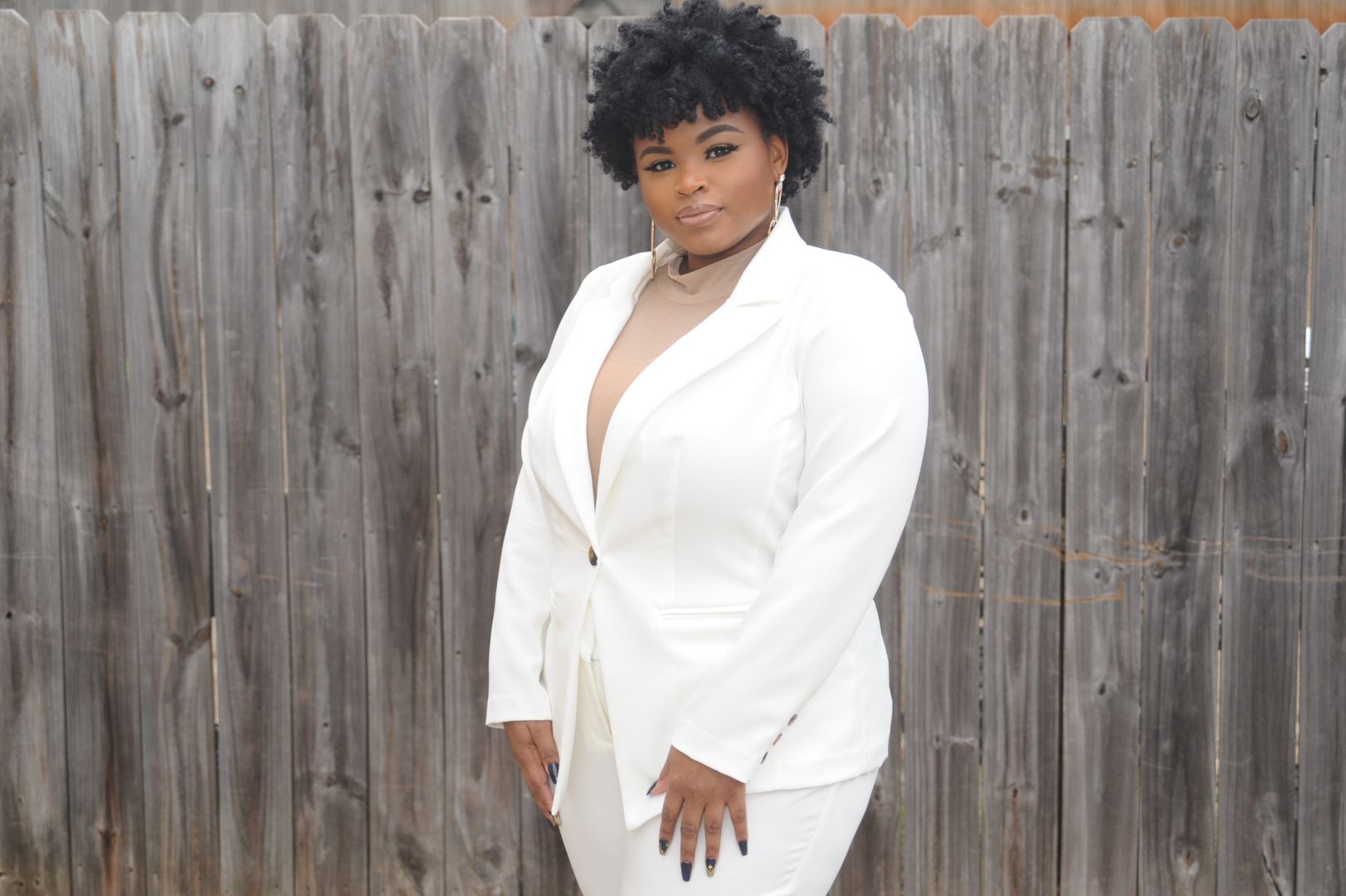 I’ve been creative for as long as I can remember. Though, when I was younger, my mom used to watch the Oprah Winfrey show every single day after we got home from school, faithfully. Usually I would watch the show with her and Oprah’s story and philanthropy inspired me. So, when I was around 8, I told my mom I wanted to be millionaire, just like Oprah, so I could give back to my community. At age 9, I started my first business, Jazzi Jeanz, where customers would give me their denim clothing and I would paint custom designs on them. I painted anything from cartoon characters like Elmo to breast cancer awareness jackets. After an earthquake hit Haiti in 2010, I did my first fundraiser where I hand-painted and sold over $300 worth of t-shirts and sent the money to an all girls school in Haiti to help recover after the hurricane. Since then, I’ve started multiple businesses and participated in many pitch competitions. I enjoy the entrepreneur life and I’ve known since I was a kid that I wanted to be a creative entrepreneur full time. Read more>> 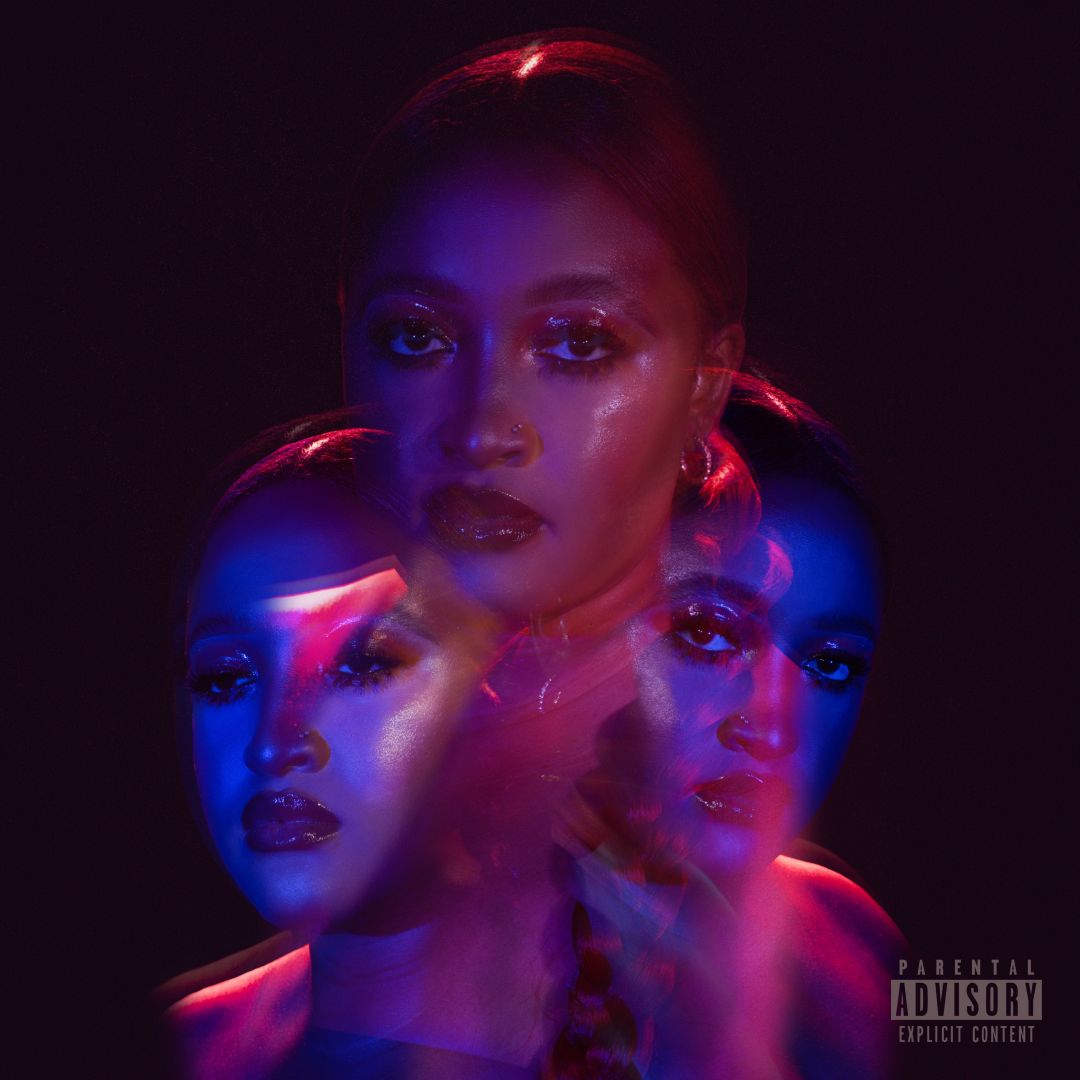 I chose to pursue a career in music because when I sing and create music I feel the most free, excited, and happy. I have pursued other career paths and music keeps pulling me back. I believe being an artist is my calling. Read more>> 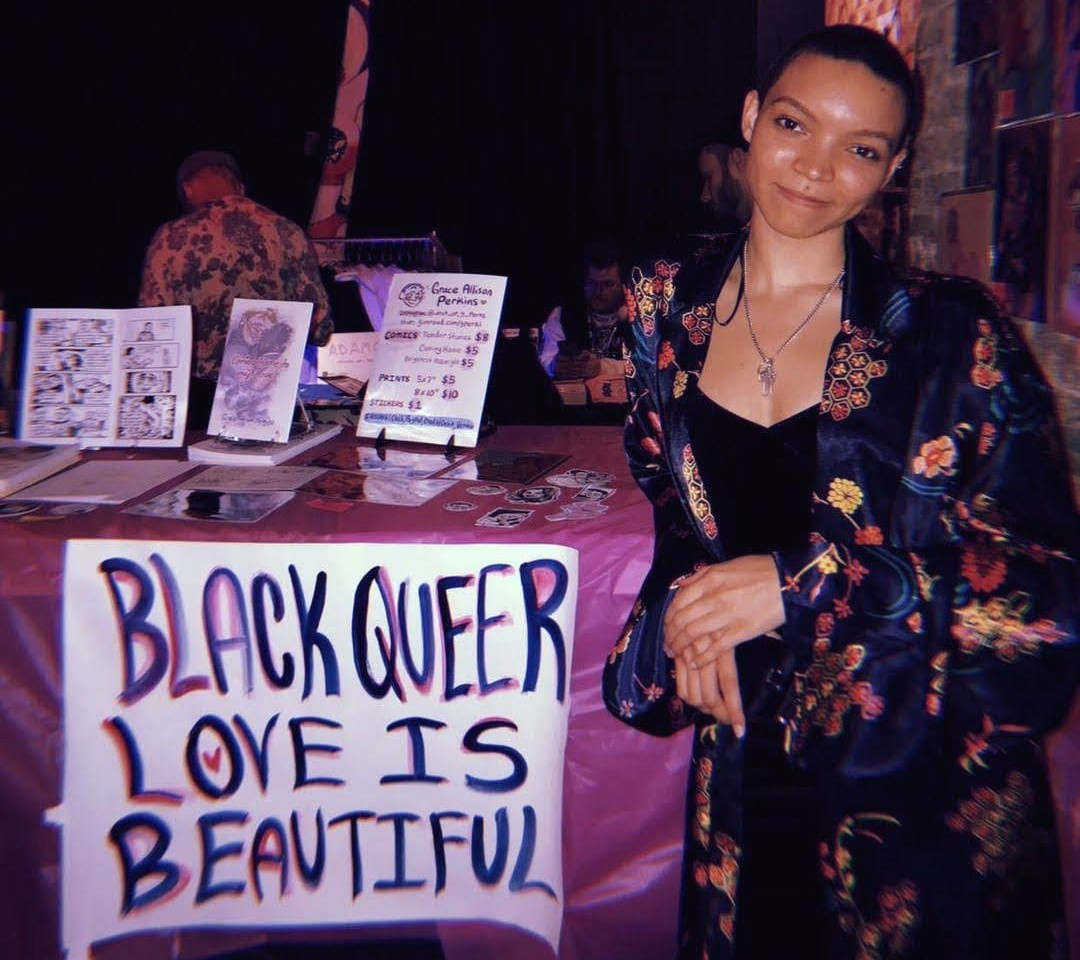 I feel like I have to be open about my very emotional and obsessive relationship with drawing and painting. A lot of how I describe my goals and aspirations with my art sound really cheesy and it translates into my comics and illustrations. I earned my BFA in Illustration, but my heart has always been with making comics and my habit with presenting narratives in my art are often present in my illustrations as well. Art has always been my natural way of communicating for as long as I could remember. Every part of my journey as an artist, has actually been an at least 15 year process of solidifying my identity as a creator. I don’t consider myself to be a particularly social person, but I’ve always craved a sense of community with hopes that I would be able to openly exchange experiences with other artists who have a similar desire to learn from other creators and new perspectives. Read more>> 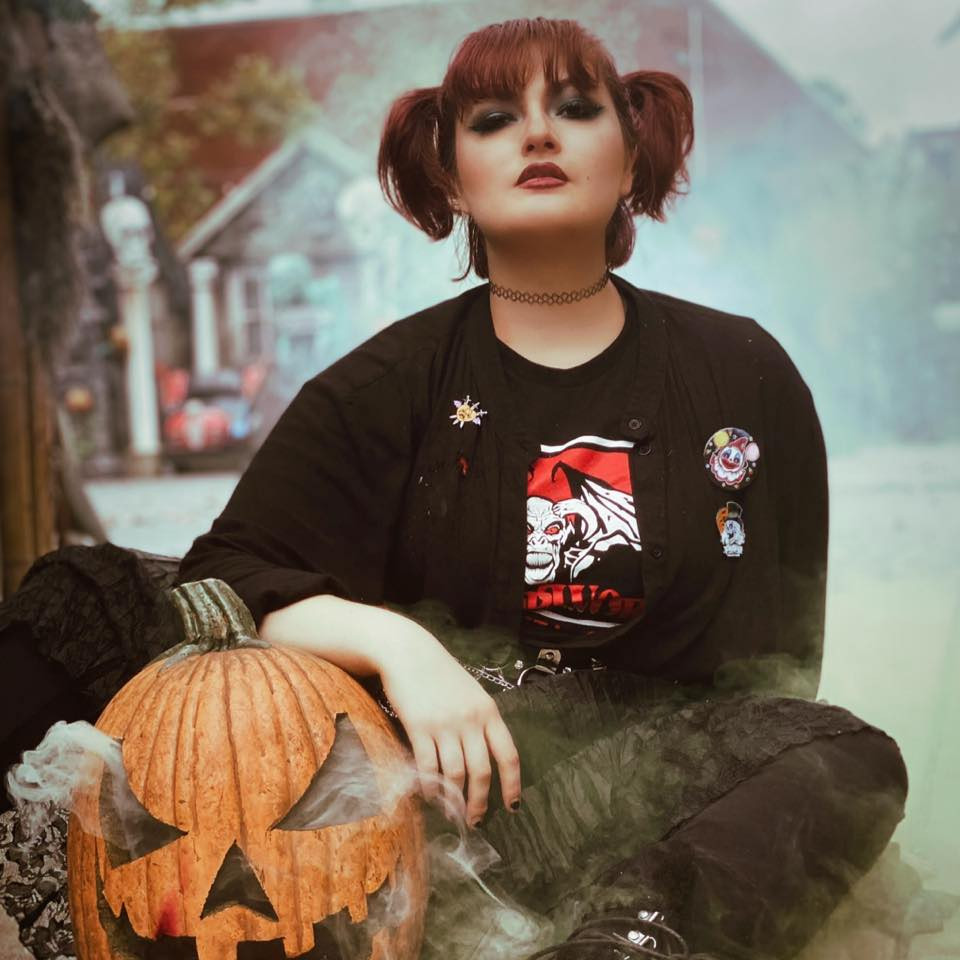 I chose an artistic career because it’s what flows naturally from me. Art has always been a part of who I am. Growing up, my face was always stuck in a sketchbook, scribbling away, pulling inspiration from literature and people around me. I heard that I was talented a lot as a kid. People were always asking me if I wanted to pursue art as a career, but I also heard other voices remind me that art “wasn’t a real job”. I tried desperately to cling to some form of creative venture or another, but I wouldn’t allow myself to just be an artist. It got to a point where I was living a depressing life–an exhausted and unfufilled make up artist for Sephora who would come home and paint until my fingers were aching and my fingers were numb. I had to choose. Jumping into the unknown as a full-fledged freelance artist? No guarantee of money? No guarantee of being able to pay rent?…Or security and misery? I couldn’t allow myself to live as a zombie anymore. So…I lept. It was the best thing I ever did for myself. Read more>> 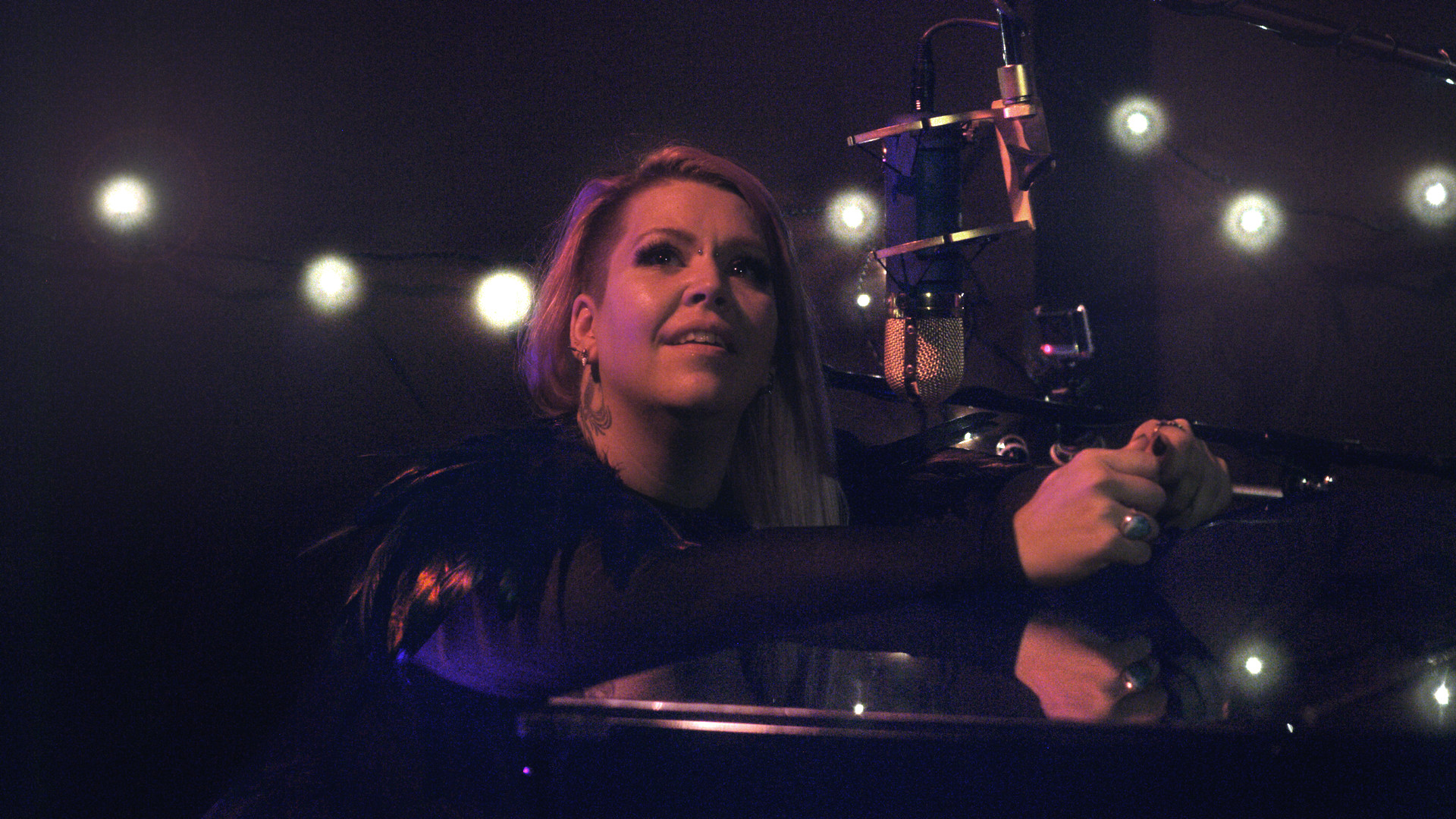 I have been given some pretty intense alien-level abilities when it comes to music and creativity, therefore I have an unspoken promise to use these unique gifts to keep cultivating and expressing them positively. The more I show all of my colors within a song, album, and performance, it unlocks something within my listeners, and allows them to embrace themselves and to not feel alone. Read more>> 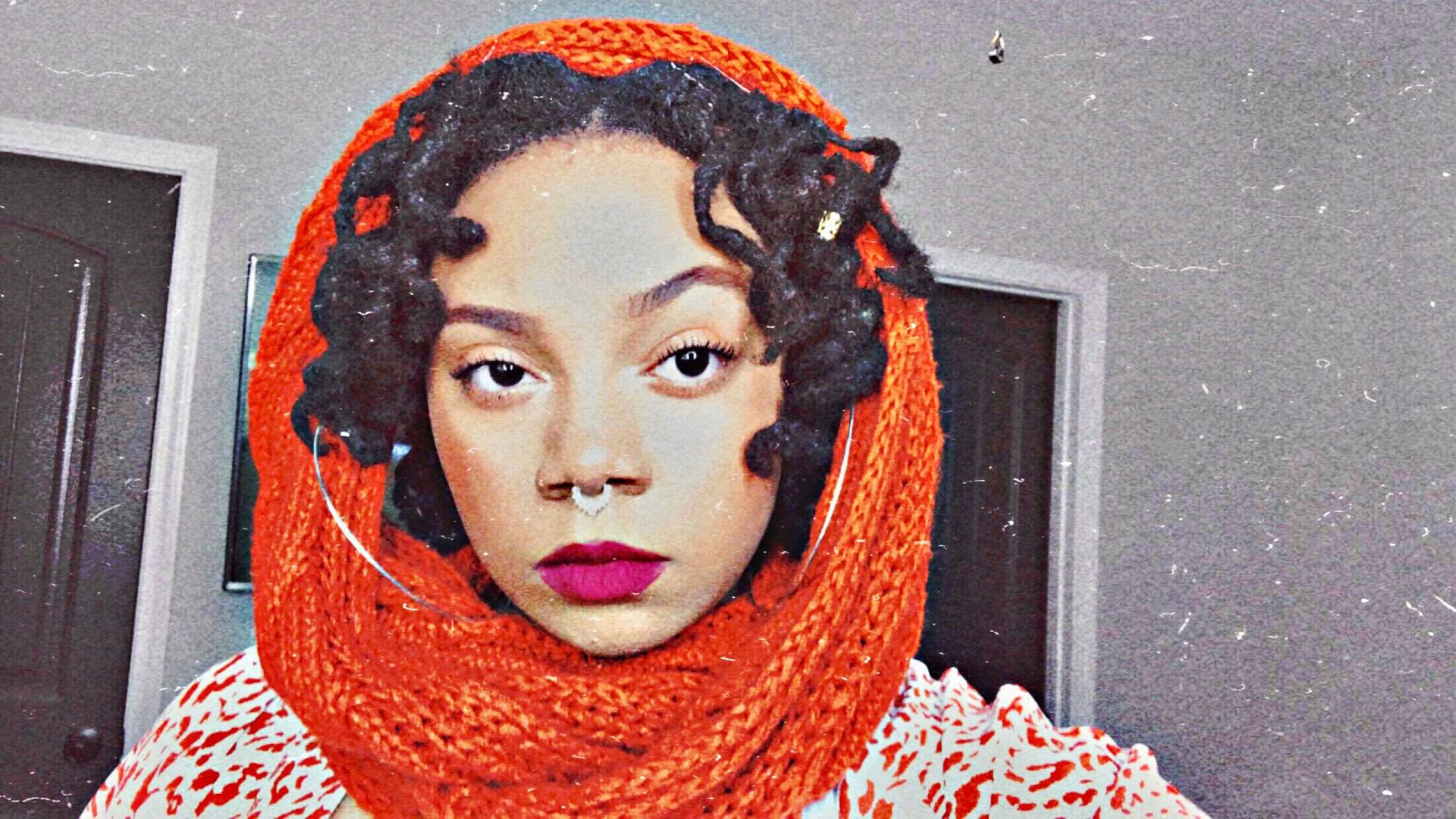 I pursued a creative career because I’ve been a creative for as long as I can remember. I picked up my first camera when I was 12. Before that, I would steal photo albums and make collages of my family. I also drew a lot and wrote poems when I was a kid. I’ve always found ways to express myself creatively so it just makes sense for my career path to reflect that. Read more>> 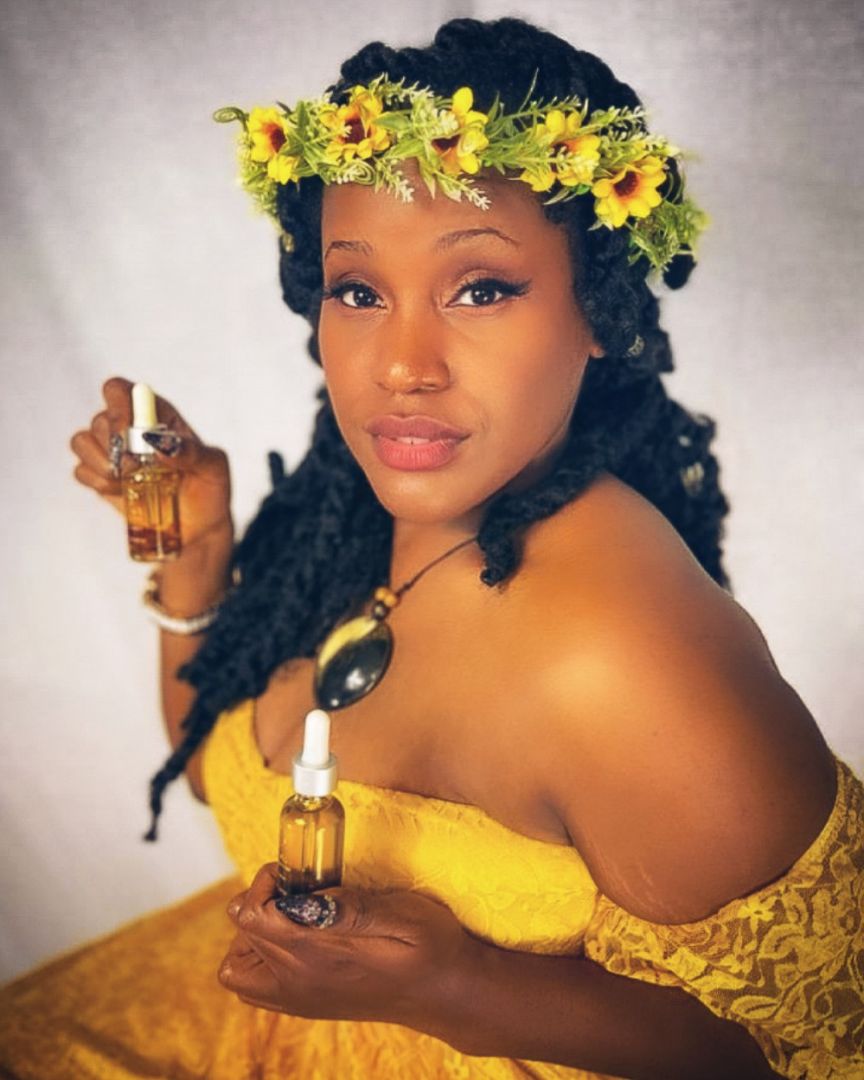 I always wanted to do things that were creative, but my parents had other ideas. Whenever anybody asked me what I wanted to be when I grew up, my response was always: everything. As early as 2 years old I was already singing, dancing, and even cooking. I found beauty in every aspect of life, admiring every detail, and desiring to do it all. But my parents would always have something else in mind, wanting me and my siblings to focus only on our academics. Our family comes from Haiti and they came here to the US with nothing but the clothes on their back and a passion in their hearts to start a new, better life for their growing family. They did not see value in the arts, because it was not a guaranteed sustainable way of life in their opinion. They only saw value in that which was concrete and strictly logical, such as the Sciences which is why they now have three children who are all in medicine. Flè Solèy reignited my passion for the arts. I found that for so long I kept this vibrant side of me dormant to the point where the creative spark in me was almost snuffed out. Read more>> 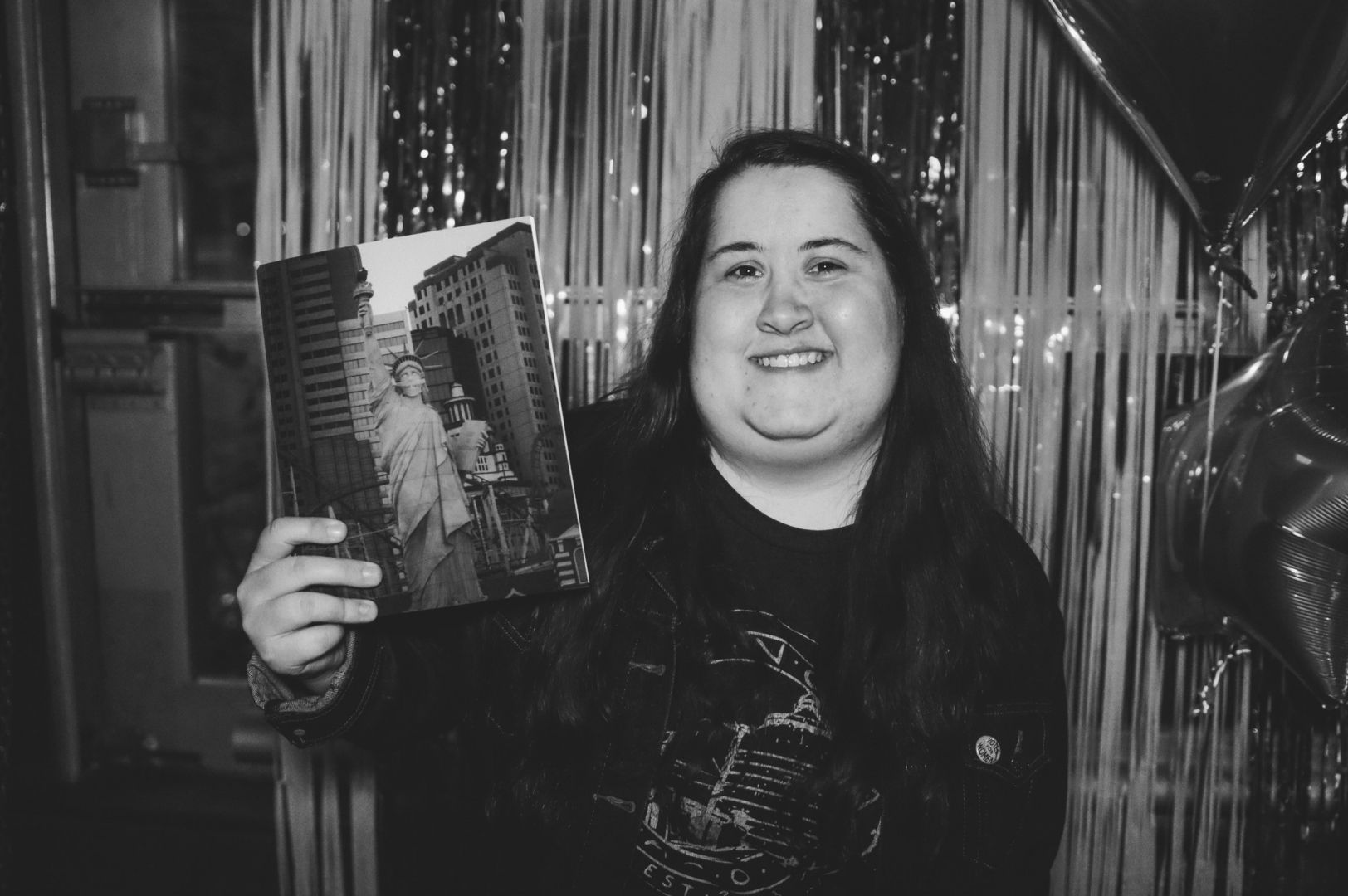 I can’t see myself doing anything else. My first memory as a kid of being a “creative” was writing a 7th Heaven remake in 4th grade. It was never shown to anyone but it existed. I’ve done everything from producing a song to making glass bead jewelry. It just comes naturally. We often moved, which guarded me a bit from inviting people to our house. So, it was about entertaining myself, too. Today, I focus primarily on the photographic medium. With that, it’s about telling stories through visuals. During the mandated shutdowns last year, I created a photography book that told the story of 2020 through my images. It is a self-published piece and it goes back to my truth, which is creating has always been an outlet for me. Read more>> 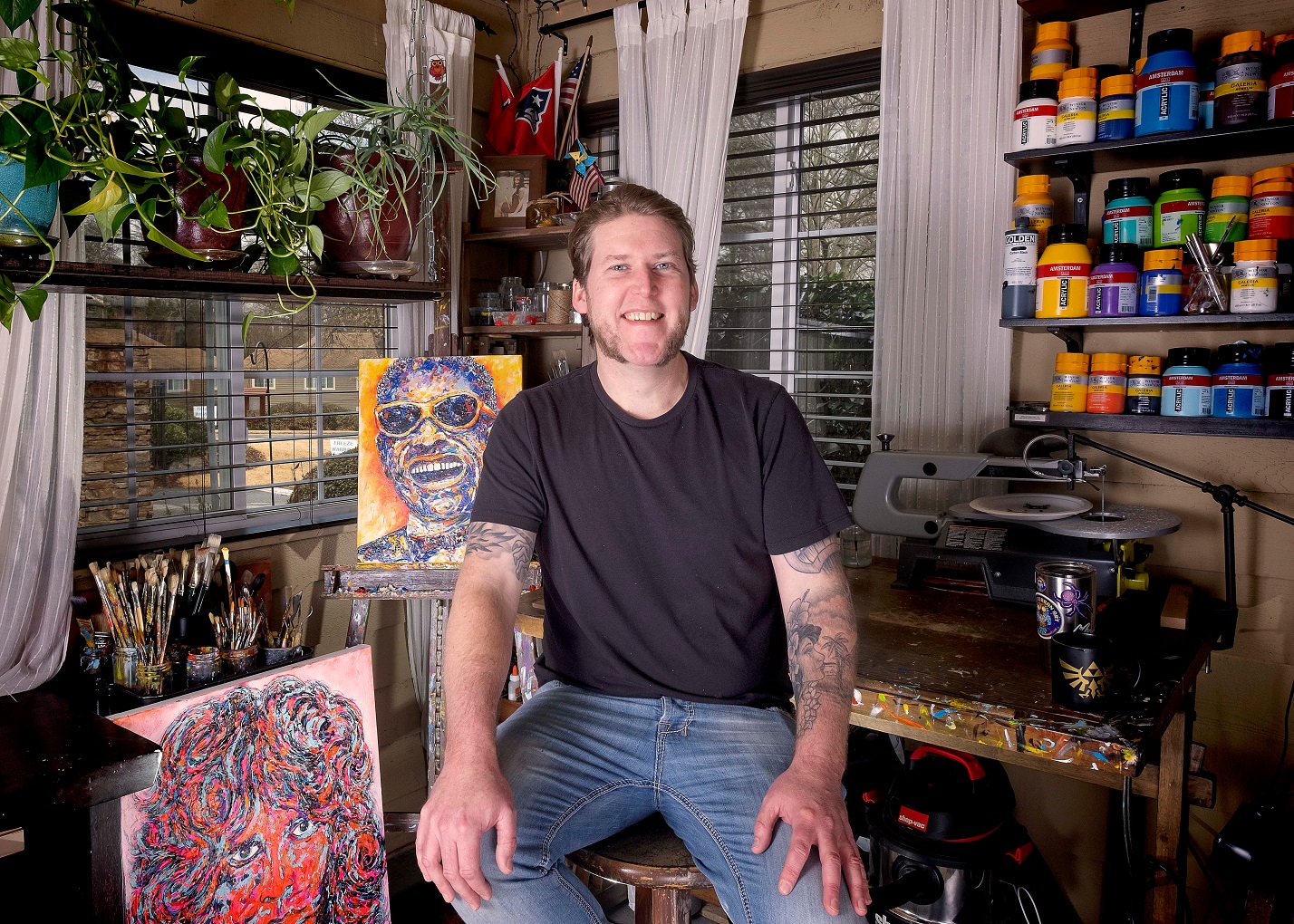 I am not certain that I ever consciously chose to be an artist. I believe it was something that just naturally evolved within me as though it was a part of my genetic make up or just part of who I am. As a young kid creating art gave me confidence and excitement and it felt like I had found the one thing I was good at. I would look forward to my art classes and the idea of going to an art school always lingered in the back of my mind. Art also gave me a strong sense of individuality and independence that I craved. I became absorbed with the practice of combining my mind with my hands to create and all of this only became more powerful throughout the years. Read more>> 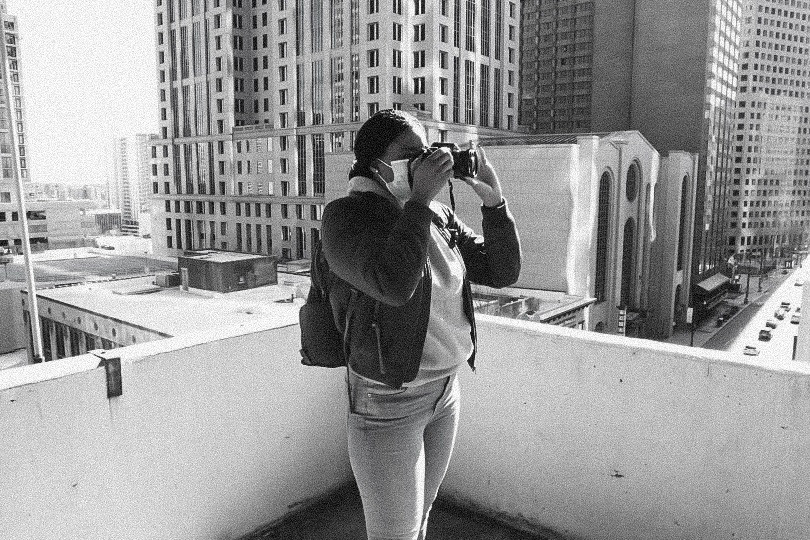 Photography has always been a love of mine, but I never thought I could make a career out of it. I hit so many road blocks in my 20s and everything I tried to pursue just didn’t work out for me not only were things not working out for me but I felt deeply unfulfilled and I finally decided to take a chance on my passion and see what I could build for myself through my love of photography. Read more>> 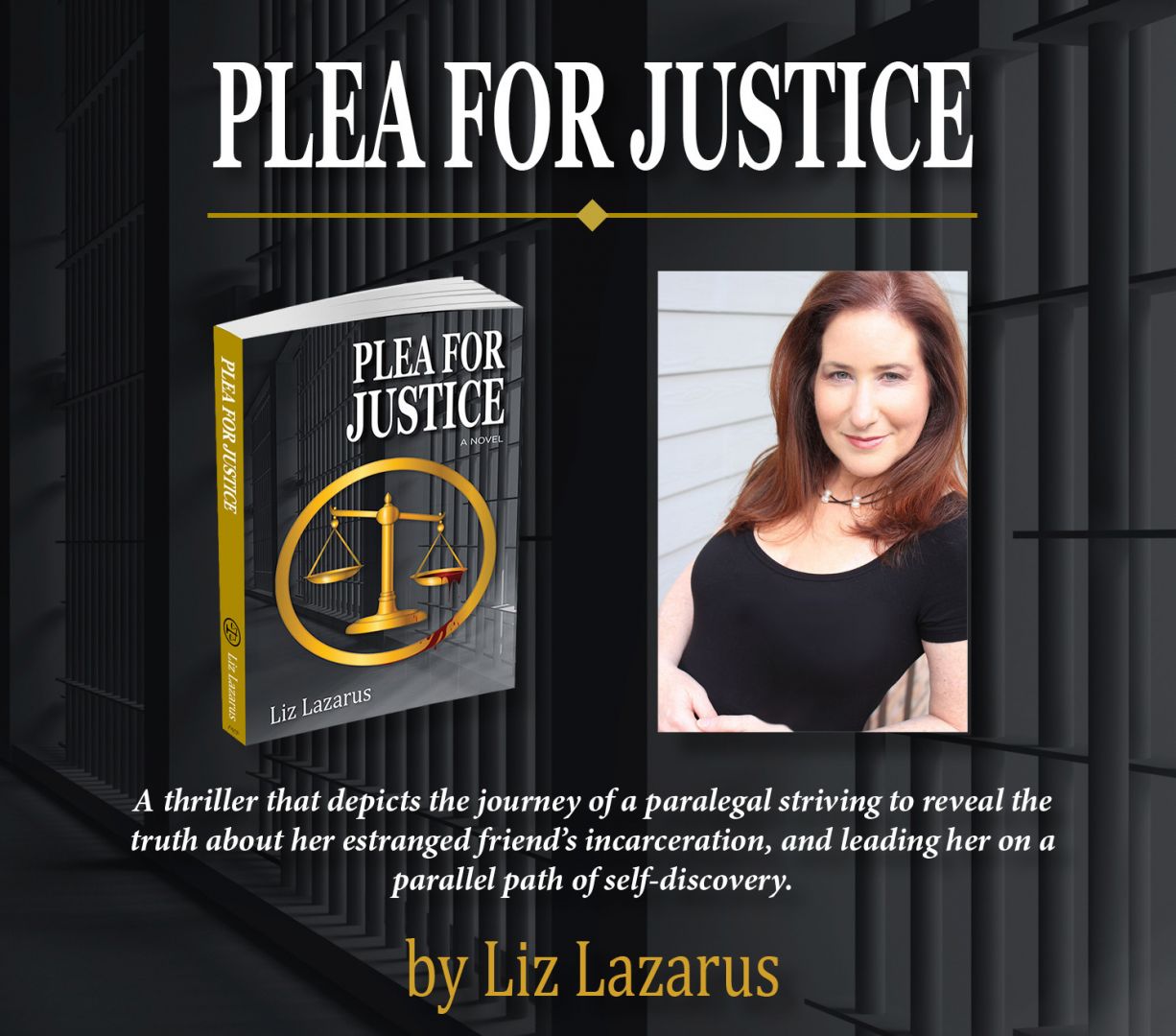 I’m an engineer by education and spent most of my career in business, but my first book kept nudging me to write it … to the point that I could no longer ignore the calling. “Free of Malice” is fiction but based on a real event in my life. Once it was published and checked off my bucket list, I didn’t intend to keep writing. The reviews, however, were so encouraging that I tackled a second novel, “Plea for Justice” and am just about to launch a third. My books are in the thriller/suspense category with strong protagonists and I like to throw in a twist at the end. Read more>> 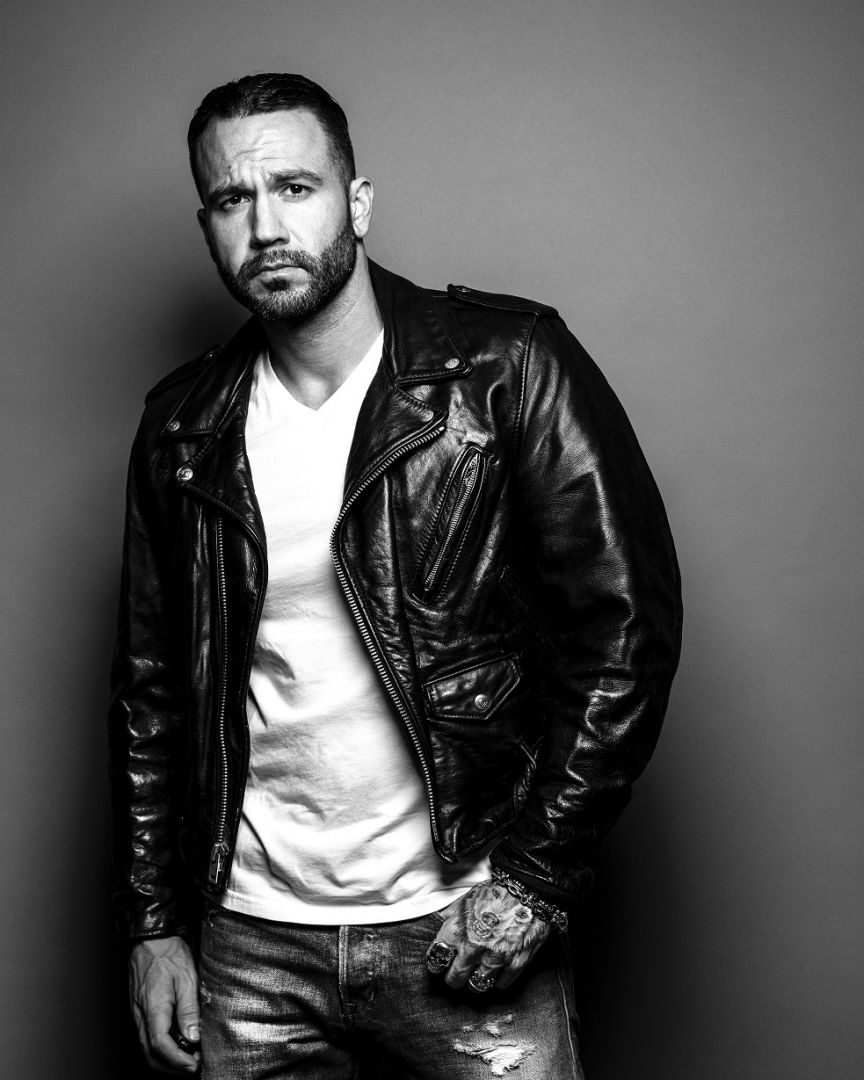 I’m not a fan of rules or structure this is why I gravitated towards photography and the arts. I like to be free of any restriction and create art that I like rather than, please the masses. Read more>> 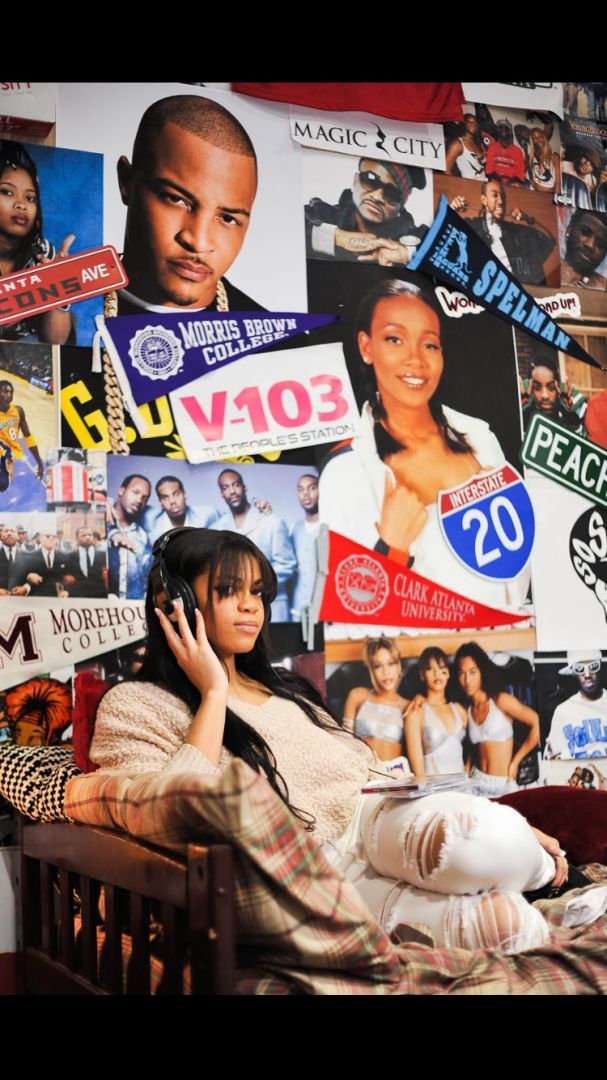 With the way I’ve grown up I’ve always been drawn to music. My Grandfather was a well known trumpet player. Phillip Guilbeau he’s played with Ray Charles, Otis Redding, Frank Sinatra, Count Basie and more!! And my father was a Guitarist, Piano player, Producer and he was an Artist as well!!. He traveled around doing shows until he had kids and decided to stop. So it’s pretty funny that I decided to go in the same direction. Read more>> 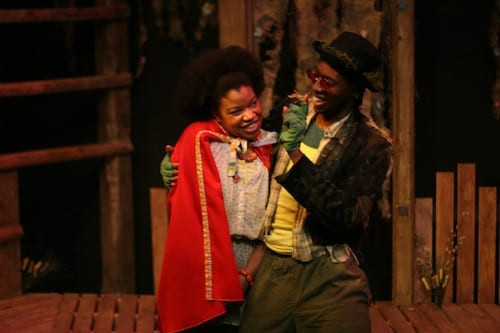 I chose to pursue a creative career because I could not see myself doing anything else. Ever since I was a child I have always wanted to be involved in the arts in some capacity. I began as a performer, but wanted to do something more meaningful, so I made the switch to theatre education and haven’t looked back. I wanted to make a difference and for me, I have found being involved with the arts the best way to do that. Read more>>

I always loved music, singing, comedy, acting. I’ve studied voice with some amazing voice teachers Tamara Anderson, Jeffrey Morrow, Randy Buescher, Andrew Schultze, I took acting classes in high school Highland Park High School and did their summer theatre program in the late 90s, did choir from elementary school, middle school, high school and college. I got my degree from Columbia College Chicago class of 2007. When I was a college student in 2003 and 2004 i was involved with About Face Youth Theatre as an actor and in 2004 they gave me an internship summer of 2004 so I got to learn the business side. 2017 I was in a adult band at School of Rock in Libertyville and took voice lessons there and I loved it. I ended up moving to South Carolina in 2018 so now I’m taking lessons at Bach to Rock and just did a showcase. I love performing at open mics, writing songs, playing keyboard. I learned the keyboard in college fall 2004 but I’ve been taking lessons for 6 years. I also studied improv at Columbia college Chicago, Improv Playhouse in Highland Park and Libertyville, Theatre99 in Charleston and online through Front Porch Theatre. Read more>>