We had the good fortune of connecting with Tracy Tolliver and we’ve shared our conversation below.

Hi Tracy, what role has risk played in your life or career?
Risk has played a huge role throughout my life and career. Most people don’t like taking risks because they can be scary. But to be successful, you must be ok with being a little scared sometimes. It’s the only way that you are going to get to the next level.

The name Tracy means “Warrior” so I’m always taking risks head-on. Everything from joining the military and going overseas, to leaving my corporate marketing job for the Internet has been one big risk. Even stepping out to pursue my dream of acting led me to take the risk of writing and producing my own content. 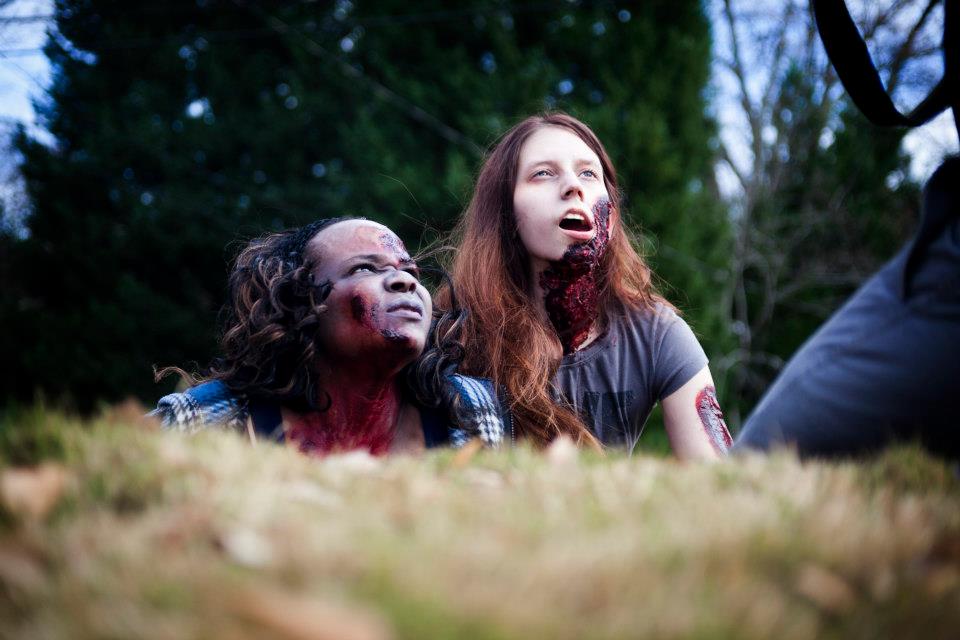 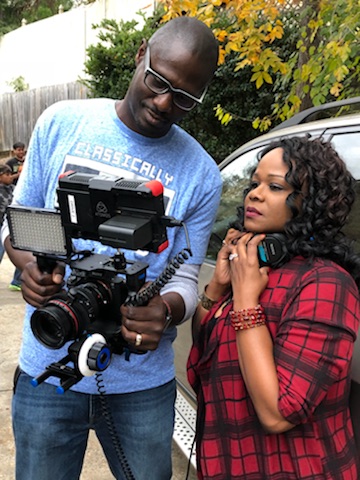 Can you open up a bit about your work and career? We’re big fans and we’d love for our community to learn more about your work.
Actors are the communicators of the human experience. I am basically a storyteller with a vivid imagination. Whether it’s through my work as content strategist on the web or as an actor and producer in film and television, being a storyteller who isn’t afraid to speak my truth is what sets me apart.
Writing is my gift; it comes very natural to me. Throughout my career, I have had to write or communicate ideas, business processes, news stories, product descriptions, ad copy, marketing strategies, etc. Little did I know that all this was training me and giving me the confidence to write and produce my own content.

The pilot for my web series “Diva, Interrupted” won several film and acting awards, and it’s now listed on Coverflys’ Red List as one of the top-rated web series screenplays of the year. We were planning to start production on the series earlier this year before COVID-19 shut everything down, hopefully we will have everything back up and running by the fall.

Acting on the other hand has always been a challenge. It’s something that I have to work at constantly. After years of working in television, commercials, and short films, I am proud to say that I booked my first feature film, “Lady of the Manor” with actor/director Justin Long earlier this year.

This journey hasn’t been easy, it’s been riddled with delays, rejections, disappointments, and setbacks. But I learned that everything works together for your good, and those setbacks are there to set you up to make you stronger, so you can succeed in whatever it is that you are called to do.

At age eight I said I wanted to be an actor and an artist. For years that dream was put on hold and eventually buried, it’s now a reality. We all have a story, a journey that is unique to us, some may take a little longer to tell, but those always end up being the best ones.

Any places to eat or things to do that you can share with our readers? If they have a friend visiting town, what are some spots they could take them to?
On Friday it’s happy hour and dinner at the Garden and Gun Club, then some golfing at Top Golf. Saturdays are great for art festivals, and Atlanta has some of the best in the city and throughout the metro area.

Then I would take them to a day party at one of our local bars, we love our day parties here in Atlanta, some of my favs are Cafe Circa and the Atlantis Restaurant and Lounge. For Sunday brunch, The Atlanta Breakfast Club, Canoe, or Revival are tops on the list. We then can go check out the Sweet Auburn Market and tour the Historic MLK District.

We can take in shopping and a Braves game at the Battery, or we can ride bikes on the beltline. I also love Ponce City Market, the rooftop is great for playing games, dinner, drinks and looking over the city, and later take in some live music at the City Winery.

There is also the City Pass where you can check out the GA Aquarium, the National Center for Civil and Human Rights, the CNN Center, and the World of Coca-Cola. 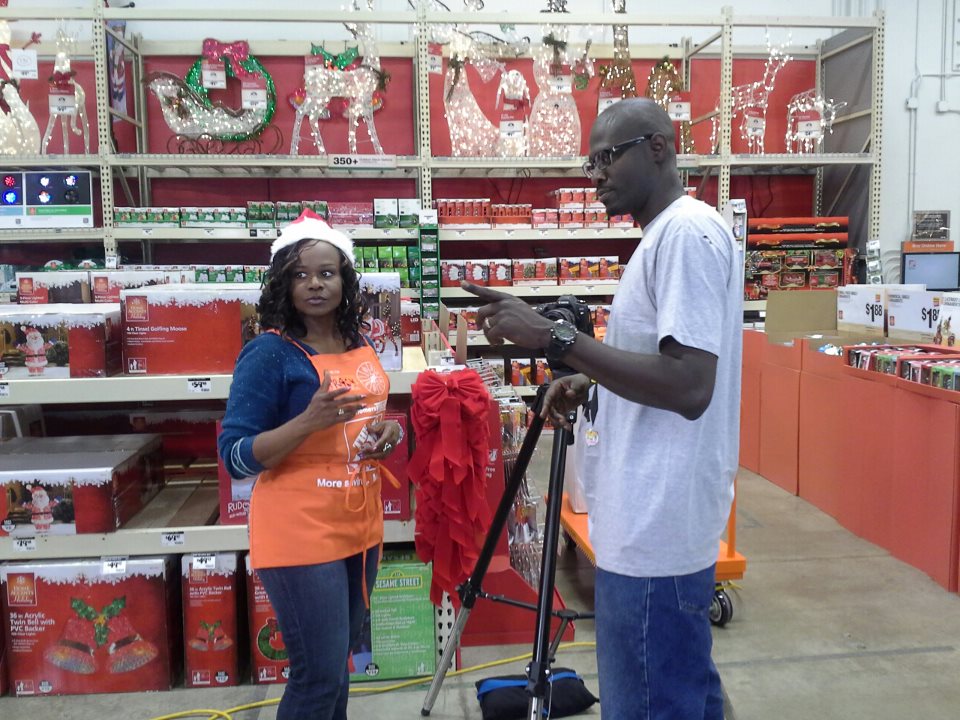 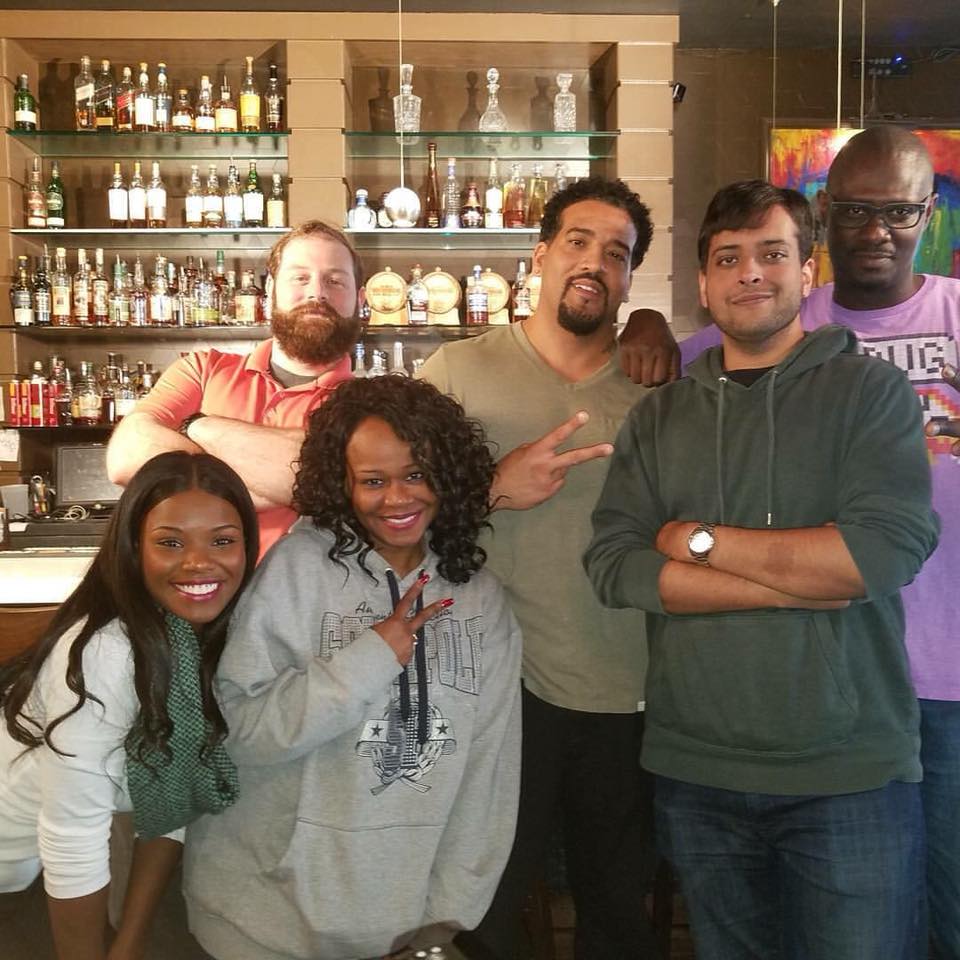 The Shoutout series is all about recognizing that our success and where we are in life is at least somewhat thanks to the efforts, support, mentorship, love and encouragement of others. So is there someone that you want to dedicate your shoutout to?
I want to recognize my friend and writing/producing partner Bridgett Ladd. She’s the one who inspired me to step out on faith and branch out into writing and producing films.

Bridgett and I met years ago while we were working as actors on a film for the 48 Hour Film Project in Atlanta. Shortly after she began writing, directing, and producing her own films. After seeing her posts on social media, I immediately called her and asked, “How you are doing this? I want in!” The rest is history.