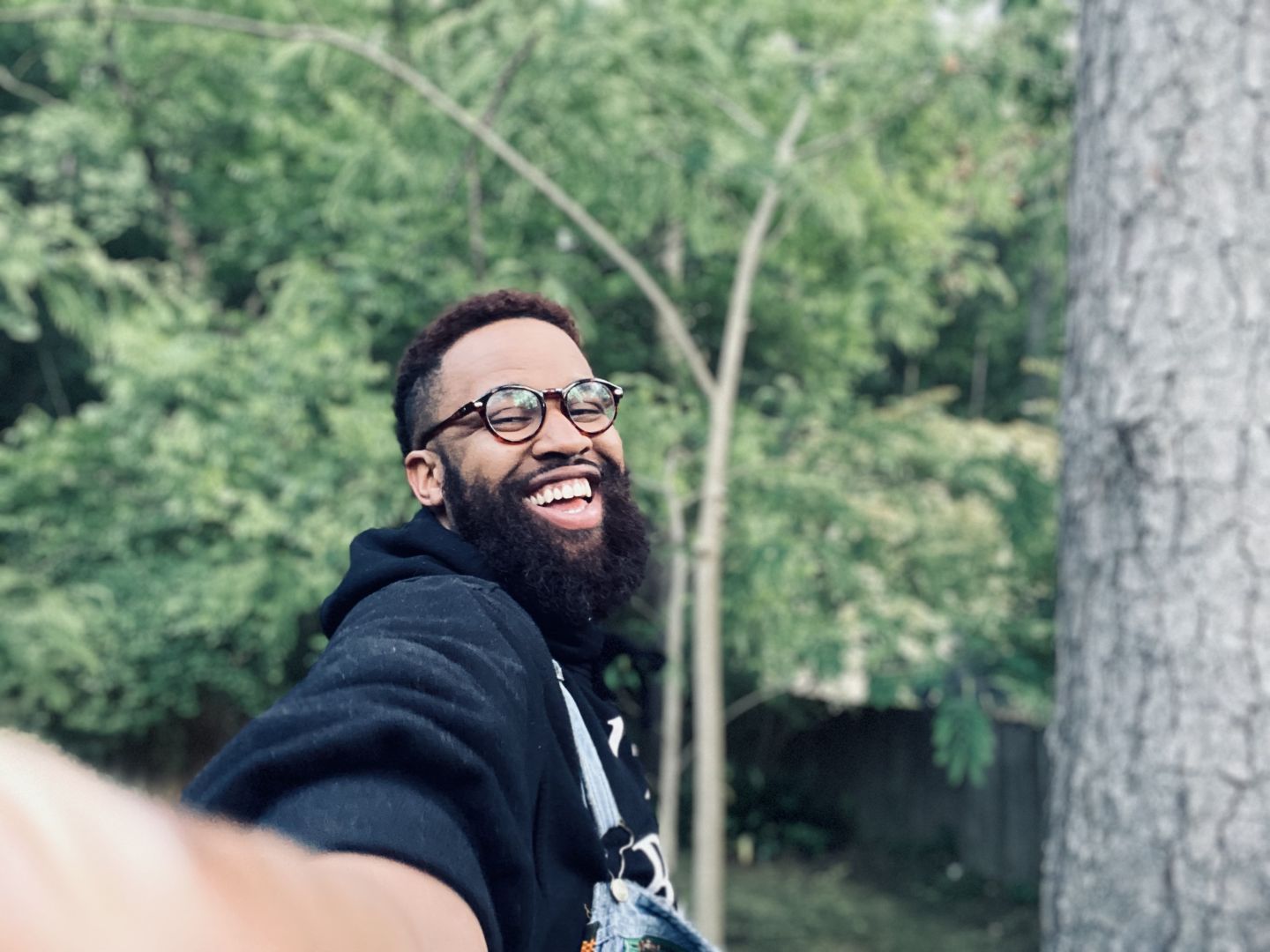 I chose an artistic career because I’m a Creative to the core. Everything about me leans to develop, originate, and express and it’s been that way all of my life. I enjoy finding ways to make people feel heard and seen. Read more>> 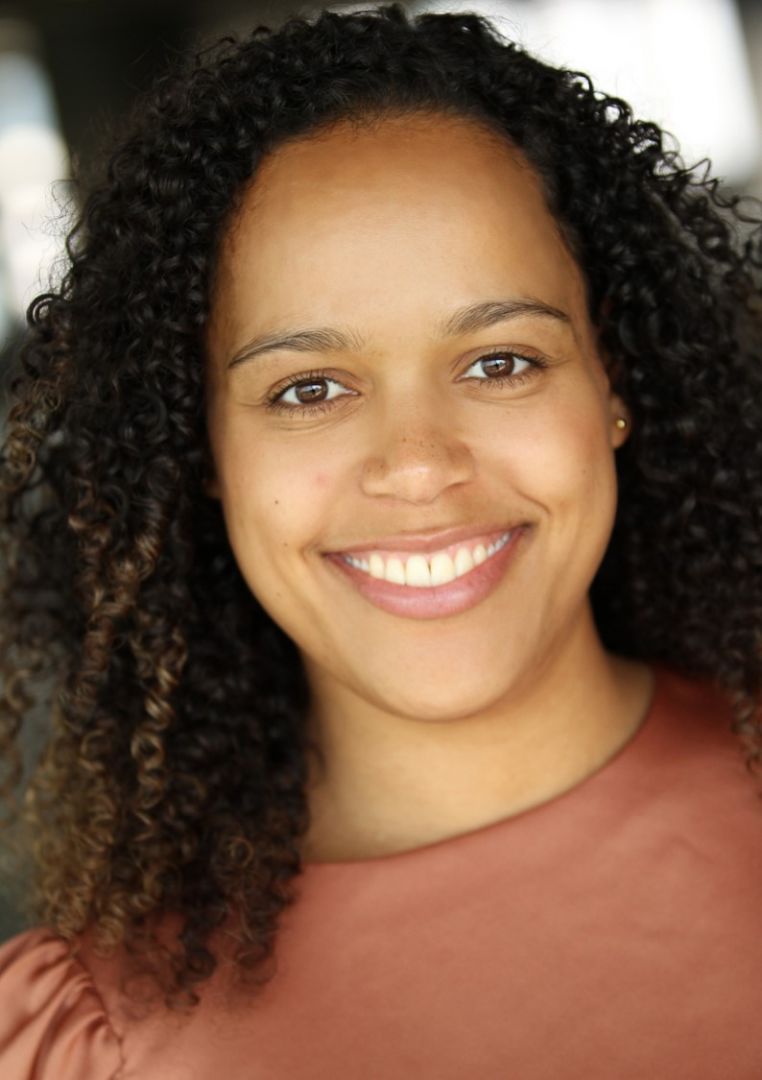 I became an artist and chose a creative career because my heart is fulfilled by this work. I do not feel passion for anything else than acting and pouring work into myself. It is one of the most honest work ever. You cannot lie to yourself neither to the audience. DO WHAT YOU LOVE PEOPLE it’ll make you the happiest person in the world. Read more>> 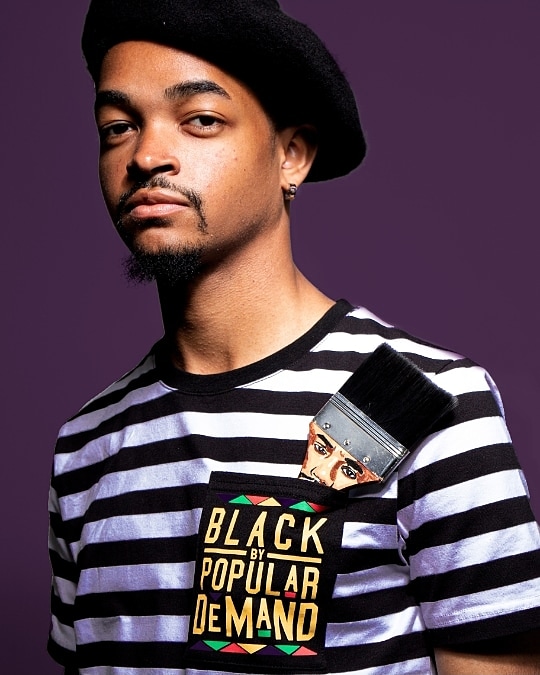 Art has always been apart of my life, it has been a passion of mine since elementary school. So as I grew up I just always wanted a career in Art cause it’s what I do best. Read more>> 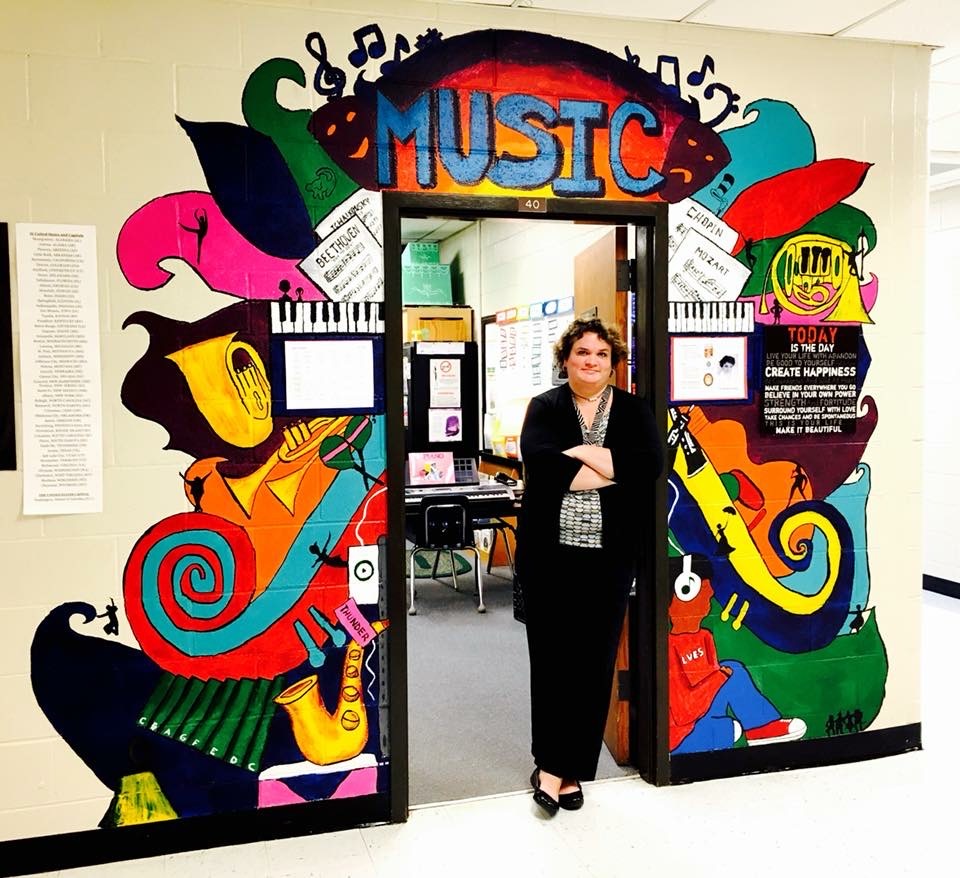 Really and truly, I didn’t choose this career. It chose me. I was raised in the home of a Southern Baptist preacher and a high school art teacher. Mom started teaching all four of us kids classical art technique at a very young age, working in mediums of oils, acrylics, and watercolors. So being raised in an artistic household, it is no wonder the arts seemed like the best fit for my career. I am the youngest of four. Eldest sister, Elizabeth, is a doctor in New Orleans. Eldest brother, Wes, is a former Marine and now works on a base in Corpus Christi. Elder brother, Graham, works for a newspaper in Arkansas. And I teach music in metro Atlanta. We all went our own ways. Read more>> 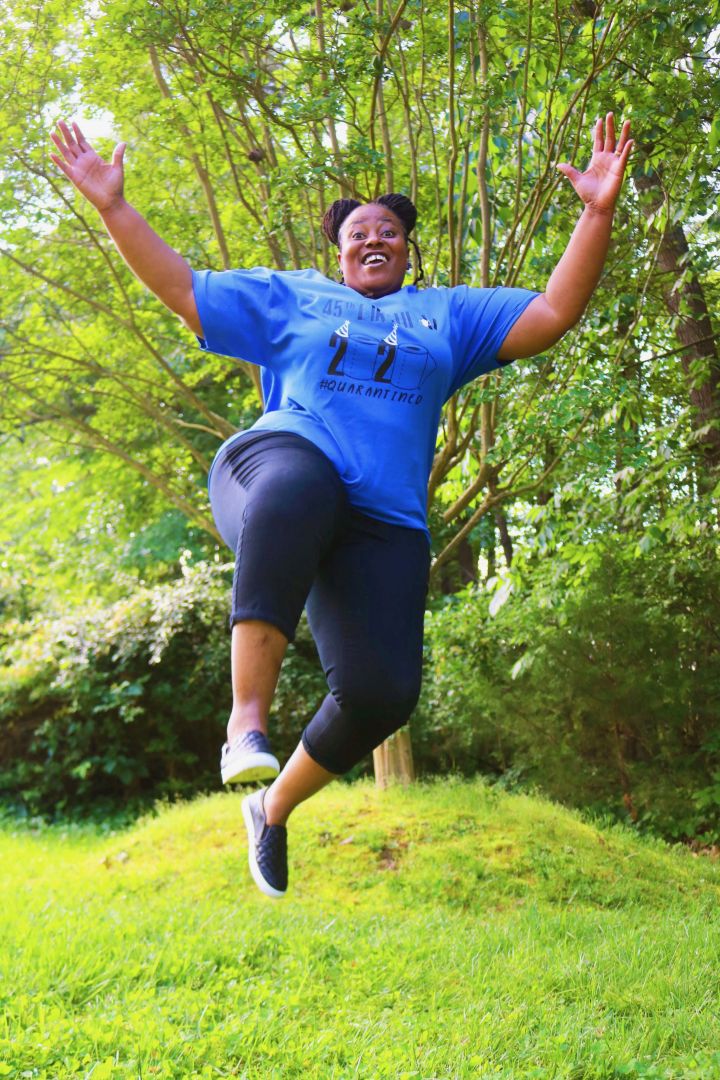 I pursued this type of career because it was always my dream. As a kid I pictured myself being an actress, but I never pictured myself writing and directing my own films. It was God’s Grace that allowed me to expand my dreams. And now my first feature film “Take A Stan” has received a distribution deal. This exciting news is the reason I’m glad I decided to pursue this career. Read more>> 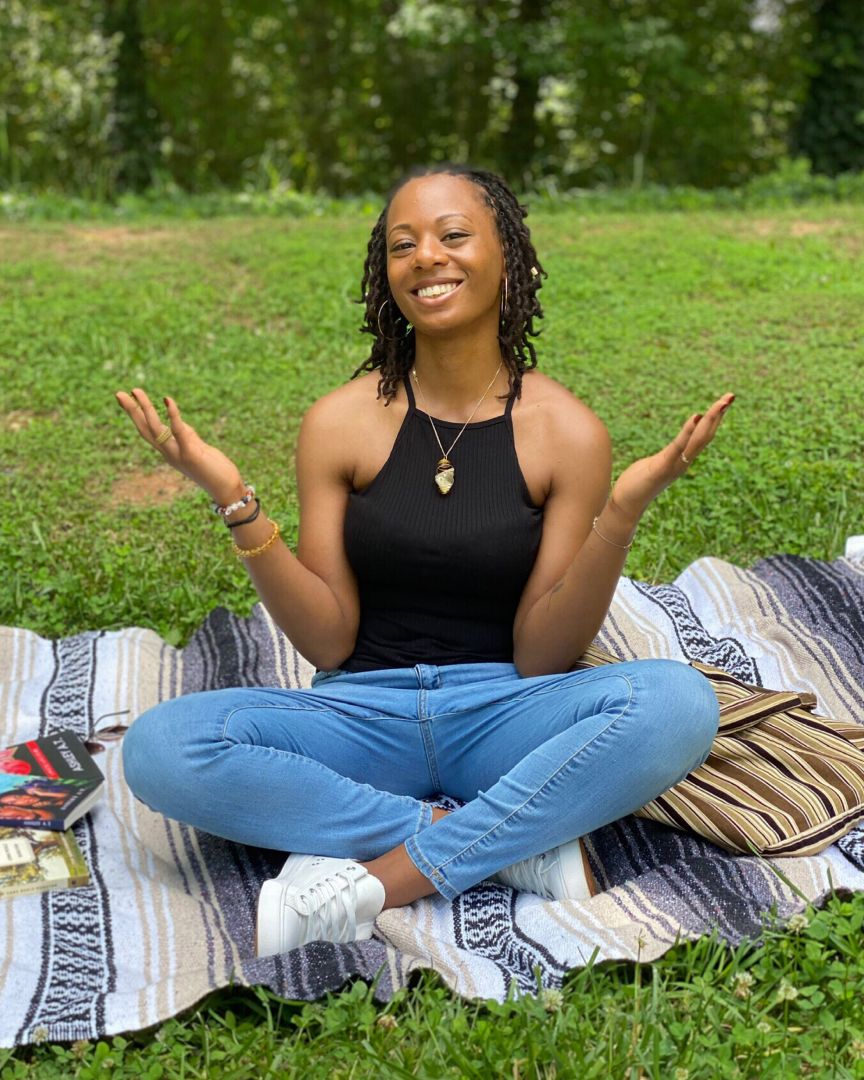 The desire and need to express one’s self is something that can’t be denied. Try it, and I promise you that it will eat away at your heart and mind until it either drives you crazy or you lose yourself to the mundane. Maya Angelou once said “I’ve learned that making a ‘living’ is not the same thing as ‘making a life’.” Although I work a 9-5, developing and exploring my creative side is a lifetime commitment that brings me the most fulfillment. My goal is always to take what I learn through different life experiences, and channel it into a creative project to help make sense of the world, not just for myself, but for others too. Read more>> 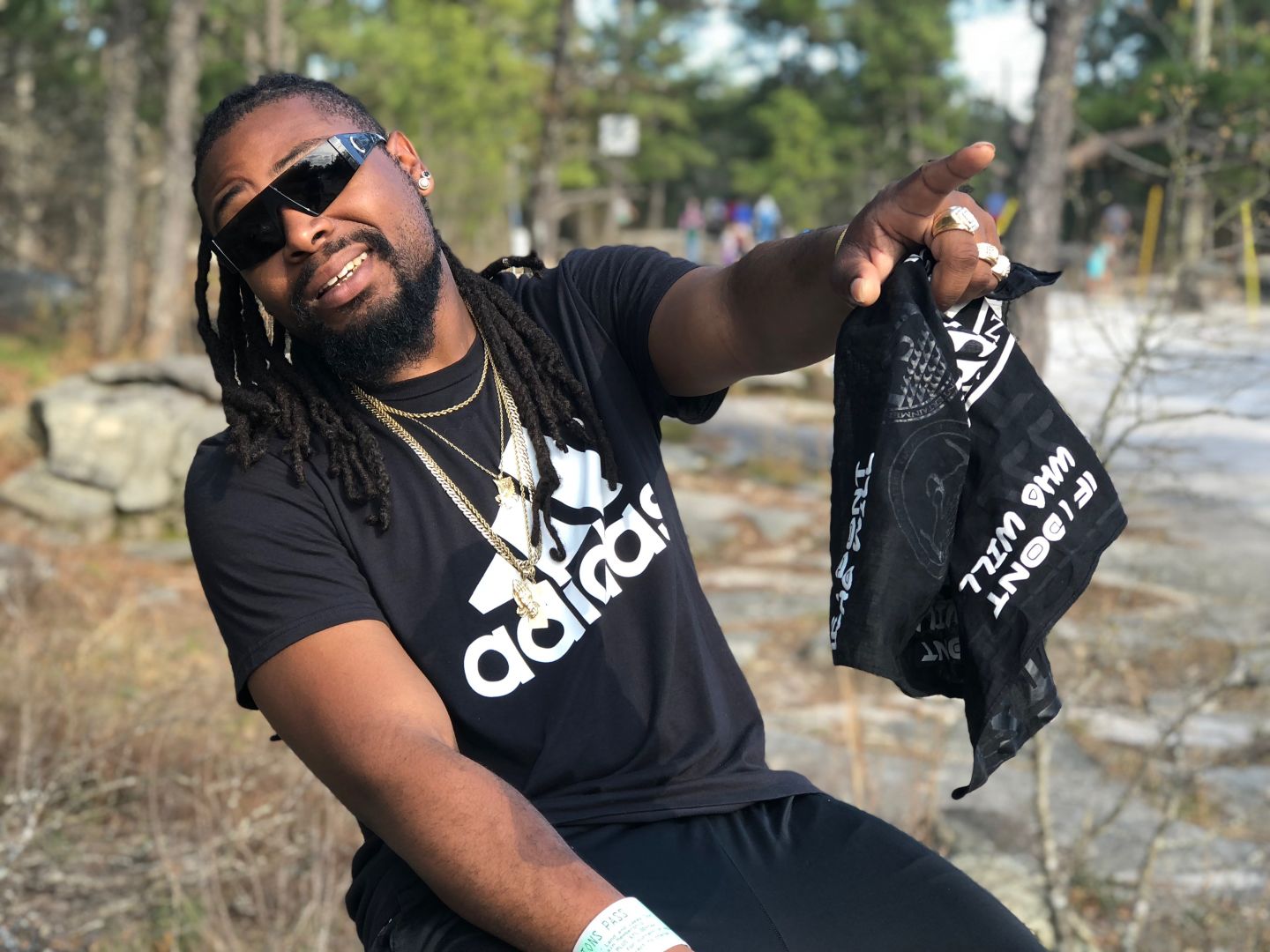 My pursuit of an artistic career began due to the lack of outlets for the subtle, yet rapidly brewing anger and aggression that I possessed at a young age. Noticing that I was growing in a world whereby dreams were muffled, silenced, or altogether assassinated, I refused to allow mine to be victimized. Whether the influence came from family, friends, or society, very seldom was there an inquiry of my desires. Comforted by art, there was a self proclaimed charge on my soul to restore balance to the universe. There were so many inadequacies that I wanted to relinquish and had no idea how, nor did I realize I had the ability. My inquiry was always persistent and drove me to map out a plan. Read more>> 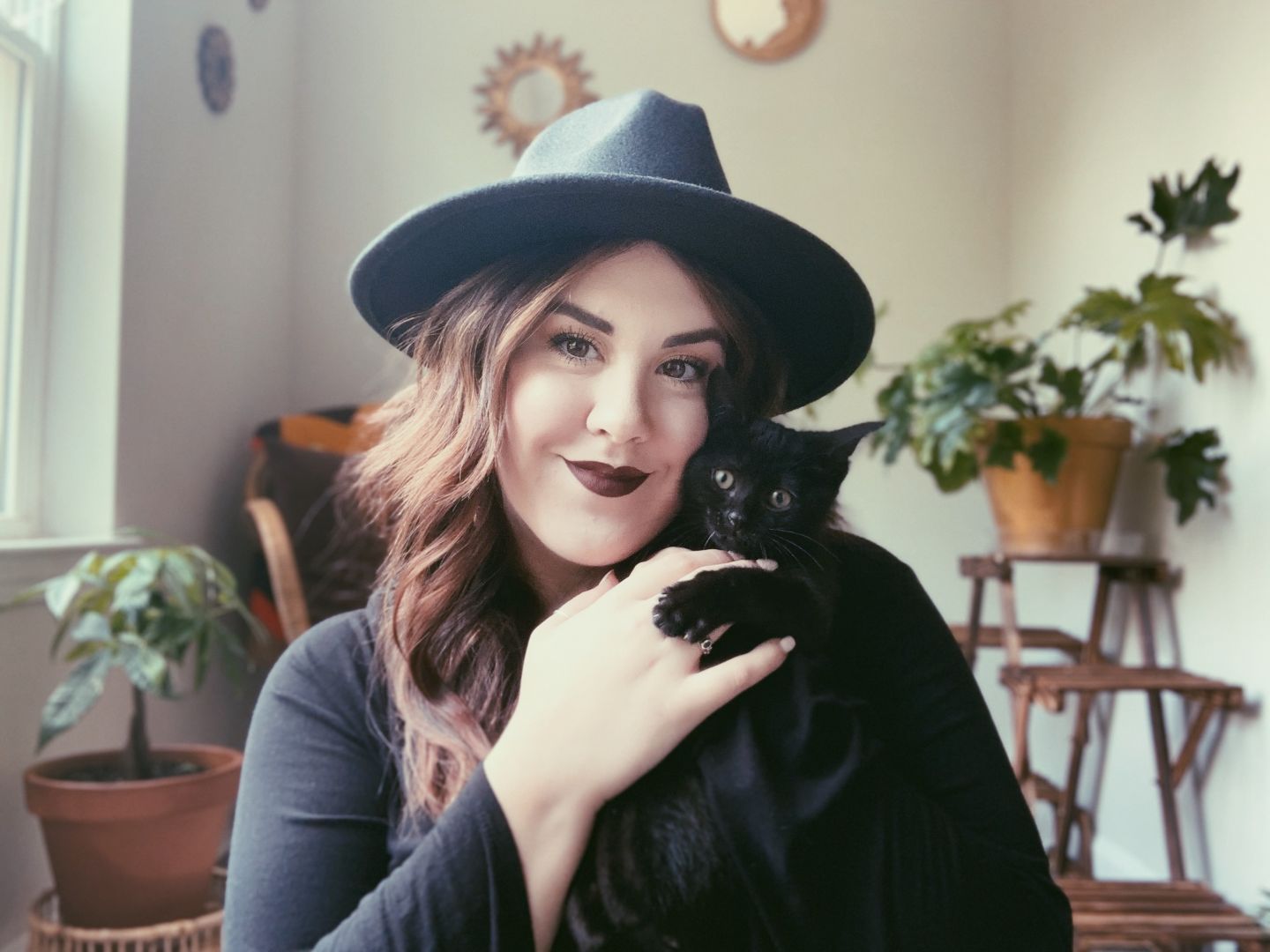 I knew from a very young age that I was a very artsy and loved to express that. I was always interested in beauty, but also into creating and drawing/painting things! For the longest time, I wanted to be a teacher. I thought it would be so awesome to be able to help and teach young children. In middle school, that changed for me. I knew I wanted to be a cosmetologist, because I could have artistic freedom to create different hair styles, colors and also help people feel their best. Read more>> 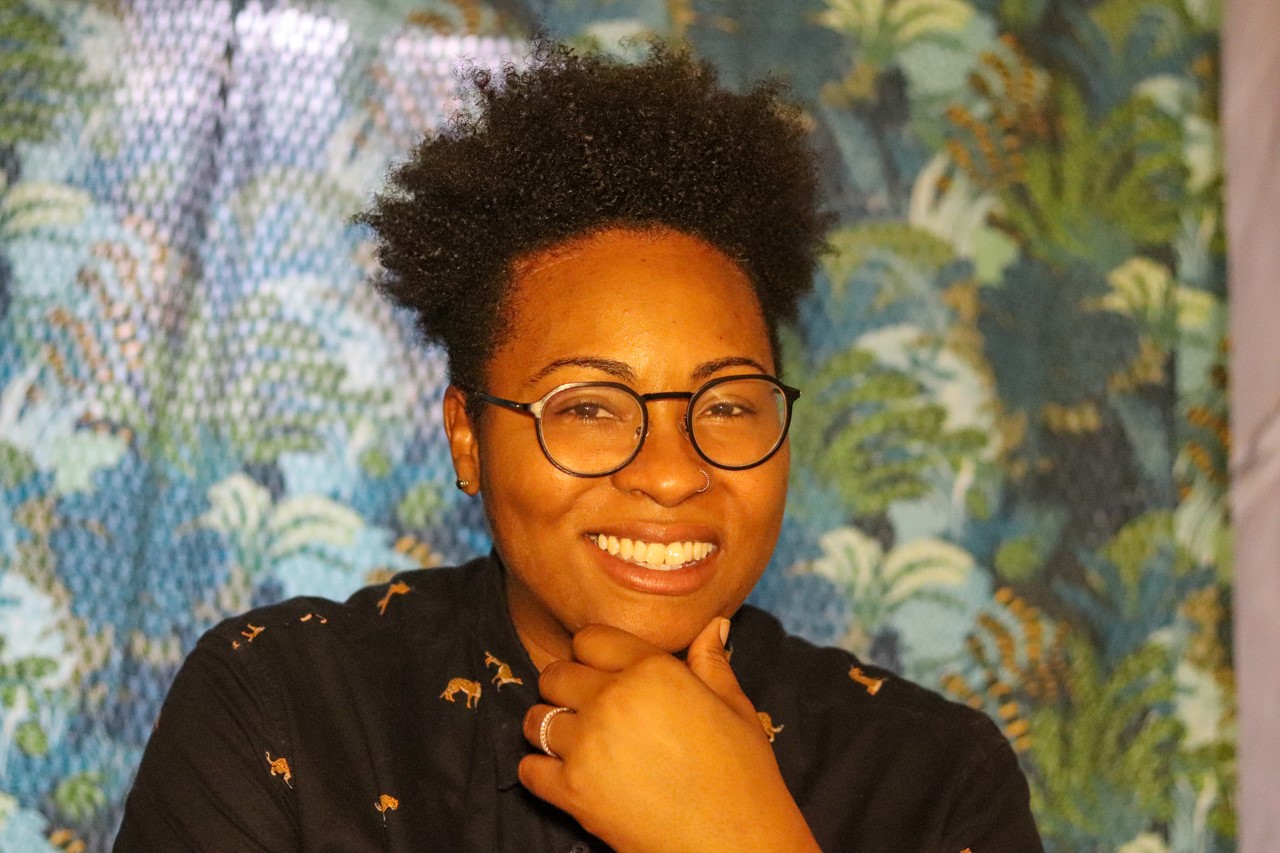 I’ve always known where my happy place was and it was always when I was being creative. I enjoyed writing stories all my life, which now has propelled me into being a storyteller through film, photography and most of all, creative writing. I feel like it’s always been in me. Everything I’ve done has led me to what I do now. For me, being a Screenwriter means I’ll never work a day in my life. I can’t think of a better motivation. Read more>> 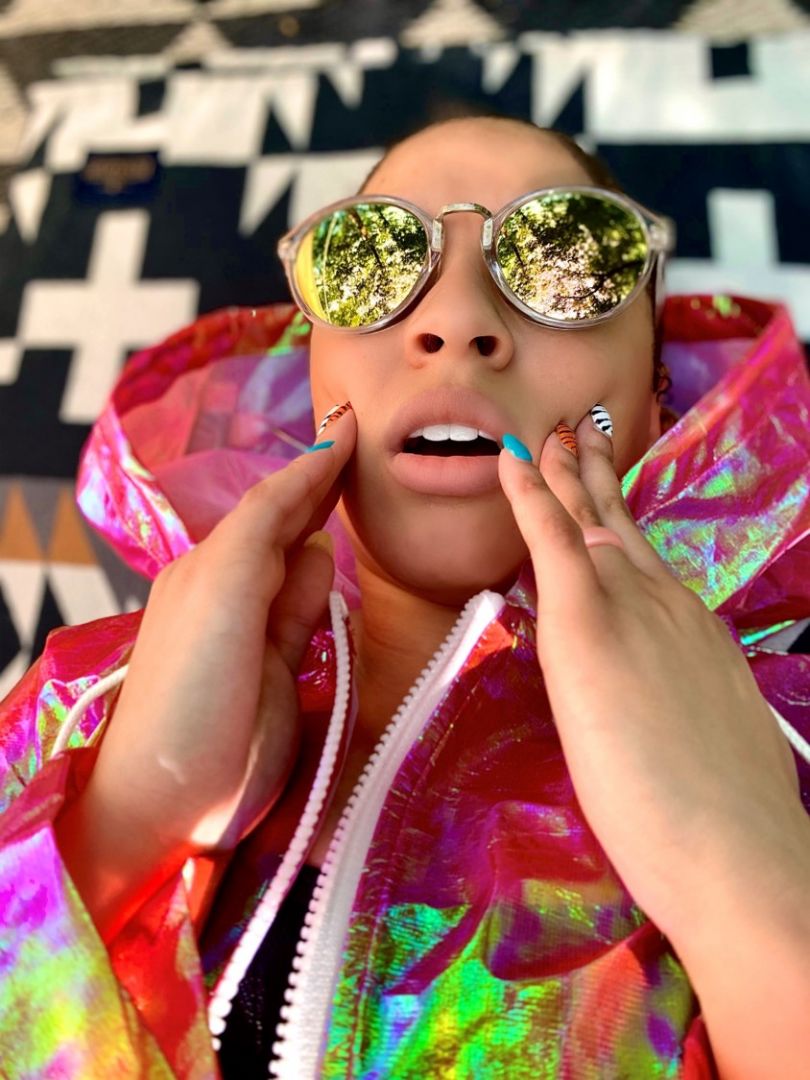 I’ve always known that I was creative. When I was little, I wanted to be a fashion designer. As I got older, I went into the marketing industry because of the creative aspect. Then, I eventually found my place in the nail industry. Being a creative is a part of who I am, so it only seemed right that I work in an artistic career. I love the idea of being able to express myself freely and get paid for it. How cool is that? Art allows for not only expression, but an exertion of confidence that otherwise might be overlooked in the artist. It allows for a glance into who the artist is as a person. And I find that to be beautiful and fascinating. Read more>> 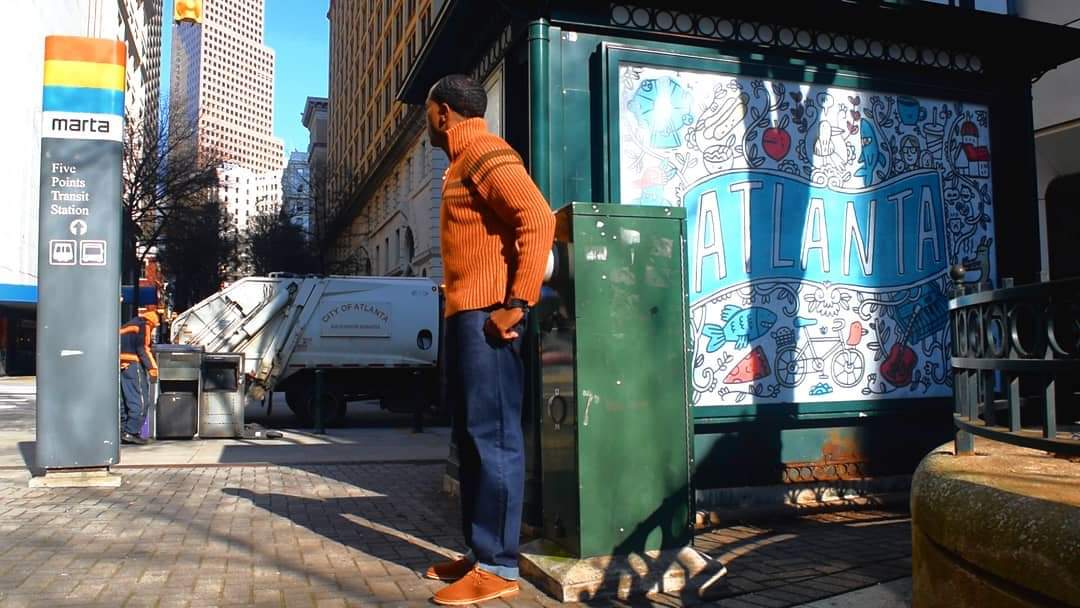 I was “drafted” into the broadcasting business. Dr. Samuel Osunde, the Dean of Communication at Mississippi Valley State University asked me to major in Mass Comminication. I was a junior and a History major when I ended up switching my major. Shortly after that, Lee Hall, the former General Manager at WGRM gave me the job as news director of WGRM Radio. Shortly after that, Earl Phelps, the former News Director at WXVT TV-15 gave a a job as a sports anchor/news reporter so I was anchoring the news as a senior in college. I started News Boy Network & Paperboy Sports after spending a few years at the TV Station. Read more>> 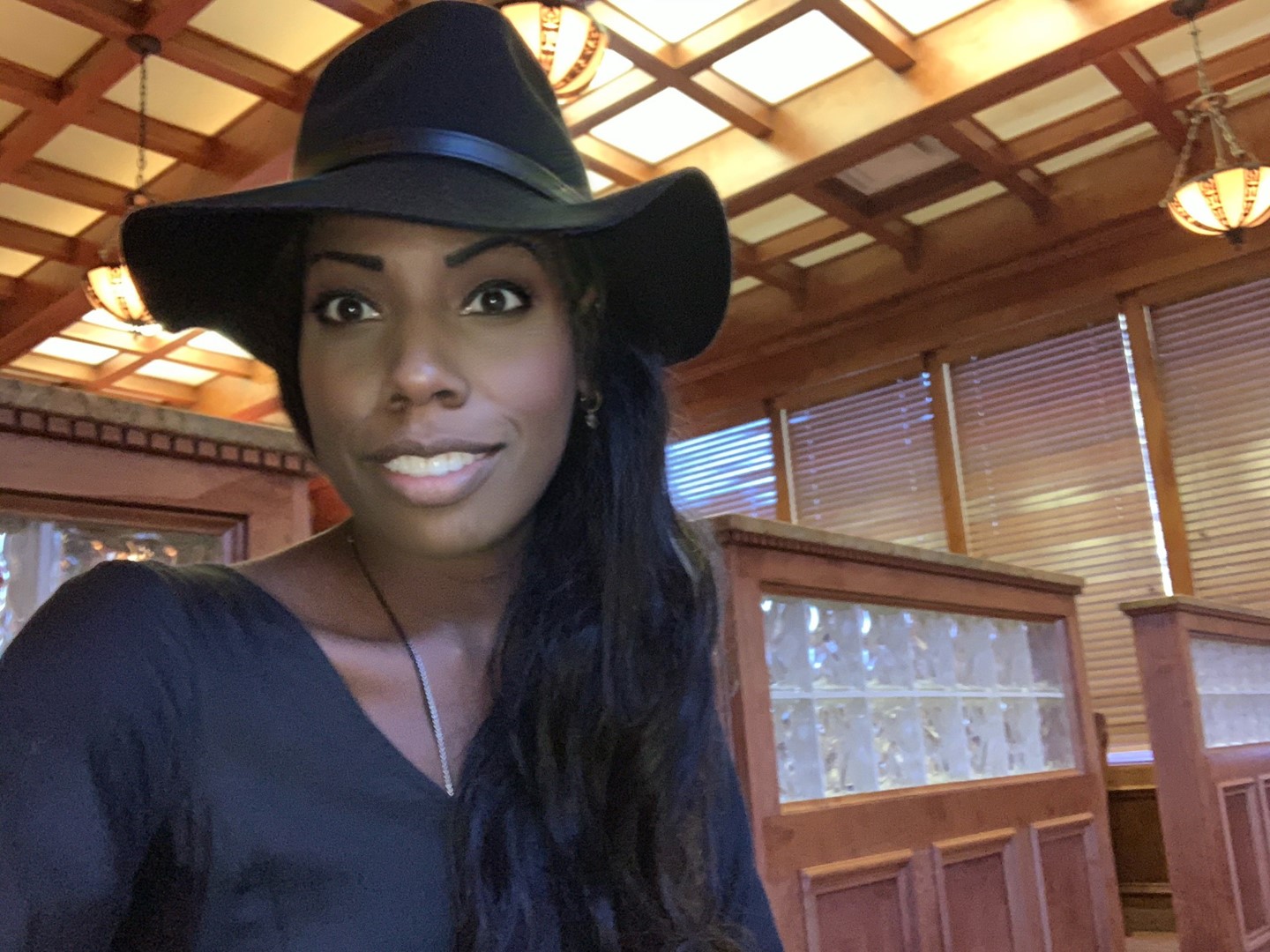 I pursued a creative career because I felt as if Corporate America was too stifling of an environment to endure until retirement. I wanted a career that was intellectually and creatively stimulating, someplace where even the most outlandish fantasy could be considered, developed and possibly even released into the universe through an entertainment medium. I wanted to inspire and be inspired. The path that felt right for me was making movies and I have never regretted that decision. Read more>> 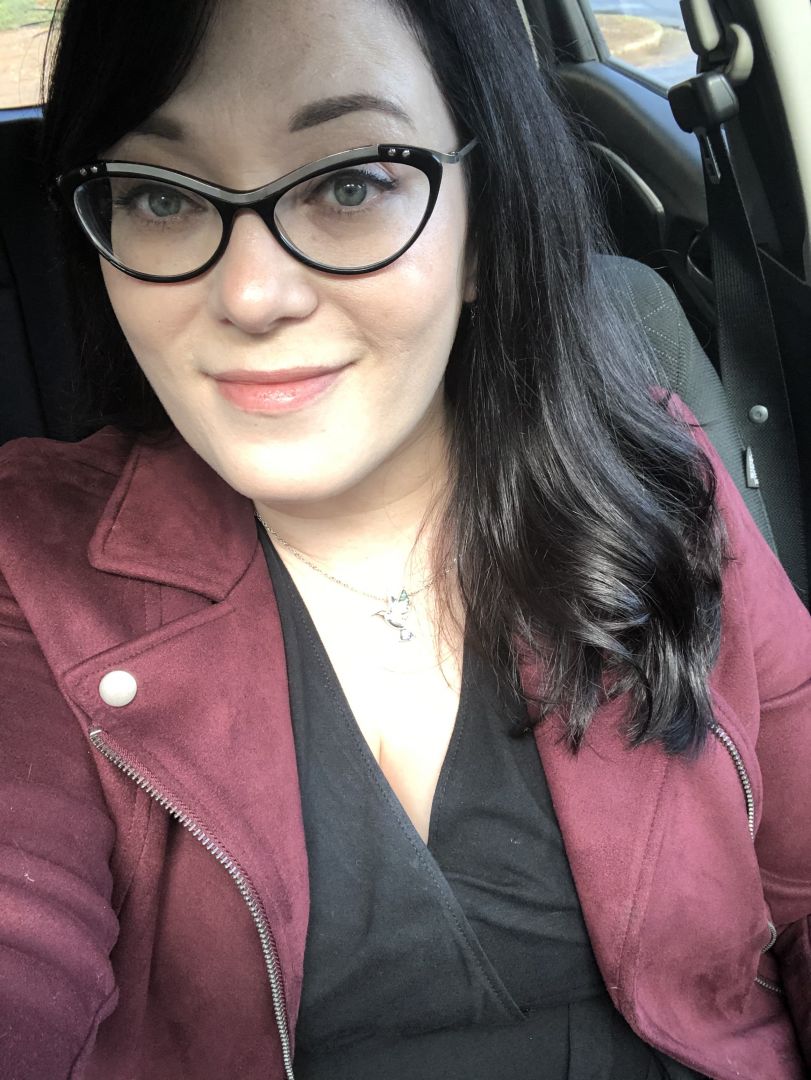 Most artists will tell you pretty much the same thing: you don’t choose an artistic career, it chooses you. Whatever you’re driven to create hounds you until you let it out. It’s a part of yourself you can choose to have a relationship with or not, but you’re pretty much doomed to restlessness and despair if you don’t. Engaging with the creative spark in your soul can be an exciting and scary process. But once you do it, the feeling is so fulfilling that’s it’s hard to imagine life without it. That’s why I have to write. Read more>> 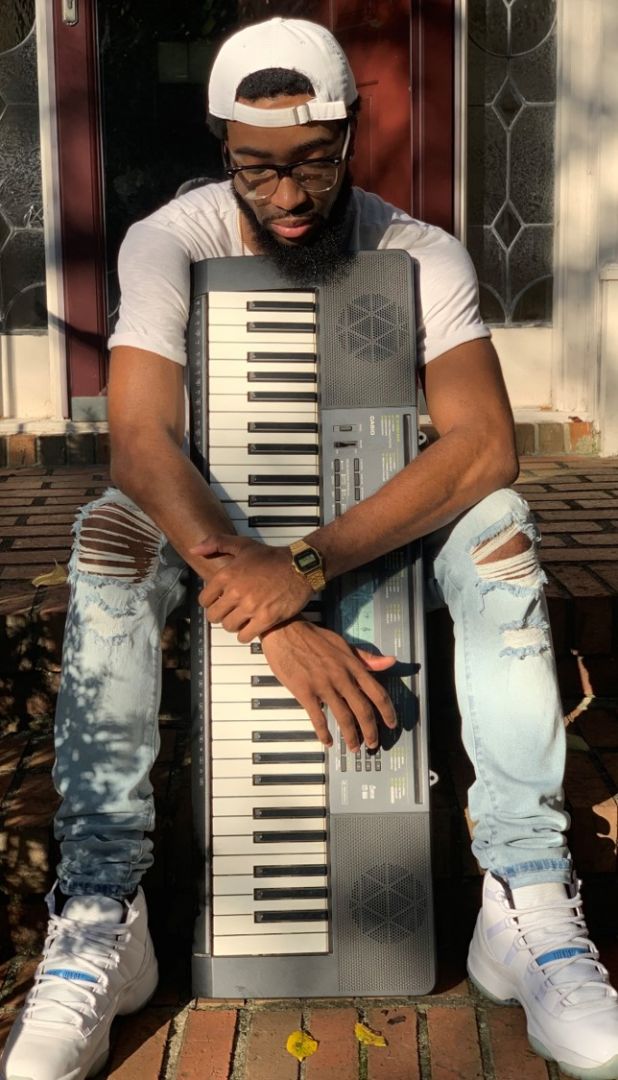 I love creating! I love the entire process of coming up with an idea and watching it come to life before your very eyes. Whenever I sit down at my piano or my keyboard, there’s a new opportunity to exercise my imagination. On top of that, whenever I meet other artists or creative-minded people, we can bounce ideas off each other and feed off each other’s energy. There are endless possibilities and there are no boundaries to how far I can go. It started off as a hobby and when I found out that I was gifted with playing and creating, I knew I needed to put it to use. The beauty of it all is being able to do something I genuinely love and enjoy. Read more>> 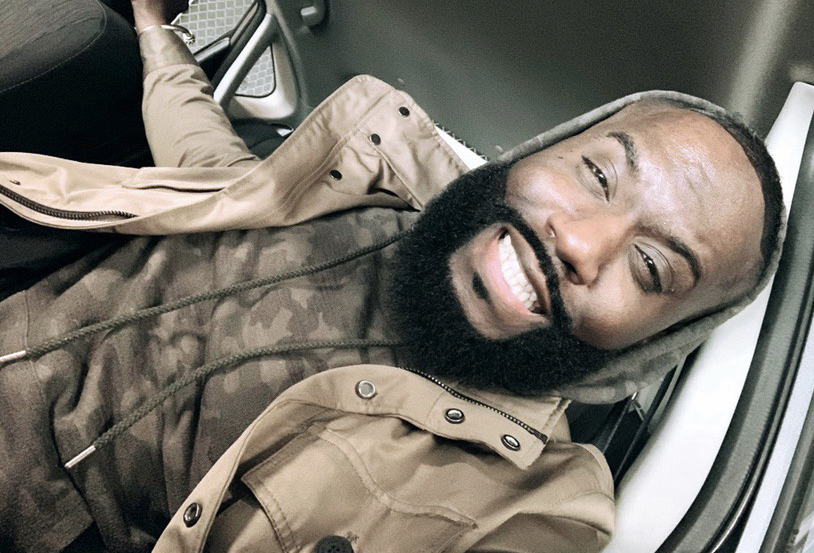 I grew up in church and in that environment It encourages lots of creativity! I love it! My hearts true passions and expressions are fully extended when I’m in a creative space! Read more>> 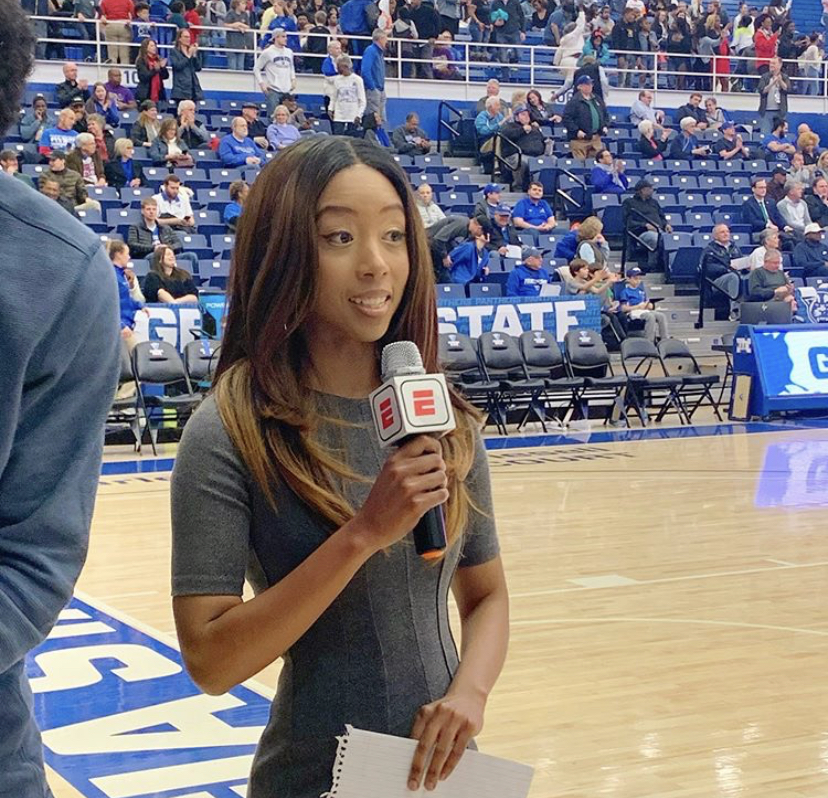 I always loved sports. I grew up playing and always knew I wanted to stay close to the game. I stopped playing sports in high school, and transitioned to writing for the sports section in the school newspaper. I was the “sports anchor” for our morning announcements. I loved telling the stories of sports even back then, and I still got the incredible feeling of “being out there.” Read more>> 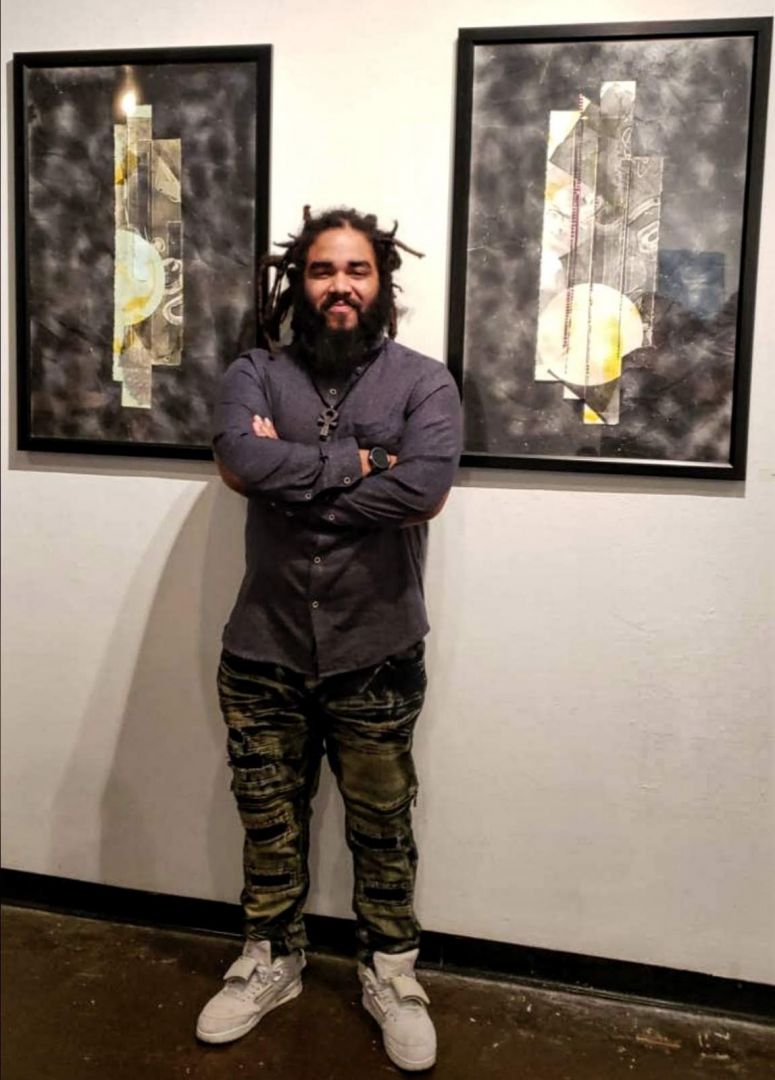 Honestly, I was tired of making other people’s dreams come true. Whether it was a individually owned private business or a corporate entity or an institution, I was making the impossible happen daily. So I thought to myself what if I did that for myself, as rhetorical as that sounds. Read more>> 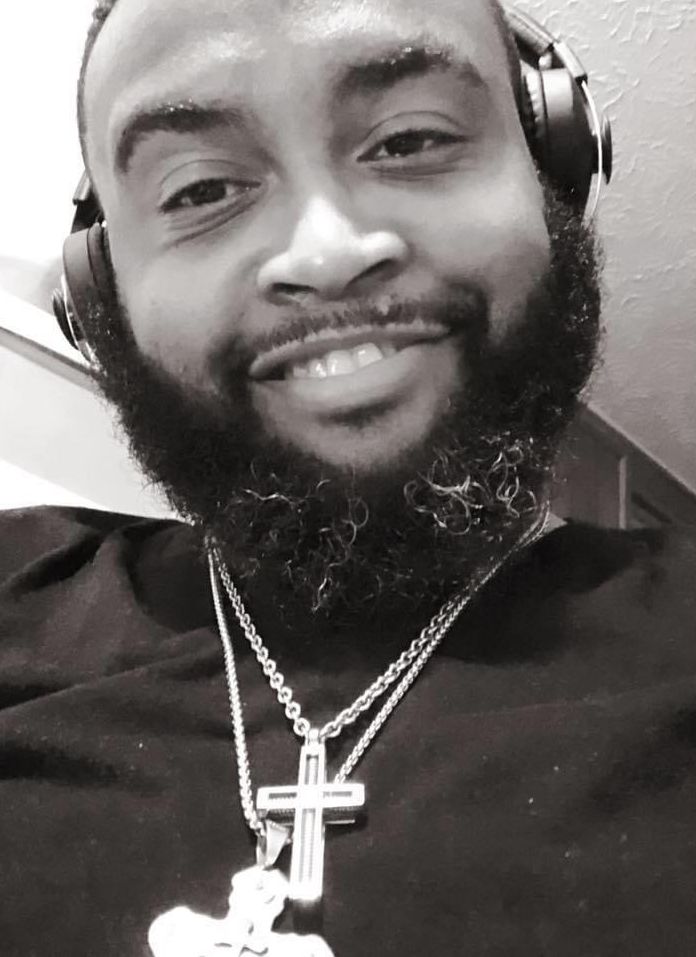 I pursued being in the entertainment industry because I saw how much in love I fell with being in the studio and the creating process. To actually have your thoughts and ideas come to life is an amazing experience. Making money is really a bonus for me ’cause, honestly, I would do music if it came with an hourly, but the potential to make a lot more is always good, too. LOL Another main reason is being from Detroit, aka Motown, and that’s where a lot of legends started. So, the creative process is something I will always be in love with. Read more>> 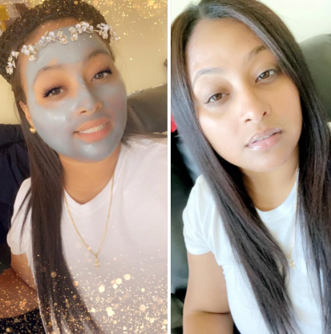 My persuasion to being an author had to do with telling my own story. I felt that pursing a creative career will benefit the youth of today. There are many young people that don’t have the support they need to be successful. I want the youth to know that you can be anything you want to be as long as you let your passion drive you. Read more>>

I pursued a creative career because it’s what speaks to my soul. Being creative allows me to showcase my craft, my talent by creating content/items for people to enjoy. I’m at peace with myself when I’m in my free space. Read more>>

Books that you still think about