We had the good fortune of connecting with Vick M. and we’ve shared our conversation below.

Hi Vick, what role has risk played in your life or career?
When it comes to risk, I feel it is necessary to reach that next level of success. When it comes to “leveling up” you’re going to have to step outside of your comfort zone and leave yourself a little vulnerable to be able to grow. When it comes to my own life/career, I’ve been risk heavy since my father passed in 2007. I was in my 2nd year of college on the pre-med program before I took a leave of absence if you will and enlisted in the Air Force, from there I took every opportunity to travel the world, take new assignments, try anything the Dept. of Defense would let me which includes leading a deployment and to flying faster than the speed of sound over Los Angeles and San Diego; anything that gave me pause, I signed up for it. Those risk lead me to living in Dubai for 3.5yrs as a defense contractor then to a year as a construction consultant then into my current role as a restricted programs lead for a Fortune 500 defense contractor. Pushing the envelope is not for the weak or timid, but it can pay huge dividends on just believing in yourself and taking the chance. 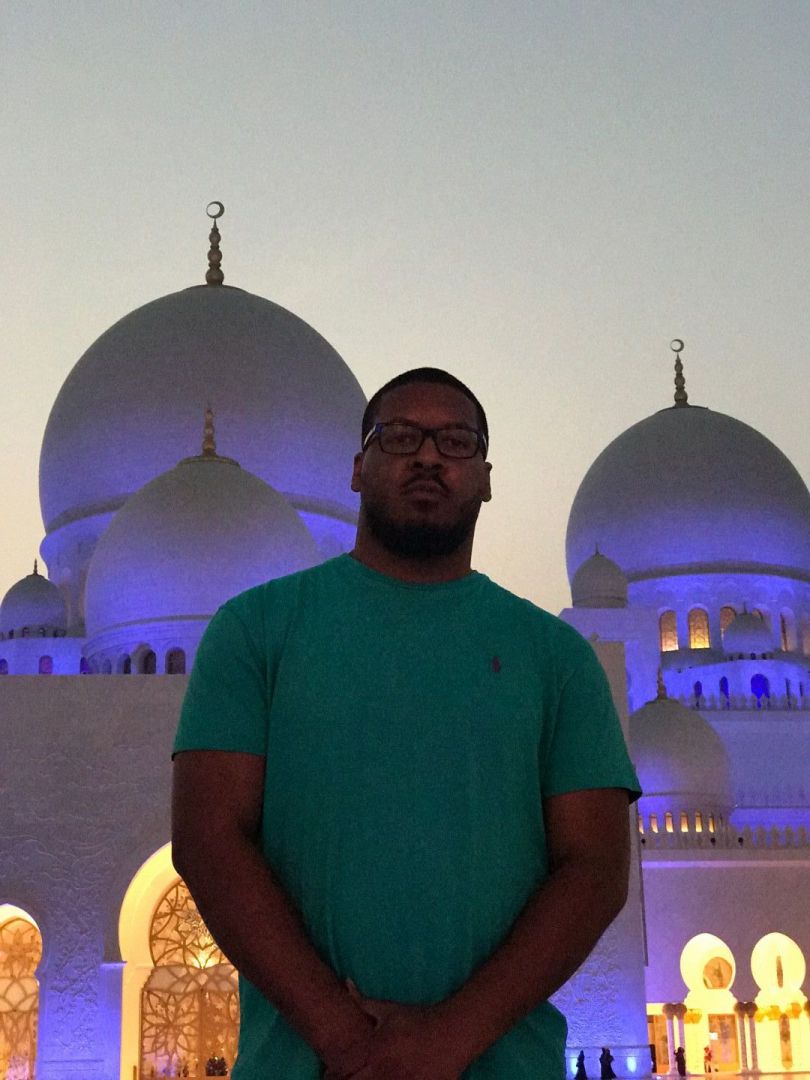 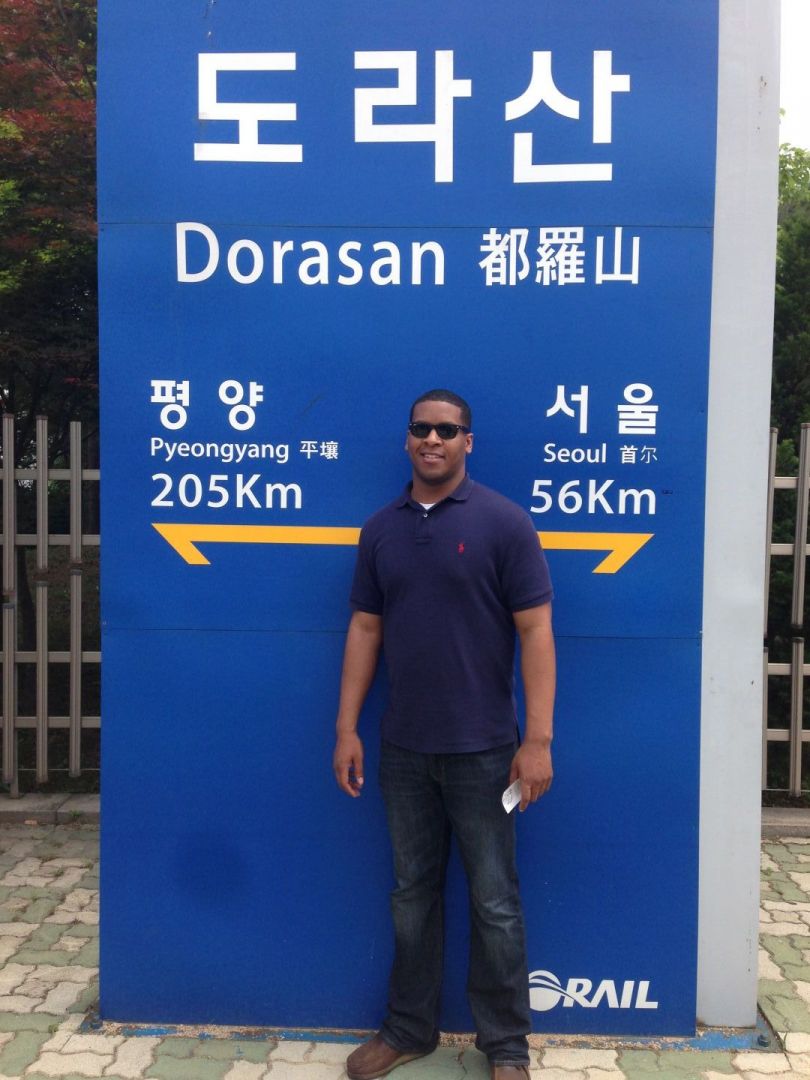 Alright, so let’s move onto what keeps you busy professionally?
Where to begin.. Was it easy? Easy is a relative term to your situation but anything can be accomplished with the right attitude and a little bit of luck. I always tell people that “I’m just a kid from a small town in Georgia, that wanted to see the world” and as it would happen, I did just that. Professionally, my journey starts in 2010 at the recruiters office for the Air Force. I really wanted to work in the intelligence field or logistics but there wasn’t a need for that at the time so I ended up working in aviation maintenance and that sent this Georgia boy allll the way to Salt Lake City, Utah. It was a very interesting time in life thanks to the homies & with Rell and Trice. After Utah, I spent time in Korea for 1.5yrs, then I came back to Arizona where I worked in the education command. My service contract was coming to a end and I wasn’t interested in making it a career so I started looking for my next move. I interviewed with MBUSA HQ in Atlanta, was offered a job but then had he offer rescinded the next day because the #1 pick changed his mind and decided that he wanted the job, there went my AMG lol. I landed a job with a defense contractor in Abu Dhabi/Dubai and I had the best time of my life for 3.5yrs. I made some lifelong friends and formed a really special friendship that’s near and dear to me to this day. I found myself without a job in November 2019 and just like that, I was back in georgia. The Vick world tour was a wrap. I got a little discouraged with the lack of a job even though thankfully I had no real reason to worry about it but ’tis life. I was offered a position at Airbus N. America, along with a position as a consultant for a construction company that was closer to home. Thankfully, that offer came along because a few weeks later, a whole pandemic happened with Covid-19, so fate and the ancestors be looking out. Not even a solid month as a consultant, my current employer came calling and a year to the day, I was moving across the USA to sunny California where I am now a Restricted Programs Lead which means I do cool stuff that I can’t talk about but you will see and hear about for the next few years. My trajectory here is as high as I want it to be. My current employer has a philosophy that if we can keep you happy and give you new opportunities to grow, we can keep you with the company so thankfully this time next year I’ll be in a higher leadership position and sometime in the next 10-20yrs, I’ll be retiring from here. Some of the lessons I’ve learned along the way are that you can’t be afraid to believe in yourself, it’s okay to fail, its okay to ask for help. I’ll admit, I haven’t always been the most self confident person but, if my gut told me to try it, I was gonna try it. For me, “It’s better to ask for forgiveness rather than permission” has been a guide point to my current trajectory. Also, that having a strong black women in your corner will ALWAYS be an asset and I’ve been extremely fortunate in that category. The 1 thing I’m most proud of is the fact that I get to be an example. I get to show those behind me, next to me, as well as the young men I mentor in my hometown, that there’s another way to success that doesn’t just encompass music or sports. Its okay to smart, ambitious, creative and a former football player all in one package. Those things can coexist.

Let’s say your best friend was visiting the area and you wanted to show them the best time ever. Where would you take them? Give us a little itinerary – say it was a week long trip, where would you eat, drink, visit, hang out, etc.
Currently, I’m based in california but since this for the greatest city in the Union, I can cook up something. Topgolf is a must until Puttshack opens then that’ll be the new wave. Even though no true georgia kid eats there, regularly, gotta take them to the Varsity and get a Frozen Orange. JJ’s, Harold’s to get your grub on. Wings from J.R. Crickets or Magic City on a monday(or any day). Pizza from Slim and Husky’s. Ubar and Blu Cantina for drinks and shisha. Hawker Street in the beltline is a great start to a friday night. Pour Taproom is also a good place to have some fun. Also, no trip would be complete without a trip to Six Flags. Goldroom, OAK, Escobar to spend some hard earned money. Atlanta is always a vibe, and there’s literally a vibe for everybody to be somebody. 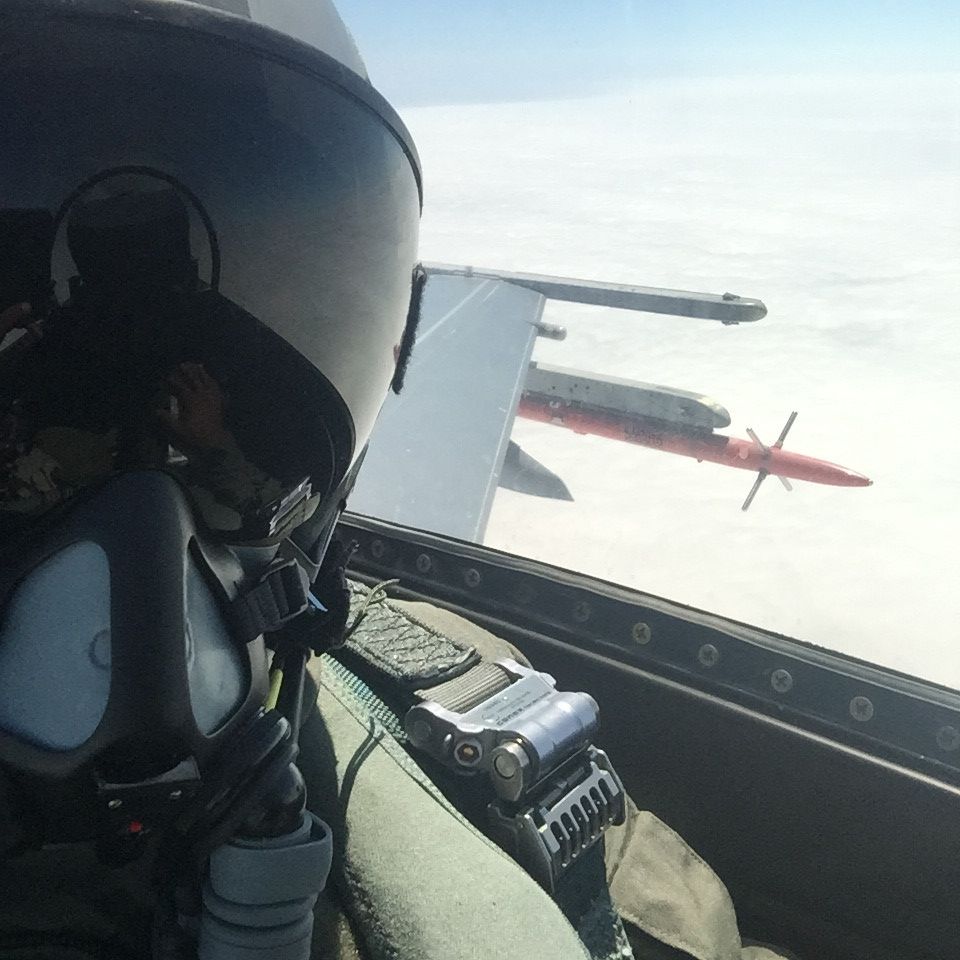 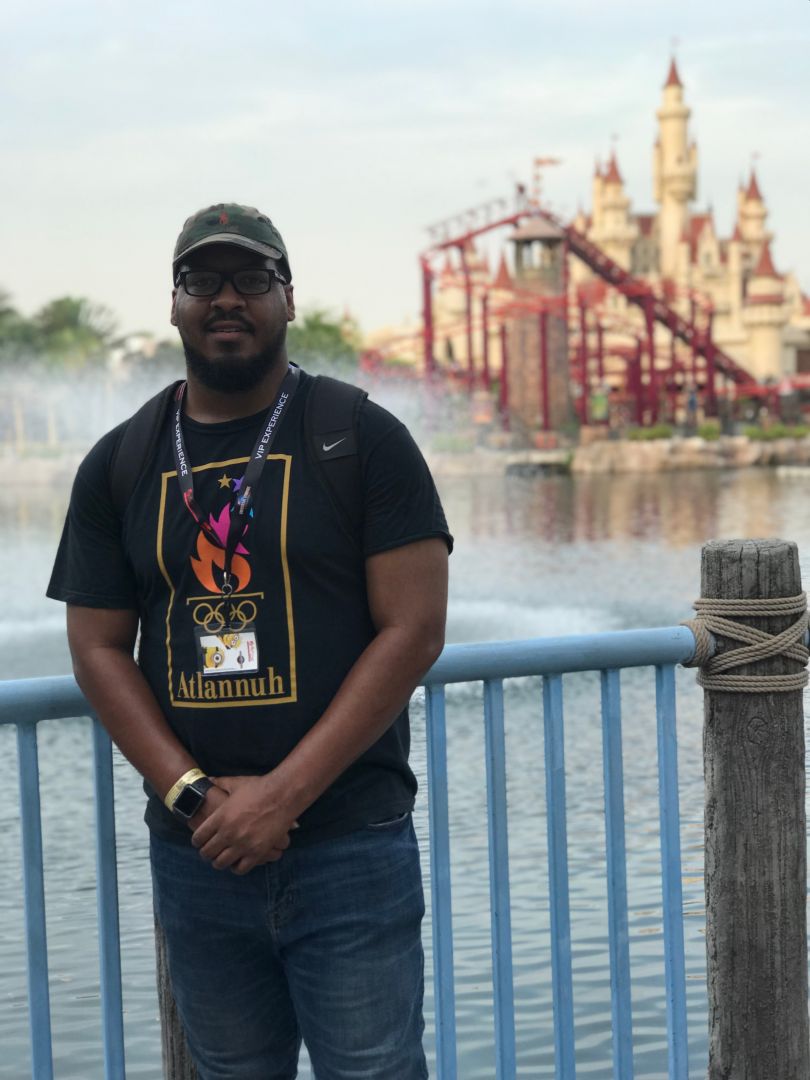 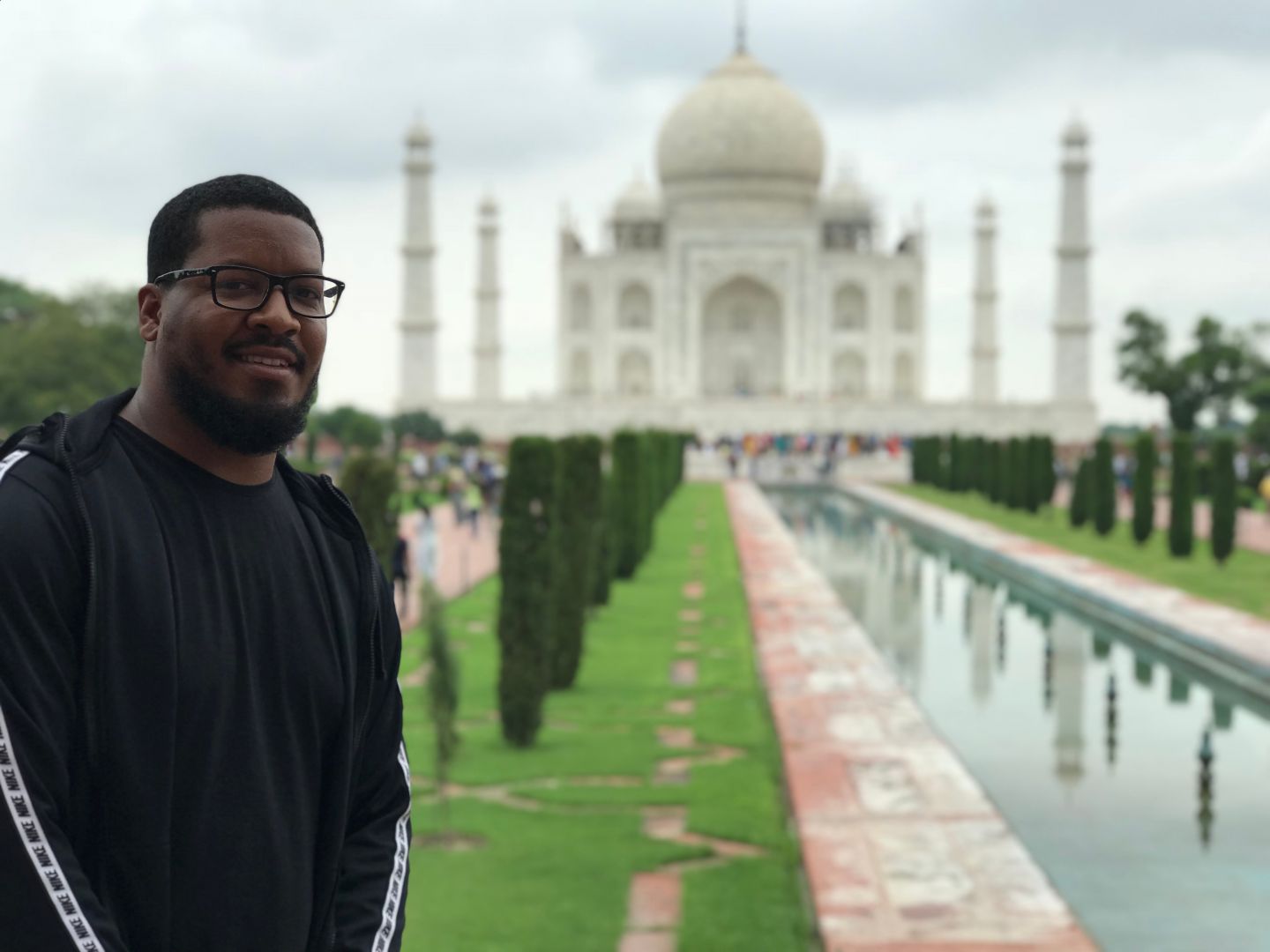 Who else deserves some credit and recognition?
I owe everything I am, and ever aspire to be to my parents Vic & Barbara, my brother Adriel, aunt’s, uncle’s, my grandparents, Jaydan, Nicole, Mel, Kellah, D, King, Angel, Bre, Channy, The Board Of Trustees, Ms. Blalock, Mrs. Lawrence, Ms. Prince and also everybody who has been on this journey with me. If you believed in me or doubted me, I didn’t get here on my own and I have you to Thank for where I am today. Many, Many Thanks!