We had the good fortune of connecting with Tran Bui Smith and we’ve shared our conversation below.

Hi Tran, where are your from? We’d love to hear about how your background has played a role in who you are today?
I was the quiet one; the girl who sat in the back; frightened to use her voice. I just wanted to blend in.
But, there was a greater plan. Somehow, I ended up on camera, center stage, leading, guiding and perhaps even inspiring.

I was born in Saigon, Vietnam (now called Ho Chi Minh City) and fled my country at the age of 3. On April 30, 1975 my parents Bich and Thu Bui escaped on a boat with me and my two younger sisters on the day known as the Fall of Saigon. This was the start of the takeover by communist troops that led to the end of the Vietnam War. After being rescued by the U.S. Coast Guard, we were taken to refugee camps in the Philippines, Wake Island and Fort Smith, Arkansas before settling down in nearby Fort Smith. My mother’s brother, my Uncle Hung tried to escape 15 times and was thrown in jail. He succeeded on his 16th attempt in 1982. His wife Minh had a harrowing escape the same year. They now live in New Orleans. My father’s family remains in Vietnam.

Starting over was already challenging when we had nothing and we couldn’t even speak English. It was even more difficult because we were a constant reminder of a terrible time in U.S. history. Many people didn’t want these foreigners here. However, there were angels among us as we received support, guidance and love by many people along our journey.

When we became American citizens, I begged my father to let me change my name so that no one could mispronounce it again. He reminded me that it was a gift and honor to be Tran Bui from Saigon, Vietnam. I would end up with a career that was never on my radar, television news. Being Tran Bui, the news anchor, reporter and producer forced me to use my voice and soon people were saying my name correctly. Funny how things turn out. I would fall in love and marry a man named Scott Smith. So, I got my common name afterall. When I became a mom, I wanted to use my powers for good and co-founded a volunteer group called Little Helpers, which now has 20 chapters across the country.

Seeing my parents struggle, rise and soar with such determination, grace and humility made me the person I am today. We show up. We don’t give up and we say thank you. They did not make these sacrifices for me to sit back and just reap the rewards. We were given freedom and opportunities, not available to everyone. Recognizing that so many people came forward to help us from the moment we left Vietnam to now is why I make giving back and community service a part of my life and encourage my children to do the same.

We didn’t get here alone. I do not take that for granted. 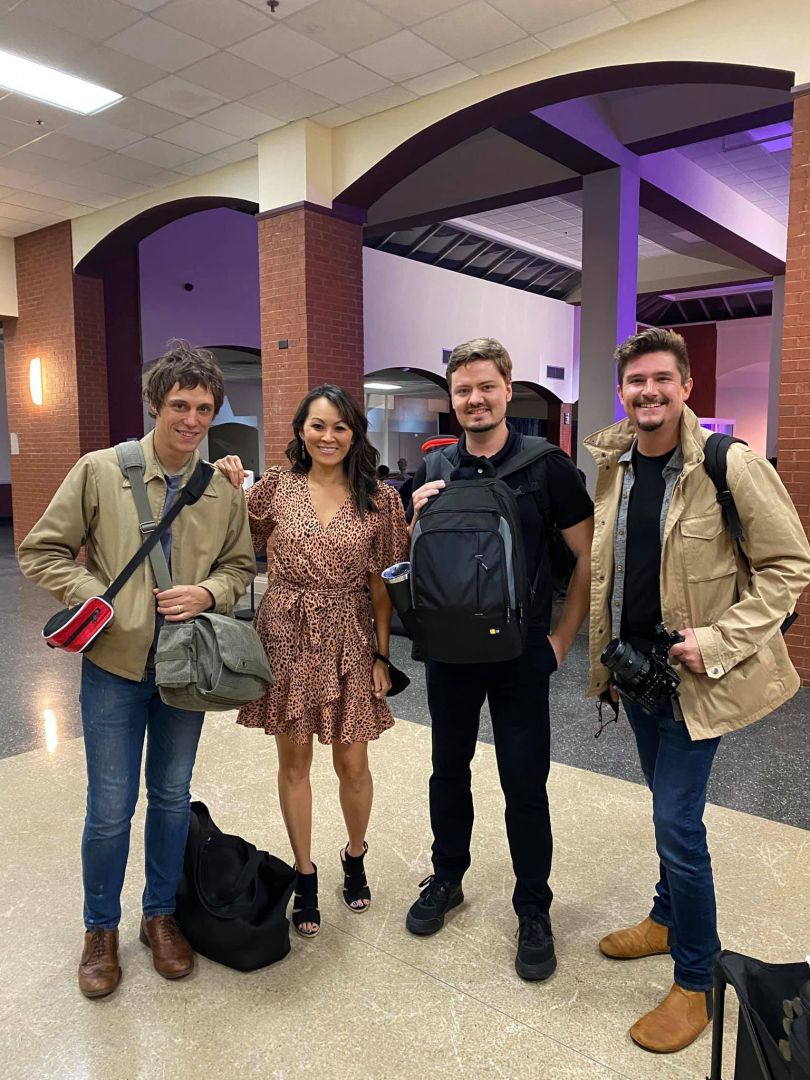 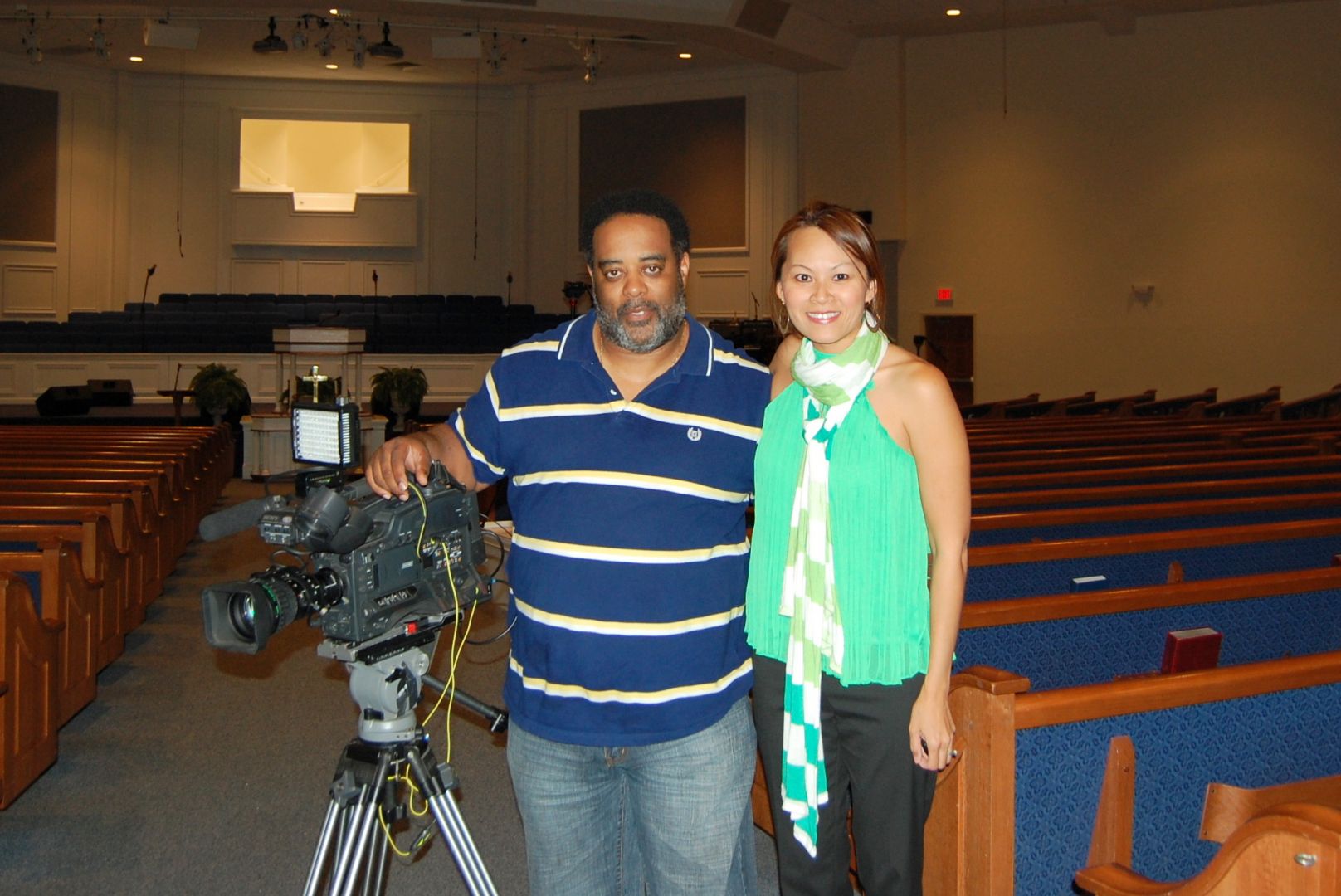 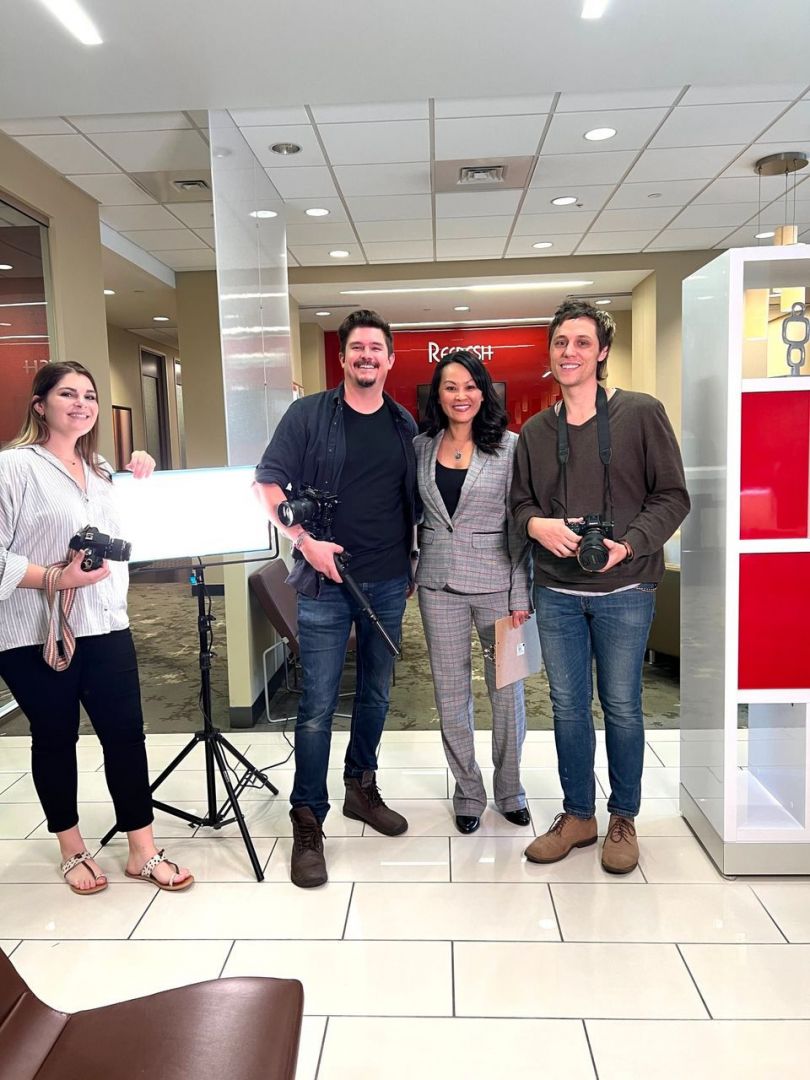 Let’s talk shop? Tell us more about your career, what can you share with our community?
Tran Bui Productions: Your strategic video content & marketing partner. Award-winning production that builds awareness and drives results.

That’s my branding, but what sets me and my video production and marketing team apart from others is that I have 15 years of experience in television news as a producer, reporter and anchor. Add another 17 years in marketing and public relations. I’m a storyteller, writer, interviewer, organizer, coordinator, coach and consultant. I have a talented crew of videographers, graphic artists, editors and producers, but I can also shoot and edit videos and photos. We create all types of videos from profile videos, commercials, infomercials, documentaries, social media short form videos, testimonials, event coverage, live stream and more. We also offer headshots, lifestyle photos and branding images.

When you work with me, I become your partner, hype girl and advocate. One of my clients calls it the Tran Brand. You don’t just get one video and an invoice. I’m going to promote you, encourage others to support you and invite my friends. I want you to succeed and find value in working with me. Being a part of a big video or photo shoot and being on camera can be intimidating. My crew has been known for bringing the fun and putting people at ease. You have invested in us and we will do our best to make it enjoyable and memorable.

There have been challenges with starting over due to several out of state moves. Just because I’ve had years of a experience, a shelf full of awards including an Emmy, media mentions and positive testimonials, I’ve had to prove myself over and over again. I used to question my worth when I would hear a “no”, but now I accept that it’s just not the right time or project and the “yes” is even more meaningful and appreciated.

I’m so proud to be a female minority owned business with a very diverse team of creatives and clients. It’s not one size or one product fits all. 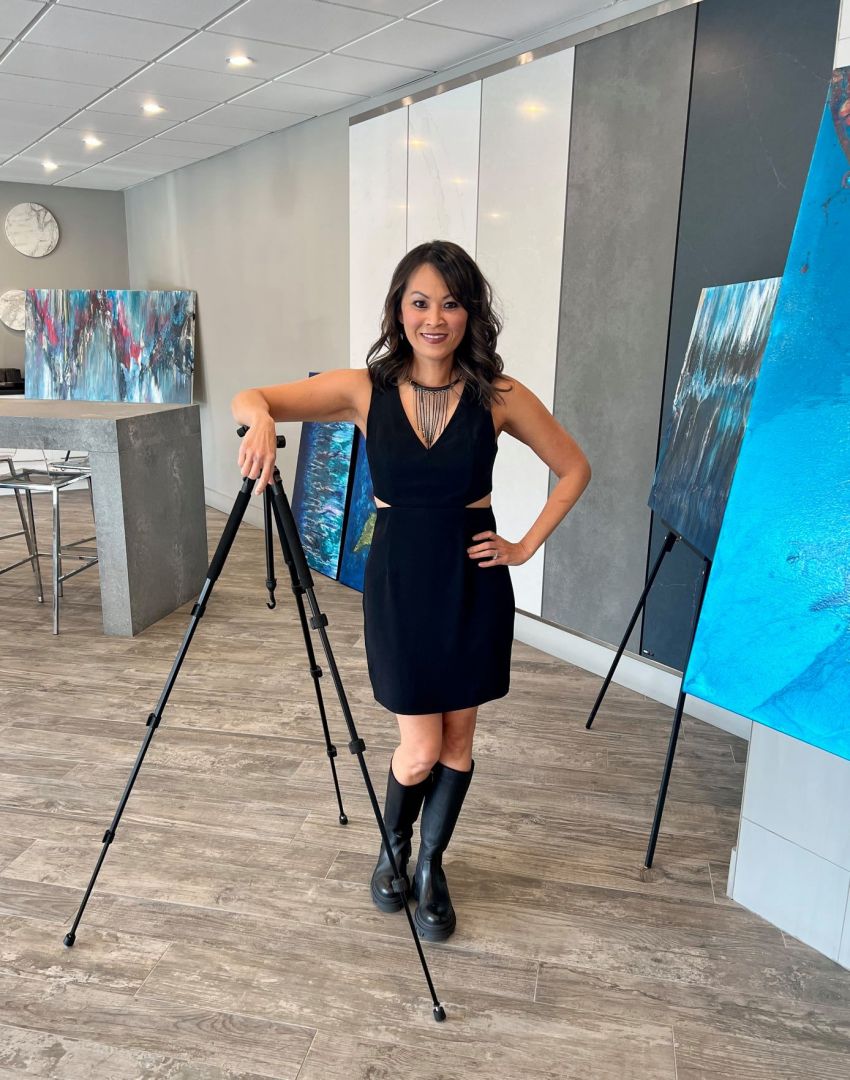 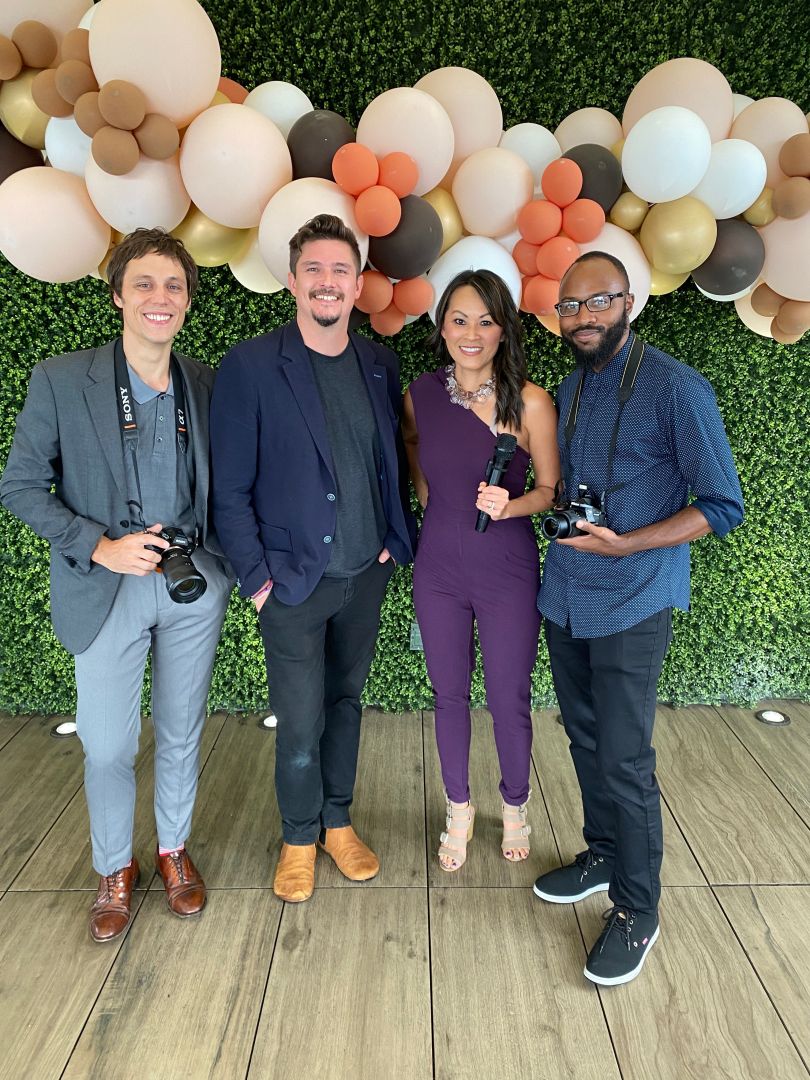 Let’s say your best friend was visiting the area and you wanted to show them the best time ever. Where would you take them? Give us a little itinerary – say it was a week long trip, where would you eat, drink, visit, hang out, etc.
Since this is where I live and find so much love, I’m going to represent Roswell.

There’s no denying historic downtown Canton Street is a must. I love to take visitors on a restaurant crawl or beer run.
You really can’t go wrong with any of the restaurants so look to see where you can find a spot to sit outside or have a seat at the bar. My faves are 1920 Tavern, Ipp’s Pastaria, Bayou’Q, Deep Roots Wine Market and Tasting Room, VAS Kouzina and Vin 25. There’s often live music too.

For the beer run, not all the spots are on Canton Street so put on your walking shoes.
Let’s start out and move in: Proper Hop Taphouse, Oak Street Bottle Shop, Variant Brewing Company, Gate City Brewing Company and Stout Brothers. Away from the busy downtown area, my go-to places are VG Bistro, Fresco Cantina Grille, Hola Taqueria, I Luv Pho Roswell, From the Earth Brewing Company and The Mill Kitchen and Bar.

Spend some time in the great outdoors with your kids and pets at the Roswell Area Park, Riverside Park and Chattahoochee River. There are trails, playgrounds, spray park, volleyball, tubing, kayaking, biking and more.
Local shopping faves include LillySage and Roswell General. Popular sports are tennis, pickleball and cornhole. 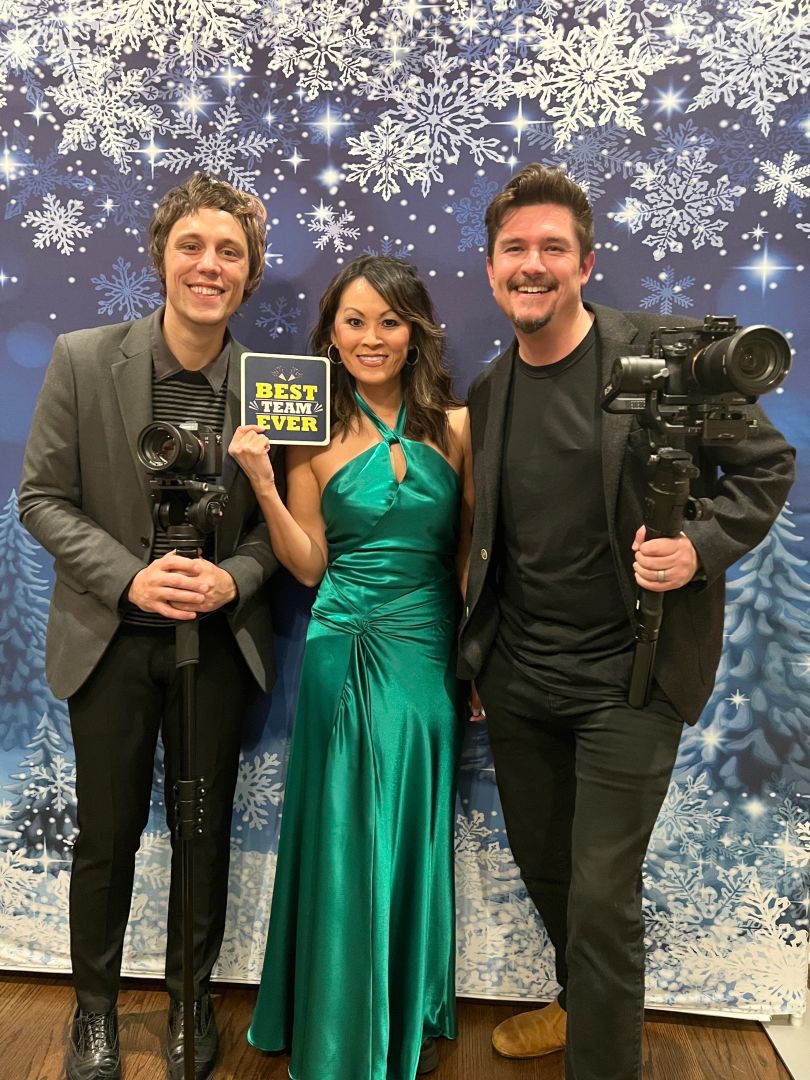 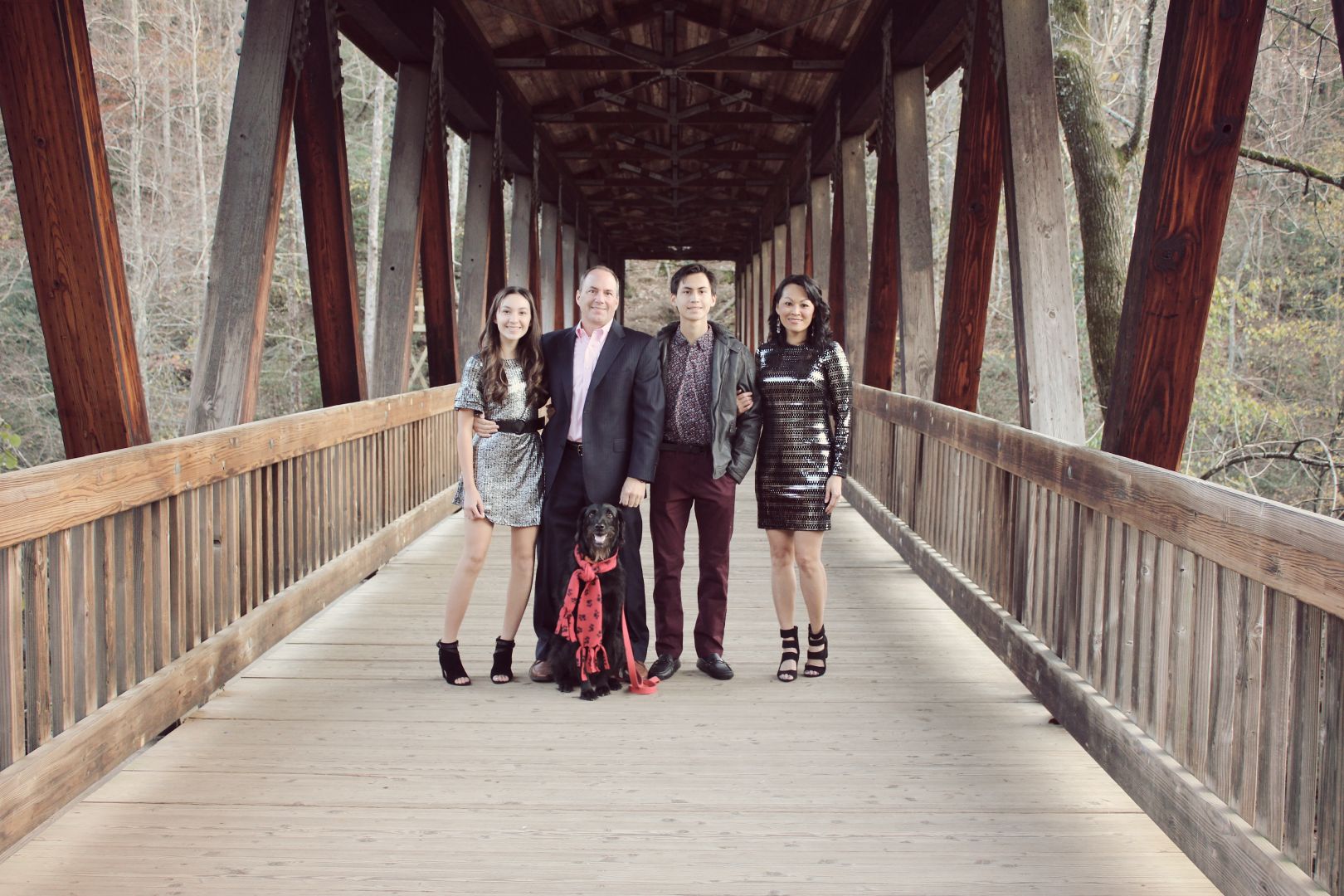 I have lived in 6 cities from Saigon to Fort Smith, Tallahassee, Memphis/Cordova/Collierville, Rochester/Pittsford and Atlanta/Roswell. I cannot even begin to list all the names of the people who have helped me along the way because the magnitude of support, guidance, love and encouragement actually brings me to tears. I am so honored that so many kind souls have taken the time to teach me something, offer me words of encouragement or just say great job!

However, there are 4 main groups that have made the greatest impact in my life.
1. My parents Thu and Bich Bui showed me how to learn, grow and work hard. They rarely called in sick and went above and beyond.
2. My husband Scott Smith is the person who helps me understand the business side of business, believes in me even when I don’t believe in myself and gives me the confidence to try even if there’s a chance I’m going to fail.
3. Television news brought me to my passion, which is storytelling, hosting and producing. I didn’t know what I wanted to be when I grew up, but when I landed my first news job at a local TV station my freshman year in college, I was in love. The people in this industry have become family.
4. My core crew, which includes women and men from various cities and stages in my life. They never let me wallow or doubt. They’re the hype friends. Devoted, loyal & present.
5. My Little Helpers volunteers remind me of my purpose. They inspire me to spread kindness, blow me away with their compassion and keep me grounded. 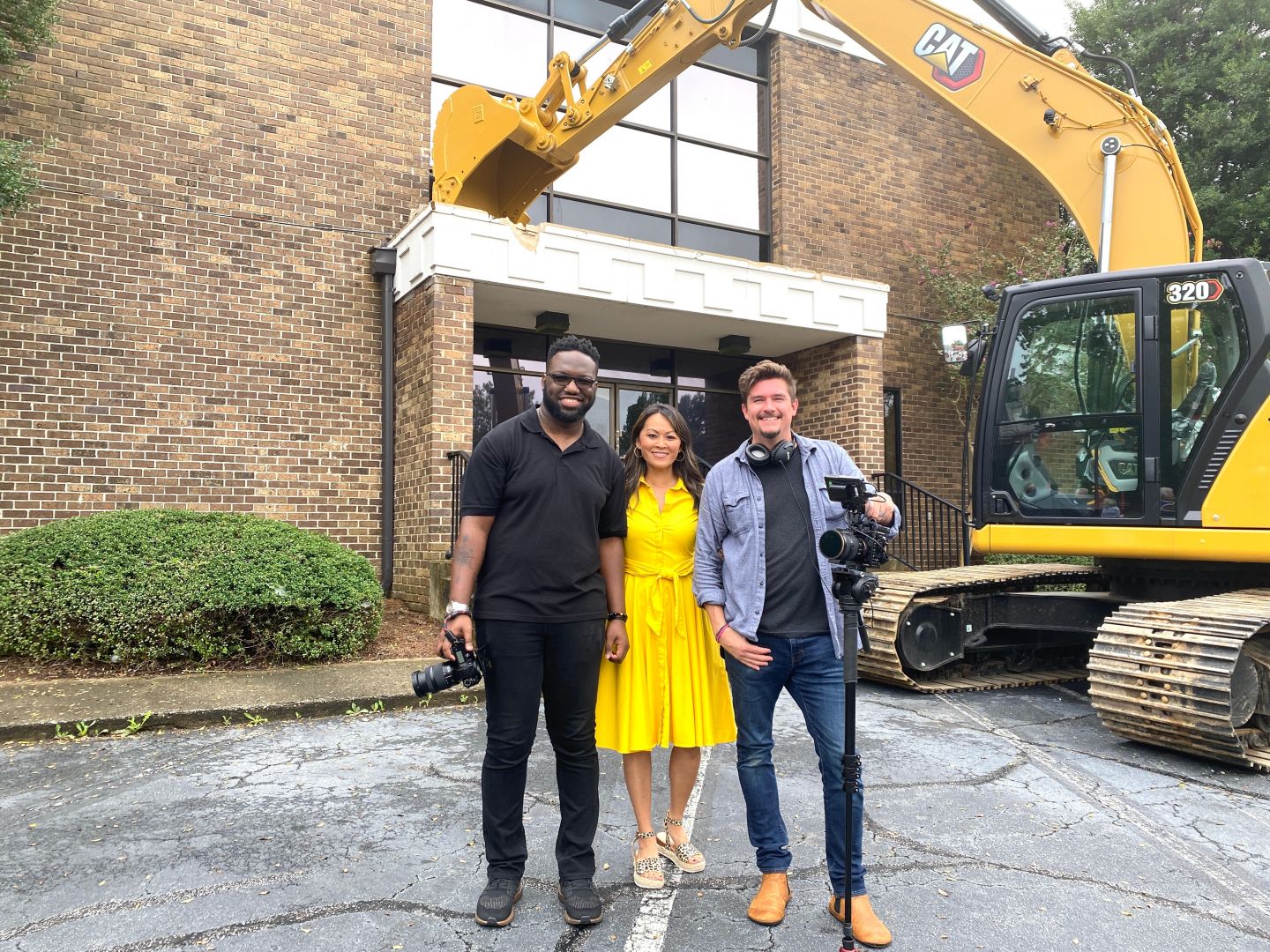 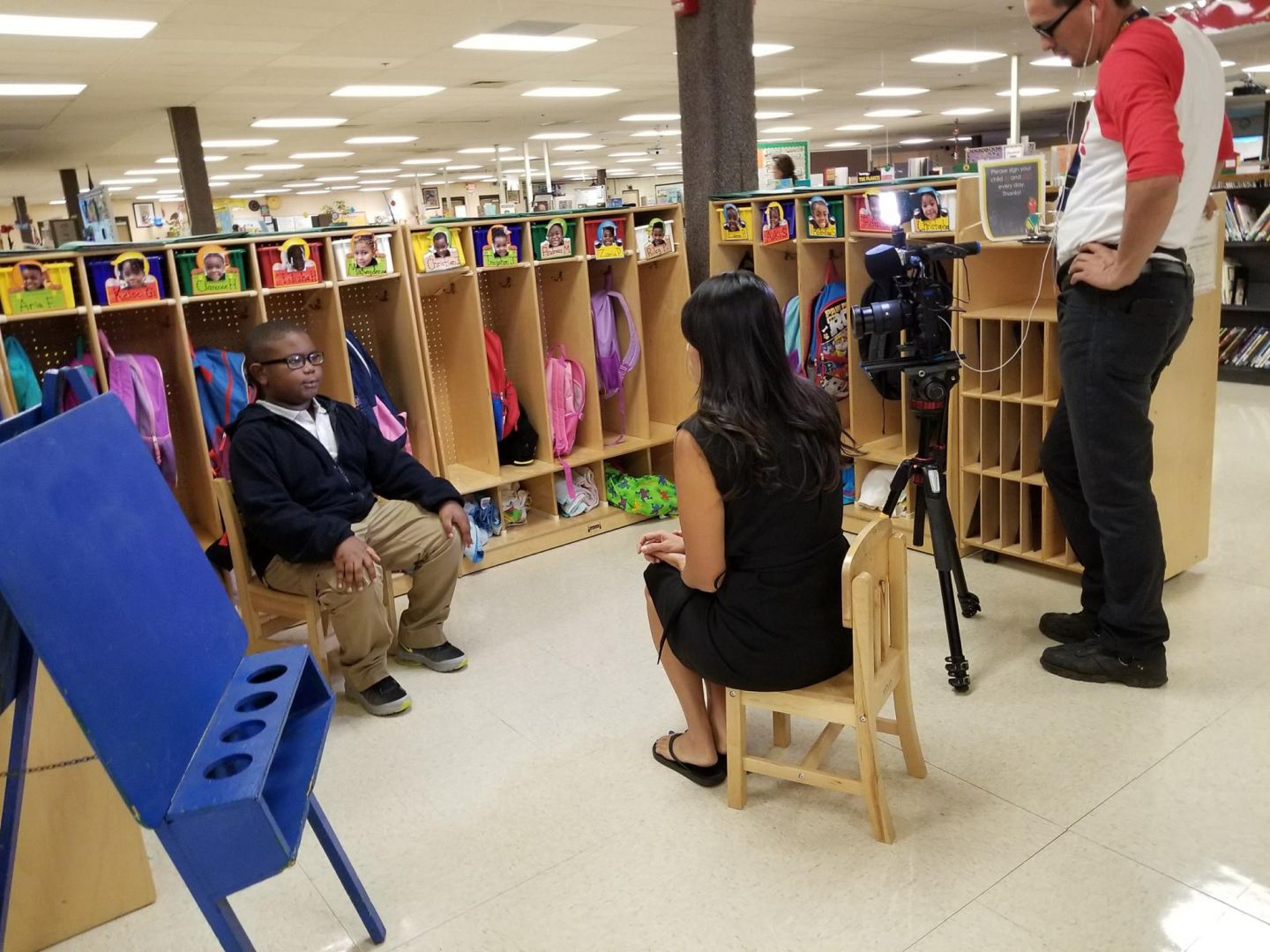 Meet Sarai The Artist | Rapper, singer and songwriter. Artist of Face off ENT