We had the good fortune of connecting with Sharif Bennett and we’ve shared our conversation below.

Hi Sharif, what’s something about your industry that outsiders are probably unaware of?
The average content viewer doesn’t get to look behind the Hollywood curtain. Beyond the finished product, cameras, and celebrities, there is an extensive management process of raising and recouping funds for each project. The independent filmmaker’s responsibilities include much more than the artistry of product. Their duties include the accounting, payments, marketing, and distribution around their film. CineBlock not only helps them to source financing but also assists in the management of the legal and accounting process by automating much of the busy work that detracts filmmakers from doing what they love, which is making more movies. 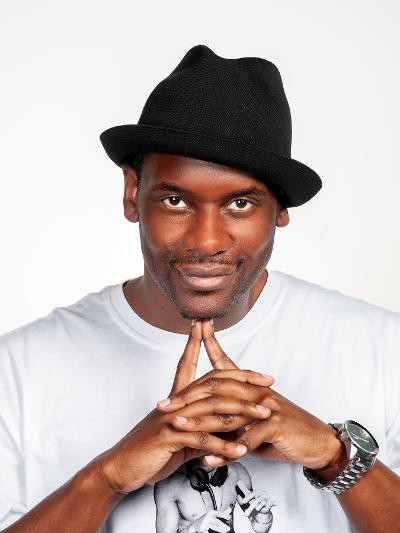 What should our readers know about your business?
This is groundbreaking frontier that Cineblock is embarking on. People are just waking up to the idea of peer to peer lending and decentralized finance. We are using this cutting-edge financial technology to make way for the average investor to become an active participant in the creation and evolution of filmmaking culture.

Historically, the average person could not easily invest in or own potentially valuable works of art. It would require substantial amounts of capital that the common person simply did not have access to. Blockchain technology has broken down those barriers, allowing creators to fractionalize their ownership amongst a diverse group of investors. So now you don’t need invest a million dollars to see a return from a film, you can invest $100 and feel comfortable in your contribution while still making an impact and having a real stake in the project’s success.

Our backend system takes the guess work out of the investment process by giving you research tools and accounting transparency. It’s as simple as finding a project you like and investing an amount you feel comfortable with, then watching the magic happen.

Our team intimately knows the trials and tribulations of trying to make it in the entertainment industry. We have all dealt with the financial hardships and sacrifice for the greater art form. Therefore, we can empathize with our content creator’s struggles to turn their vision into a reality.

If you had a friend visiting you, what are some of the local spots you’d want to take them around to?
1) The first thing that people ask for when they come to Atlanta is soul food. My immediate go to is Pascal’s. The fried chicken and macaroni and cheese is spectacular. Or if that person were in more of a seafood feel, I’d take them to Bon Ton in Midtown. 2) To walk that off, I would then take someone through the CastleBerry Hill neighborhood. Its design and layout are totally unique with a great mix of bars on Peters Street
3) The next day (ideally a Saturday) would be spent at an outdoor festival in either Piedmont Park or Old 4th Ward.
4) After that, we’d hop over to Ponce City Market where we could grab drinks on the rooftop and grab a bite to eat from either H&F Burger or Tasty China Jia
5) After that we could stroll through Buckhead and Highland Park. The architecture and homes are some of the most beautiful in the country
6) Later that evening, we would walk through Edgewood Ave in Old 4th Ward and see a variety of people and hit up the bar of choice
7) And to top it off, nothing like walking the beltline on a Sunday afternoon for drinks and food at either TWO Urban Licks or Superica in Krog Street. From there, we’d just continue to walk the beltline and pop into Barcelona

Who else deserves some credit and recognition?
There are a lot of people responsible for CineBlock being where it is. First and foremost, I want to thank my longtime friend of 20+ years and CineBlock founder/CEO Prince Ace. He was the catalyst behind this movement who more than two years ago asked me to join him on his adventure. Additionally, our Chief Legal Officer, Julian Haffner deserves much credit in helping CineBlock jump through our initial legal hurdles. Thirdly, I’d like to thank Montgomery Markland, who believes in this idea so much that he was willing to have his film, Malibu Road be the first film to be tokenized on our platform. Lastly, I’d like to thank all the indie filmmakers out there who fight tooth and nail to get their vision onto the big screen for our entertainment. They simply do not get enough credit for the hard work they put in to make our lives a little more meaningful and a little less boring. They are the true heroes behind this movement.