We had the good fortune of connecting with Sean Ilenrey and we’ve shared our conversation below.

Hi Sean, how do you think about risk?
Throughout my career I’ve achieved a trajectory of success that has been uncommon especially at the period of my life that I achieved it. For example, I secured my first Executive role at the age of 28 years old. When taken into context, my peers were on average 20+ years older than me. When I am questioned about how I was I able to achieve that level as a young man and without a degree, I reference my three career principles:

I place risk taking at the top because I would not have climbed so quickly without making a leap of faith. When I was a Supervisor I was offered my first Manager level role with the caveat that I move to Hermosillo, Mexico to build a team from scratch. At the time my wife was pregnant with our second child, our son was four years old, my mother & grandmother were living with us, and my father was ill with cancer. It was one of the hardest decisions that I had to make in my life, but I remember at the time my Director telling me, “having that you built a team abroad on your resume will dramatically change your career.”

She was right, because from there I became a Global Manager and tripled the size of my department within a year. After I left that organization I obtained my first Director role and then was elevated to Vice President shortly afterwards. That choice to move to Mexico was a true inflection point in my life and career. Since then I have built teams in the Dominican Republic, Costa Rica, Guyana, the Philippines and various states across the U.S. Please note that a risk is not a guarantee, but when you think back on what you would regret most, nine times out of ten the regret would be that you didn’t take the chance. 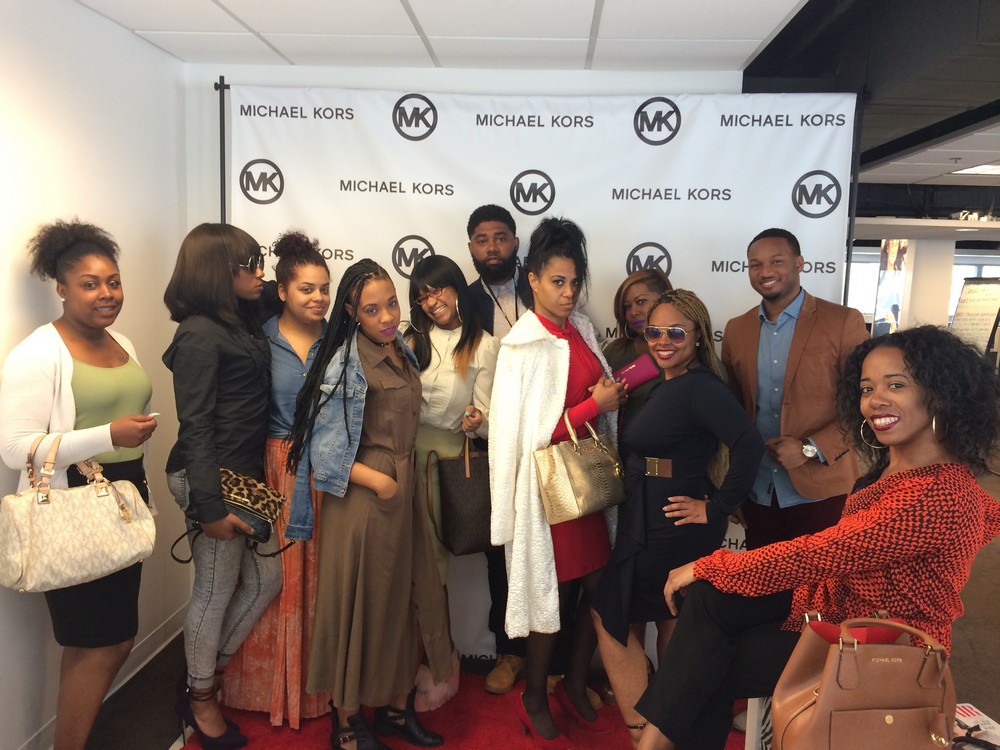 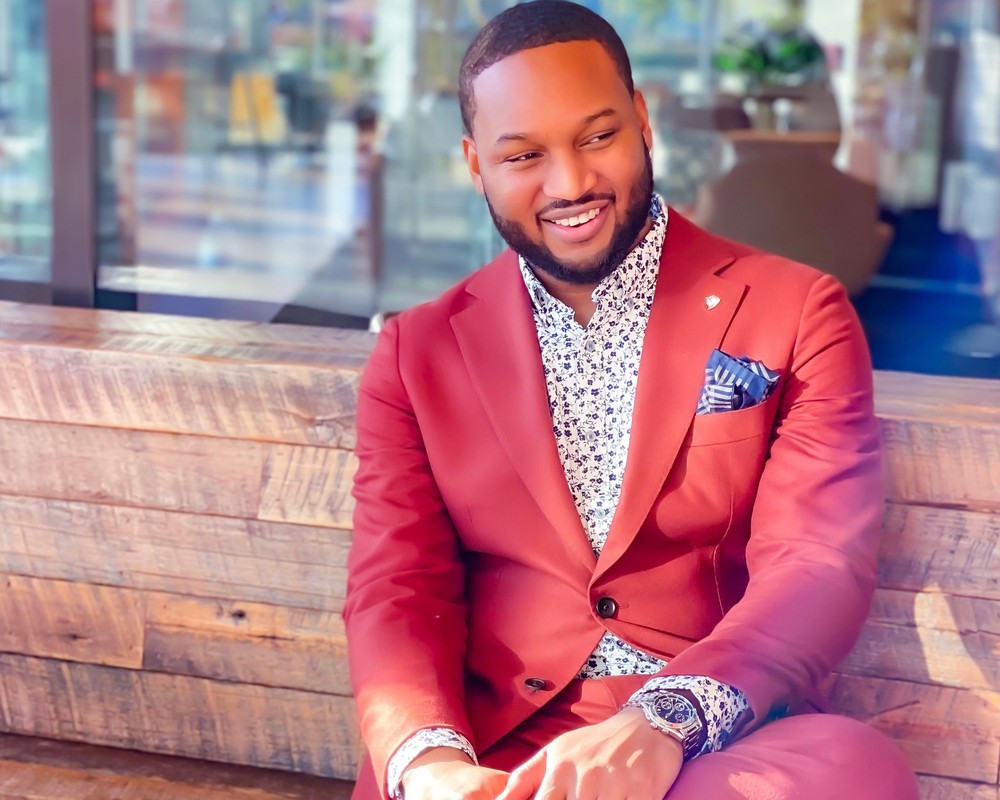 Alright, so let’s move onto what keeps you busy professionally?
At the age of nineteen I was homeless, lost my sense of direction and many didn’t believe that I would amount to much in life. By twenty-nine, just a short 10 years later, I was an Executive in a multi-million-dollar organization. That unexpected success reminded me of parallels to one of my childhood heroes.

Many years ago, I acquired the professional nickname, Batman. Yes, Batman is the best Superhero for many reasons (my bias is showing); however, there is one key lesson that I’ve learned from him that means the most to me.

As a child who witnessed the loss of his parent’s right in front of his very eyes, Batman’s life could have spiraled in the wrong direction. Instead of taking his family’s wealth and living a “woe is me” life of self-destruction, he decided to dedicate his life to protecting others from the same harm he endured. That CHOICE to me is powerful because in life, we all experience adversity that could cripple our motivation to move forward. Being homeless and caring for my ill mother throughout my twenties, then ultimately burying both of my parents before I reached the age of thirty, could have paralyzed me.

Instead, I learned the important lesson of resiliency and perseverance at an early age and decided to dedicate my life in service to others. Now many years later, I have a beautiful family of my own and am very involved in mentoring the youth in our community as a way of giving back.

Regardless of what’s thrown our way, each of us has the power and ability to invest in the lives of others and make a meaningful difference. We all have something unique to offer this world, and I believe that there is a bit of Batman in all of us. I’m truly humbled to have the privilege and opportunity of making a difference in the lives of others via the GIFT of leadership. 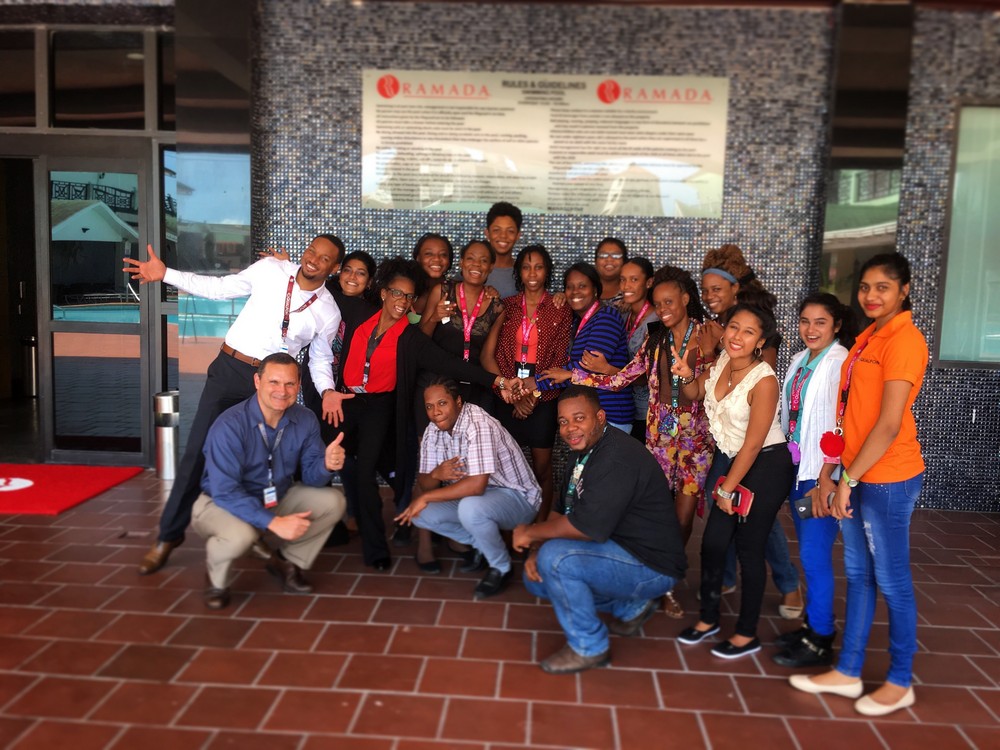 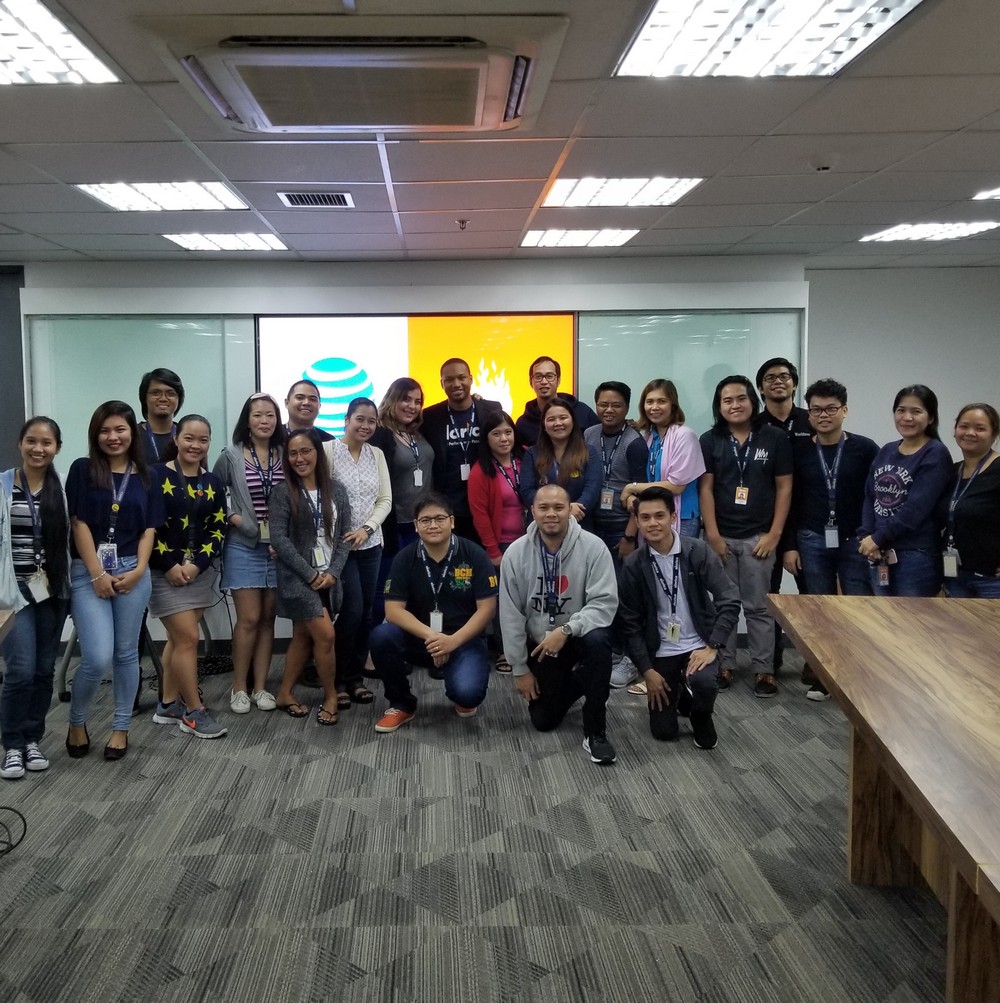 If you had a friend visiting you, what are some of the local spots you’d want to take them around to?
If I designed a perfect day in the city it would be: 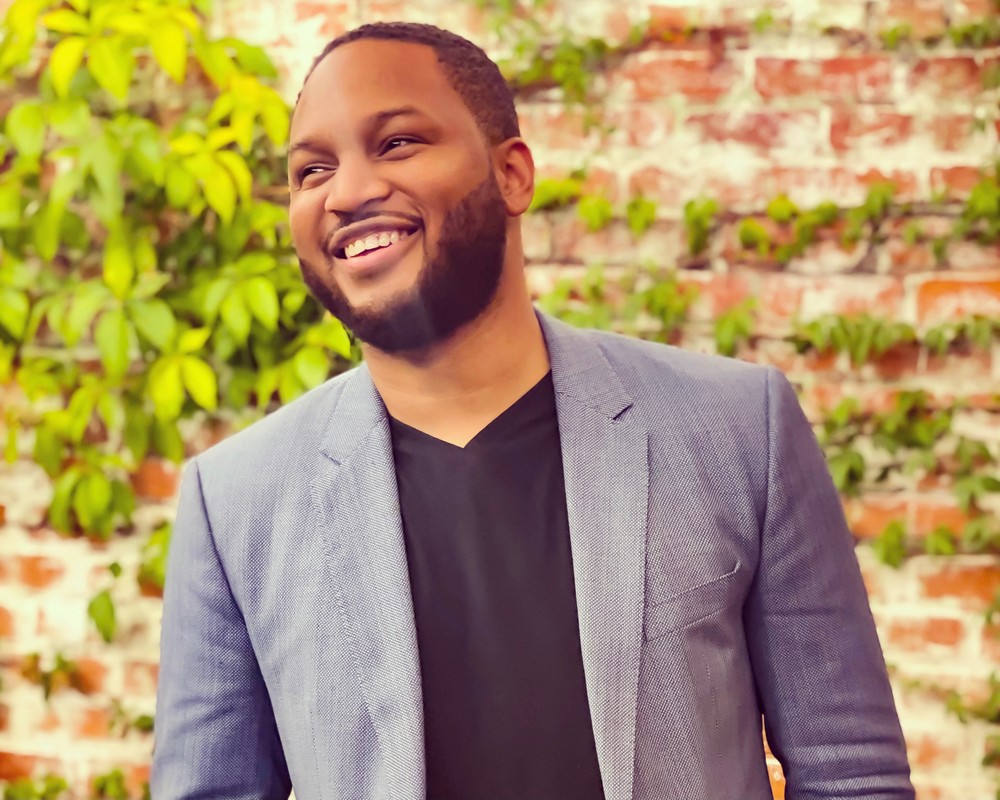 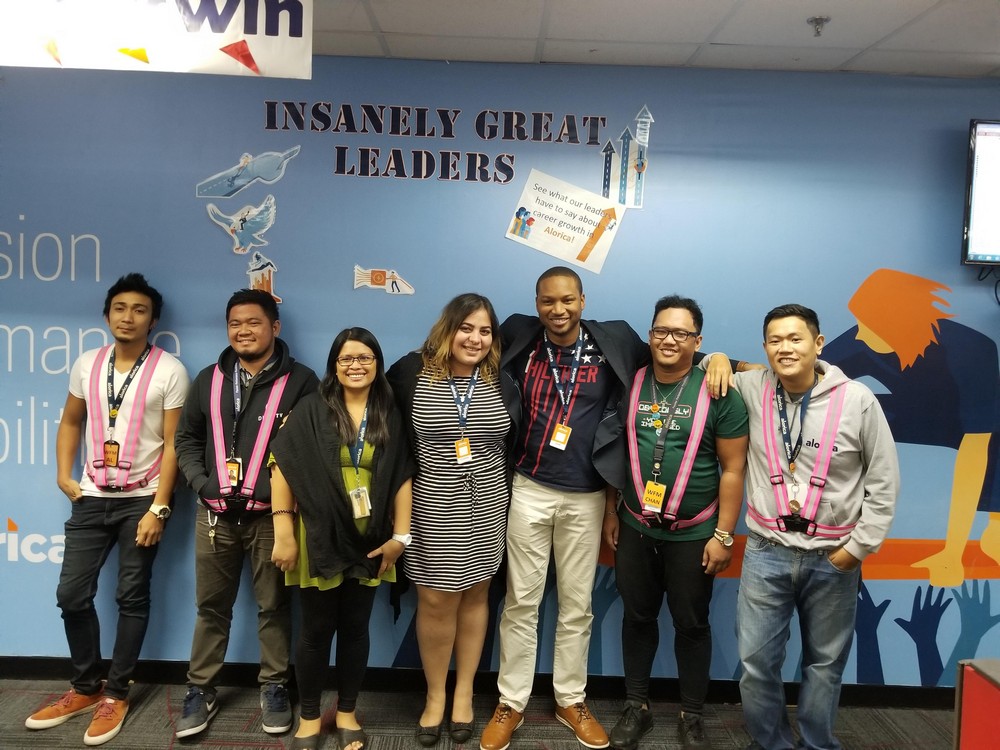 The Shoutout series is all about recognizing that our success and where we are in life is at least somewhat thanks to the efforts, support, mentorship, love and encouragement of others. So is there someone that you want to dedicate your shoutout to?
I would love to shout out my leader who changed the course of my life, Heather Johll. Without her faith in my leadership abilities, trust in letting me make my own mistakes and encouraging me to continue to take risks, I would not be the man that I am today.

In addition to her, I would also like to thank my original Analyst team in Mexico: Claudia, Luis, Cesar, Carlos, Salazar and Vladimir. As a first time manager and expat who didn’t speak Spanish, they took me and my family in as their own. They each in their own way taught me the difference between a boss and a leader. I’m proud to say that each of them are now Managers in their own right.

We changed lives together and I’m forever grateful. 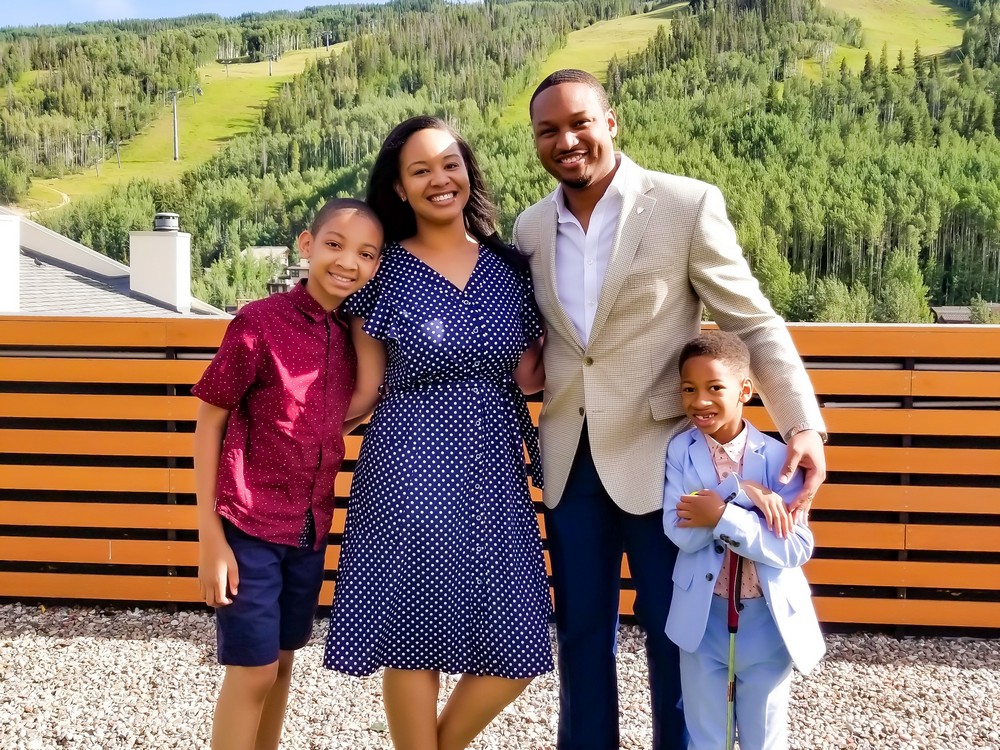 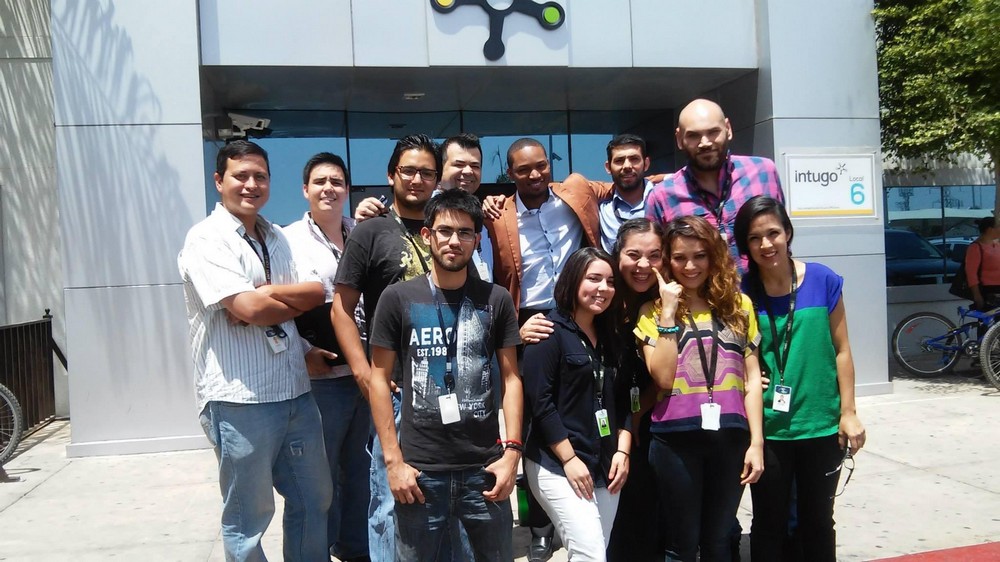