We had the good fortune of connecting with Perry Zulu Jr. and we’ve shared our conversation below.

Hi Perry, we’d love to hear about how you approach risk and risk-taking
For me taking risk has always been apparent in many areas of my life. Beginning with the 1990 civil-war crisis in Liberia; my family and I risked our lives as we fled from rebel troops, into exile in Ghana. I found myself again barely making it out of Liberia, as I was being evacuated out of the country to the United States by U.S. Marines, as a result of the 2003 invasion. And so as an actor/ performer/artist, all I know is taking risks. From auditioning, networking, to booking a job, I’m always betting on myself no matter the odds that are against me. And that comes with the job of a creative/performing artist. Acting totally found me when I took the risk to move to Atlanta GA; with no family here. When I got here, I was doing security on movie sets, and also on some of Tyler Perry projects. Then one day my first independent film role was offered to me, while I was getting a hair-cut at a barbershop. I’ve never looked back ever since, even though I understood the severity of this risky and scary adventure that comes with making a living as a professional actor. And so I say all this to say that the risks that I’ve taken all my life, helped acting to find me, and gave me a clear sense of purpose in my life. Therefore I never look away from the challenges and risks that shows up along this journey of mine. For there is no turning back at this point, no matter the risks/uncertainties. The movie industry is an industry of try and error until you make it. Learning from your mistakes and not being afraid of failing forward. Now that’s a real risky business. But I guess I’m more also comfortable with taking risks because of my faith. I wouldn’t be able to take any step without God. My faith has always been a major part of why I continue to persevere. Being able to face whatever challenges along the way, while still believing to catch a break. Eventually the goal is to look back from the mountain top, and be grateful and thankful for all the steps, risks, rejections, and challenges it took to reach your goals; because it makes the journey a whole lot more worth it. 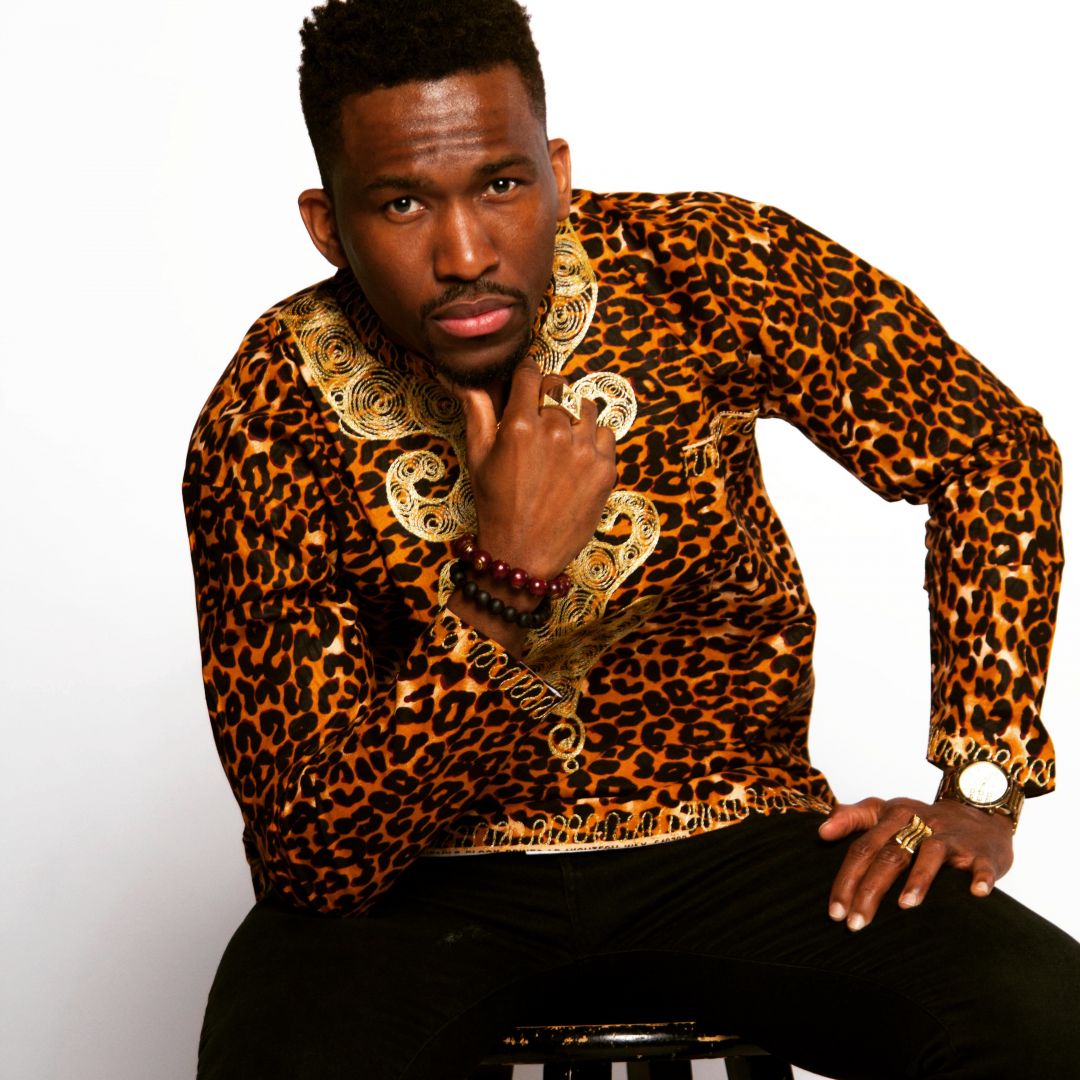 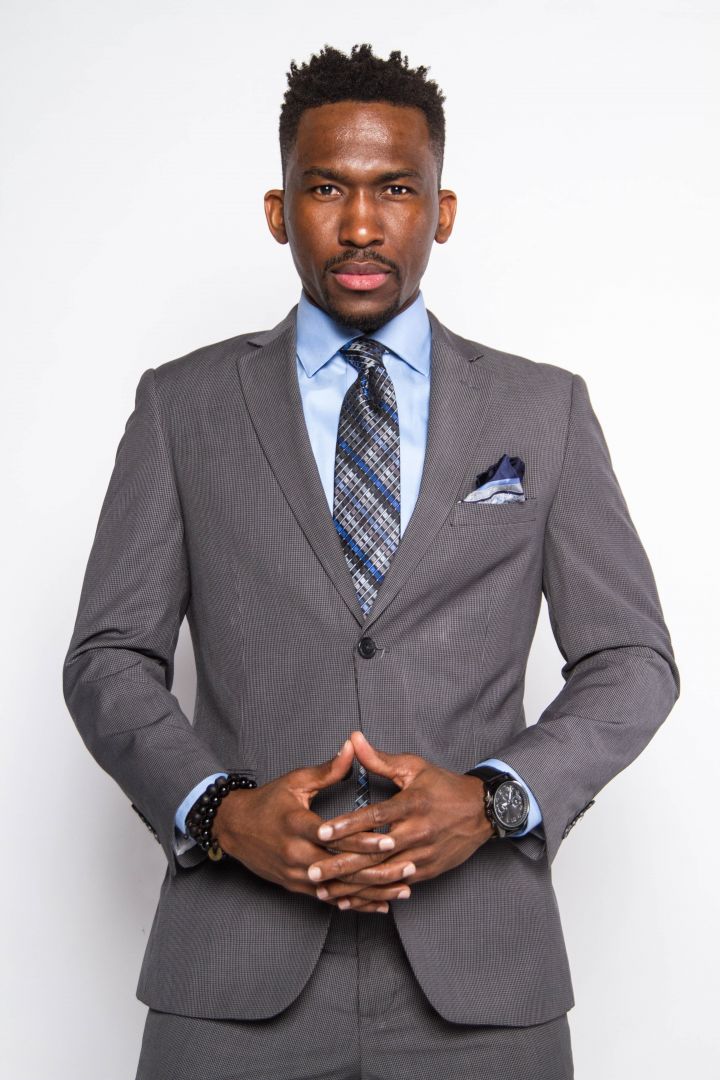 Can you open up a bit about your work and career? We’re big fans and we’d love for our community to learn more about your work.
I’m an actor/singer/songwriter and now screenwriter. I started as an R&B singer touring and opening up for several artists such as; E-40, Slim(112), Keisha Cole, Jon B and etc. I’ve always been a performer- acting/ music, but I took acting seriously in 2013 after I was offered my first role in an indie film called Bloated Minds by director Eddie Tosh. Since then I’ve been learning and perfecting my craft, studying under several veteran actors( Jeff Rose) and previous Emmy winners like Natalia Livingstone and Rick Hearst. Acting is a continual learning process for me, and I’m still discovering more ways to master my craft. What sets me apart is my ability to adapt in any given situation, bringing an honest interpretation of reality to the screen. I also have the best of both worlds as in; I know what is to be a Black man in America, and a Black man in Africa. My heritage, culture, nationality, and history are all key elements that I bring to the table; to be as natural and true in whatever assignment I must convey. For instance; Put me in the gangster films and I know what that’s like, because I’ve lived in the hood/slums/projects. And if you put me in Black Panther, I know how to be a realistic king and warrior. Put me in anything, and my color will not be a factor in hindering the honesty, and essence expected or required to engage and reach the audience in all honesty.

I always tell people who admire acting from afar, that this is not as easy as it looks. And if you are only pursuing acting to be famous, and liked, please get out of Hollywood. You are only crowding the space where the real thespians need to be. You may ask so who is the real thespian? Not the person who do this to be famous and rich, but the person whose life is acting. They have the “it” factor before they even went to school for it, and their performances tells it all, that this craft is their life… period. So it’s not an easy career. As for me, acting chose me. I was only focused on singing, and performing. All I had done concerning acting were stage plays, until someone threw me an opportunity, and I’ve been running with it ever since. I’ve been discovering the depths to why I’m an actor, and the discoveries has been very encouraging. The challenges of this industry is not for the faint of heart. You must be somehow immune to hearing no, that you can just keep on showing up, and giving it your best shot. Eventually you will catch a break if you don’t quit. I want the world to know my story as a man who came out of the worst places on earth, and the worst stages in life, without losing focus on his destiny and purpose. I want the world to know that it is best living and doing what you love, and feeling fulfilled; whether there is a huge reward or not, than chasing a huge reward doing something that doesn’t fulfill you at all. If you are the best cook in your house, keep being the best cook right where you are until God blesses you to start cooking for corporations and dignitaries around the world. Also remember, we all walk our own different path, so never feel pressured, and compare you progress with anyone else’s progress. 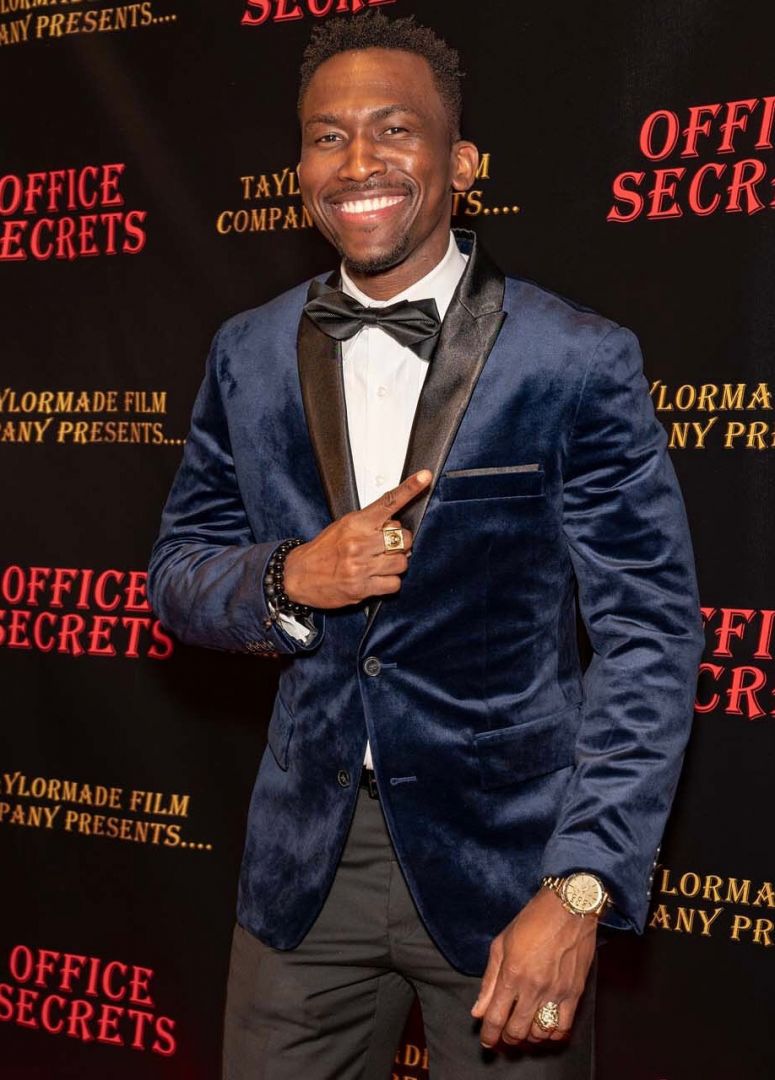 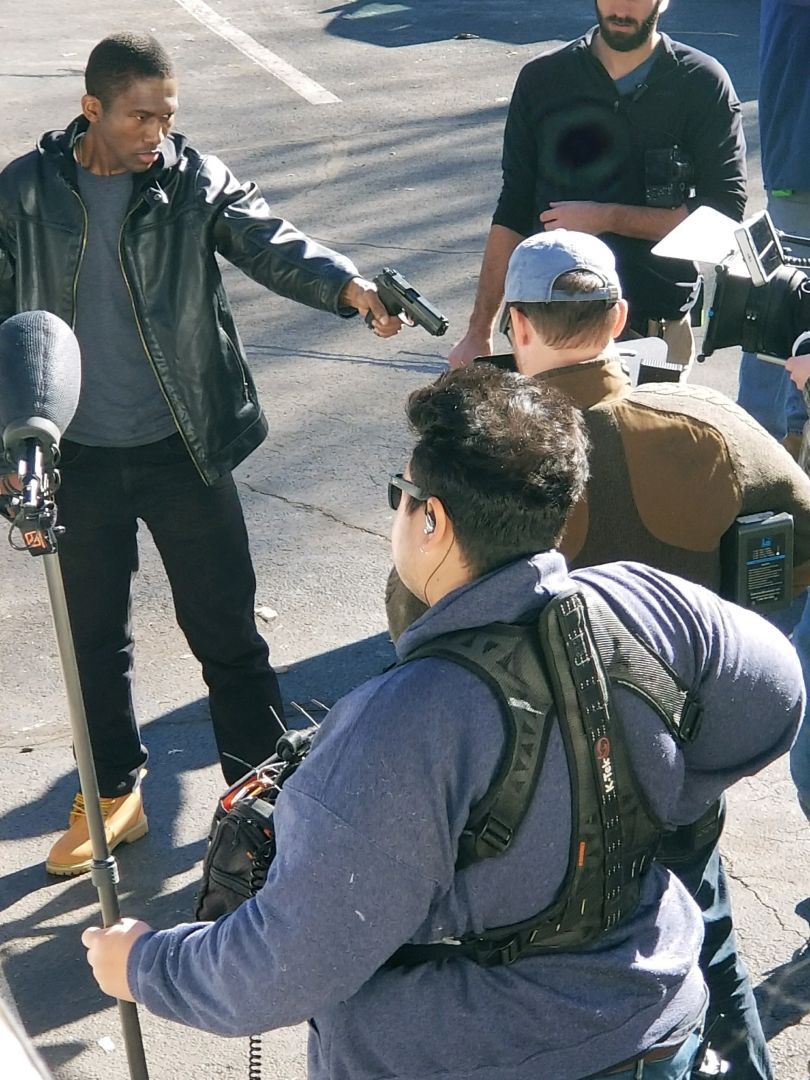 Any places to eat or things to do that you can share with our readers? If they have a friend visiting town, what are some spots they could take them to?
Well since I’m a fit guy, we will have to start it up by hiking Stone Mountain in the mornings. I’m like the James Bond kind of guy, and so I like the upscale life of Atlanta. For an evening to chill and get a drink, I’ll take them to Whiskey Blue. Maybe have dinner at the The Palms. I’m a dancer too, so salsa dancing at Loca Luna will be fun on the weekends. And if the want to try some African food with some Afro-vibe; I’ll take them to my cousin lounge/restaurant- Taste Lounge. All the other sight-seeing spots we can figure it out later lol. 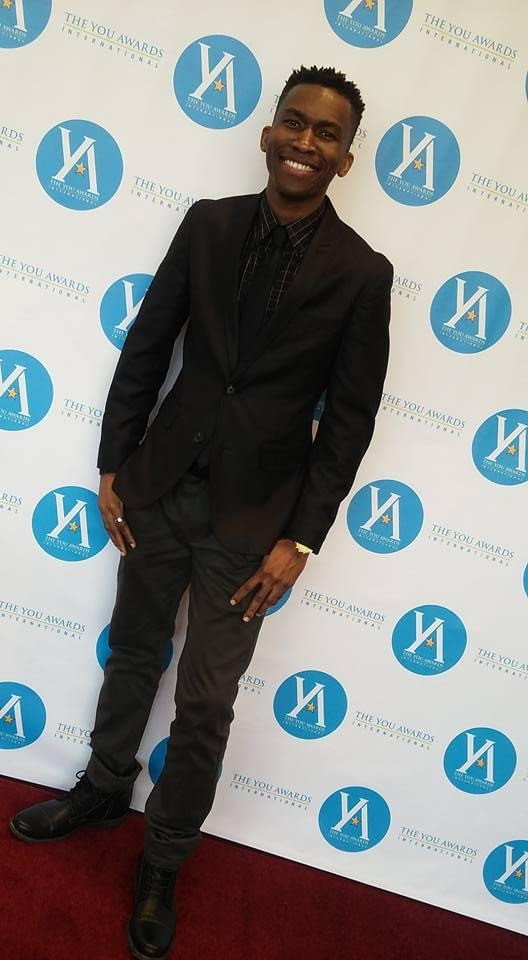 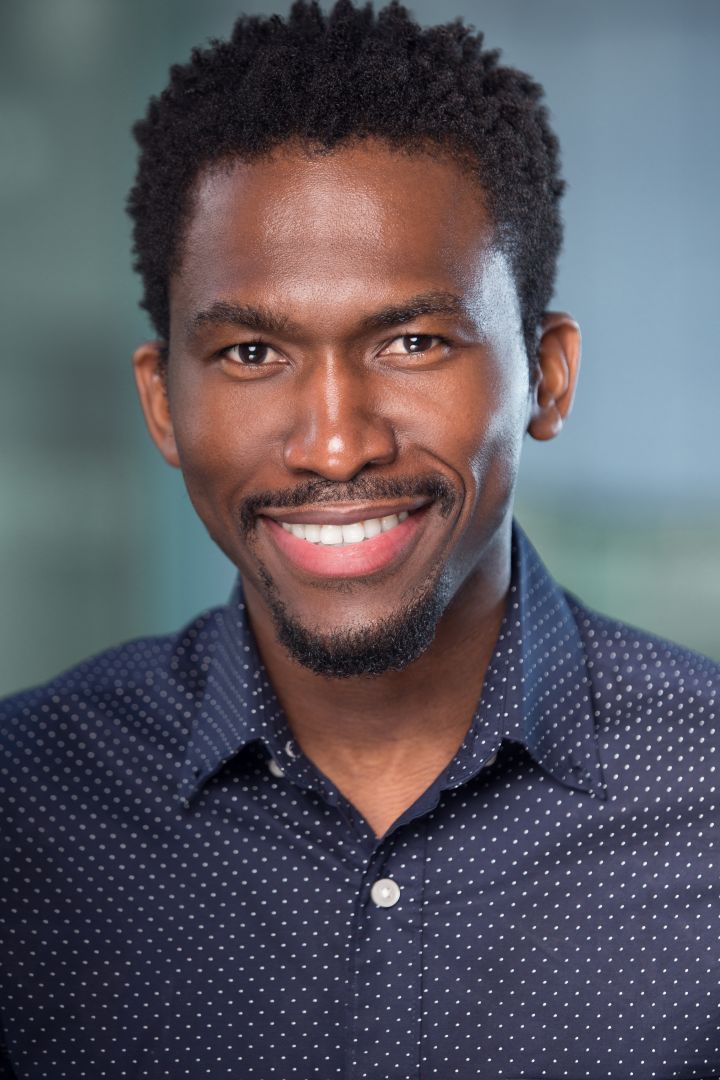 Shoutout is all about shouting out others who you feel deserve additional recognition and exposure. Who would you like to shoutout?
First and foremost I want to shoutout God for being my everything.

And secondly, I’ll like to shout out Mr. Chris Gardener; who I had the privilege to meet, and to be mentored by him. His story have always inspired me; in the movie
( The Pursuit of Happiness) and his book.

Also I want to shout out Mr. George Pierre( Atlanta Casting Director) who helped me book my first SAG role in Coming 2 America. 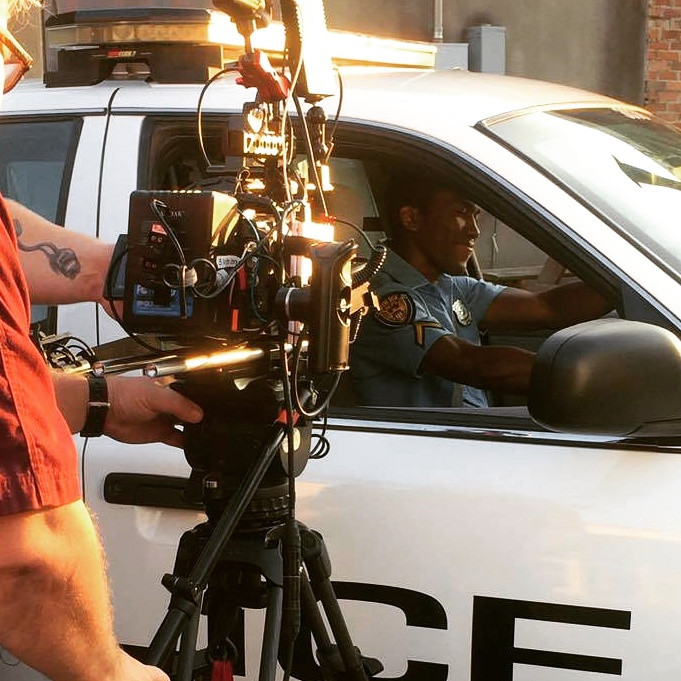 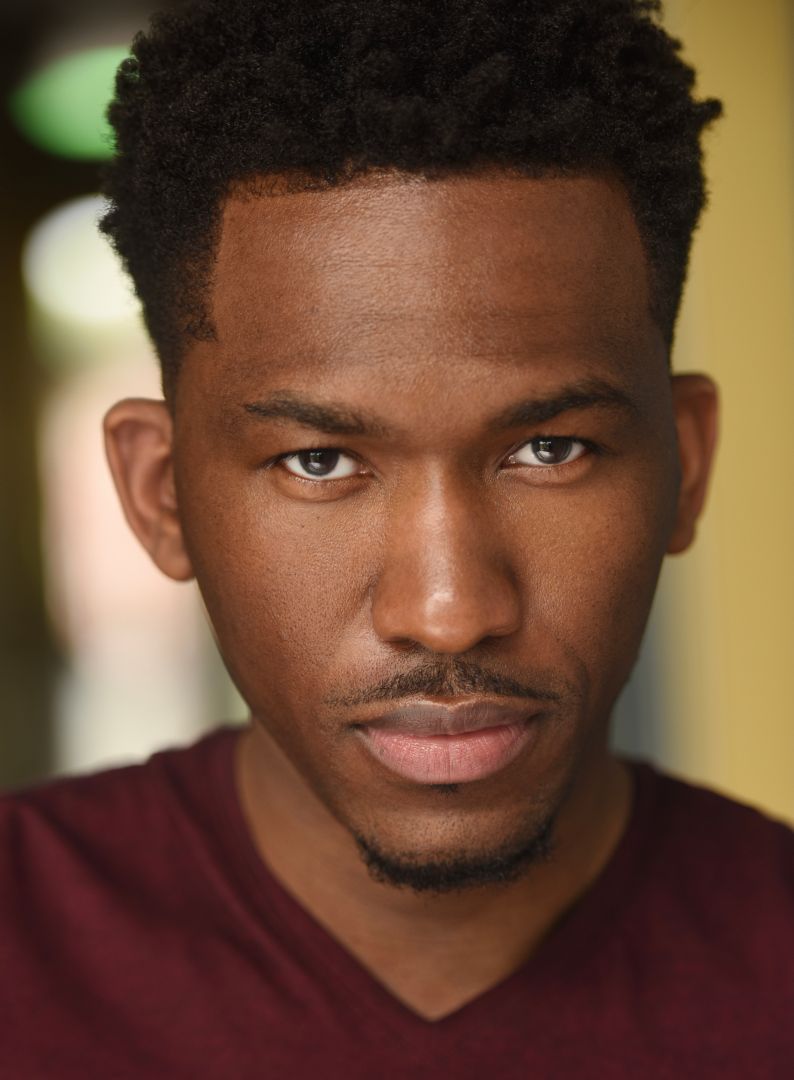