We had the good fortune of connecting with Maria Liatis and we’ve shared our conversation below.

Hi Maria, what is the most important factor behind your success?
Sketchworks Comedy owes its success to the people who make up its community, aka The Cogs. I use the term community, because that is exactly what we are. Plus, we have a Community page on Facebook so it kinda makes it official.

Since 2001, Sketchworks has produced award-winning sketch shows, filmed sketches, and classes for all ages. Our actors, writers, and coaches are industry professionals with years of experience, who are passionate about spreading laughs.

In addition to their talents, our community is also made up of people who are supportive of each other; whether it be helping friends out on their own video sketches, proofreading a friend’s script, or helping get rid of rats in the old theatre (for real, I heard that happened), you can always count on SW Cogs to lend a hand.

Honestly, we just have amazing people in our ensemble. During the pandemic, our acting coaches had to make a huge transition to online learning…not an easy feat when you are a theatre. Through patience and dedication, they were able to make it work! We even had successful summer camps and adult acting intensives.

Our primary goal at Sketchworks is to encourage the growth of our Cogs. Our Cogs have their own passion projects, some will work with other theatres, and the majority have a life…like an actual life outside of Sketchworks. Not Brian Troxell though. He’s stuck producing. I think that’s something that sets us apart at times. We’ll go to the opening night of your show, we’ll donate to your short film, we’ll walk your dog. Our Cogs support each other through it all. 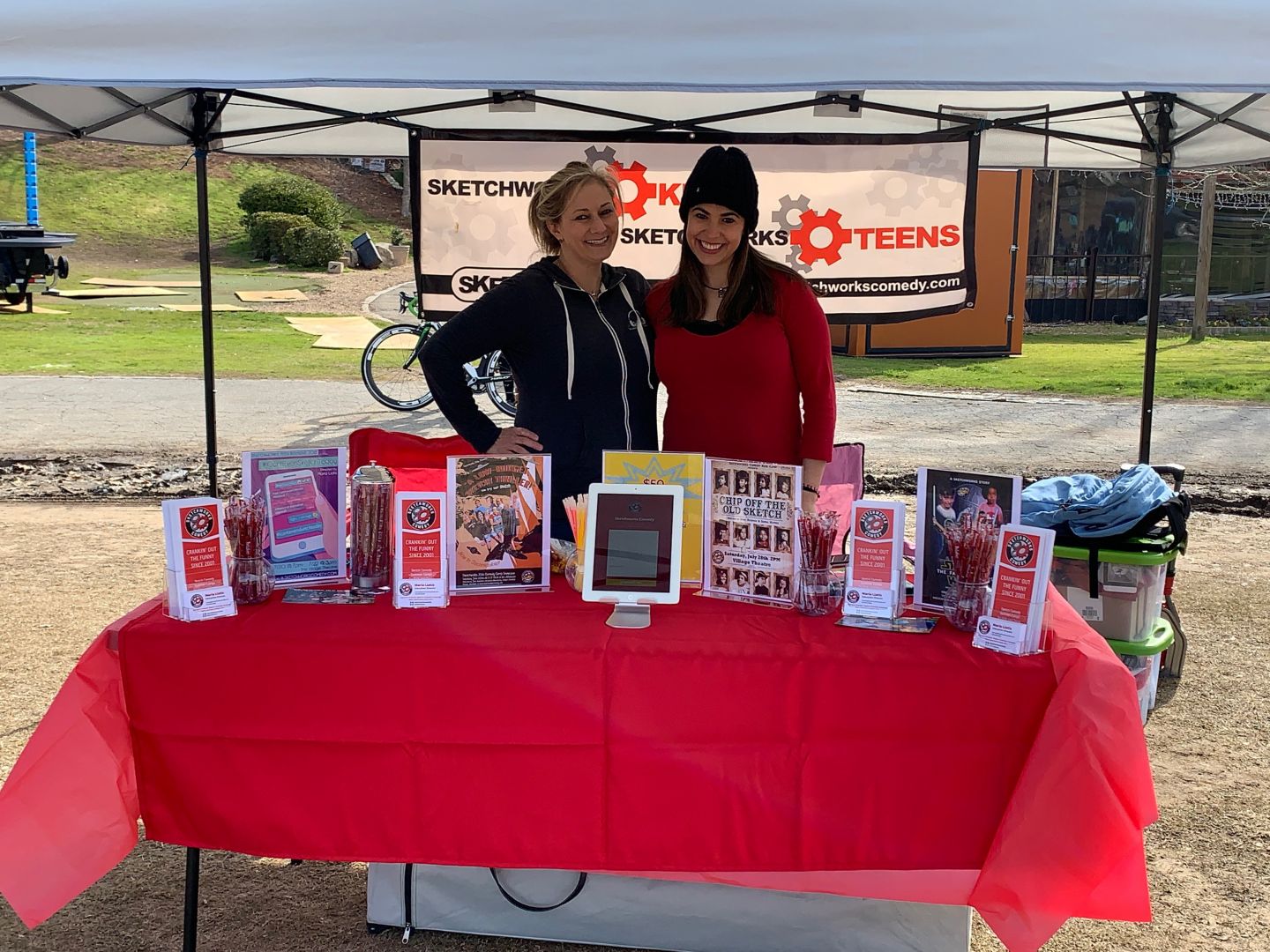 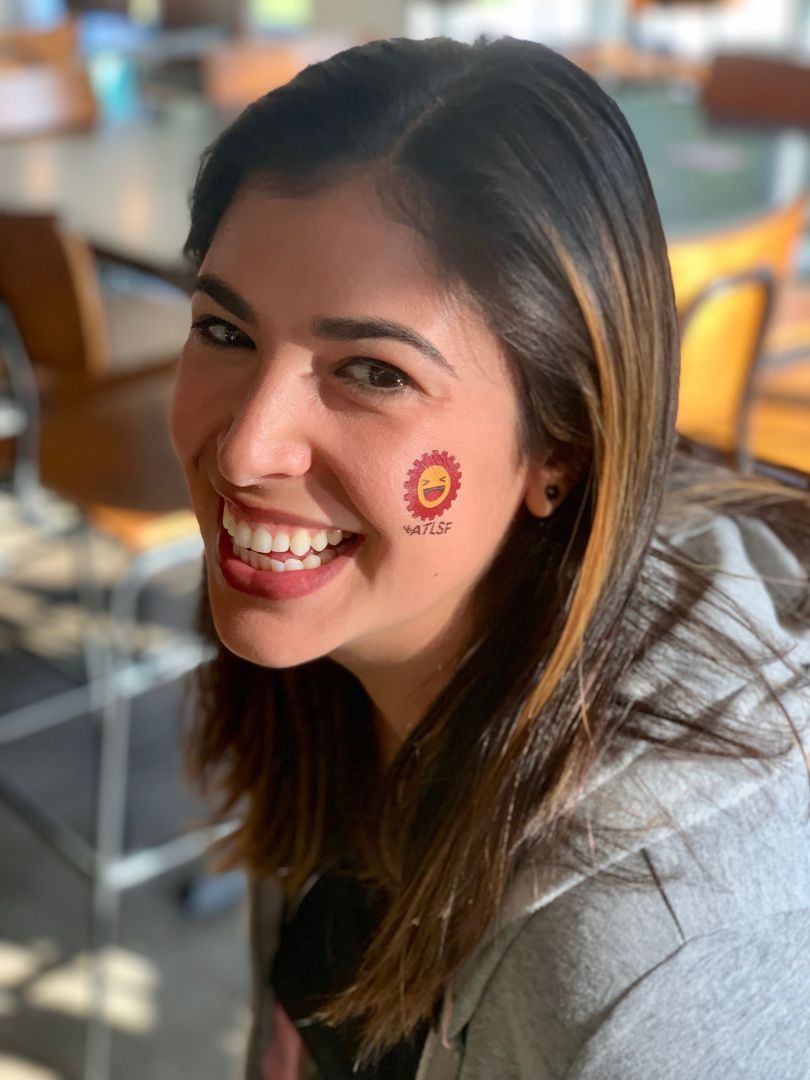 Let’s talk shop? Tell us more about your career, what can you share with our community?
I graduated from the University of Georgia with a theatre degree in hope of pursuing an acting career. Little did I know, becoming an actress wasn’t that easy. However, I found that I was able to fulfill my creative desires in other ways and redefine my idea of a successful career.

Acting started off as my first passion, and I was able to gain some successes on stage and in front of the camera in commercials, industrials, and indie projects. My passion led me down different avenues, but it also made the struggles that I ran into completely worth it.

The best advice I can give any actor, novice or professional, is to train. Constantly. As we age, as time passes and we experience new things, people change. Great acting coaches will help actors check in with themselves and learn how to bring a bit of themselves to their roles. Plus, there is an infinite amount of knowledge out there and so many different coaches one can learn from!

My passion for education, especially in educating children, is what led me to teach on-camera technique at The Actor’s Scene for 7 years. Eventually, I started taking classes at Sketchworks Comedy. I was so excited to get to perform on stage and make audiences laugh. Casey Holloway, my coach, is responsible for helping me come out of my shell and overcome my stage fright. I mean, I still get it, but at least I can control it now. She and the Sketchworks community were so welcoming. For the first time, I was eager to perform in front of live audiences and even start writing my own content.

Following in my mentor’s footsteps, I started teaching summer camps at Sketchworks. I even directed a sketch comedy holiday show that included a cast of adults and kids – the first time Sketchworks had done that. IT. WAS. AWESOME. Several mainstage shows and classes later, I took over as Education Director. I’d like to thank my Type A personality for that transition.

Many of my best friends are Sketchworks Cogs and without them there are so many things I would’ve been too afraid to pursue. Having the support of a community gave me the courage to pursue writing and filming my own projects. My experience as an educator led me to direct more and to start my own production company, Cart Reel Films. My background in sketch comedy helped me also pursue my career as an audiobook narrator.

In so many ways, having Sketchworks in my life has helped me find my own type of success. I get to do a little of everything and stay creative. That’s what I want people to remember. As they venture forth on their creative journey, it is so important to surround yourself with people who will push, support, and inspire you, while also doing the same for them, because you never know what kind of great life you’ll be able to piece together for yourself. 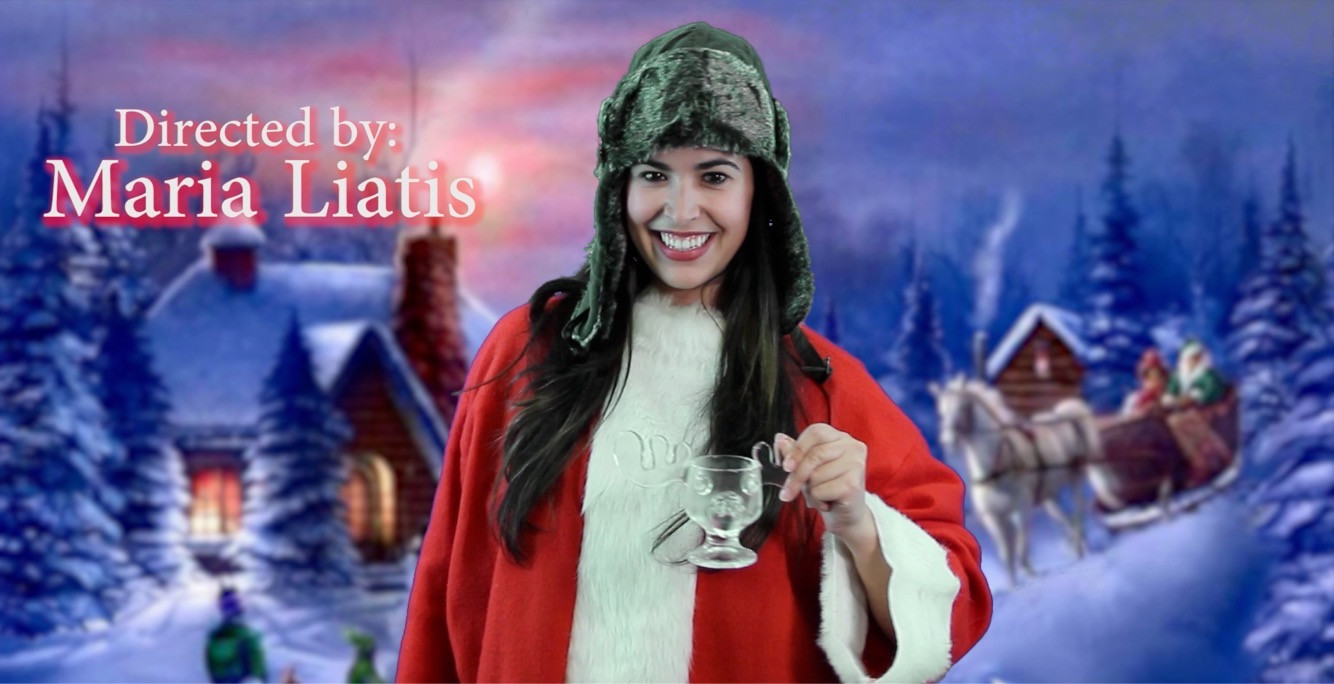 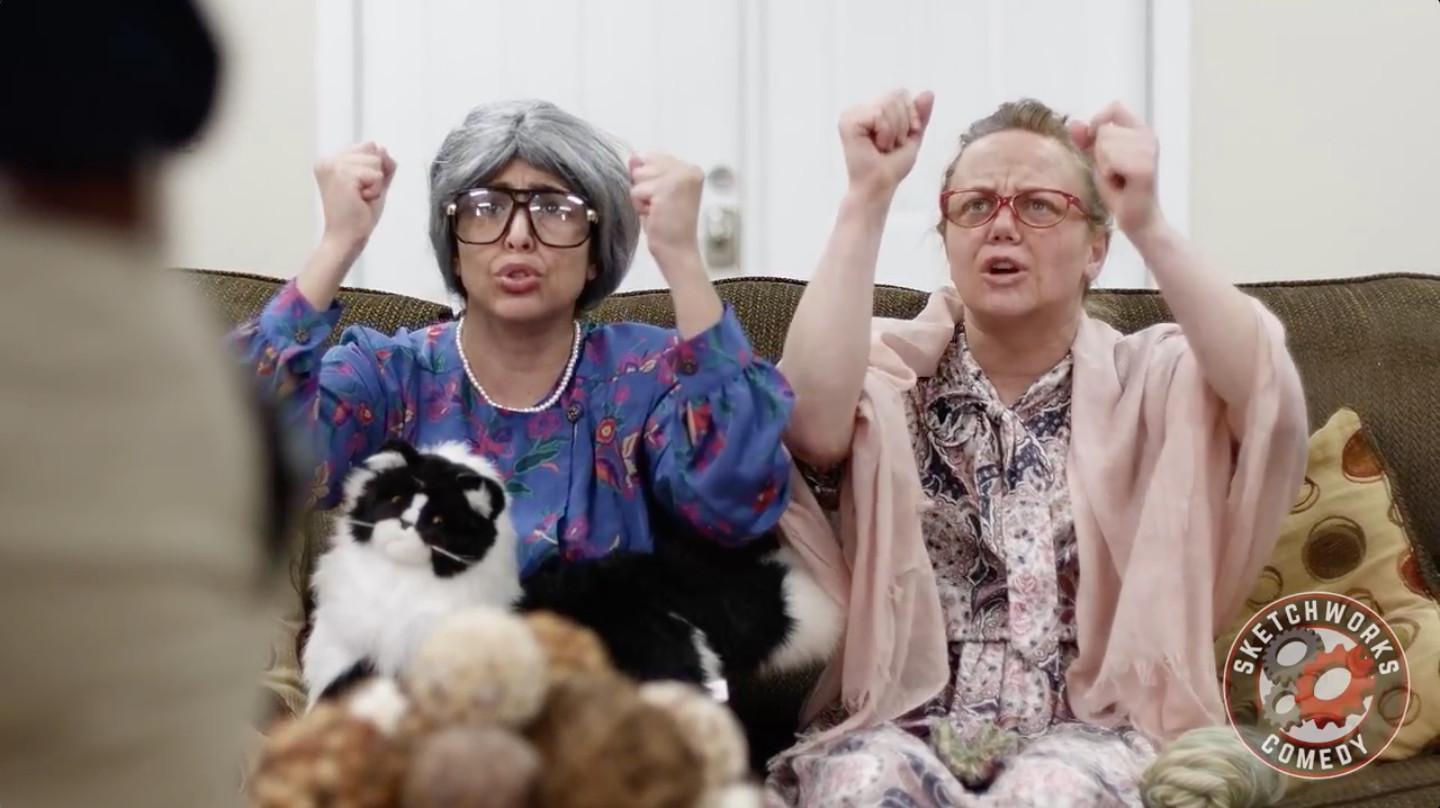 If you had a friend visiting you, what are some of the local spots you’d want to take them around to?
Honestly, this is kind of a hard question since I haven’t gone out in a while. Because, you know, the pandemic.

Whenever one of my best friends, Tara Macken, would come to visit, we would always have what we called “an epic staycation.” One day in which we packed a million activities from morning to night and that usually gave me sore muscles the next day. Spreading this out over a week is nothin’.

So, in honor of Tara and the “epic staycation,” this is what my itinerary would like for a week:

First of all, we would go hiking. We would probably go to Tallulah Gorge, Amicalola Falls, Providence Canyon, Sweetwater Creek, or Mount Yonah. And we would definitely rent some bikes and go down the Silver Comet Trail. Georgia has some pretty outdoor sites, so we would definitely spend some time outside.

I would take them to Cafe Intermezzo to enjoy a slice of cake or a delicious hot chocolate, because I freaking love that place and the audio language courses they play in the bathroom.

If there’s a good show playing, I would splurge and take them to the Fox. Who am I kidding? As long as it’s a musical, I’ll probably love what’s playing and want to go. Prior to the show, we would have a fancy dinner in Midtown or in Buckhead. In this imaginary scenario, I am rich, so we would go to Bacchanalia.

For something a little less fancy-schmancy, but just as awesome, I would take my friend to Decatur Square and catch a show at Eddie’s Attic. Then we could have a drink at Brick Store Pub.

For some day trips, I would take them to Dahlonega, GA to check out the gold mines and thrift stores or Helen, GA to get some bratwurst and go horseback riding. Plus, I just love small downtown areas where you can walk around and feel like you’re on the set of a Hallmark movie.

We would definitely walk the beltline to check out Krog Street Market, Ponce City Market, and Piedmont Park. Plus, we would hit up some of the breweries on the way. Oh, oh, oh! And we would definitely stop for some King of Pops! Chocolate Sea Salt, please!

Of course I would take them to see a sketch comedy show at Sketchworks Comedy! Duh! 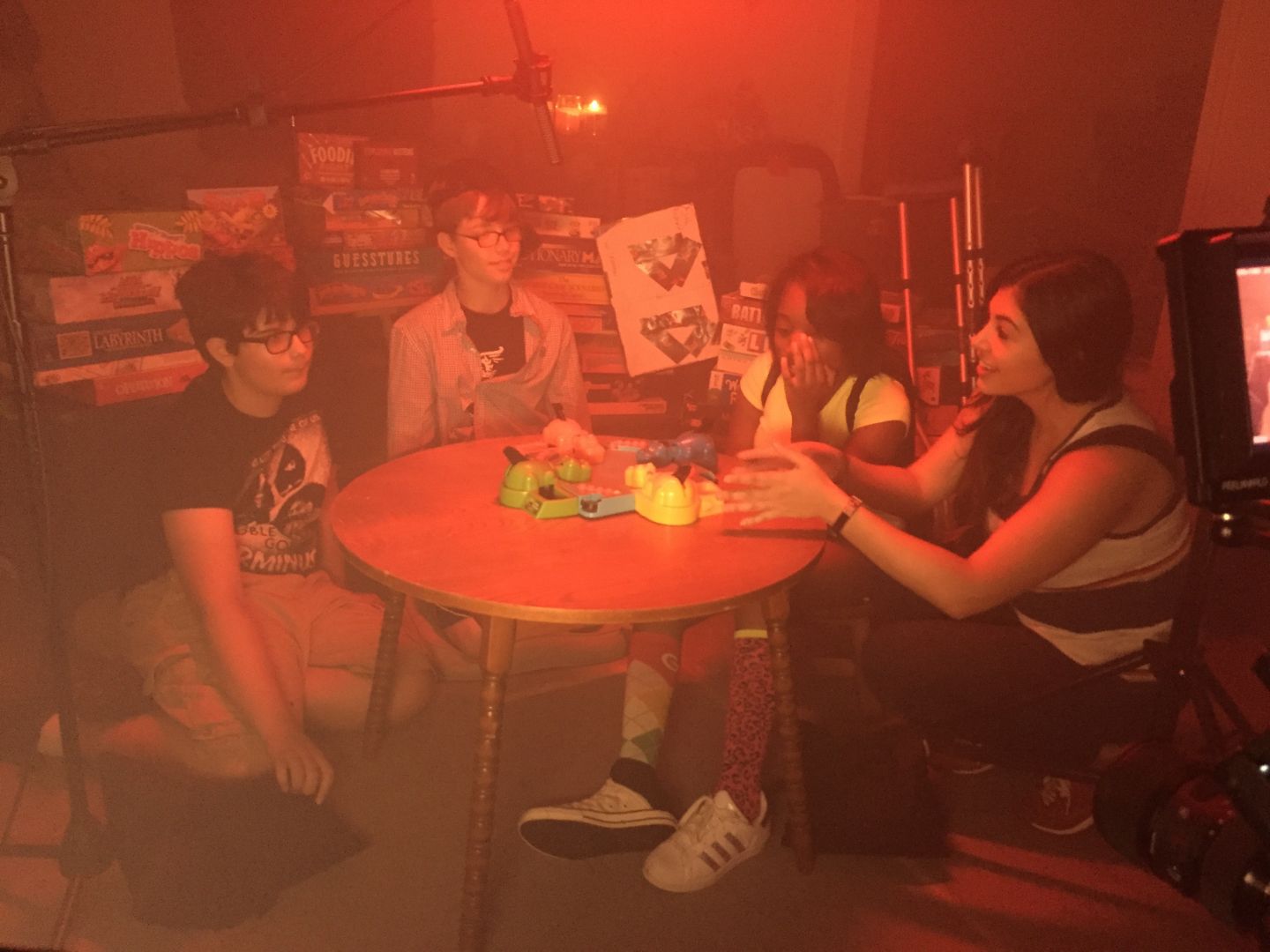 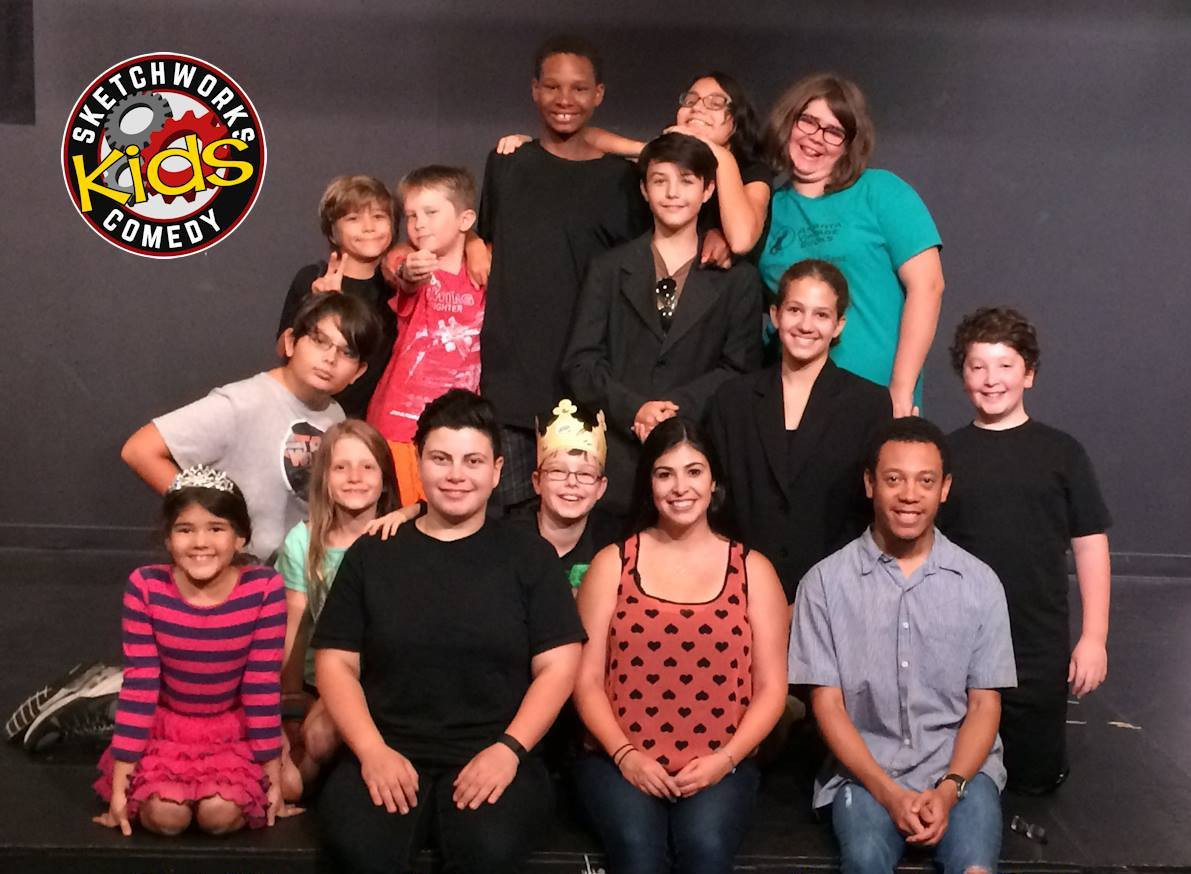 The Shoutout series is all about recognizing that our success and where we are in life is at least somewhat thanks to the efforts, support, mentorship, love and encouragement of others. So is there someone that you want to dedicate your shoutout to?
There are quite a few people who helped me along my journey to becoming the Education Director for Sketchworks Comedy. First of all, Casey Holloway was my very first coach at Sketchworks. I liked her so much that we moved in together. As roommates, y’all! Don’t get any ideas! She was so incredibly talented as an actress and inspiring as a coach. She continues to be one of my biggest cheerleaders and opens so many doors for me. For real, like, she makes so much happen for me. I really should take her out to dinner soon…

I would also like to recognize Sketchworks Producers Julie Shaer and Brian Troxell, without whom we wouldn’t have a theatre! They have to do so much, and I mean SO MUCH, to keep this theatre running. They are both talented and hilarious sketch comedy actors and I truly look up to them.

Also, of course, so much of my gratitude goes to our Sketchworks Coaches: Kirsten Krehbiel, Tom von Dohlen, Sasha Friedman, John Buisman, Cathy Poley, Matt Metzger, and especially head coaches John D. Babcock III and Sanna Erica. Without them, my title would be moot. We’ve put together quite the team of talented, experienced, and hardworking coaches that we are now able to offer classes in acting, writing, improv, filming, and editing. 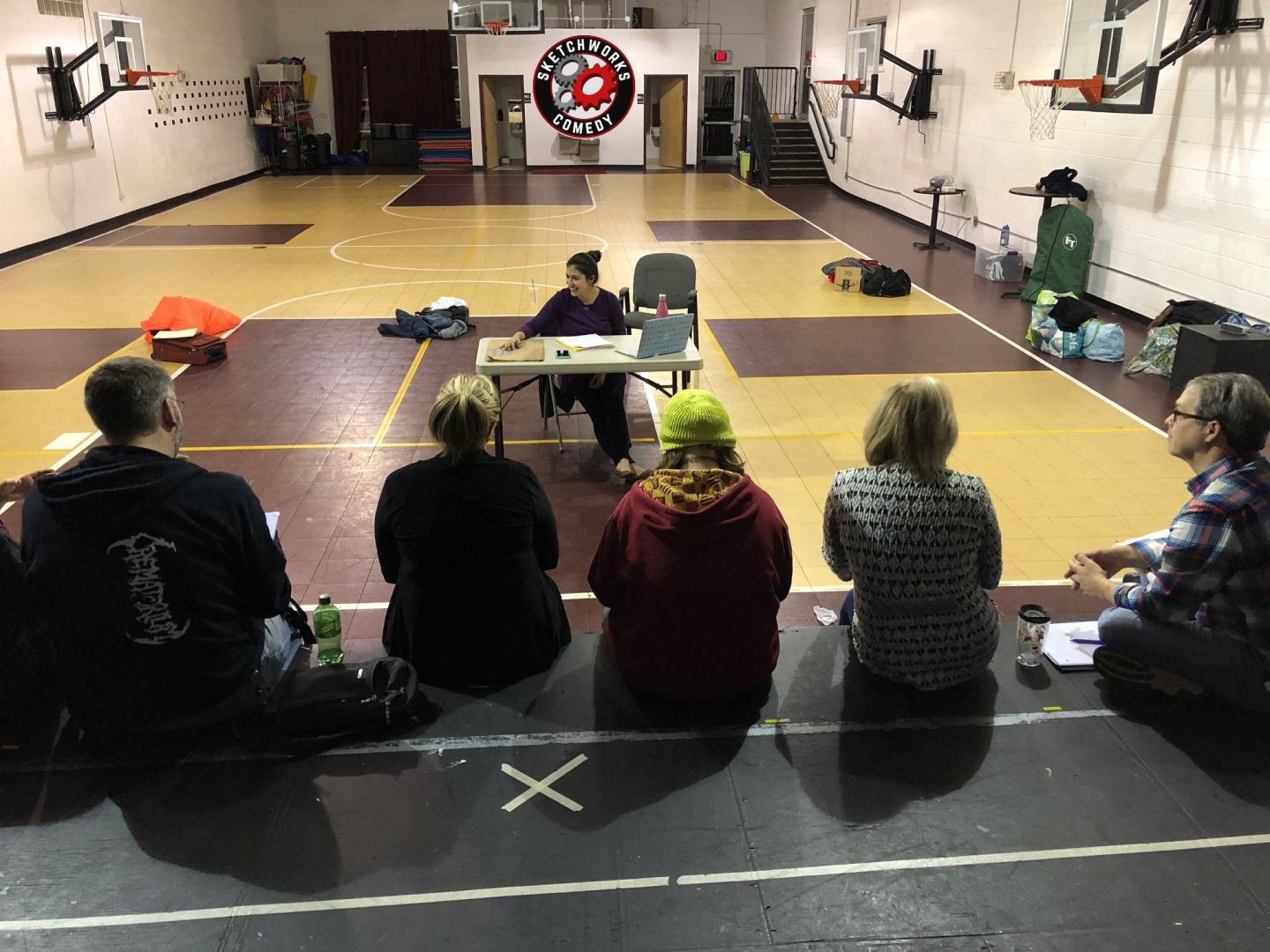 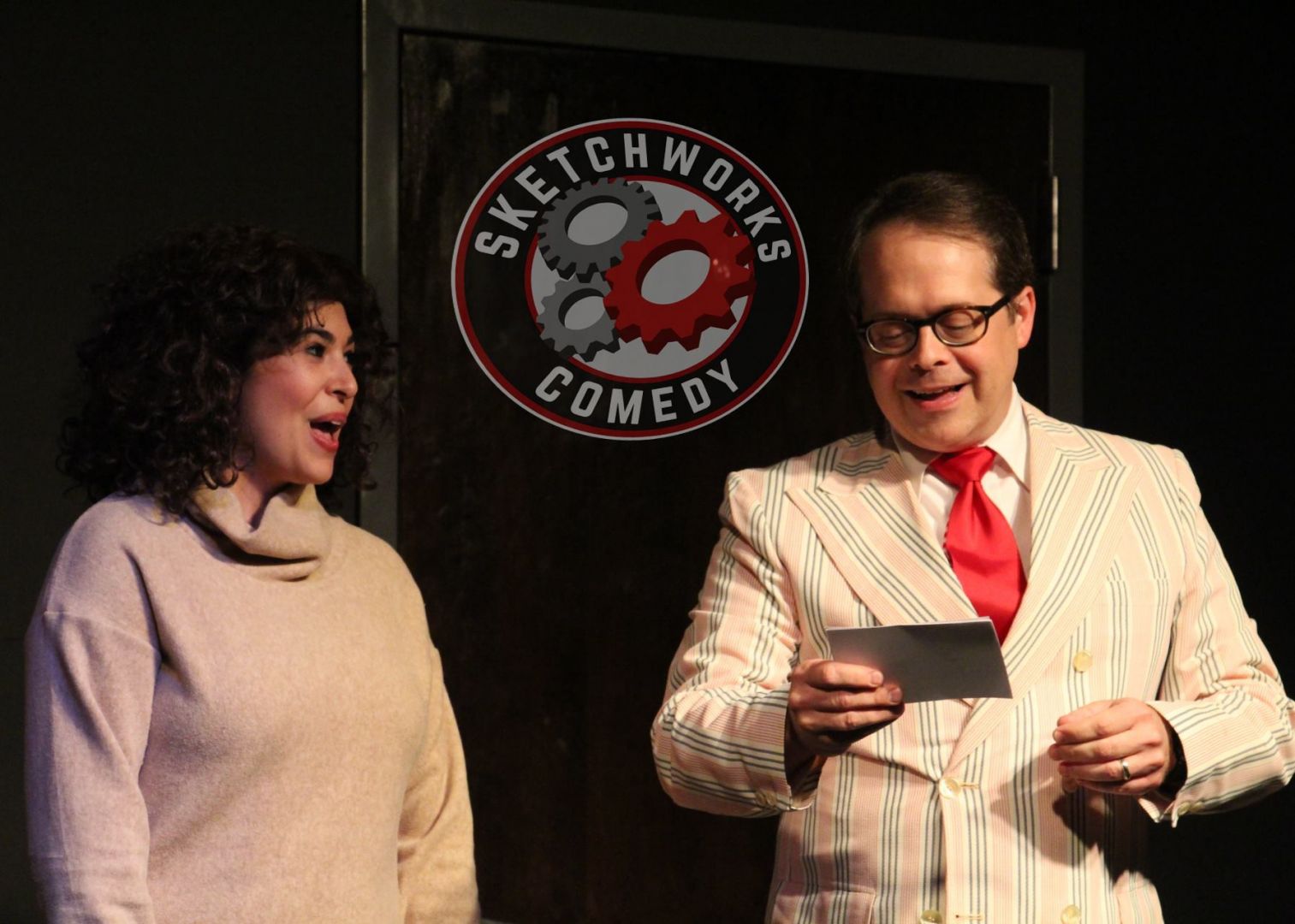