We had the good fortune of connecting with Kyle Turner and we’ve shared our conversation below.

Hi Kyle, can you tell us more about your background and the role it’s played in shaping who you are today?
I was raised by a single mother on the Southside of Winston Salem NC (Where I’m from) . I’ve seen the struggles of growing up without a father and made a promise to myself if I had a son that I would be in his life and I was blessed with a son who I love with all my heart! Despite being a single mother I never seen my mama quit or give up, always making a way for me and my siblings. I was in trouble a bunch growing up often running the streets at a young age. I’ve lost friends (RIP) at a early age as well which made me appreciate life and love it to the fullest no matter the situation I’d try to make the best out of it. I always had a hustle ambition. If I set my focus on achieving something I don’t stop until I do. So my background really taught me that it’s not where you from it’s where you going.

Can you open up a bit about your work and career? We’re big fans and we’d love for our community to learn more about your work.
I used to freestyle rap at the lunch table and play the trumpet in band class in middle and high school. I Loved to see people’s reaction when they would hear me rap. It’s an awesome feeling. I wrote a poem in science class [High School] and made it rhyme and wasn’t shy when I performed it in front of the whole class my teacher and peers were surprised and happy at the same time at that point I knew if I took it serious I could really do something. I’m proud of the fact that I started to take it serious in 2019. 2015 I recorded a few songs in the studio but I didn’t have my focus right on music at the time I had a lot of other things going on in my life. Getting serious about my music wasn’t as easy as I thought it would be but I progressively pushed forward despite the criticism and some telling me it’s too late to pursue music. I made a song “Say it ain’t so” and wasn’t familiar with mixing and mastering or adjusting my tone but I still went to Greensboro [The Rue Bar] to perform my music. My friends met me there and we all had a great time it felt good to get support from them! I performed about 2 more times before the pandemic hit and things started to slow down in North Carolina. I didn’t let that stop me I still went to the studio with a face mask and continued to release songs. I released my first video “What’s The Chances” having an association with Authentic Empire in Georgia. My thought process was that this would be the song that takes off and get me where I’d like to be in the music industry. It didn’t happen the way I wanted but I did learn a lot of good concepts that I still use to this day. I want the world to know that whatever you’re passionate about go for it!! And just because something doesn’t happen when you want it to doesn’t mean it won’t happen at all. It’s a process for everything, you have to enjoy every step of the way to see how far you’ve came and use that for motivation! “The Grind Don’t Stop” Clothing will be available soon! 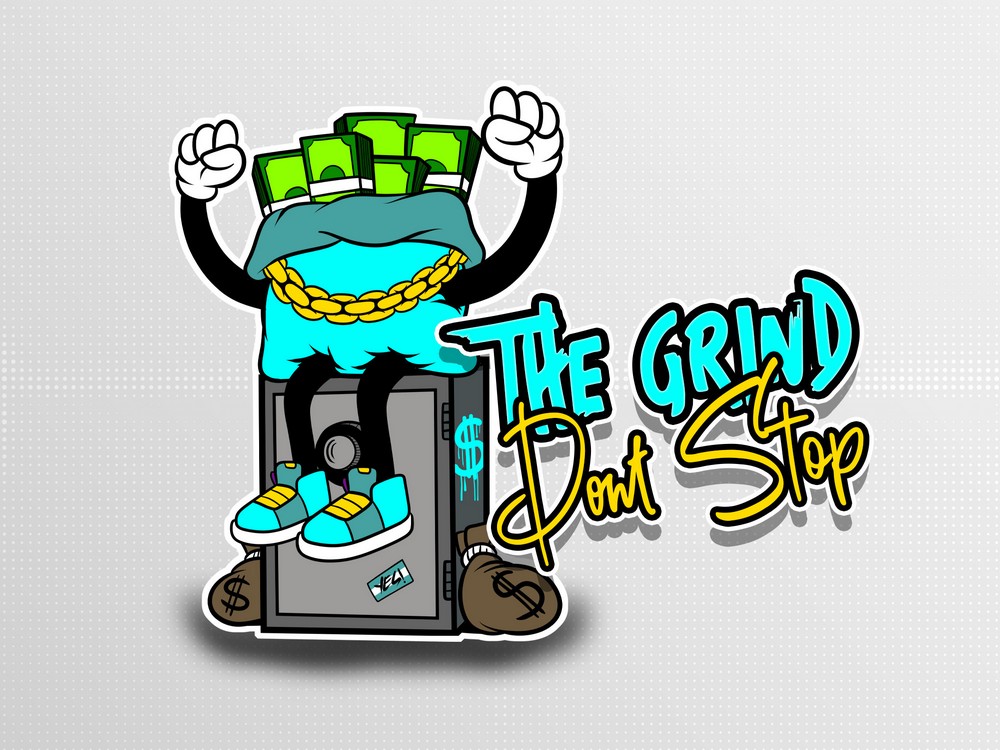 Let’s say your best friend was visiting the area and you wanted to show them the best time ever. Where would you take them? Give us a little itinerary – say it was a week long trip, where would you eat, drink, visit, hang out, etc.
If it was a week long trip it would be to one of my favorite places ever (Atlanta Georgia ) It’s a fast paced networking city with a lot of great places to visit and have fun. Eating wise you can’t really go wrong with most of the places there the food is really good! I’ve been to a lot of eating spots but my go to for something quick and good would be “Sumo Hibachi and Wings” it has a variety of different things on the menu, the food comes out fast the staff is friendly and you’ll be satisfied! Night time I like to hit up strip clubs (I love Women) hookah lounges and places to perform my music at. Encore hookah lounge has great food plays good music and it’s a real nice vibe!

The Shoutout series is all about recognizing that our success and where we are in life is at least somewhat thanks to the efforts, support, mentorship, love and encouragement of others. So is there someone that you want to dedicate your shoutout to?
I would like to recognize all my close family members and friends for all the love and support! Positive feedback and constructive criticism in my craft (music) which helps me a lot. A special shout-out to my two older brothers. Growing up they would play music in there room on some speakers that could be heard throughout the whole house. That really gave me a passion for music. Listening to various artists that they played and the feeling I would get from hearing a song if the lyrics applied to my life. It’s a great feeling, musical therapy as I would say.