We had the good fortune of connecting with Indira Jones and we’ve shared our conversation below.

Hi Indira, how does your business help the community?
I come from a community where loud gospel music playing on a Sunday means it’s time to clean. I come from a community where you can’t leave the door open during the summer because you’re letting the cold air out. I come from a community where you don’t ask for McDonalds unless you got McDonalds money. I come from a community where we are the blueprint, the inspiration, the truth, a community known as the melanated community. I also come from a community where women suppress their feelings and call it strong as the norm. A community where bandaids are used to heal years of trauma. And the magic behind black girl magic is hiding behind the pain with a fake smile. I come from a community that needs to break the generational mentality that you don’t need a “shrink”. Although we do because a “shrink” will shrink the pain and trauma we hide behind. That’s where my business comes in, Brown Girls Heal Movement is a space for women of color to bridge the gap of who they are and the woman they want to become through the healing of childhood trauma. Most women who have experienced childhood trauma don’t realize that who they are today is a direct reflection of the protector/ super hero they needed as a child. Which results in 3 type of women. The first type are the women who over compensate who subconsciously feels that by doing and giving to others it will fill the void of not having and or being enough in her younger years. The second type is what I call BOBBIANA she strives off of fixing other people and their problems as it’s much easier to admit that she herself has problems that need to be fixed. The third type are women who allowed their childhood trauma to define them so they operate out of the mindset their not good enough. In most cases women fall under at least two types very seldom do women fall under all three types. Either way BGH takes these three different types of women and meet them on their level which is the age /ages at which they experienced trauma and give them permission to feel, break, and release what they’ve been holding on to. Peace by piece we help women redefine themselves so that they can create their own type of woman they are going to become. Because of BGH we can say we come from a community where healing is a priority. A community where trauma doesn’t define us rather we define it. A community where toxicity is replaced with peace. Brown Girls Heal Movement transforms the world one woman at a time because it’s bigger than a movement it’s a lifestyle. 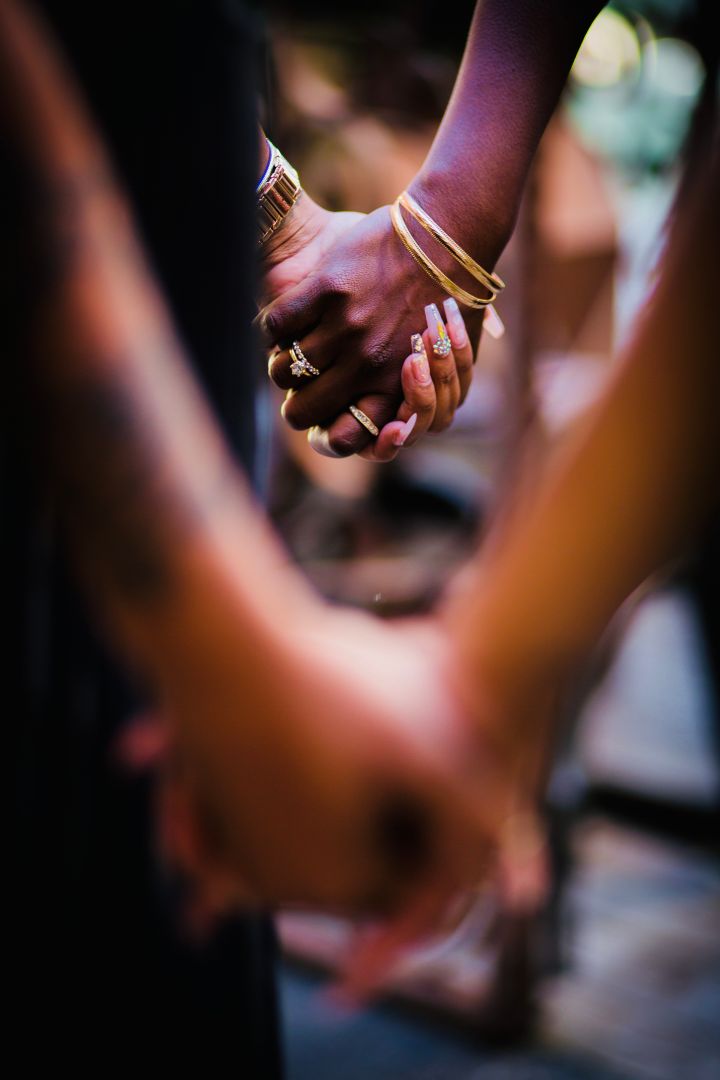 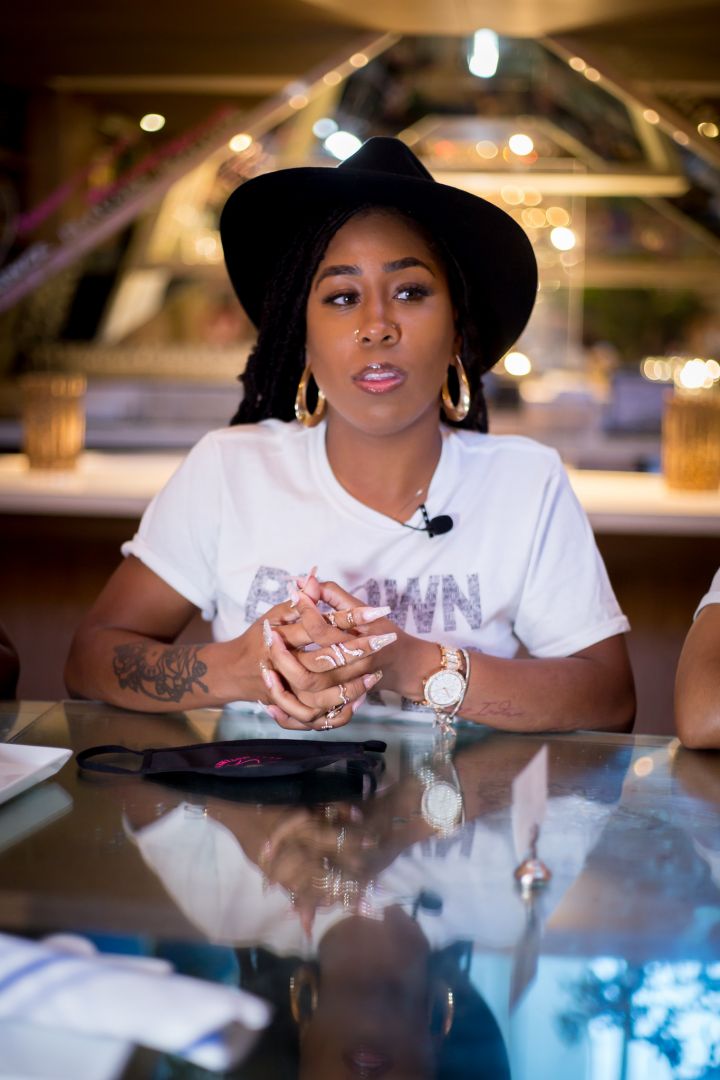 Alright, so let’s move onto what keeps you busy professionally?
What sets me apart from others is that I allow my life experiences rather they be good or bad to be used in the public eye as a means of hope for women. I have no shame sharing with my BGH family when I was enduring evictions, living in hotels, as I knew that God would one day use what had happened to me as an example of what happens for you. Through my transparency, faith, & perseverance I give other women permission to live instead of surviving.

Becoming a life coach is a funny story as I had no desire to become one. Since the age of 12 I strived to be a criminal defense attorney. I began taking the practice LSAT at 13, got the opportunity to meet Chief Justice Sears, took classes during high school that allowed me to engage in practice mock trials. I got my associates degree in criminal justice and continued my education in that field up until my junior year. I was reading a book called “How To Be A Badass & Stop Doubting Your Greatness” that forever changed my life. As I was reading the book I got a message from God that told me to host a woman’s empowerment brunch. Two weeks later I hosted a sold out empowerment brunch that confirmed this was the path I should be on. I started an online blog called “Being Indira” where I shared about my abusive relationship which led to other woman reaching out informing me how sharing my story changed their lives. That was the start of something great which is now Brown Girls Heal Movement.

When asked was it easy absolutely not. It wasn’t easy then and it’s not easy now. Which is one of the greatest lessons I’ve learned through out this process. I assumed that as the years would go by it would become easier, however i didn’t factor the growth associated with the process. What you were doing day one will become easier on day 300, however day 300 you’re doing something else that’s new that’s not as easy. With every new level comes a new devil. I once thought that if it wasn’t easy it meant I was doing something wrong now I understand that if it’s not easy that means I’m elevating.
If we’re being honest there are two ways I overcame the challenge. One way being that I didn’t not every challenges you will overcome and I had to realize that, that’s okay. The second way is to ask for help. There is a reason people come before you just as it is a reason you will come before others. Don’t be afraid to ask for help.

Your whole self or your hole self ? 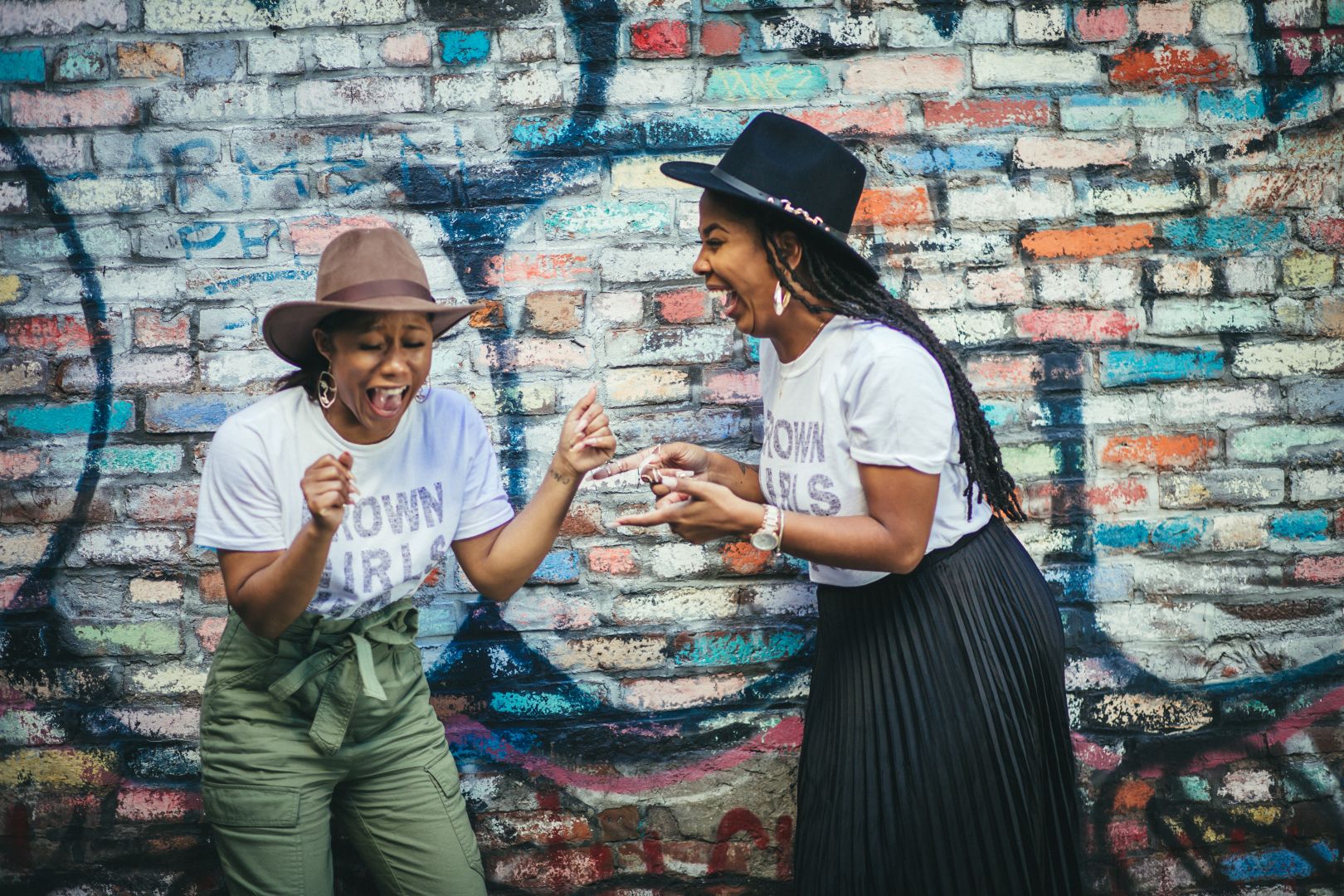 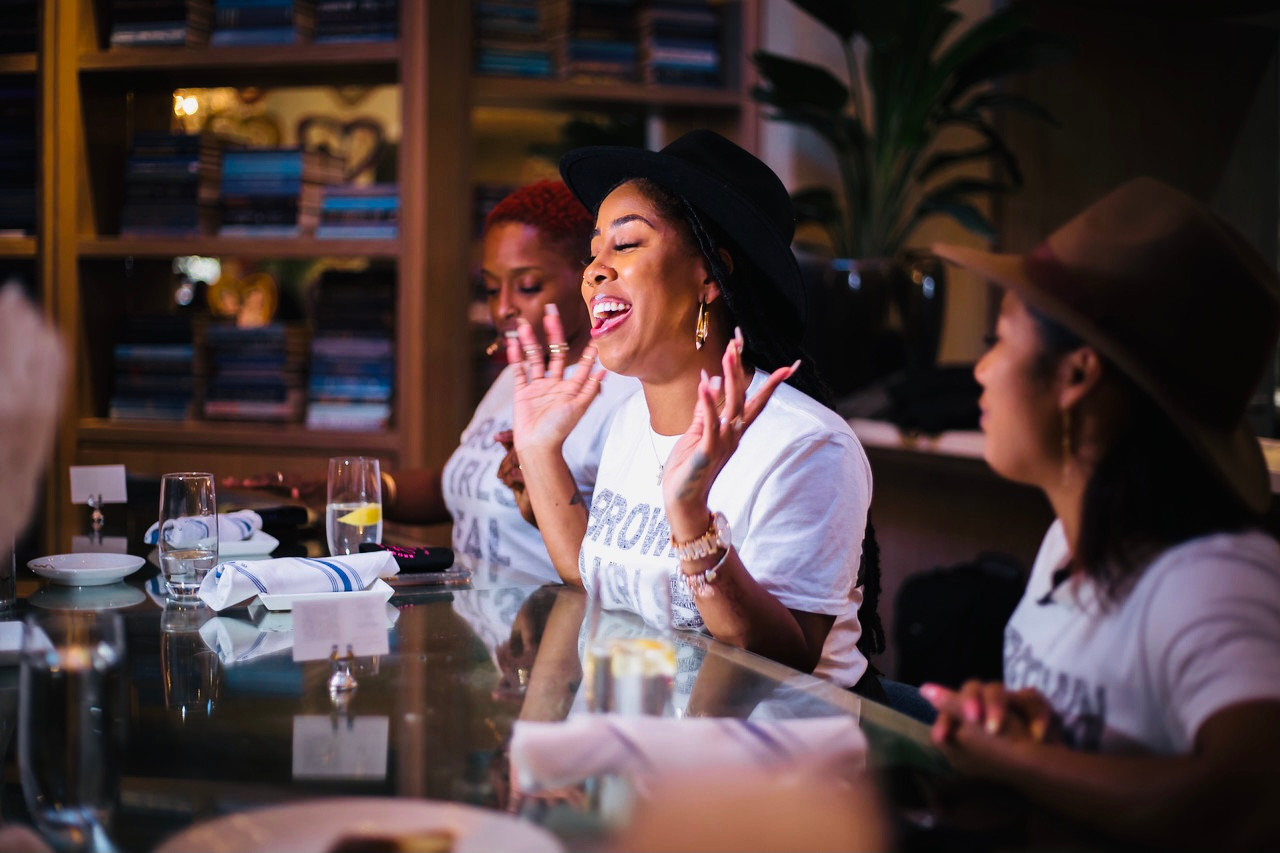 If you had a friend visiting you, what are some of the local spots you’d want to take them around to?
If my best friend was coming to my city for a week here are some things we would do in no particular order but just get done.

Drinks:
your girl don’t drink so idk where we going we can ask Siri and just try it out.

A Spelmanite has to take you to see spelman

Paint with a twist buckhead

Hang in Riverdale with my girls

Depending on when my bestie comes we will just see what the city doing and slide through. 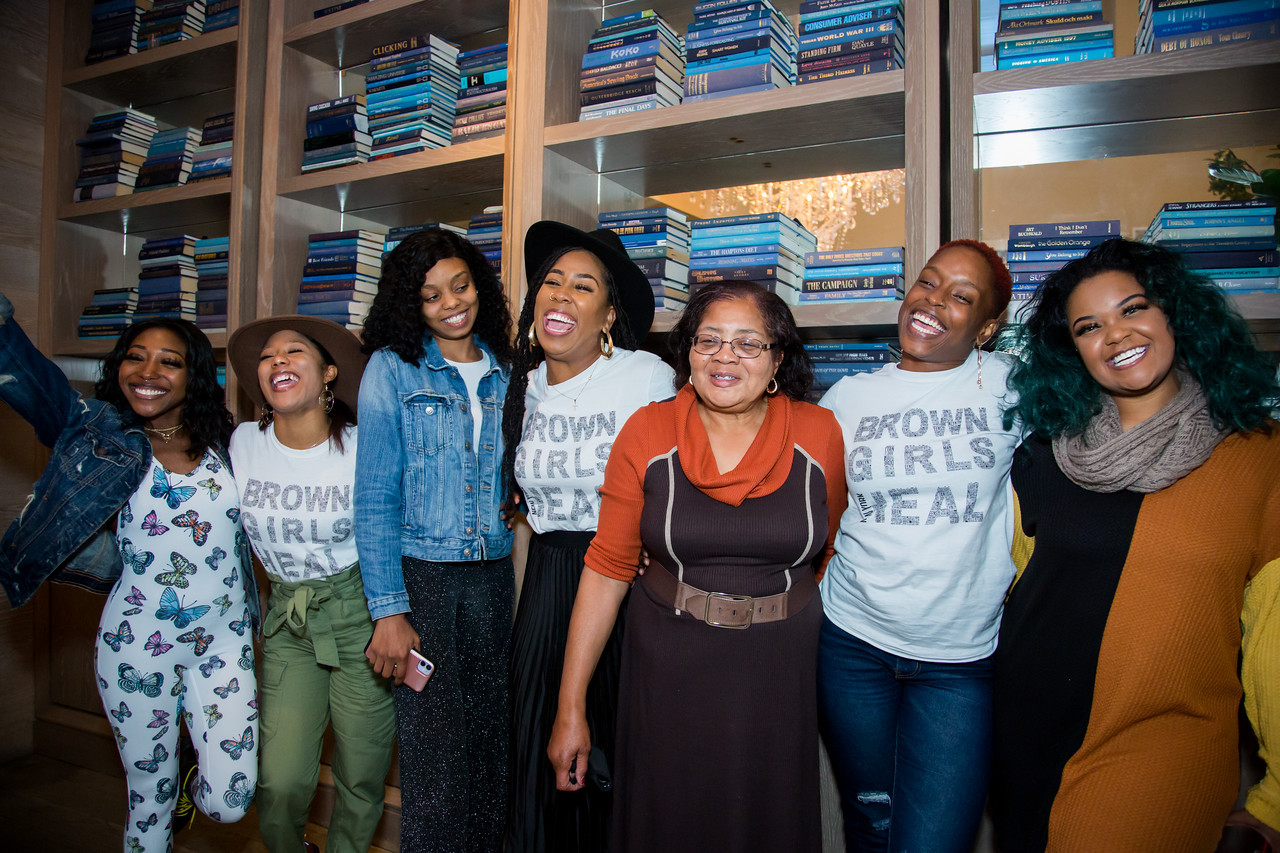 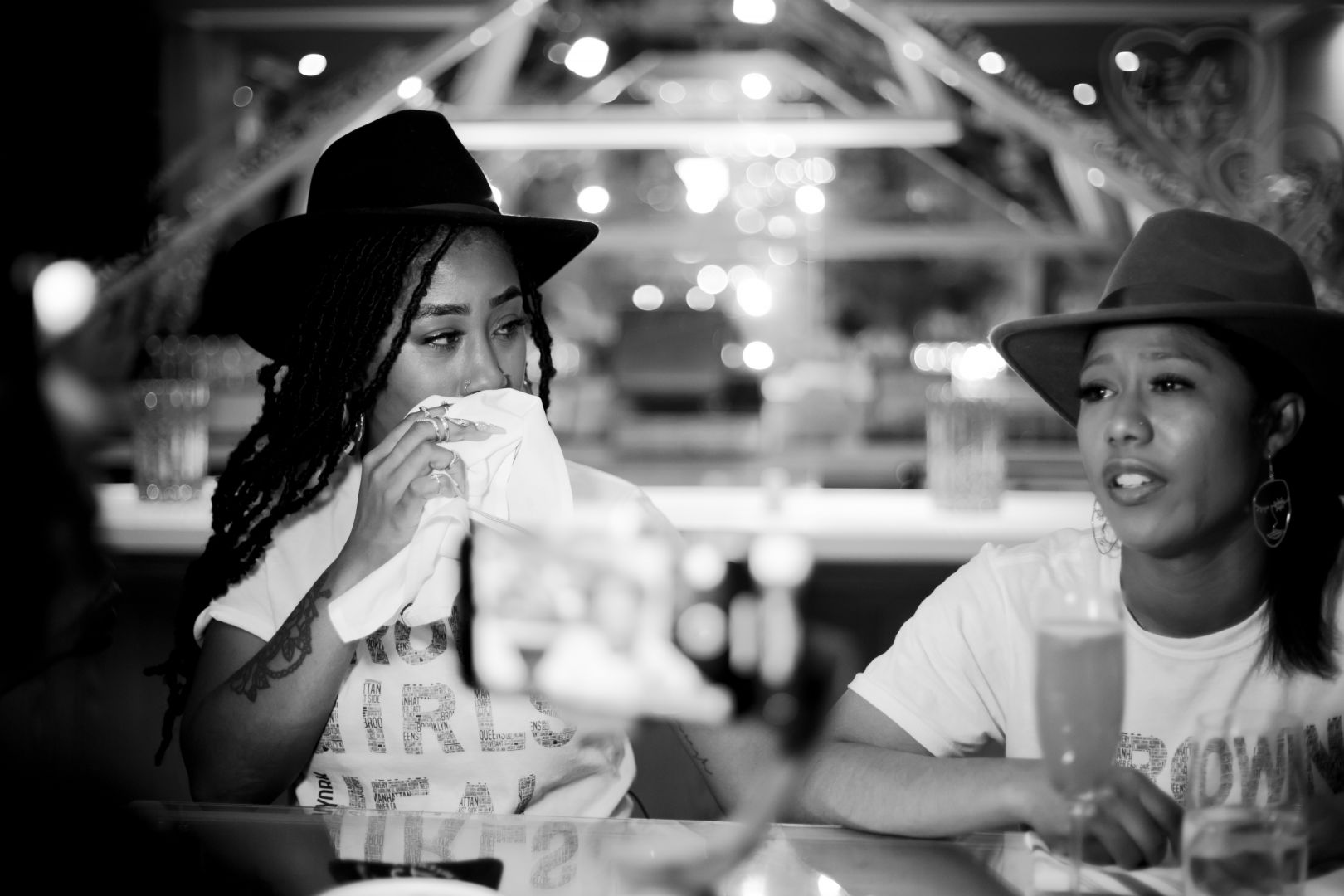 Shoutout is all about shouting out others who you feel deserve additional recognition and exposure. Who would you like to shoutout?
I would like to shot out my nieces Zoey Gordon, Zion Hill, & Kaliyah Prather, as I strive to pave the way for them so they don’t have to endure what I’ve been through and they are equipped with the tools needed to become the best version of themselves.