We had the good fortune of connecting with Dustin Williams and we’ve shared our conversation below.

Hi Dustin, why did you decide to pursue a creative path?
For me, there was never really any alternative. Music was always a part of my life in some form or another and when I decided to pick up the bass at 13, I pretty much made the decision then and there that I wanted to do this for the rest of my days. Nothing had quite the same draw. Of course, I didn’t know at the time how much real work was involved in the creative arts, but perhaps it was because I simply didn’t mind doing the work to pursue something I loved. It just felt right. I had an obsession. I still do. The only other career I had seriously considered in my early years was the military since most of my extended family had chosen that path. But I think I’m a bit too soft for it on the inside. I’m a soft-boi. And I also wanted to be my own boss and stay up late, so here we are. 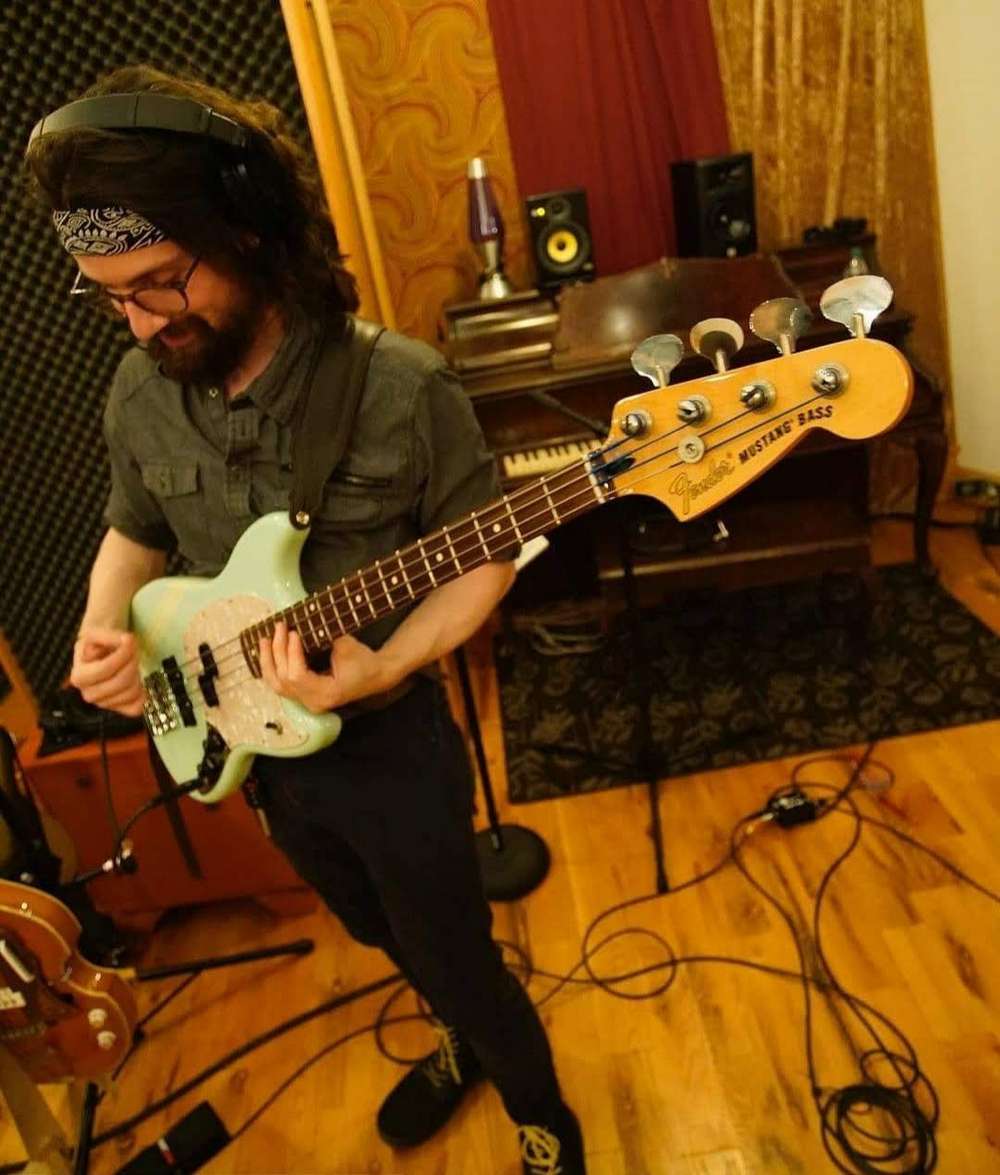 Let’s talk shop? Tell us more about your career, what can you share with our community?
These days, I find myself dipping my hand into many different pots. I work as a music teacher and a session player (bass and guitar mostly), and I also do production for one-off musical projects. Whether it’s writing music for film/tv or producing with independent artists, I stay very busy. Probably too busy. I play in a few Atlanta-based bands (Casual Cadenza, Truett Lollis, HeyDreamer, Phodago, Mic Larry) and do a lot of fill-in gigs with other bands around the city. I get anxious when I get too idle so I try to keep my calendar pretty full.

As far as how I got here today, there are so many factors. It bears repeating that I am where I am largely through the people who have helped and supported me along the way. It has definitely not been an easy path, but I’d like to think I’m grounded enough in reality to know that I have it waaayyyy easier than many others do. I am lucky and privileged and there’s no denying that. But that’s a whole other conversation. As much as I’ve succeeded, I have failed 10 times more:

I was in a band for nearly 10 years that went through multiple line-up changes and toured internationally, only to slowly fall apart from the inside

Though it hasn’t been as tough as many other peoples’ experiences, this career has most certainly had rough patches, some of which I thought would destroy me. But I am still here so far, trying my best. And still doubting myself from time to time. But that’s normal. Right?……RIGHT?….

As far as the lessons I’ve learned, here are some of the more important ones:

Be kind! You never know what someone else is dealing with. Even if it’s your best friend who “tells you everything.” Everyone has secret demons, and pobody’s nerfect.

Stick to your word! No one likes a flake. And if you have to break a promise, make up for it. Apologize and go the extra mile to show that you know you screwed up and are trying to fix it.

Learn your s#%t! Usually people aren’t expecting perfection. Just diligence and honest-to-god effort. You had 3 weeks to learn the set. There are no excuses at that point.

Stay humble! There’s ALWAYS someone younger than you out there who can do it better than you can, and who is way nicer (and cheaper) than your jaded and over-confident ass. And furthermore, be easy to work with. Nobody cares if you “don’t normally do it that way.” You’re getting paid to do it THIS way. STFU!

Listen! Just because you know the theory or have years of experience doesn’t mean you always know what to do. Let the music speak to you and tell YOU what to do. Be open-minded and expand your thinking. Let go of your ego. And seriously, STFU every once in a while.

Technique is everything! Ok, that may be an oversimplification but for real, technique is important. Practice to a metronome (you need to go slower than you think), review your sequenced intervals (rarely does one EVER use a linear scale), perfect proper muting (fretting AND picking hands), and improve your dynamics (not everything should be hit at 100% velocity). And if you’re a bass player do all of those AND learn your chord constructions (7’s, 9’s, etc) and learn how to use a pick! Sometimes that’s what the producer wants. GET OVER IT. You wanna make a living or not??

I could go on but I’ll stop there.

What do I want people to know about me and my brand? I’m just a regular dude trying to make a living doing what he loves. I’m not Tim Lafebrve, James Jamerson, Gail Ann Dorsey, Carol Kaye, or Victor Wooten. But I’m gonna do my damn best to give you what you want, need, and deserve. 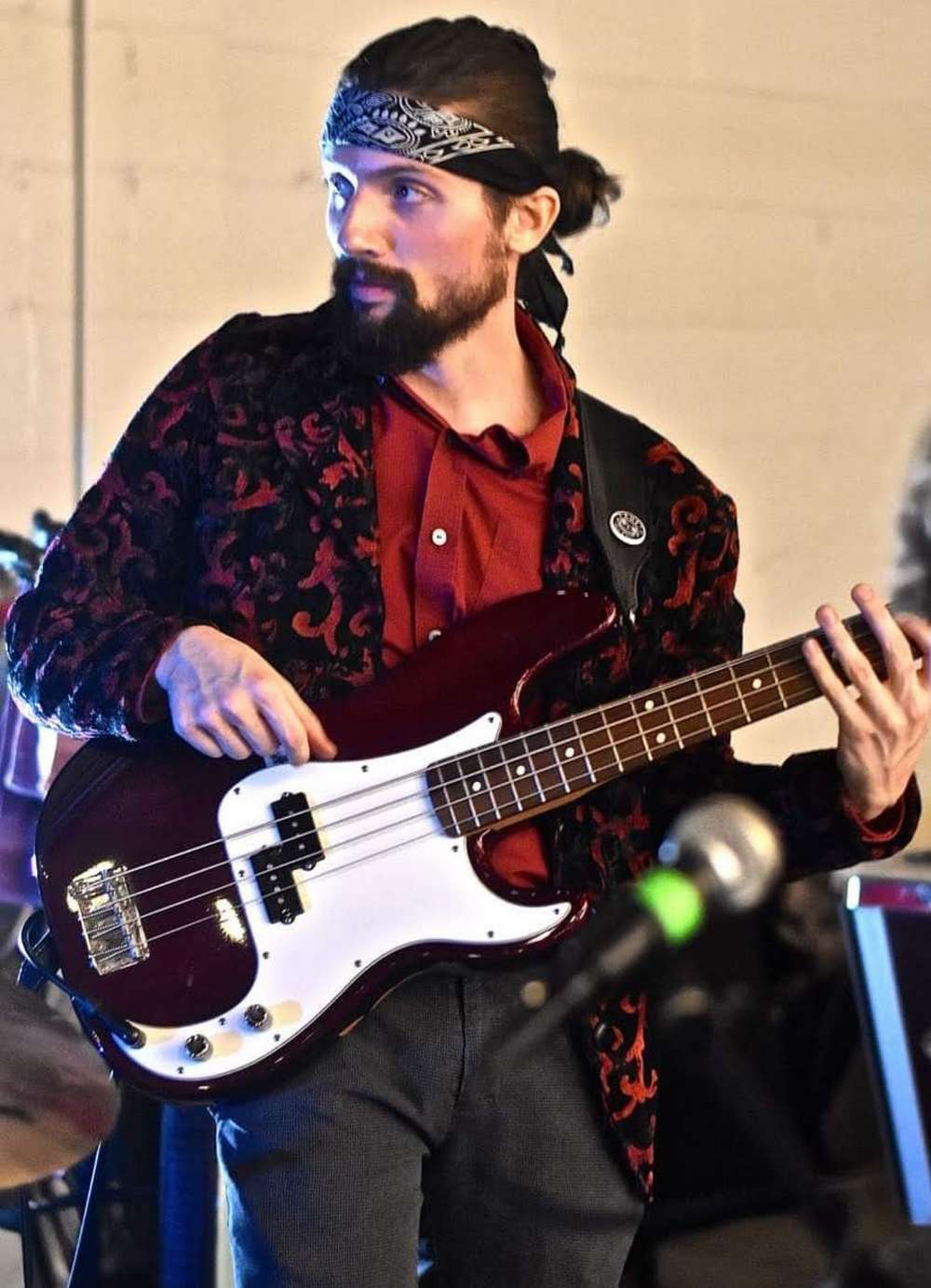 If you had a friend visiting you, what are some of the local spots you’d want to take them around to?
Hmm well beyond my girlfriend, I’m not sure I really believe in the whole “best friend” thing… I used to, but over the years I have honestly found that every friendship/relationship is different. People are unique and special and should be regarded as such. They are all equally important to me for different reasons.

But if I were going to show someone the best time ever, from my perspective, it would contain the following:

Music – Seeing live music or jamming together. Preferably the latter. You get to know people pretty well by how they play. Way better than through just talking. But if we were going to a concert, I’m making them go to a Victor Wooten show.

Nature – Maybe kayaking or hiking? Neither of which I do enough of, but I always feel great afterwards. If the option was there and they haven’t been, take them to the Grand Canyon. Just, WOW.

Food – Easily my second biggest passion outside of music. Ideally I’d cook something for them. But if not, whatever their favorite food is, I’d take them to the restaurant that I think does it best. I eat just about anything, so I’m easy.

Film – Go to see one or just turn on the tv at home. I’m a huge sci-fi and fantasy nerd, so it would likely be in that genre.

Games – I love a good card or board game. But time permitting? DnD all the way. You haven’t lived ’til you’ve played some Dungeons and Dragons, man. Lots of creativity and imagination. And liqour. Oh yeaaaaah! 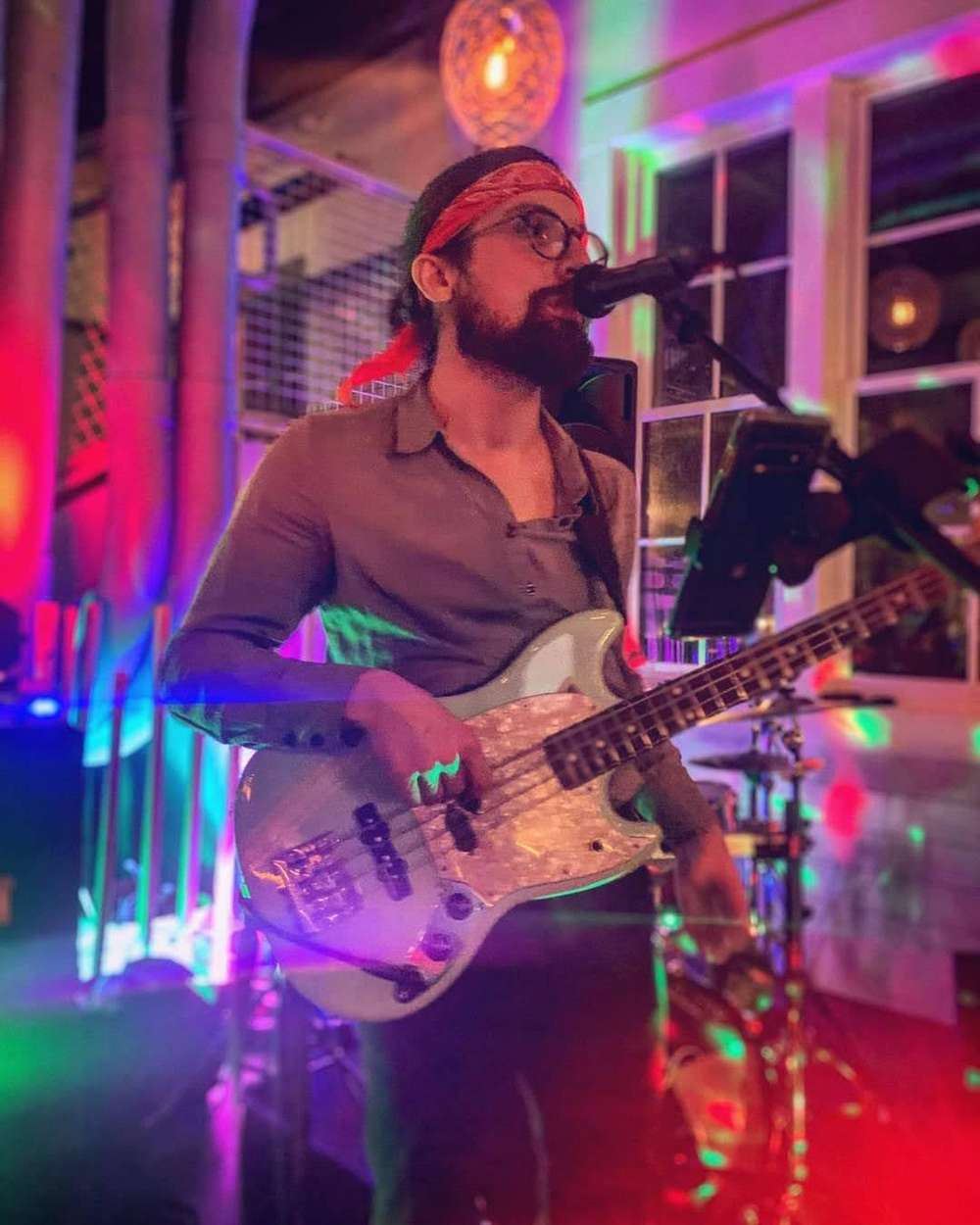 Shoutout is all about shouting out others who you feel deserve additional recognition and exposure. Who would you like to shoutout?
My god there are so many people to thank for where I am now. No one succeeds without help from others, and I’ve certainly received more than my fair share of it over the years. First and foremost is my mother. She has been a rock-solid supporter of my musical endeavors before I even knew I wanted this. A single mother working multiple jobs and pushing through tragedy, heartache, and exhaustion to make sure her children were happy and healthy, let alone able to achieve their dreams. Now approaching my 30s, I still don’t know what I would do without her. And speaking of her children, my sister is right up there with her. She chose a totally different path, earning a doctorate in chemistry and working for major technology company. Despite our drastically different lifestyles, she has been my best friend since the day I was born. I would be just as lost without her guidance and love as I would be without my mother’s. We are, and will always be, the 3 Musketeers.

I’d also like to thank every musician, artist, producer, engineer, stage hand, bartender, bus driver, teacher, employer, etc that I’ve had/worked with because every one of them taught me something and gave time and energy from their own lives to enrich mine. It’s impossible to express the true level of appreciation I have for all of them. I simply would not be where I am without them. 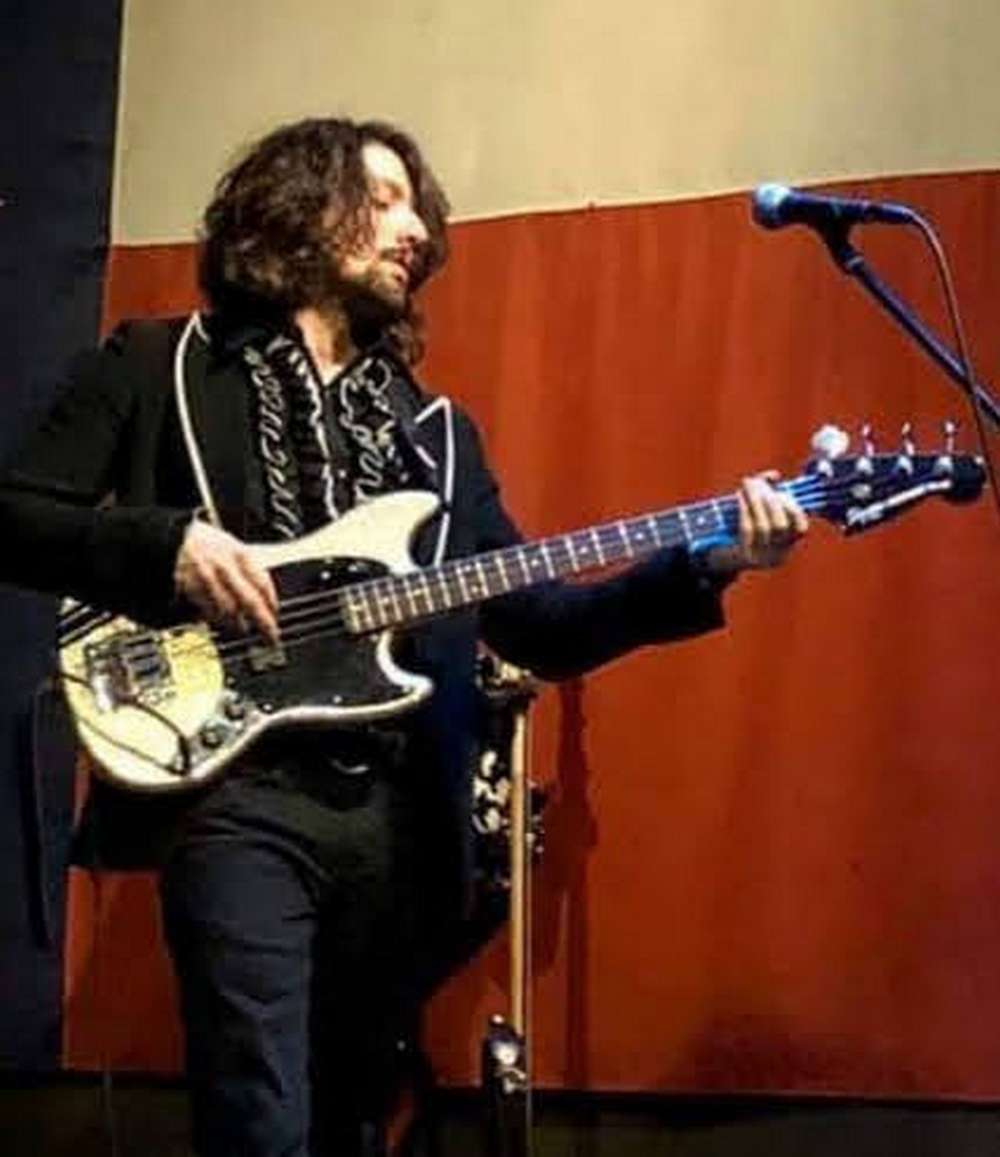