We had the good fortune of connecting with Derrick Standifer and we’ve shared our conversation below.

Hi Derrick, how did you come up with the idea for your business?
I came up with Life is Like A Rubik’s Cube after teaching people how to solve the Rubik’s Cube. I learned that many people lacked confidence when it came to solving the twist and turns of the Rubik’s Cube, I also realized that too many people lacked confidence when it came to solving the Twists and turns of life. So I came up with 5 steps to solving both. The first step to solving life and to solving the Rubik’s Cube is to believe. Step 2 is to solve your cross, which means to identify your why. Step 3 is to fill in your corners or immerse yourself in a positive environment that will allow you to grow and prosper. Step 4 is to take it to the next level, or continue to grow, develop and better yourself, Step 5 is to see to see the bigger picture and keep your commitment to your commitments. Step 6 is to not take the stickers off because there are not short cuts in life. 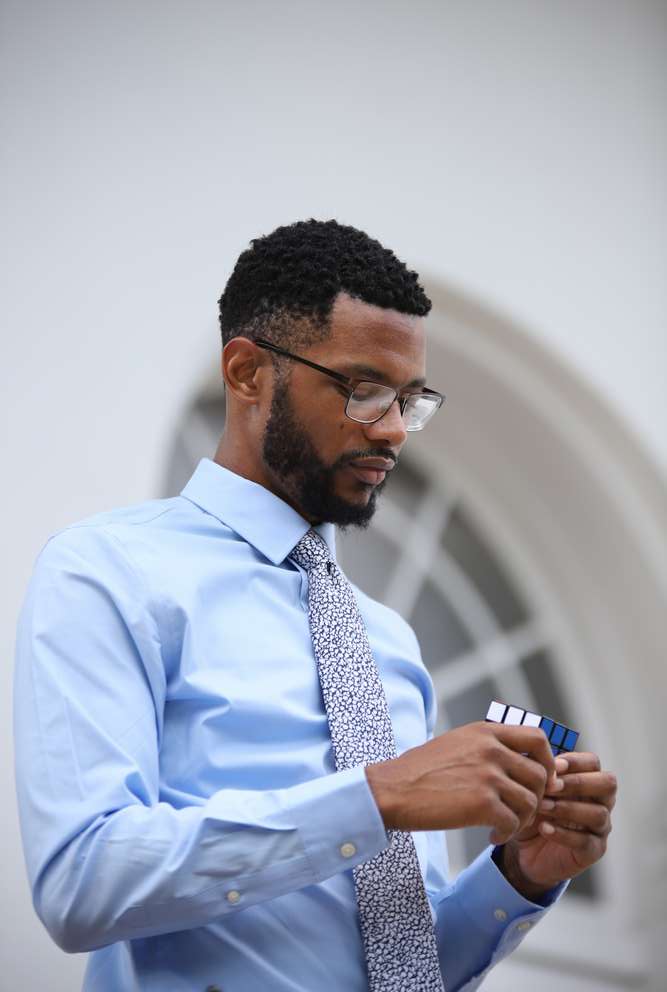 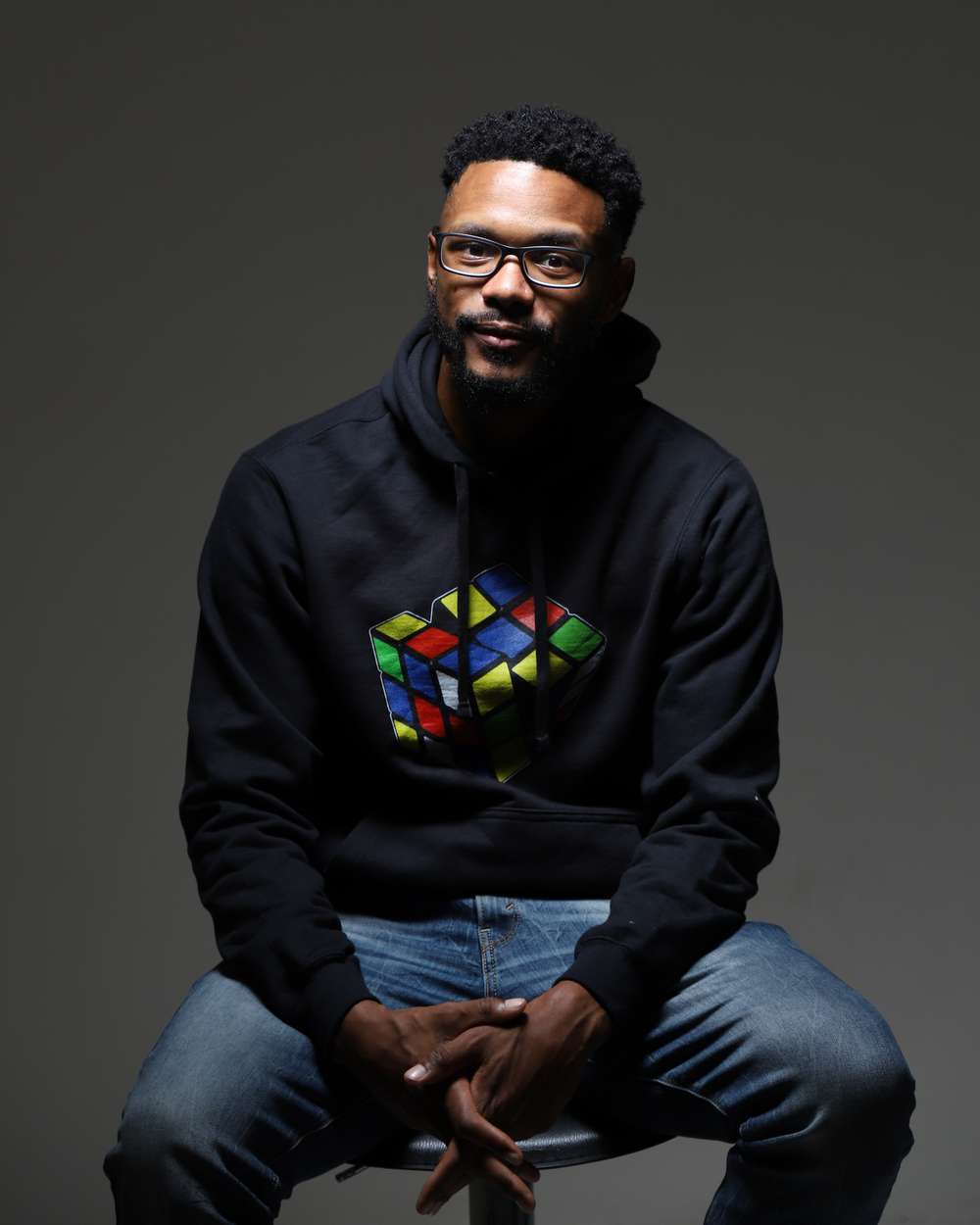 Can you open up a bit about your work and career? We’re big fans and we’d love for our community to learn more about your work.
Currently I am a full time PHD student at the greatest university on the planet FAMU. What makes this so unique is how I got here. I had a full scholarship to attend to Howard University and was persuaded to attend FAMU on loans. At the time, it was a dumb decision, Looking back in hindsight, I would not change a thing. After enrolling in 2009, I dropped out of FAMU in 2011, I then transferred to Georgia State University and flunked out there. I was embarrassed; I was waiting tables and people whom I had mentored were graduating before me. I felt like a failure, Then I heard some words by Les Brown, He said that just because you fail, it does not mean that you are a failure. I went back to FAMU and earned my bachelors degree in 2014, and I earned my masters in 2015. After that I joined teach for America and discovered my passion and love for teaching young minds. I taught for two years and alot of my former kids still reach out to me which is a testimony of my influence on their lives. During my tenure as educator, my mother passed away a week before my 26th birthday, I went through an ugly divorce that left me as a full time single father of two beautifully trouble making babies, and they are geniuses. My daughter is 7, She can solve Rubik’s Cubes, She has poems memorized, We play chess every night, and she does high school level school work. My son is 4, and he’s learning chess, he can add and subtract any number up to 20 and his wits are off the chart. They are my greatest creations. My dad, Coach Hill was not my biological father, but he raised me as his son, and taught me what manhood is. I truly believe that I never would have had a chance if it were not for his influence on my life. Everyday I honor his legacy by being the best daddy that I could possible be. I used this journey and wrote a book called Life is Like A Rubik’s Cube. Since then I developed a curriculum and host mastermind sessions on how to solve the Twists and turns of life and juxtapose it to solving the twists and turns of the Rubik’s Cube. Alot of people think that it takes a genius to solve the Rubik’s Cube which is true, but what is also true is that everyone has a genius inside of them, we just need to learn how to tap into. I use my story to tell people to not make excuses in life and that just because you fail, it does not mean that you are a failure. You can always bounce back from your trials and tribulations. 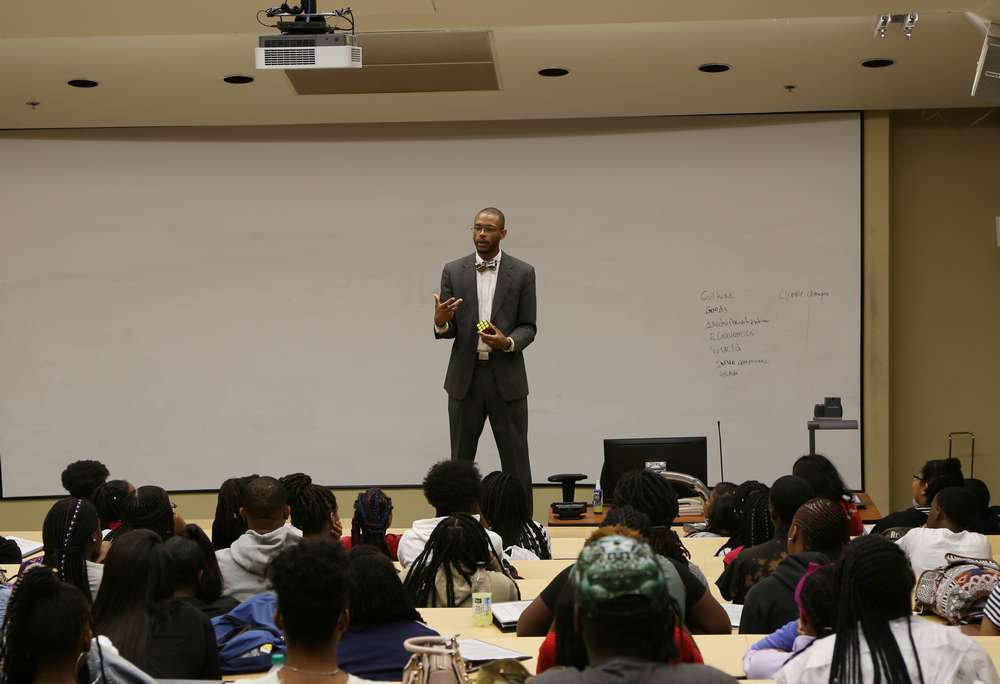 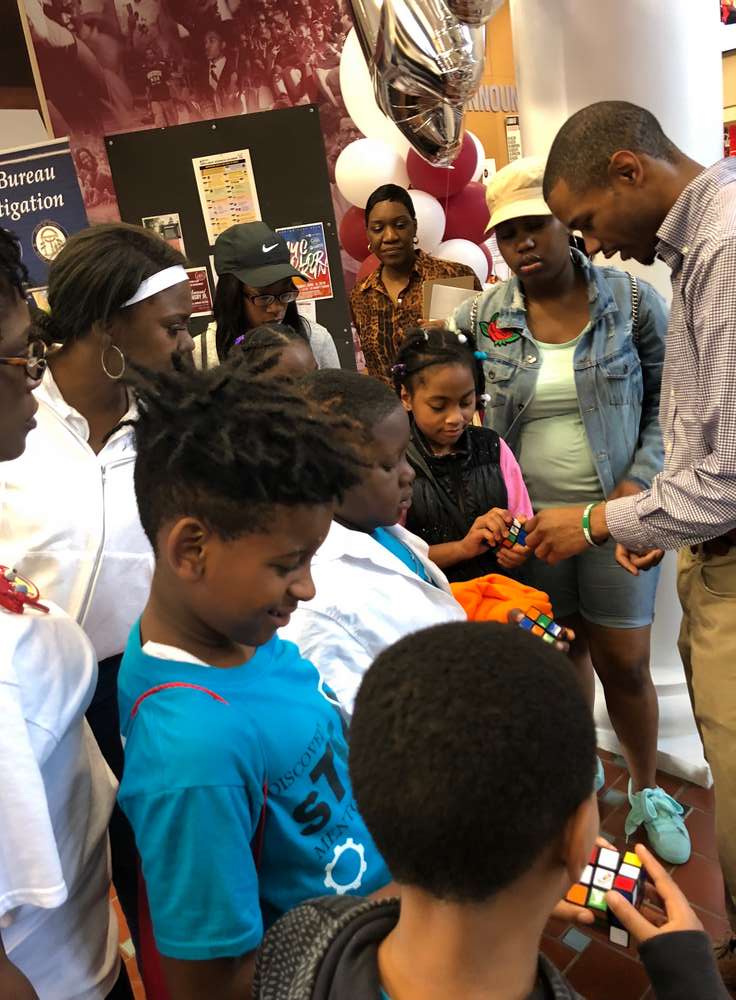 If you had a friend visiting you, what are some of the local spots you’d want to take them around to?
If my best friend came to Tallahassee I would show them a whole new world. It would be during Black on Black Rhyme Week or a FAMU homecoming. Everyday we would start our morning routine with Breakfast which would alternate between Catering with Care, Olean’s and Early’s Cafe. All of these restaurants will make your stomach smile. We would then walk off the breakfast at the beautyfull Cascade park. Next we would go to Premier gym for a game of basketball and working out.

Starting on a Friday we would then enjoy FAMU’s set friday Where the music is liver than a newborn baby, The vendors are out and the party is jumping like frogs. Dinner would be at Leola’s crabshack. I would then take them to the Moon or top Flite for the club scene.

Saturday we would play a game of kickball; Old school vs. new School. Food would be at G&G Jamaican food, We would attend a FAMU football game as they beat up on the opponent and enjoy the Marching 100 for halftime. Then we would transition into game night.

Sunday we would go to Church at Family Worship and Praise. Pastor Griffin has a way of awakening the spirit. Lunch would be at Nefetari’s. They have an amazing African scenery. We would relax for a few hours until Tallahassee Nights Live, an amazing live show hosted by Keith Rodgers and Darius Doc D.

During the weekdays during the day we would walk the campuses of FAMU and FSU, hang out with friends and go to the malls.

On Monday we would hop all of the museums that Tallahassee has to offer.

Tuesday we would enjoy the Black on Black Rhyme poetry show.

Wednesday we would attending working class Wednesday hosted by Terrance Barber and the Chamber of Commerce. Later that night is Karaoke night at Top Flite.

Thursday is the day of recover as we get ready to depart. Everyone would then be tired with many monumental memories. 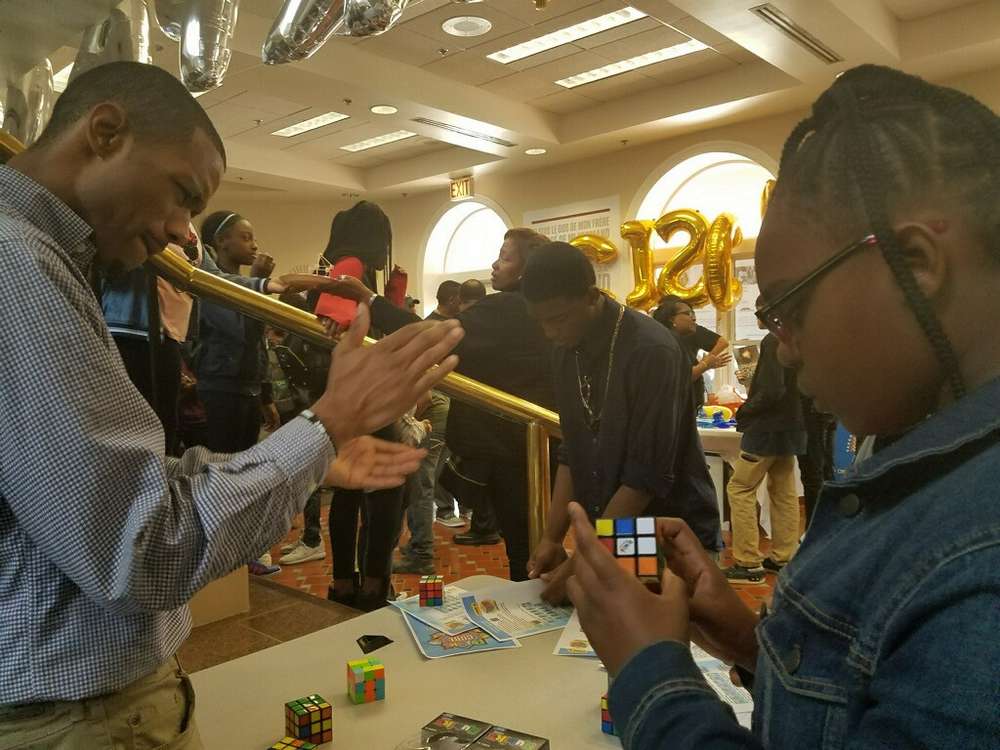 Who else deserves some credit and recognition?
I am a community child. So many people have invested in me and they never let me pay them back, Instead they always told me to pay it forward. If I started listing names someone would surely be left off, but I’ll try. I am grateful for my mother who transitioned one week before my 26th birthday due to ovarian cancer, My god given dad Coach Hill taught me the difference between a dad and a father. His influence on my life has allowed me to truly embrace my role as a full time single father. Unfortunately he passed away 2 years ago from cancer. I have a slew of surrogate mothers who have embraced me and loved my children and I. Ms. Jackson, Mrs. Weaver, Dr. Adrienne, Ms. Holland, Tawanda. I am apart of a mastermind group, and the individuals in these groups strengthen me and make me better by association. (Jacob, Antwon, Enrique, Dominik, Camille, and Re’shaun) I have accountability partners who keep me focused on my goals, dreams and aspirations. (Bryant, Dray, Jian, Sunni, Jessica) Keith Rodgers of Black on Black Rhyme has positively influenced me in a way that I don’t even know how to say thank you for. Mr. Dukes and Dr. Gosha are mentors who have always have my back and show me what manhood is and they show me how to serve mankind and womankind. Tokiwa has guided me on a path of success since I was in middle school. There are so many people who have prayed for me and supported me and I wouldn’t be on this trajectory if it were not for their efforts.