We had the good fortune of connecting with Amber North and we’ve shared our conversation below.

Hi Amber, do you have some perspective or insight you can share with us on the question of when someone should give up versus when they should keep going?
Listening and being in tune with my gut instinct is the most helpful way to know when to keep going or to give up. Honestly, I don’t even like that phrase, “give up.” The former athlete in me gasp at the thought of it. I played sports as an adolescent, which exposed me to a plethora of inspirational quotes by legendary coaches. My favorite is from Jimmy Valvano’s 1993 ESPY speech: “Don’t give up. Don’t ever give up.” I was only 9, but a couple of years later I was introduced to that quote again. It stuck with me and has applied more off the court than on it. There have been moments where I felt that “giving up” on something I believe in was a better option, then my ambition kicks in to remind me to keep going. Whenever my gut instinct tells me a situation is not serving a purpose, I walk away from it. It also has helped to recognize when I”m self-sabotaging myself from reaching a goal. When I started stand-up comedy, I took a long hiatus from it a month after starting, I was recently recovering from a traumatic experience, and found it hard to come up with new jokes. I essentially gave up at that point. But after that fifth month, something was telling me to give it another go. I started going to open mics regularly, and also bombed regularly. My ego would not allow me to keep going only to fail, but my spirit did not want me to quit. So I accepted that fact that failure was a part of success, and the only way to get past that was – you guessed it – keep going. I’m so glad I did, because it has led to me celebrating four years of my show, Grrrls Nite Out, as well as creating another fun outlet to express myself by producing a podcast. 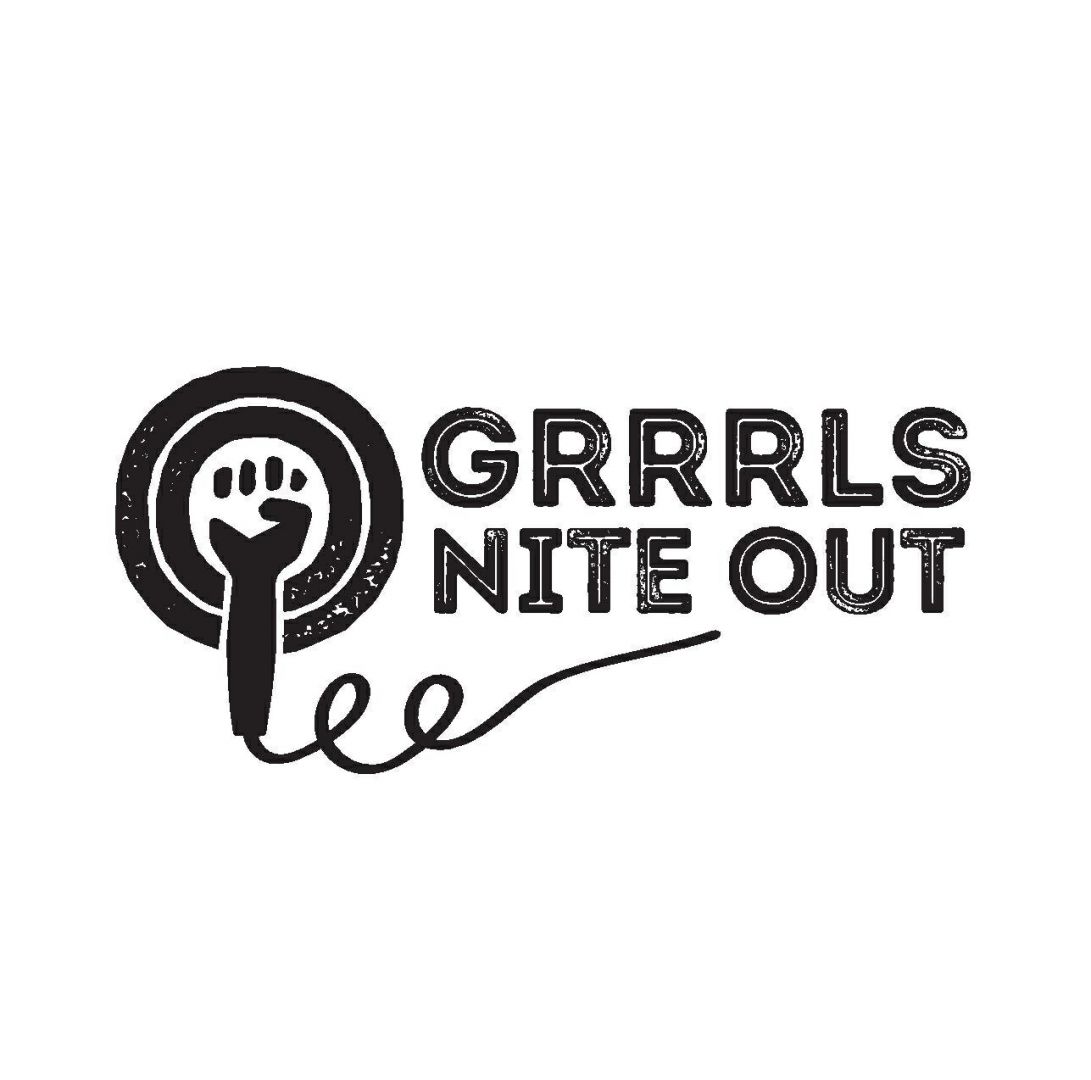 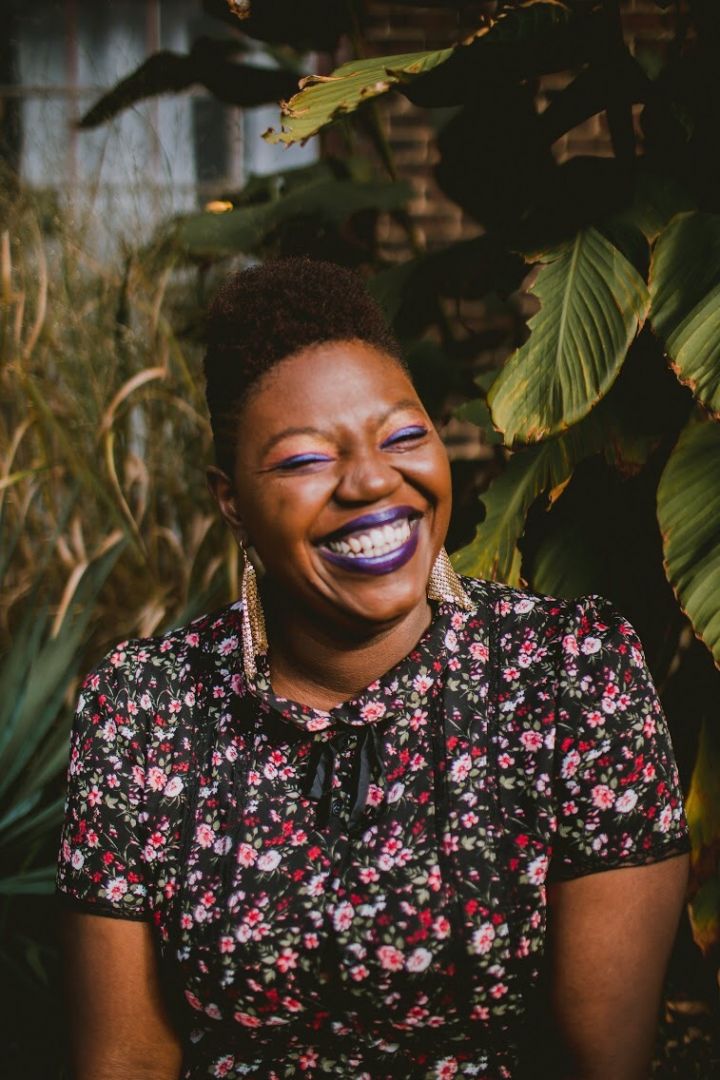 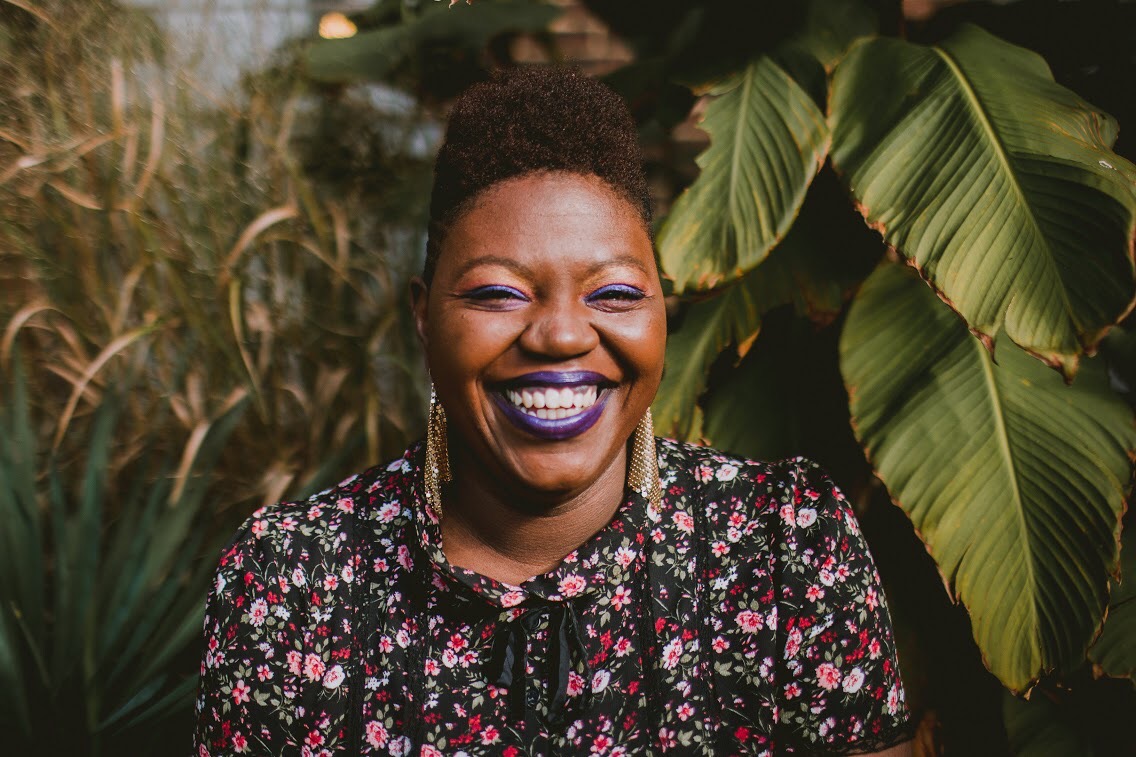 Can you open up a bit about your work and career? We’re big fans and we’d love for our community to learn more about your work.
Grrrls Nite Out is a stand-up comedy showcase that I created in January 2016, and recently celebrated its four-year anniversary. It is unique because it is the longest running show with an all-female lineup. I started it because I grew tired of being the lone female comic on a showcase with 7+ male comics. I found myself complaining about this more than I intended, so I tried to find a solution. The first show was a success, but I was unsure if I could pull off another show with a different set of female comics within the next month. After all, I was relatively new with only two years of stand-up experience. Then the venue’s event coordinator asked me what date I’d like to reserve for the “next show.” They were more certain about the show’s success than I was at that point. That’s when it hit me: this show wasn’t just to fulfill a personal goal. It was another platform for more female comics to be seen and heard. It was another form of entertainment for an audience eager to understand our perspectives. I started another show in 2017 called Wake Up, which was a socially-conscious variety show that blended live stand-up comedy with music performances. I ran that for over a year, and then I realized my biggest challenge: knowing when to stop. Remember that whole, “I don’t like saying ‘give up!'” thing? Apparently, I believed in stretching myself thin rather than admit that I took on more than I could handle. I loved producing two monthly shows, but I was also the only one doing the marketing, as well as doing other comedy shows, so I had to make a choice. Grrrls Nite Out was getting more traction, while I was seeing that Wake Up’s attendance numbers were declining. The choice was made for me: keep going with what works, drop what isn’t. I was still in love with the concept of Wake Up, but what I really needed was a different platform where I could expand my thoughts longer than a 10-, 15-minute set. Enter podcasting. After co-hosting a podcast for over a year, I finally decided to produce and host my own in February 2020: Adventures In Amberland. It focuses on sports and pop culture and is available on all platforms. The greatest lesson I’ve learned as a comic and show producer is to silence the negative voices – especially the ones in my head. People will always have opinions and feel how they feel, so I constantly tell myself to not take it personally. 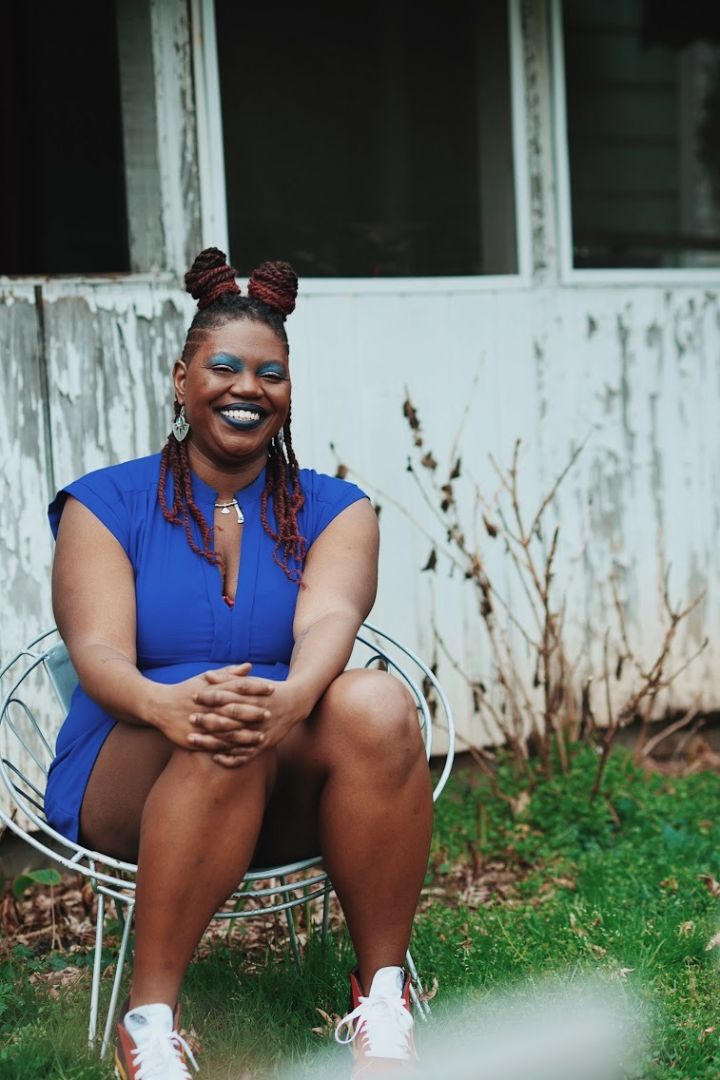 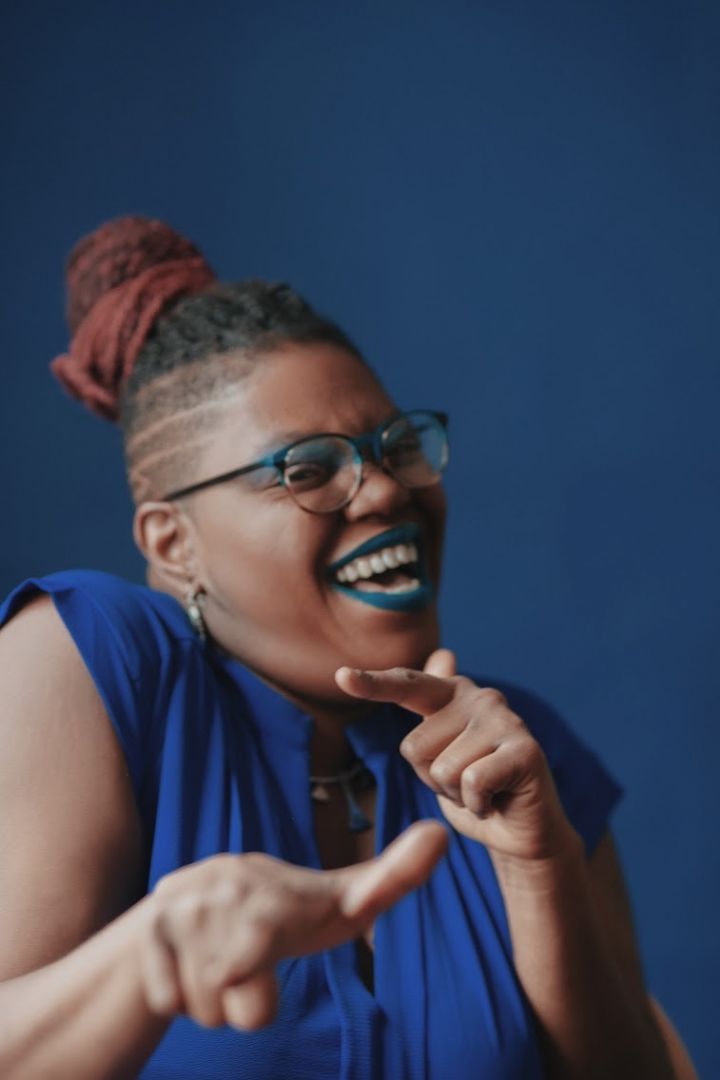 Any places to eat or things to do that you can share with our readers? If they have a friend visiting town, what are some spots they could take them to?
Favorite food spots: Arepa Mia – Venezuelan restaurant that specializes in arepas, empanadas, and cachapas (grilled corn pancake) with some of the best food in the city The Corner Grille: favorite brunch spot, located in College Park Patria Cocina – delicious authentic Mexican food with yummy cocktails Black Sheep Tavern – love their chargrilled oysters Any pho spots on Buford Highway Slim & Husky’s Beeria – my favorite hometown (Nashville) and ATL pizza joint Fantasyland Records is my favorite place to shop for vinyl; I’d take them to Videodrome, also, so they can see there are still video rental stores around My favorite areas to hang out are Edgewood/O4W and Caslteberry Hill because of the variety dope vibes there. I’m always out and about in Atlanta due to stand-up comedy, so I would for sure bring visitors and locals out to any show that’s at Highland Inn Ballroom Lounge or Laughing Skull Lounge.

The Shoutout series is all about recognizing that our success and where we are in life is at least somewhat thanks to the efforts, support, mentorship, love and encouragement of others. So is there someone that you want to dedicate your shoutout to?
I am fortunate to have the support system I have, comprised of really close friends and relatives. My father, Jonathan North, is my biggest mentor and main source of encouragement. He has taught me to always be authentic and true to myself, and I wouldn’t have believed so hard in myself if he wasn’t already ten steps ahead in the faith department. Knowing this keeps me motivated all day, everyday. To all creatives and entrepreneurs out there – thank you for what you do, because you also inspire me! *Special shout out to Kelley Raye, Zoa, Liz McCarthy, and Rachel Bowman: I used their photos and original graphic art for this feature. All incredibly talented!* 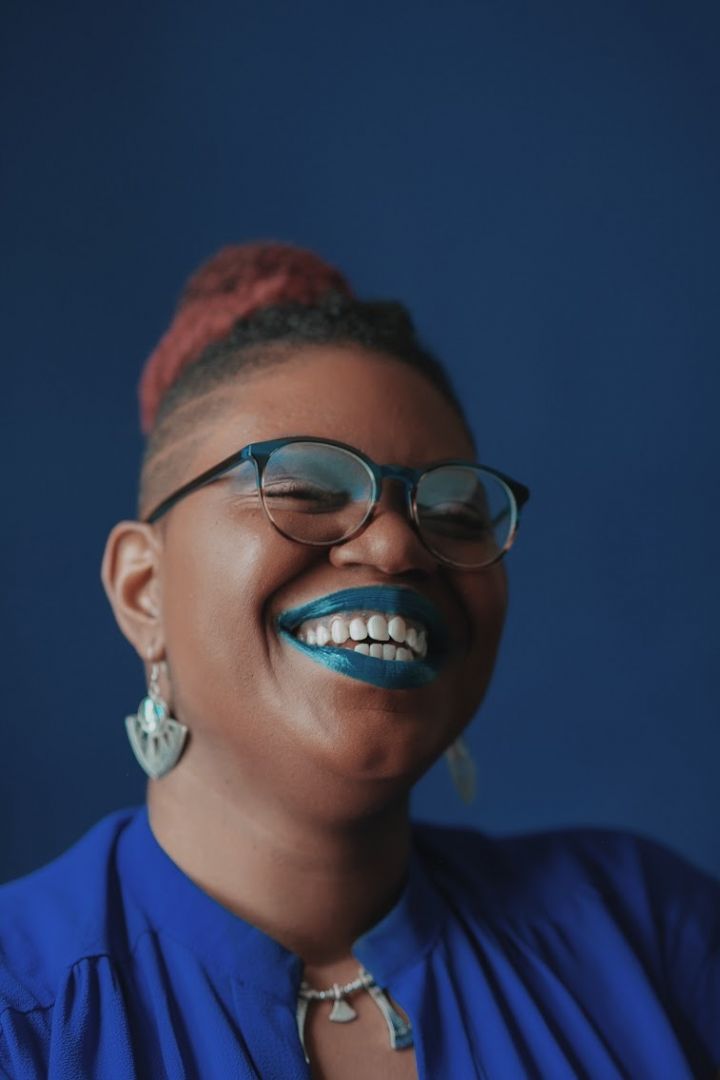 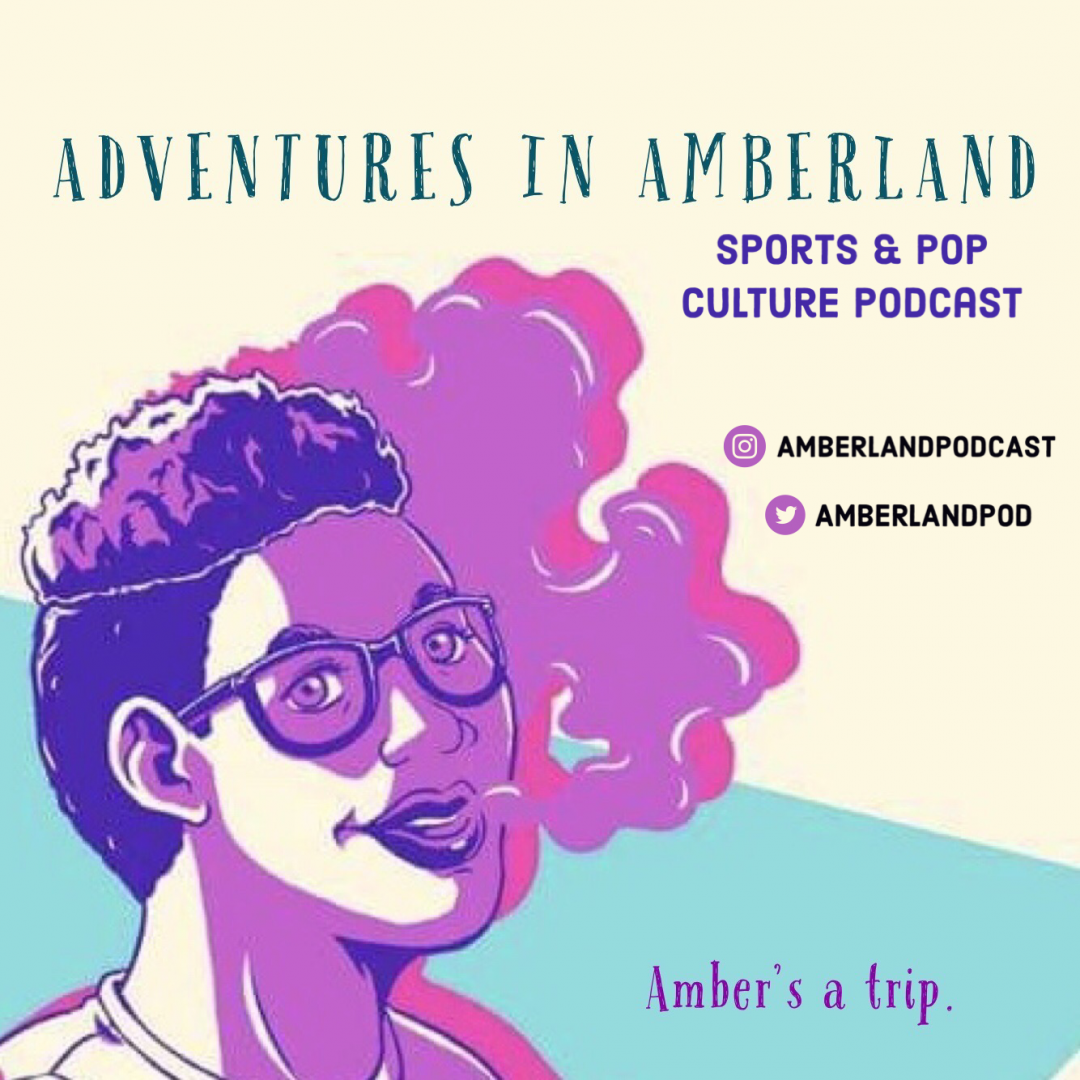