We had the good fortune of connecting with Shane Nelson and we’ve shared our conversation below.

Hi Shane, what led you to pursuing a creative path professionally?
So I’ve been making movies with my friends ever since I was 7 years old. I’ll be 29 next month. We had a lot of kids in the neighborhood and the weekends and summers were often filled with a lot of football, extreme sports and making movies with the camcorder. We made our own Star Wars movie, some original action movies and a spoof of The Birds which we called “The Squirrels”. This love of movies stuck with me throughout my life but was usurped by sports momentarily as I put my focus into football, eventually competing at the collegiate level until tearing my ACL. I was devastated that my life’s plan had been derailed, but thanks to the pressure of a good friend, I attended a few concerts and was inspired to pickup the camera again. I began attending concerts religiously and my camera was always with me. I transferred schools, changed my major to Digital Filmmaking and things took off from there. I began filming concerts and sketch videos and upon graduating college I decided to walk across America and film a documentary. When I returned home, lifelong friend Blake Turner joined me on the production side to create our first feature film and thus Guilty Peach Productions was born. It wasnt that long until we were filming and producing projects for pay as well as fun! 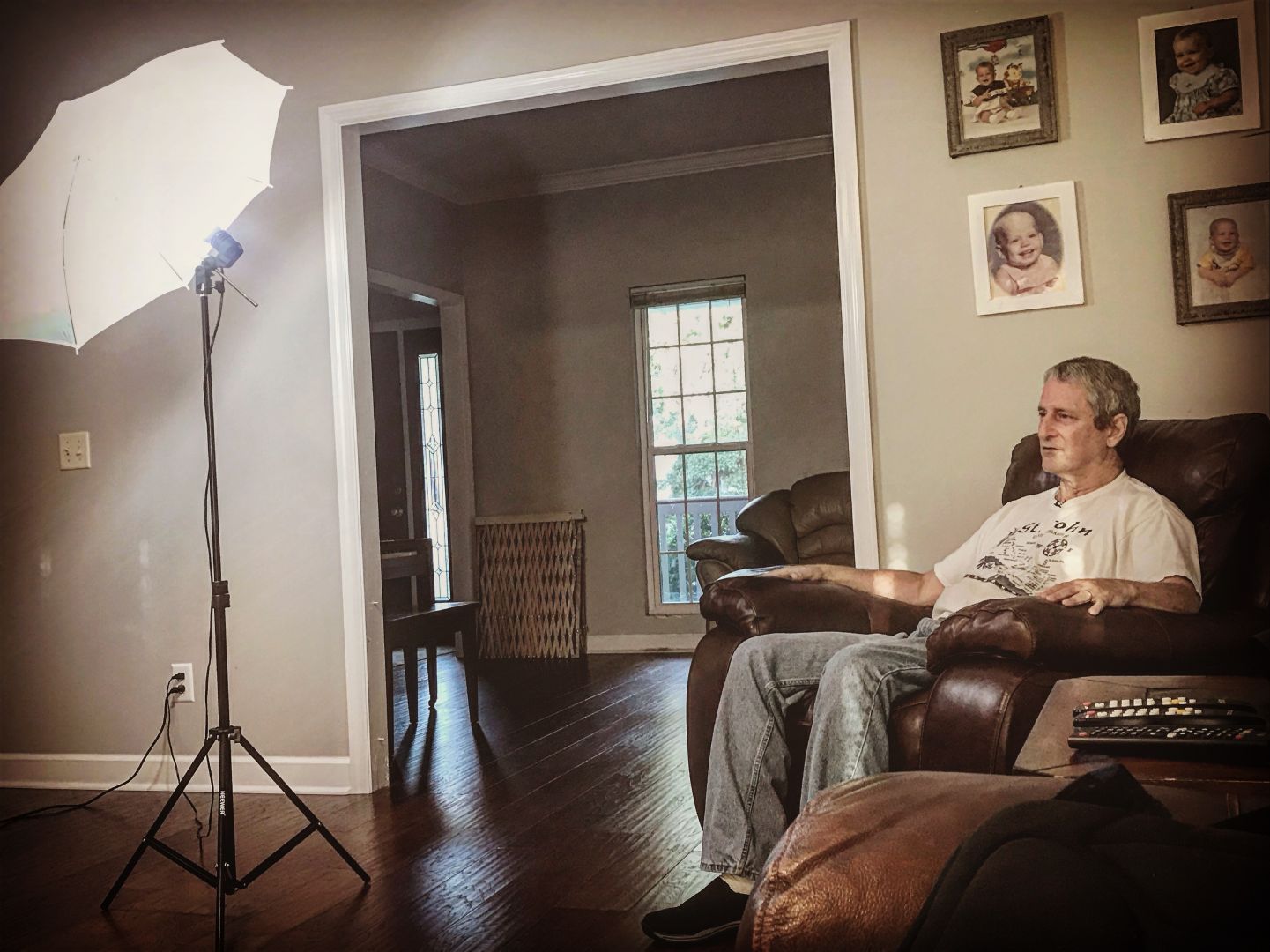 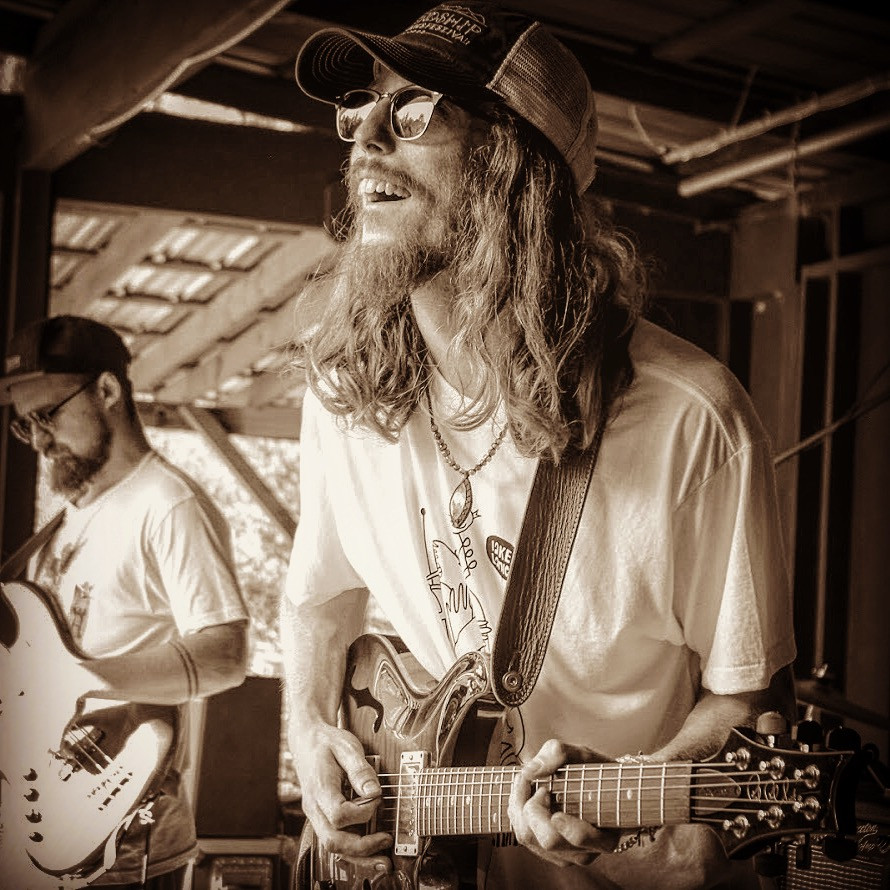 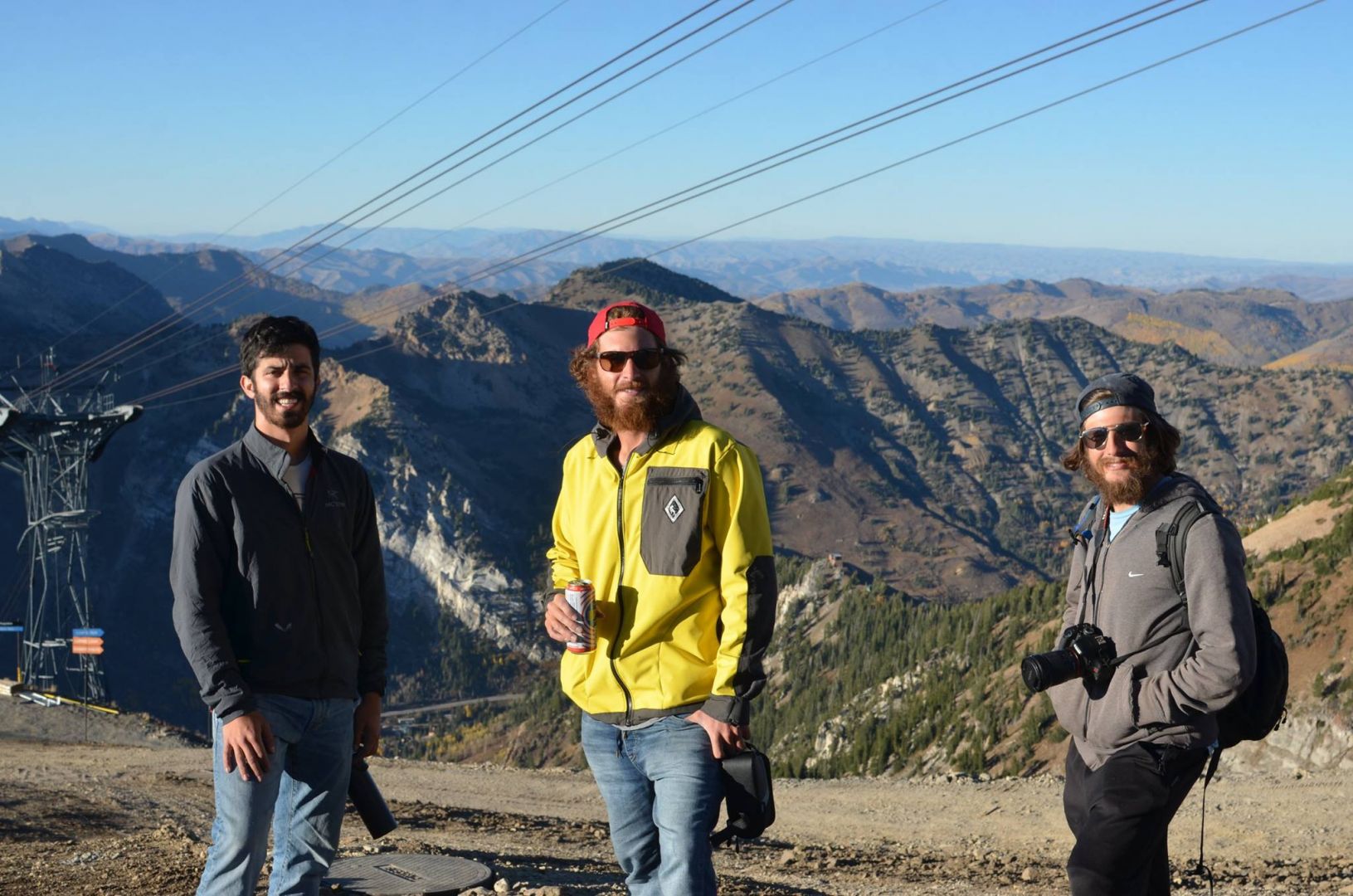 Alright, so let’s move onto what keeps you busy professionally?
If it involves a camera or a microphone, we can probably help! Guilty Peach Productions not only focuses on filming live concerts, but we work closely with our clients to meet any and all of their video needs. We’ve filmed everything from feature films, to weddings, to music videos, commercials, real estate tour videos and even incredibly over produced tiktok content! What sets us apart from other production houses is our innate ability to tread the line between client and friend. We are willing to go the extra mile to ensure that the final product is everything our client could have hoped for and more. We are also improvisational gurus and can use our skills and “hacks” to find ways around any sort of barrier, no matter what that might be. We work within your budget and go above and beyond to create something that looks better than what funding could achieve. The client is our first priority with fun being a very very close second. We don’t only create for our clients, but we also create for ourselves! We wouldn’t do this if we didn’t love it! Being able to bring joy, laughter and inspiration through the media of film has been a dream come true. Since joining forces with Blake Turner in 2014, Guilty Peach has self produced four feature length films which include a documentary and its companion piece on my walk across America, a music documentary about three Athens, Georgia based bands and another travel documentary that is yet to be released. These experiences have yielded so much fruit in the realm of life-lessons and I truly believe that pushing ourselves to create and work on our own personal content helps us continually practice and hone our skills to get better and better. We’ve worked the big budget projects, but the efforts made within our lower budget creations have proven to me and my team that we can tackle any challenge we may face. At the core of anything we do is the overarching need to create something that brings happiness to the viewers and I am incredibly proud to spread positivity and entertainment to whoever chooses to see it. 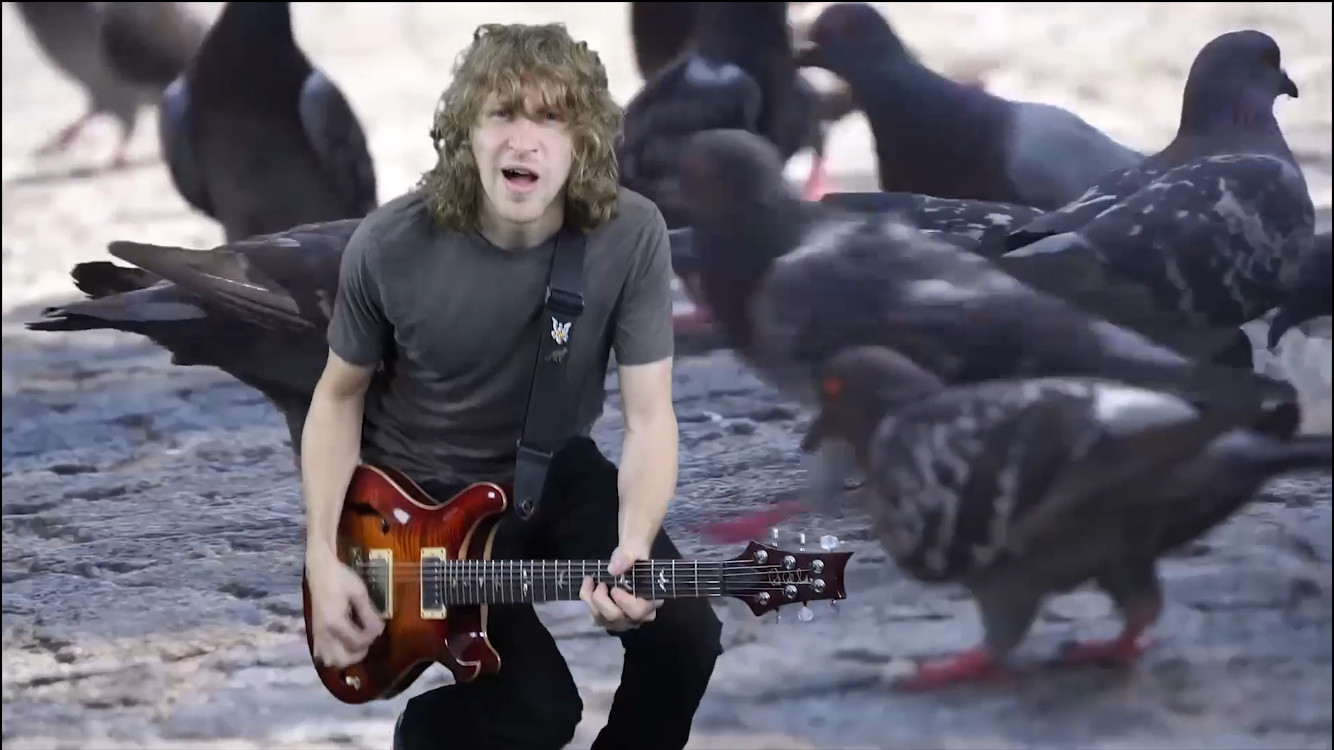 Any places to eat or things to do that you can share with our readers? If they have a friend visiting town, what are some spots they could take them to?
As I mentioned before, I walked across America from coast-to-coast back in 2015. My route took me through Atlanta and although I had been there many times before, I allowed myself to become the tourist and let my hosts be my guides. However, I refused to take the stereotypical route and instead intentionally sought out the locals hidden secrets. Those places you dont tell the tourists about, for fear they may spread the secret. I would likely take this avenue for this endeavor, so I cant reveal all of the spots, but I am willing to share a few. First off we would go for a day trip and do a trail! I’d gladly settle for the Kennesaw Trail or the Silver Comet, but if I have the keys to the car, you best believe we’d wind up on the AT. (Appalachian Trail). After taking our nature jaunt, we would return to the city for a tour of some of the best kept secrets. One of which I’ll mention is The Goat Farm art collective. This place is so awe inspiring with art at every turn. We would take our time to enjoy the scenery and if opportunity allowed, we would speak with some of the artists that live or work on site. Our dinner that evening would be from Zunzis, a transplanted restaurant from my hometown of Savannah, Georgia. The next few days would consist of visiting around to many of the beautiful parks within the city and maybe even a stop by the aquarium or botanical gardens. An early evening stroll through tho center of downtown would allow us to meet many amazing street performers and lovable characters. A stop by Battle and Brew for some beers and video games would be a must and I would surely visit Cherry Street’s new Halcyon location in order to score some more top quality beer and also snag some dumplings from Gu’s! No Atlanta trip is complete without seeing a concert or some stand up at one of the premiere music venues, whether that be Aisle 5, Terminal West or the Tabernacle. I’m sure we would visit the beltline for some more fun as well and it would be a shame not to visit some of the work-play-live communities like Ponce City Market or Avalon. 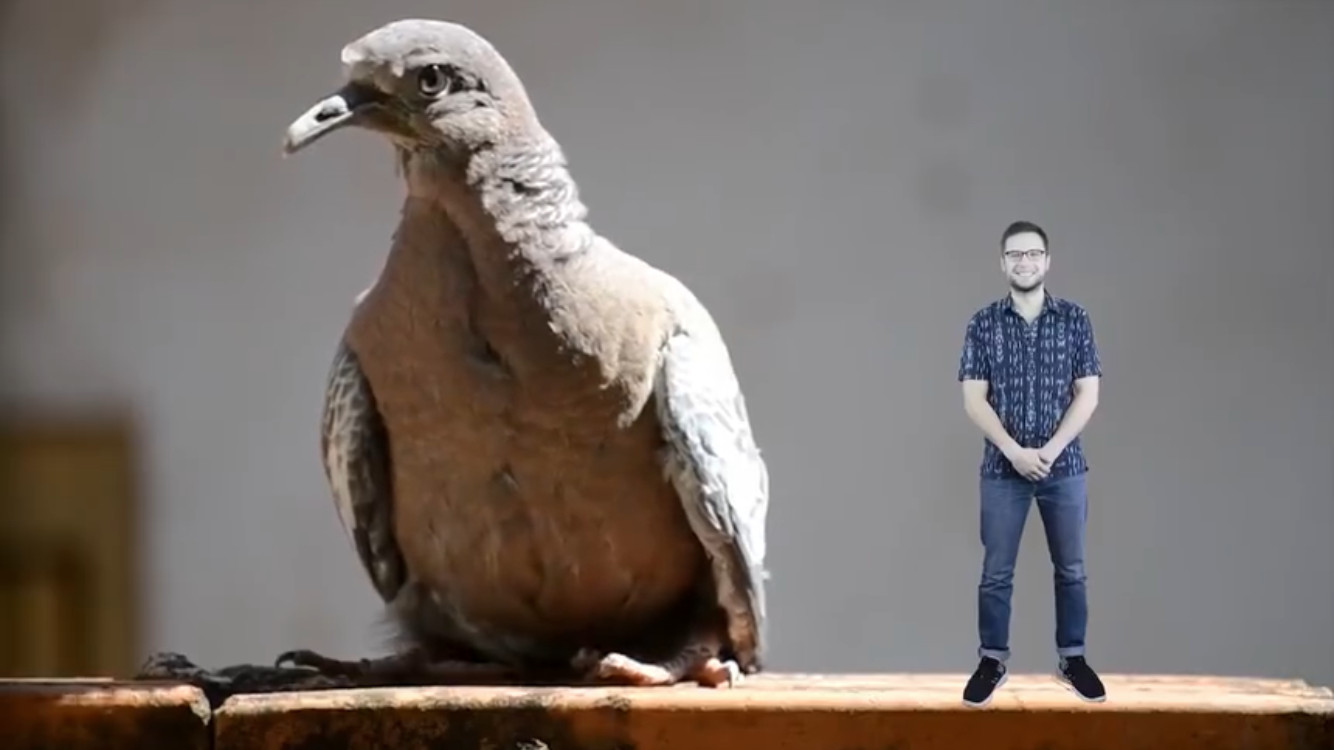 The Shoutout series is all about recognizing that our success and where we are in life is at least somewhat thanks to the efforts, support, mentorship, love and encouragement of others. So is there someone that you want to dedicate your shoutout to?
Whilst Guilty Peach Productions takes on all forms of media endeavors, these past few years have seen a much heavier hand within the live concert video sector. There have been a few musicians that have been instrumental, no pun intended, in helping our client base grow and flourish. I am certain we would not be where we are today without the help a few key individuals and music acts. The first of these would be Scott Underwood of The Band Piano. and Those Cats. Scott gave me a chance and his bands were of the first acts I had the opportunity to film. Scott and I would become tremendous friends and I am lucky to have such a wise life-mentor as him. My relationship with Scott would lead me to connect with two other key musicians in Pace Maynard of Universal Sigh and Will Clark of Funk You. These two guys have networked for me and recommended our film team to many other musical acts and have helped our business grow exponentially. Also I cant go on without mentioning the incredible contributions from my business partner Blake Turner and the collaborative efforts of our partner videographers, Jason Born, Andrew Riley and BLAKE TURNER (replace with name Brandon Taylor). And of course our amazingly skilled boom mic, Nate Clawson. Lastly my Dad has given me every tool ive needed to succeed and is the biggest inspiration for everything I’ve ever done or could hope to do.