We had the good fortune of connecting with Scott Fowler and we’ve shared our conversation below.

Hi Scott, can you tell us more about your background and the role it’s played in shaping who you are today?
I grew up in a small railroad town in Maryland called Brunswick watching Hulk Hogan bodyslam giants as the WWF Heavyweight Champion. In between WWF shows you could find me in my Grandmother(“Nanny”)’s backyard with a makeshift camera pretending to shoot the latest & greatest Hollywood blockbuster in which I, of course, was Director & Star. I remember being very proud of my “Terminator 3: D-Day” project I “worked on” for about a month lol I dabbled in baseball a little and still love watching and going to Washington Nationals games, but my true passion is in creating/the arts. My family was mostly into auto/dirt track racing so I certainly stepped outside the box with my path. I’ve been successful enough in my own right however and they respect that. 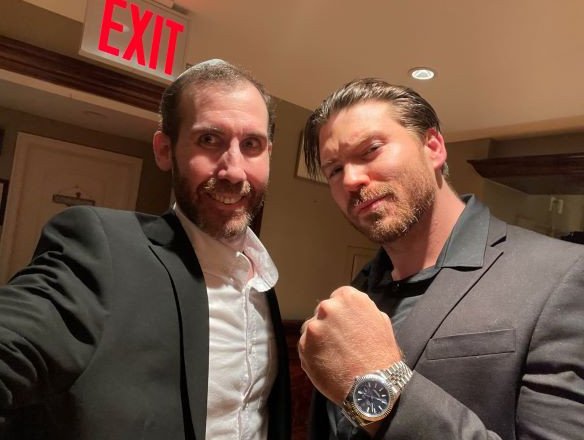 Alright, so let’s move onto what keeps you busy professionally?
I like to refer to my entertainment career in two parts- Part A & Part B.

Part A was in professional wrestling from 1999-2013. I had what I would consider a moderately successful career in pro wrestling, highlighted by 3 TV matches with the WWE, as well as appearances on WWE Pay-Per-View and TV matches for TNA(now IMPACT) Wrestling. I also held a bunch of regional championships for larger scale independent pro wrestling companies like MCW(Maryland Championship Wrestling) in Maryland & FNW(Far North Wrestling) in Pittsburgh. Unfortunately my pro wrestling days/memories are marred by the dark path it led me down with partying/alcoholism. I lived like a rock star and damn near paid the ultimate price for it.

We’re here in Part B with acting(mostly film/tv/commercial/voice over). I always tell everybody getting anywhere in the acting business is a million times harder than pro wrestling ever was. But I’m also doing it much older and wiser than the 20-something trying to make a name in wrestling, plus I have the added benefit of social media and endless marketing opportunities I didn’t have in the early to mid 2000s in wrestling(except for MySpace, but that was still pretty creatively limited). Most recently I filmed a role in season 2 of the Amazon show GRAVESEND that is easily my most proud moment in entertainment to date. An incredible fight scene with the legendary Martin Kove and his son Jesse Kove that is going to look amazing on screen. Can’t wait for you to see it!

If you had a friend visiting you, what are some of the local spots you’d want to take them around to?
I’m a foodie. My fiancé and I love to explore the various “Mom & Pop” small business food joints in the area(can’t tell you the last time we ate at a “chain” restaurant). We’re huge fans of Gladchuks for fine dining with a european flare, Dutch’s Daughter for the BEST crab cakes in the business, or Pasquales or Kings Pizza for a quick bite. Eclectic coffee shops are a favorite as well with a nod to Beans in the Belfry and Baltimore Coffee & Tea. All of these spots are in the Frederick County, Maryland area, which has grown in popularity tremendously over the last 10-15 years. For a night out we might head to an, in season, Washington Nationals baseball game at Nats Park or to New Spire Arts/Maryland Ensemble Theatre for a show. 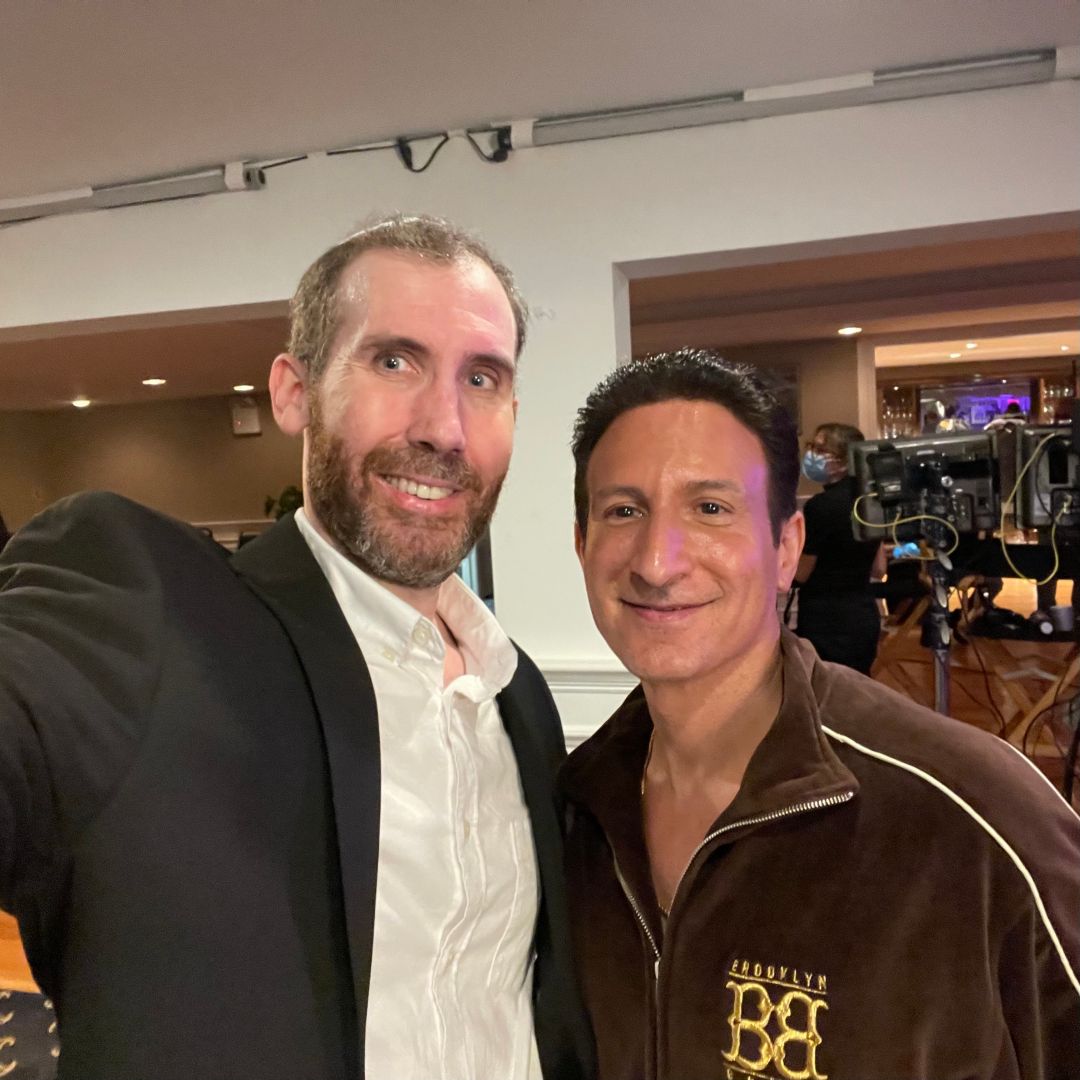 Shoutout is all about shouting out others who you feel deserve additional recognition and exposure. Who would you like to shoutout?
I wouldn’t be sitting here typing this right now if not for the Waterboyz For Jesus(www.waterboyz.org) men’s ministry. They quite literally saved my life when I was so deep in alcoholism I ended up at “rock bottom” at the bottom of a ditch during a snow storm half frozen to death back in February 2015. I’ve been sober for almost 7 years now and my comeback has been nothing short of a miracle, amounting to the best moments and accomplishments of my life to date.

As for my career as an actor, I am fortunate to have unwavering support from my best friend & fiance, Tara. She is 100% my rock and supports every move I make in this business, even the dumb ones(and there are plenty lol). I’ve learned a lot from inspiring and incredible creatives like Wendy Braun(“Actor Inspiration”), Greg Sims(“PATH”), and Anthony Reece(“VO101”). I think the biggest difference between me when I was in pro wrestling and me now in acting is my willingness to learn. I’m not the “know it all” I was in my 20s and it has opened the door to MUCH more opportunity. 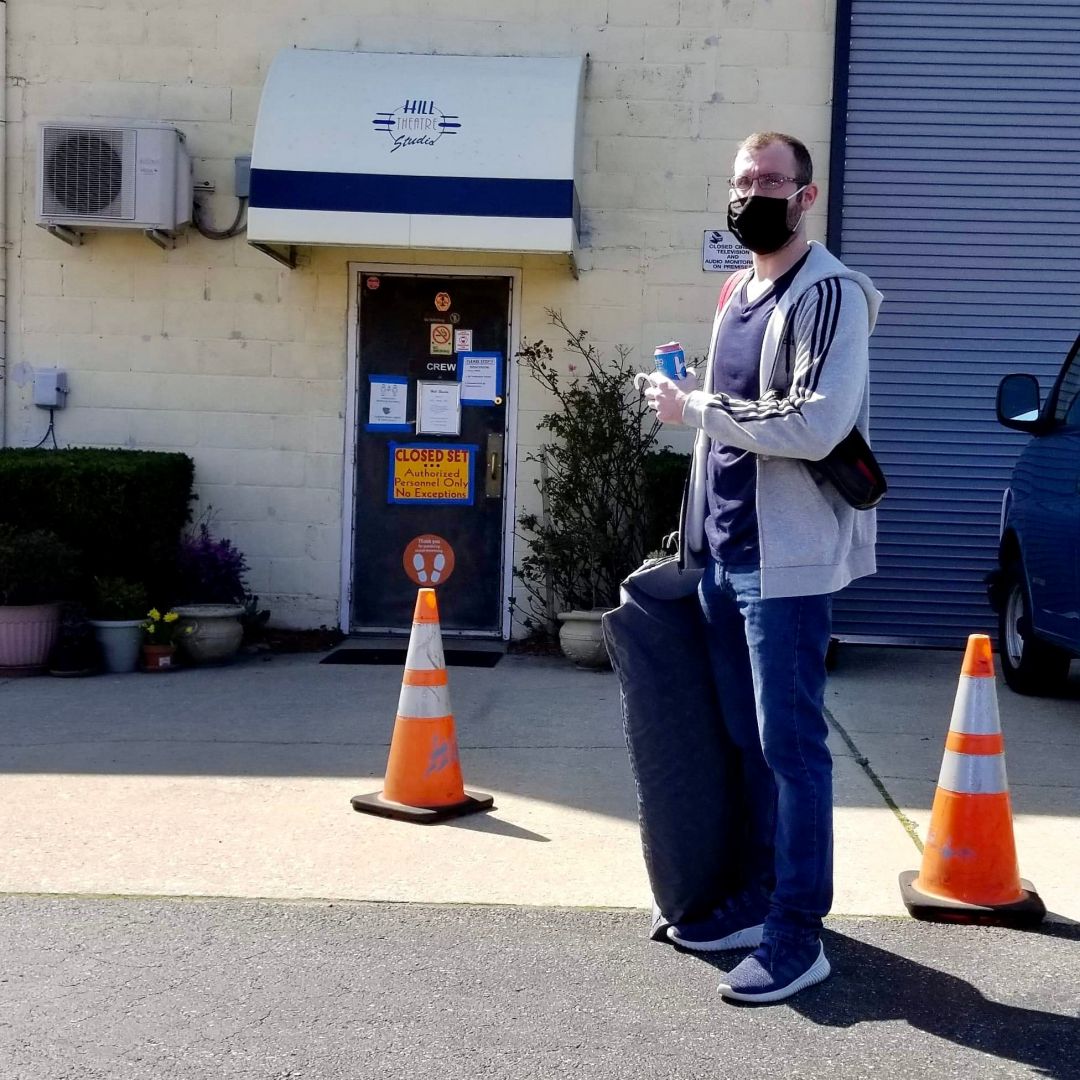