We had the good fortune of connecting with Sam Sirmons and we’ve shared our conversation below.

Hi Sam, what role has risk played in your life or career?
When it comes to risk taking, I feel like my career is based on it 100%. I don’t like the safe way, the way that’s the masses take. I want to be the underdog and do something that’s never done. I came from a small city in Indiana. The only urban station I had growing up was an hour away, so I wasn’t even really exposed to radio to have been my first love. But, once I found it during my junior year at Ball State, realized that I wanted to do it as a career, I started branching out, reaching out to anyone I could. And even as connected as I thought I was at the time, nothing came from it. But, I go to my bestfriend’s undergrad graduation at Alabama A&M and his sister is dating a sales executive at an Atlanta radio station. He suggests that I intern at his station, I apply when I make it back to Indiana, and patiently wait. The day of my commencement, I finally get the call that I can be a summer intern. Great news! But, I have to be on campus for the summer sessions to complete my degree. I have to tell them, give me 8 weeks, I couldn’t imagine saying 2 months, but I’ll be there! They took a chance on me & I made sure I was never going to have them regret them helping me out. I move down to Atlanta with $300 and a car full of my belongings. It was sink or swim for an unpaid internship & I decided that I was not going to drown. I have made it 10 years in this industry from being willing to learn, listen to all criticism, & always be ready at a moments notice. 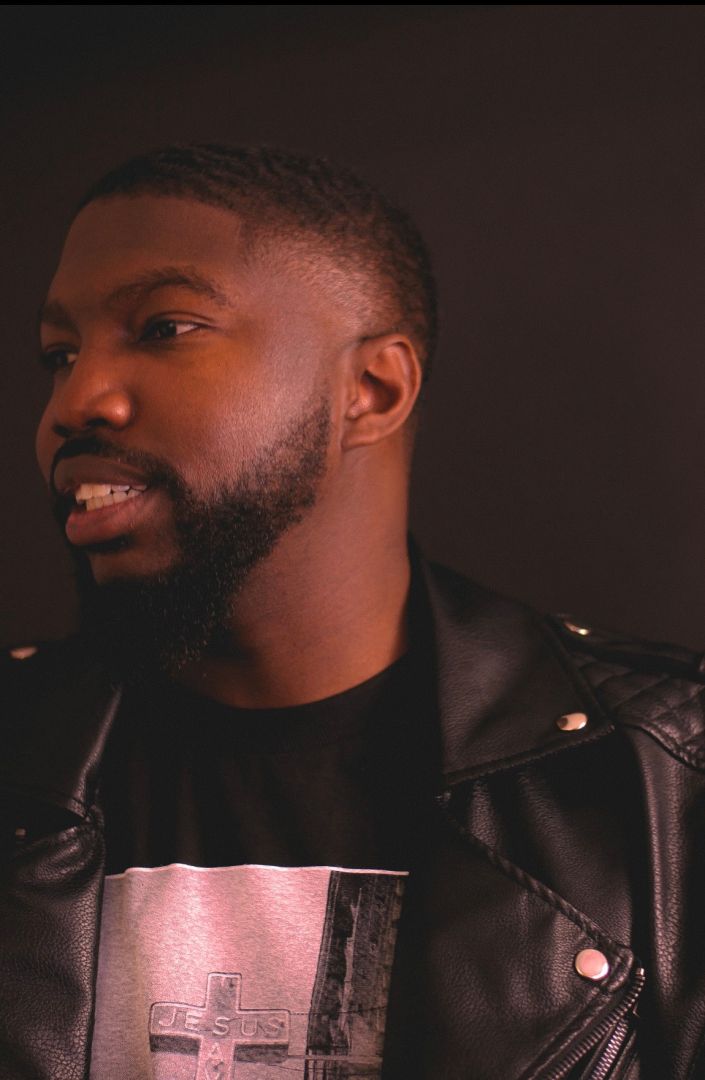 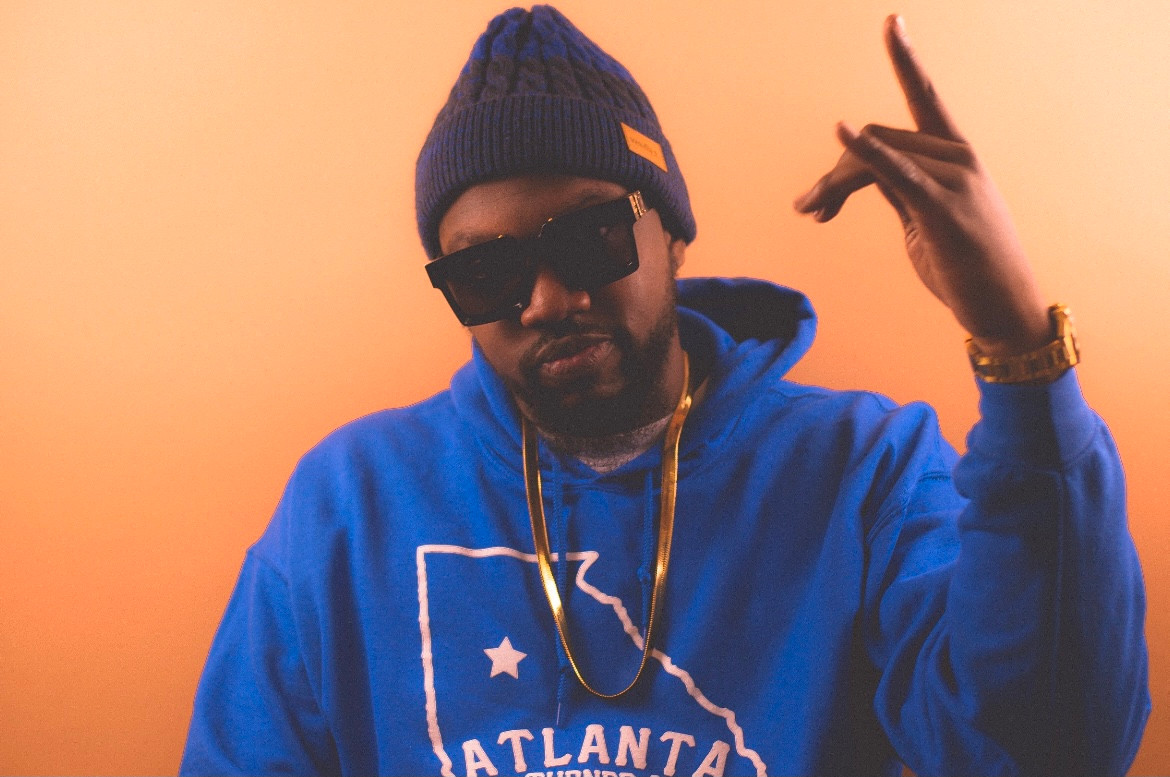 Alright, so let’s move onto what keeps you busy professionally?
I feel like being a radio producer & personality, you have to find your voice. In market #7, you can’t just talk on the radio. There’s a lot of high quality talent and you have to be better than anyone else on the dial. The most exciting thing is when the city listens to the show and becomes so attached to the topic, they have to call in. And in 2021, we really don’t call too many people. Think about it, how many people do you call? Maybe your parents, child, bestfriend, and that’s just when you feel up to it. So, when you get someone worked up or engaged enough to pick up the phone to share their opinion, it’s special. And, it’s always the moments that you don’t think is a big deal that ends up being the best conversations with the city. Challenges I’ve run into is trying to overcommit myself to so many tasks. That’s the idea that I have to be able to do 7 things all at the same time. To do the task of what I’ve seen 3 people do, it was a tall order at first. But, I knew I was up for the job. I just had to slow things down. While I’m producing, I’m producing. When I’m being a personality, I’m a personality. I can’t book guests, put out fires, take calls from clients, any of that. The show is the most important thing from 2-6, whether it is Ryan Cameron Uncensored or my weekend shift. Keeping a balanced day of work and leaving enough for personal projects, like my podcast. The lesson I’ve gained in the last 10 years would actually be very simple. “A dream deferred is not a dream denied.” After being fired at the top of my game in California, I was worried if I would ever make it back to radio. I felt iced out on the west coast, so I came back to Atlanta. Fortunately, my mentor was making a comeback into radio himself and saw fit to bring me onboard the return. To have been sidelined and to come back in the same year, that’s the dream being deferred, but never denied. 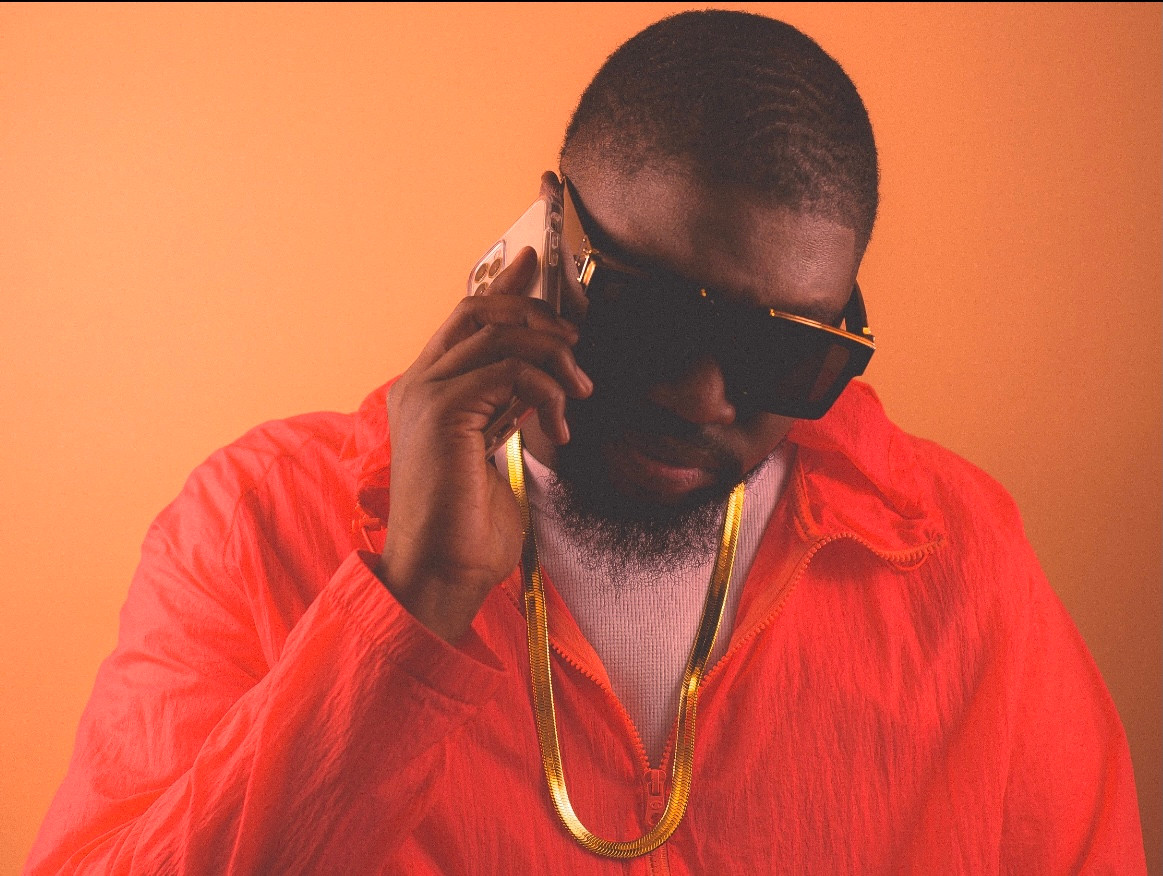 If you had a friend visiting you, what are some of the local spots you’d want to take them around to?
If I’m bringing someone into the city, I make sure they get to see the city from my eyes. What makes me fall in love with it anytime I see it. I drive them into the city from 85 and see the skyline, I take them to the top of Centennial Tower to take in the downtown area. I bring them to the Jackson Street Bridge so they can get the tourist shot. And, if there’s one Atlanta food place I make sure someone gets, it’s taking them to one of the three Slutty Vegan locations in the city. To eat THAT good & it be completely plant based, I get the head nod of approval everytime. Pinky is a visionary and I am proud to keep bringing business to her. I also want to give recognition to all the food trucks around the city. I’ve yet to have a bad experience or bad food. The idea of a small dream and having people believe in it in the #1 city for small businesses is alluring. If I wasn’t in radio, I would chase whatever I dreamed in Atlanta because it is possible here. 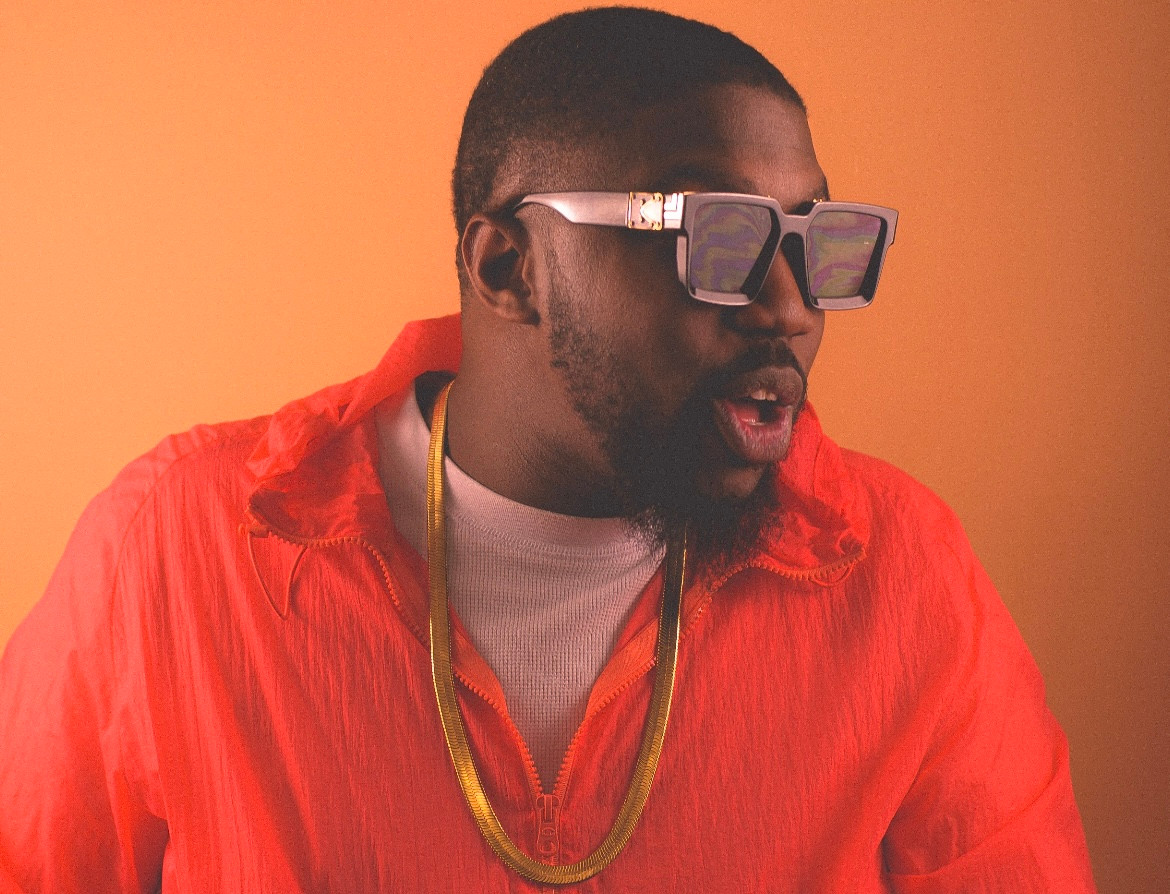 Who else deserves some credit and recognition?
I have to shoutout the 2x Emmy award winner, Georgia Radio Hall of Famer, National Black Radio Hall of Famer, named one of Atlanta Magazine’s 55 Most Powerful Atlantans & 500 Most Powerful Leaders, P.A. Announcer for the Atlanta Hawks & Atlanta Falcons, actor, voice over expert, philanthropist, humanitarian, father of 3, Ryan Cameron. Yes, I am going give him all his roses while he can smell them because life since COVID-19 has changed so much around us, especially in this industry. Getting to work for him as an intern and now as his producer is something I don’t take lightly and want to always pay homage to the person that gave me a chance to launch two shows for him. Thank you for seeing this lanky kid that sold shoes at Foot Locker, but was dedicated to the grind that radio gives. Thank you for being hard on me to make me better. Thank you for putting your trust in me all these years. I hope to be one of your success stories you can bring up in casual conversations for years to come. I also want to thank my parents for understanding that I needed to leave home to be who I was destined to be. I know a lot of people that don’t have that support and it makes me grateful for the love they always showed me, through the ups and down, they were right there. I wasn’t going to let them down & fortunately, I haven’t. 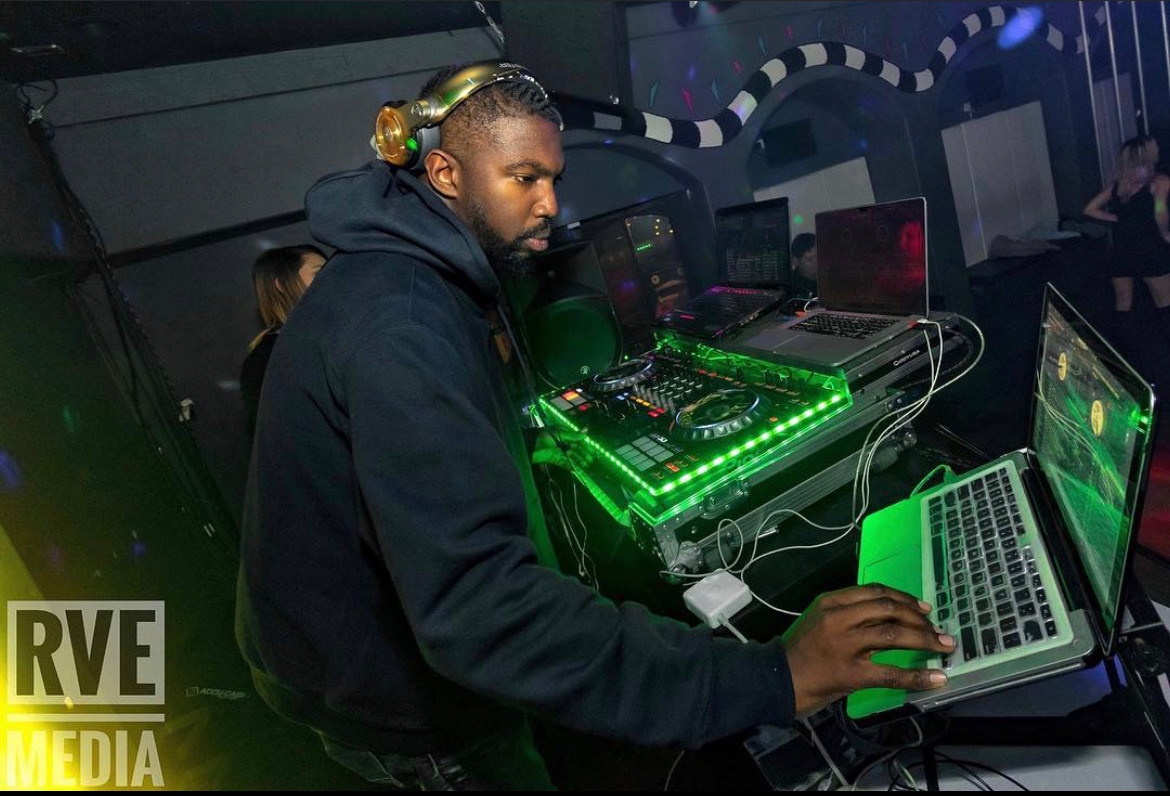 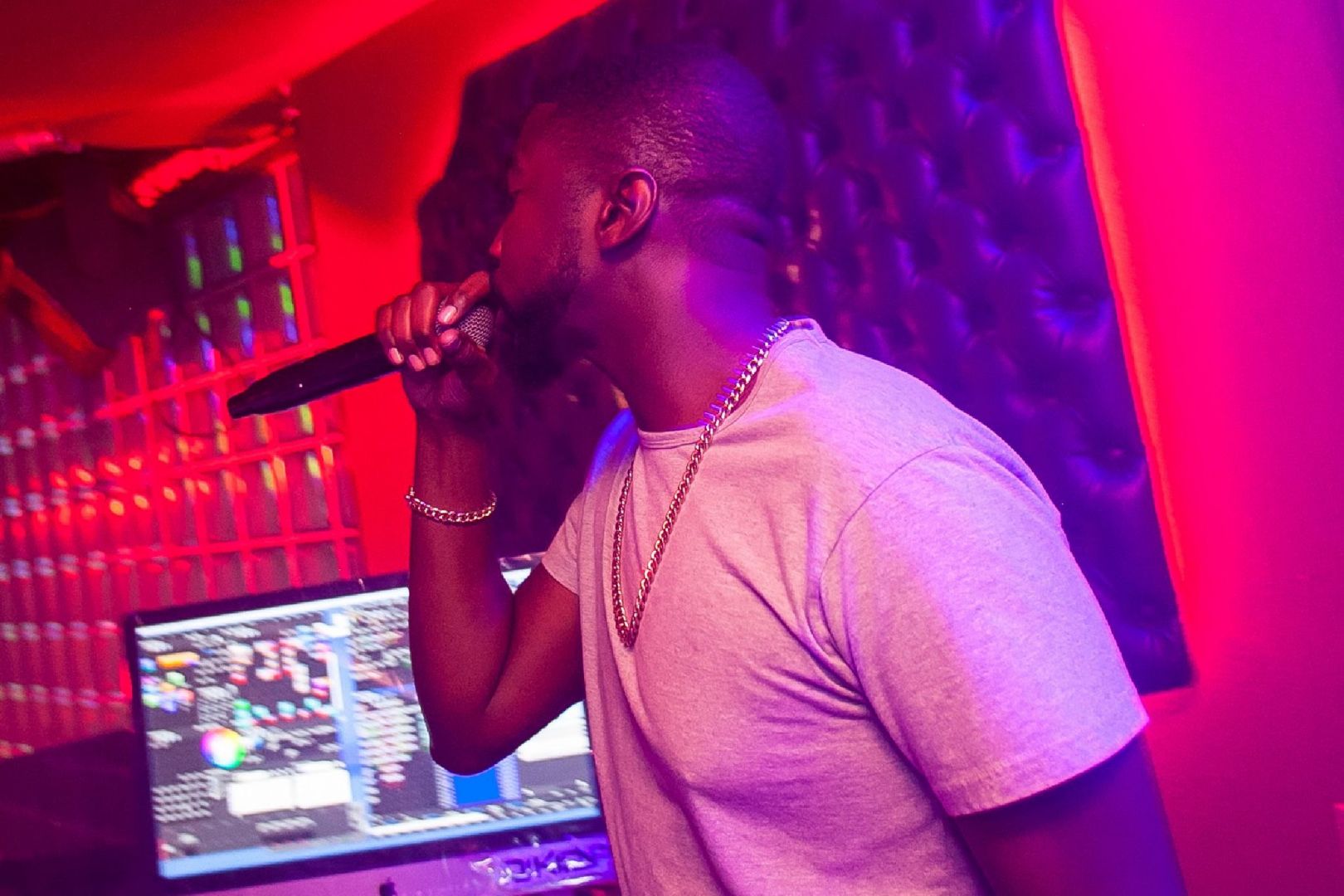 Other: What Do I Do Now? Podcast: anchor.fm/therealsix5

Meet Taban Cosmos | A software engineer by training, and a self-taught product creator .