We had the good fortune of connecting with S. Watkins and we’ve shared our conversation below.

Hi Watkins, what was your thought process behind starting your own business?
You know what’s funny? At first I didn’t want to. First I tried to apply to other organization companies in the city because the idea of starting my own business was SO intimidating, I didn’t think I wanted or even could handle the responsibility. But in applying, I think I was perhaps too ‘edgy’ or not ‘on brand’ enough for other companies because I didn’t hear squat back from any of them. And it started to become this big “what if” you know? “Wouldn’t it be wild if I started one of my own?” “Could you even imagine if I became a business owner?!” Then it just became more and more apparent that there was a great opportunity here for me to fill a niche of accessible, affordable, affectionate organization. And since I love a good alliteration a friend actually helped me come up with the name while I was still toying with the idea and once we landed on Sort My Shit it just felt so… me! So on brand, so funny, so clever, so RIGHT. The idea took off and two years later I’m still growing and learning as a business owner but I’m also incredibly proud of what I’ve accomplished and truly, deeply, in love with my job. 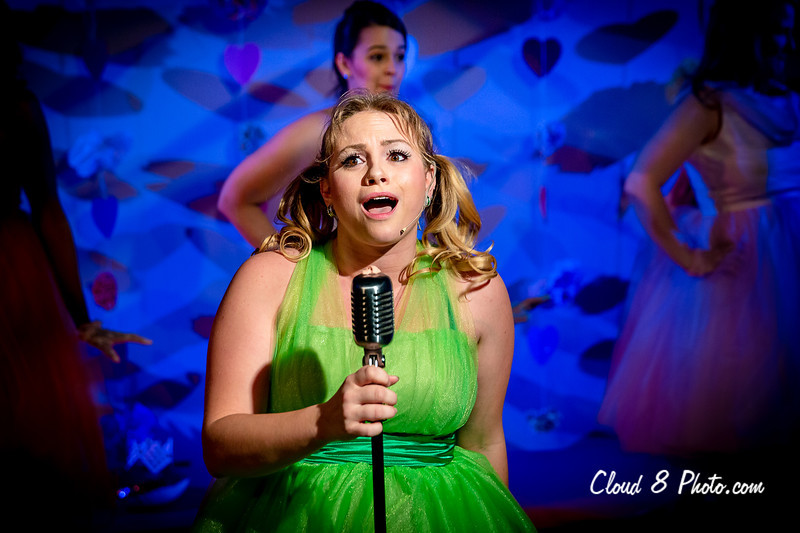 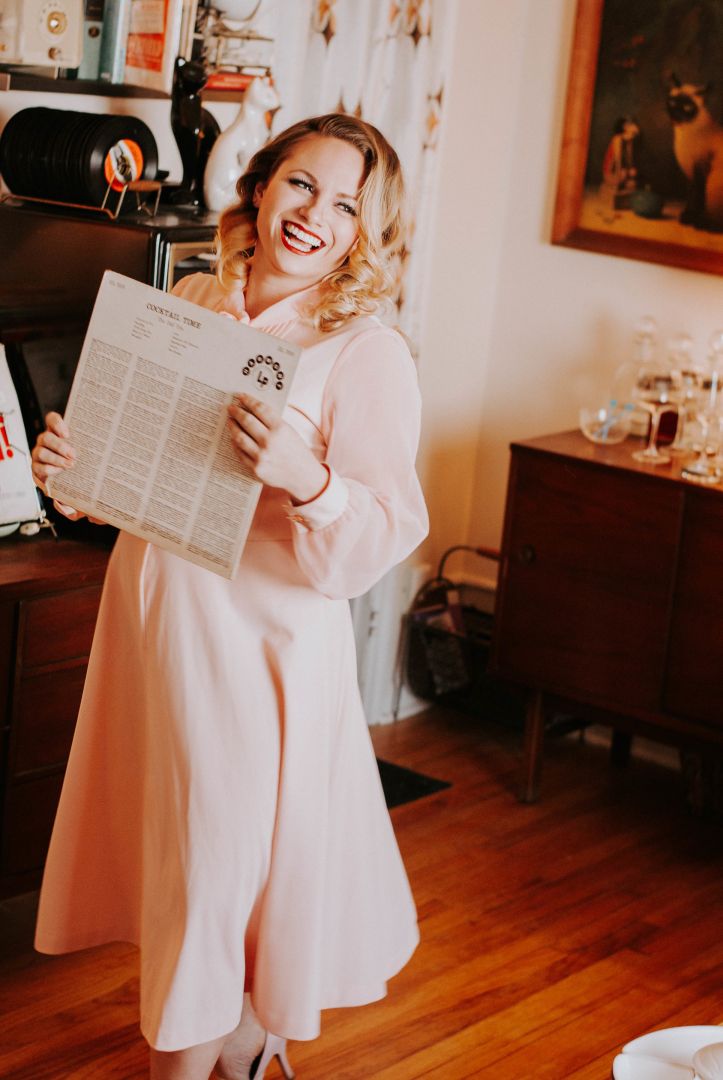 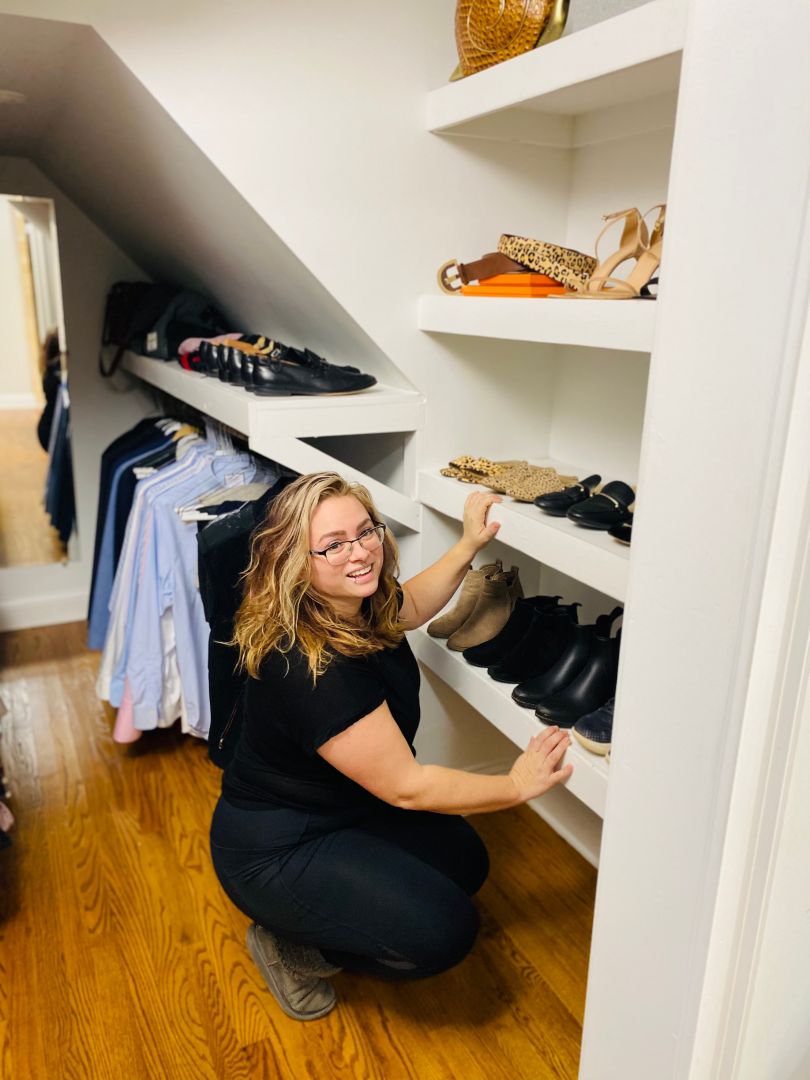 Please tell us more about your career. We’d love to hear what sets you apart from others, what you are most proud of or excited about. How did you get to where you are today professionally. Was it easy? If not, how did you overcome the challenges? What are the lessons you’ve learned along the way. What do you want the world to know about you or your brand and story?
Oh man where do I start! As a professional organizer, what sets me apart is accessibility. Everybody has seen the million dollar closets in magazines or the Pinterest worthy pantry on Instagram and while that work is gorgeous, it can also feel classist and alienating because there’s usually a white heteronormative nuclear family attached to it. Getting your shit together is for EVERYbody, and anyone can benefit from reorganization. And so can any space! Your closet deserves the same attention the million dollar one gets. Your pantry can be as functional as that one you saw on Pinterest. My slogan is “Judgment-free professional organizing for the modern human”, and that’s exactly what I do.

Now as an actress, I’d like to think what sets me apart is that I’m super versatile! My first job out of performing arts college in 2013 was costume character work at Universal Studios Hollywood where I was on the roster for something like 10 different character tracks. Since then I’ve done haunt acting, stunts, puppeteering, voice over work, and improv all thanks to opportunities I got working at theme parks like Six Flags and Stone Mountain Park. And that’s in addition to my musical theater career. I’ve been a swing multiple times, I can genuinely and truthfully sit in almost any typecast, I’m not afraid to make strong character choices, and I commit to the bit.

I think the biggest lesson I’ve learned along the way is set the bar low but aim high. Audition for the thing then forget about. It seems counterintuitive but statistically, 90% of the time, you won’t book. So do what you can, give it your best, then move on. That way, if it’s a no, it doesn’t break your heart and if it’s a yes, then it’s a wonderful surprise!

So far I think I’m most proud of being Heather Duke in Onstage Atlanta’s production of Heathers the Musical. It was the first thing I booked here in Atlanta after moving back from LA and it was just such a fun role and show. And before the pandemic hit I was incredibly excited to be going into rehearsals for Grease as one of the Pink Ladies, Jan, at Theater Buford! For now I’m looking forward to when it’s safe to perform again.

If you had a friend visiting you, what are some of the local spots you’d want to take them around to?
Omg lit. Okay. In no particular order we would for SURE do: Krog Street Market – Georgia Aquarium and World of Coke – the walk up trail at Stone Mountain – depending on the time of year, Inman Park Festival, Dogwood Festival, East Atlanta Strut – Fernbank Museum – bottomless mimosas at Red Pepper – hang out in Piedmont at sundown – burgers and boozy milkshakes from Grindhouse – shop for witchy shit at Phoenix and Dragon – the Vortex – drinks at the Sundial – The High Museum – a show at the Fox – Dragonconnnnnn – and we’d prolly end up at Midtown Moon for drinks and a drag show! 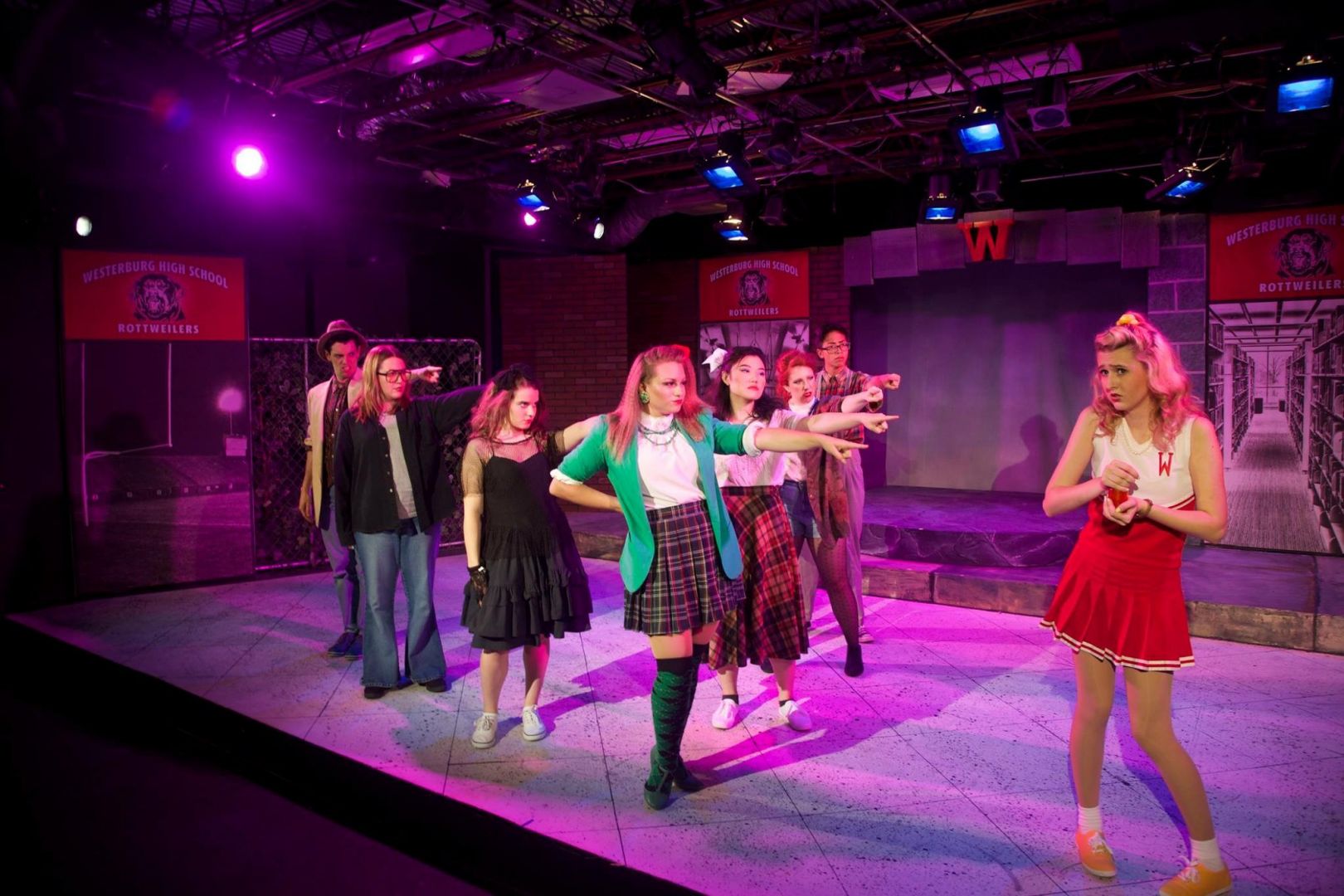 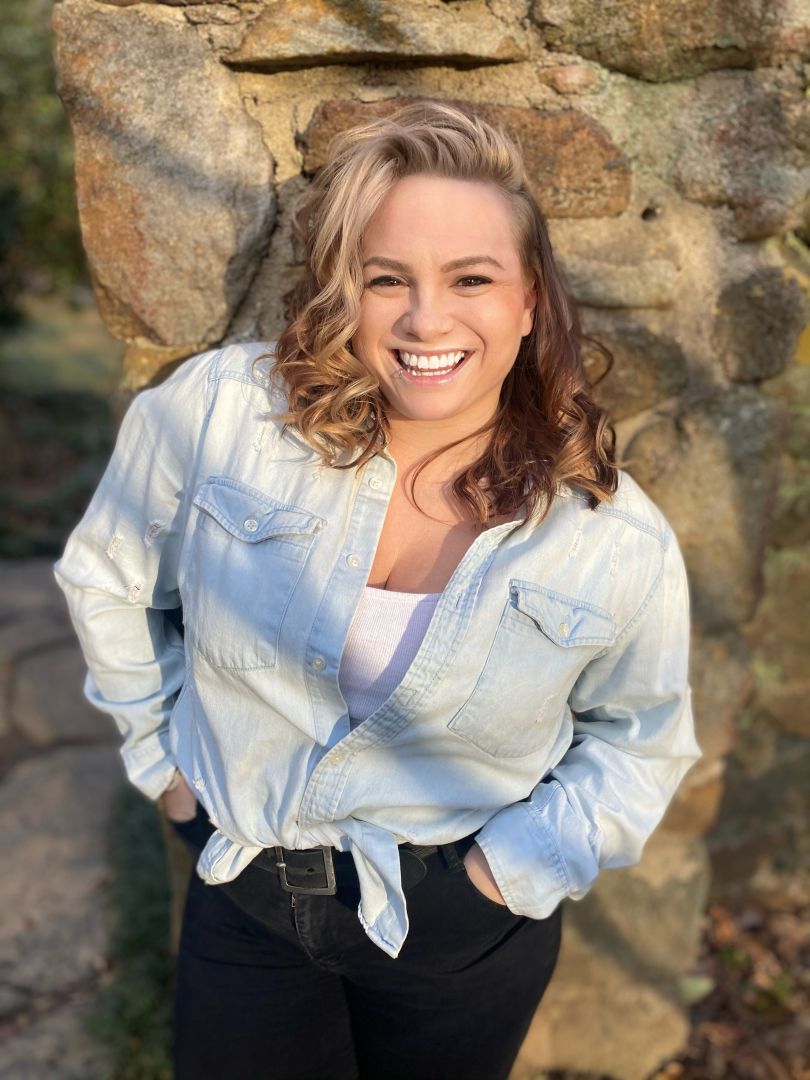 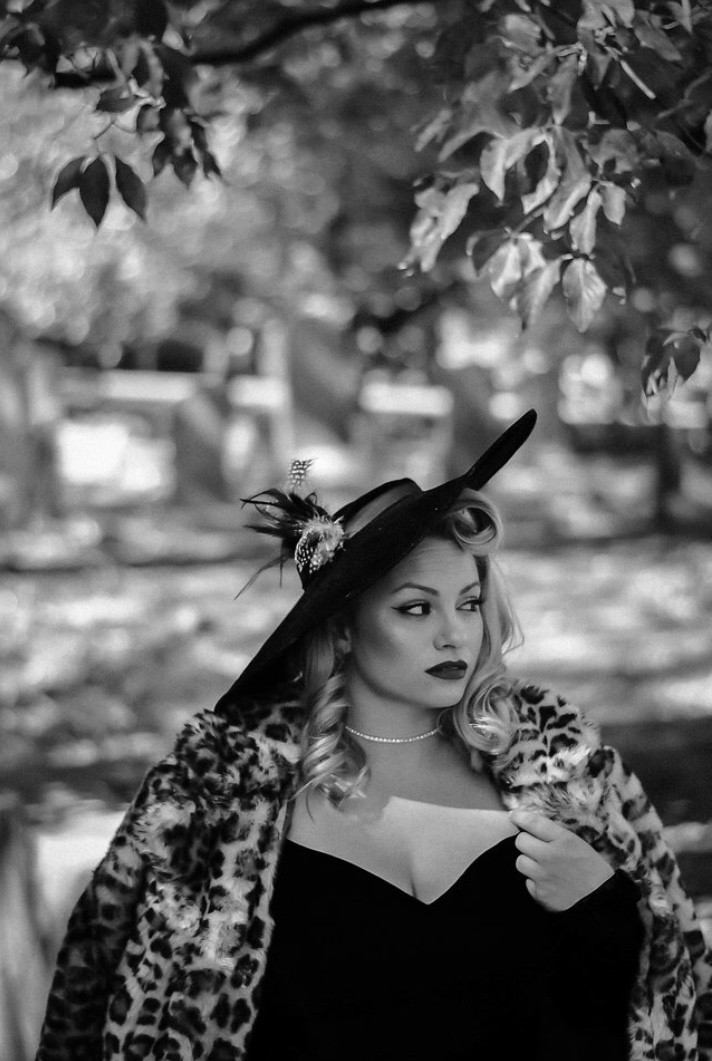 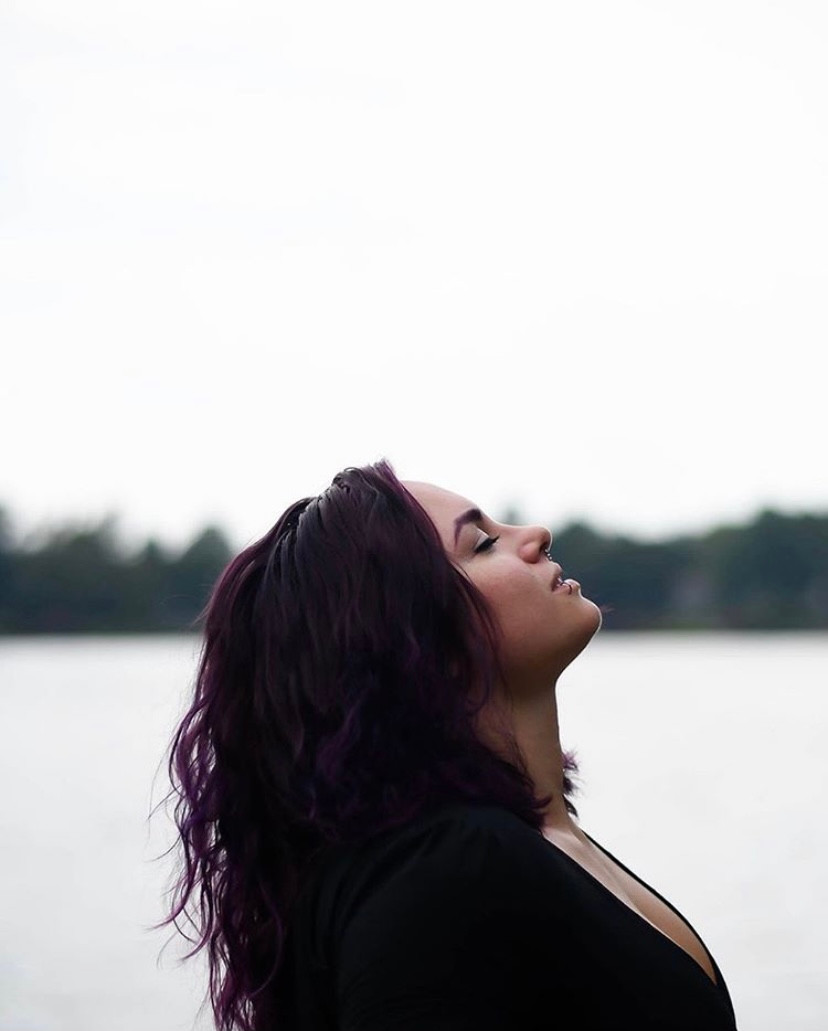 The Shoutout series is all about recognizing that our success and where we are in life is at least somewhat thanks to the efforts, support, mentorship, love and encouragement of others. So is there someone that you want to dedicate your shoutout to?
First and foremost, my parents Rick and Kathy. They are absolute rockstars and they have always been supportive of my endeavors. Thanks to the pandemic putting the entire performing arts industry on an indefinite hold, I had recently decided to lean in and do my organizing business full time. Without their assurance and support I would be stuck in jobs I didn’t love for the sake of survival. I will never fully be able to repay the gift of freedom and safety that their support has given me. I would be absolutely nowhere without them. Well that’s a lie. I’d just probably still be living in their basement. I’d also be remiss if I didn’t give my sister Meredith credit for being the queen of tidiness and aesthetics that first influenced me. A special shout-out should go to a dear friend and local director, Charlie Miller. He cast me in my first Atlanta show, Heathers. He was also my very first client and essentially jump started my business by letting me do his whole apartment and by introducing/recommending me to people who would become my next clients. Of corpse my partner Austin. He has always had more faith in me than I ever will and being with him and building a life together has given me an ambition to better myself that I never had before. And as always my cat daughter Noodle, she is the reason I get up in the morning. I am forever truly grateful.