We had the good fortune of connecting with Rae One and we’ve shared our conversation below.

Hi Rae, what was your thought process behind starting your own business?
As a kid I had a knack for always drawing, idk where it came from …I believe it was a God given talent. Fast forward to middle school, my mom was an accountant at a collage so I would visit on school breaks and sneak in classes also taking classes at Cal State Dominguez on the weekends. At the point I was heavily into Hip Hop, Graffiti & Fashion so by the time I got to high school I was studying those aspects like it was a elective. Joined a graffiti crew & got caught up in street life but the two things I never strayed away from were Fashion & Graffiti. In 2009, I got shot in a drive by shooting and that’s when i decided to put the street stuff behind me and take my passions more seriously. I enrolled into LATTC for graphic design, a few weeks before I left in 2011 and with the help from a Friend (Ali Saint of Norwood Chapters) I decided that fashion was what I was gonna do. 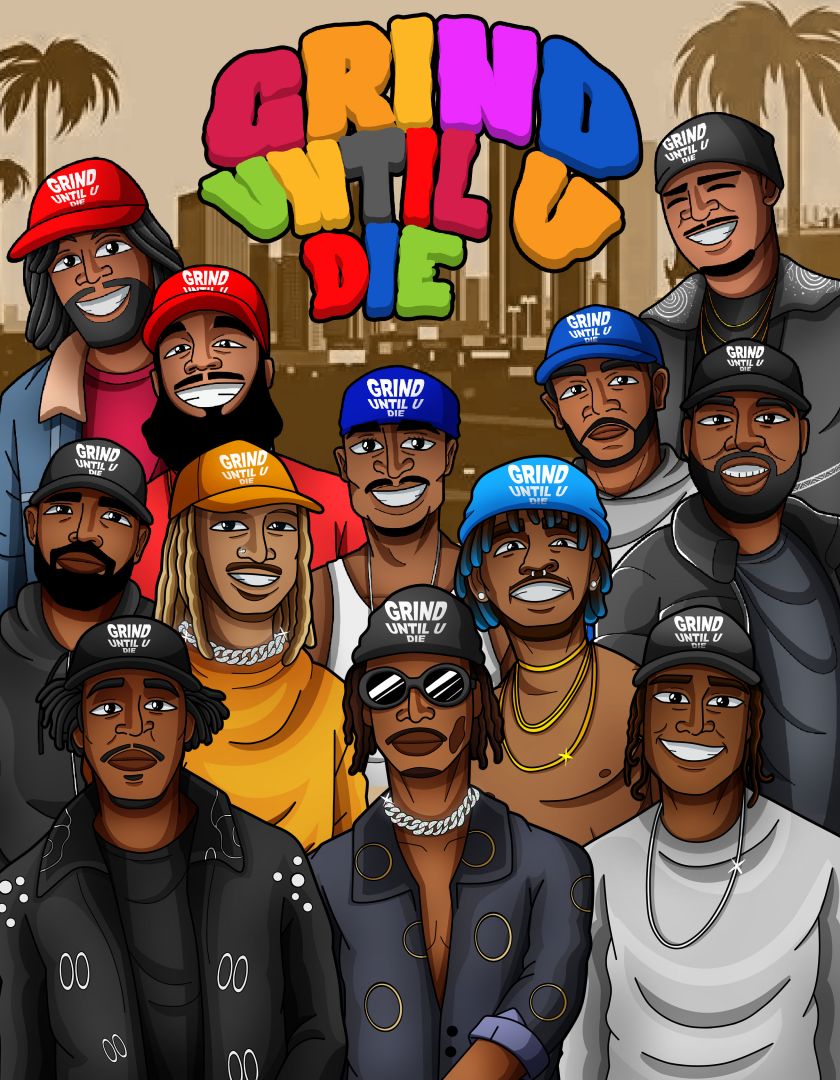 Alright, so let’s move onto what keeps you busy professionally?
My art background stems from the love of graffiti art, it was a rebellious form of artistry and it jus made perfect sense for who I was as a teenager at the time. Today (as a painter/ muralist) in my personal work I tell a story of triumph through tragedy (“Cham-Pain” 🍾 )…Celebrating & accepting the wins with the losses but always striving for better & more. When you come before the internet era, if you weren’t taught things you had to just jump out there so I owe a lot of what I know professionally today to trail & error (along now with the internet today)

Aside from my brand and the struggles of running that…I been thru hell and back in my personal life from the LA lifestyle, to being shot, going to jail/ court cases, having kids at a young age to almost losing my life. It’s far from easy but to say the least you gotta Fight! Fight, fight! 2 things I’ve learned that are high on my list are having a positive mental attitude & being mind of the company you keep.

My brand “Grind Until U Die” is actually a acronym for GUUD which means Positive/ Optimism…the key to life is giving your all & going hard for what you believe in, what your passionate about & want out of this existence… challenging your self, overcoming obstacles and coming out victorious!

Let’s say your best friend was visiting the area and you wanted to show them the best time ever. Where would you take them? Give us a little itinerary – say it was a week long trip, where would you eat, drink, visit, hang out, etc.
Eat…Sushi at Eyaki Sushi, Wokanos or Sushiya, Belizean food at Joan & Sisters, Just about any taco truck/ stand you spot & Soul Food at Chef Marilyn’s, Roscoes or Dulans.

And hang out? The HOOD! J/k 😂 I’d say the places mentioned above 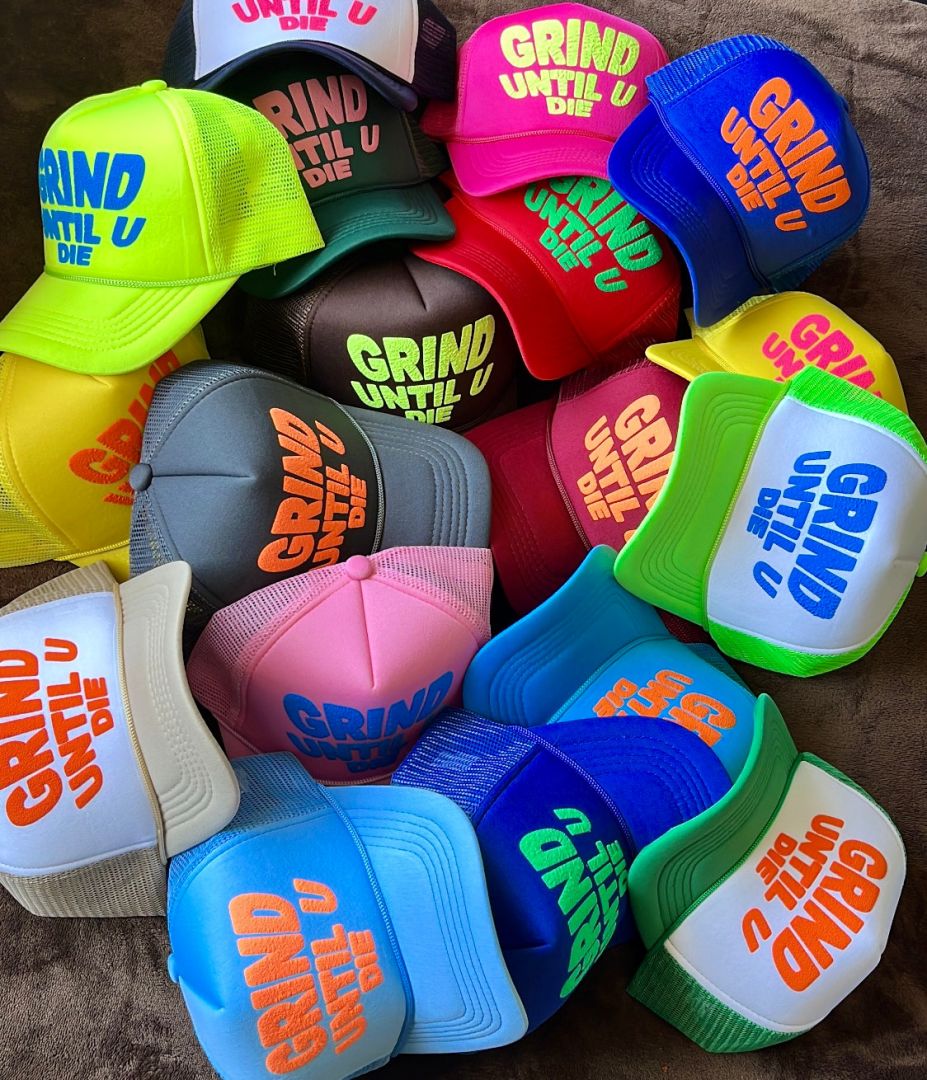 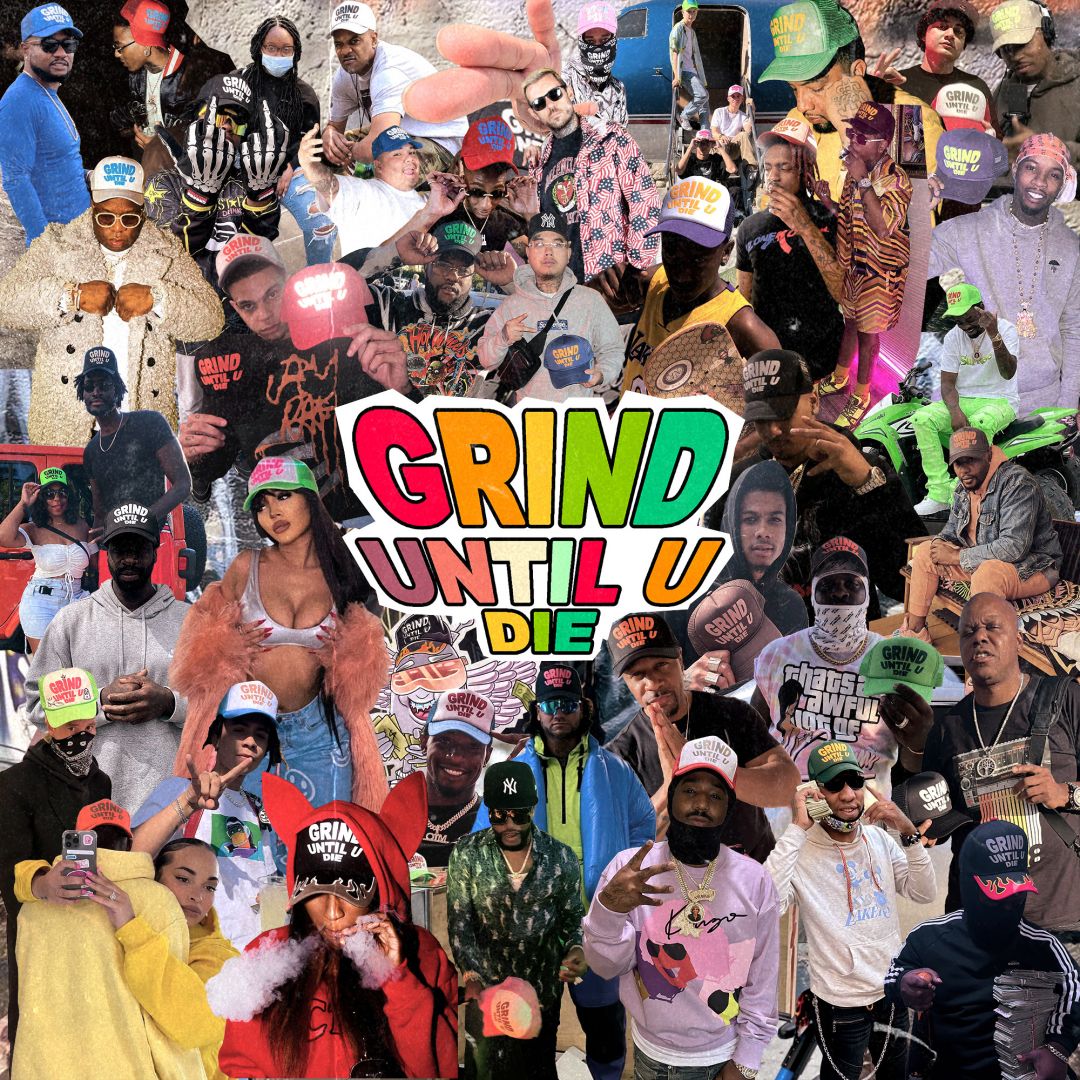 Shoutout is all about shouting out others who you feel deserve additional recognition and exposure. Who would you like to shoutout?
After I left LATTC, I had already been cool with 2 brothers out of Watts though my cousin that owned a printing shop in South Central so got hired as a Graphic Designer. In the midst of that my older bro had put me onto his high school buddy Shaffro, who at the time had been a part of the Crooks & Castles team and was looking for someone to help him with a rapper named Nipsey Hussle (RIP) who needed designs for a brand that he was starting called “The Marathon Continues” so I assisted with that in the beginning stages.

So as mentioned before, Ali of @NorwoodChapter, we met back when the Tumblr, HBA, Been Trill, Black Scale, Crooks & Castle, Diamond Supply Era was poppin. (also inspirations) If I’m not mistaken, I stumbled across his page on Tumblr and it led me to his Facebook page. At the time he had a brand call Caravaggio and had pics with Big Sean, Kanye West, 2 Chainz etc. wearing his brand so I sent him a Dm & asked for tips on how to start a clothing brand.

Fast forward to 2018 he does his first big release to Norwood Chapters & at the party I meet a guy named @RichFresh…We exchanged detail & kept in contact and the point of me meeting him to where he’s at now plus watching it all happen in real time gave me confirmation that it all was possible.