We had the good fortune of connecting with NinRac and we’ve shared our conversation below.

Hi NinRac, how do you think about risk?
Aside from my company’s initial game (a platformer named The Adventures of F.L.I.M.), we have sought to tackle developing interactive experiences in genres where we saw great potential but greatly under-serviced markets with a niche development style of story experience first. We have done real time card games (Crystalline Cauldron), rhythmically interactive experiences (Mantis Shuffle), and are now working on a platform brawler (Elemensional Rift). In addition, we have had a few that have been put on the back burners for awhile now. Most of them were due to a scope far larger to be handled than the team available or exploring the market while testing initial reactions and finding reception less than favorable to continue. With a quite small company size, assessing the risk early is quite important as it will not only affect sales but long term success and being stuck on a long term project prevents an availability for taking on new, better prospects or keeping agile enough to keep up with trends in the highly adaptive world of interactive entertainment. 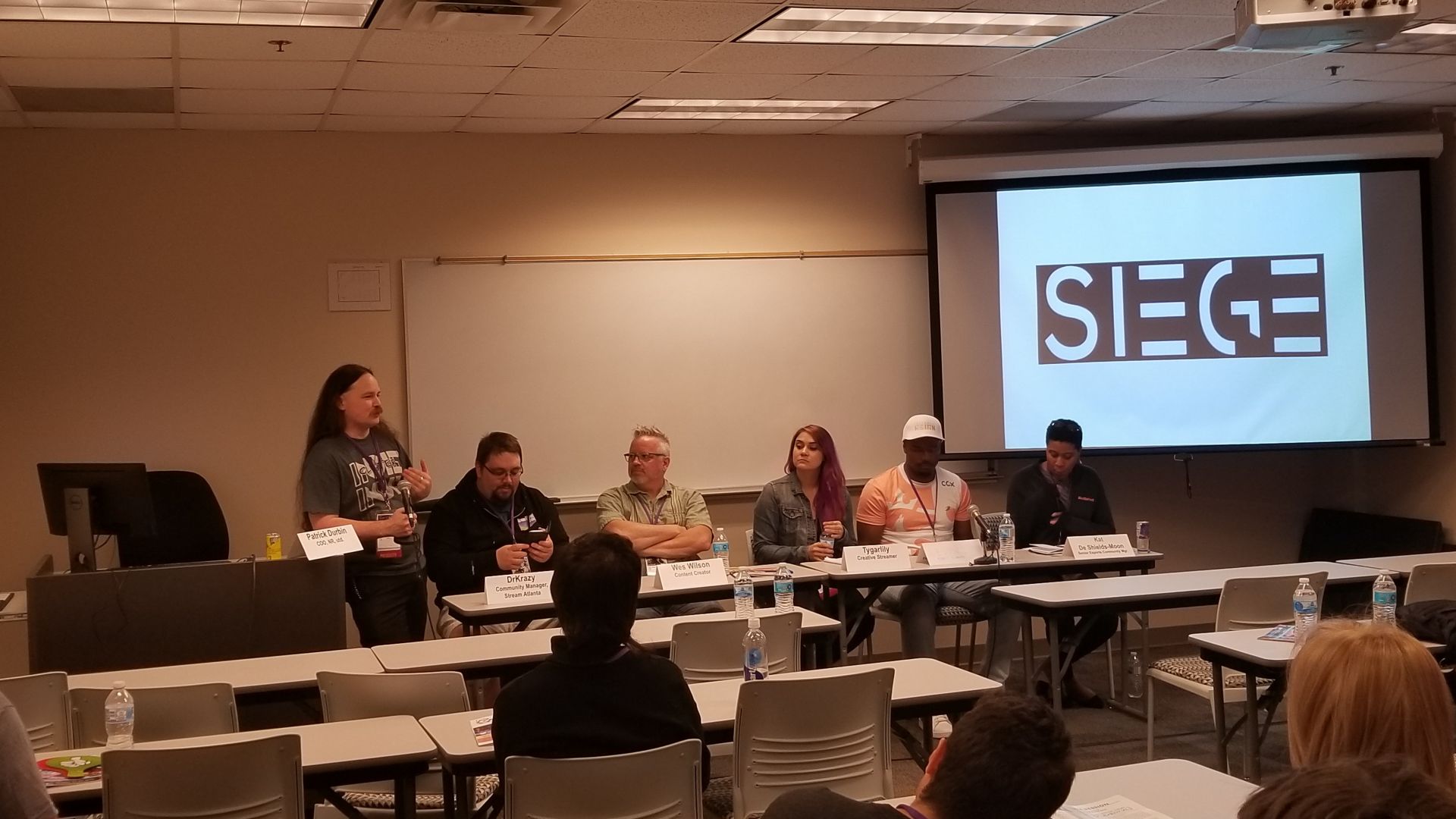 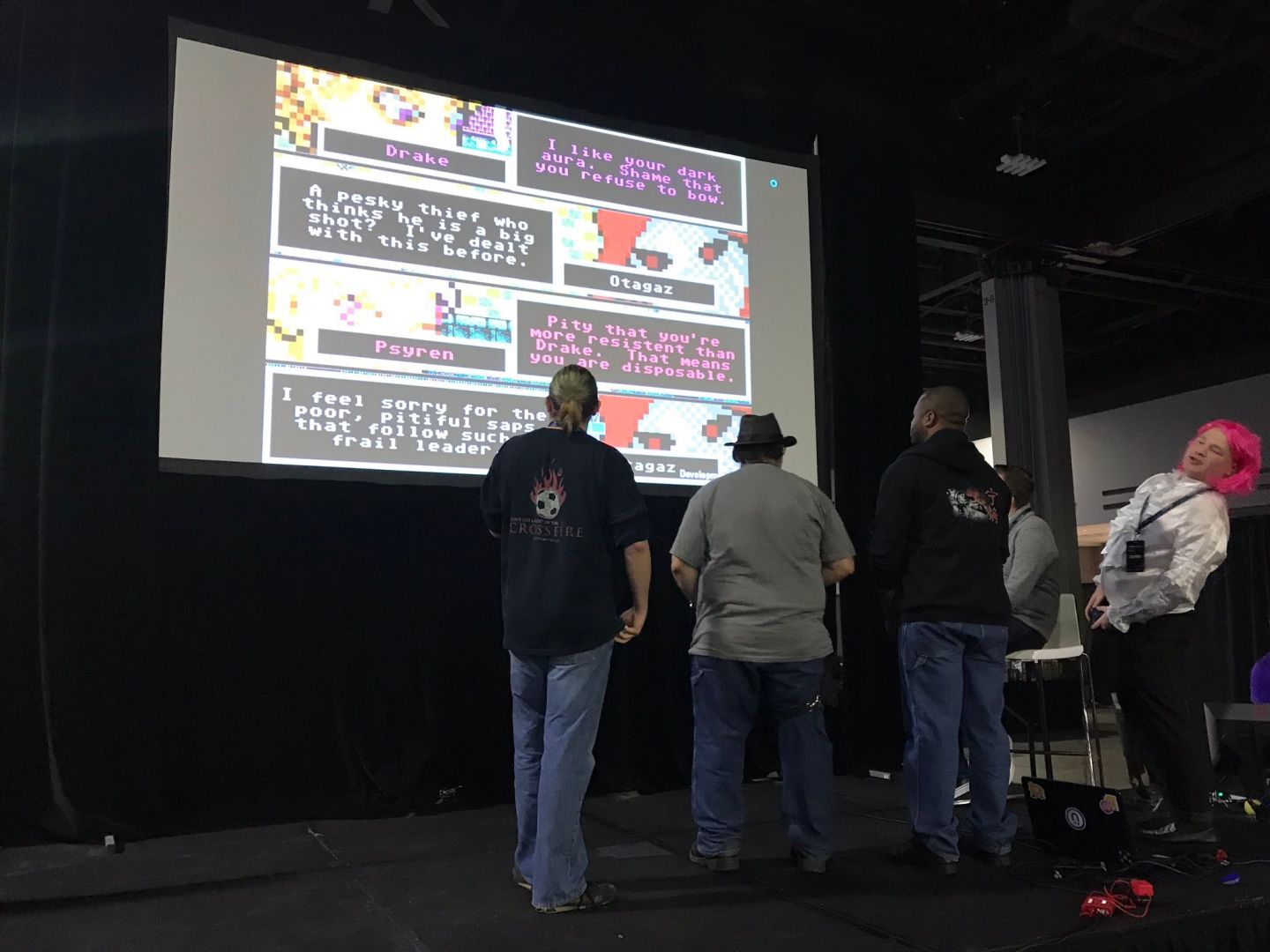 What should our readers know about your business?
I would say just keeping my business up and running for seventeen years is quite an accomplishment to be proud of, especially in a position of caught between two highly competitive markets of entertainment and technology. Most of my peers struggle to even last a few years in such a position and have seen many burn out and not want to return. There is always new problems that require unique, creative solutions and one cannot rest on their laurels or they will slip behind. This leads to my first of two lessons and that is to carefully manage one’s workload to not burn out. Burn out can creep up and hit many when caught up in the whirlwind of passion and pressing due dates that cannot be moved. By the time one realizes the major signs of burn out, it can take a long time to help one recover from it. I have witnessed several stories of those still trying to recover years later after they hit their limit. The other major lesson I have learned is one gets what one pays for. The projects I struggled with the most were the ones earlier in my career where I had far more limited resources and larger teams. Whether working with profit sharing plans or a low end budget because it is all you have for the position, it will come to haunt your business and creep into all sorts of ways.

If you had a friend visiting you, what are some of the local spots you’d want to take them around to?
For the best time, I would make sure to coincide it with the many great large events we have in the Atlanta area. Our local conventions are something to behold, take in, and worth setting a week aside just for them. Dragon Con is the most well known, but I also greatly enjoy Momo Con, Southern-Fried Gameroom Expo, DreamHack: Atlanta, Anime Weekend Atlanta, and Seishun Con. I would certainly include the most relevant one to that friend’s interest as a large portion of that trip. As many of my close friends are quite interested in gaming, Battle & Brew will be on the list as well. As one who enjoys fine, Italian dining, I’d also add trips to Carrabas and Maggiano’s as well. 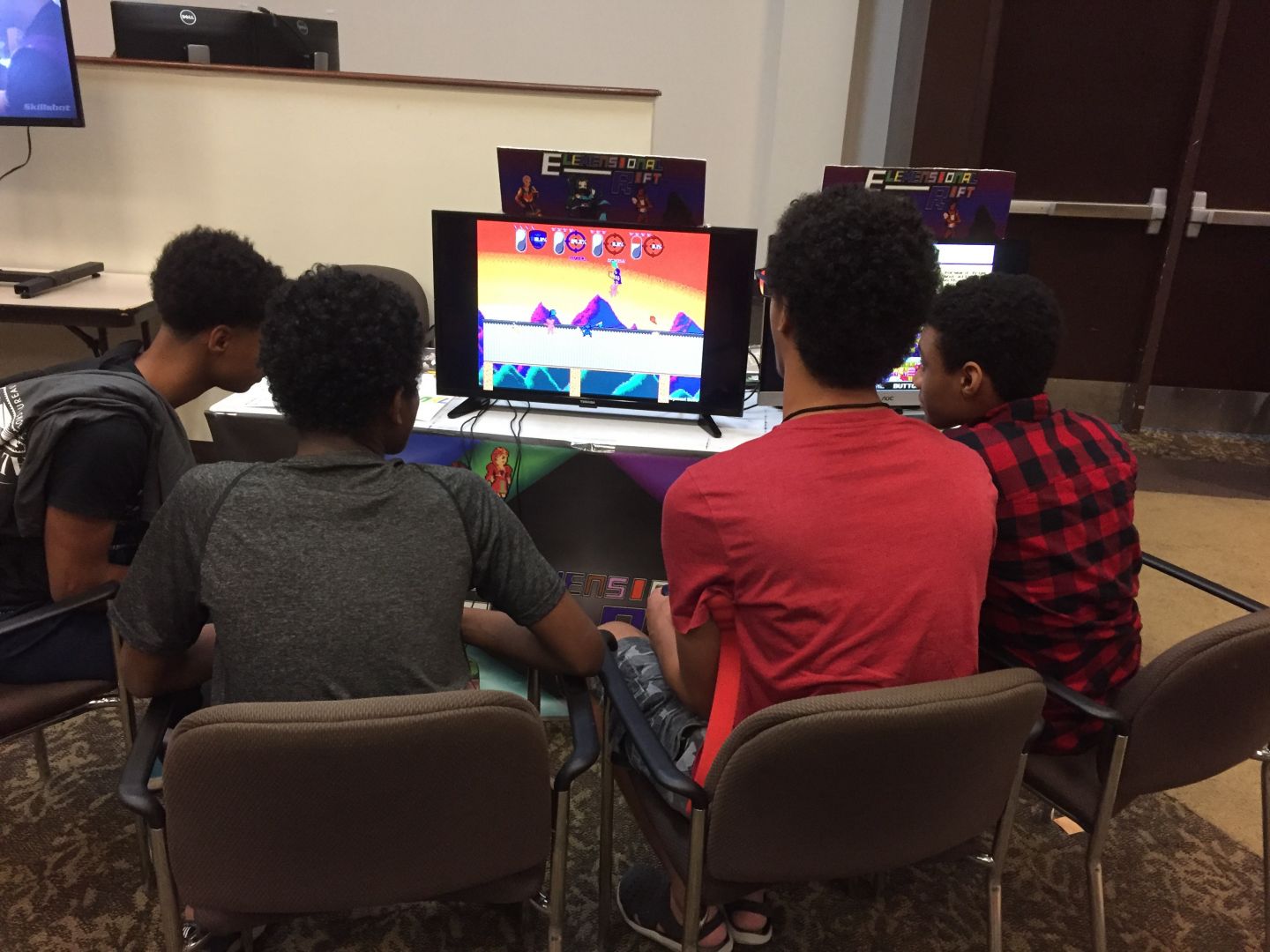 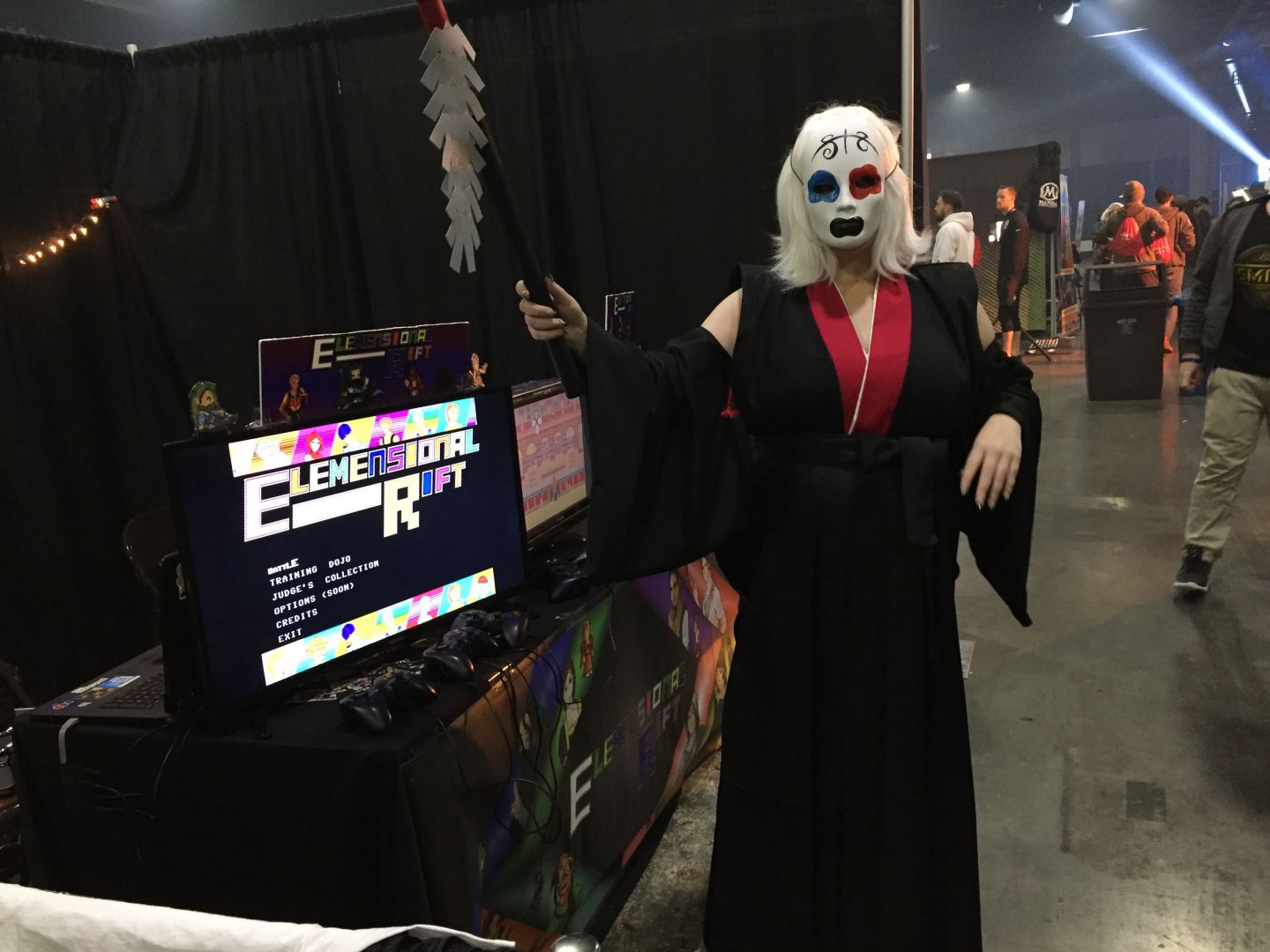 The Shoutout series is all about recognizing that our success and where we are in life is at least somewhat thanks to the efforts, support, mentorship, love and encouragement of others. So is there someone that you want to dedicate your shoutout to?
I am very focused on the contacts and community that stands by me through the thick and thin, and have even put more effort than before to ensure they are recognized directly. A part of why I have chosen to work on Elemensional Rift currently was because it made it very easy and natural to give small cameos and recognition without it feeling forced or heavy-handed. Such an example is one of the leading characters who gets a very large role is an original character that brings a lot of unique battle quirks and an extremely unique combat style was based around a former girlfriend of mine. The story allowed for me to provide a natural guest appearance for one of the promotional artist’s characters. The biggest supporters of my IndieGoGo campaign were given guest appearances in crucial roles of the story. Even the heat of combat allows for various brief appearances of many unique, closely regarded influencers to make a brief appearance while uniquely expressing themselves with temporary effects on battle to keep gameplay lively and like no other. 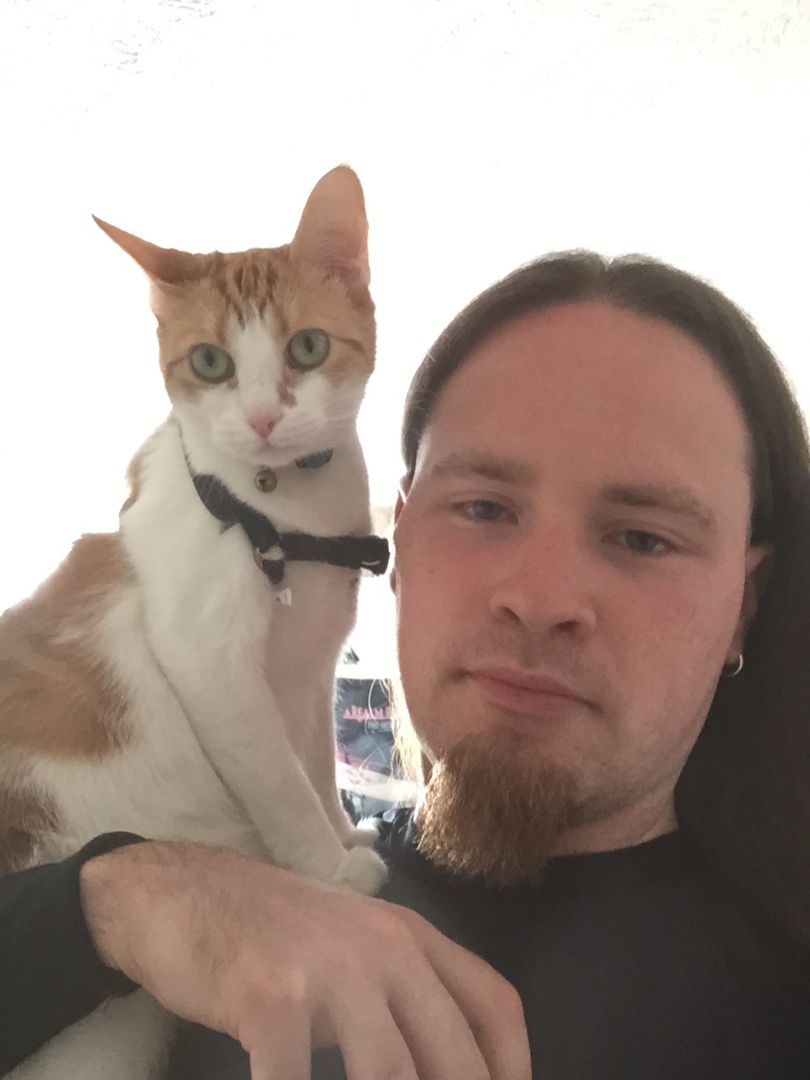