We had the good fortune of connecting with Nick Pantano and we’ve shared our conversation below.

Hi Nick, we’d love to hear more about how you thought about starting your own business?

If I truly wanted to be able to do what I loved to do for the rest of my life, I had no choice. Ever since I was in high school I always thought about starting my own business. When I was younger the thought was, “Well if my band doesn’t make it I will open a music venue.” After carefully exploring that idea with my mentor and speaking with friends who worked at venues in Atlanta, I realized that the life that came with that was not something I wanted. After the band broke up, I decided the first step to keeping the guitar in my hands as a way to make a living was to go to school and take the professional musician path. I knew at the very least it would lead me to teaching private lessons. I took private lessons from 13-18 and loved it. I had multiple teachers through the years and all of my instructors were amazing. I knew that teaching lessons was something I would enjoy. After talking with some of my teachers at AIMM where I went to school and friends who were already teaching part time, I was confident that it was a path I could take and build a stable future for myself. I did well enough in school to land a job at a store in Alpharetta that at the time, was the fastest growing music store in metro Atlanta. I thought I had arrived! This company was everything I dreamed of and more. I even ended up going beyond just teaching private guitar lessons and became the assistant director of their rockband program spanning across multiple locations. After about 4 years, things took a negative turn. The company started a rapid decline and by the beginning of my last year working for them, I was making less money than when I started. The ship was sinking. At this point, I was head over heels in love with teaching music and especially teaching in the rockband program. These things are what I was put on the planet to do. But as much as I loved where I worked, I knew my bills were going to grow as I entered real life adulthood. It became clear that if I wanted to secure my future of teaching music I would have to go out on my own. I knew I could never rely on other people leading the way again. I reached out to my landlord at The Goat Farm Arts Center, Anthony Harper, about a small studio space across from my loft and he agreed to rent me the studio. 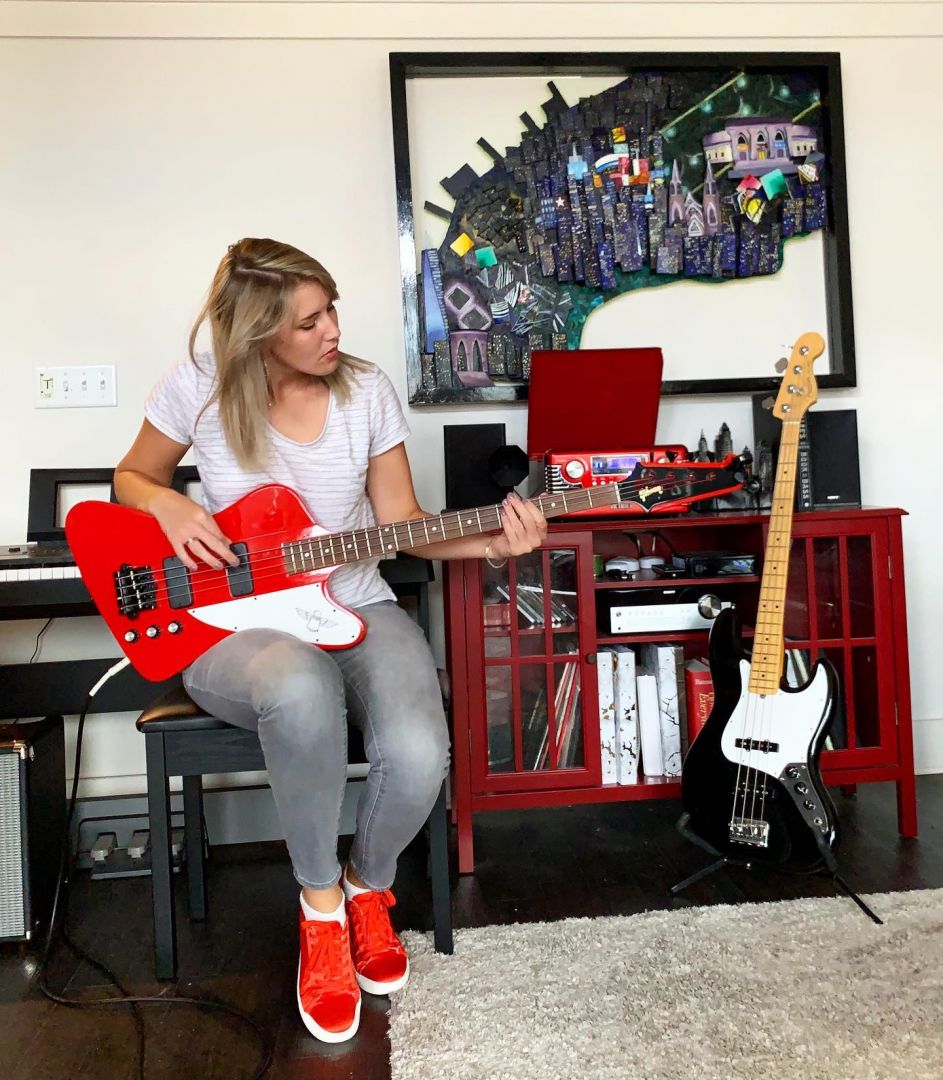 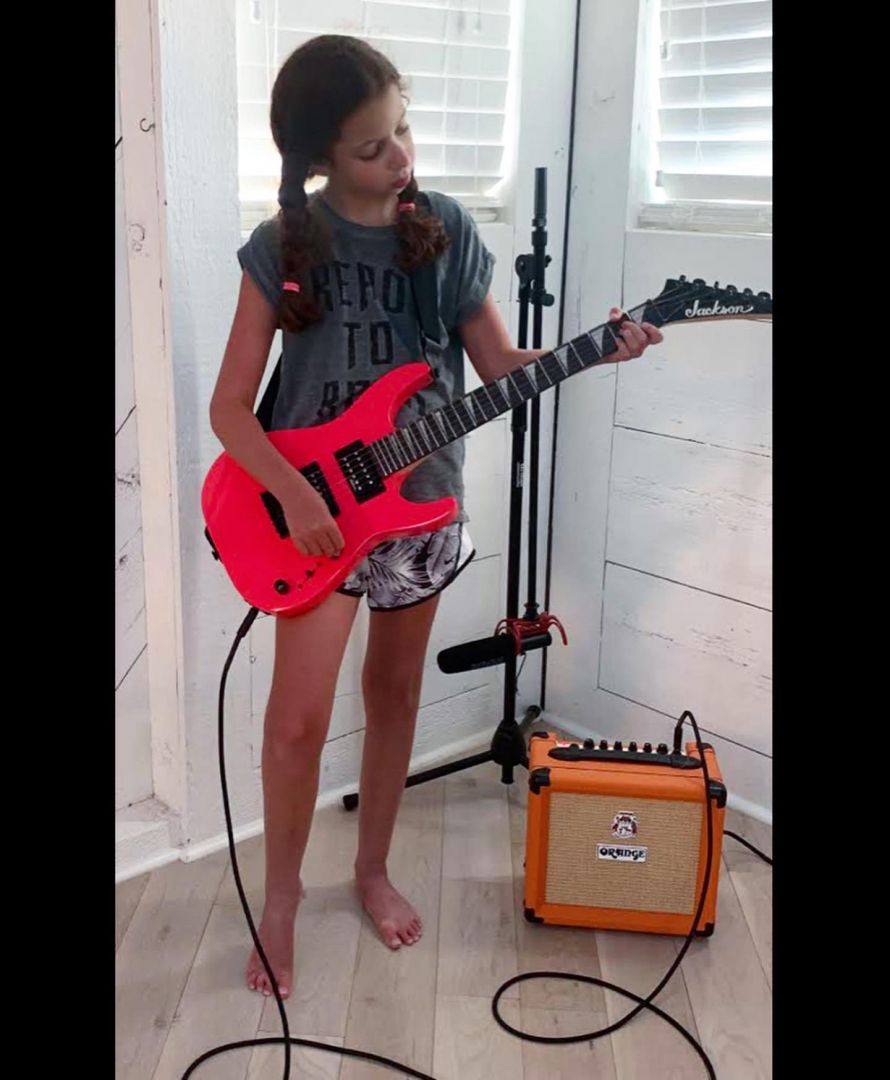 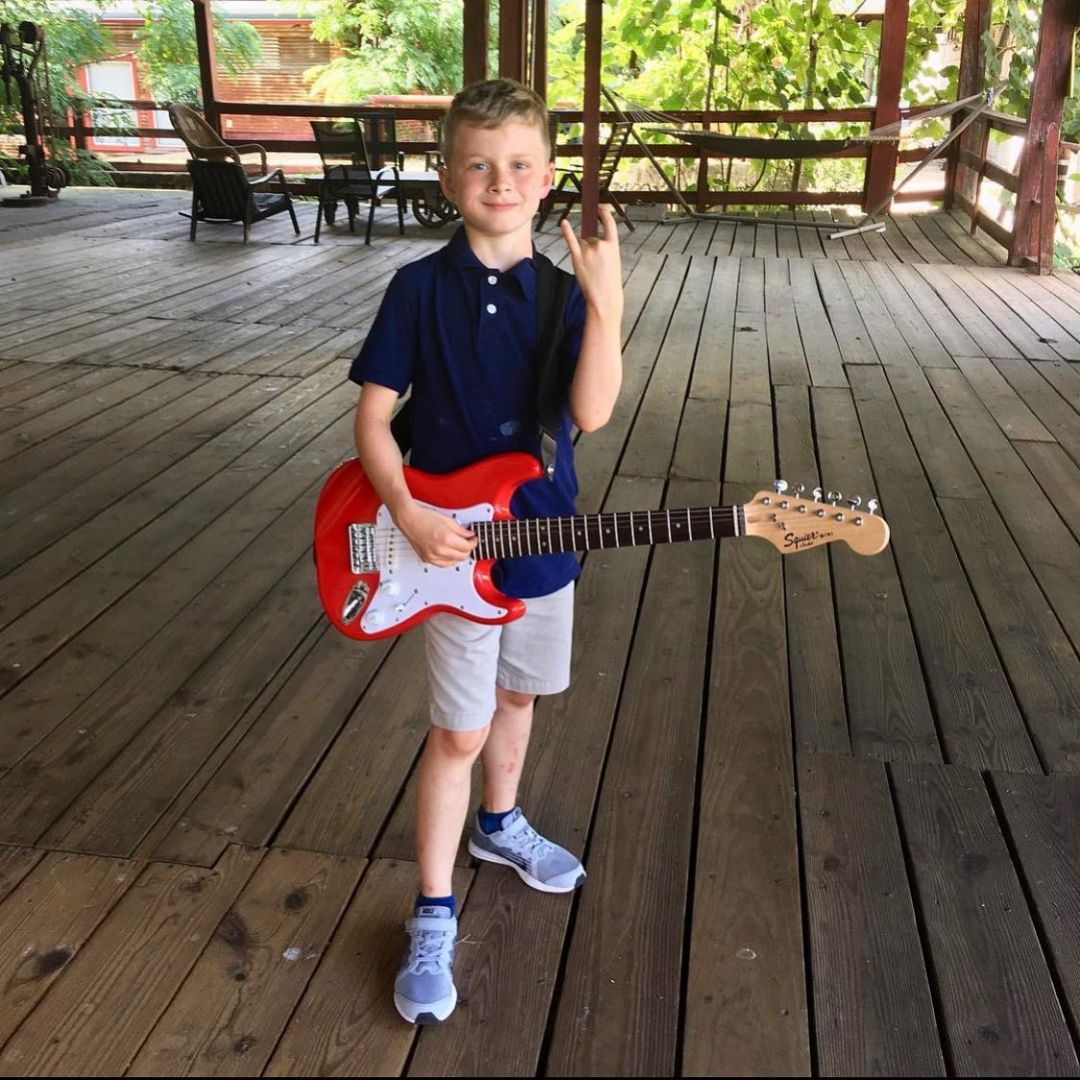 Alright, so for those in our community who might not be familiar with your business, can you tell us more?
Sound Space is a music lesson studio that is truly welcoming to students of all ages and really actually focused on fun being the top priority. We currently offer private lessons for guitar, bass and piano. We also offer rockband program for kids on Fridays. When I started talking about opening my own lesson studio, the reaction from most people was, “Oh, a place for kids?!” That drove me nuts. For far too long it seems that has been the assumption. Kids go to take music lessons in-person from someone and adults are banished to the internet left to struggle with an endless sea of YouTube videos and sort through Reddit to answer specific questions. Don’t get me wrong, we have plenty of kids on the roster and a budding rockband program exclusively for kids. But we have created a place where adults feel just as welcome as the kids. We even get the occasional parent+kid duo that take back-to-back lessons or sometimes choose to combine lessons and share their time. I often tell the parents instead of asking your kid to play for you, ask them to play with you. I can’t say it has been easy to get to where we are right now but it hasn’t been super tough either. I am a big believer in the idea of do what you love and the money will follow. I didn’t take any loans to start out. We only grow as much as we can organically. We keep things pretty simple here and especially since the pandemic hit that has turned out to be the right path for Sound Space. I am lucky to have a lot of amazing people around me to help when things get tough and mentors that set the right expectations for me before I started. Nothing worthwhile comes easily or quickly. The hardest part is the patience. I am trying to build this place with as little compromise as possible and I have zero interest in building a business empire. There will only ever be one Sound Space. We have been at it for a little over 6 years and we’re still very small. I have some big dreams for what I want Sound Space to become, but more importantly is that I achieve what I set out to do. Big or small, I am trying to get more people to experience all the fun that I have had playing music over the years. You don’t have to “make it big” for music to be fun! At the end of the day, that’s what we’re selling. The information is all out there on the internet for free. We’re selling a good time. We’re selling joy.

If you had a friend visiting you, what are some of the local spots you’d want to take them around to?

I always recommend Muss & Turner’s to anyone who hasn’t been there before and Local Three. I love digging through vinyl at Wax n Facts or running over to Criminal Records to pick up a fancy new record, comic or collectible. I love hanging out on the Beltline on sunny days and maybe popping into Ponce City Market for a bite and a drink at any of the amazing spots in that place. If we’re talking music, then it’s catching a show at any of our local independent venues, The Masquerade, The Earl, 529, The Goat Farm Arts Center, etc. Or maybe venturing out OTP to The Velvet Note to catch some of my instructors from AIMM. Our city has so many incredible things to do, but for me, those are just things to do in between eating great meals. When we have friends in from out of town, that’s literally how I plan things. We pick the restaurants first, then plan things to do based on what is close to those restaurants. After dinner, it’s catching local bands or when the stars align a touring headliner or a festival. 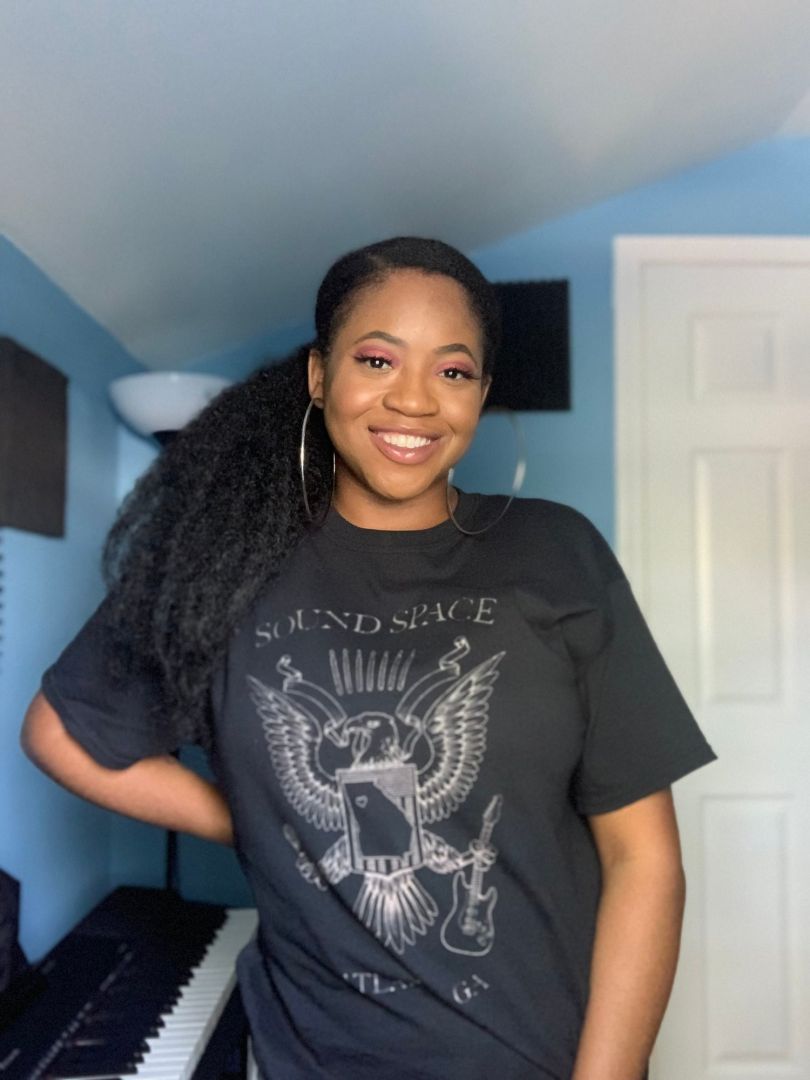 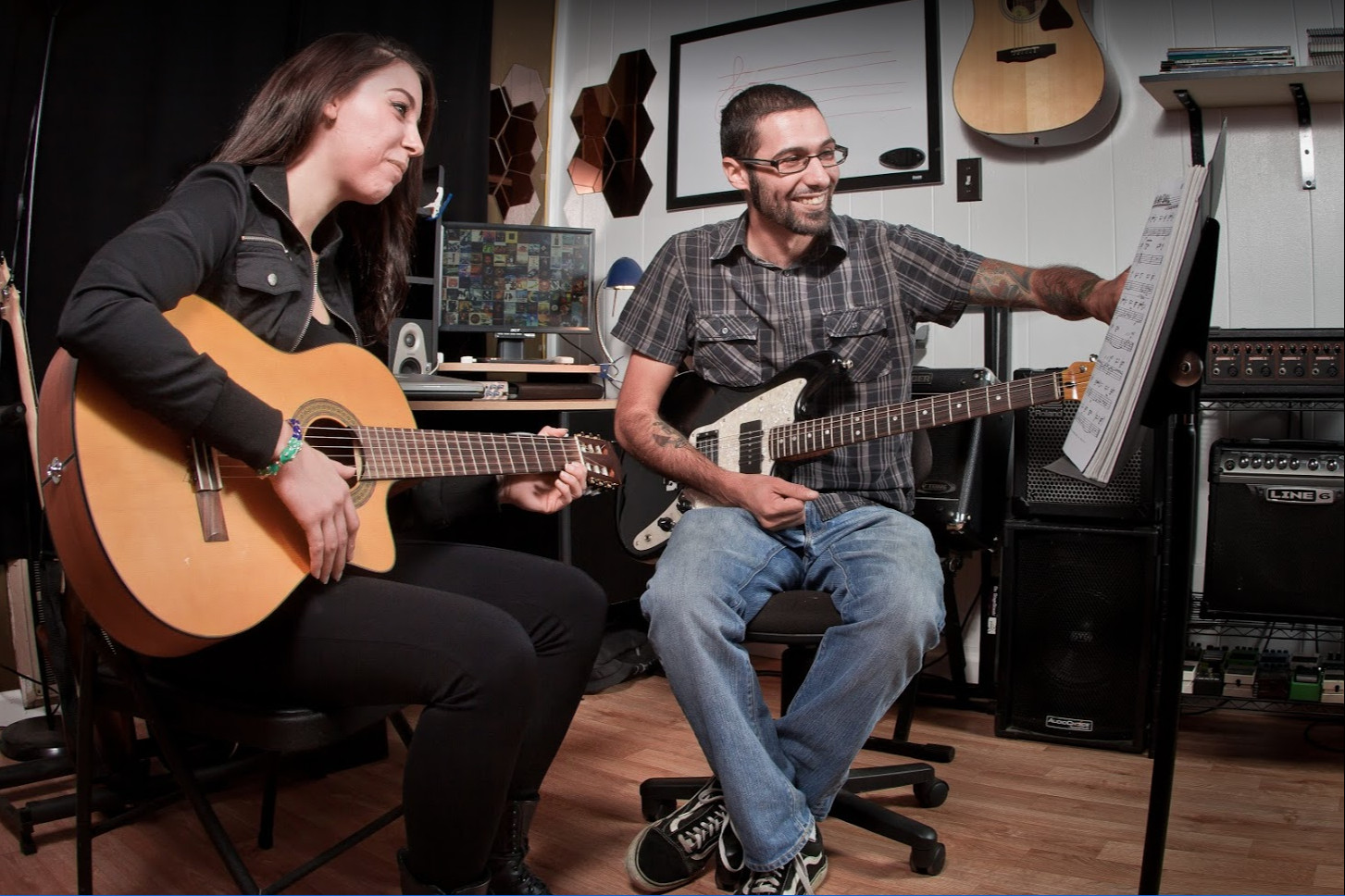 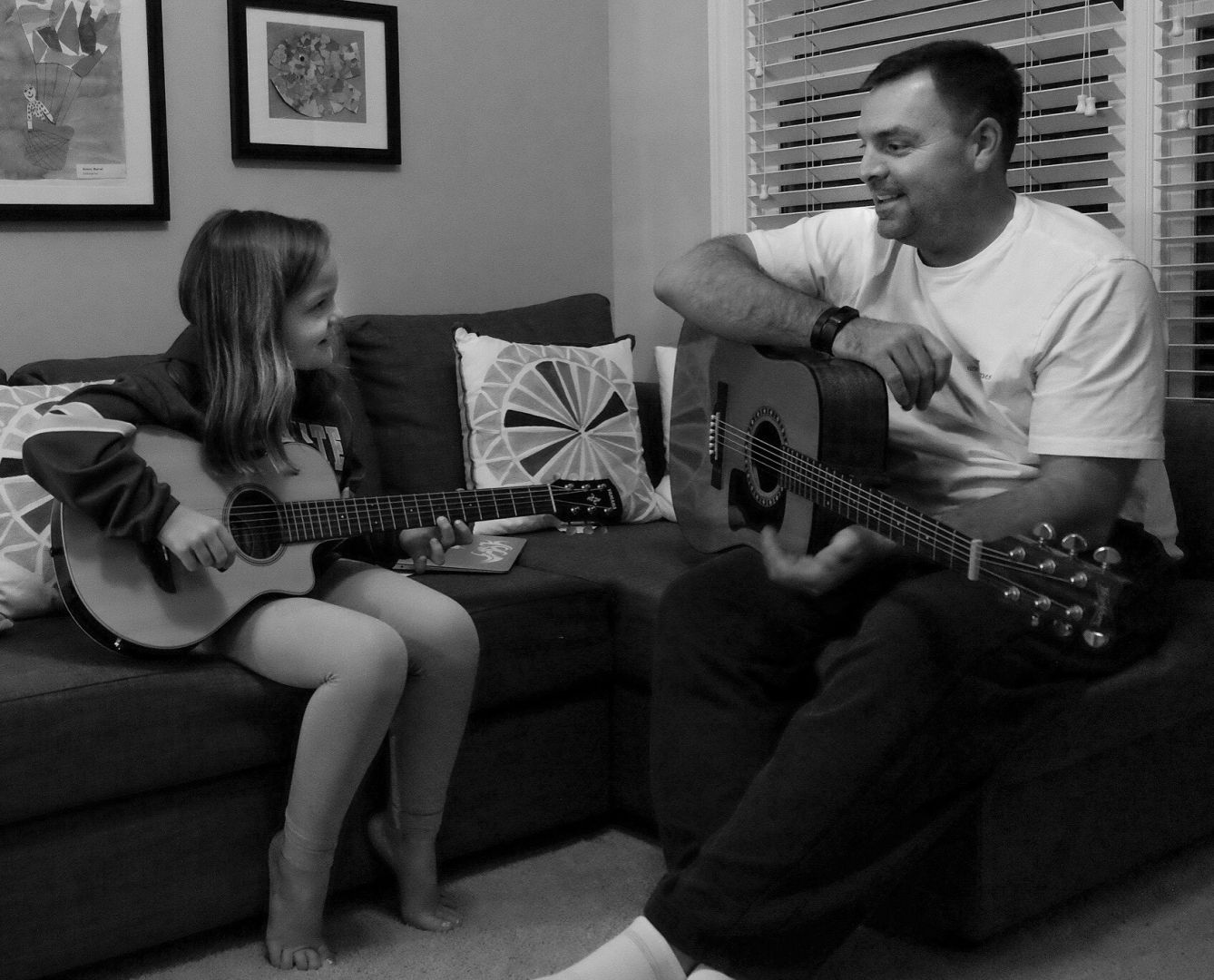 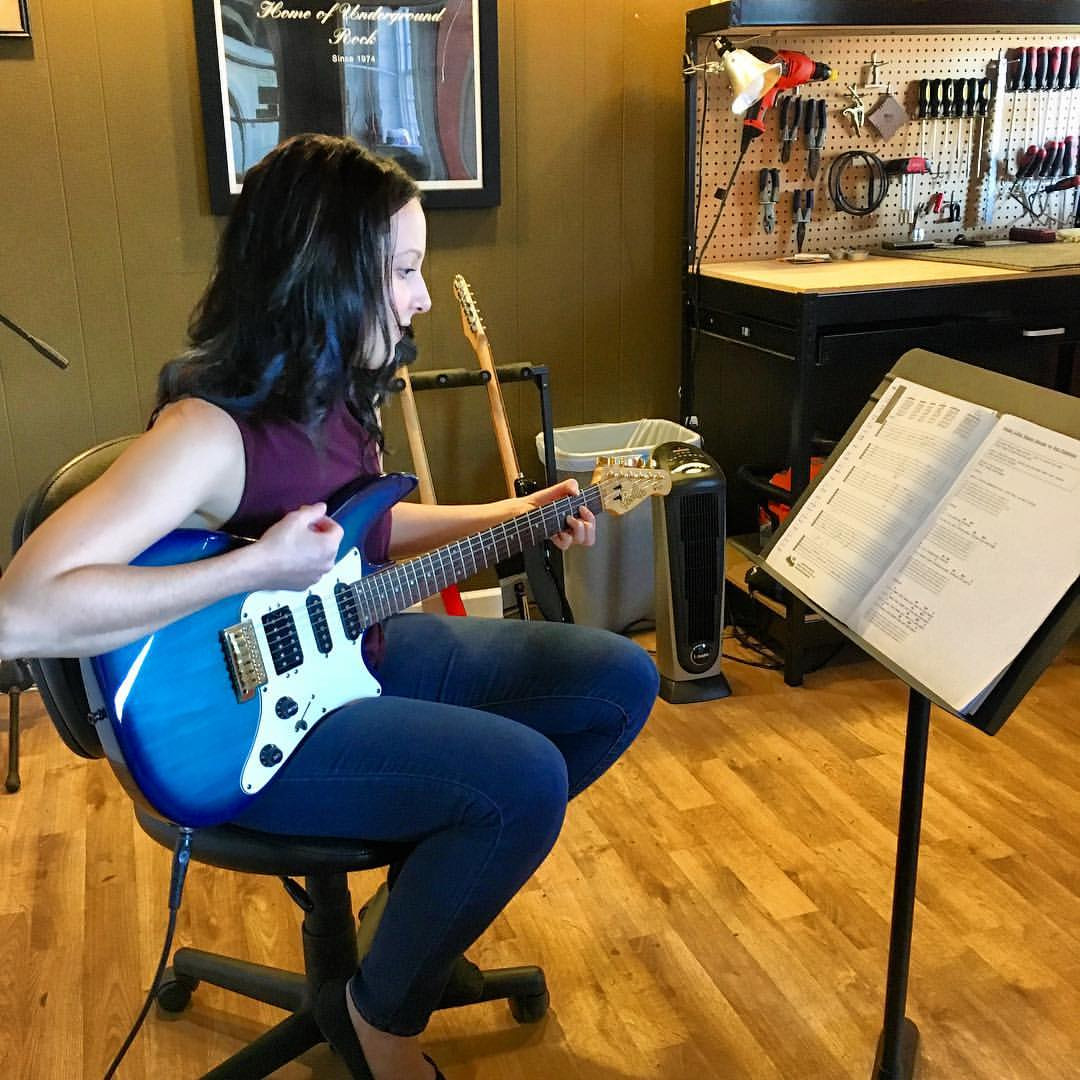 Oh man. There are so many people that are a part of my path to Sound Space. First off, Santiago Vanegas for recommending me for this article. I have very supportive, loving and encouraging parents. The staff and my instructors from The Atlanta Institute of Music and Media that helped me survive the program — Nite Driscoll, Chris Fragle, Carl Culpepper, Randy Hoexter, Trey Wright, Bill Heart, Rob Schuman and Steve Rieck. But the biggest credit really goes to Ryan Turner, Todd Mussman and Chris Hall. They own a restaurant group called Unsukay. The group consists of four restaurant concepts: Muss & Turner’s, Eleanor’s, Local Three and MTH Pizza. When I was 19, I was looking for a new job and a friend recommended me to this “little deli” in Smyrna his friends had just opened. That little deli ended up being Muss & Turner’s. Chris Hall had not come into the picture yet when I first started there. I spent the first two or three years working right alongside Ryan and Todd. I knew nothing about food, or anything really, but I could tell that these were good people and I was willing to follow their lead. I was constantly asking questions out of pure curiosity and feeding off their passion. The first thing they did worth mentioning was to put up with me. I was a 19-year-old punk rock musician and I was a BRAT. I pushed a lot of boundaries and they had so so much patience with me. Todd was always teaching while we were working and keeping me honest. If I stepped out of line, he was there to correct it. Always with love and care but he is a chef through and through. So when it was time to work, there was no messing around. I got so much of my “embrace the suck and get it done” knowledge from Todd. Ryan is the business dude and my most direct mentor. Ryan was then and still is always trying to help everyone in every way he can. But for some reason, I will never know why he took a real interest in me. Ryan would stay late with me after the restaurant closed regularly. Sometimes because I screwed up, sometimes because I was confused, sometimes just because we were on a roll in a discussion about life. He gave me a copy of “Think and Grow Rich” by Napoleon Hill and just said, “I think you’ll like this.” That book blew my mind and after that I think Ryan knew I was on board. He did everything he could to teach me as much as possible about business and life every single day. A few years in, Chris Hall came into the mix as a partner with Ryan and Todd. Chris spent most of his time at the restaurant he came on to open, Local Three. But every time I saw him, he did what he could to help me, showing me things about food and life and offering a different perspective than Ryan and Todd. I don’t know much, but anything I do know is because of those three dudes. I truly don’t know where my life would be without them and I will never be able to pay them back for the guidance they gave me over the 10 years I worked there.

Image Credits
Photo(s) of me teaching are by Michael Mussman