We had the good fortune of connecting with Marlan Yoder and we’ve shared our conversation below.

Hi Marlan, can you share a quote or affirmation with us?
Sister Wendy, a nun from Canada, who felt called by God to study and discuss paintings, made a comment on PBS in 1997 that radically changed the way I approached my art.

She said, “Never listen to what an artist says his work is about because he doesn’t know.”

At first I laughed, thinking it a strange thing to say. but then I gave it some serious thought. A few days later a client made a comment about the meaning of one of my paintings. He saw something I’d never seen, then I noticed a pattern in some of my other pieces that were similar. That’s when the light went on. Suddenly, I realized that I no longer had to concern myself with the meaning of my work or exactly how it would turn out. From that day forward I stopped trying to come up with ideas. After all, my ideas were rather average. I began a new process wherein I wait for a download, if you will. It can come from anywhere; a billboard, a passing train with graffiti on it, something someone says in a commercial or a line from a movie, or the still quiet voice of God. Something from outside of me sparks a thought that becomes an idea. On that Saturday afternoon in 1997, Sister Wendy changed my life. 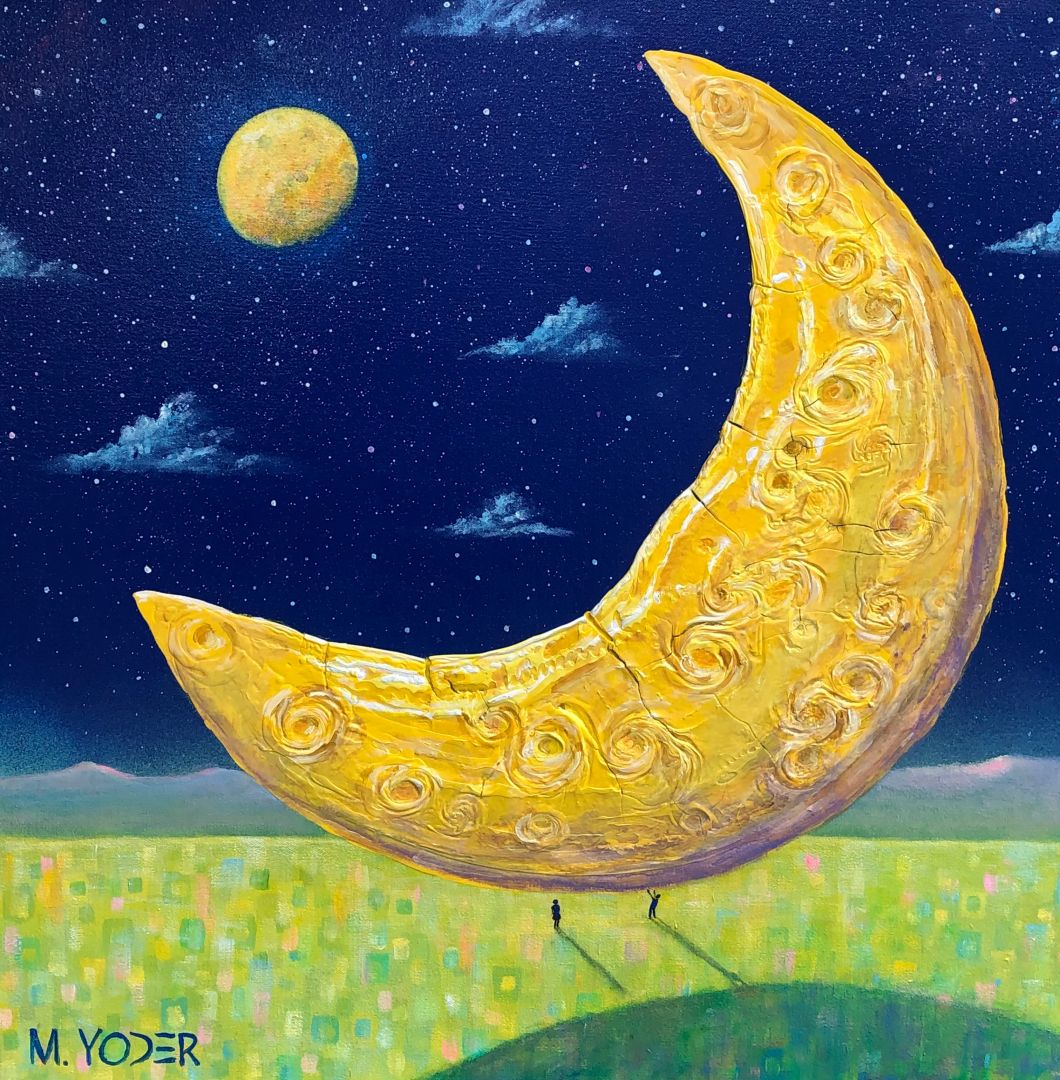 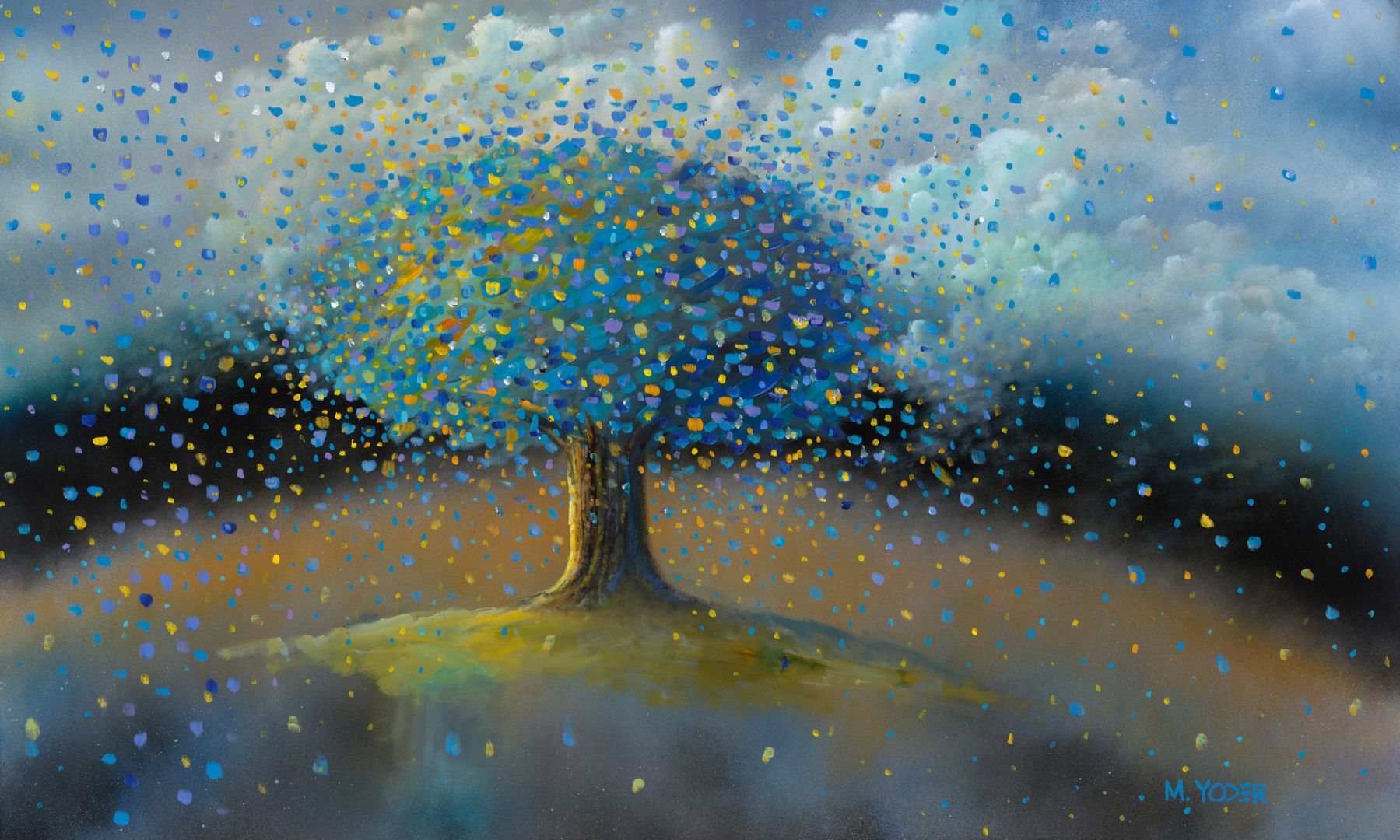 Can you open up a bit about your work and career? We’re big fans and we’d love for our community to learn more about your work.
I knew from a young age I was an artist. In the summer of 1968 at age 14, I painted a portrait of Paul McCartney. It was my first painting. Lacking confidence and having no clue how to make a living as a painter, I opted for the easier career route. I loved the Bewitched TV series as a younger kid and thought the husband, Darren had a cool job. Thus, I decided to go into Advertising but was never fulfilled creatively. I averaged 2 or 3 paintings a year for next 20 years and became frustrated. In 1992, Cheryl and I moved with our four sons to Woodstock, Georgia, a northern suburb of Atlanta. I pursued my art career and Cheryl went into the corporate world. My goal was to manage a custom frame shop/art gallery and eventually become a fulltime painter. Having owned a successful Ad Agency, I had the art management experience but not the retail management experience needed. It was time to reinvent myself, thus I became a sales associate at Sunglass Hut making $6 an hour until being promoted to manager. Within two years I was hired as manager at the Buckhead B.A. Framer frame shop/gallery and the rest is history. In 2006 I opened Yoder Gallery that included large corporate clients like Time Warner, CNN and Career Sports among others. In 2011 I finally began painting fulltime. The Tree of Life has been my most common subject matter since 2008. As mentioned before concerning my process, I didn’t come up with the idea; it came to me. The Tree of life is a universal theme appealing to the masses. Many of the paintings have words like Joy, Hope and Love in the titles. Sometimes people are moved to tears. Art is powerful, having a spiritual connection that resonates with the soul. I am currently showing my work at Tranquility Fine Arts gallery in Woodstock. I also have more than 70 paintings at His Hands Church in Woodstock. My journey was much more complicated and difficult than I could possibly share in a few paragraphs. What I’ve learned along the way is there is no replacement for hard work, to treat people well, and give all the glory to God. 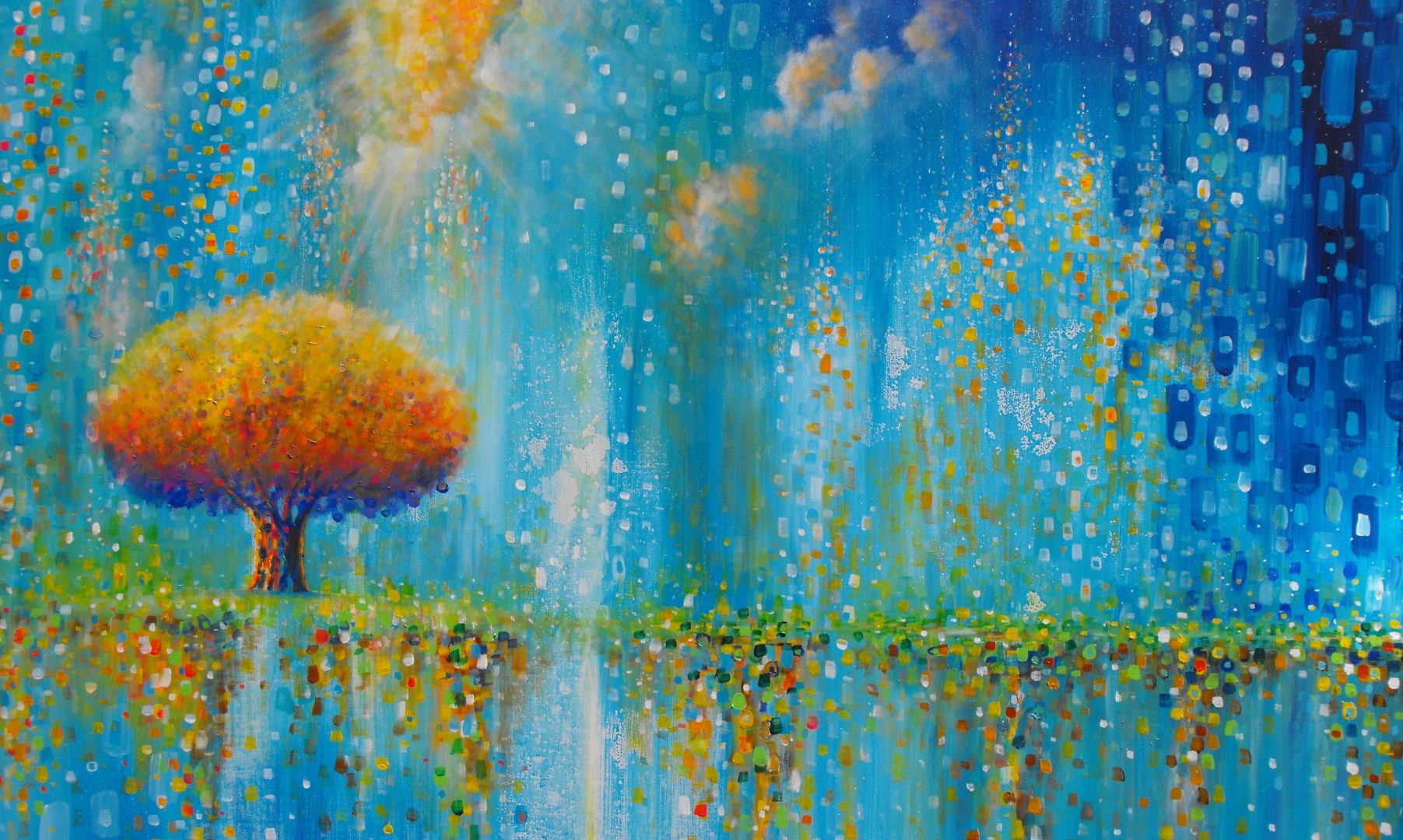 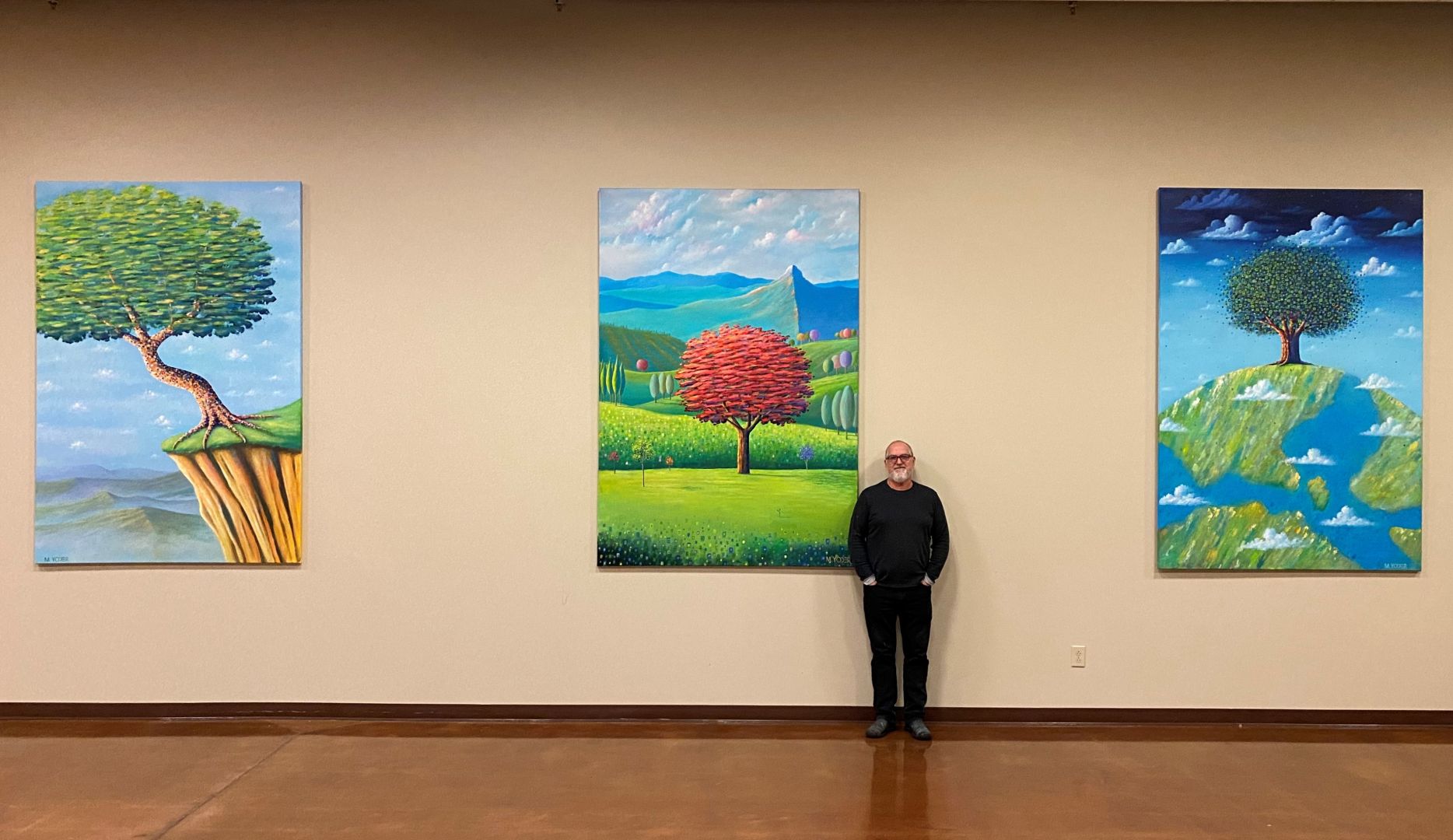 If you had a friend visiting you, what are some of the local spots you’d want to take them around to?
Our sons live in the Little Five Points area so we go there a lot. Porters and the Wrecking Bar Brewpub are regular spots. Our son, Jackson works for Mailchimp which has offices at Ponce City Market, so we frequent restaurants and shops there as well. The Fox Theater, Variety Playhouse and The Earl are our go to places for great concerts and local bands. Although it’s a bit on the touristy side, we do love the Varsity for a change of pace. The High Museum has great shows on occasion so I highly recommend a visit. 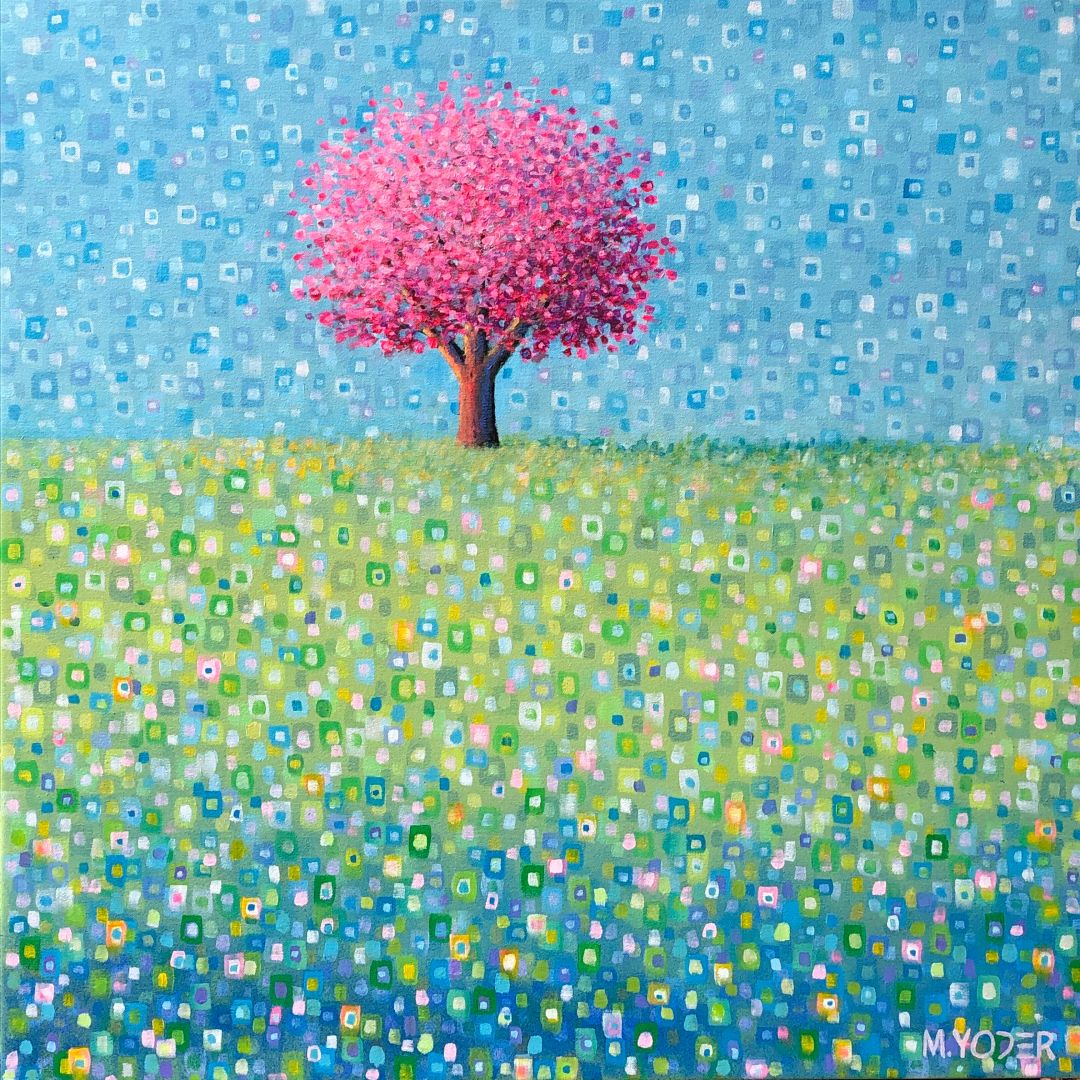 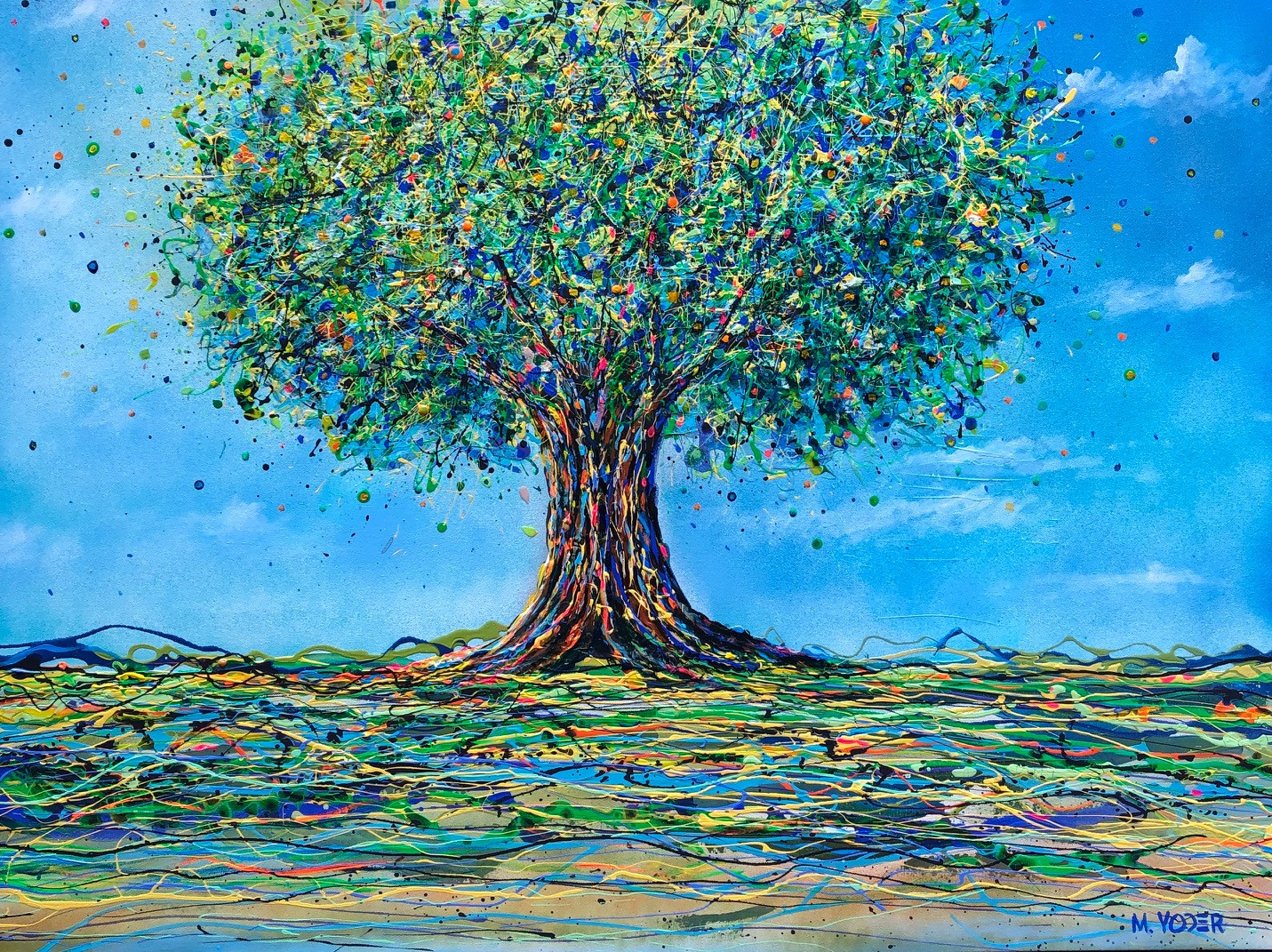 The Shoutout series is all about recognizing that our success and where we are in life is at least somewhat thanks to the efforts, support, mentorship, love and encouragement of others. So is there someone that you want to dedicate your shoutout to?
Gary Miller, from Kent, Ohio was the greatest artist I have personally known. He was a painter, sculptor and welder. Gary wasn’t just good at those things, he was incredibly talented. He was quiet, humble, kind and funny. He unwittingly became my mentor. Gary didn’t actually teach me anything specifically as an artist, he just simply rubbed off on me. If he taught me anything, it was priorities; God, my wife and kids, then my art. After that, everything else. Pablo Picasso is considered by many to be the greatest artist of all time. He may have been but he was also a horrible husband and father, and a lousy friend. I’d like to believe your family doesn’t have to be sacrificed in order to do your best work. Gary Miller influenced me more than anyone when it came to finding the balance between my family, friends and my work.

I would be remiss not to mention Cheryl, my wife of forty years. She is my everything. I literally couldn’t do what I do without her. Artists are known for not being easy to live with and I’m no exception. Her love and patience are epic. 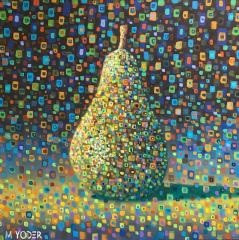