We had the good fortune of connecting with Markeshia Gorden Hines and we’ve shared our conversation below.

Hi Markeshia, we’d love to hear about how you approach risk and risk-taking
Outside of my relationship with God, risk-taking has been a key component to success in my career and life. Every faith move I’ve made was risky logically but paid off substantially over time.

Quitting my high-paying job with benefits to work as a full time creative took faith and confidence to bet on myself and fully walk out my journey. It takes a risk to go against the grain, follow your instincts, and go on a journey to realizing your dreams with no blueprint in unfamiliar territory.

I think in order to succeed at anything phenomenal, you must take risks. If you’re afraid to take a risk, you’re afraid to be great. Greatness isn’t achieved through fear. Risk takes courage. Courage develops through confidence. My confidence is in God. I know that faith is the substance of things hoped for, the evidence of things not seen. Therefore, I believe this quote: Jump and the net will appear. 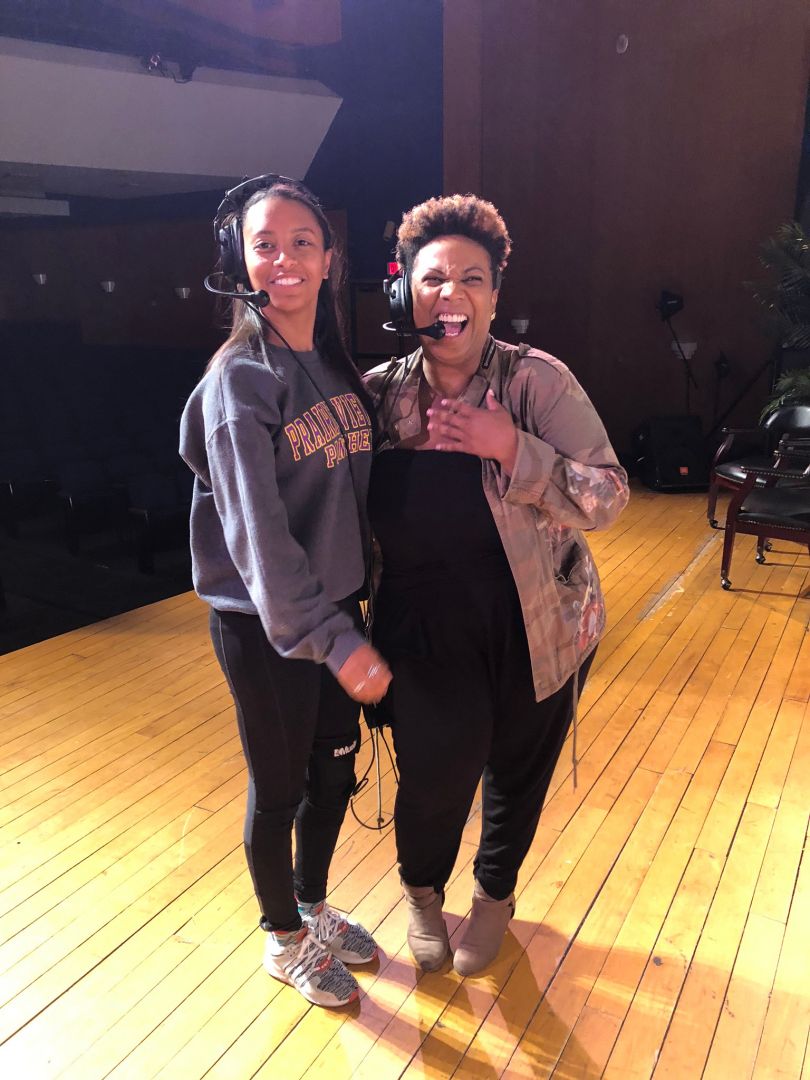 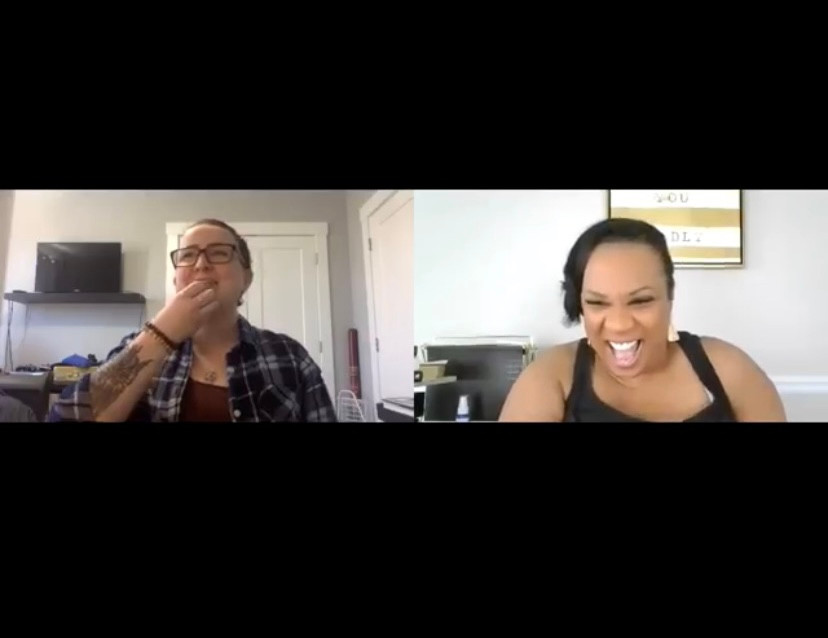 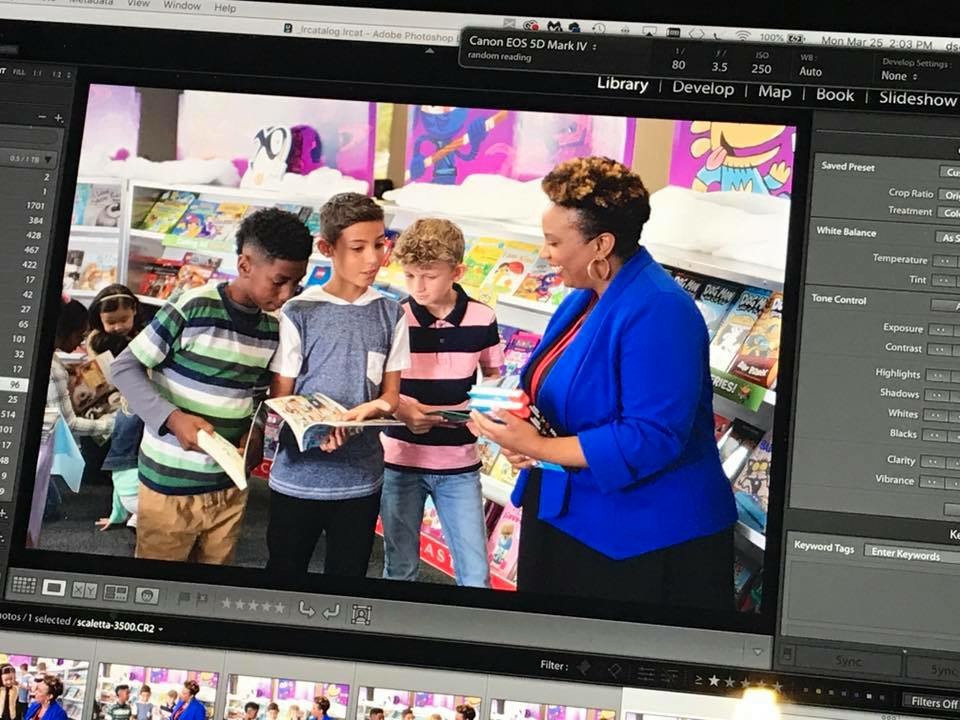 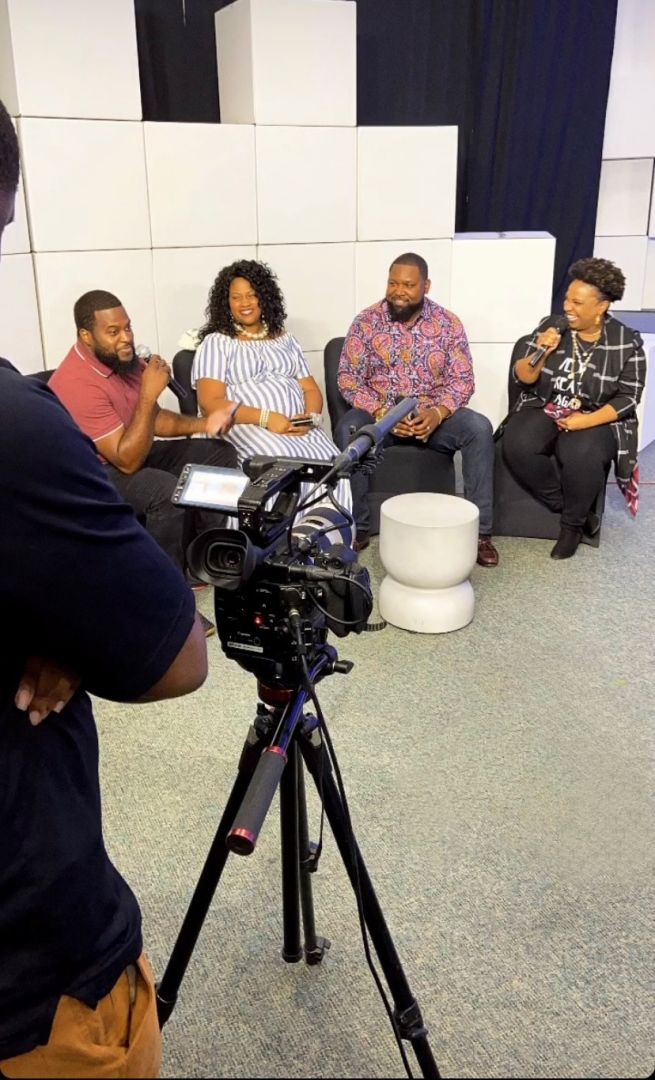 Can you open up a bit about your work and career? We’re big fans and we’d love for our community to learn more about your work.
I’m an actress, acting coach, writer, producer, and director. It’s not the multi-hyphenation that sets me apart, yet it’s my story. I started out very insecure with little to no confidence. I didn’t know my value or purpose. I looked for my affirmation in other people and I was a people-pleaser.

One day at church after hearing a powerful message, I walked to the altar to cry out and lay down every worry, insecurity, and doubt. It was just me and God. Everyone else disappeared. That day, that moment changed my life forever.

I began to find my identity in Christ. My confidence sky-rocketed, my purpose was revealed, and I learned my value as a woman, as an artist. I began to develop and blossom into the woman He called me to be.

I earned my BA in Theater from Florida A&M University (FAMU) and my MFA in Acting for Film from New York Film Academy (NYFA) in Los Angeles. I began to walk boldly in my gifts and talents and more were added or revealed as I put in the work.

As an actor, I’ve performed in regional commercials including for Disney and Travel Channel, countless industrials, voiceover work, hosting jobs, and a plethora of theater performances. In addition to small roles in Tyler Perry’s Acrimony, Footage Film’s Til Death Do Us Part, HBO’s Recount, and several of my own productions. I wrote and starred in my original short film, “Walking in Your Shoes” that’s now steaming on-demand on ROKU TV and receiving multiple film festival nods and now a Finalist in the London Short Series Festival.

As an acting coach, I infuse confidence -building in my work and have helped over 200 actors kickstart their acting career by providing tools, resources, experience and knowledge to start a thriving career in acting. I specialize in helping new actors get started.

Ultimately, I got where I am by knowing who I am, surrounding myself with people who dream big and are like-minded, betting on myself, and walking confidently, fearlessly, and apologetically toward realizing my dreams.

I serve as the CEO of Markeshia Media and Productions where we create content and provide premiere entertainment coaching services both online and in-person. I’m also the Founder and President of the nonprofit, 501(c)3 film and theater production organization, MLG Productions. Our nonprofit focuses on turning dreams to reality through training, resources, exposure and support. Giving back is key.

Through my journey, I’ve learned that there is enough success for everybody, some people are merely threatened by your confidence in God and yourself, and I can do anything if I believe I can.

I’m most proud of the emerging actors and dreamers I’ve helped and inspired along the way. I’m super excited about creating a bigger platform to help more artists, and work and make money with Will Packer, Tyler Perry and Oprah Winfrey.

I want the world to know I was here. I am an artist that gives back as I share my gifts/my talents. My experiences are to help the next creative so I will send the elevator back down to bring another one up.

My goal isn’t to infiltrate the industry. It’s to build my own table and invite others to dinner.

We’d grab brunch at Poor Calvin’s before visiting Six Flags for some fun. JJ’s Fish and Chicken will be dinner on Friday and J.R. Cricket’s on Saturday. after having a blast at Stars and Strikes. Then, we’ll take a good ole’ nap. Lol. 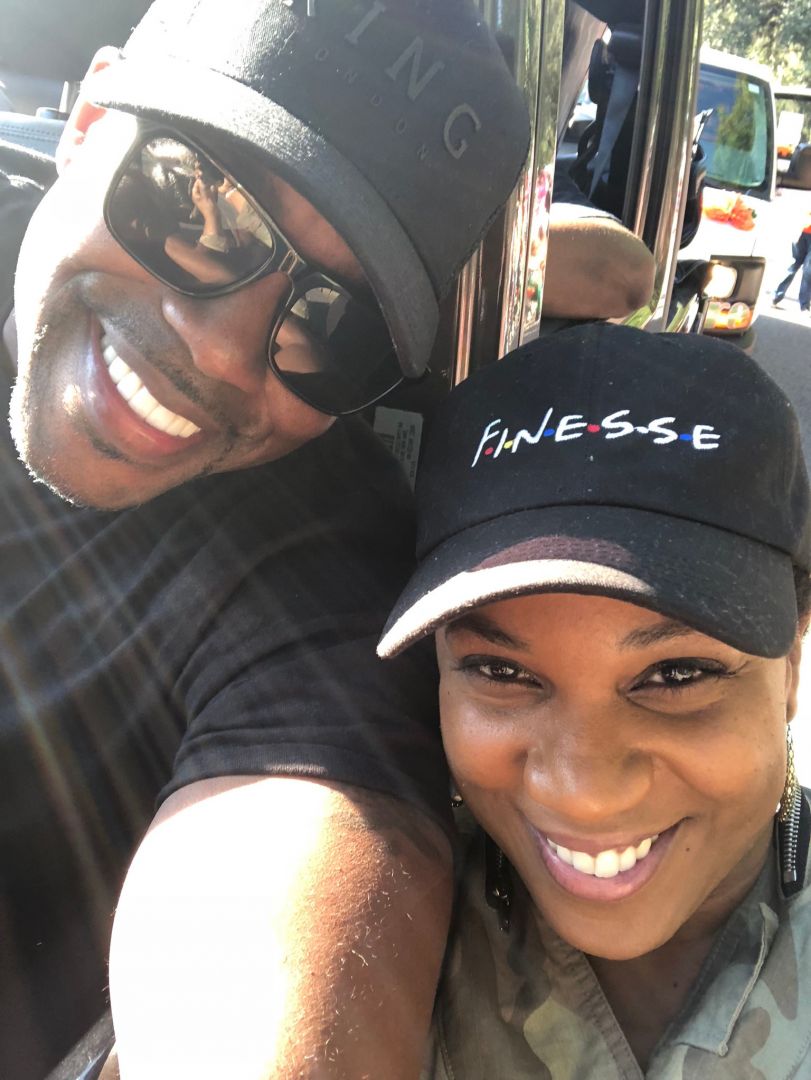 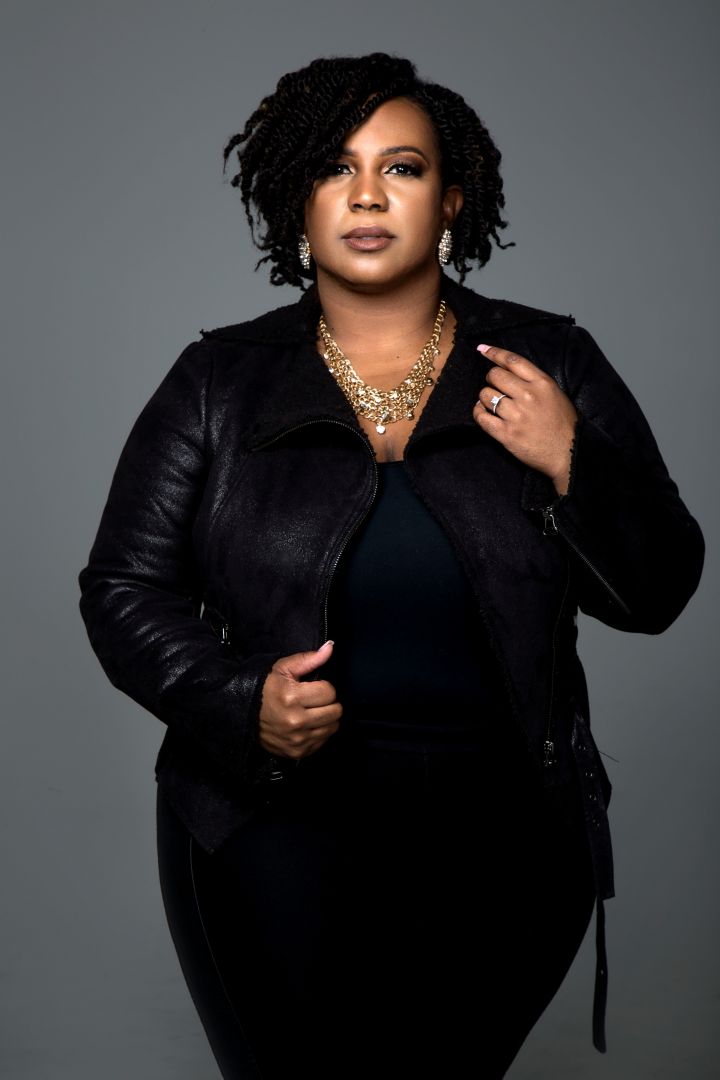 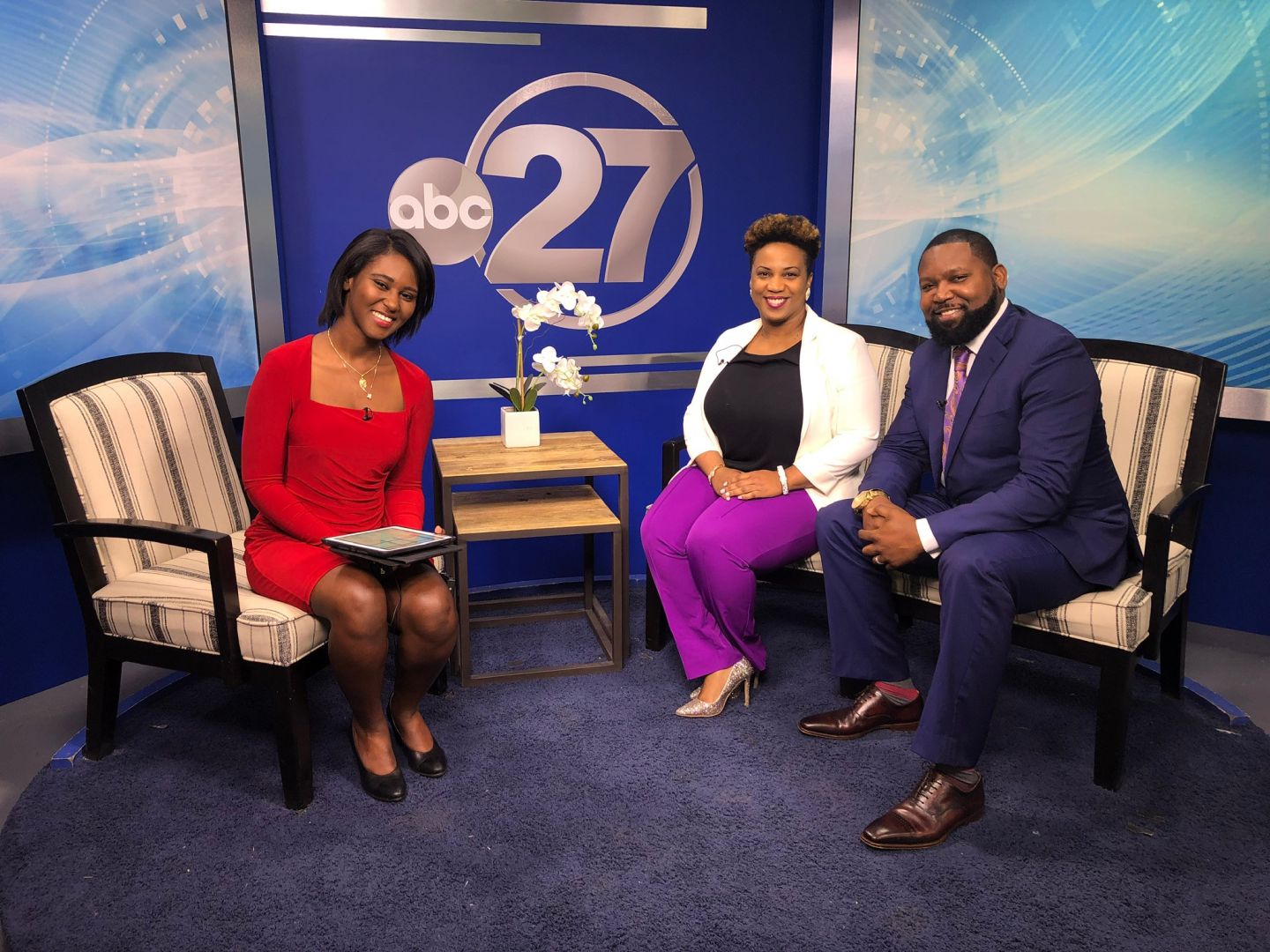 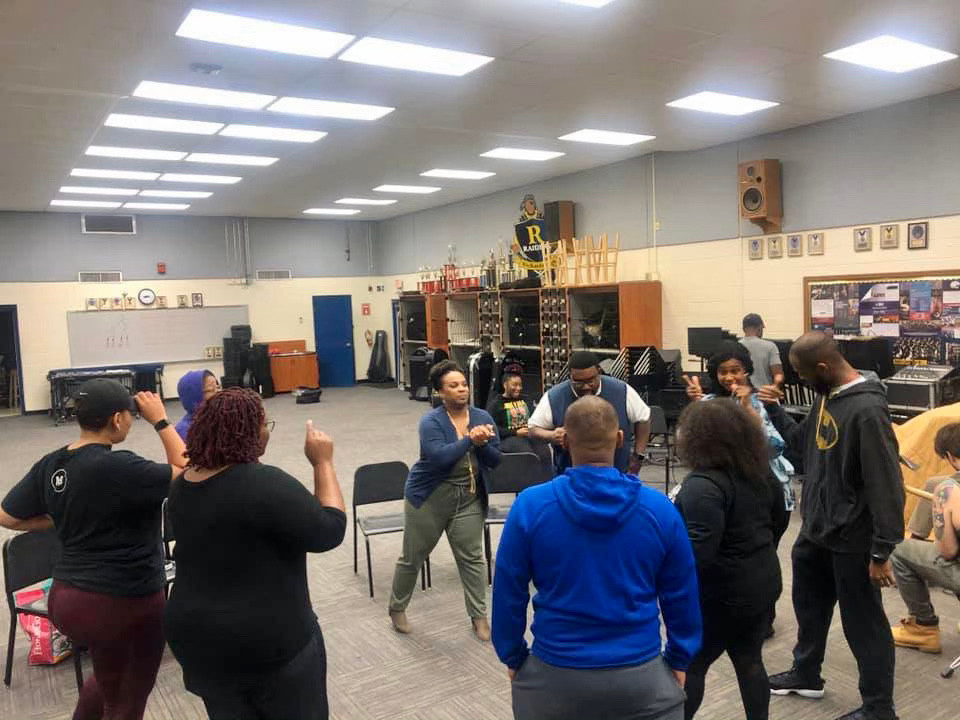 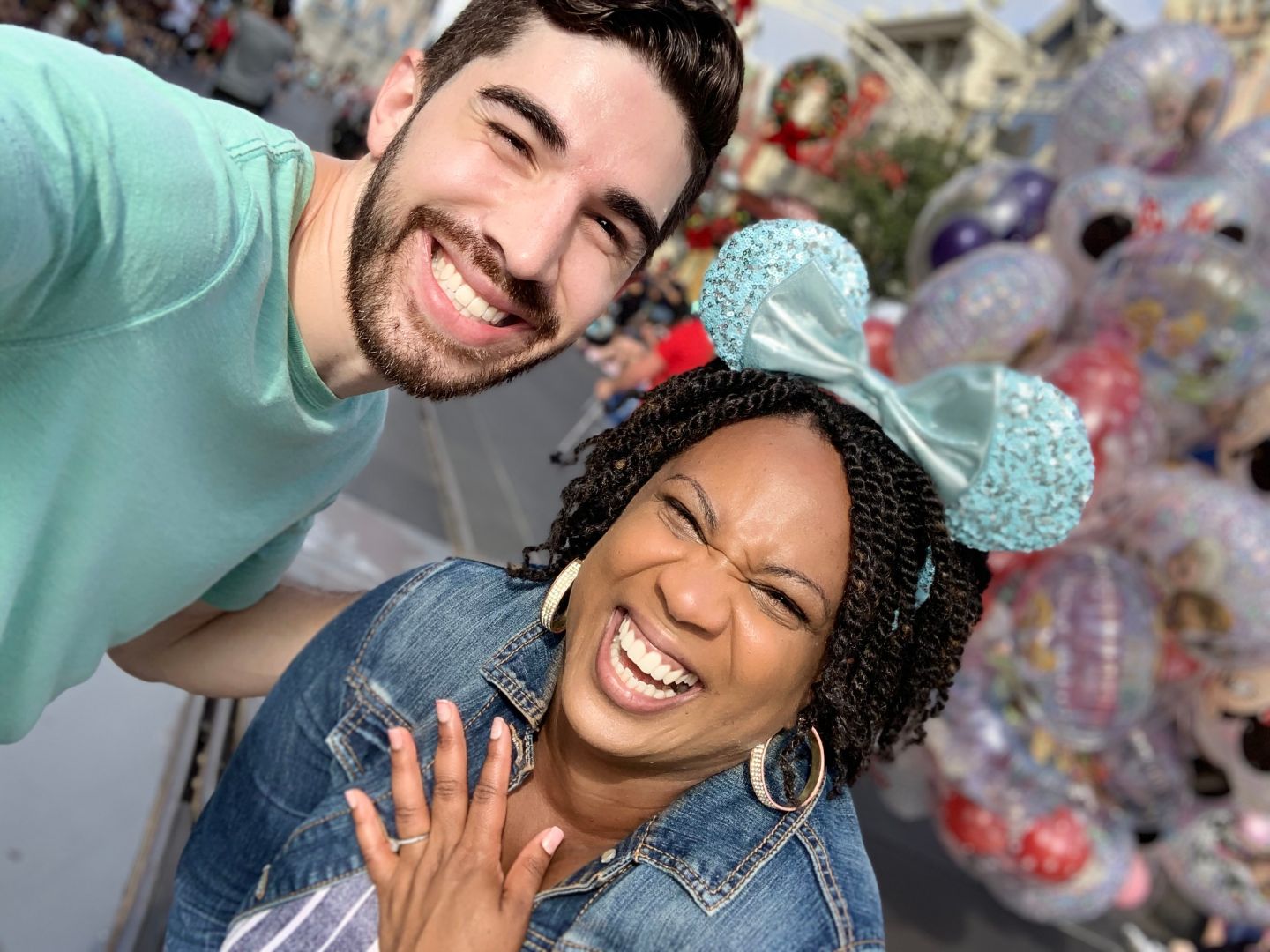 Who else deserves some credit and recognition?
Definitely, my husband. He is my biggest supporter. Period. He supports me in every single endeavor. When I don’t think I can do something, he quickly reminds me who I am, who we serve, and what I’m capable of. As a musician and songwriter, he understands the entertainment industry and highs and lows. I can be myself, share my experiences and lean on him at any time. His love and encouragement is astronomical.

My mom, Mary Hankerson, made a decision over 30 years ago to move out of our small hometown to give herself and her children a better opportunity to succeed. If she hadn’t done that, I’m not sure what my success level would be right now. Her support since changing my major in undergrad from Nursing to Theater has catapulted me higher than I could have imagined. She didn’t know that her acceptance of me changing my major was the turning point in my life. Once she gave me the green light, no other opinion mattered.

My church. Family Worship and Praise Center (FWPC). My first stageplay was written, directed and produced at FWPC. That’s where I got my start. The late Rev. Cyrus F. Flanagan saw something in me and tasked me with executing the idea I had to do a stage production at church. What started as an idea to give someone else in ministry to do turned out to be the first stepping block in my artistic career. Continued by Pastor Quincy D. Griffin, Sr. and Lady Michelle Griffin, the support, molding, and confidence in my gift led to more and more success locally and nationally.

My “ridas.” My sister-friends. These ladies are amazing. Here’s a great example. They knew my dream of becoming an actress, director, and producer and secretly reached out to other friends, family and members of our church to sponsor my first trip to The Oscars in Los Angeles, California. It was presented to me after opening night of a stage production and all I could do was scream. Their support, wisdom and pep talks have helped me through hurdles and reach milestones.

They all deserve recognition in my story.