We had the good fortune of connecting with Luísa Galatti and we’ve shared our conversation below.

Hi Luísa, what role has risk played in your life or career?

One of the main things that holds artists behind is fear of judgement. It’s really hard to be confident enough about your own work and feel ready to present it to the world. And that’s fair! We need to make sure to use our most authentic self in the best way to create the best product we can. However, that often causes an anxiety that stops us from throwing ourselves into the field. Being an artist is risky, period. You can’t be an artist and not be open to be judged or to hear 5 million nos.

It’s challenging, but you always have to be ready to pitch yourself. The most important actions I’ve taken were networking with everyone that I could. I was always fearless and took every opportunity that life gave me without looking for too many problems. Sometimes it didn’t work, sometimes it did. But 100% of the times that it did it was life-changing and absolutely crucial for my career. The negative experiences will be part of your background and you’ll use them as fuel to be a better artist. 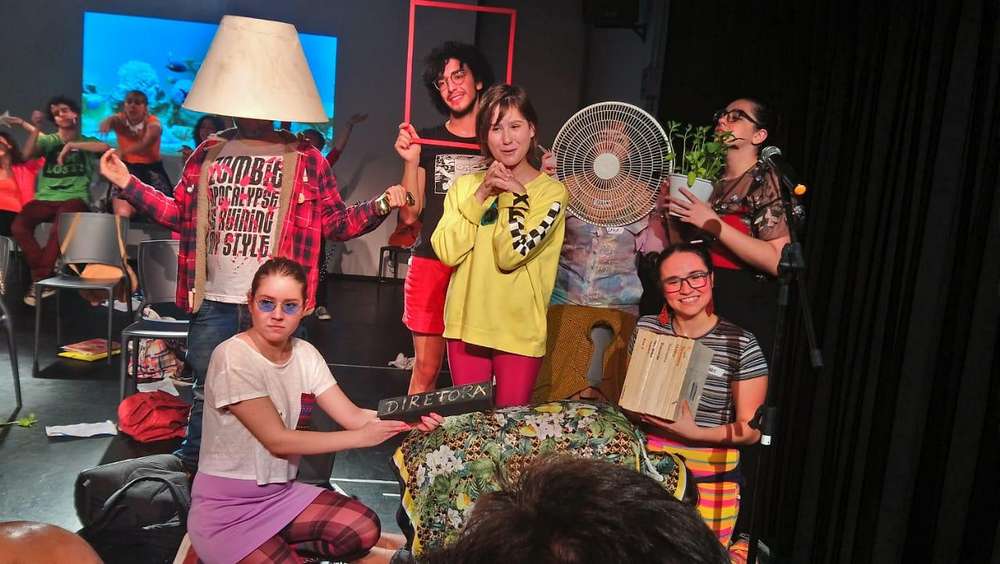 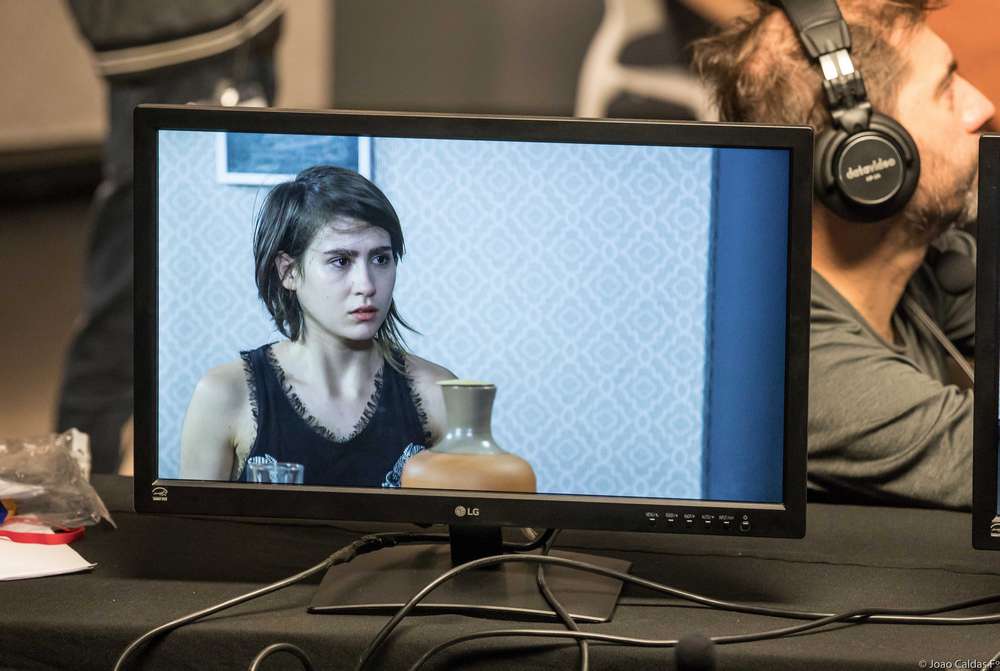 Alright, so let’s move onto what keeps you busy professionally?
I’m an actress, producer, makeup artist and aspiring screenwriter. I’m passionate about immersive experiences and unfamiliar stories that connect people with different stories and backgrounds.

I recently produced ’Til Morning that I wrote and starred in about a Brazilian student in NYC who has to choose between surrendering to her conservative family and selling herself to a stranger.

This film came from the desire to tell a story about something that was personal to me, honored my home country and was relatable to other foreign women experiencing the New York life.

I have great friends and wonderful filmmakers in my circle who agreed to bring this story to the big screen and we can’t wait for it to premiere! Special thanks to my wonderful team: Giorgia Valenti, Ana Moioli, Ryan Cairns, Kaylee Shahira, Larissa Castilho, Ricardo Acioli and Maria Müller. Nothing would have happened without you.

Aside from the short, I also had the opportunity to produce one of my favorite plays ‘White Rabbit Red Rabbit’. I’m honored to be an Associate Artist/Producer at Et Alia Theater, and we were invited by Aurora Nova – Wolfgang to represent New York in the Let There Be Theatre – A Call to Action on March 13th: an extraordinary global event that celebrates live theatre and the resilience of the theater sector during the pandemic. On the 13th of March 2021 in all countries in the world White Rabbit Red Rabbit was staged. At 8pm in every time zone there was a multitude of shows starting at the same time for 24 hours, thus creating a massive theatrical community. And we represented not only NY, but the entire United States in this massive worldwide event.

Becoming an actor and producer was a natural process for me. It wasn’t easy but it was never a sacrifice either. I was lucky to have a supportive family, which was key for me to pursue what I wanted. I started doing theater when I was nine and never stopped. I simply don’t know myself without being involved in theater or film.

The challenges were always dealing with no’s and negative feedback. The artist’s craft is so tied to their vulnerability that critiques can really hurt their ego, and that’s hard to overcome. It’s hard to be confident enough to deal with criticism, then you have to make sure to also know how to absorb what’s actually pertinent and filter what’s not without being arrogant. You have to be rigorous, but receptive.

I’ve been through a lot of ups and downs and still don’t have the right answer about how to deal with all that, but I think I’ve found a healthy balance that keeps me going. 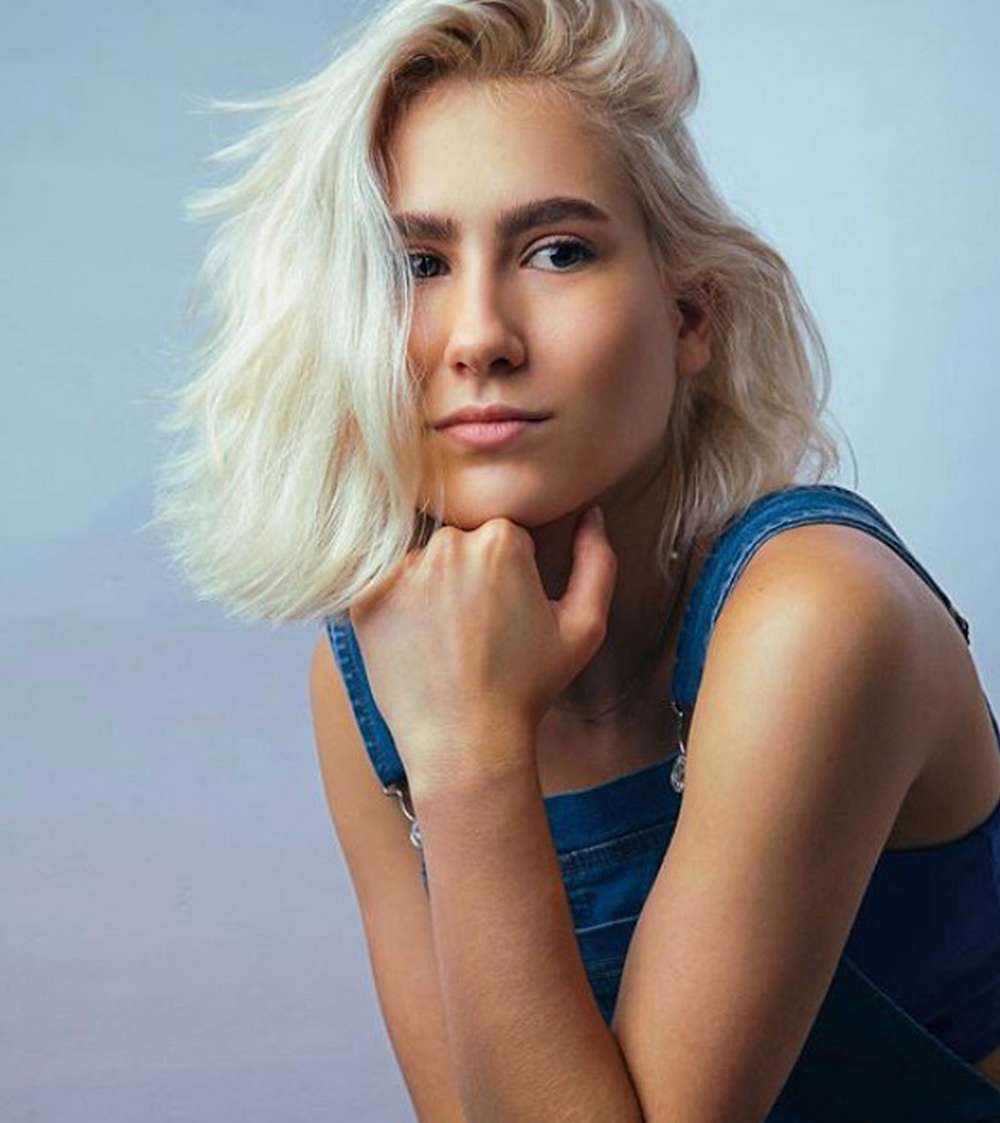 Let’s say your best friend was visiting the area and you wanted to show them the best time ever. Where would you take them? Give us a little itinerary – say it was a week long trip, where would you eat, drink, visit, hang out, etc.
I’d definitely take them to Domino Park in Williamsburg, one of my favorite places in the city, go for a walk in the West Village and the High Line Park, take them to a bar or two in the East Village and, if they’re feeling adventurous, we’d spend a day in the Prospect Park and visit the Brooklyn Museum. But of course, New York has endless possibilities and it’s always hard to choose. 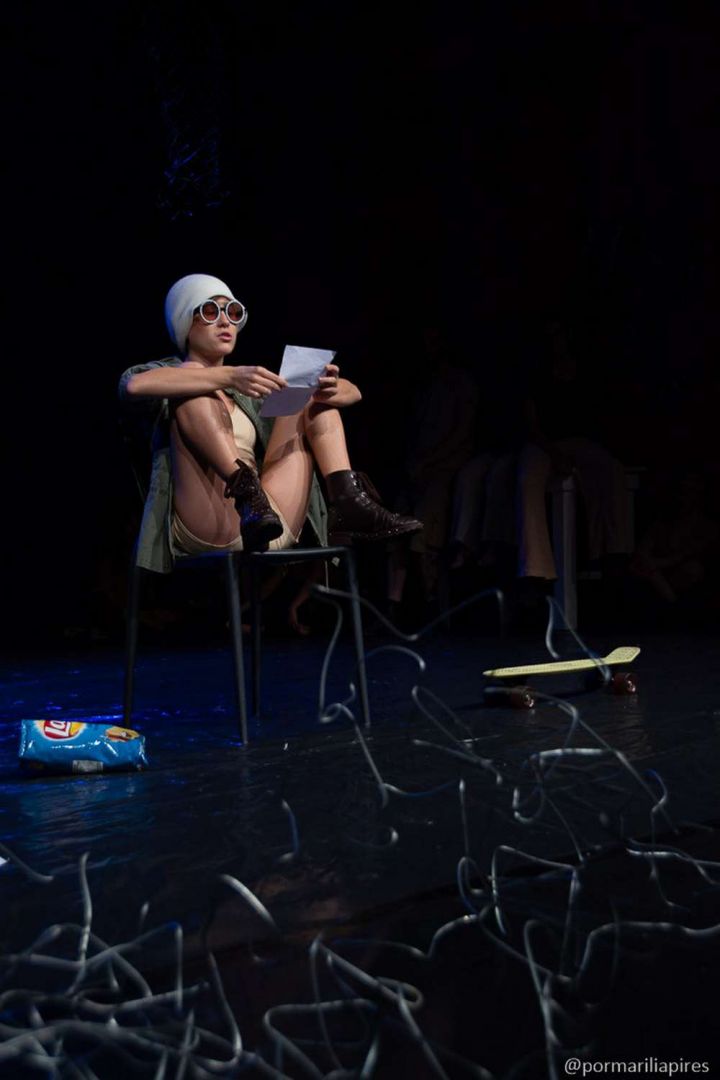 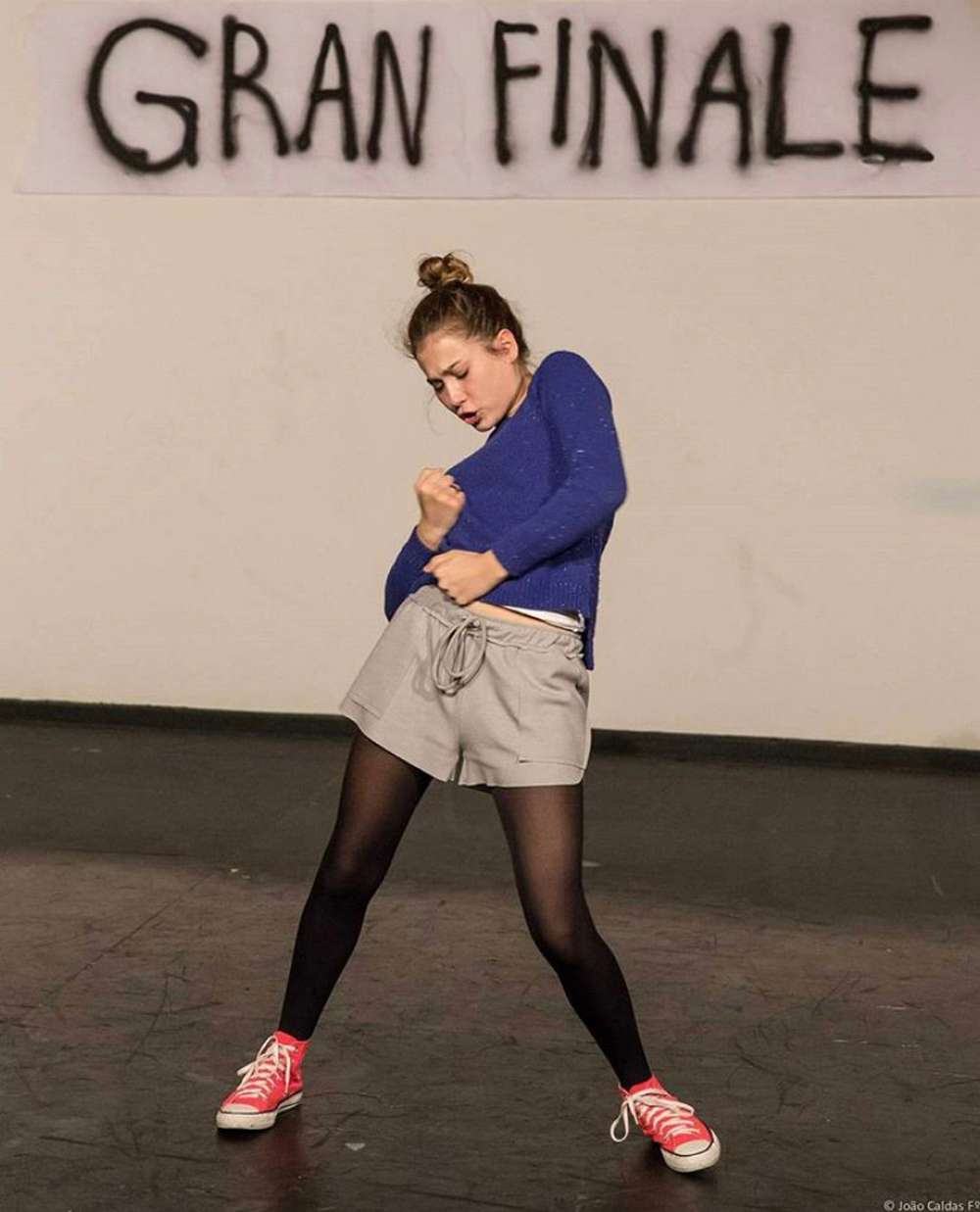 Who else deserves some credit and recognition?
I dedicate my shoutout to Ana Moioli, Giorgia Valenti, Maria Müller and Deniz Bulat. They welcomed me to New York with the great opportunity of being part of Et Alia Theater and quickly became my second family. I couldn’t be more grateful to have crossed their paths. And the old, but good, cliché: my parents. I was fortunate enough to have extremely supportive and incredible parents that have been following me throughout this entire journey. 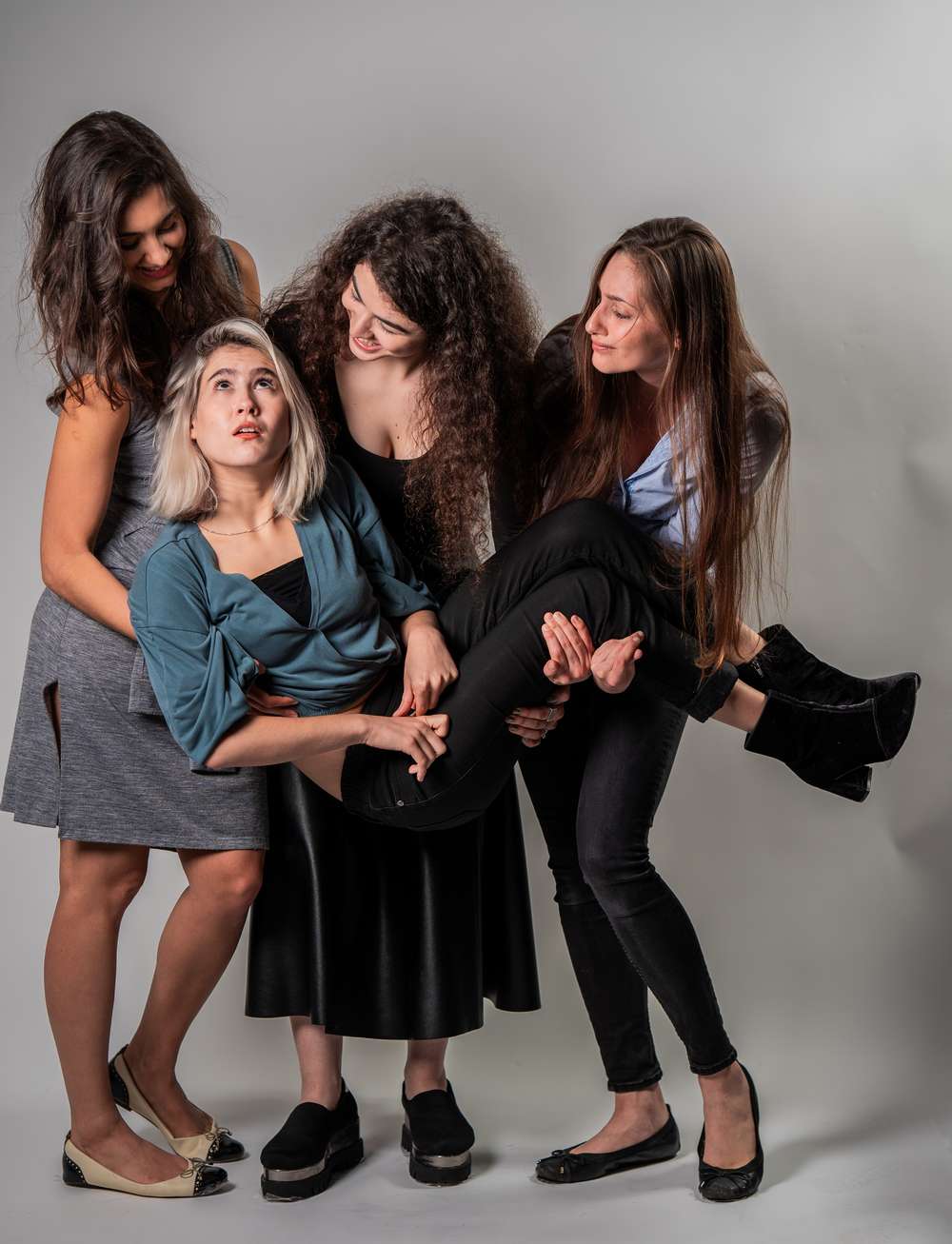