We had the good fortune of connecting with LaTonya MeChelle and we’ve shared our conversation below.

Hi LaTonya, what was your thought process behind starting your own business?
I am the Owner of two companies, The NLuv Group & TygerEyez 360 Media Group. It’s interesting because The NLuv Group is catered to supporting Veterans with dealing with their PTSD and assisting them with filing their disability claims. While TygerEyez 360 Media Group is all about breaking stereotypes and teaching people the power of tapping into oneself to create a unique, undeniable brand.

Not only that, I wanted to build outlets where people could see positive black content and we could do our part in changing the narrative on how blacks think and are viewed. It was important for me to do my part, to change that.

Currently, we have two magazines, one catering to positive black men, 3 talks shows, and a network that caters to black men in business, wellness, and their love lives.

Although both of my companies operate totally different, I have the same concept for both, we always have CHOICES…. Constantly Having Opportunities to Increase Change & Empower Self. If you fix your mental and how you think about what you want, it all becomes possible. Veterans deserve to be healed and to get the money that is owed them from Uncle Sam & anyone with a vision deserves a chance to make it their reality. My Team is here to pour into these individual’s souls to make sure this happens. 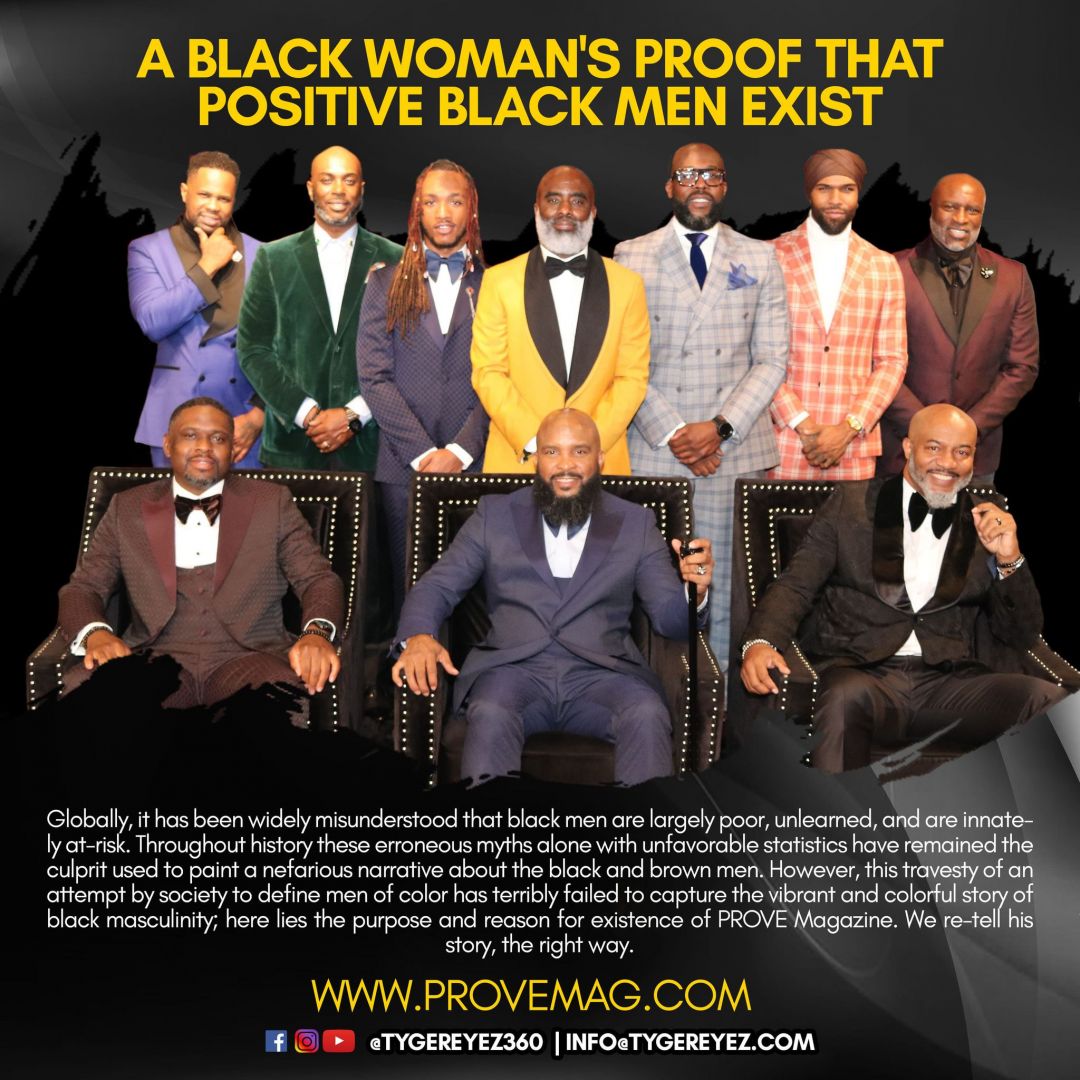 Alright, so let’s move onto what keeps you busy professionally?
After a combined 24 years of serving my country in the United States Air Force & being a sought-out Recruiter & Program Manager in the Federal Government Contracting Arena, I decided I was tired of the 9 to 5 way of life. It was time for me to pursue my passion for people and step out on faith. I decided to leave the DMV after 26 years and head to Atlanta, GA, I haven’t looked back since. Since moving to Atlanta, I have created two businesses, The NLuv Group & TygerEyez 360 Media Group. I trained with Les Brown and after he personally poured into my spirit to keep sharing my stories, I added Inspirational Speaker to my list of services. I am the Editor-In-Chief to two magazines; I just launched a TV network for positive content. I am a Media Personality, and my resumes include interviewing such greats as Patti Labelle, The Whispers, Teddy Riley, Kirk Franklin, Lou Gosset Jr, Michael Jai White, Malcom Jamal Warner, Jamal Bryant, Marvin Winnans, Master P, to name a few.

I’m excited about a new division within my TygerEyez 360 Media Group company called Black Men Worldwide. I have created a network where my team provides concierge services to black men in relations to business, wellness, and their love lives. It’s all about catering to them and assisting them in rising to the top where they belong.

If you had a friend visiting you, what are some of the local spots you’d want to take them around to?
First and foremost, we must start the day off at Atlanta Breakfast Club. There’s two of them. Most know about the main one but they have a smaller one off of Auburn Avenue that serves just Chicken & Waffles. To absolute die for. The Peach Cobbler Chicken & Waffles will have you ready to kiss everyone in the establishment. Who doesn’t come to Atlanta without going to Pappadeaux? Yes, very typical but I’ve NEVER been disappointed yet. Blu Lagoon is one of my favorite hangouts. The vibe is classy, sexy and intimate and the food is delish. They serve American, African and Jamaican cuisine. My two favorite Cigar Lounges are Monticellos in Marietta and Havana Lounge in Sandy Springs. I don’t even smoke cigars but I love the energy of the people and the atmosphere at both locations. If you love Thai Food, C.O. Asian Fusion is a must! The Pad Thai is possibly the best that I’ve ever tasted. 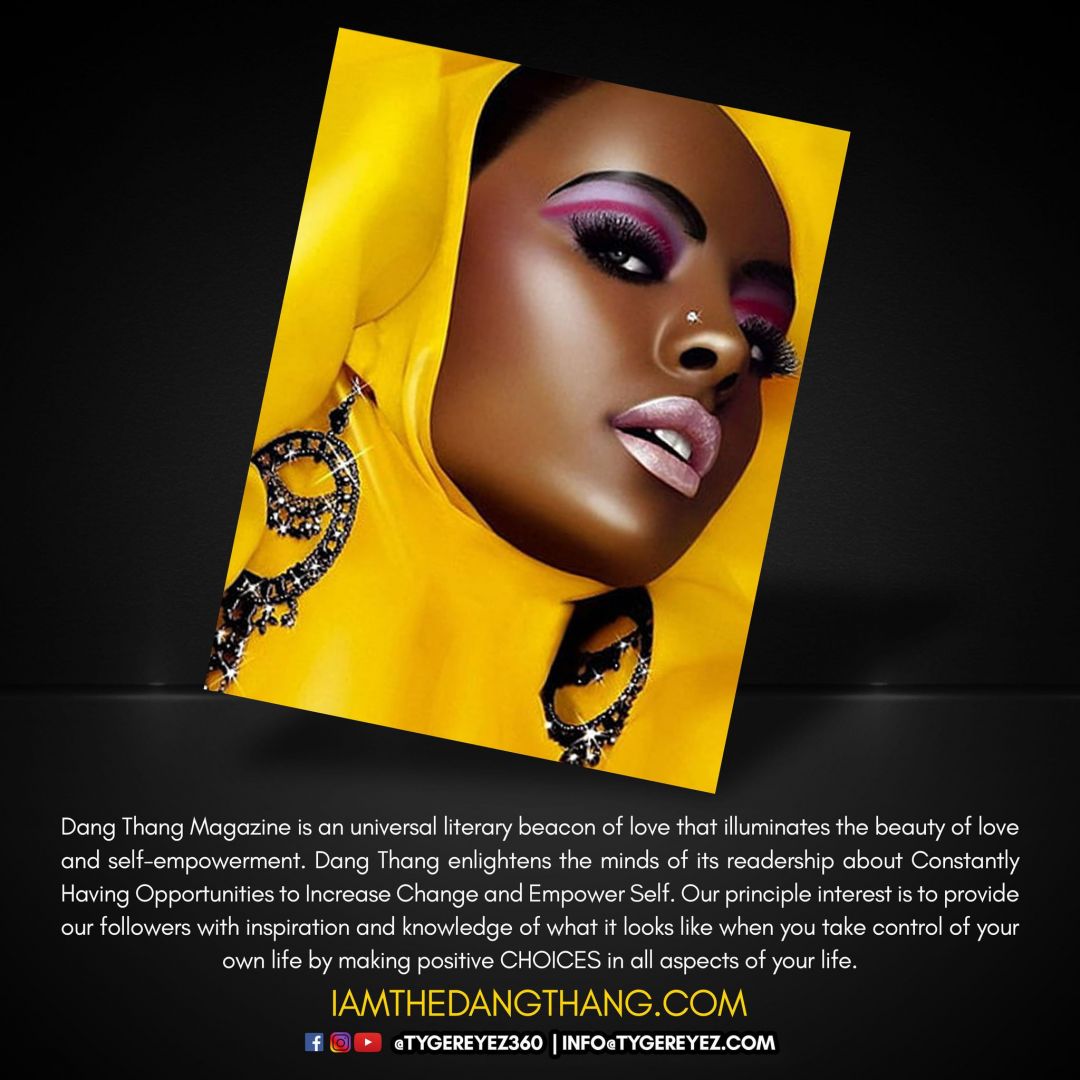 The Shoutout series is all about recognizing that our success and where we are in life is at least somewhat thanks to the efforts, support, mentorship, love and encouragement of others. So is there someone that you want to dedicate your shoutout to?

Wow, this is major! I would like to shout out the men in my life.

Here’s to my father that I never met but I know with everything in me, he is the main reason why I am the dynamic person that I am. I haven’t been able to find anyone else who acts like or even looks like me, so he gets the credit. I am a daddy’s girl, and he is one of my whys. #restwell

To my grandfather, Sylvester Pree Sr., the man who taught me how to be an Entrepreneur at an early age. From throwing newspapers early in the morning, picking up cans and selling them to going to the peach archer and selling peaches in front of the house. I had no idea then but I’m so grateful now. He always told me that I could do anything that I put my mind to and guess what? It was the truth. I am who I am because I have his blood and love all in my soul. #restwell

To my adopted father, Willie C. Martin, I had no idea until recently how much he, being in my life, had such a significant factor on my greatness. My Quiet Storm, he didn’t say much but his actions are why I’m a woman full of so much diversity. He showed me a life that most can only dream of, international travel, consistency and stability. We weren’t exactly the Cosby Show but he made every effort to show us what a balanced family looks like. #restwell

My favorite, my Lifesaver and the love of my life… my son, Timothy Lowe Jr. He is my Why! When I was getting my tail beat by my ex-husband, it was his little hands that wiped away my tears. When I wanted to swallow the bottle of pills or drive my car into the lake, his face is who I saw. When the doctors couldn’t figure out what was wrong with me, I was stuck in bed for two weeks, it was him who forced me to take my medicine. Another man in my life who doesn’t say much but when he does speak, it’s priceless. He told me a long time ago that I was his Hero. Although I know that I have failed him a few times, in that role, I wake up daily and strive to take my business to the highest level possible, to help and empower others and to make sure that my son continues to see me as ‘His Hero”.

The light of my life, my 6-year-old grandson, Logan Lowe….”TT, whenever you’re having a bad day, just call me, I will make you feel better.” “TT, you’re my favorite, are you having a good day today?” I don’t think anything else is needed for yall to know why he is my WHY. 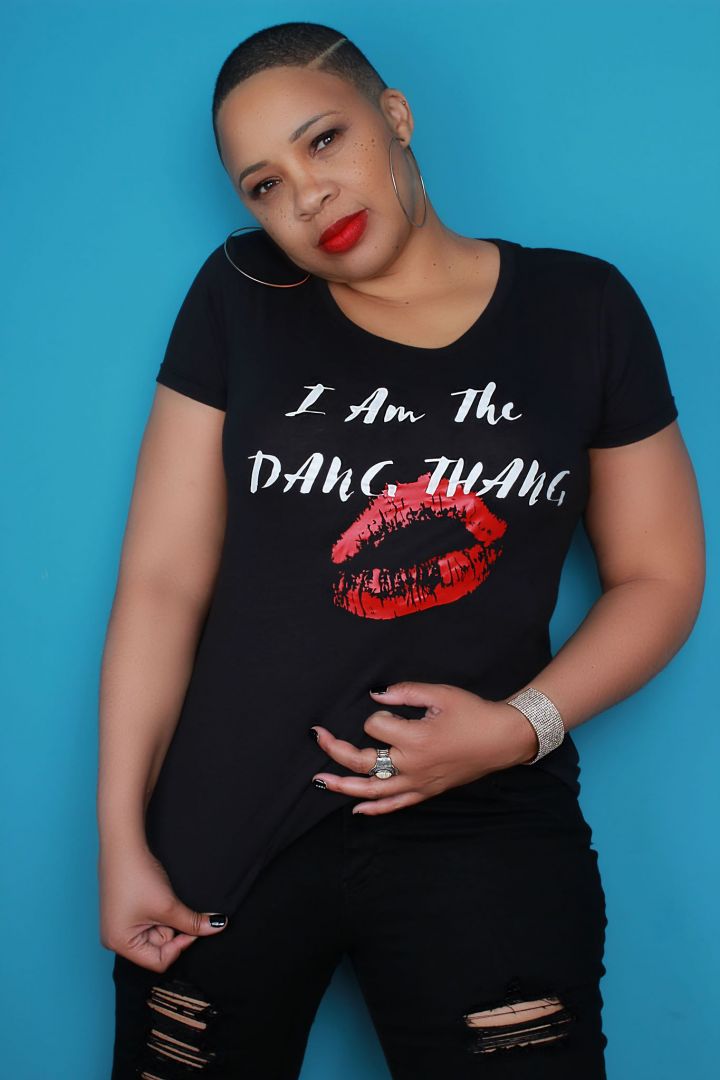