We had the good fortune of connecting with CLOTHTALK and we’ve shared our conversation below.

Hi CLOTHTALK, what habits do you feel helped you succeed?
My grandfather always told me “Routine is characters best friend”. So throughout the years of growth mentally and physically. I always practiced having a routine. It was a time in my life and business where it wasn’t one. And I noticed a sharp contrast for the worst. I became even busier and completed LESS of my goals. Sounds crazy. But if you think about it. If you have a routine , it’s just another way of saying “I got my things in order” So “HAVING A HABIT OF KEEPING ROUTINE” helped me succeed a lot! 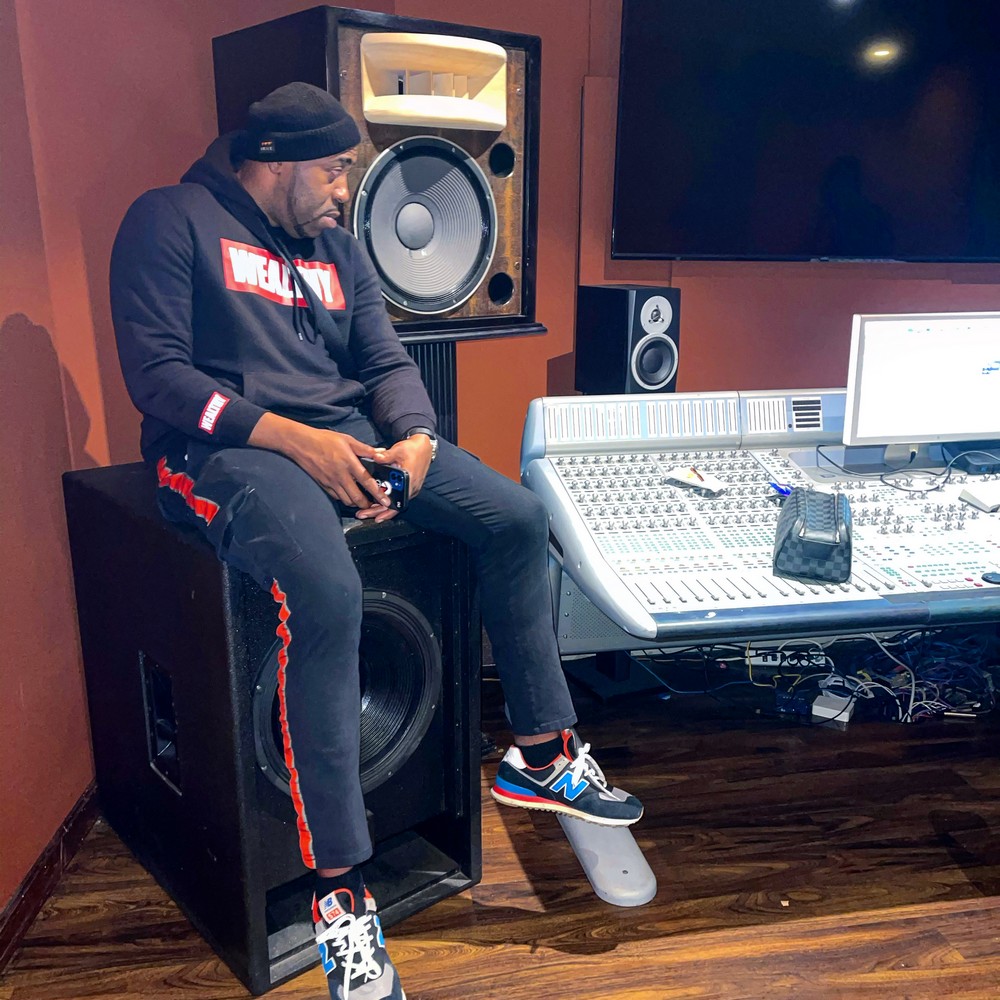 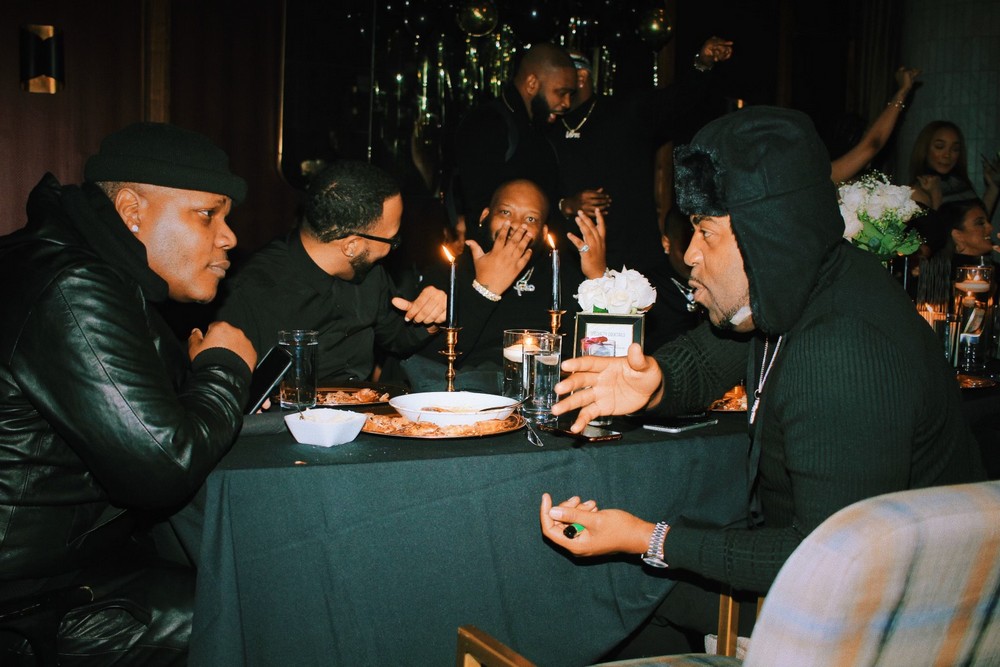 Can you give our readers an introduction to your business? Maybe you can share a bit about what you do and what sets you apart from others?
I founded a company called “The Luxury Group” which encompasses some of the best and most current hit makers of our time. We co-manage and develop ground up talents to be brought to the forefront of today’s culture of music. We have multiple joint partnerships with various distros such as AWAL, and Publishing relationships with Sony Music Publishing, formally SONY/ATV. Partnered up with Indy Powerhouse label ISLAND prolific which is partnered with powerhouse Atlantic Records. We have with our strategic partnership with Alabama Indy label MBK4L. And assisted with bringing Alabama artist LIL BAM to the forefront of the culture. We also have Alabama artist XAY CAPISCE , UK artist LYVES and Republic records new rock band “HERO THE BAND” all within the trifecta. Safe to say we are booked and busy! As they say. When it comes to our producers and writers , We focus on “RECORDS” and stay far away from “SONGS” . The contrast lies within the narrative change. “Songs” don’t adjust or shift culture narratives but “records” do. For example to provide a clear and relevant parallel. You can hear Ella Mai “Shotclock” and it sounds like a cool song. But then you hear “BOO”d up” IT HITS DIFFERENT! It’s all over the radio, commercials , and everywhere music is played! And happens to also be the record that shifted the narrative of R&B. Shoutout to my sis Joelle James who wrote the song! She is legend for that. Songs her head nods and vibes going . But RECORDS change lives! Financially and everything else! Collectively between my powerhouse producer clients 808Mafia Cicero , Super producer duo PRIORITY BEATS, and Atlanta’s most current trap sound Hitmaker MOOKTOVEN. We sold over 12million units in 2020 alone. And that was in the middle of World Turmoil and global panic, but it also goes to prove that great music will always be a healer in tough times. I’m the manager/exec that relates with “both sides of the coin” . From the corner office to the street corner. I teach what’s been taught to me TO THEM! And what separates me apart is that I WANT THEM TO GROW and build their own empires! We signed Mooktoven to a global publishing deal with EMPIRE and he has since built his label and studio while doing LIL KEEDS next 2 projects!! Fresh off of producing for LIL BABY now 3x platinum album , We signed Priority Beats to a multi million dollar global publishing deal and they since have launched a full off “artist Development camp” along with a business model built around “PRIORITY”. 808Mafia Cicero having produced 3headed goat for LIL DURK, which charted #2 on billboard and has since passed gold and Platinum certification. The name is CLOTHTALK and the brand is LUXURY. They go hand in hand. I’m by far one of the best “deal closers” and “negotiators” in the “business of music”. But as they say, a complement doesn’t hit the same when you give it to yourself , so we will keep working until they say it enough so I will never have to” lol This wasn’t easy to get to! I started off as an artist back in 1994. Fast forward a whole rap, and then writing career before the executive hat was tossed on! Its so much more to my story! The book coming soon! THE JET LIFE: music , money , and marijuana . Which will tell a story like non other! ALL NON FICTION! Yeah they sent me away on vacation…..but that’s the R rated version of the story! THE BIGGEST LESSON I LEARNED IN LIFE! Is ACCOUNTABILITY! Overcoming challenges are paralleled with One Word. DISCIPLINE. 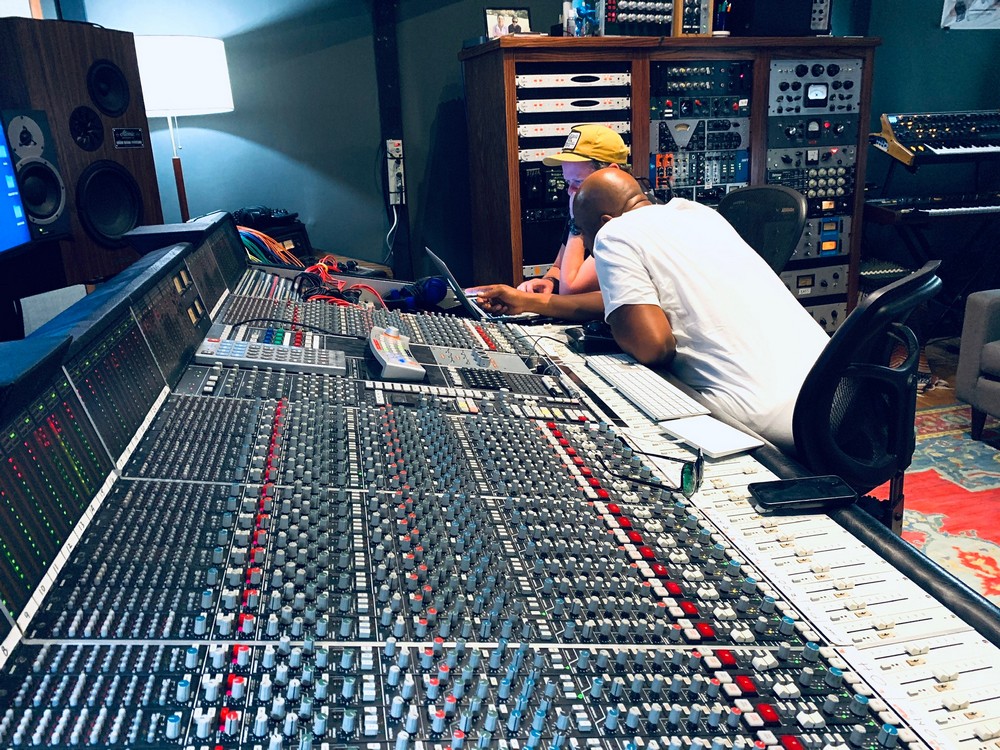 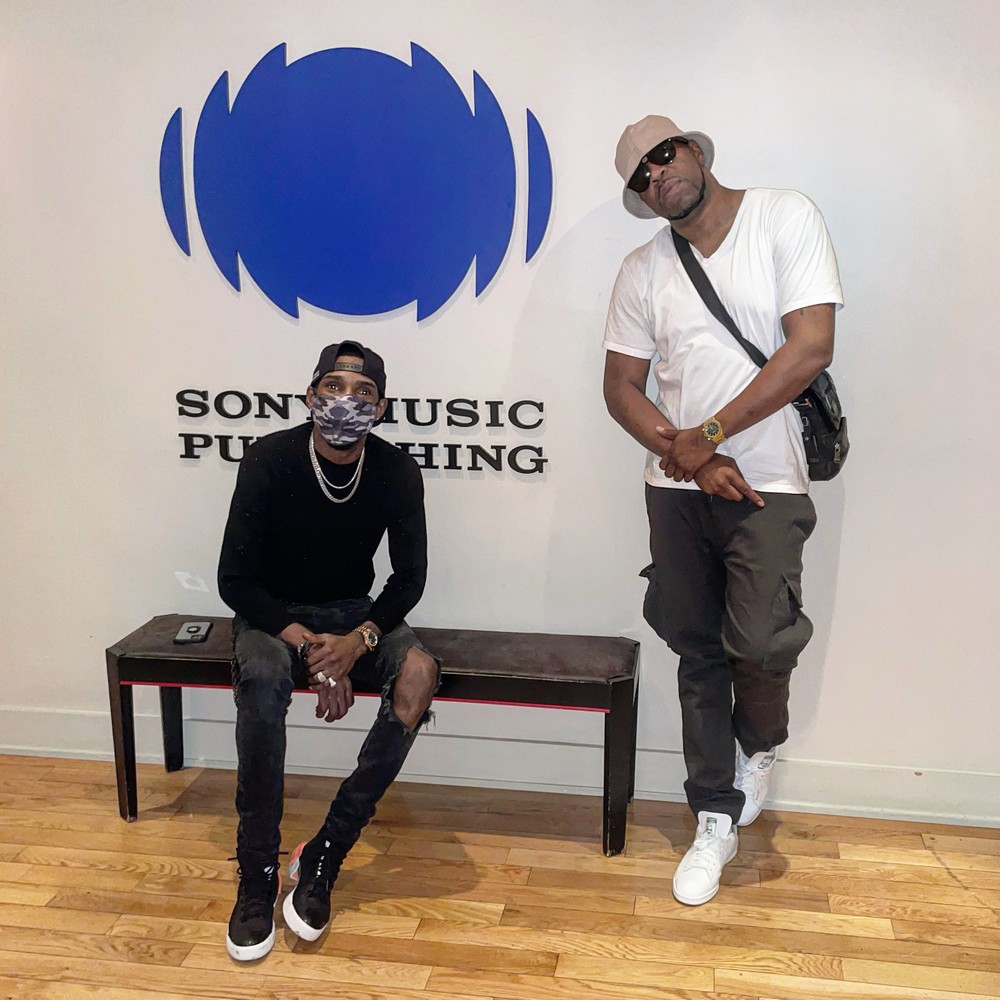 Any places to eat or things to do that you can share with our readers? If they have a friend visiting town, what are some spots they could take them to?
Well it’s a little harder with certain things not being open normal hours. But if I had it my way…. MONDAY/ we would hit magic city!! So they can feel exactly why Atlanta is in the center of the culture. Food and drinks are bomb! The kitchen is famous! Shout out KELZ!!! Tues: take a helicopter tour around the city and then to chateau Elan for some massages and hydrobath and wine! Weds: meetings and drinks at the W midtown and then shoot to botanical gardens for dinner with some nice friend s. Thurs : some shopping at buckhead shops and Phipps plaza. Then to ardens garden for some grand slams and to juice up . Take them thru little 5 points to soak up the culture. Then we headed to a celeb studio session so they can meet some chart topping artists and producers. Then we go to Ruth Chris or rathbuns for dinner. Then we pick one of maybe 7 hotspots and hit jump in the back and get the driver to take us out! And safely home . Friday : shoot out to the lake and hop on the jetskis at lake Lanier or altoona. Change up and hit Bahama breeze on the way back down. Then we go to the st.Regis for drinks in the “Wood room” . Lots of great networking and heavy CLOTHTALK . 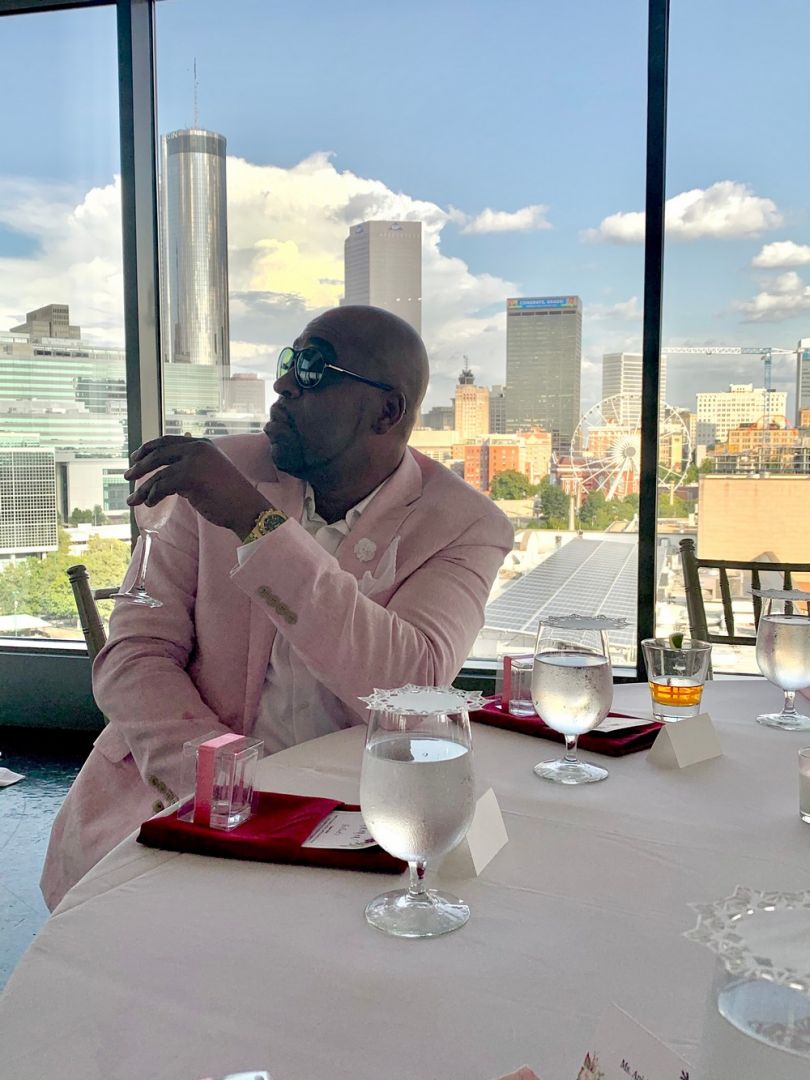 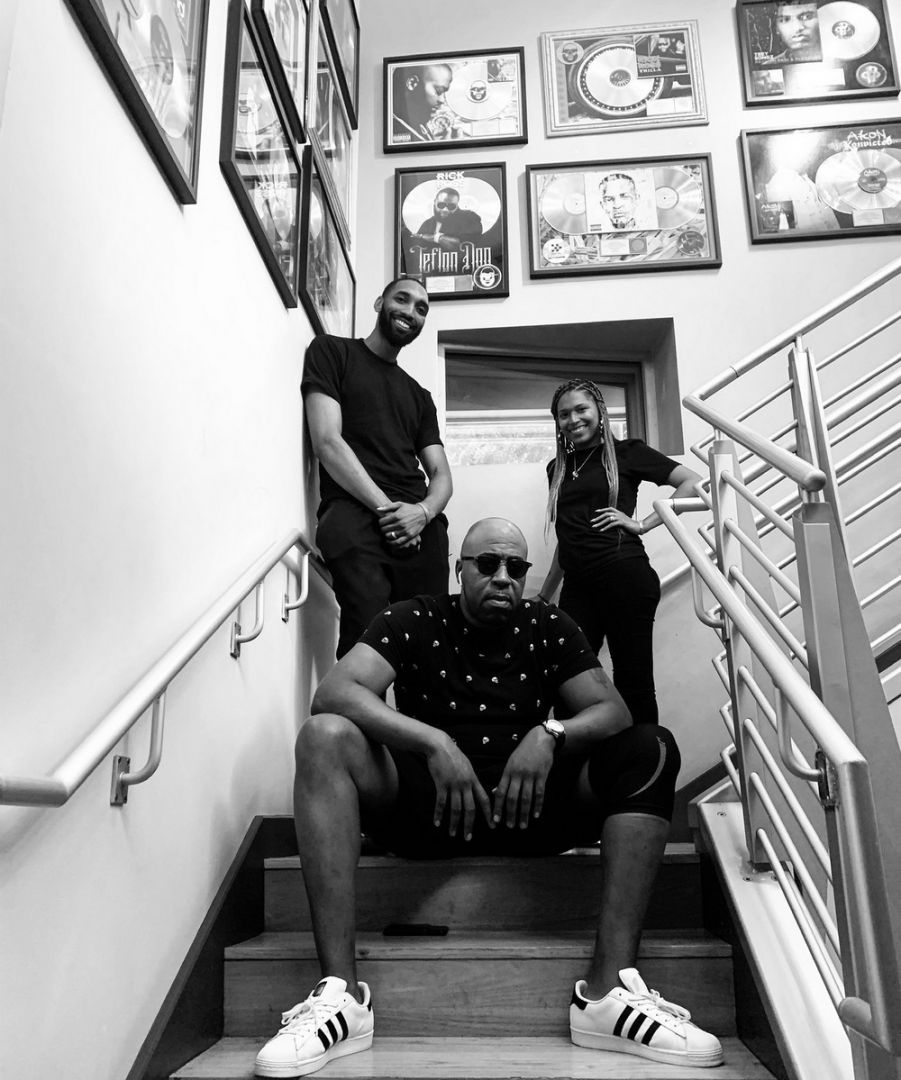 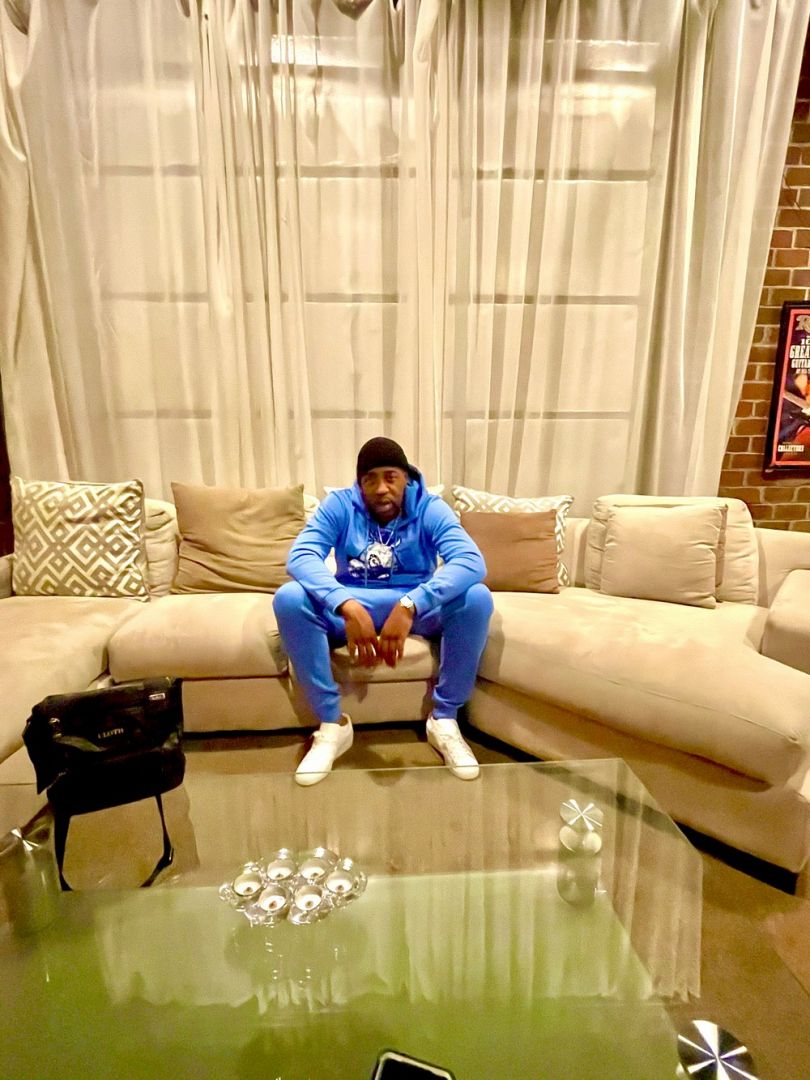 The Shoutout series is all about recognizing that our success and where we are in life is at least somewhat thanks to the efforts, support, mentorship, love and encouragement of others. So is there someone that you want to dedicate your shoutout to?
First and foremost I want to say the big homie upstairs first and foremost: God. But in the physical I would like to acknowledge my teacher and Mentor in this business. Music exec and founder of so many greats including Akon, fugees etc. : Bernard Alexander. Whom has mentored me since I was the age of 14. And gave me 75% of my relationships in this business and they are all from the TOP DOWN!! But he wouldn’t of given them to me without me having the correct teachings to utilize , monetize and execute every introduction like it was my last!!! He taught me the very rule I live by to this day. “the coach last longer then the player” I’m forever indebted.