We had the good fortune of connecting with CoCo Iman Starr and we’ve shared our conversation below.

Hi CoCo, what’s the end goal, career-wise?
So I’ve actually put a lot of thought into this! As a drag entertainer there’s always this running joke that we don’t have long in this career, it’s all up to our knees just how long we can continue on! Of course just because we may not physically be able to shuck and jive as well once we’re older, most of us would still like to be apart of the scene in some way so personally, my end goal is to open up my own nightclub or event space! I think that’s the top level in the industry, if I can be the next space to allow more creatives to perform and leave their mark then I’m a happy camper! 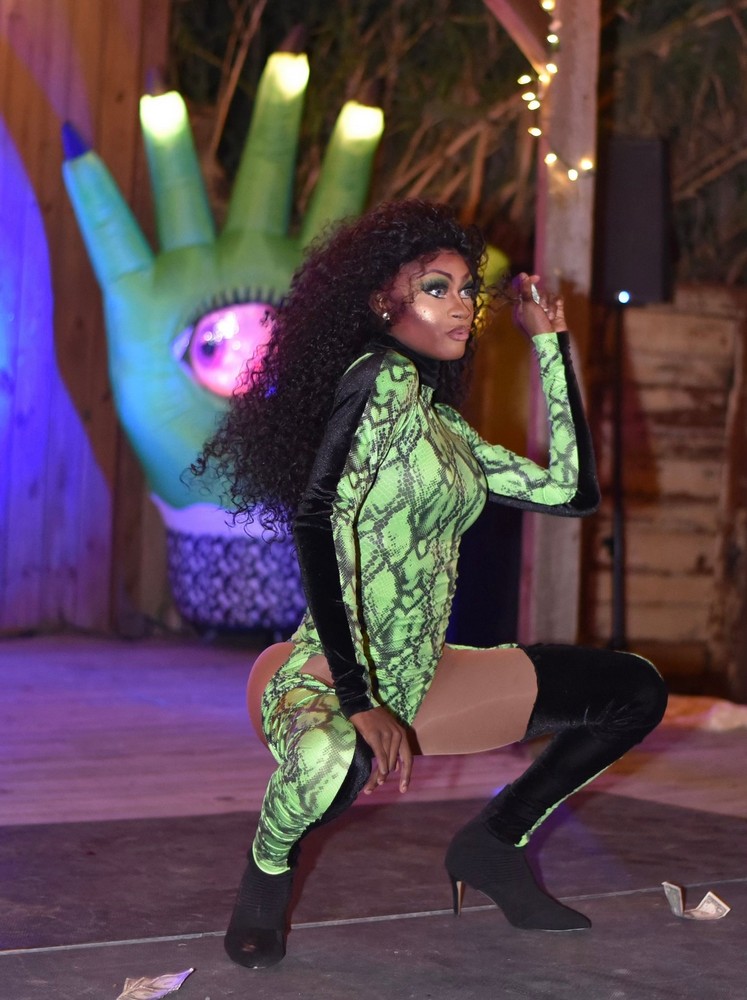 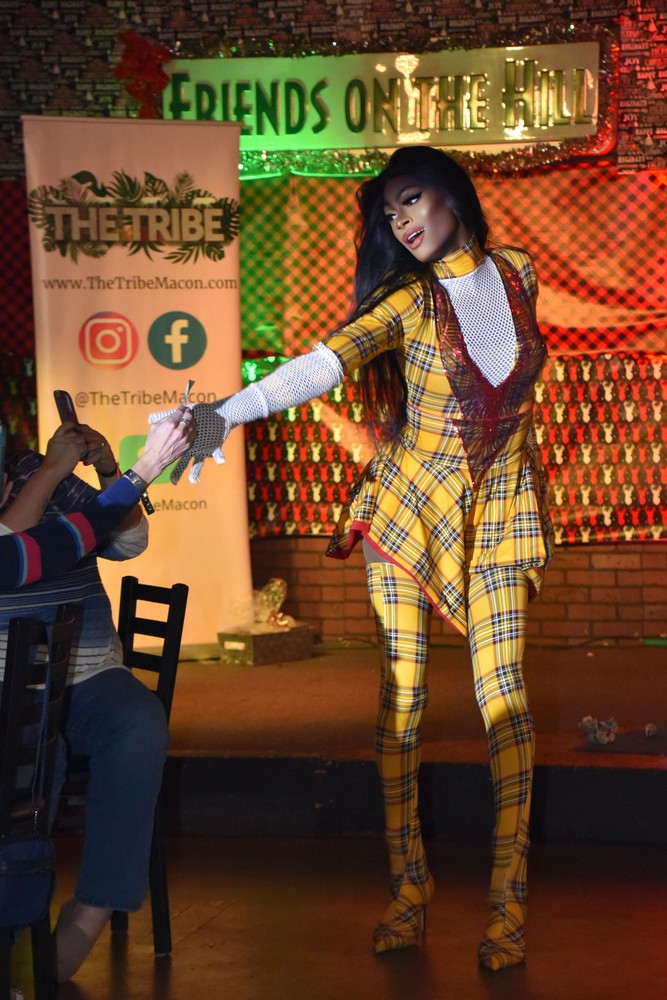 Alright, so let’s move onto what keeps you busy professionally?
Whew! So getting into drag was honestly the FURTHEST thing from my original plan! I was supposed to be someone’s physical therapist by now BUT life has a funny way of pulling you in different directions. So me getting into drag was actually an accident, I entered a turnabout competition and ended up doing pretty ok in it, and I wasn’t unattractive either lol so I kind of figured maybe I would give it a go and see if there really is anything in this for me…..fast forward 5 years and now I’m twirling all over the city, I’m a show director at three amazing venues, I’m getting booked across the country, and I’m loving every second of it! Don’t get me wrong though it definitely was a long journey! A journey filled with many talent shows, many many many free performances and lots of the word “No”, and even now as a “self sufficient” queen things do get a little discouraging sometimes when I feel like I’m reaching the top of my abilities. Because I strive so much to learn things and techniques on my own often times I feel like my drag isn’t enough or it isn’t keeping up with the times. I know I could easily just pay others but that doesn’t bring as much satisfaction, it seems like I’m stealing their art and their brand. I want people to see me and know that I’m putting 1000% of myself into all that I do from my outfits to my hair to my makeup to the performances I give on stage! 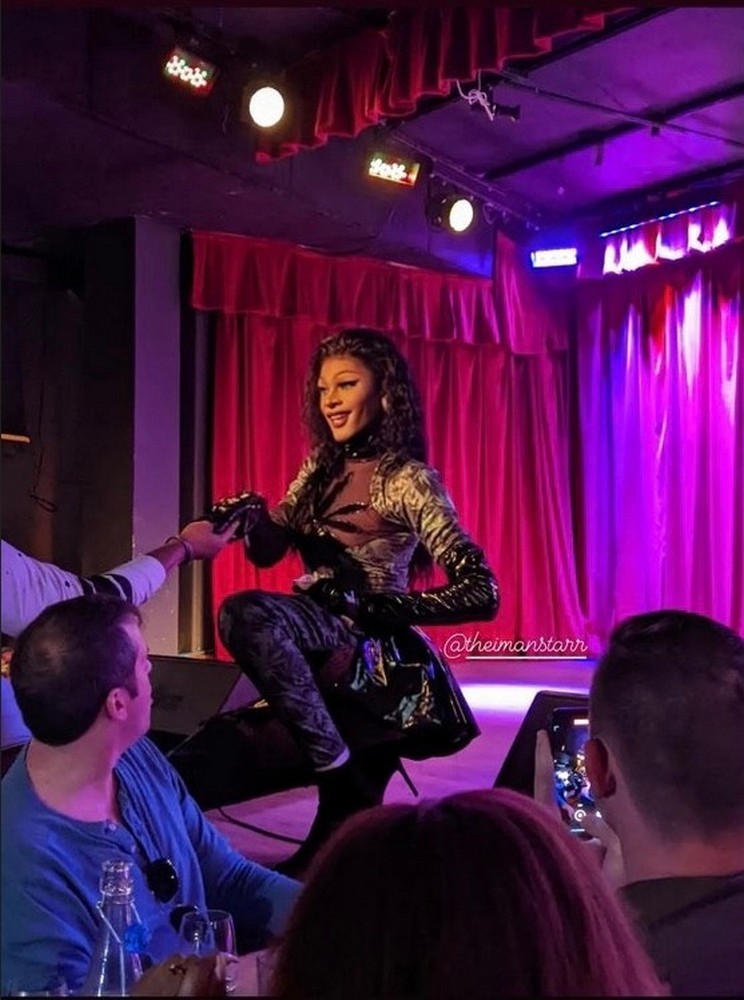 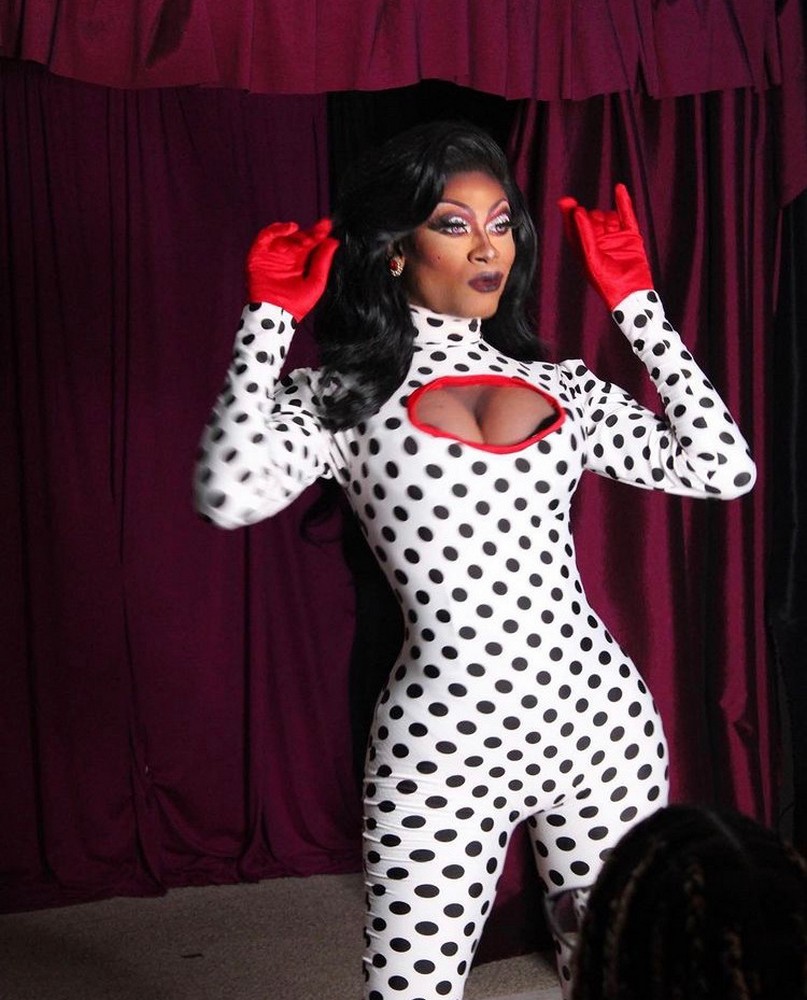 Any places to eat or things to do that you can share with our readers? If they have a friend visiting town, what are some spots they could take them to?
Hmmm ok let’s take it day by day! Monday- Hopefully they’re on a late flight in because the weekends are crazy for me so I’m not waking up before noon on Monday! I’ll grab you from the airport around 4pm and we’ll grab a light snack from cookout before heading home to unpack! Then at 10:00pm we’re headed to The Stars Of The Century, this is the longest running drag show here, 25 years and counting! After that we’re headed to LSS our weekly Vogue nights! This is a late late night underground event for the legendary children of ballroom!

Tuesday: It’s Taco Tuesday!! We’re probably going to kick it at my place or maybe go to a friend’s place for tacos, tequila, and lots and lots of laughter!! If we’re feeling great after a few shots it’s definitely time for some dancing so we’re headed to Blake’s for their Latin Night! There’s very little wall hugging going on here!

Wednesday: This is our chill day, so we’ll probably go to my favorite store, Rosa Fabrics! We have to see what new fabrics are in and start brainstorming some cute little looks to make. For dinner I’m thinking steak so we’re headed to Alpharetta for the best steak I’ve ever had at Firebirds Wood Fired Grill! Literally soooooooo amazing!!

Thursday: This is when things kick up a notch for me, today is when I plan out all my sets for the weekend so I hope you’re ready to pick out some music! We have to select sets to get the people on their feet! And I hope you can cut a straight line because I’m gonna need your help sewing! For dinner it’s gonna be a long night so we’re probably ordering in, cue the Buffalo Wild Wings!! Desert heat please!

Friday: It’s showtime! Friday mornings are when we guzzle down lots of water in preparation for the wild weekend we’re about to have, we’re taking several naps because sleep will be nonexistent for the next few days! Friday night it’s showtime at Future Atlanta for Disco Dollz and I expect you to be the loudest one in the room when I come out! After the show we’re hitting the town to see everyone, we’re probably going to midtown moon or maybe Felix’s, then afterwards we’re sitting in the drive through at Mama’s Cocina Latina for about an hour for the best 24 hour Mexican food you’ve ever had!

Saturday: Today we’re trying to Will ourselves out of bed before 2pm because we have a call time of 5:30 for our first gig of the day! On Saturdays I host a burlesque and drag show in Sandy Springs called Diva Royale, after that we’re headed to My Sister’s Room for a quick makeup touch up before hosting our weekly Saturday night show and dance party there! My Sister’s room is the turn-up spot on a Saturday night and the chicken tenders are a MUST HAVE! If I haven’t burned you out too much we’re going to MJQ after the show for a mega underground dance party! Leave your feet at the door because I promise you won’t feel them by the time we leave!

Sunday: Sundays are for the young and free!! Everyone loves Sunday Funday, we’re probably hitting Piedmont Park, making our way to the rainbow crosswalk and checking out Blake’s or X Midtown, we may make our way down piedmont and check out Ansley Square, see how things are at the Hideaway, if we’re not too tipsy by 9:00 we’re going back to MSR to check out Switch, a weekly drag show featuring a different cast and DJ every week! And if we still aren’t done partying we’re going back to Future Atlanta for Shameless Sundays where the party doesn’t stop until 4AM! 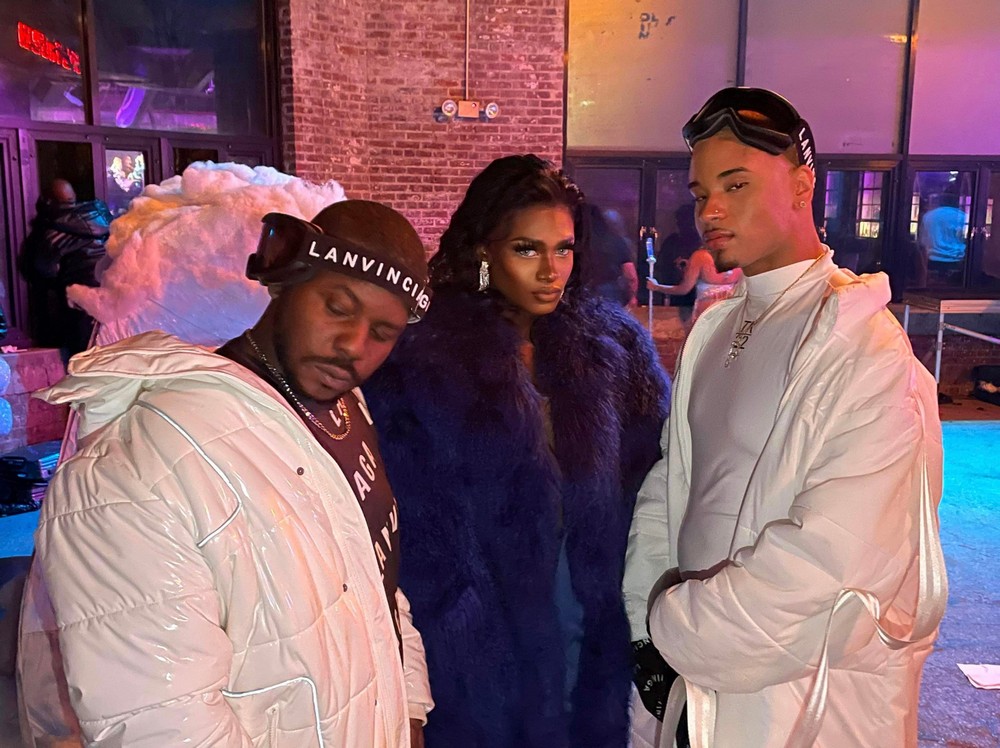 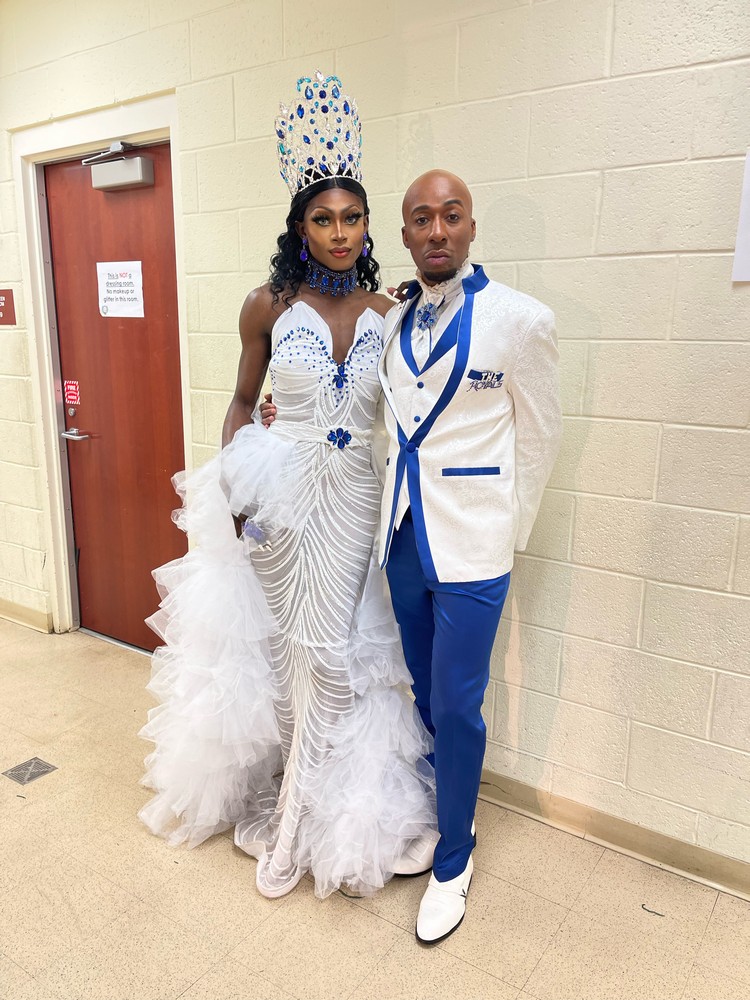 The Shoutout series is all about recognizing that our success and where we are in life is at least somewhat thanks to the efforts, support, mentorship, love and encouragement of others. So is there someone that you want to dedicate your shoutout to?
Ahh there are SO many! But to keep it short and simple, I definitely have to shout out the Iman family and Starr family respectively for grooming me in the art form of drag. I have to thank my Tribe Macon family for accepting me in and keeping me booked ALL over Georgia! And last but not least I have to thank the bars and establishments that have had me on cast, given me a microphone or allowed me to create my own shows: The Marquette Lounge, Felix’s Atlanta, My Sister’s Room, Energy Daiquiri Bar, and Future Atlanta! 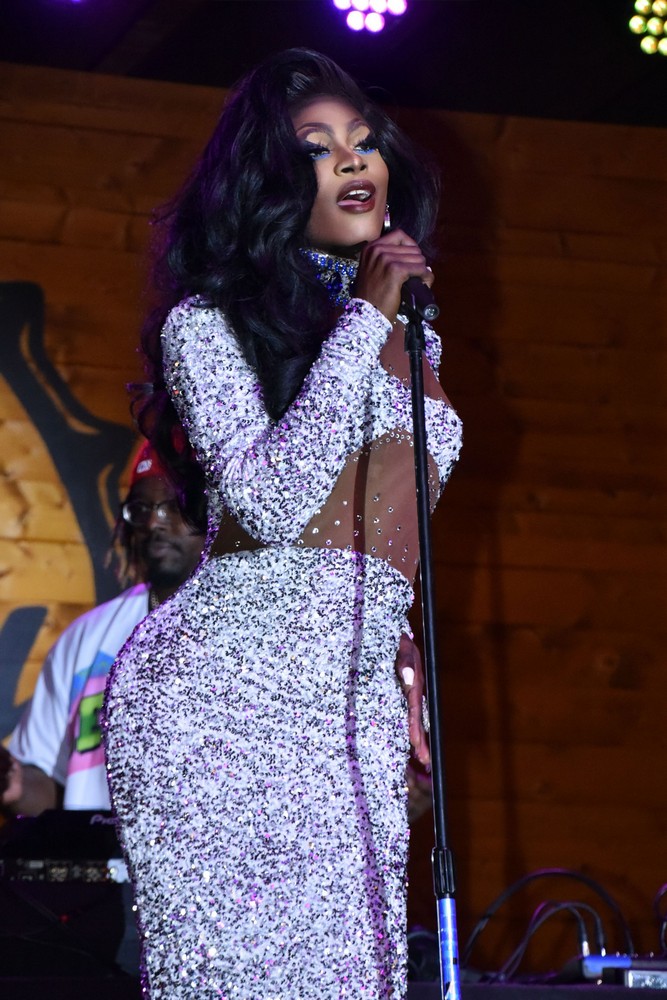 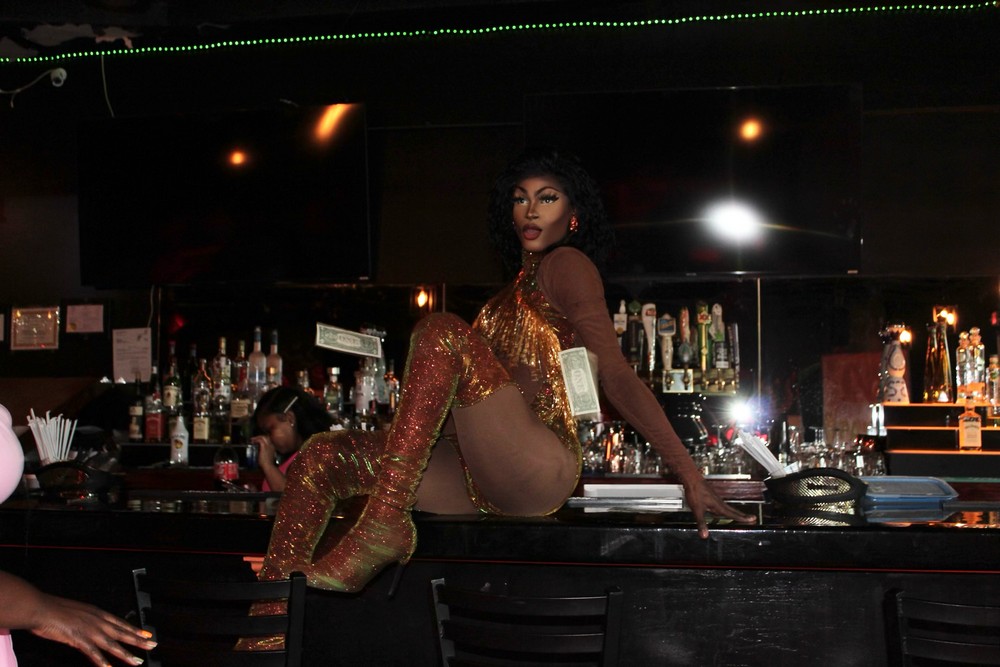