We had the good fortune of connecting with Andrew Lee and we’ve shared our conversation below.

Hi Andrew, is there something that you feel is most responsible for your success?
In the world of filmmaking, there is an abundance of directors that want to be the next big thing. The next Spielberg, the next Scorsese, the next Hitchcock, etc. but none of these directors started in the industry with the mindset to want to be the next big name in Hollywood; they just wanted to make good movies. Being authentic as an artist is what made these legends so successful and this is exactly what drives my brand. 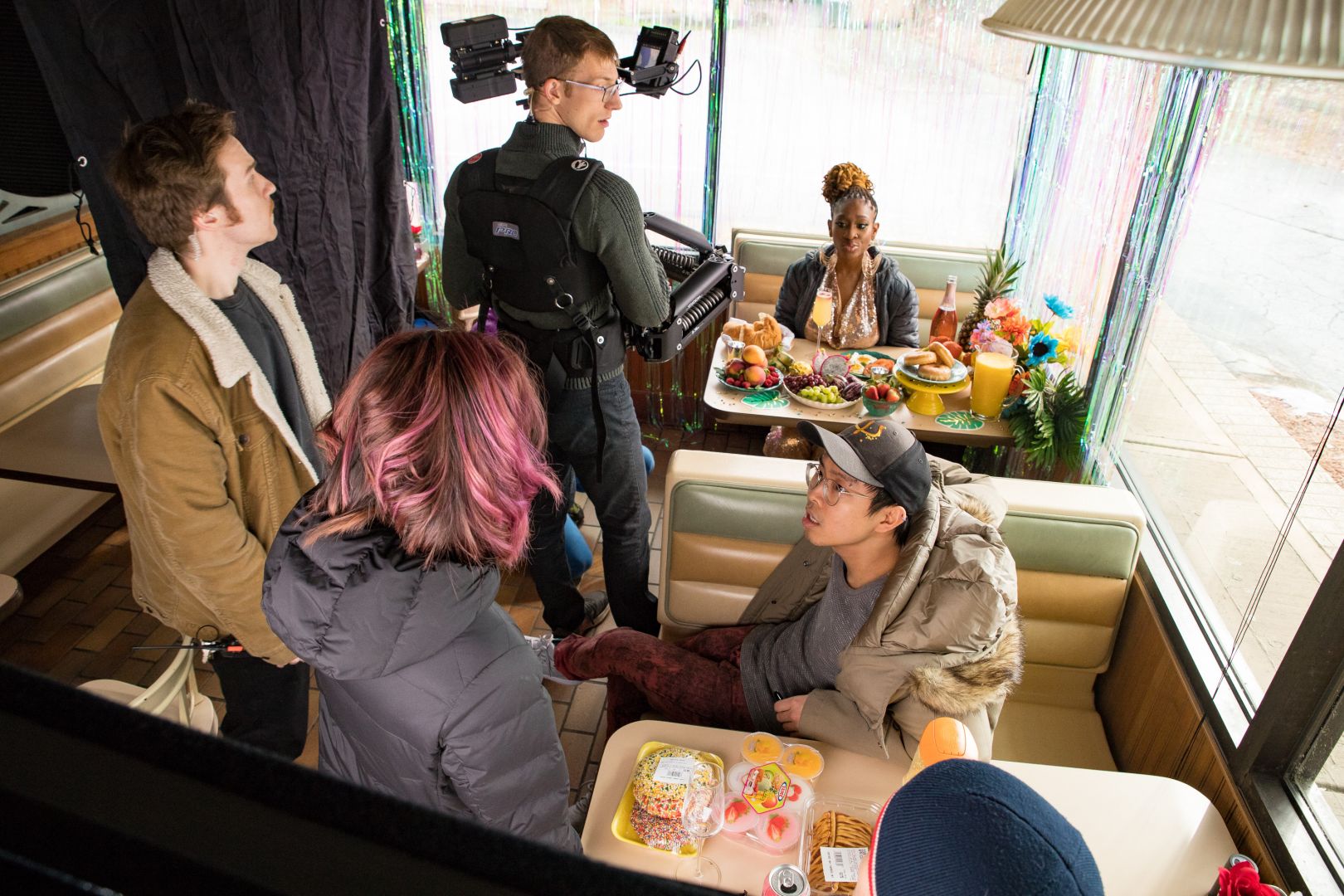 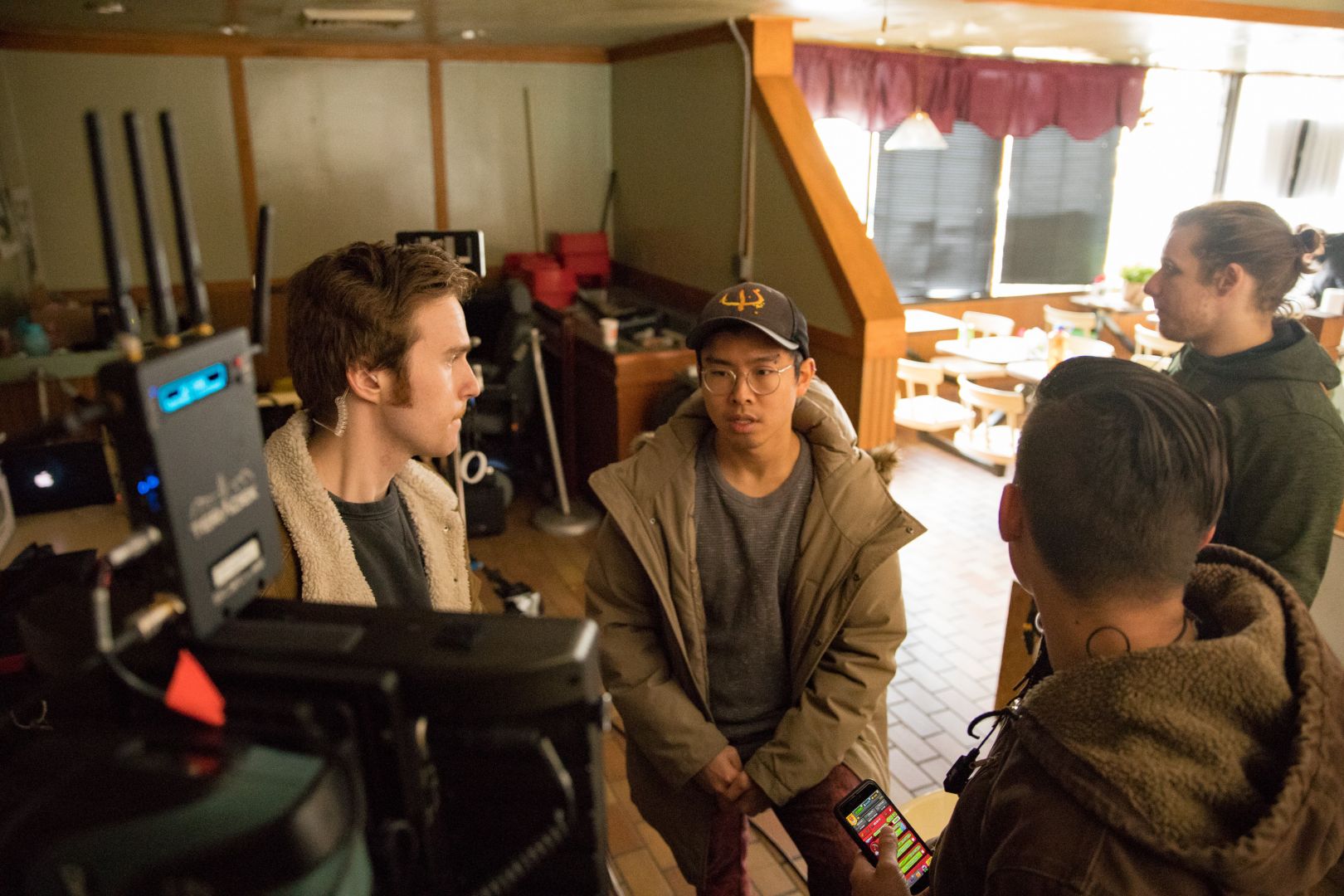 Can you open up a bit about your work and career? We’re big fans and we’d love for our community to learn more about your work.
Unlike other directors, my love for filmmaking did not occur during childhood. I fell into movies during college where I didn’t really know what I wanted to do in life. I would binge watch movies and it would help me escape into someone else’s shoes, someone else’s story, and I would forget about the world around me. I’ve always felt that being engaged while watching movies was a magical experience but it wasn’t until I started taking Film Theory and Film Production classes (for fun) where I really started to grow to appreciate the craft of filmmaking and the artistry of the frame. Ever since then, I’ve had nothing but respect for the art form and want to contribute to pushing its boundaries. One of the biggest challenges that any filmmaker will go through is having to convince others to want to work on your project. Film is one of the most, if not most, collaborative art form, requiring dozens to hundreds of people all working together to make one motion picture. However, not every filmmaker has a hollywood budget, and not every filmmaker has the necessary equipment. I am incredibly lucky that I’ve grown up with a group of friends that are just as passionate about their craft as I am and are willing to work on my projects. In order to brand myself, I’ve created a film production company called “Eboshi Platinum”. What separates my production company from others are 3 tenets: 1. Believe in the story – We will not create a film unless we are passionate about the story, its characters, its world, etc. Filmmaking is extremely difficult and requires a lot of time, money, and people. It would be a complete waste of time if we did not care about the story. 2. Rest is a requirement – The “normal” set day is 12 hours working with a 30 min lunch. Having worked on multiple sets both indie and big budget, I can honestly say that nobody likes working that long. Yes, it’s very lucrative but the body and mind loses functionality without proper rest. I hope to normalize a 10 hour work day instead of a 12. 3. Pre-production is king – As I mentioned, films require a lot of time, money, and people. When you have limited time to shoot, everything that will happen on that day should have been meticulously planned inside and out, in order to make sure nothing gets in the way of your shot. 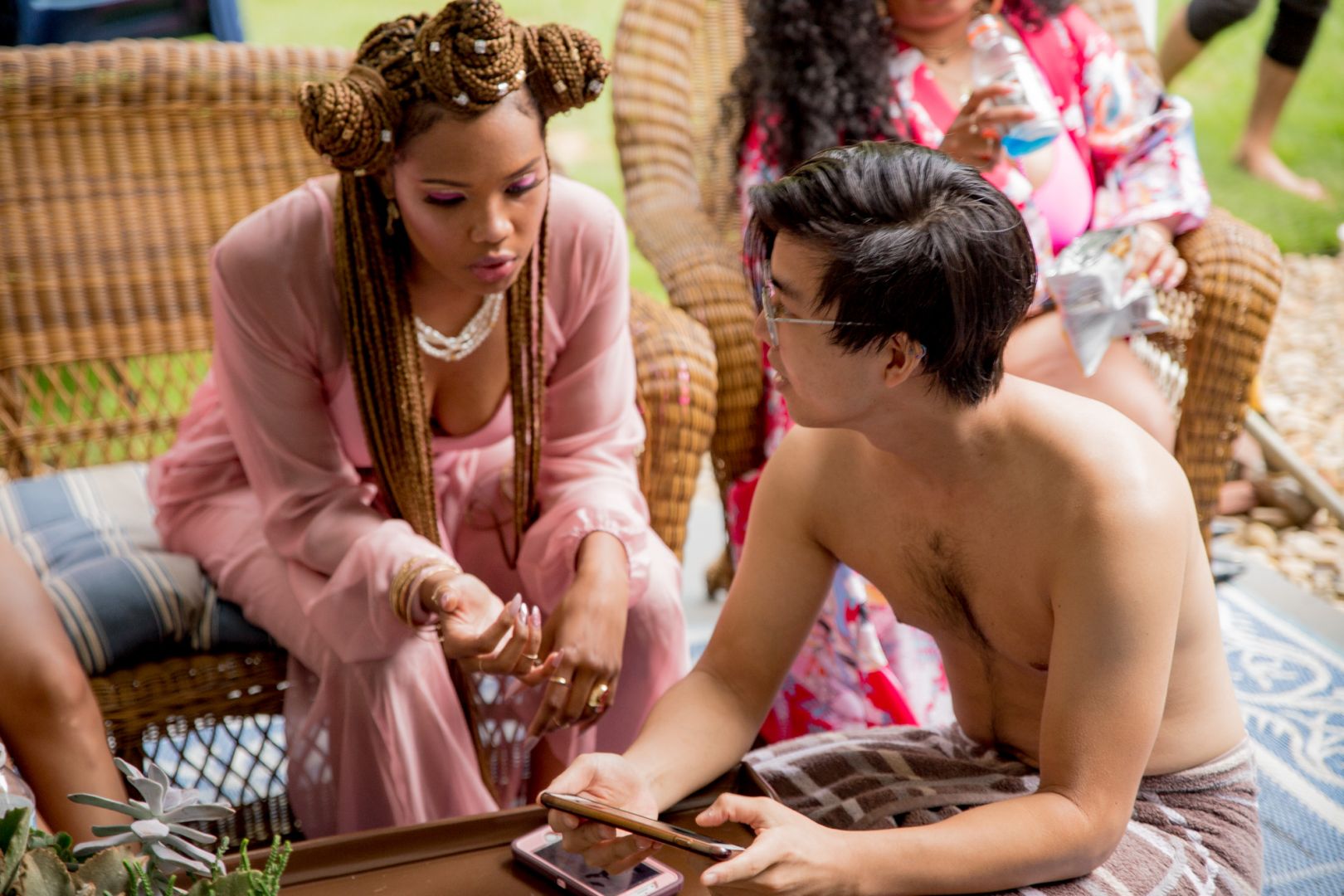 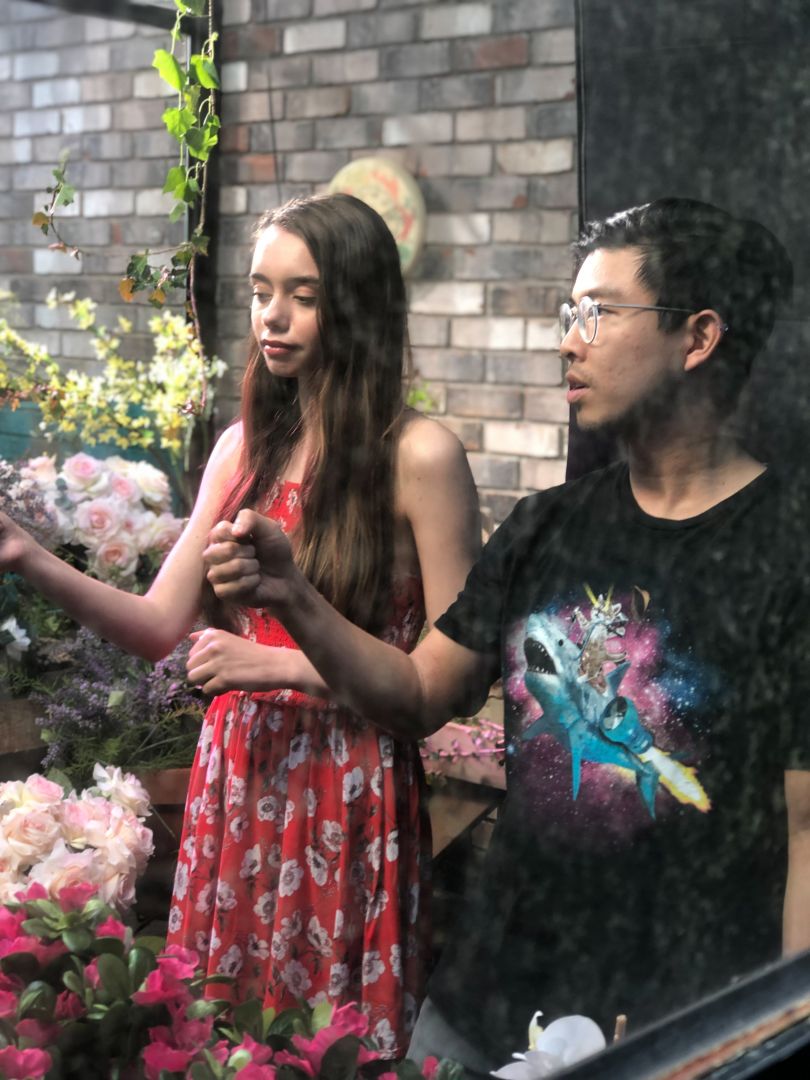 Let’s say your best friend was visiting the area and you wanted to show them the best time ever. Where would you take them? Give us a little itinerary – say it was a week long trip, where would you eat, drink, visit, hang out, etc.
Breakfast – Le Petit Marche in Kirkwood is one of my favorite spots to eat breakfast. The inside decor has a cute southern charm to it but it’s really the food that brings me back time and time again. The griddle cakes, french toast sandwich, and grits stack is just simply scrumptious.

Lunch – Krog Street Market is one of the best food halls I’ve ever been to. They’ve got all independently owned restaurants with a variety of options from Mediterranean to Japanese to American to Mexican; you simply cannot be disappointed. It’s one of my go to places for anyone visiting simply because of the variety of option; there is something for everyone.

Dinner – Argosy in East Atlanta Village is a great spot for freshly made pizza and drinks. They’ve got a rotating menu based on seasonal ingredients and if you have vegan friends they can give a vegan substitute for cheese. Their drink selection is also wonderful with a massive variety from cocktails to local brews.

A quick list of places to visit and tour around are: – The Georgia Aquarium (one of the largest in the world) – The Coke Museum (Coca-Cola was created in GA) – Little Five Points (local area with a variety of odd shops to visit) – Civil Rights Museum – High Museum of Art – Botanical Gardens / Piedmont Park 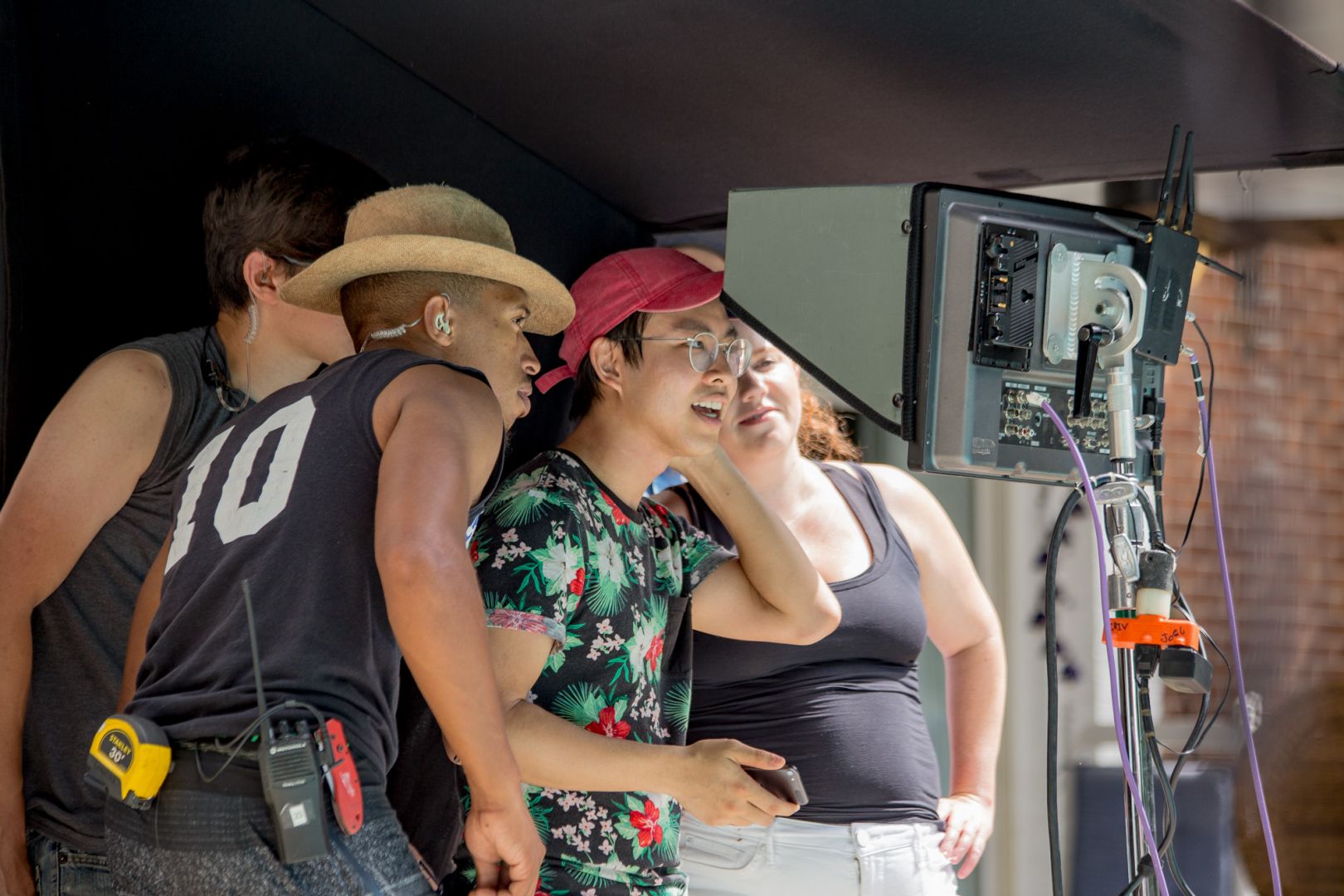 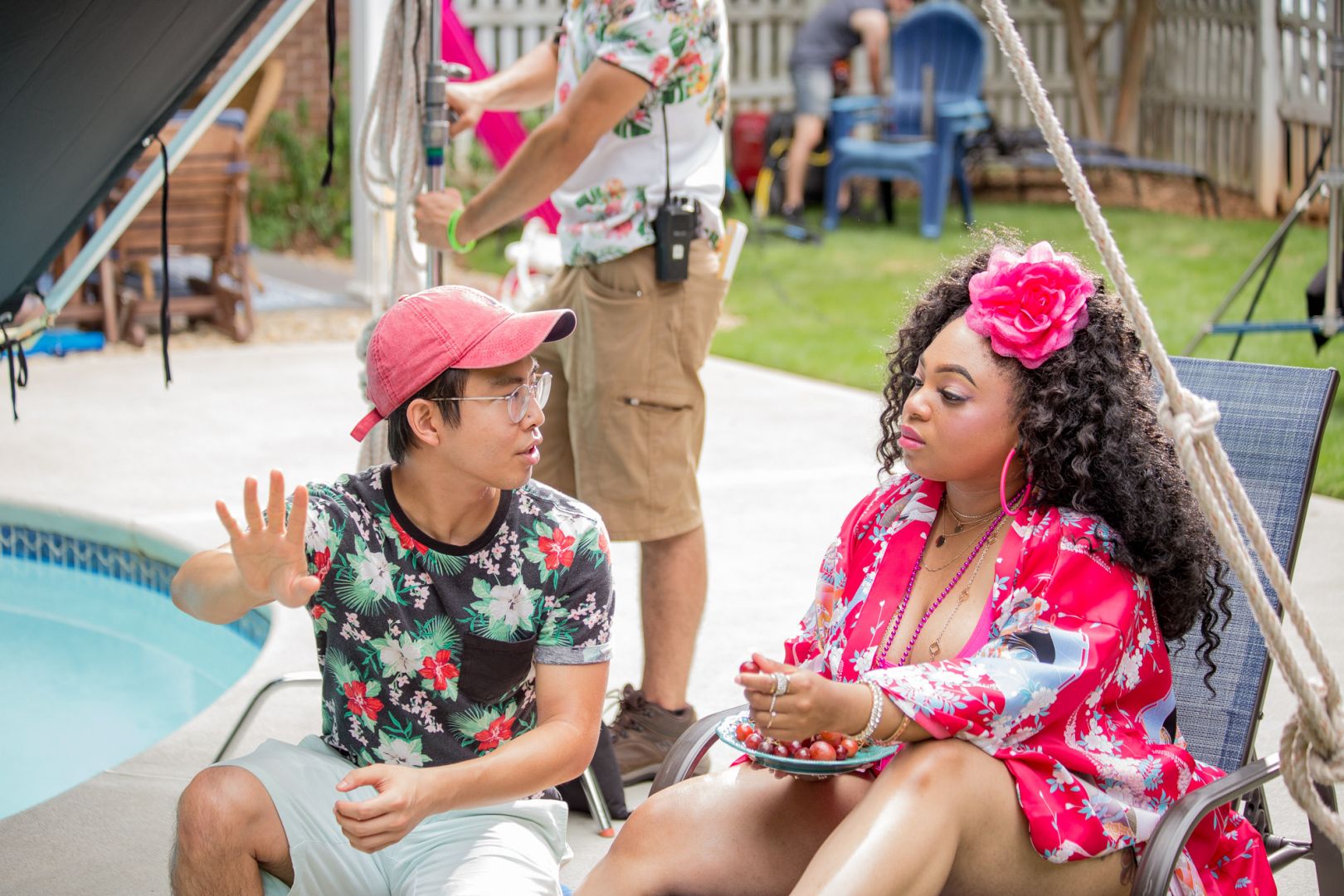 Shoutout is all about shouting out others who you feel deserve additional recognition and exposure. Who would you like to shoutout?
I cannot be in this position where I am without the dedication and trust from the film crews on my projects. Each shot requires countless of other creatives to work together like clockwork. While I may be at the helm directing, making any project – be it commercial, feature film, short film, or music video – is absolutely impossible on my own. I want to thank the crew for their time, dedication, and artistry they provide to me on every project I bring them on to.