We had the good fortune of connecting with Adrian Gardner and we’ve shared our conversation below.

Hi Adrian, we’d love to hear about how you approach risk and risk-taking.
Taking risks has played a big part in my life and career. I moved to Atlanta, away from any friends or family when I was 18. I didn’t really have anyone in the city that could lead me or show me the way, so everything I know now I had to figure it out by trial and error. This happened not only during my adjustment to a new city but also during my first year of college as well as my first year or being a musical artist. I personally feel like taking risks is the only way that you can truly find out what kind of person you are. It’s easy to be complacent and content when you stay in your comfort zone, but you really won’t know what you’re capable of until you push yourself to leave your comfort zone. 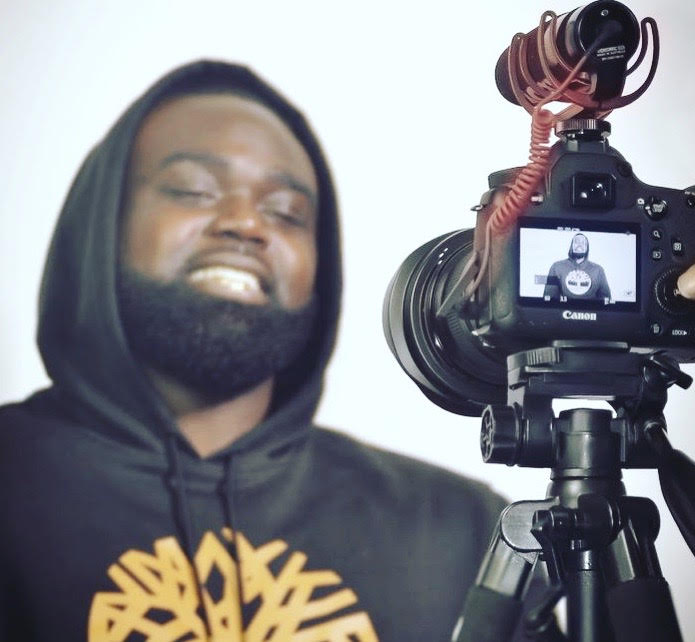 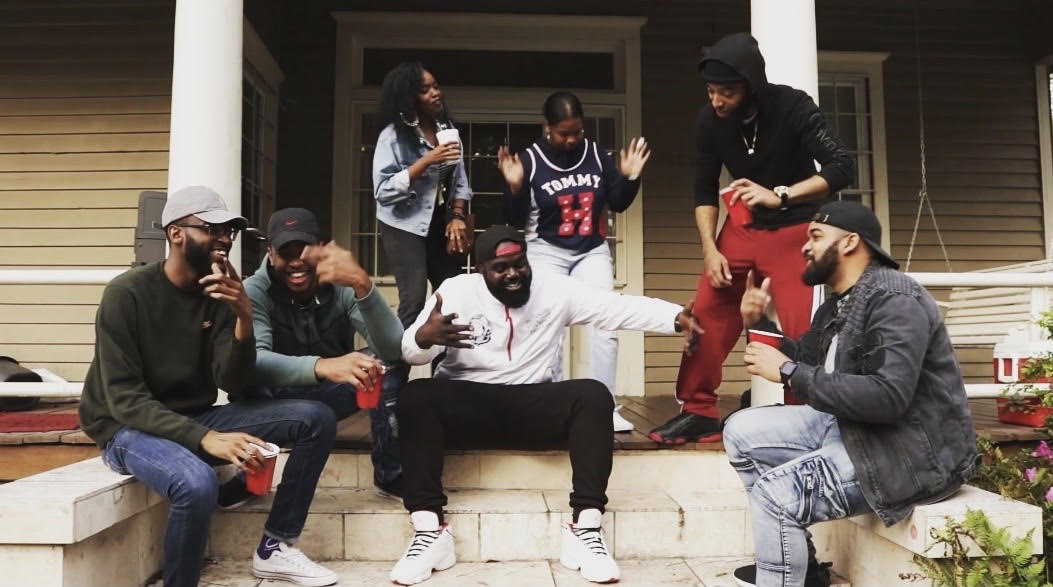 Can you open up a bit about your work and career? We’re big fans and we’d love for our community to learn more about your work.
First and Foremost my stage name is Da Real AG, and I’m a true Southern Hip Hop Artist. I’m also independent and have been operating as such since 2017. The thing that sets me apart from other Southern Artists or artists who have a similar sound is the fact that my music illustrates the grind of an independent artist from a perspective that is very outside of the norm for Rap. In addition to being an independent rap artist, I’m also an educator at a middle school in a poverty-ridden area. Historically speaking, educators haven’t always been given the best depictions in rap music because artists frequently say that their teacher told them they wouldn’t amount to anything before they started rapping. The fact that I’m an educator who doesn’t shy away from mentioning it in his music, along with the fact that my music still has enough of an edge and a relevant message and sound to still be receptive to various audiences is what gives me my own lane. I don’t know of any other artist that’s an educator AND can still consistently release music that’s not considered “corny” while maintaining substance at the same time. The road to being a fully independent artist hasn’t been easy by far. I’ve definitely taken my fair share of bumps and bruises along the way. These have included people refusing to give me files to songs I recorded at their studio, whole music video footage disappearing, homelessness, dealing with bad contracts and agreements, and most recently just dealing with people who don’t share the same vision that you have. The way that you overcome obstacles in the industry is by staying informed, staying motivated, staying consistent, and never quitting. I’m not anywhere near where I want to be but I’m definitely miles ahead of where I was and I’m a lot smarter now. I’ve learned two main lessons: The first is that as an independent artist with no label or machine behind you, you need to know how to read your own paperwork. You need to know the different types of deals, how split sheets and percentages work, as well as the terminology used in these contracts and deals. I’m not an expert on entertainment law by far but I avoided putting myself in a lot of bad situations by familiarizing myself with the language of the industry so I can identify red flags at first glance that a lot of artists miss. The main thing I want people to know about my story is that you don’t always have to follow the blueprint. Don’t be afraid to create your own lane with your own story. Everyone’s journey won’t be the same. As long as you have a plan and a team of like-minded individuals that believe in you, the sky is the limit. I also want anyone who sees me and is thinking of pursuing music to know that contrary to popular belief nothing in this industry is free, especially if your independent. Don’t let anyone discourage you from getting a job or side hustle to finance your dreams, especially if they aren’t contributing to your vision.

If you had a friend visiting you, what are some of the local spots you’d want to take them around to?
Ok well first and Foremost we would have to hit up Oak Atlanta for their brunch and day party on Sunday to start off the week, it’s the best party in the city. On Monday we could hit up Jack’s Pizza and Wings over by Inman park, I swear they have some of the best wings and pizza in the city. On Tuesday we could go hang out in Lil 5 Points. The whole area is a vibe and on Tuesdays, El Bandidos does $3 Margaritas, you can’t beat that! Wednesday we could catch Happy Hour in College Park on Main Street. Tom, Dick, and Hanks has good food and a decent Happy Hour Menu. After that, we could go catch a movie at Starlight Drive-In on the EastSide off of Moreland ave. It wouldn’t be too packed on Wednesday Thursday we can go back to Oak. They have this smooth RnB under the Stars party on the roof. They got good hookahs, food, and its a whole vibe the rooftop is a whole vibe once the sun goes down Friday we can do all the little tourist stuff like go to the Aquarium or World of Coke or sum like that, and that night we could visit a studio before going to Opium or Eleven45 or one of the other spots in the city. Edgewood, Ponce City Market, and Auburn avenue is also a move on Fridays Saturday could be a wind-down food day where we catch another brunch at Corner Tavern, either in Lil 5 Points or on Edgewood. We can also hit up Atlantic Station downtown or any of the other various places in the city 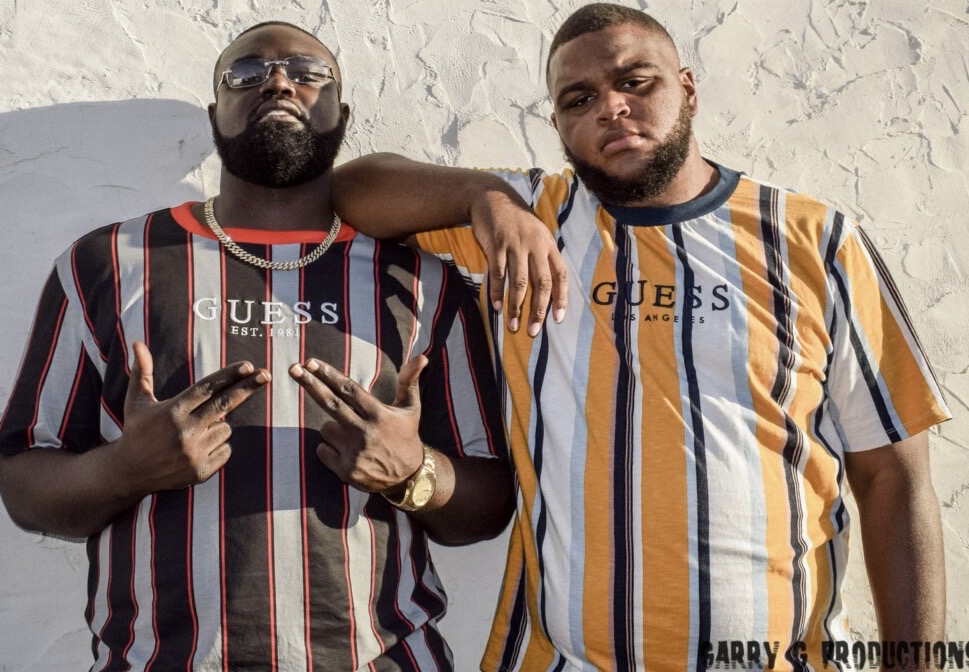 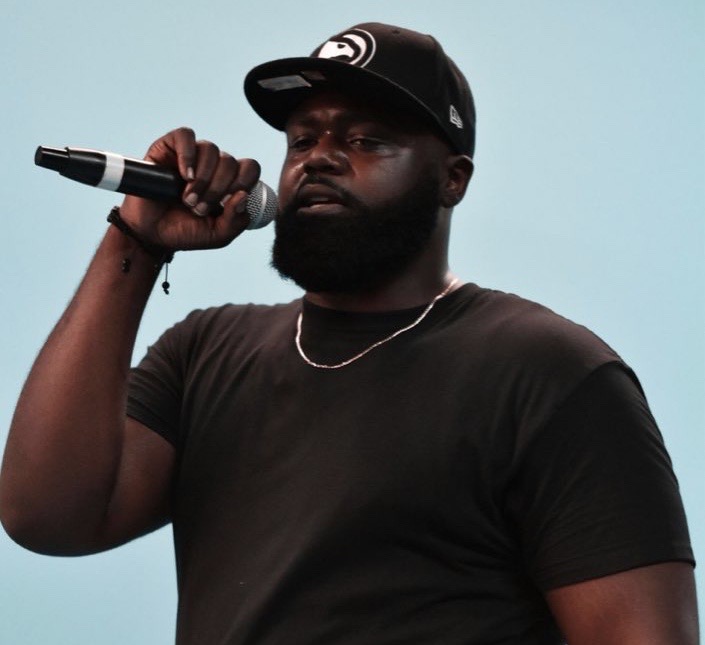 Shoutout is all about shouting out others who you feel deserve additional recognition and exposure. Who would you like to shoutout?
It’s a number of people whose support and kind words have guided me over the years but 2 main conversations stuck with me. The first person was my cousin Ken Davis who passed away while I was in college. The very last time I saw him before he passed he told me that he was proud of me and that even though it’s gonna be doubters along the way, he’s always gonna be in my corner and believe in me. Now that he’s gone those words never left and I’ve used them as motivation ever since. The 2nd person was my mother who told me that no matter what anyone else thinks I should do, it’s my life to live, I’m the only one who can live it, and do whatever makes me happy. Those two conversations still stick with me to this day