We asked some of the sharpest creatives we know to share their insights with us about how folks can best go about generating a full-time living from their artistic or creative careers. 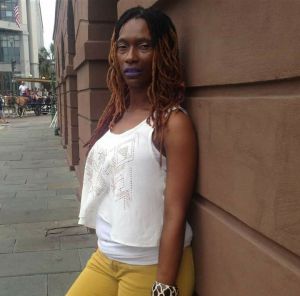 I began my business as a means to create extra cash while attending The University of South Carolina. This was in 1998. After graduating I moved back home to Charleston, SC. My plans were to get a job and move forward with a career. Things really changed when I was fired from my job for speaking up for another employee. I was confused as to what to do next when I heard a message that reminded me that I had already created a business for myself. Sometimes on the weekends I would pop up at the Charleston City Market downtown Charleston to sell my work so from that message I decided to focus on selling my handmade jewelry at that location full time. I made sure to have lots of inventory to sell and showed up everyday in hopes I would be able to sell my work. As I continued to do this the days I could participate increased. After about a year I became a permanent vendor. I was blessed to work at the market for 16 years. It was very successful. I learned a lot about people and enjoyed sharing my gifts. Some of the most important steps I took to accomplishing these goals were to be determined, persistent and focused. I also frequently listened to successful entrepreneurs who had CDs and tapes on How to Close the Sale. It was so interesting and enlightening. The book that I purchased was How To Think Like A Millionaire. There were daily affirmations inside that I used to reprogram my mind to attract customers. I still use many of those affirmations today.

About me: I own an online African Jewelry making business that specializes in one of a kind African art jewelry. Crystals and Tarot card readings are also apart of my offerings on the website.

I started my production company while I was in college and started doing corporate videos for businesses in the area. At the same time I was producing a feature documentary that actually got me a few more clients. After college in Tennessee I moved to Atlanta and continued making corporate videos while I tried to get on a tv show as a production assistant. This process took about 8 months of heavy networking and hard work. After that I was able to work as an office assistant on a commercial, then a tv series, a few reality tv shows and a feature film for a large studio. As an assistant I was able to meet people from all departments of production and transitioned to work as a location scout.

About me: I’m a director – producer working in film and tv projects

I live frugally on a boat in LA. I have lived on this for 3 years. Before then I lived in a small one bed with my daughter. We arrived in LA with six suitcases for a short amount of time to film a movie. I wasn’t aware how the next ten years would pan out, however as each day unfolded it became more and more clear about what life we wanted. We wanted to stay in LA. My daughter would need an agent and I would support her in her chosen career. As luck would have it my directing skills found a place in our new lives. Over the last five years I have worked towards a constant elevation for myself and my daughter. This included saying “yes” to everything. To events, to people, to work, whatever whenever and however. I feel like after the ten years of working with my daughter and five years of my career here, we are now on the bottom rung of the ladder!

About me: I am a storyteller, this shows itself through my work. I am Creative director of Mother and Daughter Entertainment. I have a podcast and book of the same name Filmmaking Without Fear. I am a storytelling healer.

How to think through whether you should start a business

Work-Life Balance: is there such a thing?