Thinking through whether to start a business – whether to take the risk, whether to go out on your own – isn’t easy. So we asked some entrepreneurs we admire to tell us about how they thought through the process of starting a business. 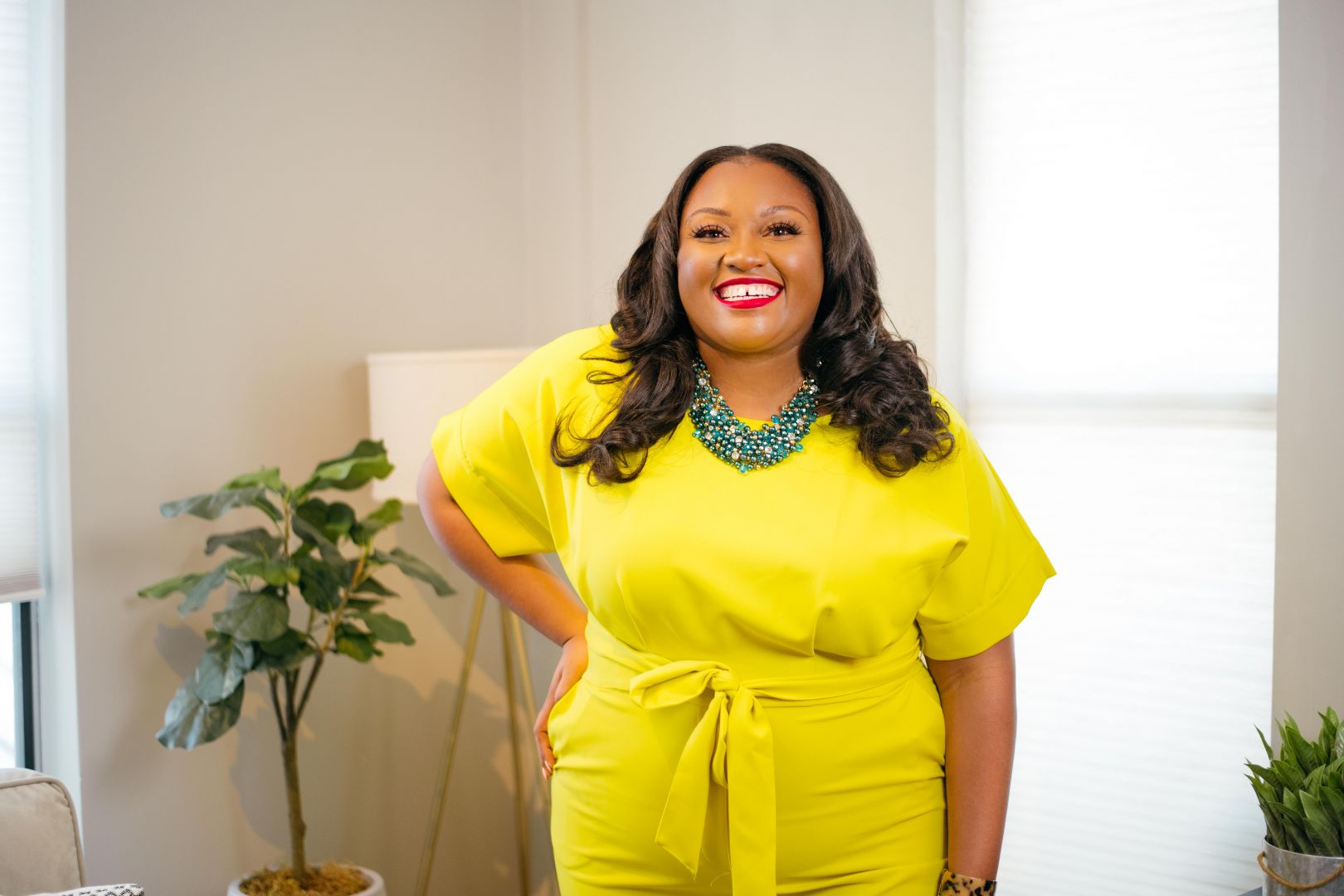 Growing up I always loved to get dressed. I get that from watching my parents shop and style their outfits. We didn’t have much money but I recall countless times when we would purchase clothes from the thrift store, style it with something we already owned, and walked out the door looking like millionaires. Over the years, I developed a passion for getting dressed to make myself feel bold and powerful. I used my getting dressed routine as a way to pour into myself and set the tone for my day. When I started my image and style services, my one goal was to share that feeling with other women. I wanted women to feel amazing just by the clothes they wear so they can show up with confidence. Read more>> 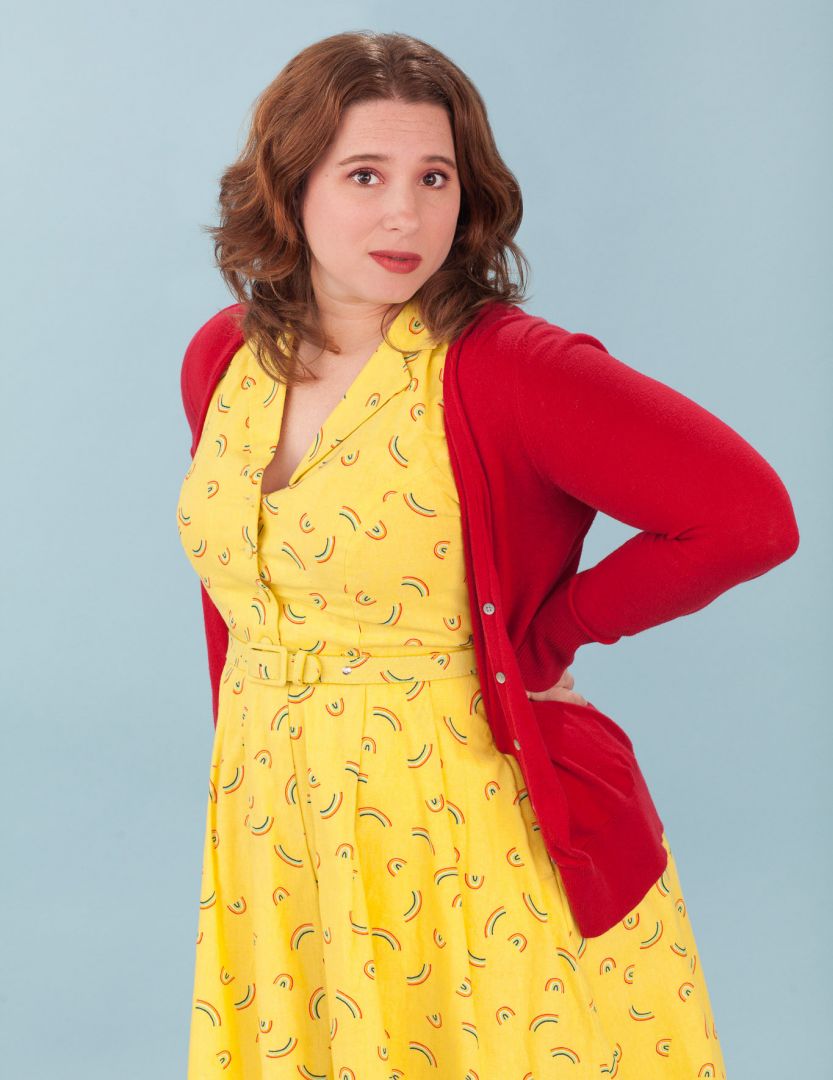 When we started Critical Crop Top in 2016, what we really wanted was to create a space for women to make comedy in an environment that was safe and empowering. Comedy has not always been a place that has welcomed women or valued them as “funny people” and we just saw so many smart and funny women around us -we really wanted to change the perception of that. Starting this business has not only provided us with a platform to share our own work, but to pull in new voices and collaborate with so many incredible woman and Atlanta artists. Read more>> 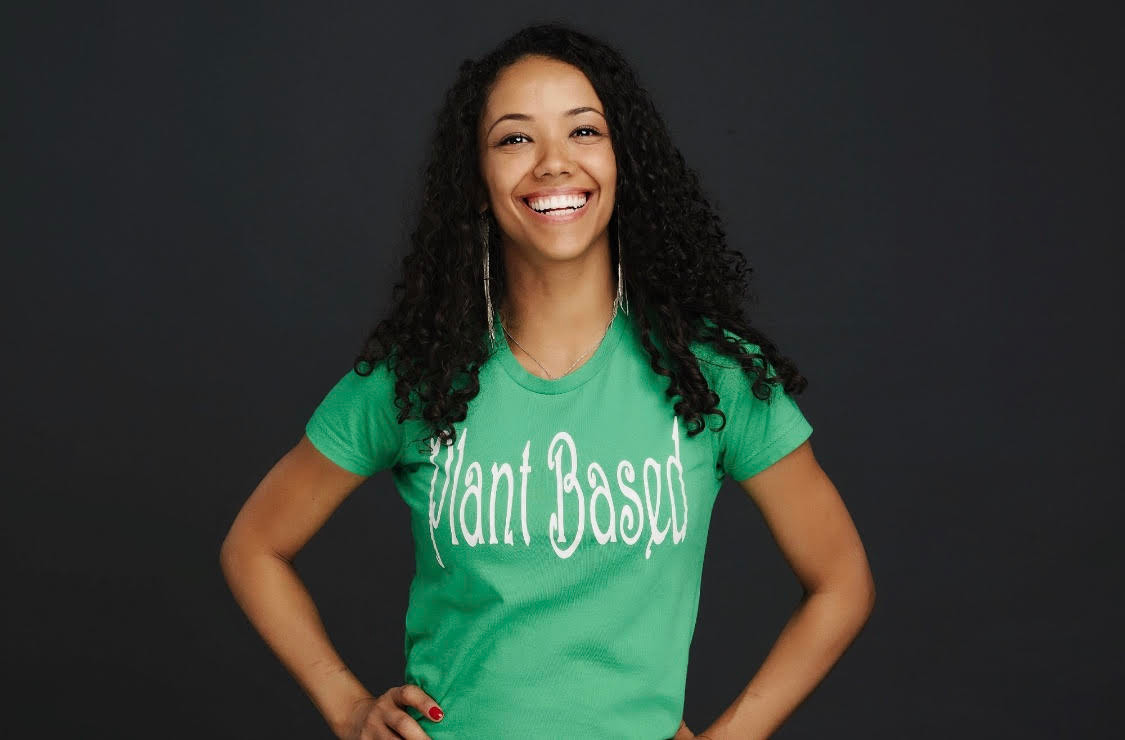 I made the decision to be a stay-at-home mother after I had my son. After having spent almost 8 years with him including homeschooling, it was very difficult having to “leave” my son to start pursuing my career and my dream of being an entrepreneur. Read more>> 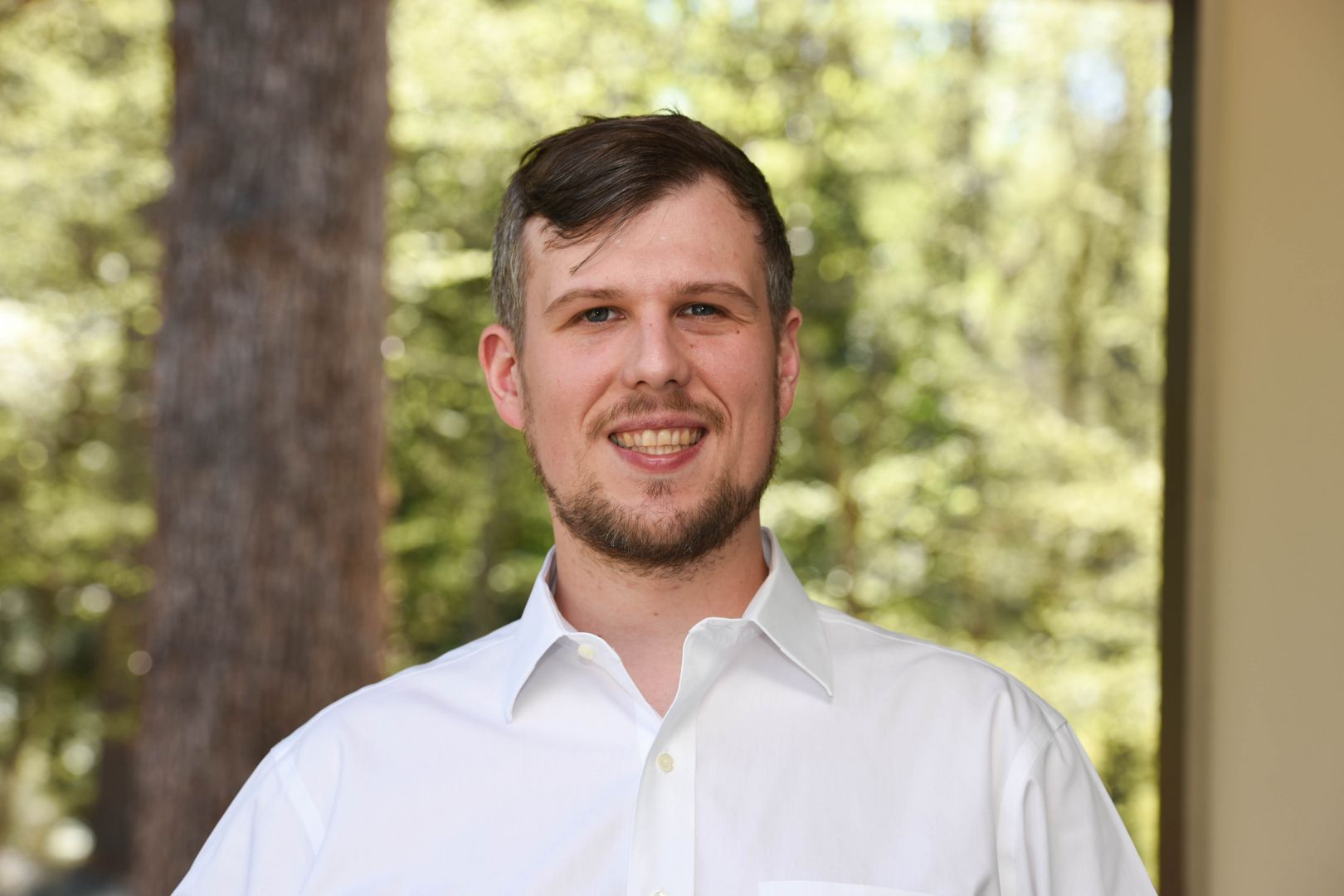 After I graduated from Georgia Tech, I got my first job at Danger, Inc., a legendary mobile computing company that created many of the precursors to the modern mobile ecosystem. Danger was later acquired by Microsoft, and I worked there for a while. So my early career experiences were at the cutting edge of software engineering, where I interacted mostly with computers and other engineers. After Microsoft, I worked in the technology divisions of some business consulting firms. There, my work was focused much more on people—on solving business problems that had a real impact on people’s lives—instead of just writing software all the time. Don’t get my wrong: the work that software engineers do is pivotal to the success of any business technology solution. Read more>> 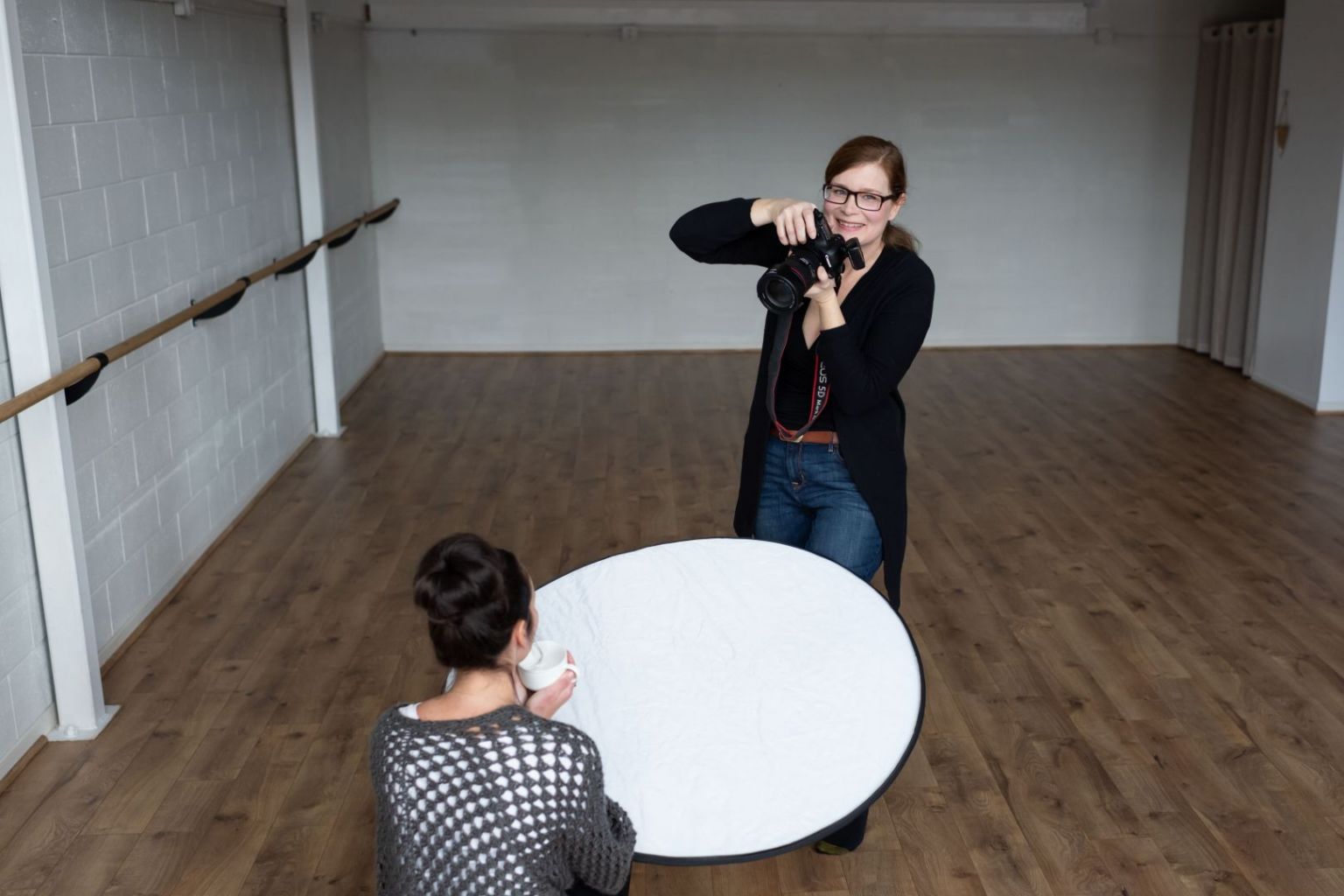 While I was a staff photographer working as a journalist, I shot freelance photo assignments as a side hustle. So, since the beginning of my career in photography, I’ve had a part time photography business. I just didn’t know how to turn these gigs into a full time job. Like a lot of artists, school did not prepare me to be a business owner, so I learned those skills slowly over time. Read more>> 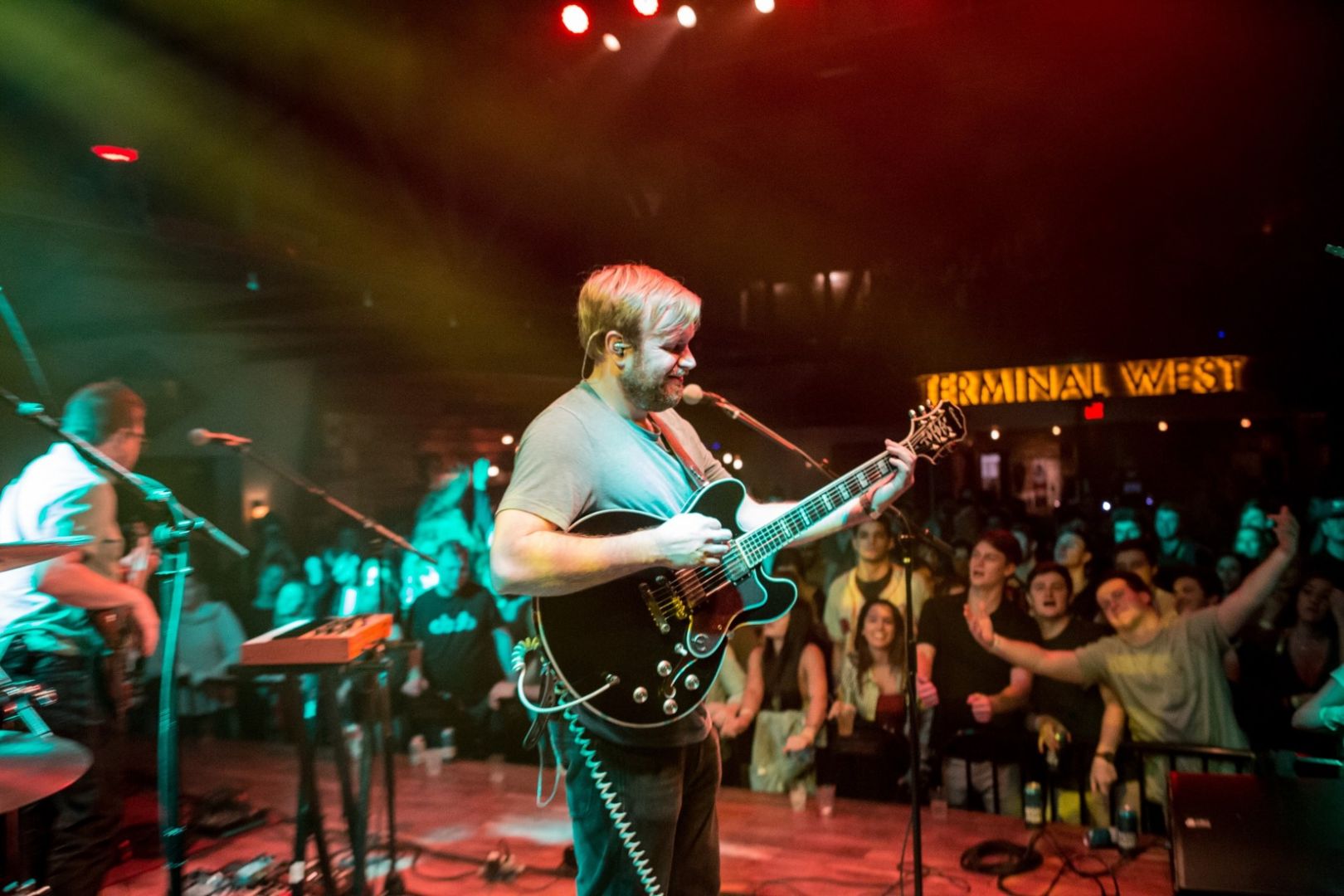 My thought process behind starting CBDB was to use my advertising/design background and treat the band like a brand. First, we needed a clean and easily recognizable logo to embody the good reputation and trust we were building with fans through our songs, shows and merchandise. That is still the way we try and run it today. Read more>> 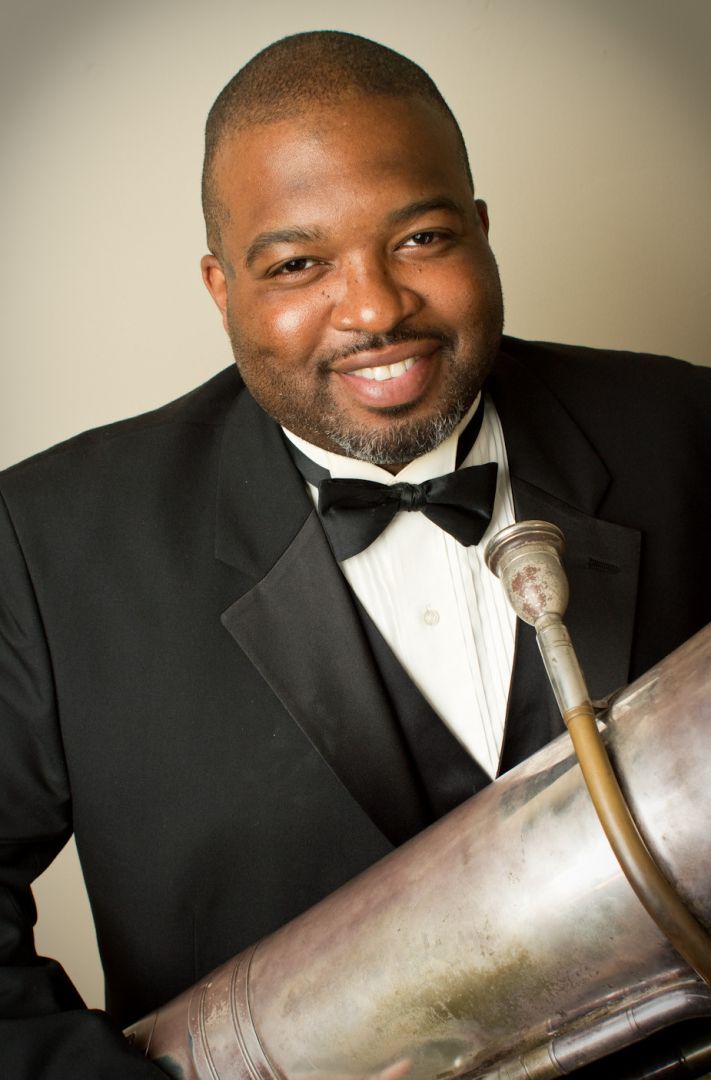 At the request of my tax accountant in 2008, I decided to incorporate my freelance activities into a business, The Flythe Group, Inc., to help generate more revenue and save money through deductions. I realized that this new business model also would help me reach other music students and help lead to additional performance opportunities in the future. Read more>> 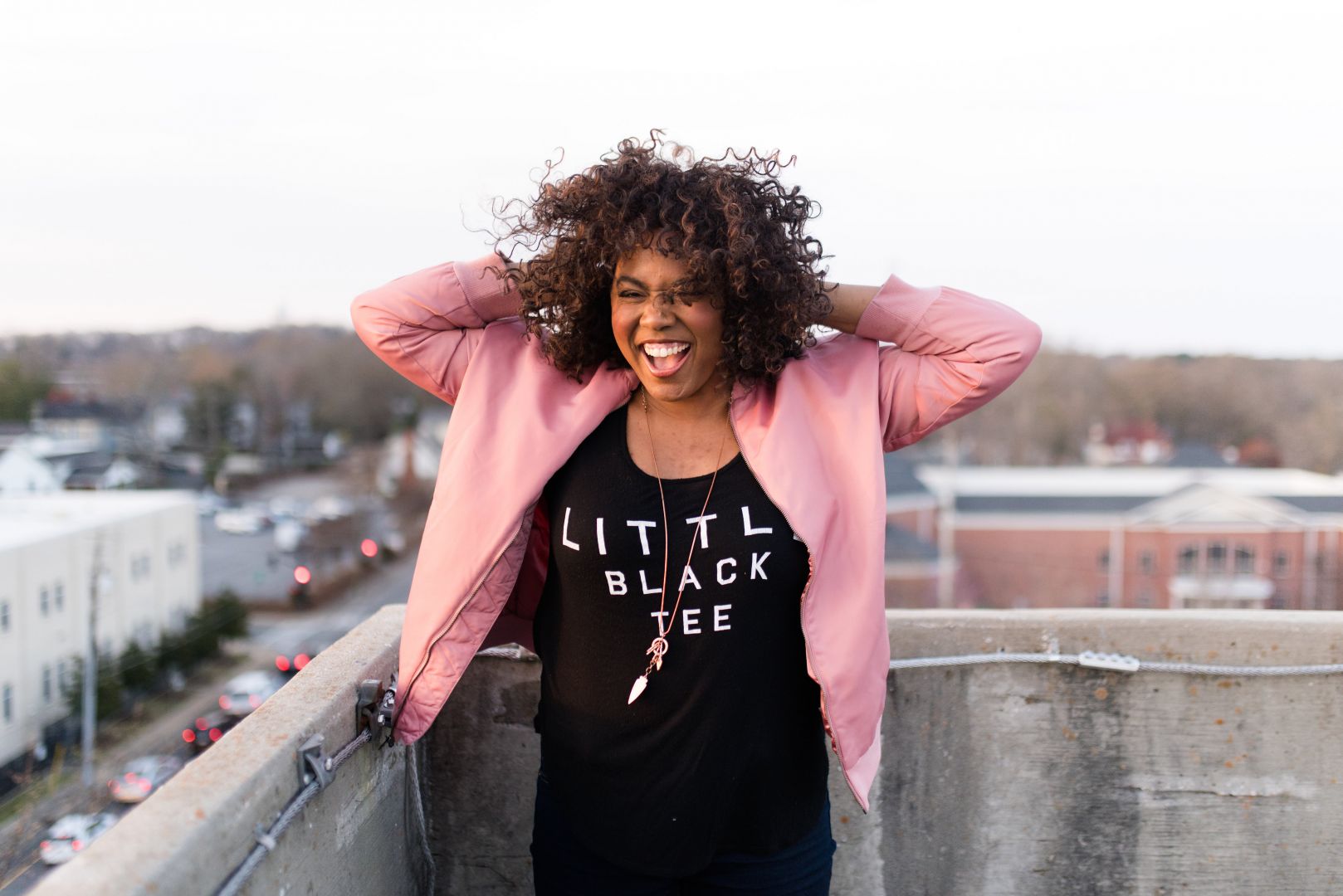 The thought was “I don’t want to start my own business”. That sounds counterproductive but it’s true. I did not anticipate EVER having my business, but I knew even before I moved back that it was a part of God’s plan for my life. I lived overseas in Dubai for 4 years. They were the most trying, growing, and precious four years of my life. I accomplished things there I could never have imagined accomplishing in my lifetime in the U.S. One of the many was performing in the off-broadway production of Nora Ephron’s “Love, Loss and What I Wore”. I had the privilege of working with an all-star cast from the UK, Whales, and London’s West end Theater. At the end of our show’s run, I was unable to pick-up payment because I was attending my grandfather’s funeral in the U.S. Read more>> 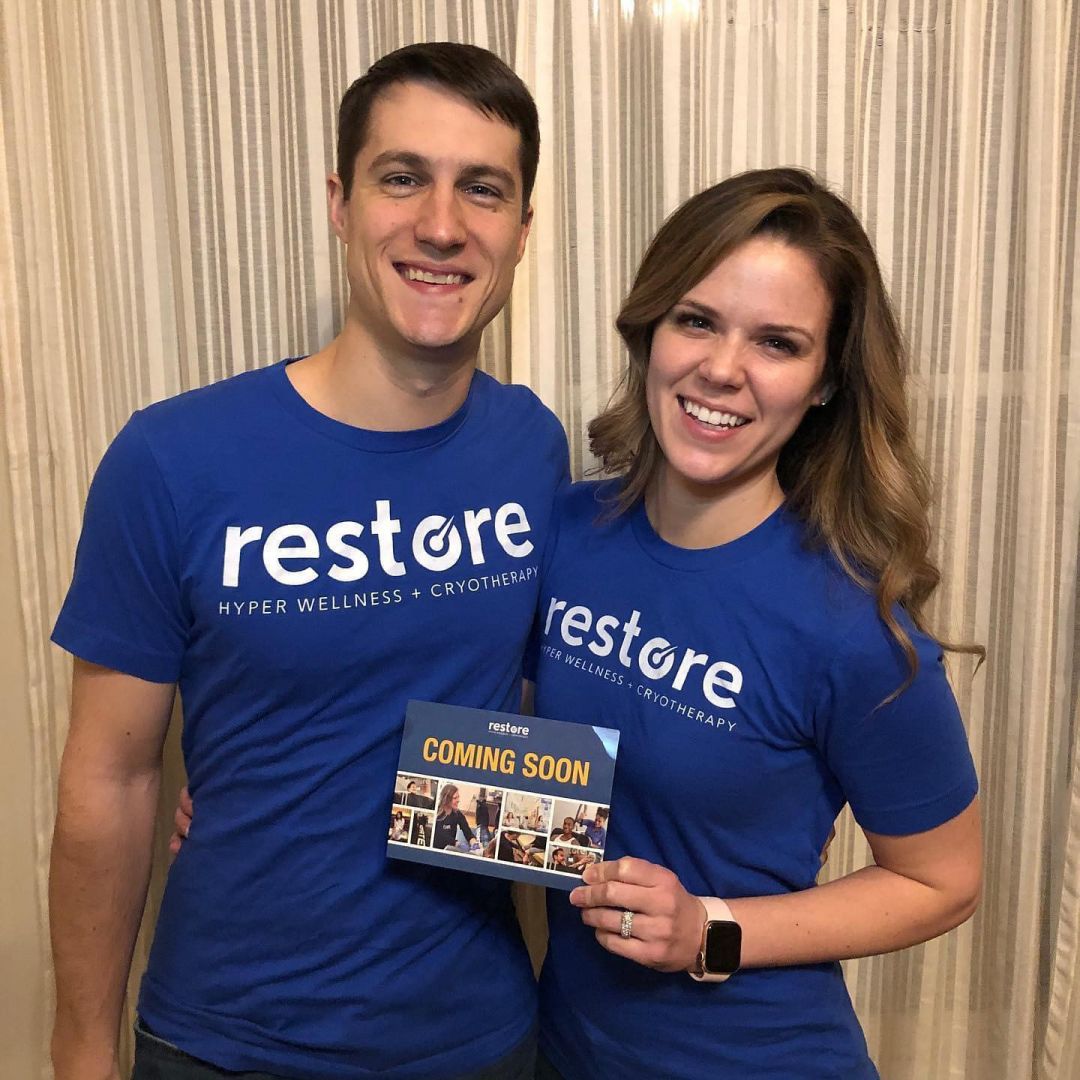 I am a Nurse Practitioner with an entrepreneurial spirit. I have always struggled to find a good middle ground when it comes to my career path. I’ve worked for majority start up companies and have enjoyed being a part of building something from the ground up. When I discovered Restore Hyper Wellness and the opportunity to build and grow a business for myself that was in the health and wellness space, and allowed me to practice as an NP, it felt like the perfect fit. Read more>> 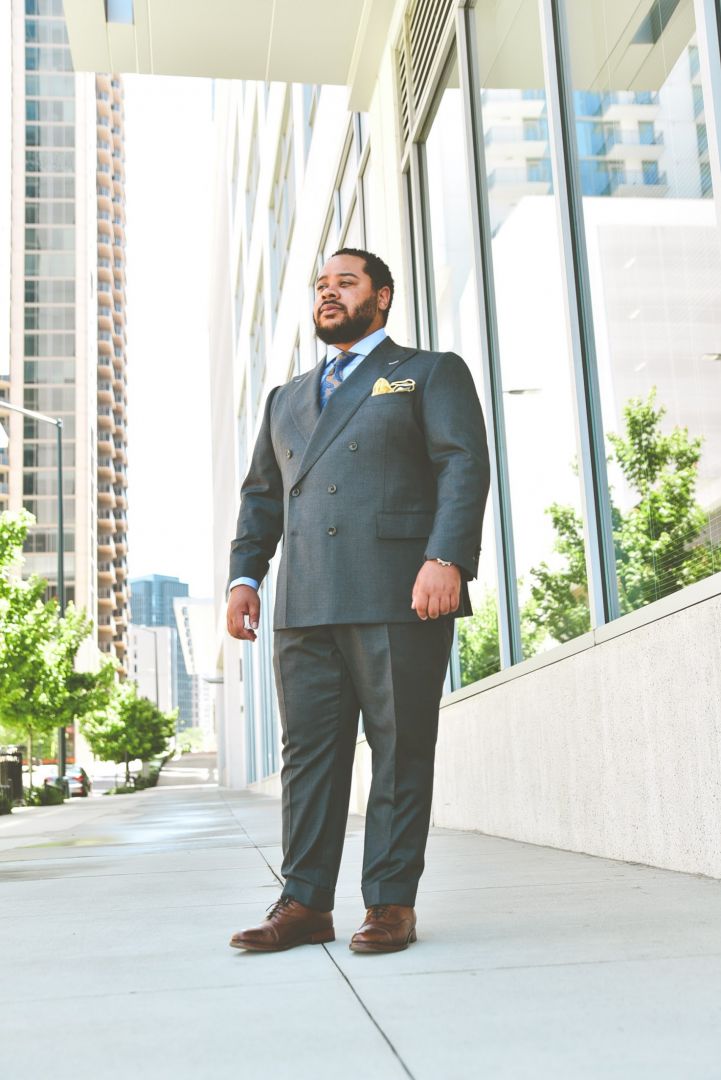 I started The Silent Bestman as a way to commune with gentlemen as they prepare to get married. It’s easy to get dressed, stand at the altar, and say what you are told to say, but it takes a lot more to be involved and active in the wedding process. Often times men don’t feel like they have a voice in the matter and I am here to show them that they do! Read more>> 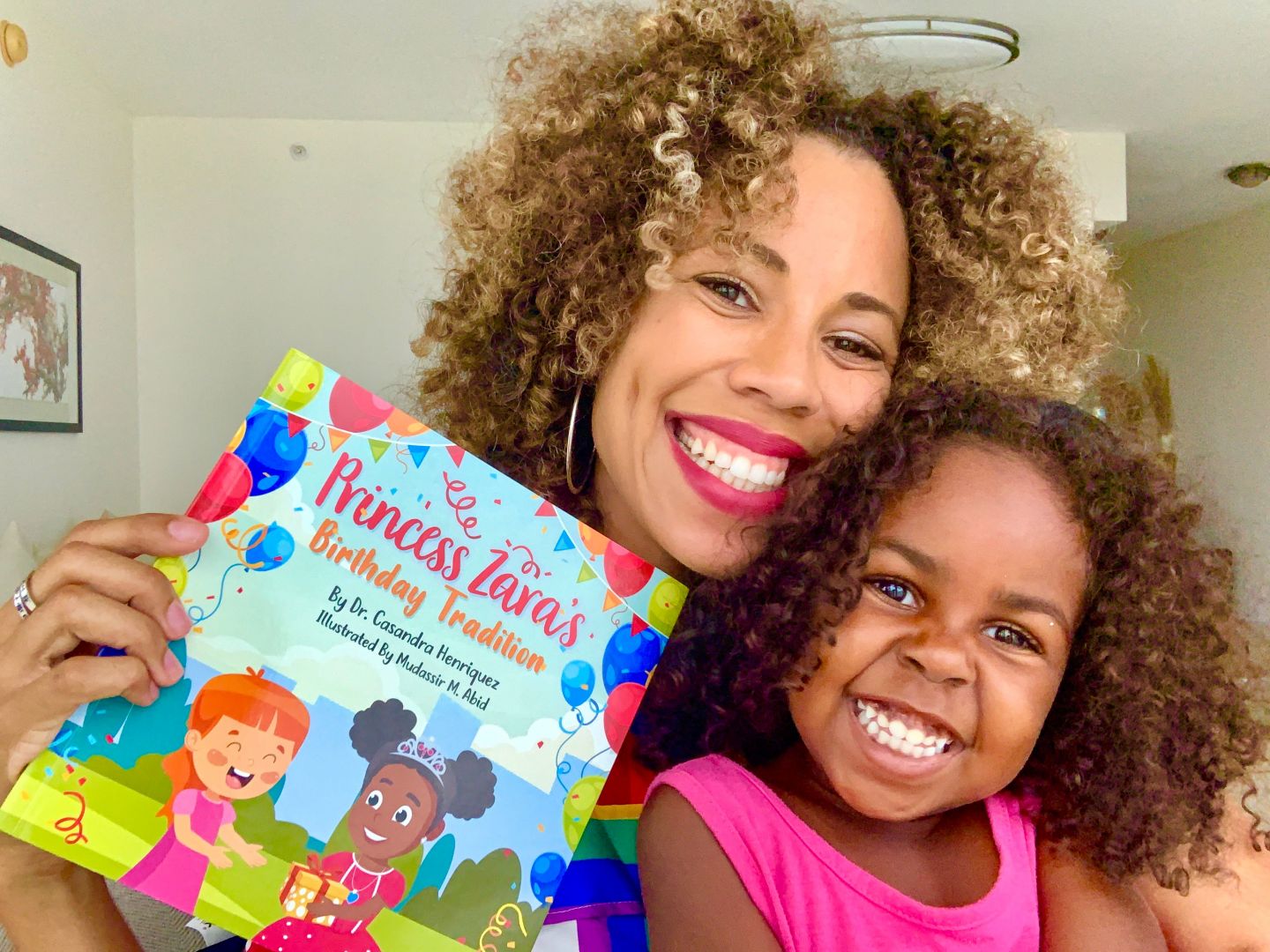 I became a mom. I didn’t know when you became a mom you became an event planner. I was planning my daughter’s third birthday and couldn’t find a princess that looked like her. So I decided to make a character just for her. Since then I’ve written Princess Zara’s Birthday Tradition which hit #1 on Amazon within 3 days! Read more>> 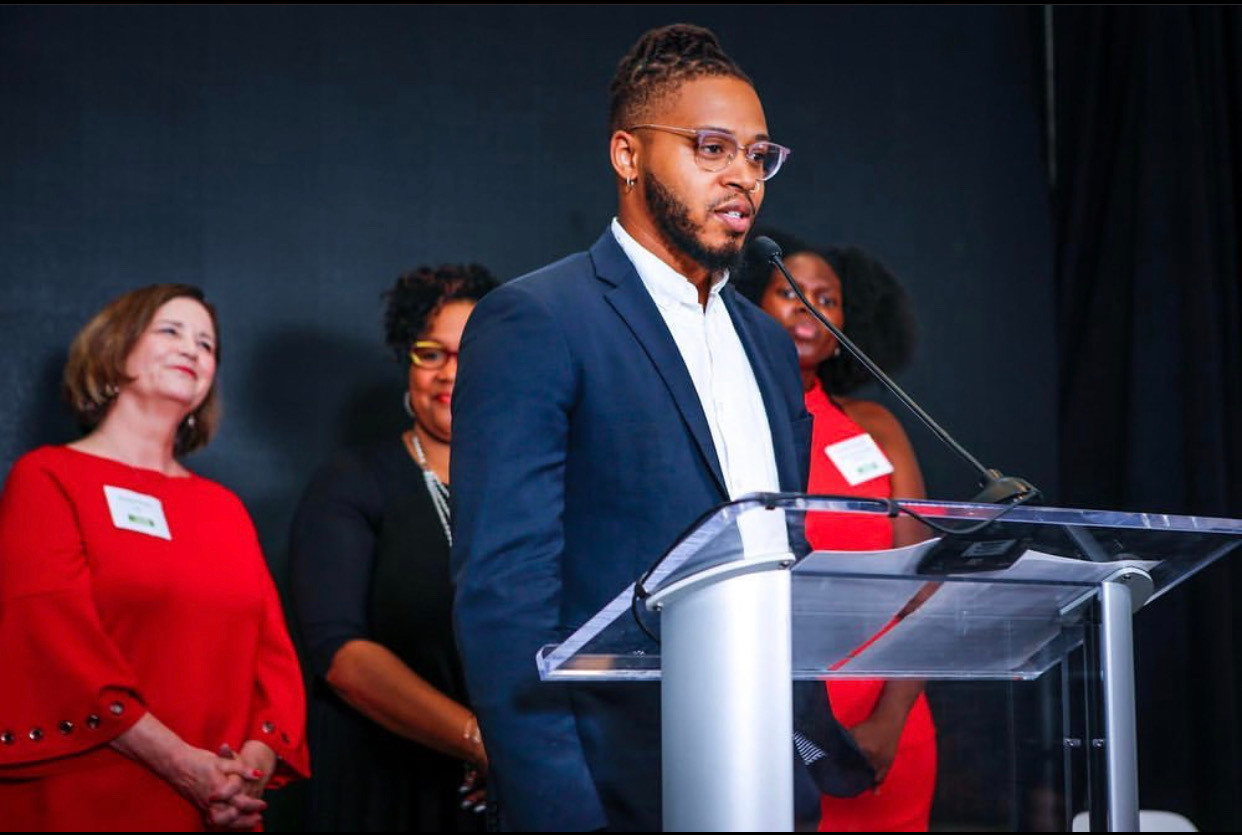 Growing up the only thing I knew about money was everything you couldn’t do if you didn’t have it, As I grew, my desire to learn more about money led me to Morehouse College, where I received the opportunities to intern at the Federal Reserve Bank, Google, and Goldman Sachs; even earning 1 out of the 16 Goldman Sachs Scholarship of Excellence. It was at Goldman Sachs that I really truly began to understand money and what I learned was that the game was rigged. The more I learned about money and markets, the more I understood the true cost of being poor. By the end of the summer, I knew that I wanted to take the knowledge, the resources and the network that came from my experience on Wall Street and take it back to the people that need it the most, so I decided to leave, come back to Atlanta and start the Village Micro Fund. Read more>> 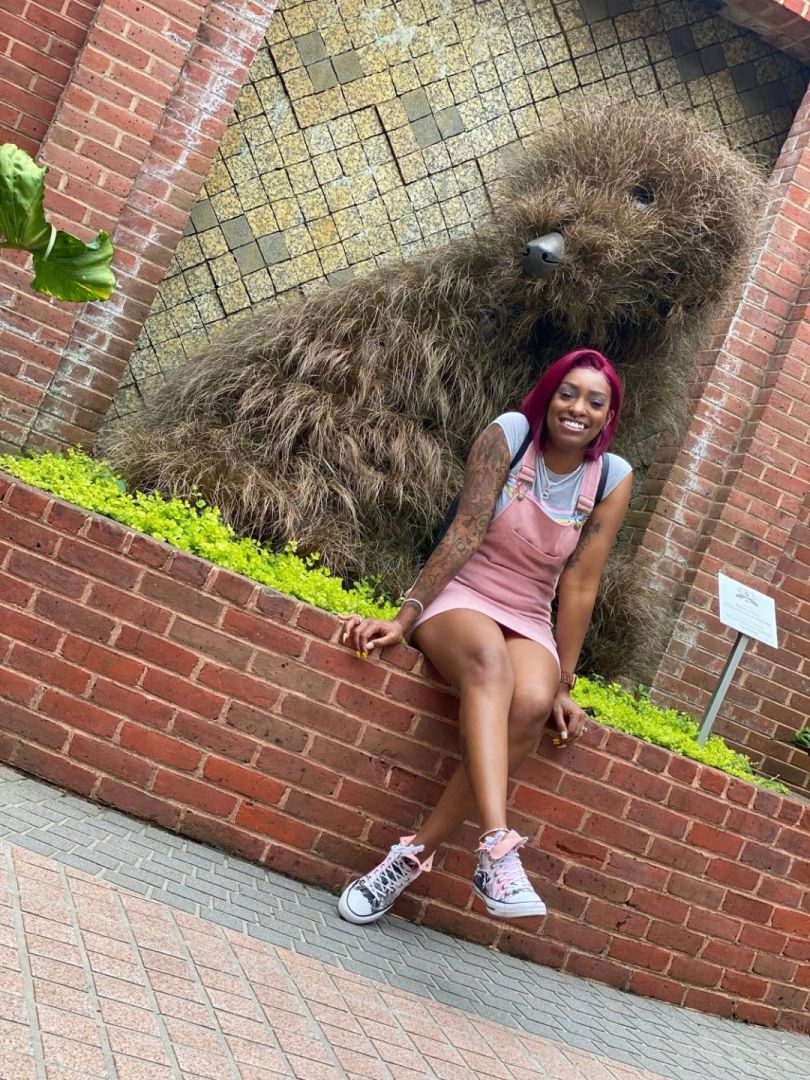 Covid! Covid made me do it. But on a serious note, being furloughed unexpectedly from my job pushed me to find another way to bring in income. I had been doing hair on the side for as long as I can remember (as far back as 10yrs old) but now was the time to see what I was really capable of. It initially started as just a way to make money while i was home and then turned into me being booked almost every other day for the entire month! At that point I knew I had to invest a little into myself to see where this would take me. So I created my business name, Brooke The Braid Babe, took to Instagram to promote myself, and with the support of my friends and family, I’ve been actively building my clientele. Read more>> 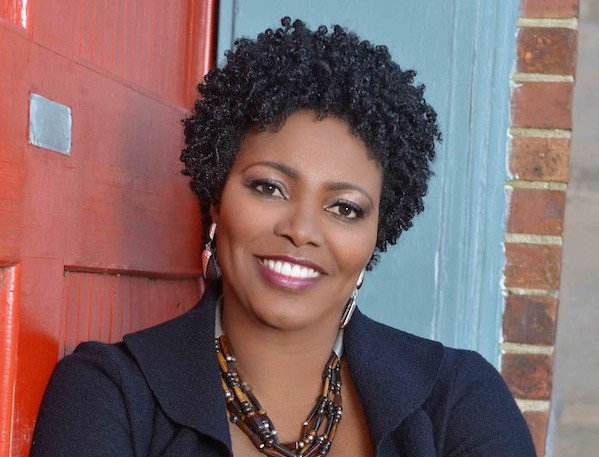 My thought was to provide a space that would unite music lovers with their favorite musicians, and introduce them to those that should be known in a manner that can be considered an intimate concert. Read more>> 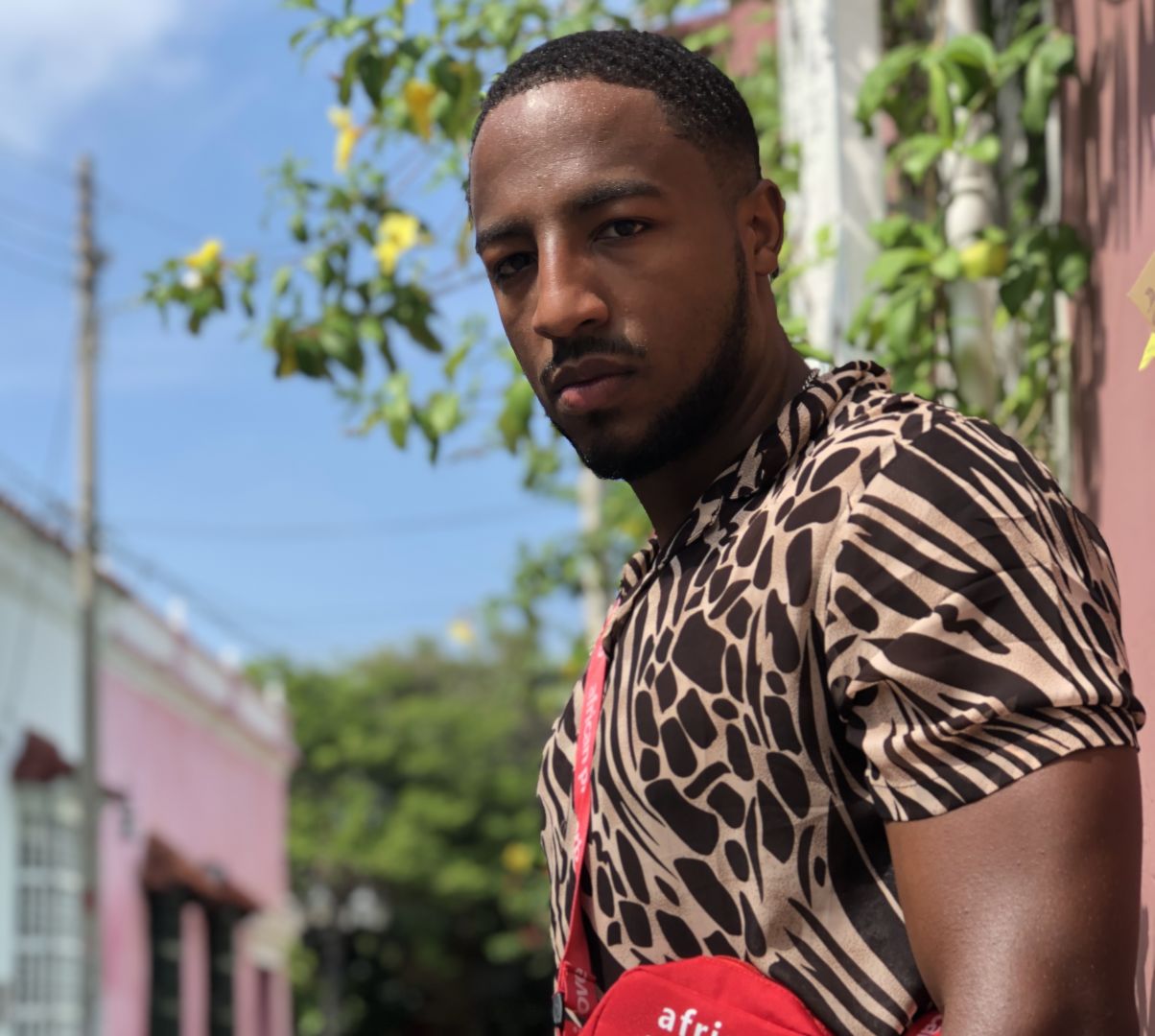 Well growing up in a west Indian home food was a huge influence on my life my mother is Guyanese and my father and business partner is Jamaican. So there was a constant fusion of different smells and tastes that I experienced growing up. Which as a child growing up in New York I can now say I may not have appreciated that as much and would usually prefer McDonalds, I didn’t have a clue haha. But we wanted to bring a fresh seasonal approach to Caribbean food and make it affordable as well. Read more>> 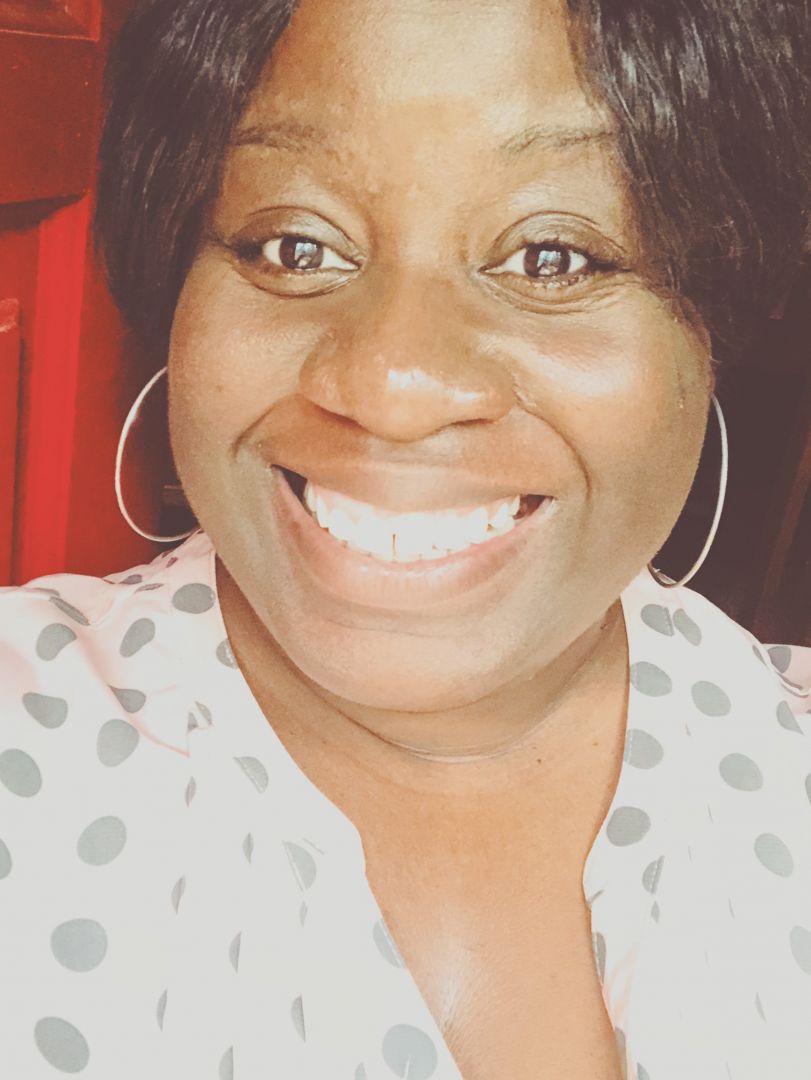 There was really no thought process, to be honest. I believe I wanted to and I still do this for the kids in the communities where they may not see someone like them learning or teaching something cool. Growing up I never saw anyone who looked like me on television or in the classroom. So my company OurSpace promotes individuality and togetherness in a space where you don’t have to be defined. The main thing I hope my students take away from my program is that you can do anything you want to do as long as you do it well and do good by others in a space where you can all be free. Read more>> 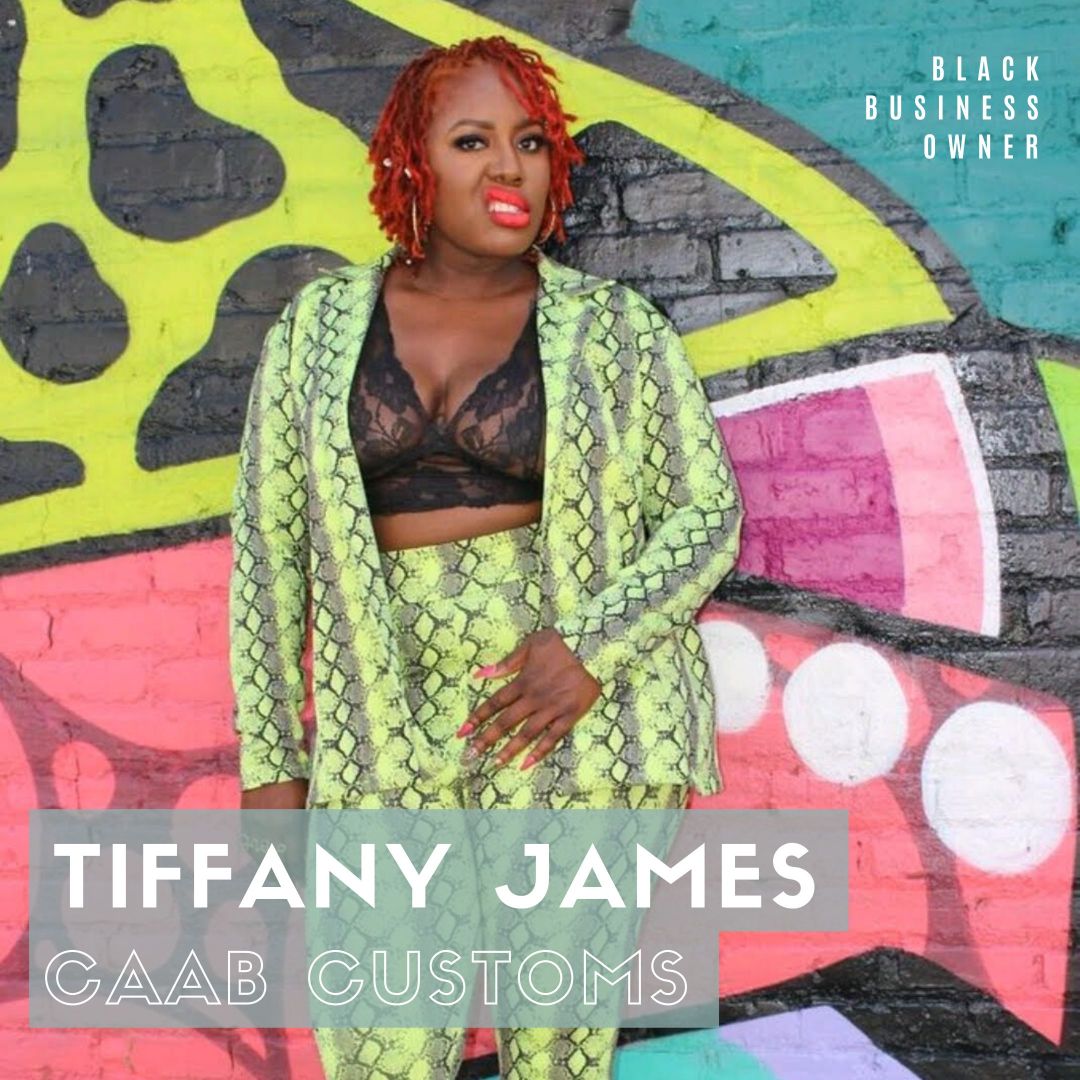 In 2012, I was laid off from my job as a teacher. In my despair, I began to create what was then known as Cute as a Button. I started off making button earrings and other accessories, and although I found it lucrative and a great creative outlet… I knew I had more to give to the world. Graphic tees have always been kind of a go to fashion statement for me. Although I use to purchase them quite often, I never found ones that made bold enough statements. I decided to learn how to create the vision I wanted to see. From that moment, I birthed CAAB Customs, a culturally ratchet apparel shop catered to black pop culture. Read more>> 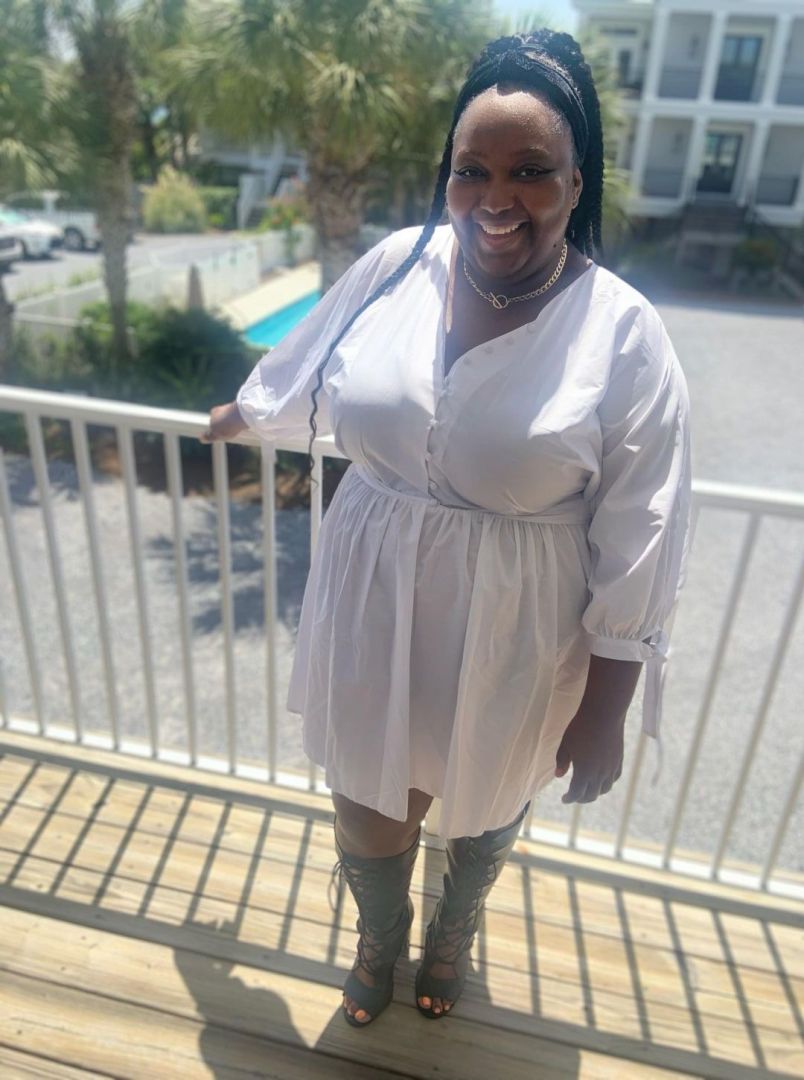 I always excelled in writing and literary courses, so that eventually led to editing essays for friends and classmates. Later, I received opportunities to work with a couple of blogs and magazines. At that point, I realized that my skills had value. Developing my writing and editing services into a business was just the natural progression of things. I began freelancing as Nikki Wrote It, and my experience with the business side of that led to an idea for a journal that would help make big goals feel less overwhelming. Entrepreneurship can sometimes be just as daunting as it is fruitful. In order to get to the fruit, we dreamers have to dispense a good bit of faith and courage. That’s why the first journal is called Dare 2 Do It: A Goal-Getting, Anti-Procrastination Journal. It is intentionally designed to help dreamers transition into doers. Read more>>