We had the good fortune of connecting with Tamisha Harris and we’ve shared our conversation below.

Hi Tamisha, how has your background shaped the person you are today?

I was born in Indianapolis and spent much of my early years there, Houston and Atlanta. I later moved to New York to pursue my career in News. I’m the youngest girl of 17 children, split between my mother and father. My mother worked in management, and my father was a small business owner. My sisters mostly took on the responsibility of raising me. They were a force, incredibly independent, and whip-smart. The motto in our home was “take care of yourself because no one is going to save you.”

That carried me through life. I’m driven by working toward my own level of excellence. Once I identify a goal, personal or professional, nothing deters me from achieving it, no matter how many times I fail on the way. I have the highest expectations for myself. Competition with anyone else would be leveling down. 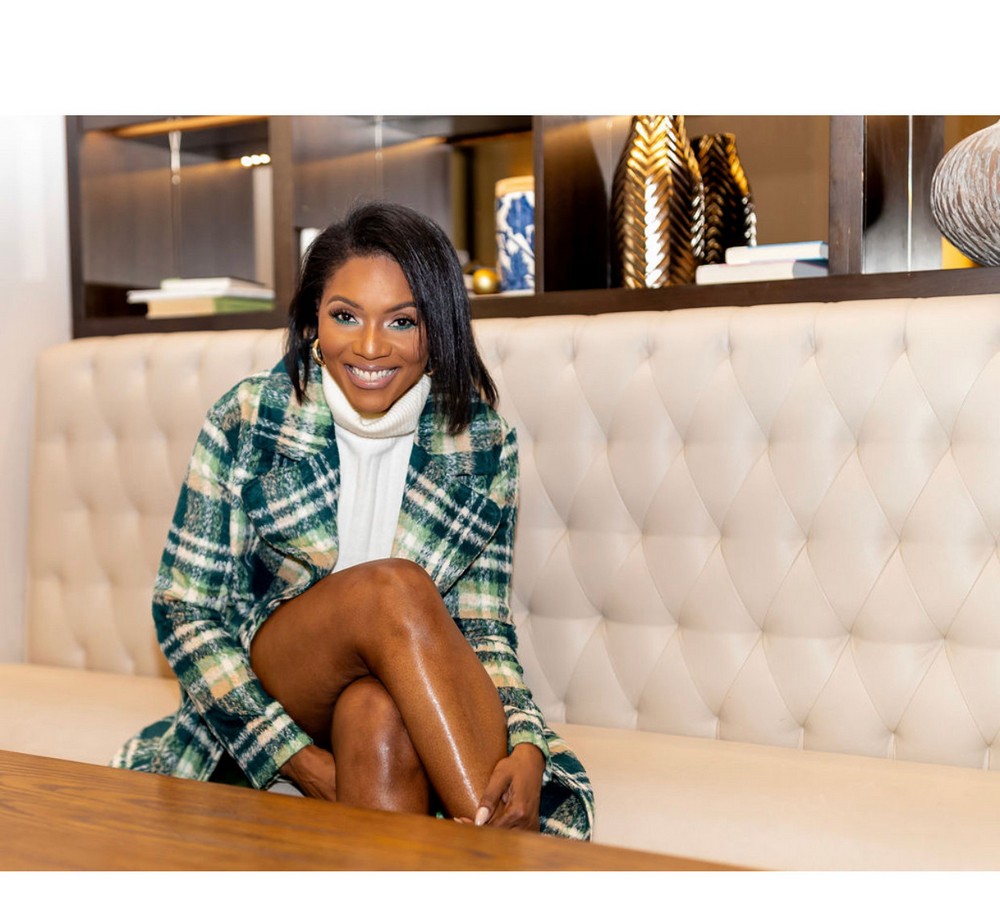 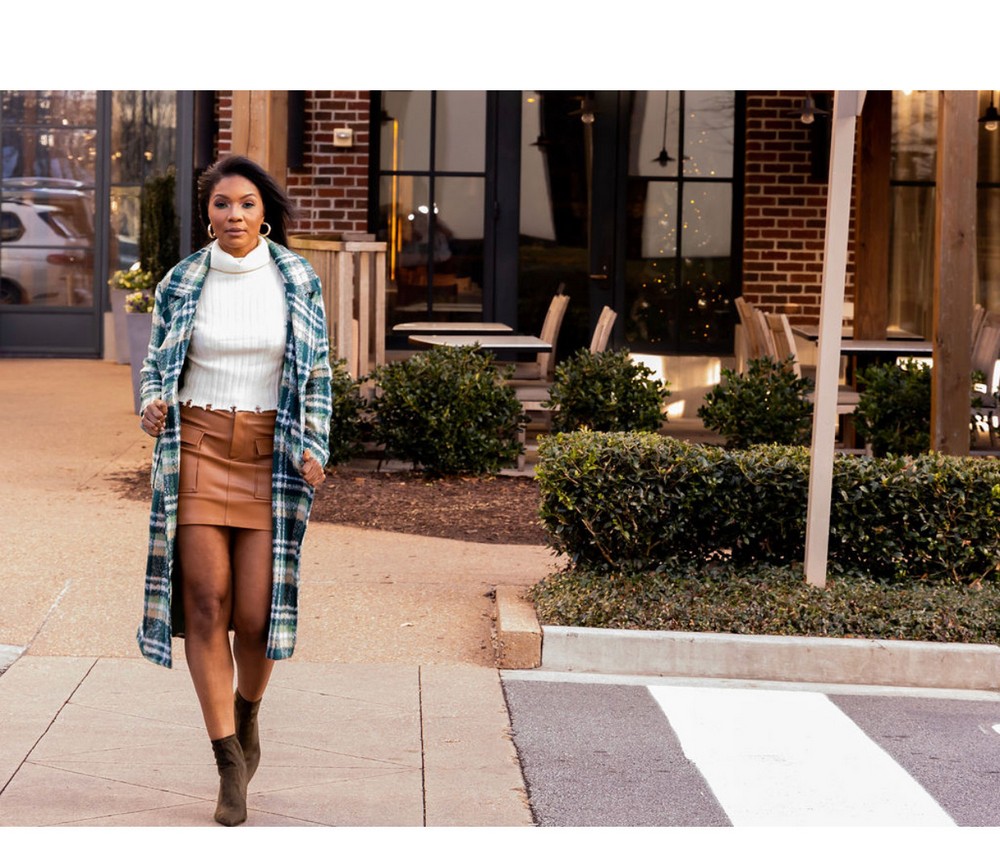 What should our readers know about your business?

As a News Producer, I tell stories that hopefully assist you in making the best decisions in your daily lives. What sets me apart is being a vocal black voice in the room where decisions are made. I speak up to ensure our on-air experts and contributors are diverse. We need more black men and women in the producer’s chair because that’s where stories are told with accuracy and authenticity. I didn’t begin my career in Broadcast News. After college I began working at a call center. I worked overtime to buy cameras and editing equipment to produce a reality show that I created. I used the money I earned and bought a 1am time slot on a television station in Atlanta called UPN. It was $700 per week. My local reality show aired and the ratings outperformed Girlfriends, Bernie Mac, and Everybody Hates Chris. I was thrilled! The problem was that I didn’t understand the business of television or how to make money. I removed the show from air. The executives at the television station called me in for a meeting and hired me as a Producer. Yay! I worked on shows like America’s Next Top Model and Girlfriends. Once The CW acquired the network, I was hired by Warner Music Group to direct music videos for artists like Gucci Mane and produce documentaries featuring Jay Z, Russel Simmons, Birdman, etc. Afterward, I began working for BET as a freelance producer in Atlanta. That was one of the most remarkable eras of my career because it was at the height of the Atlanta music takeover–from Young Jeezy to T.I., I had the opportunity to work with the best in music. My most significant tests and testimony happened once I moved forward to the business of News. It was the most challenging transition because I’m not a formally-studied journalist. The bottom line is I bought every book and took every class I could on producing news. I was self-taught, and after many conversations with God, I took the leap and moved to New York. Early on, I failed more times than I could count and was fired from jobs that I needed to survive. The key for me was having a faithful relationship with God, developing tough skin, so when someone (or in my case, several people) questioned whether I belong in a room, I continued walking with my head up, studied my work and sharpened myself. They may not have been nice, but they also weren’t entirely wrong. I learned that when more than one person tells you something about yourself, take the meat and spit out the bones. Try not to get in your feelings about their delivery. Determine the truth, adjust and do what it takes to get better. I started out working at one of the smallest news stations in New York. Now, many years later, after tears, failures, wins, and work, I produce for one of the biggest networks in the country.

I consult experts and professionals on how to pitch to producers like myself to get their brand in front of millions of viewers. This brings me immense joy because there are so many influential people out there, but they struggle with finding producers, or they fumble once they email us or get us in a room. I teach professionals everything they need to know to make a producer’s work easier, and how to get a “yes!” when you pitch to us. 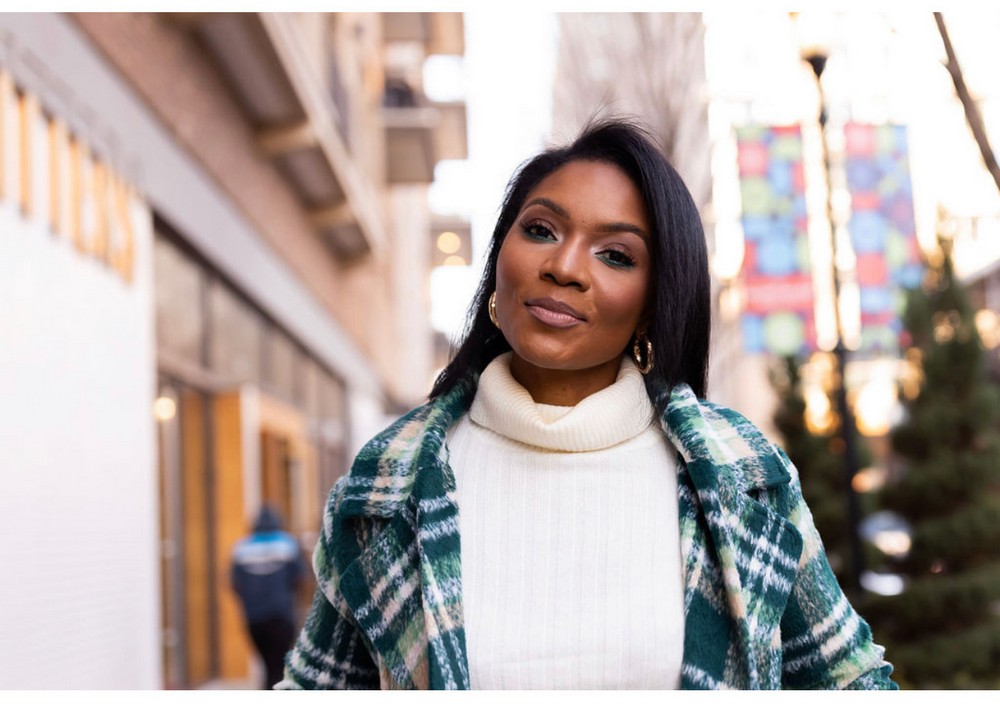 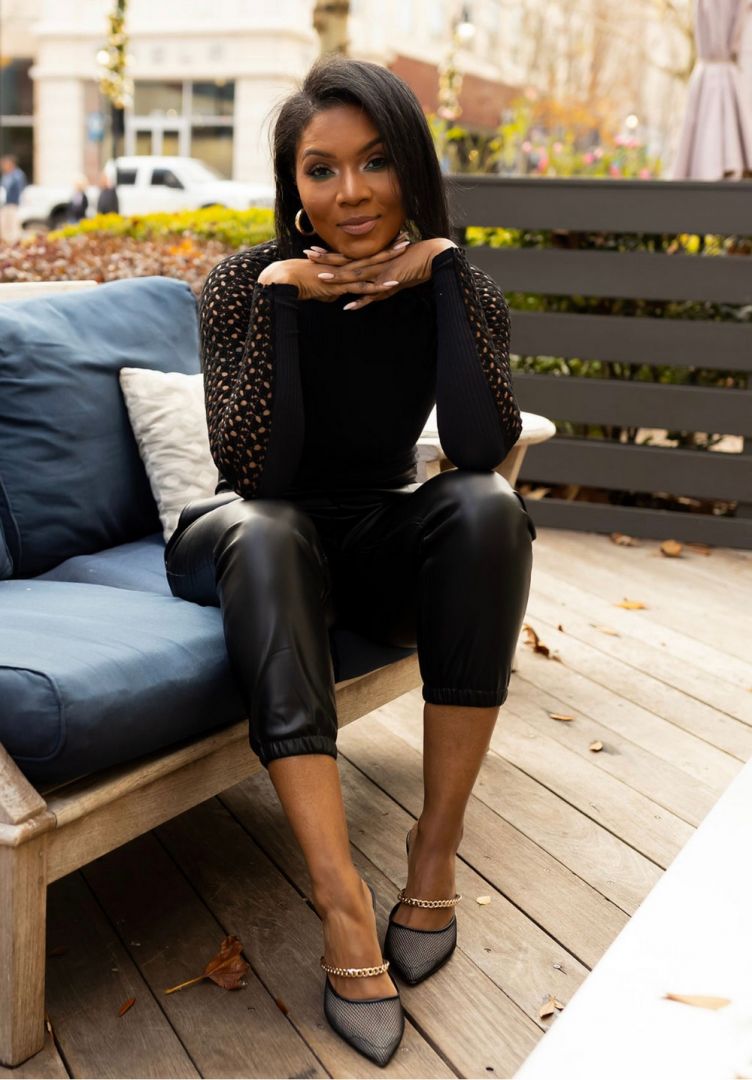 Let’s say your best friend was visiting the area and you wanted to show them the best time ever. Where would you take them? Give us a little itinerary – say it was a week long trip, where would you eat, drink, visit, hang out, etc.
First things first: We’re hitting Stone Mountain for a climb, then we’ll take pops of breathtaking selfies once we reach the top. Next, we’re driving to Murphy’s in Virginia Highlands for Brunch; afterward, we’re off to the Trap Museum because I can’t send you home without a curated taste of the hood. We’ll do our shopping at The Village Market at Ponce City Market, walk the Beltline, then make a beeline to Slutty Vegan (I’ll text Pinky, so we don’t have to wait in the treacherous line). Atlanta has a host of fine cigar bars. We’ll likely end our night at Cigar City Club in Roswell. 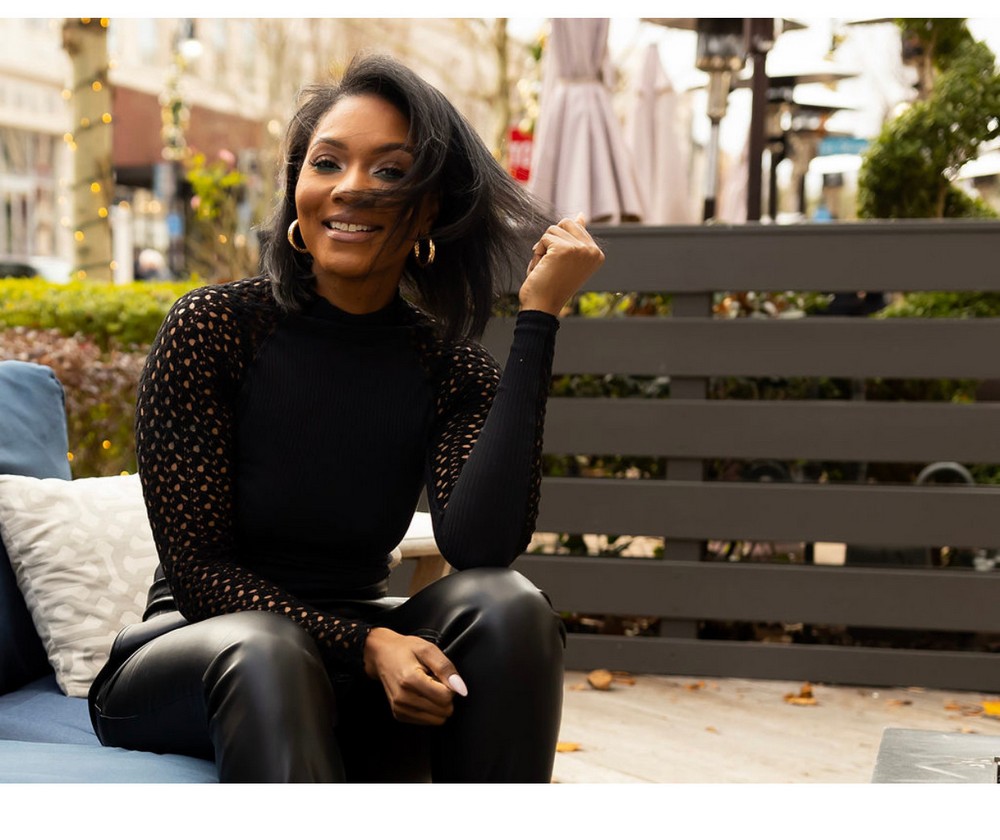 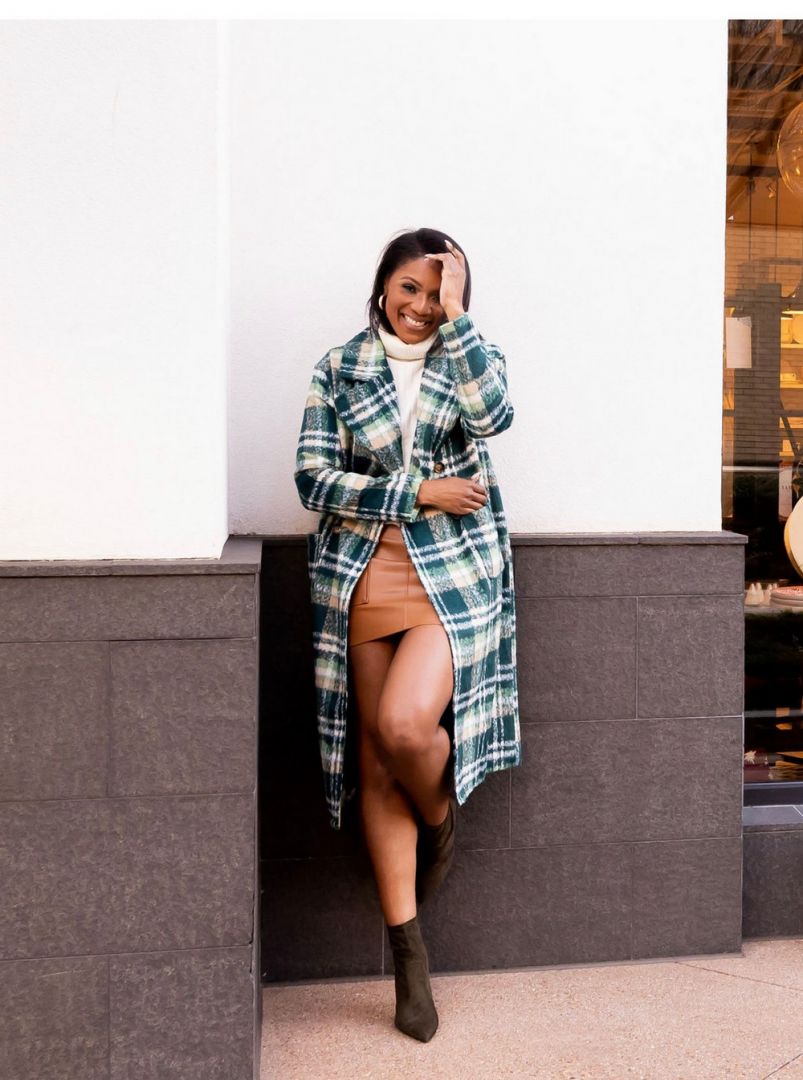 Shoutout is all about shouting out others who you feel deserve additional recognition and exposure. Who would you like to shoutout?
I’d like to shoutout Kevin Liles and Chonita Floyd, former VP of Warner Music Group, and BET for giving me the platform to work with some of the most influential artists in music today. I’d also like to shoutout J Prince, the owner of Rap-a-Lot records for the opportunity to have unprecedented access to his life and his story. I learned lessons that I carry with me in every room. A shoutout to Khadia Jonjo, News Producer for ABC. Without her, I wouldn’t have survived News. She privately fixed my crown more times than I can count.