We had the good fortune of connecting with Olga Nesterova and we’ve shared our conversation below.

Hi Olga, career-wise, where do you want to be in the end?
First of all, I aim to be working until I further cannot. I am a doer and creator and this is what keeps me going. I don’t strive to move to a lonely island and enjoy endless margaritas. It’s just something that doesn’t excite me. Therefore, I don’t know where exactly I will end up with my doings as I get some “crazy” ideas on the daily, but I do have some pretty ambitious goals. My intention is to revolutionize mass media and television. The world has changed, our beliefs and values have changed, and yet the media had not adjusted accordingly. Why? Because when you have something to lose, you are fearful to shake things up. Onest TV will be the first, to my extensive knowledge, commercial network that will be independent in the ways we think and operate. Independent news sources from around the world, inclusivity in our content and representation – no, not a segment featuring someone who isn’t white (let’s call a thing a thing), but a whole show or a program and so on. United States is diverse and this is our superpower. We aim to embrace our uniqueness and find unity in our differences as by the end of the day we are all human. If we could put just a little bit of effort into understanding where we come from and where we are headed and why, we could live a much happier life. Television plays a huge role in forming our beliefs and with Onest TV I aim to promote diversity, kindness and professionalism. Thus, we could say the end goal would be to make sure that when any girl, boy, man, woman or a non-binary person turns on their tv anywhere in the world, they can feel seen, understood and embraced for who they are. I think that’s quite a powerful goal to have. 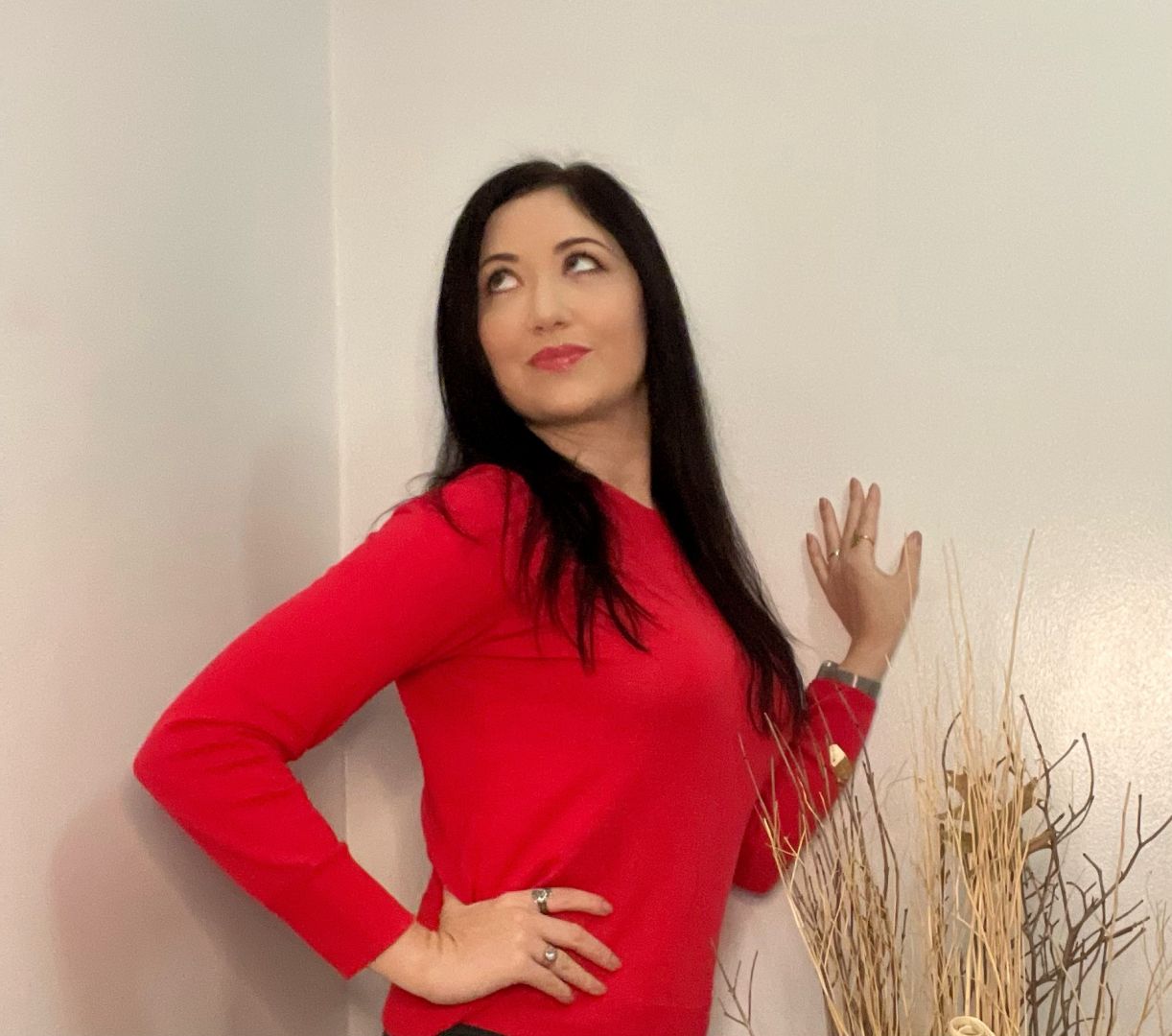 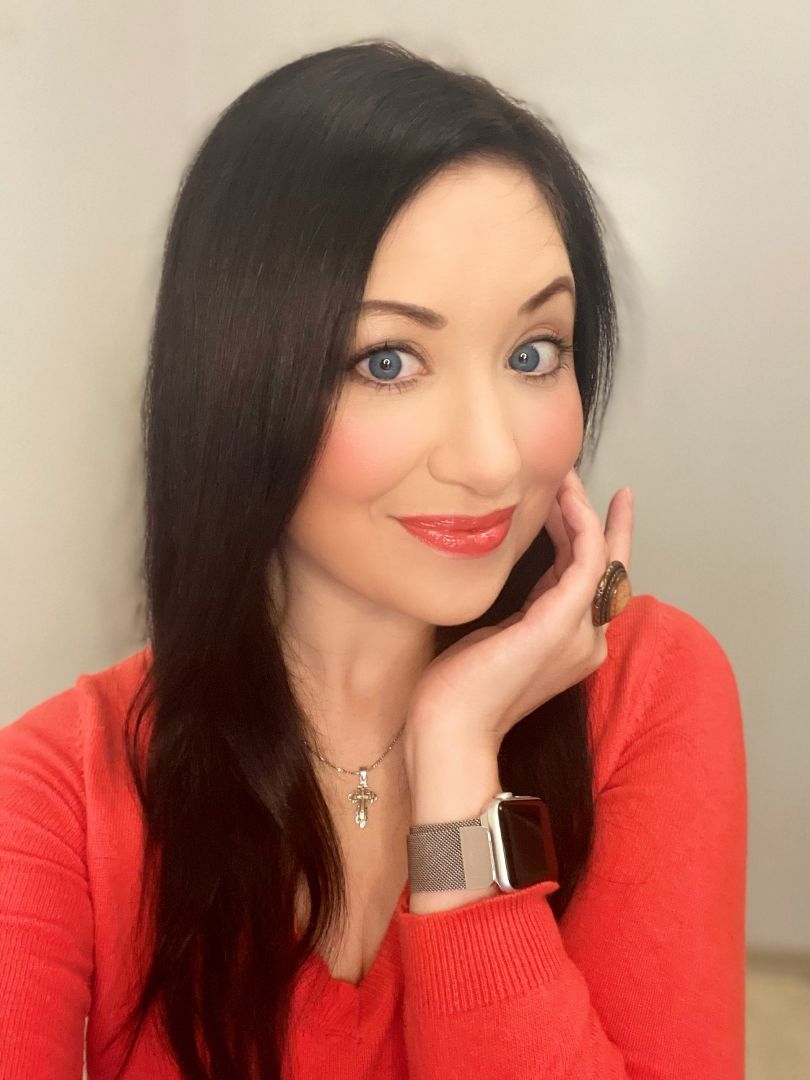 Alright, so for those in our community who might not be familiar with your business, can you tell us more?
I was born in Ukraine and grew up in Germany upon moving there at the age of 13. I am a former world champion professional ballroom and latin dancer and had received an invitation to represent Germany which led to my relocation. Having grown up as an athlete who always had to perform under pressure and be highly organized from a very early age on, became helpful for my future career as an entrepreneur. Also, a sense of a healthy competition and continuous work on myself have definitely played a huge role. After retiring as an athlete at the age of 21, I moved to the Netherlands to study business management and the European Union policies and later followed the dual degree program that brought me to North Carolina where I graduated with honors. My biggest desire was (and still is) to change the world and so I followed my passion and got my dream job working as a diplomat for the United Nations at the UN headquarters in New York City. I rather quickly realized that the true change that I was so eager to accomplish was meant to be done “from within”; that policies can do only as much, but if communities unite, they can, indeed, achieve wonders and lead to a substantial change. I also felt very much at home in New York and the United States in general, which made my decision easier to leave diplomacy and follow the steps of my father – which is entrepreneurship. I didn’t know what I wanted to do, but as it happens very often, the next “calling” came unexpectedly soon. I received a call from a manager at the Madison Square Garden who had seen my website and was eager to encourage me to produce a halftime show for the NY Liberty WNBA game. I had no performers, no real budget, but a big WILL to make it happen. Long story short – my team did perform in just 2 weeks after that life-changing call and soon after I launched my first company that did produce halftime entertainment for the NBA, WNBA and even NHL games. Within the next 3 years I expanded from NYC to Miami, Washington DC and Atlanta. As I have worked on my company, many other entrepreneurs have asked me to review their marketing as they saw how fast my company grew and how efficient was our branding. This led to the launch of Onest Media where I advised Fortune 500 companies as well as small businesses on their branding and marketing strategy. The pandemic has changed a lot – I had to shut down the entire production company and bring the halftime entertainment production journey to an end.
Living in the unknown and being truly left on my own to figure it out, I had to rely on what I knew best – hard work, discipline and genuinely optimistic approach to just “figuring it out”. If you may recall the truly turbulent summer of 2020, you may remember the day when everyone decided to post black squares on their social media in support of the Black Lives Matter movement. This made me mad! I spent three sleepless days reaching out to singers, poets, dancers and artists from all over the world.. I also learned how to stream worldwide and how to actually host a fundraiser. Yes, you heard it right – in 76 hours I was sitting in front of my computer to host the very first marathon livestream in support of equality and inclusion that featured predominately African American artists from all over the world raising funds for organizations such as NAACP. I called the nonprofit initiative Artists 4 Justice and continued hosting further fundraising concerts in support of various causes and demographics – Independence Day, Veterans Day and Stop Asian Hate events to name a few. As the following was growing (our latest event welcomed 1.6 million viewers worldwide) and I saw viewers truly resonate with the authentic and inspiring content, I started thinking about launching my own network. Next year Onest TV (like honest) will premiere worldwide on digital platforms such as Roku TV & Fire TV featuring educational, motivational and inspiring content. Altogether, my childhood has indeed determined my path. My parents saw me as an equal, always listened to my ideas and formed my opinions while pushing me to be disciplined in doing my best. Everything I have achieved thereafter is dedicated to their efforts.

If you had a friend visiting you, what are some of the local spots you’d want to take them around to?
I live in New York City and just trying to describe the best places would take a super long time. BUT, I would certainly invite my friends to visit the Rockefeller Center and take the elevator to the Observation Deck – the view of the entire city will leave you breathless. If you have some time and a capacity to plan ahead, you can even stay for a taping of the Tonight Show with Jimmy Fallon right at the same spot. Further, check out the Fifth Avenue and walk up to Central Park to visit the Plaza Hotel for a fun casual meal in the Foodcourt, catch a movie at the historic Paris movie theater or take a stroll in the iconic Central Park. If you manage to fit it all in one day, visit the Met Museum. Aside from the extensive art galleries, their rooftop is a super fun spot to dine and enjoy the atmosphere. Another days – Bryant Park, MoMA museum, SoHo galleries would be a super fun way to both learn and get entertained. Roxy Hotel restaurant and bar are some kind of a must too – live music, food and drinks are exceptional. And if you enjoy rooftop bars – 230 Fifth will allow you to enjoy the Empire State Building in its full glory and the Knickerbocker Hotel Rooftop Bar will show you that famous Times Square Ball that comes to ring us all into a New Year.

Who else deserves some credit and recognition?
I’d love to shoutout Super Julie Braun of Super Purposes who connected me with your fabulous media company!