We had the good fortune of connecting with Melony Hill and we’ve shared our conversation below.

Hi Melony, what do you attribute your success to?
The most important factor behind the success of Stronger Than My Struggles and myself personally, is transparency. Mental illness and mental health awareness are not topics often discussed openly in urban community. Growing up, I was taught that what happens in the house stays in the house. That type of rhetoric not only protects abusers but isolates children growing up in unhealthy and unsafe environments. When I stopped hiding the struggles I’ve had to overcome and began to not only seek therapy, but speak out openly about what I’ve witnessed and survived. My own survival story, tenacity in the face of adversity and writing skills have helped Me be able to assist other survivors in reclaiming their lives through therapeutic writing, transparency and healing techniques. 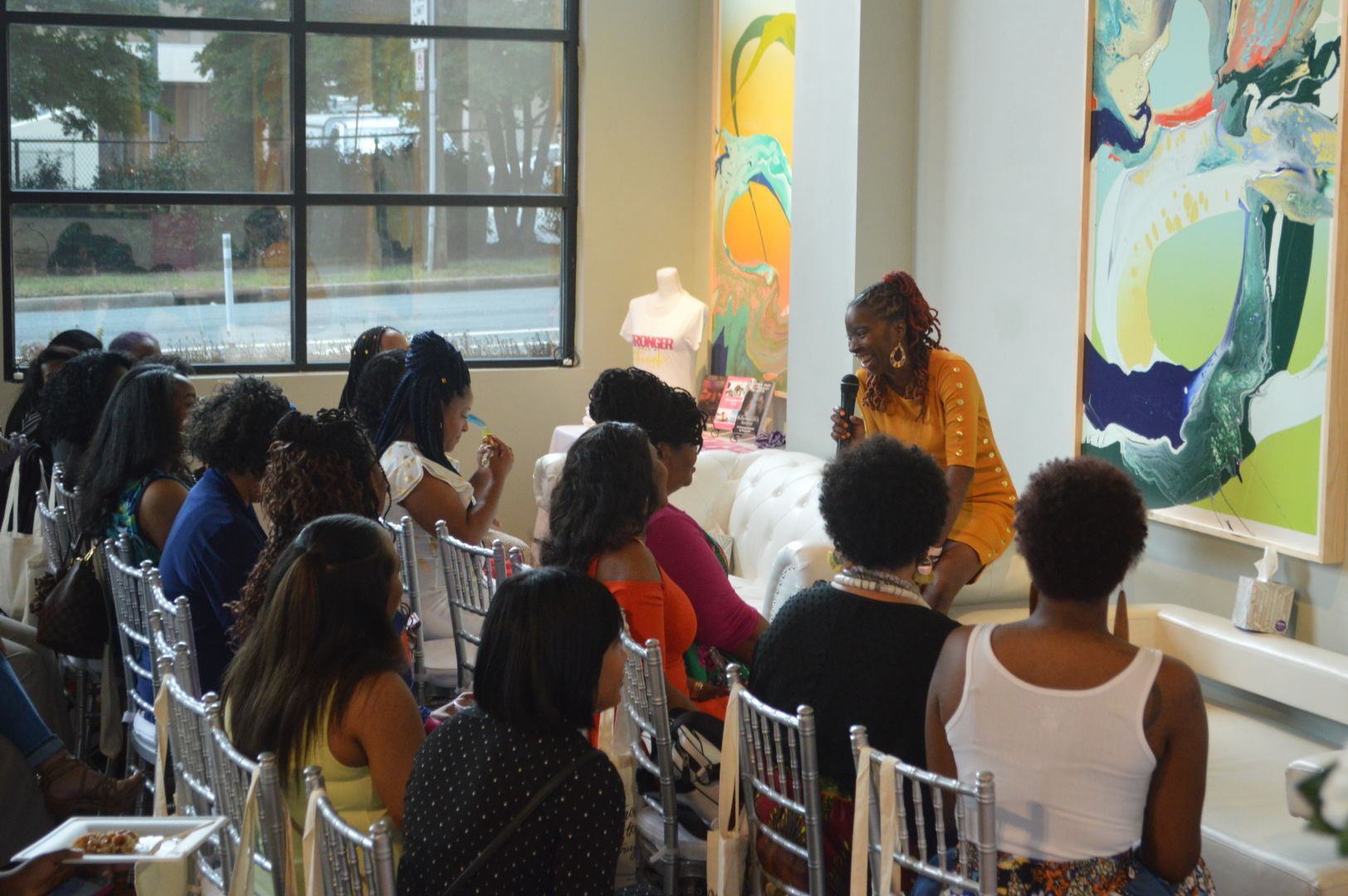 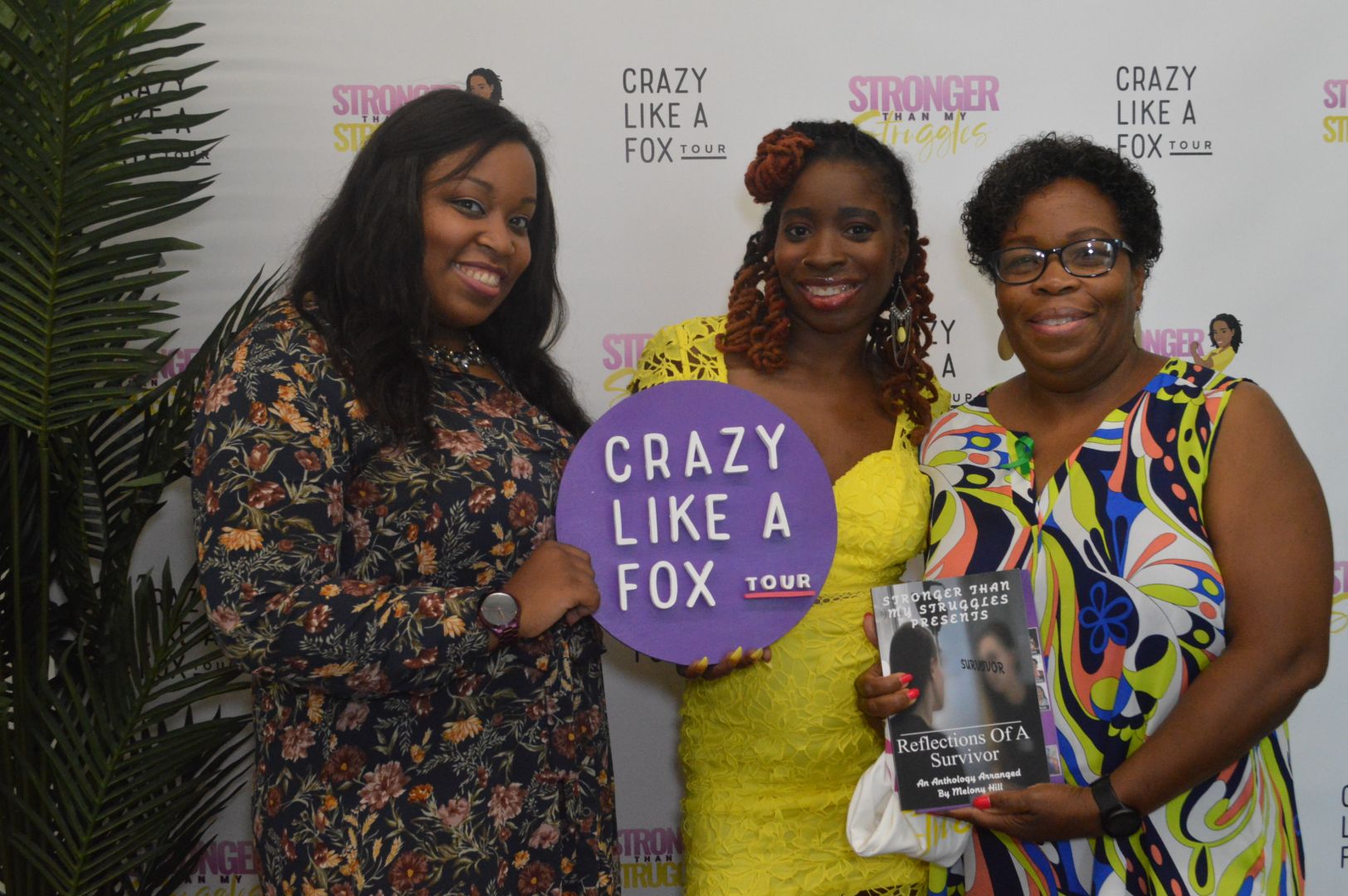 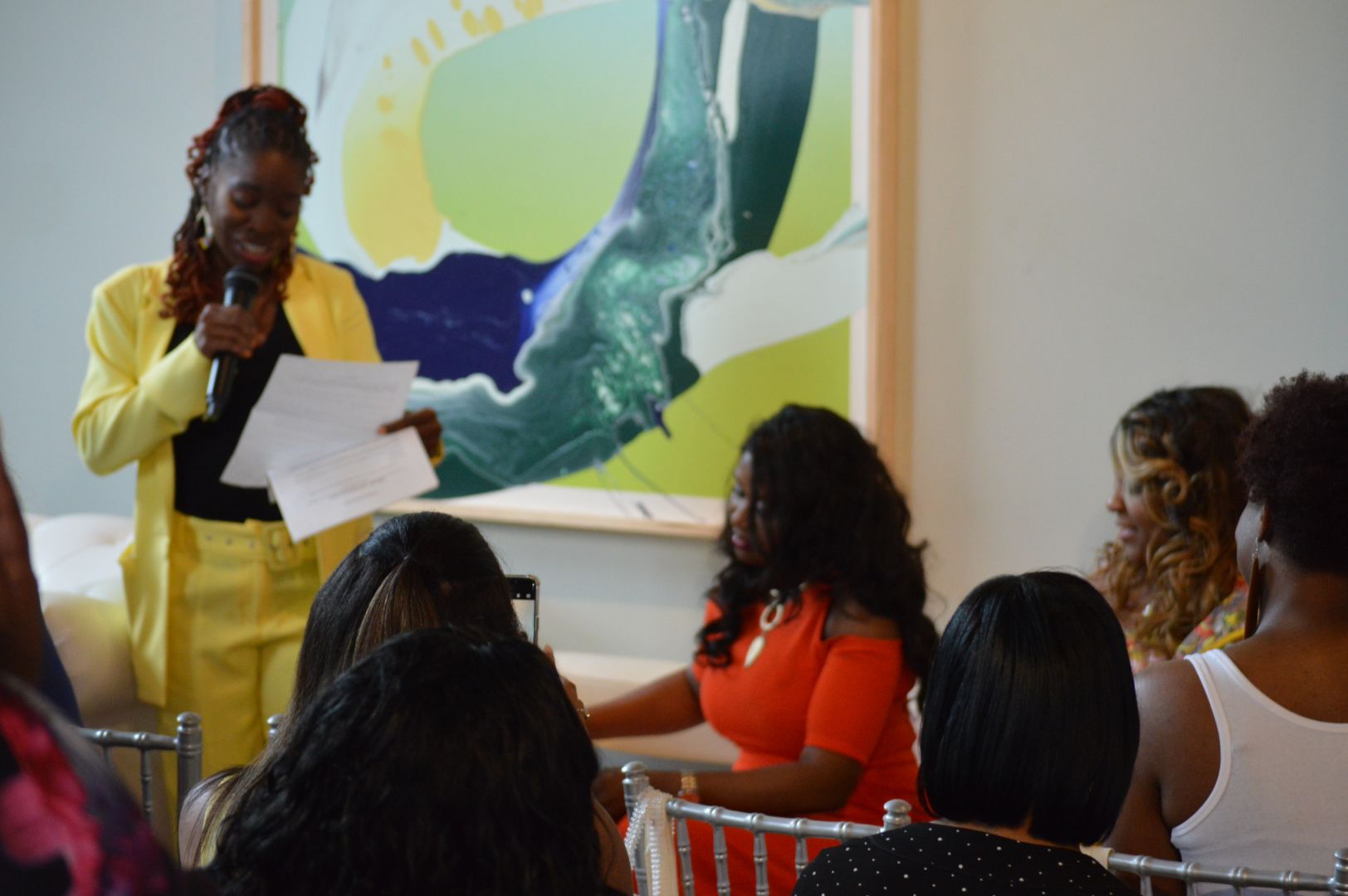 Can you give our readers an introduction to your business? Maybe you can share a bit about what you do and what sets you apart from others?
I’m the founder of multiple organizations, that provide awareness, advocacy and resources for survivors from all walks of life. As a survivor of multiple forms of abuse and neglect, I found myself hating my life, defeated and constantly losing chunks of time. Therapy and a lot of journaling led me to a place of healing which boosted my self-esteem and eventually, led to the life of my dreams. Adopting a spirit of transparency, in 2017 I finally publicly acknowledged that I had been diagnosed with ptsd, depression, anxiety and dissociative identity disorder. Owning my truth, I started publishing books and speaking publicly at local colleges and organizations on thriving with mental illness. Publishing five books of my own, I helped 16 others become published authors. In 2019, I won Literary Trailblazer of the Year at the Indie Author Legacy Awards, in my thank you speech, I acknowledged that I am legally emotionally disabled and thriving as a way to remind others who suffer with emotional and other invisible illnesses that they can too. Stronger Than My Struggles has assisted hundreds of survivors across the U.S. and abroad. I think what sets us apart is that we work specifically with trauma survivors and emotional and invisible illness suffers in a way that teaches them to find healing from within. For the last three years, I’ve led a free weekly therapeutic writing workshop in Baltimore. Attendees have traveled from neighboring states to attend; since Covid-19, we’ve went international, with attendees joining us virtually from Canada and the UK. Through therapeutic writing prompts, conversations in safe spaces and my coaching, we’ve impacted countless lives. In fact, we were awarded a citation from Baltimore’s Mayor for our work with some of the cities most vulnerable residents. It has not been easy bringing awareness to mental health concerns in urban communities. There’s so much stigma around mental illness; people fear what they don’t understand. People who suffer from mental or emotional illnesses are sick, not dangerous but there’s so much misunderstood. I was constantly told that I couldn’t be successful talking about or living with mental illness, I almost believed it too. Thankfully, the naysayers were proven wrong. In 2019, I launched the Crazy Like A Fox Tour, the first Black mental health awareness tour. Visiting four east coast cities, we dispelled the myth that Black and brown people don’t want t talk about mental health. From city to city, they showed up and filled the room; mental and emotional illness sufferers, advocates, and mental health providers attended in each city. Some people may think that because I’m leading others in healing that I am 100% healed. I am not. The hardest and most valuable thing I’ve learned in the last three years is that healing is a linear process. You don’t just heal, there are levels to healing and on each level, there’s a new devil. What’s most important for people to know about Stronger Than My Struggles is that it’s not just a company name, it’s a way of life. To be stronger than the adversity that life throws at you daily is a choice. Keep fighting.

Let’s say your best friend was visiting the area and you wanted to show them the best time ever. Where would you take them? Give us a little itinerary – say it was a week long trip, where would you eat, drink, visit, hang out, etc.
When visiting Baltimore, I like to show people the heart of the city, it’s extremely diverse and that’s what makes it so beautiful. Baltimore is the type of city where you could be standing in front of a mini mansion one moment and within a five minute drive, be outside of a dive bar with seedy people loitering about. We’d have to start the day with breakfast at Ms. Shirley’s where we can have a mix of creole cooking and Maryland seafood. Every time I go, I get a delicious concoction with stone ground grits, tasso ham, fried oysters, greens and a fried green tomato. After breakfast, we’d walk across the street the the Reginald F Lewis Museum. Lewis was the first Black Billionaire, a Baltimore native and Harvard grad; there’s a law school named after him at Harvard today. After the museum, we’d walk back across the street to Baltimore’s Inner Harbor for a water taxi ride. We’d spend about 90 minutes riding the water taxi through Federal Hill, Fort McHenry, Fells Point and other notable spots on the water. Dinner would be at the Bygone on the 24th floor of the Four Seasons Hotel. It has the most amazing view of the water and city. An outdoor lounge allows a can’t miss view of the city. Over the course of the rest of their time here, I’d take them to My other favorite museum including the Baltimore Museum of Art and Walters Art Gallery. We’d visit world famous Lexington Market, the oldest standing marketplace in America. For entertainment, we’d see a Broadway show at the Hippodrome Theater, catch a show at pier 5 and travel a little out of the city to the National Harbor. Street musicians are some of the most exciting people in the city. We also have amazingly talented street artists. We’d surely have to check out some spoken word and talent showcases; the city is full of poets, rappers and writers. 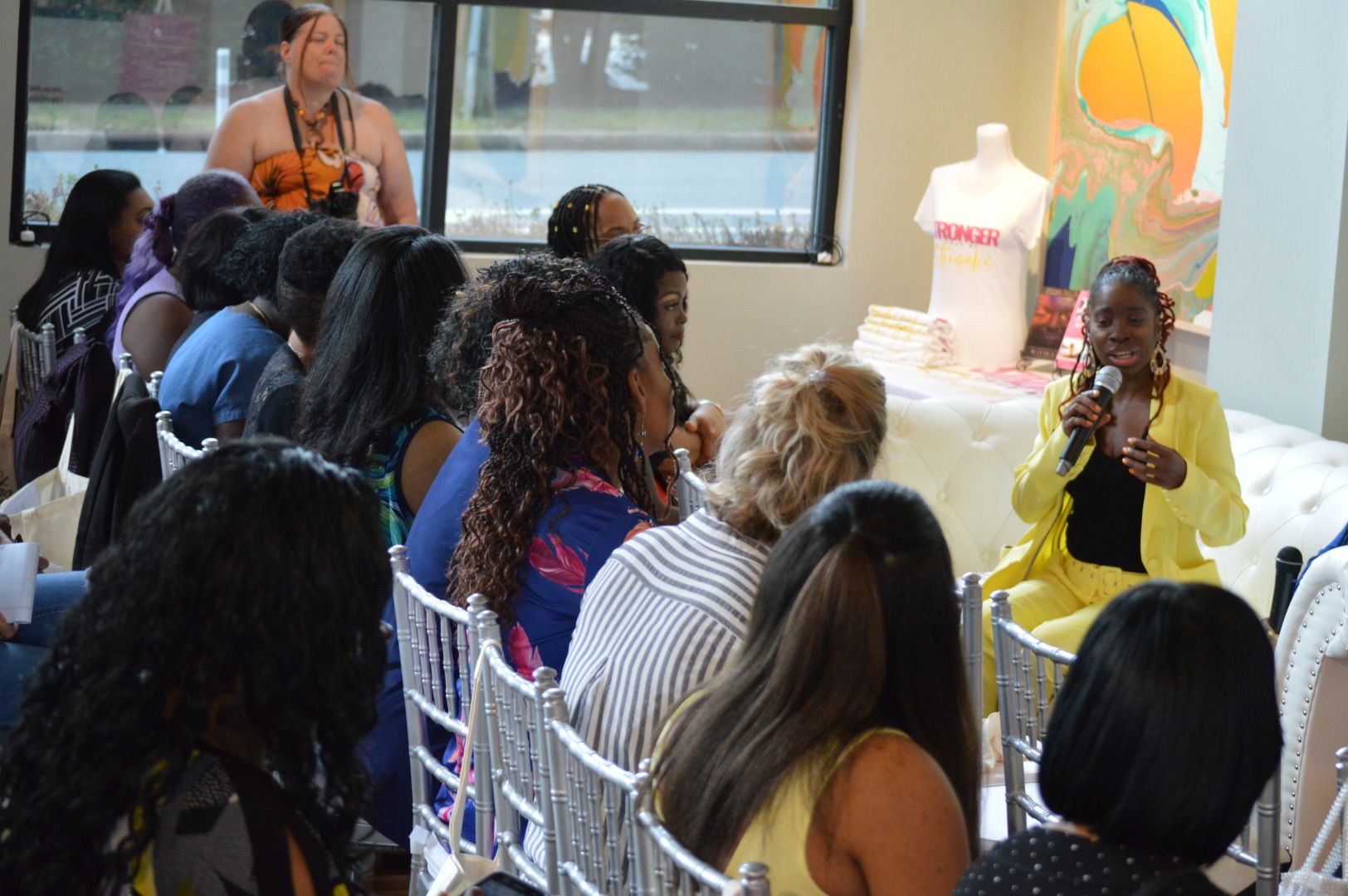 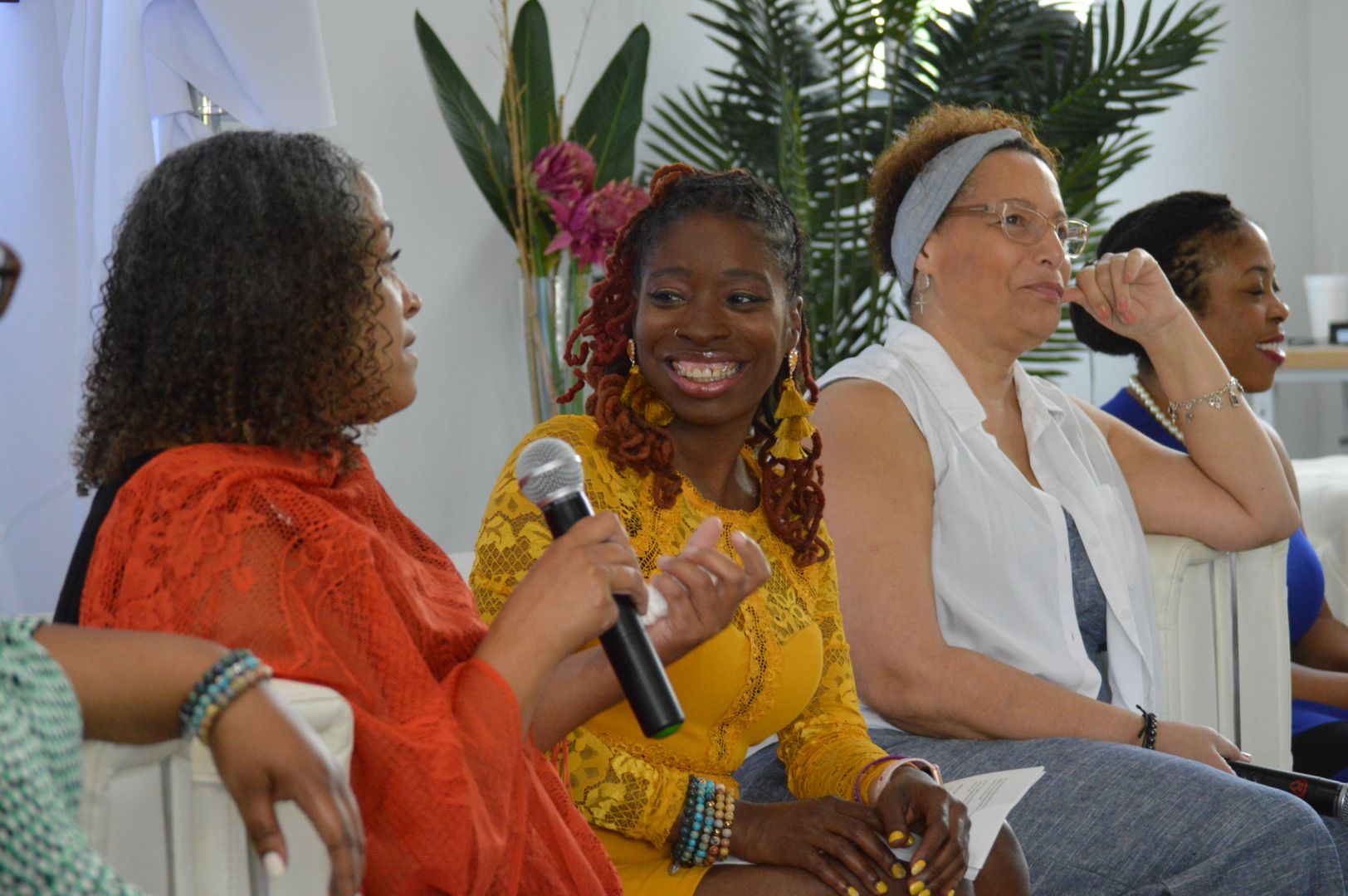 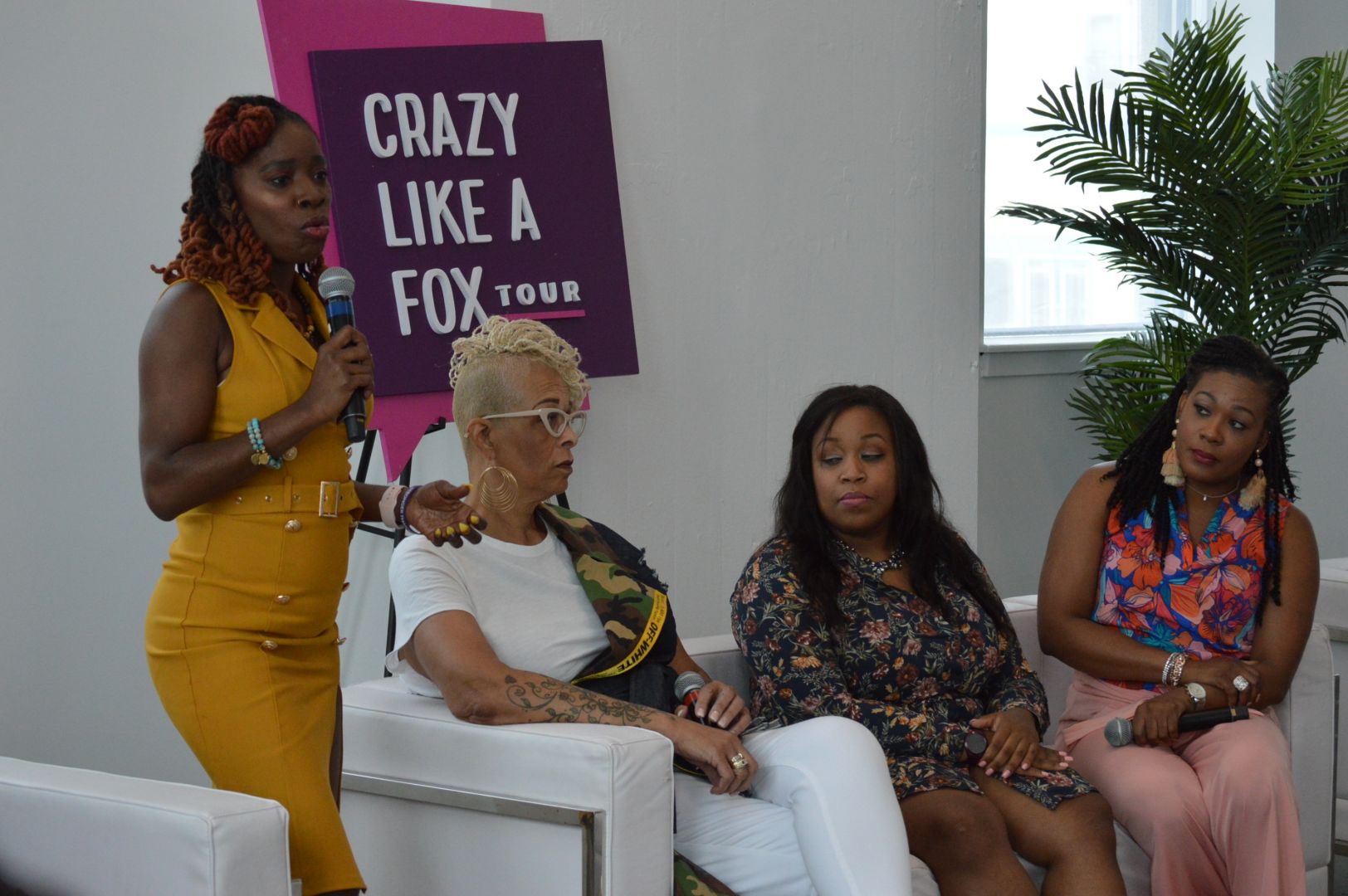 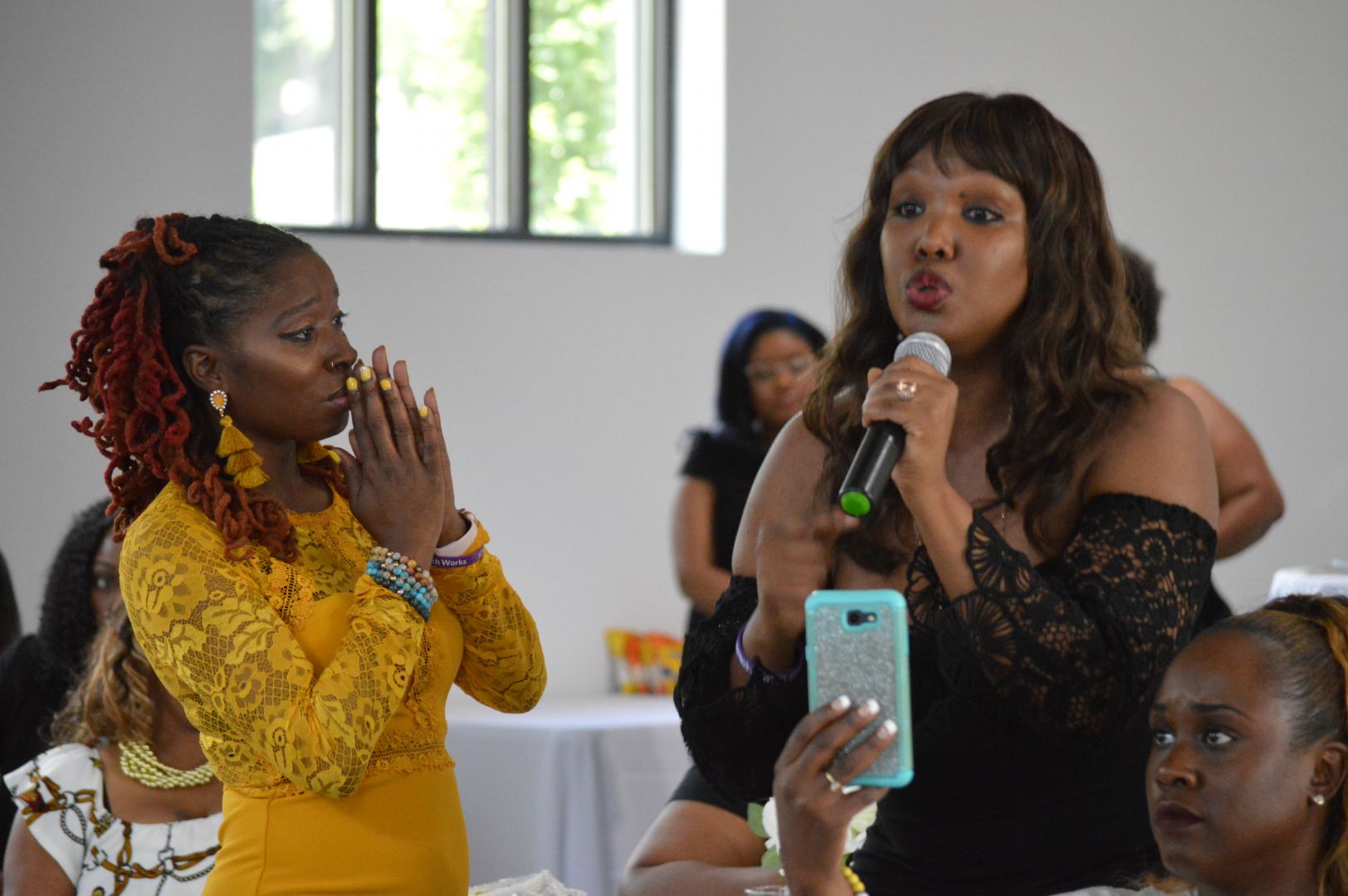 The Shoutout series is all about recognizing that our success and where we are in life is at least somewhat thanks to the efforts, support, mentorship, love and encouragement of others. So is there someone that you want to dedicate your shoutout to?
I want to shout out my Belgian angel, an investor whom, led by God, has funded many of Stronger Than My Struggles and STMS Cares charitable initiatives.