We had the good fortune of connecting with Marcus Grimaldi and we’ve shared our conversation below.

Hi Marcus, is there something you can share with us that those outside of the industry might not be aware of?
Great question! If I were to pick just one thing, it would definitely be the process of creating and releasing a song. Most people think you place a microphone in front of a subject, press record and then you’re done. It’s so much more complex than that. Essentially, there are 4 layers to creating and releasing a song – not including the songwriting process. First, there’s the recording process. Now like I stated above, it’s not just sticking a microphone in front of something and pressing record. Here are a just few of the many questions you’ll have to ask yourself before recording: 1. What room are you recording in and how does the subject sound within that room? 2. Where are you placing the subject in the room and where will the microphones be placed? 3. Are there issues within the room itself that are affecting how the subject sounds or how the microphones will pick up the sound? 4.. Is there noise in the room that will be recorded through the microphone? How do we get rid of it or how can we position the microphones to eliminate that noise? 5. What microphones are you using and are they the correct microphones for the specific sound you’re going for? 6. Are all 10-20 microphones on the drums working together to make one cohesive sound? 7. What preamps are you using and why? After the recording process is done, we need to edit! Editing the drums, cleaning up any noise, moving things around, tuning vocals, combining multiple takes of the song into one incredible take, etc. This takes time and it needs to be done correctly to ensure a positive listening experience for the consumer – you don’t want them to hear room noise, clicks and pops, or anything that’s unpleasant. With that being said, there are some genres/artists that want the editing to be as minimal as possible to achieve a ‘raw’ sound – they like the noise and the human elements in the song and that’s totally fine! Now the next 2 stages are really important! Let’s start with mixing. Mixing is when a sound engineer (more commonly called a ‘Mixing Engineer’) takes all of the recorded and edited elements of the song and balances them together. Essentially, they are the ones responsible for adding and enhancing the creative elements within the song and making it sound awesome! In my opinion, the mixing engineer is the sound of the artist. What do I mean by that? Here’s a perfect example. Andrew Scheps is a famous mixing engineer who has mixed just about all the Red Hot Chili Peppers records. The Chili Peppers sound the way they do because of Andrew Scheps. When their most recent album, The Getaway, came out, I INSTANTLY knew that Andrew Scheps didn’t mix that record. Why? Because it didn’t sound like a Chili Peppers record to me. It was missing the attitude that Andrew Scheps brought to the table! Ok, enough of my rambling. The final stage of the production process is Mastering. The easiest way to describe mastering is like this: it’s photoshop for music. The mixing engineer finishes their mix and sends a stereo file of the entire song to the mastering engineer. Having never heard the song before, the mastering engineer can instantly tell what the song needs. It might need more low end, it can be louder, or maybe the song needs to be brightened. There are a number of things that the mastering engineer does but most importantly, they are making sure the song will sound great on all types of platforms – earbuds, cars, laptops, etc. Once the mastering process is over, the artist can submit their music to a distribution company to release their music! 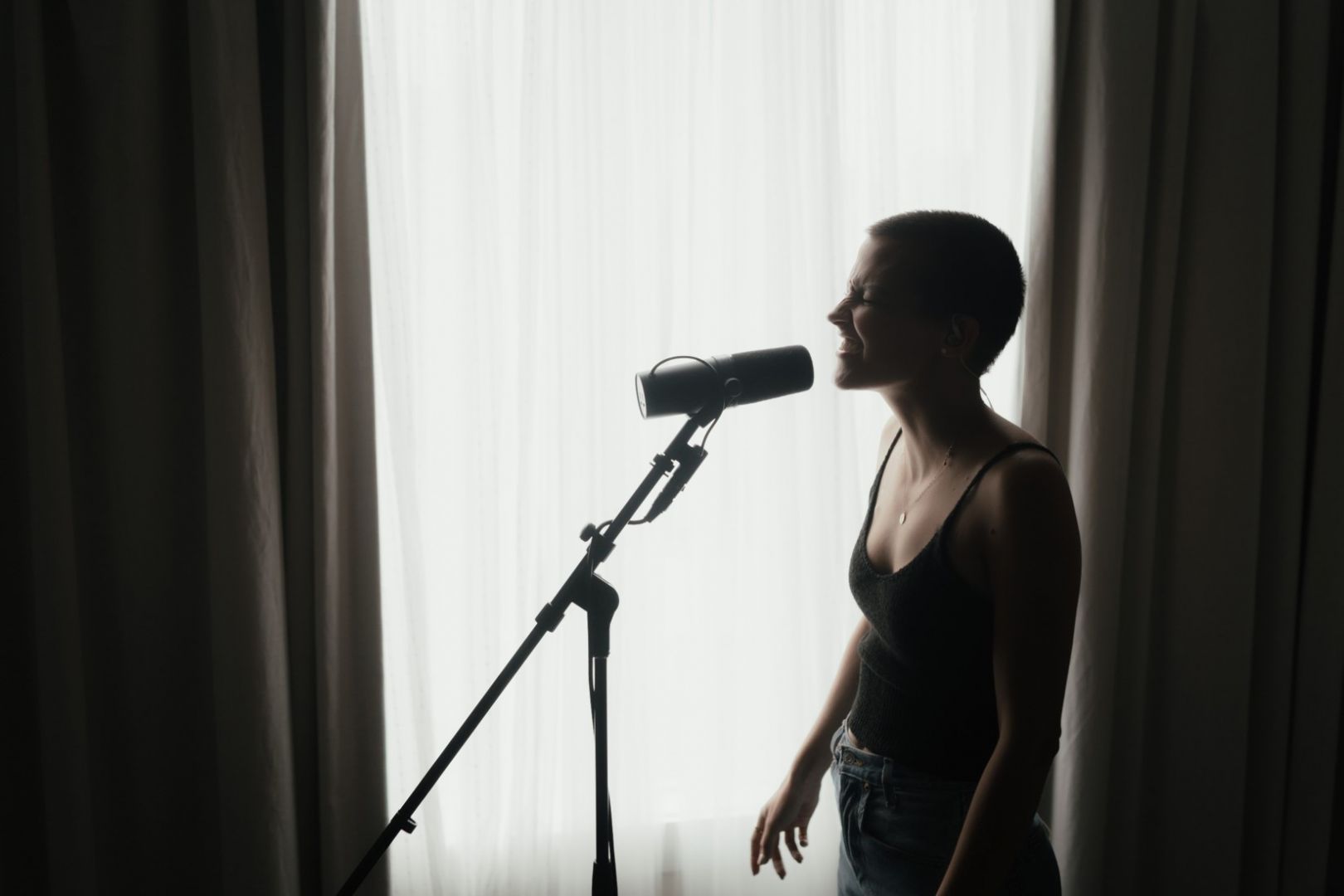 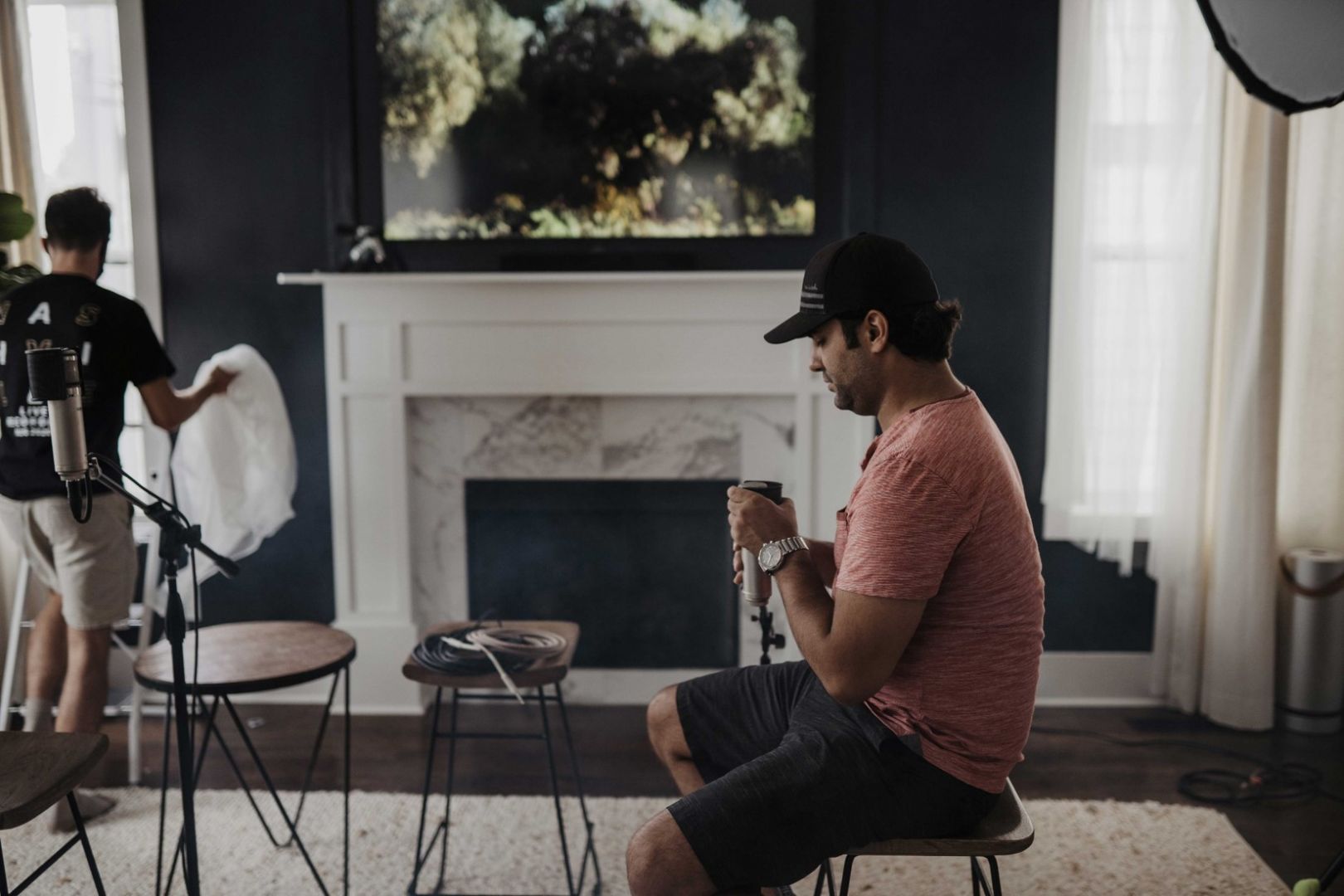 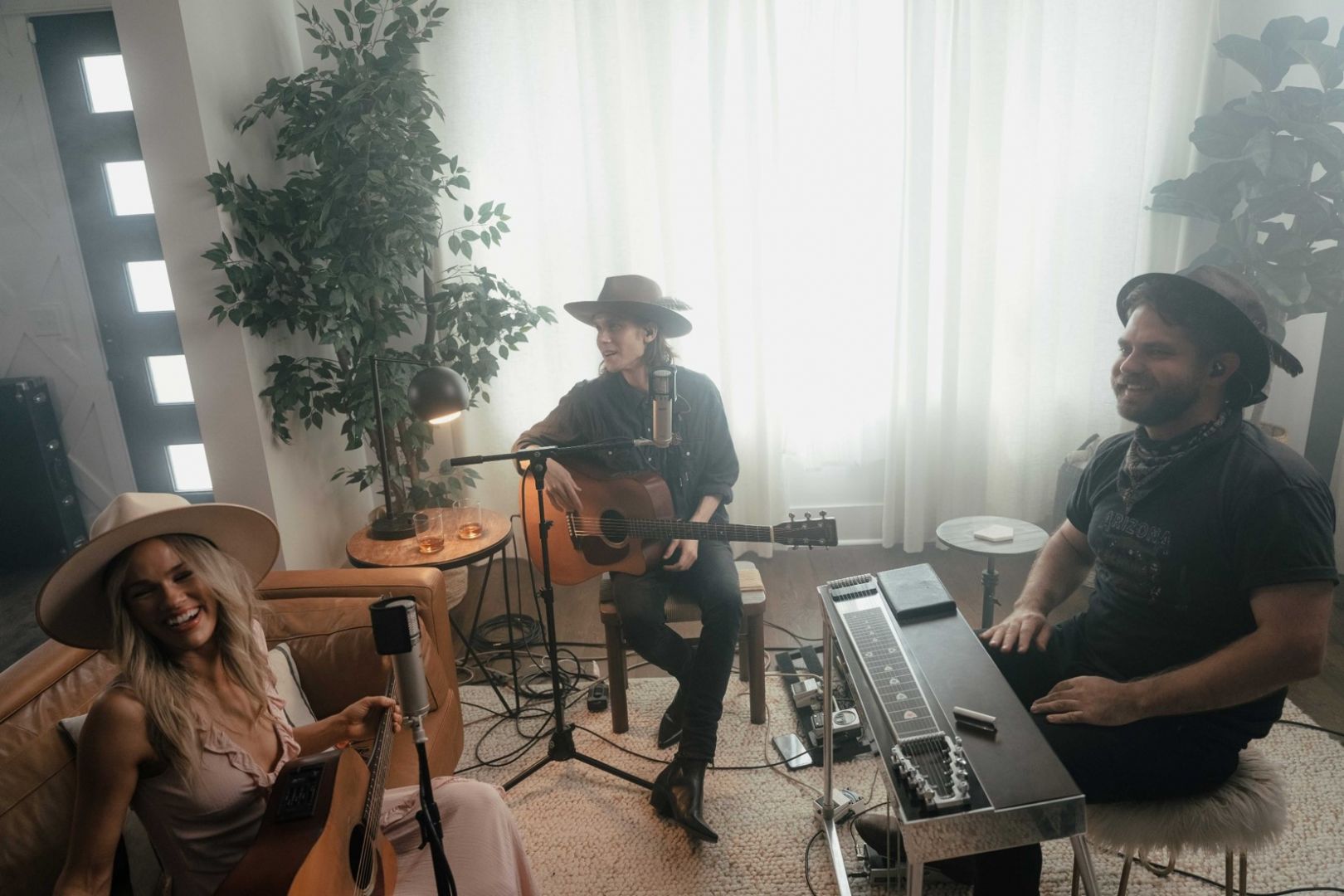 Alright, so for those in our community who might not be familiar with your business, can you tell us more?
I have 2 businesses actually – Next Level Recording and Maple House Sessions! Let’s start with Next Level Recording! NLR is a recording studio located just north of Atlanta in Sandy Springs! My primary focus is mixing and mastering which basically means artists or record labels send me recorded or already mixed songs and it’s my job to make them sound awesome! Artists or record labels send me recorded or already mixed songs and it’s my job to make them sound awesome! What sets me apart from others is my attention to detail. I have a number of artists reach out to me to get my honest opinion about the music they received from another mixing or mastering engineer. A lot of the time, I end up mixing their music because of my critiques – which are typically 3+ pages long! I want nothing more than for artists to release an amazing product for their listeners to connect with! That means being honest with people about their music – even if it’s not pleasant! I don’t like when people beat around the bush because they think someone wants to hear something pleasant. I want honesty when I send my work for to someone to critique. You can always tell when someone is just feeding you what you want to hear. I don’t want that. I want to hear the truth. Because of that, I want to tell the truth and I think artists really appreciate my honesty! My other company is Maple House Sessions. Maple House Sessions is a collaboration between my business partner/co-founder, Evan Collazo, and myself. Evan is an excellent filmmaker and owns a company called EC Creative Co. We’ve combined my expertise in audio production and his filmmaking to bring forth Maple House Sessions where we provide a world-class experience for musical artists to creatively, and professionally, express their artistic vision with a focus on cinematic filming and pristine recording! What sets Maple House Apart from others? First and foremost, not many people are doing what we are doing at the level we are doing it at! We pride ourselves on having a platform that creates incredible, live performances with some of the most talented artists around! Not only that, we love developing relationships! That’s what it’s all about. When Evan and I were starting this company, one of the number 1 things we heard from artists was that they felt underappreciated or that the products they were receiving from other companies were terrible. That’s not cool at all. We don’t have jobs without the artist so we definitely make them feel like they are appreciated and also deliver an amazing product! Now was it easy to get where we are!? Absolutely not. I think if anybody said their ride in their business was easy, they’d be lying to you. We’ve been grinding for a long time and now it’s really starting to pay off! That’s the lesson that I’ve really learned. Keep doing the things you love, with excellence, and it will eventually pay off!

Let’s say your best friend was visiting the area and you wanted to show them the best time ever. Where would you take them? Give us a little itinerary – say it was a week long trip, where would you eat, drink, visit, hang out, etc.
Oh, I like this question! Atlanta has a lot to offer so it’s hard to choose! I would totally bring a friend who was visiting to the Battery, Piedmont Park, the Beltline and definitely to my favorite food spots around the city! Favorite Food Spots: Grindhouse Killer Burgers (best burgers in Atlanta – hands down), Daves Cosmic Subs and also the best BBQ in town, Maldi’s Barbecue (which is totally me in my backyard, however, I DOMINATE the BBQ game). Doing things fun – a Braves game, Piedmont Park, The Beltline, hanging out with friends at some of the many breweries around the city! My favorite spot in the city – The Whiskey Project in Roswell! They have over 2,000 whiskeys and it’s an incredible restaurant as well! 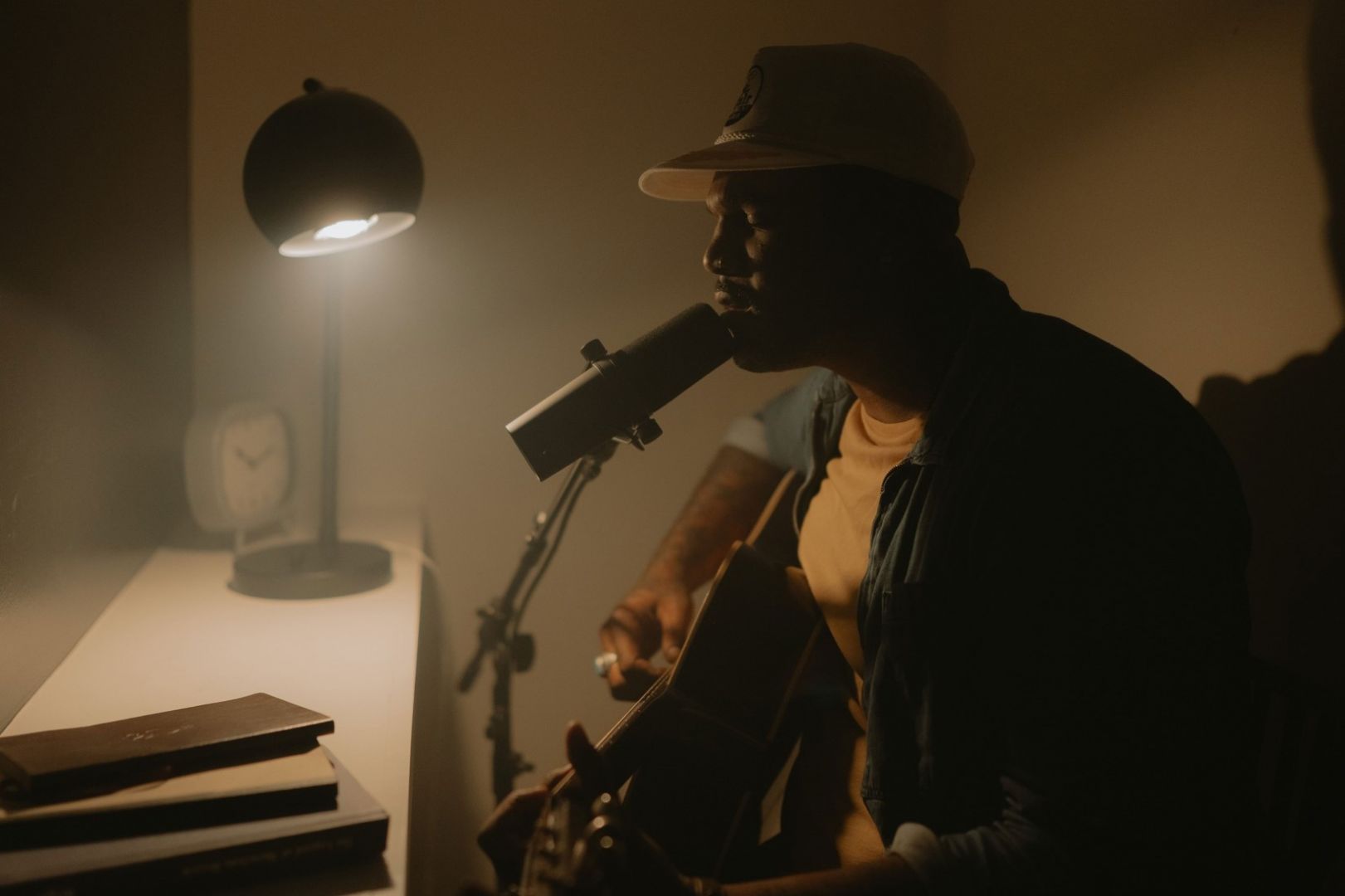 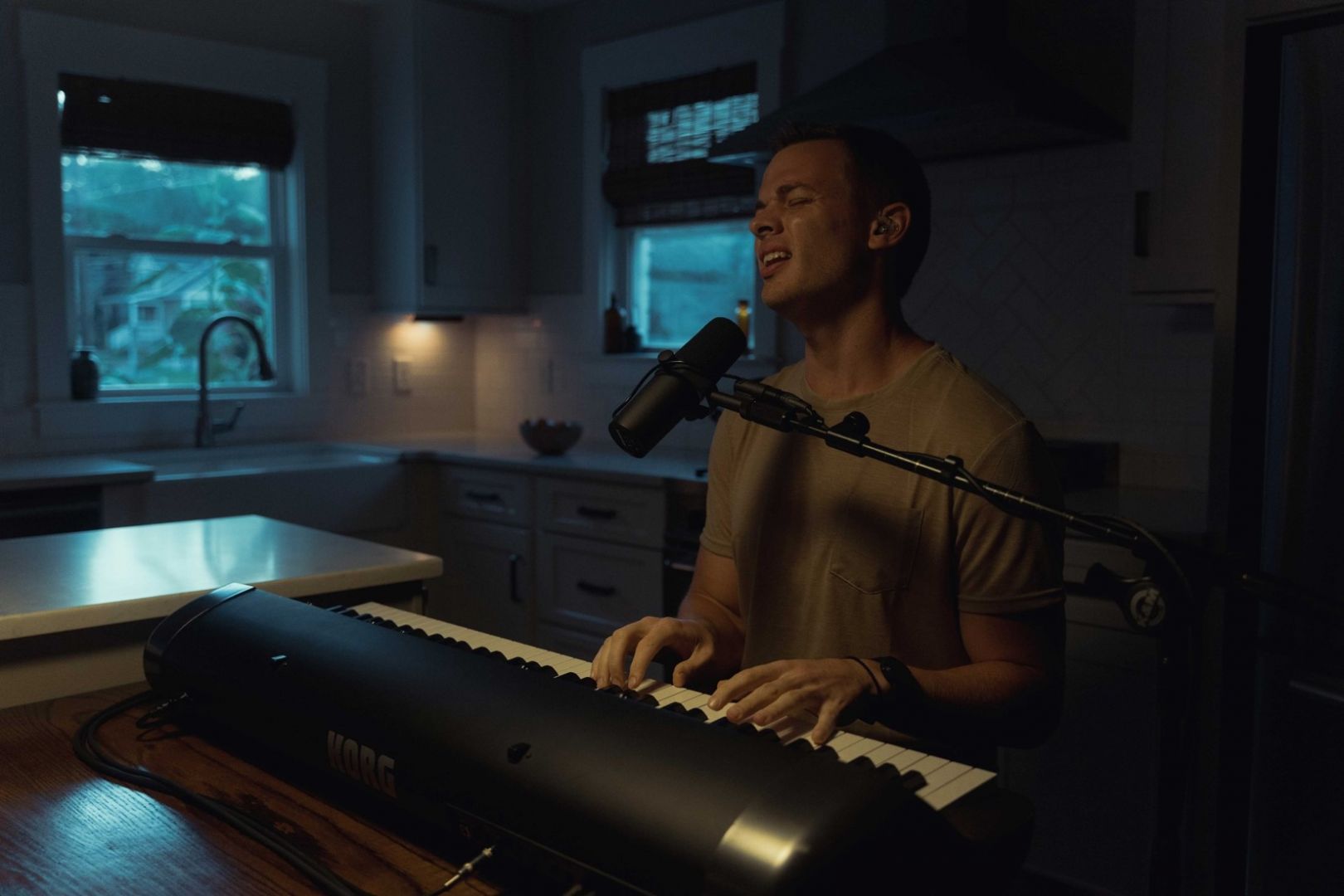 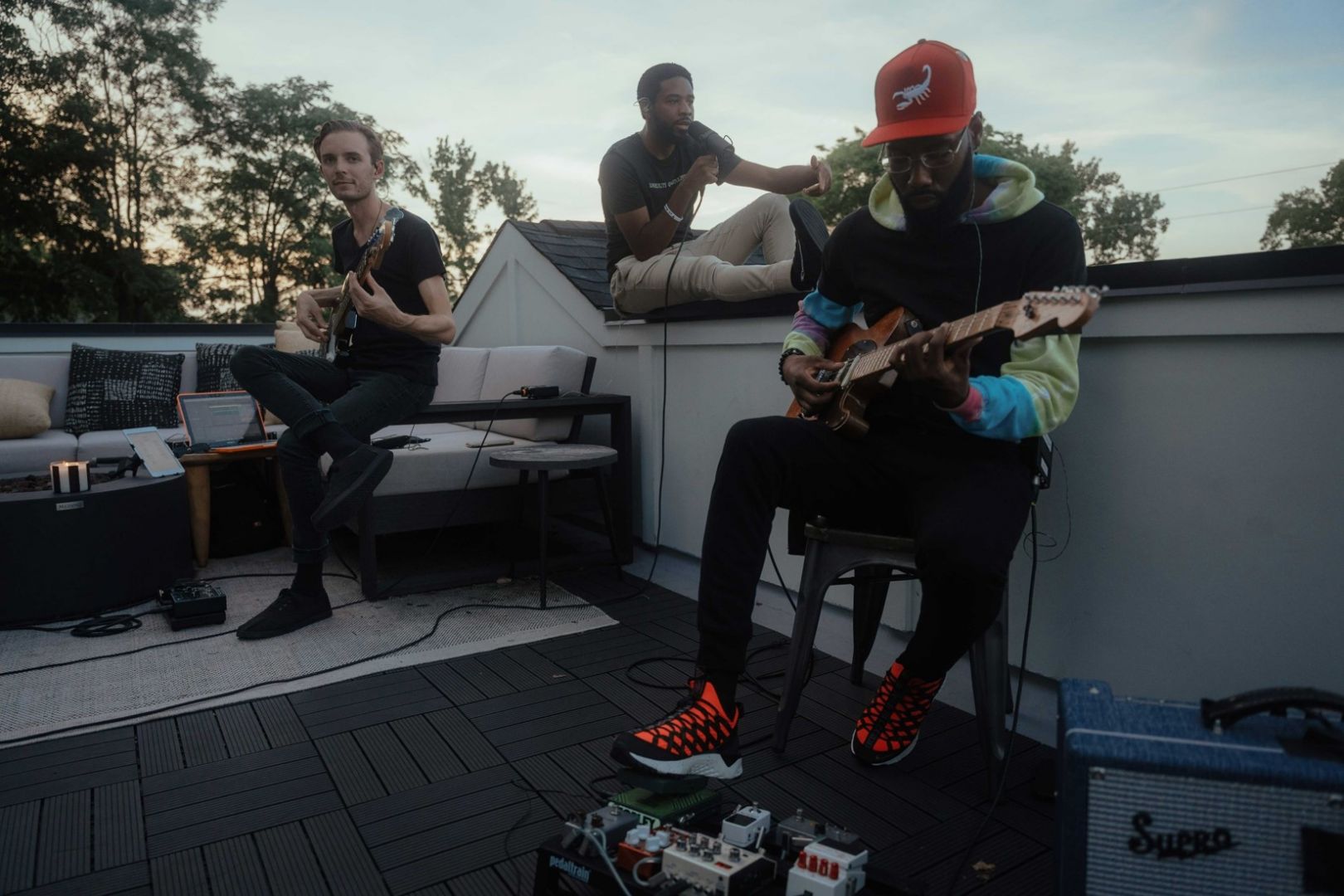 Who else deserves some credit and recognition?
Jesus deserves all the credit – hands down. I wouldn’t be here today without His guidance, love, and sacrifice. If anything comes out of this article, I would want those who are on the edge of trusting Jesus with their lives to take that leap. There’s nothing greater and you’ll never regret that decision.