We had the good fortune of connecting with LaRod Jones and we’ve shared our conversation below.

Hi LaRod, what was your thought process behind starting your own business?
Honestly, I wasn’t planning on starting a business. I just knew something in my life had to change. I worked a good paying job at the time, but that was it. I felt like I should be doing more with my life. I felt I was slowly dying inside, my time was more valuable. I also watched the older employees, the OGs so to speak, complain about the job every day and how much they hated it. Yet ,they were so happy to retire from that job. Those individuals worked over 30+ years at a job they hated because the pay was good. That’s when it clicked for me, I realize I didn’t want to be one of those people. I realize my time was worth more than a paycheck, but even with that mentality, fear was big factor. My first attempt at taking a risk on myself, I crumbled. The week of me putting in my two weeks notice, I backed out and that following year was probably one of the toughest years of my life at that time. I knew next time I put that energy out into the universe, I had to follow through. Unsure how I was going to make money, sustain a certain lifestyle, pay bills, etc… I had to take that jump! I knew if times got bad I could always find another warehouse job or some place to work. I wasn’t prepared, but I knew I had to do something different. The following year, I quit my job, took out all of my 401(k), moved back to Memphis and started focusing more on music. I didn’t know anything or anyone making a living off of music starting out, but I knew I was good enough to get started, I knew I was a very determined person, very self-motivated, and extremely passionate about music. I believed something would work out. The first week of truly “trusting the process”, I just hit the ground running! I was offered several musical opportunities, different showcases in the city, different networking workshops. Some opportunities were paying ,some not. Those opportunities allowed me to get the experience I needed which is something you can’t teach, read about, nor watch a tutorial on. You just have to live it! I did a lot of things for free just off pure passion for music and exposure that led me into working with different artist throughout the city. Major shoutout to the homies, Ms. D.O.A(Dope On Arrival) Stephenie Chambers. Her platform (specifically the DOA Draft) along with the shows Jason “Da Hater” Harris put together allowed me to connect with multiple artists throughout the city. That turned into people asking me about recording and production. Those early stages, I just wanted to work with any and every artist I could! I ran into a few artist that took advantage of my passion for music. Those experiences slowly formed my business. My mind started racing, I started researching more about the business and learning more about my craft allowing me to understand the value of my time and work. I’m just thankful that I was aware enough to notice the opportunity I was being blessed with! 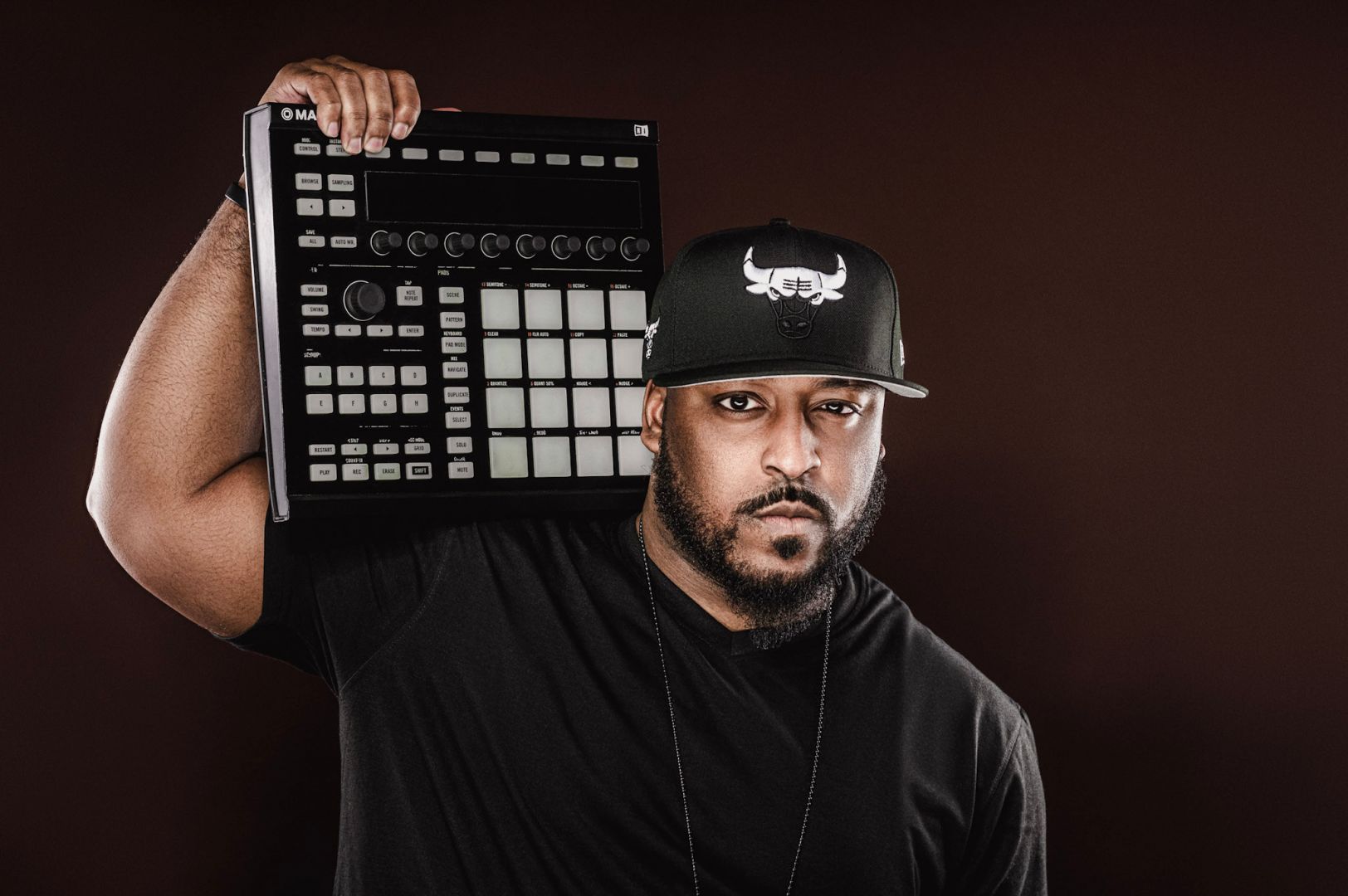 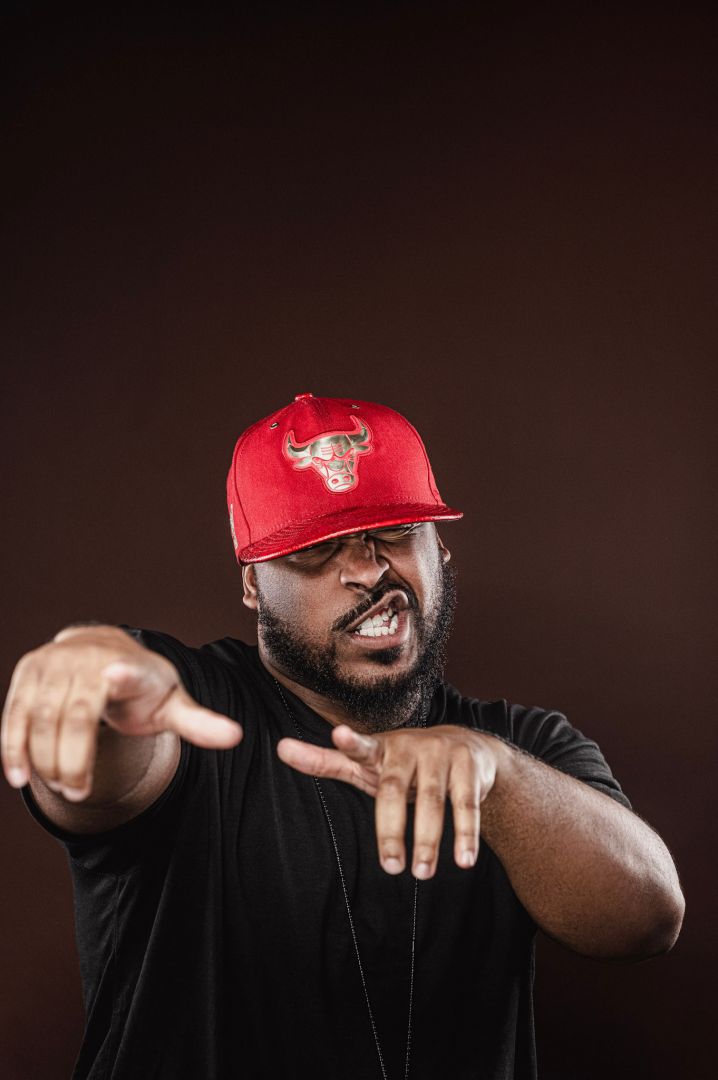 Can you open up a bit about your work and career? We’re big fans and we’d love for our community to learn more about your work.
I have always been around Art, I gravitated to drawing and music at a young age. Yes, I love sports, I even played football for a few years but Art was always around somewhere more so the Art of self-expression. I’m a huge fan of self-expression, so drawing and music were the ultimate ways for me to express myself without saying much. Fast forward to now, the most recent success would be the opportunity the label, 300ent, afforded Steaksawse. That opportunity landed our song Klikkk Klakkk on the radio and on TV One’s “Unsung Presents :Music & The Movement”. Outside of it being a great opportunity, the impact that it had for me was much bigger than so-called typical success. That song as well as the Molotov project itself, were all created out of pure emotions. Molotov was created during a time when we’re constantly witnessing police brutality! We’re constantly seeing and hearing about BLACK LIVES NOT MATTERING while also dealing with a pandemic. It was hella difficult to deal with. I was in a space where I wasn’t sure how to approach the situations. We had all the riots going on, the marches… I wanted to speak, but was so enraged at the time. I wasn’t sure how. Thankfully, I wasn’t the only one that felt that way. After having conversations with my Steaksawse team, we decided to create a project that would allow us and other artists to speak on the current times. This was OUR moment in history to leave a mark and give future generations the REAL life events . For Klikkk Klakkk to be the song that elevated us as artists, was a defining moment for me, it showed that we can be ourselves, and speak on these issues. Most would consider it political, but for us, THIS was our every day lives being BLACK in America.

Let’s say your best friend was visiting the area and you wanted to show them the best time ever. Where would you take them? Give us a little itinerary – say it was a week long trip, where would you eat, drink, visit, hang out, etc.
If one of my friends were to visit, more than likely, it would be something music related, a live band, concert, etc… have a conversations and just catch up on life. I’ve learned those conversations always are little bit easier with great music involved. When it comes to food, I’m pretty flexible, but there is a restaurant named Firebird’s Wood Fired Grilled that have these Philly cheesesteak egg-rolls that are AMAZING! All of their food is pretty good but those egg-rolls are CLUTCH! There is also a Jamaican food truck called Island Paradise Takeout. Their jerk chicken pasta is ON POINT! If BBQ was on the menu, my go to at the moment has to be One and Only BBQ. As for desserts, I enjoy, but not as much as I would like to, Insomnia Cookies. With a pandemic happening, all of this could be ordered To Go and the setup would be in my studio, to enjoy good music, making music, and enjoying the conversations and ambience. 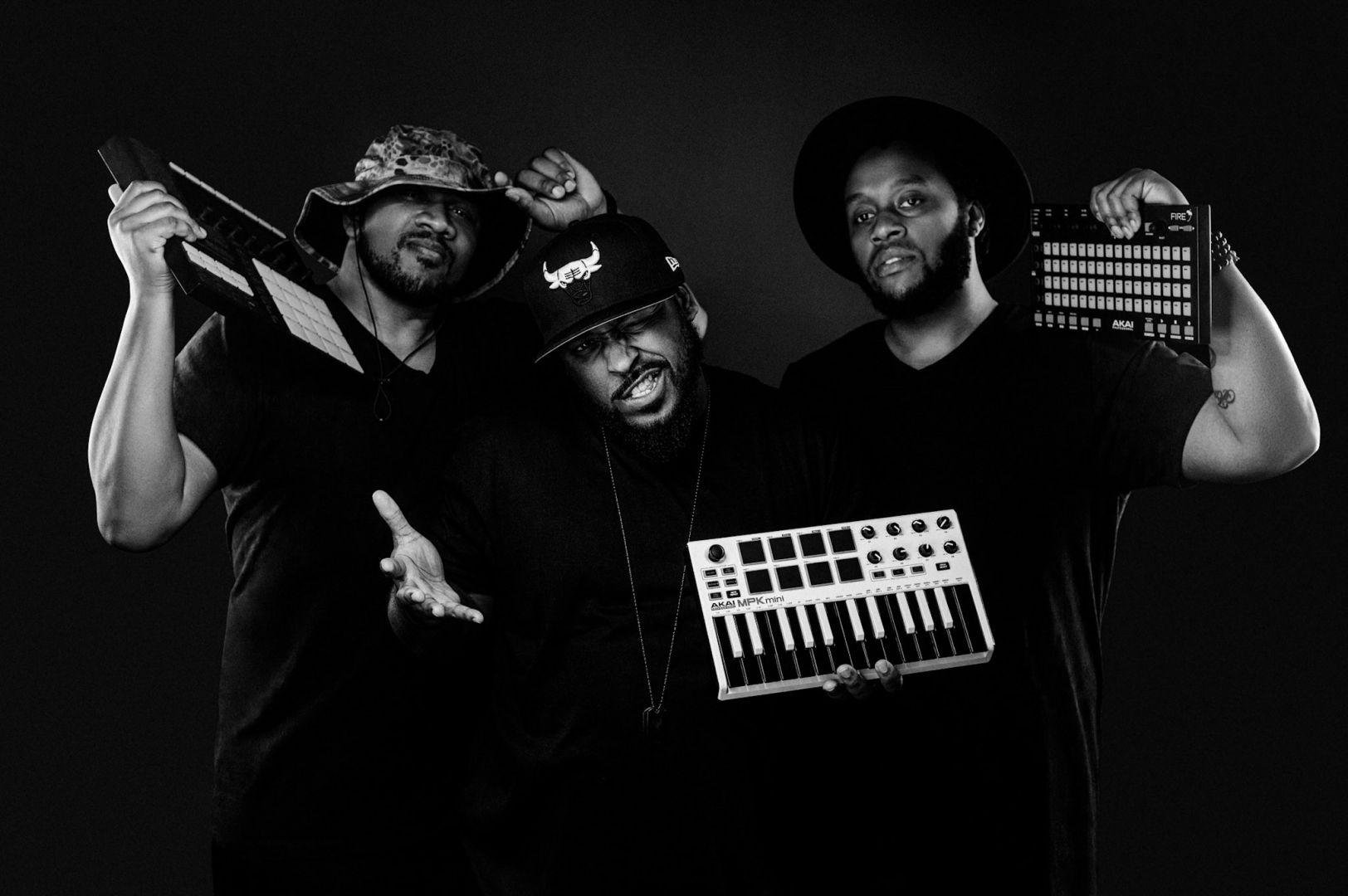 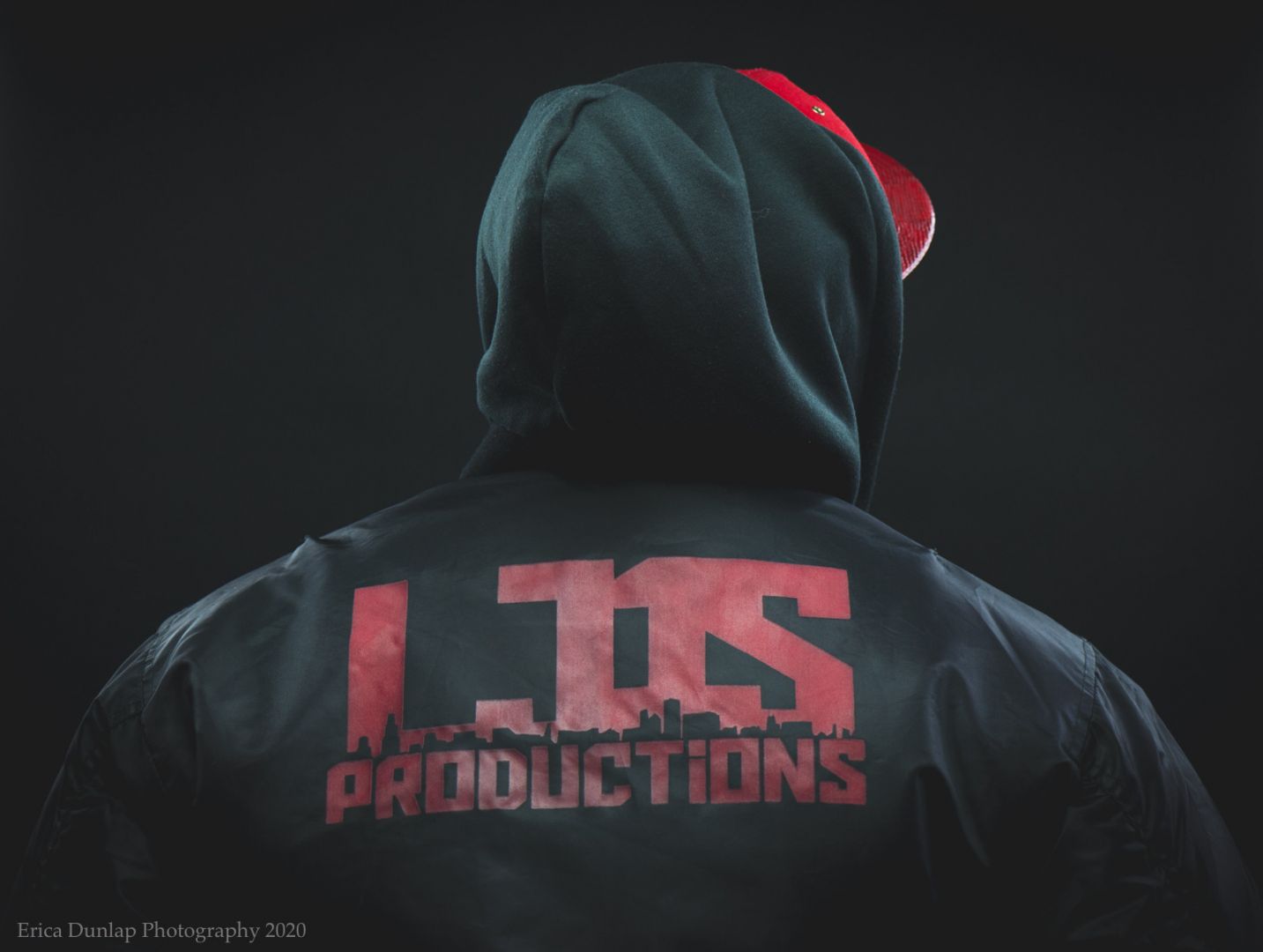 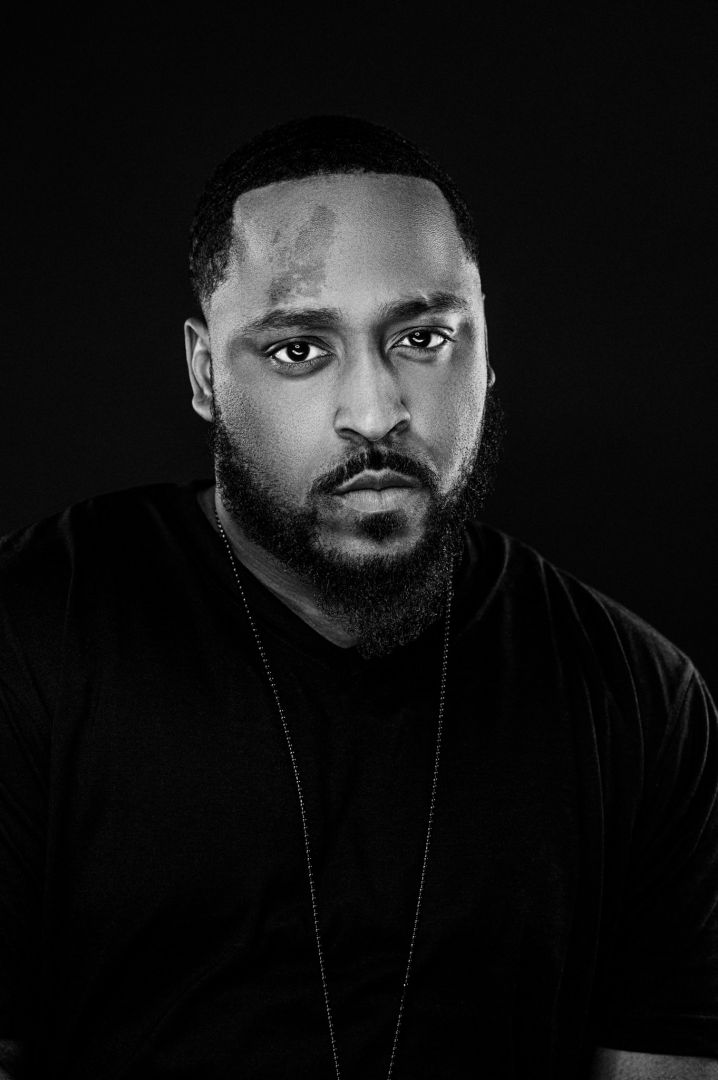 The Shoutout series is all about recognizing that our success and where we are in life is at least somewhat thanks to the efforts, support, mentorship, love and encouragement of others. So is there someone that you want to dedicate your shoutout to?
If I had to shout out anyone, it would be my uncles Nick and Charrod. Those two guys sparked my interest in music. One day I was walking through my grandmother’s house and they were there, just working! They recorded themselves on a cassette tape (man this sounds so old) and I was able to listen to them on the radio. From that moment forward, I was interested in music! That was the start, I would also have to salute and shout out my big homie, EMPEE! He was the first guy to actually give me the equipment, and software that allowed me to let my curiosity run free. He was the guy who put me in the room with most of the people I’m connected to now. I also have to shout out the big homie, IMAKEMADBEATS! He’s the one guy I witness doing this on a higher level. Conversations with him, watching the way he moves, how he handled his business, inspired and helped me grow in so many aspects of my own business and creatively so, huge salute to him. Of course, I have to shout out my team, my brothers, Steaksawse. These two guys, Kingpin Da’ Composer and Sunny Dizzle, those dudes have been pushing me ever single day since we’ve became Steaksawse. One person I can’t forget has to be Alexis. We’ve been through a lot but she’s played a huge huge part of me being able to do what I’m capable of doing today. Outside of family, she’s one of the first people to actually believe in me, and trust that I was capable of being something bigger than even I could see at the time. She’s still in my corner today so I can’t thank her enough. Last but certainly not least, I have to thank my family. Unlike a lot entrepreneurs, especially creatives, I have a pretty good support system on so many different levels from my grandmothers, sisters, etc…so many people that I can thank I’m extremely blessed and grateful for the support, conversations, feedback, and love!

If I were to credit any books that helped me out, so far, I would have to say The Alchemist by Paulo Coelho. Even though it’s not a business book so to speak, it is a book that sent me down a path to learn myself, which is extremely important on so many levels of business.