We had the good fortune of connecting with Kara O’Brien and we’ve shared our conversation below.

Hi Kara, can you talk to us a bit about the social impact of your business?
I’ve been a tree hugger, salvager my whole adult life.

So the Alpaca Treehouse is built predominantly with actual architectural components that were slated for the landfill. Same story with llama and alpaca’s barn and even the chicken coops. Instead of contributing to the cutting of more trees, releasing more carbon, we saved old windows, stained glass, pallets, doors, porch columns, siding, beaded board, 1800s metal barn roofing, even the tree supports themselves. The massive black locust supports were in a massive pile and were saved from a decade ago–from homeowner’s tree removals. Using the reclaimed parts contributes less in waste and requires less in new resources and transport. As an added bonus, it imparts a warmth and sentimental sense of history.

Our animals are also reclaimed. Our llamas and alpacas are all rescues, including our cats, dogs, and most of the chickens. Rescuing is difficult, expensive, and usually takes a lot of vet visits, shearing, toenail, teeth basic care. And then trips to Auburn University Teaching Hospital to get the animals back to health.

But watching these intelligent creatures acclimate and realize they are safe, loved, and spoiled is beyond rewarding. 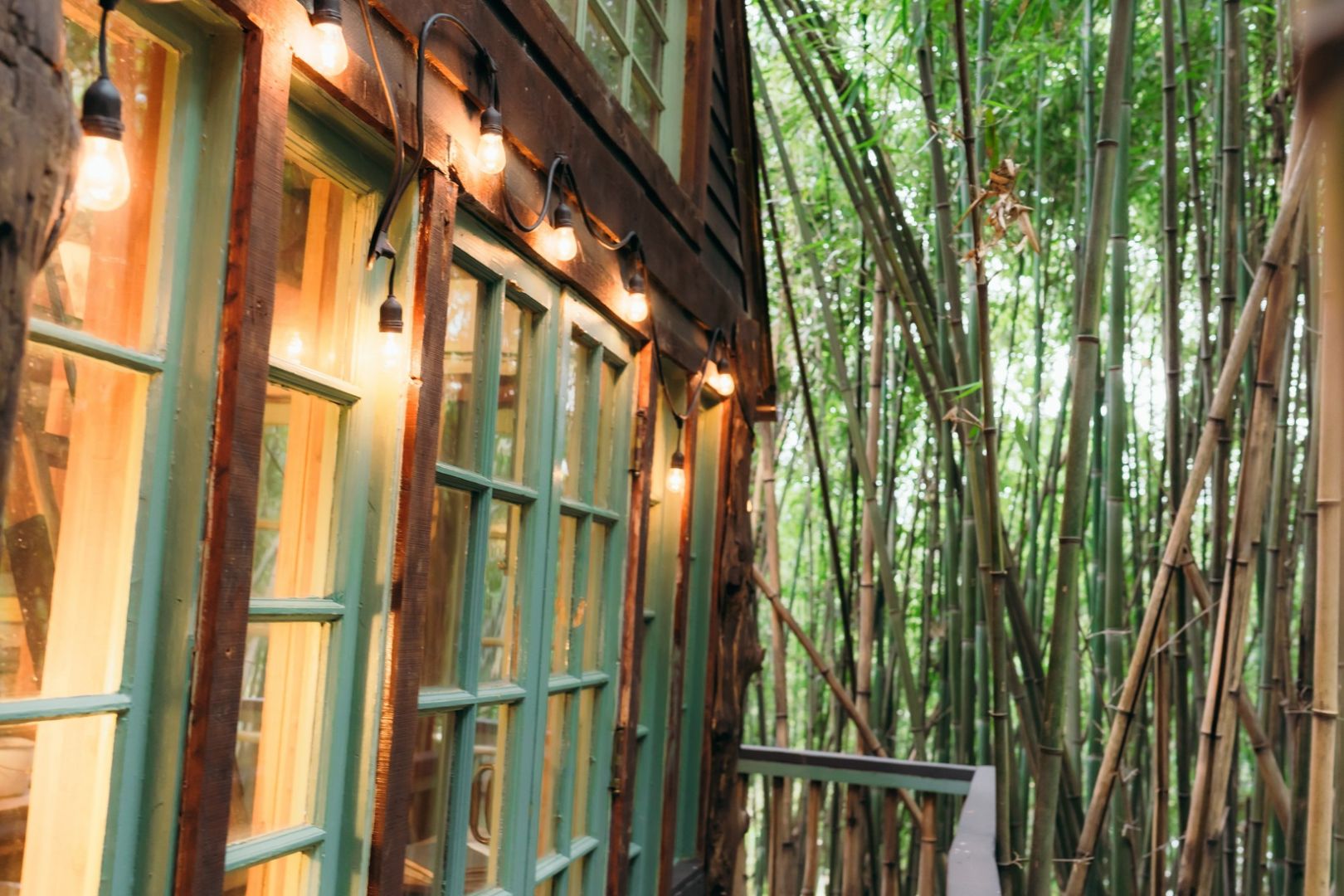 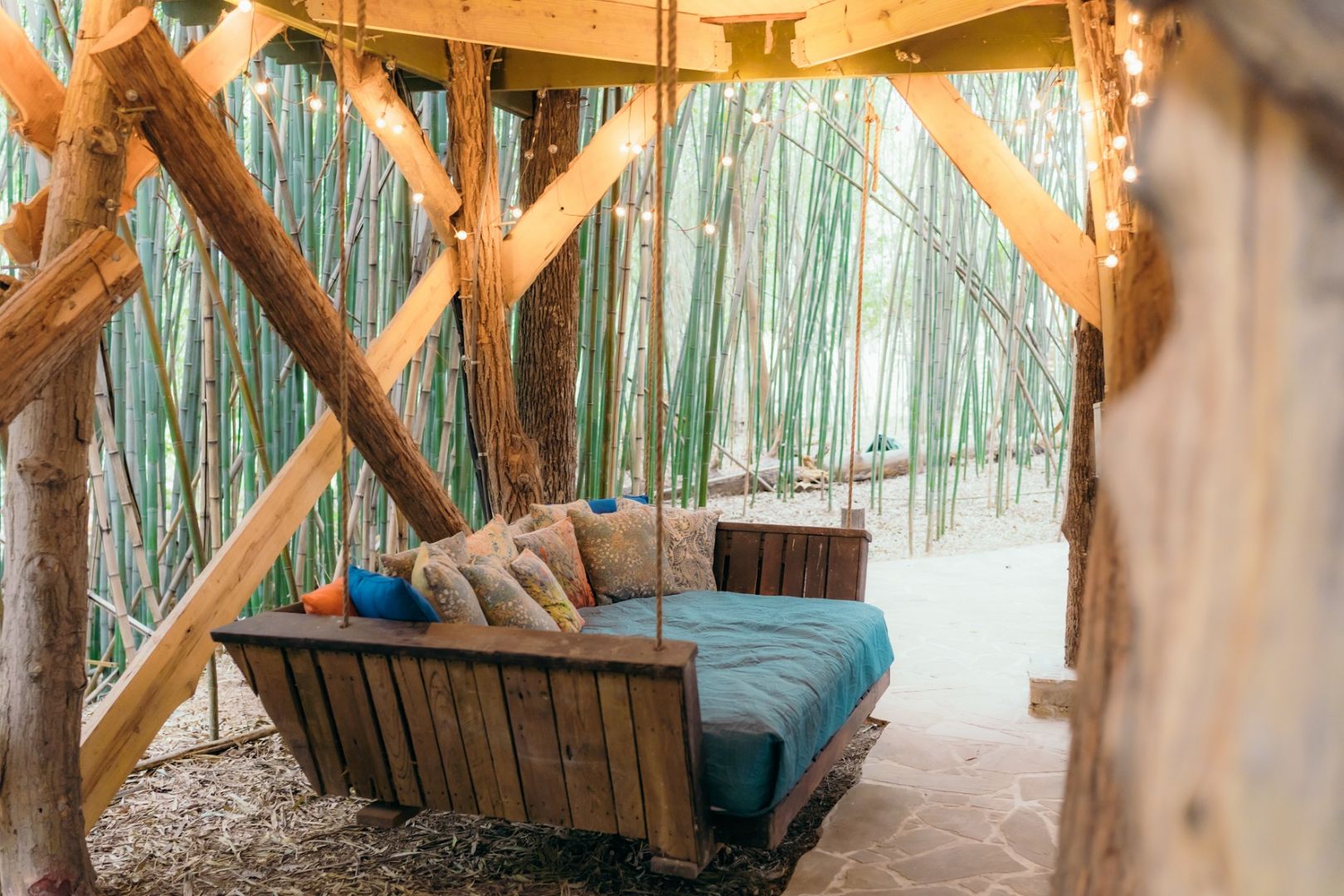 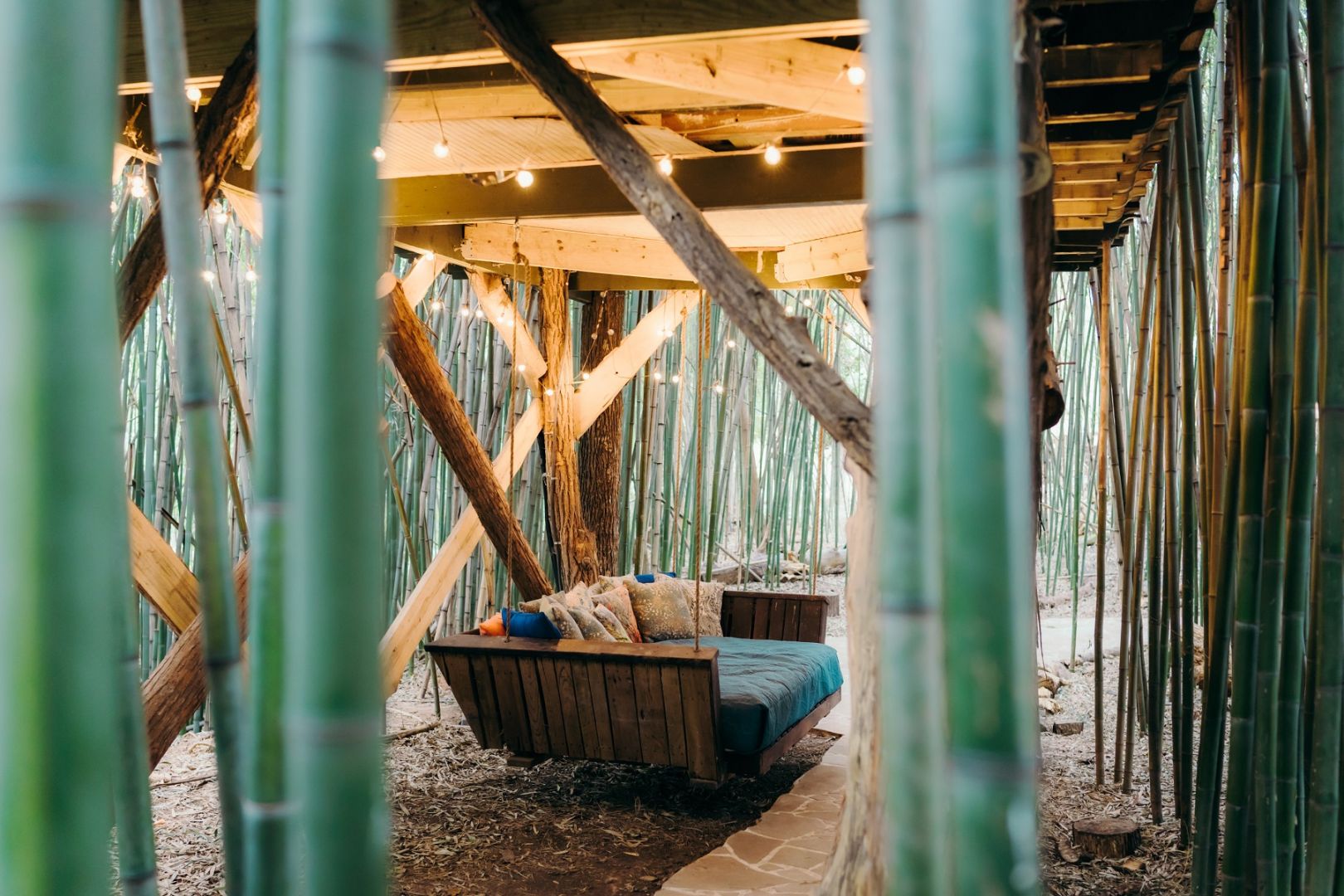 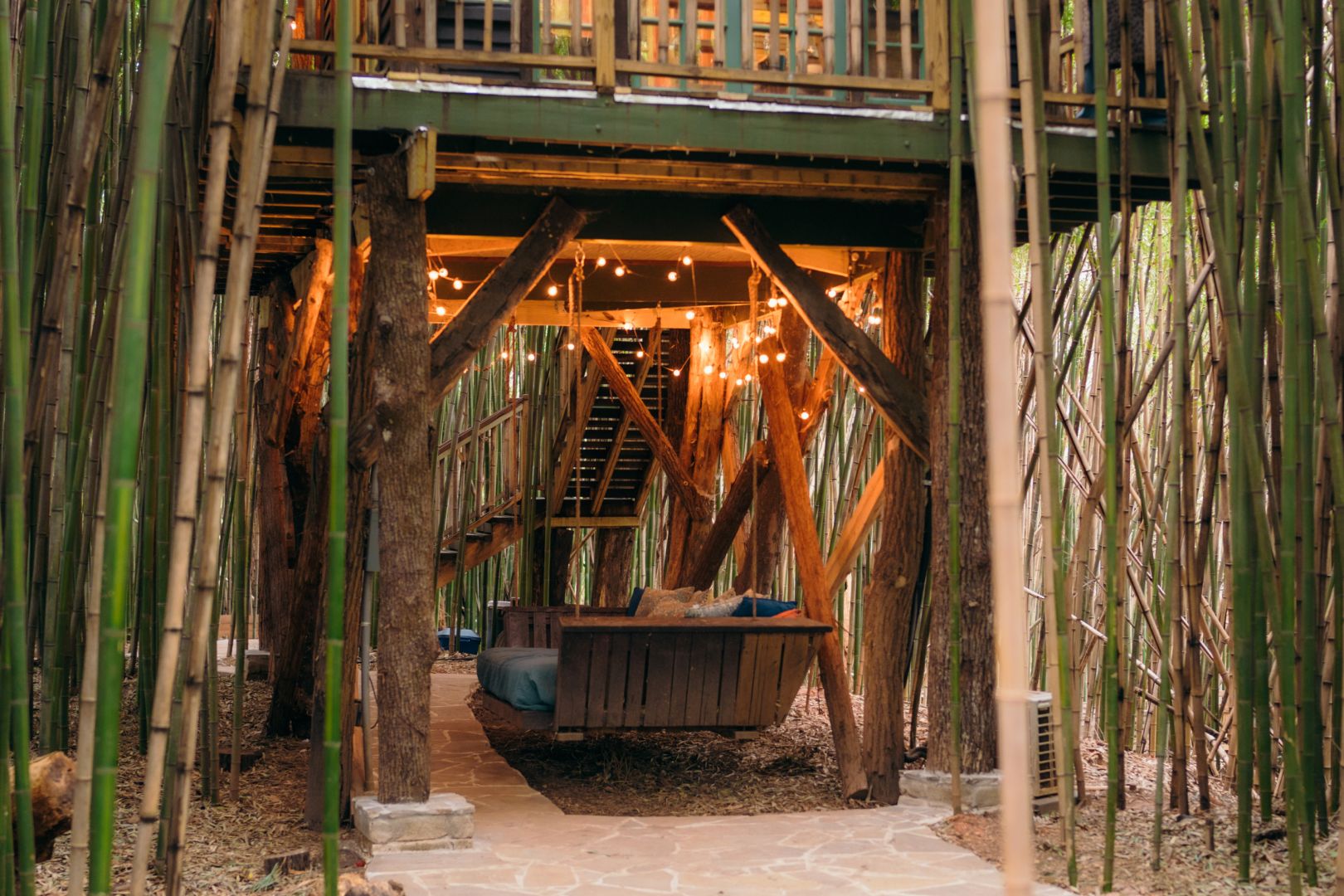 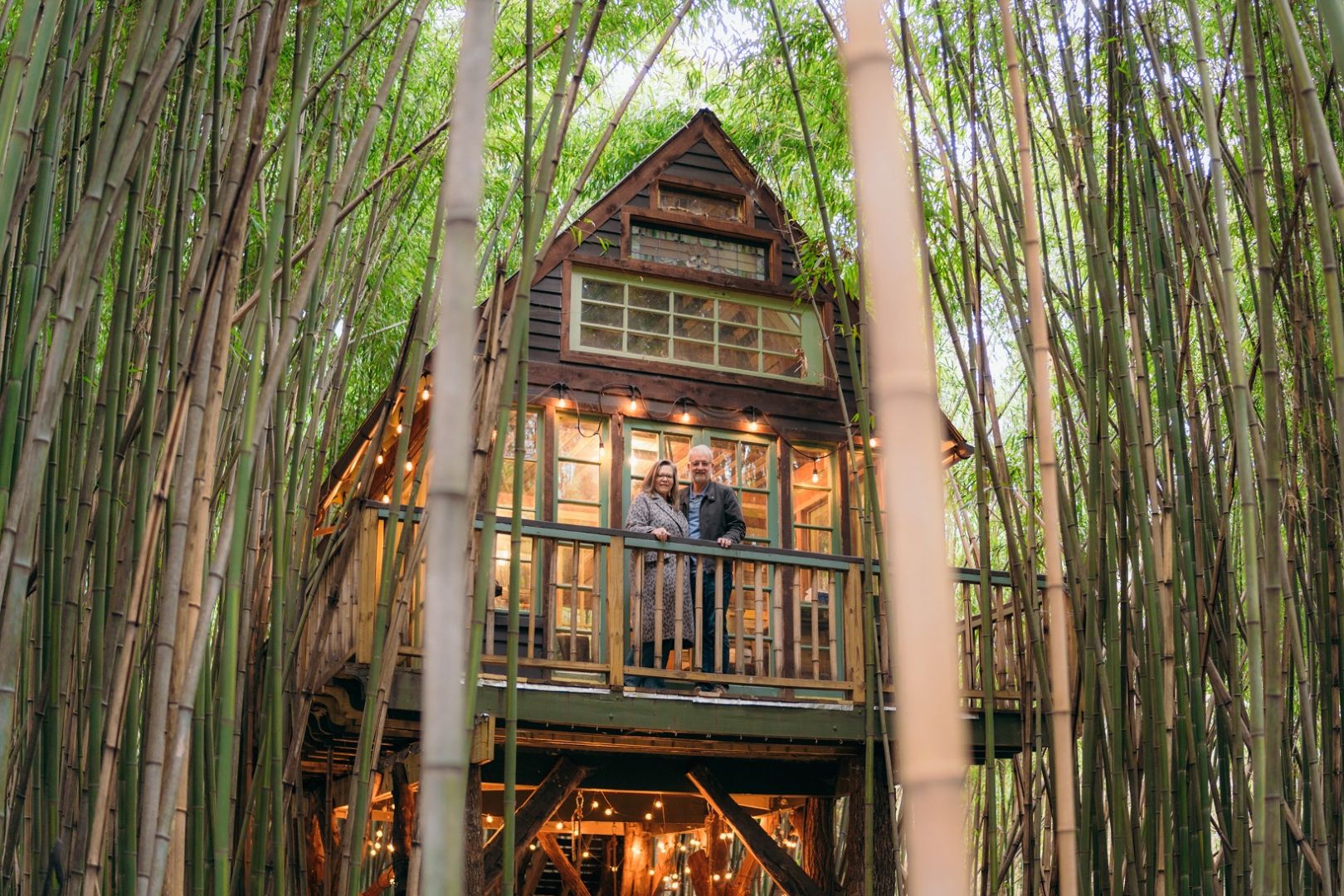 Alright, so let’s move onto what keeps you busy professionally?
This was an accidental business. This was just about flexing creative muscle and crafting something unique for myself and my friends. I think that when you satisfy your soul creatively, others end up appreciating the art as well. It’s like a vision that gets set in motion and while it’s hard to see the vision from a mere description, once it’s tangible, it takes on a magic of its own. Which is completely independent from the creator.

Everyone thought the idea of the treehouse in the bamboo was a really dumb folly of an idea. My mom, my friends, family, even my 12 year old daughter thought this was such a ridiculous thing to do. But I thought it would be really cool and unique. I think if you believe in your vision, pursue it.

I was shocked, at first, that there was such an outpouring of love towards the rescue farm and the treehouse. I think when you create a little personal utopia, and it’s as quirky as our property is, it doesn’t occur to you that it will be so well received. That was shocking on many levels.

I’ve learned to always put my family and animals first over business. It’s how everything began. It was about caring and rescue and it was always important to give back with successes. We donate proceeds to several neighborhood charities.

I’m beginning a new venture out on a 27 acre river property in rural Alabama (about 80 minutes from Atlanta) and will be using reclaimed materials to build cabins, treehouses, hobbit houses. I want to stay true to the original vision of repurposing and saving architecturals from the landfill. And also preserving the gorgeous nature, forest, and wildlife on the property.

If you had a friend visiting you, what are some of the local spots you’d want to take them around to?
I’m a very outdoorsy person, so I would take them on a hike up to the top of Stone Mountain, with a small snack packed for the top. Then pop in at The Village Tavern for a pretzel sandwich/beer reward after the hike.

I would suggest that we take the llamas for a walk down to the patio at Midway Pub for lunch and a beverage. You always meet people when walking llamas and it’s good training for them. 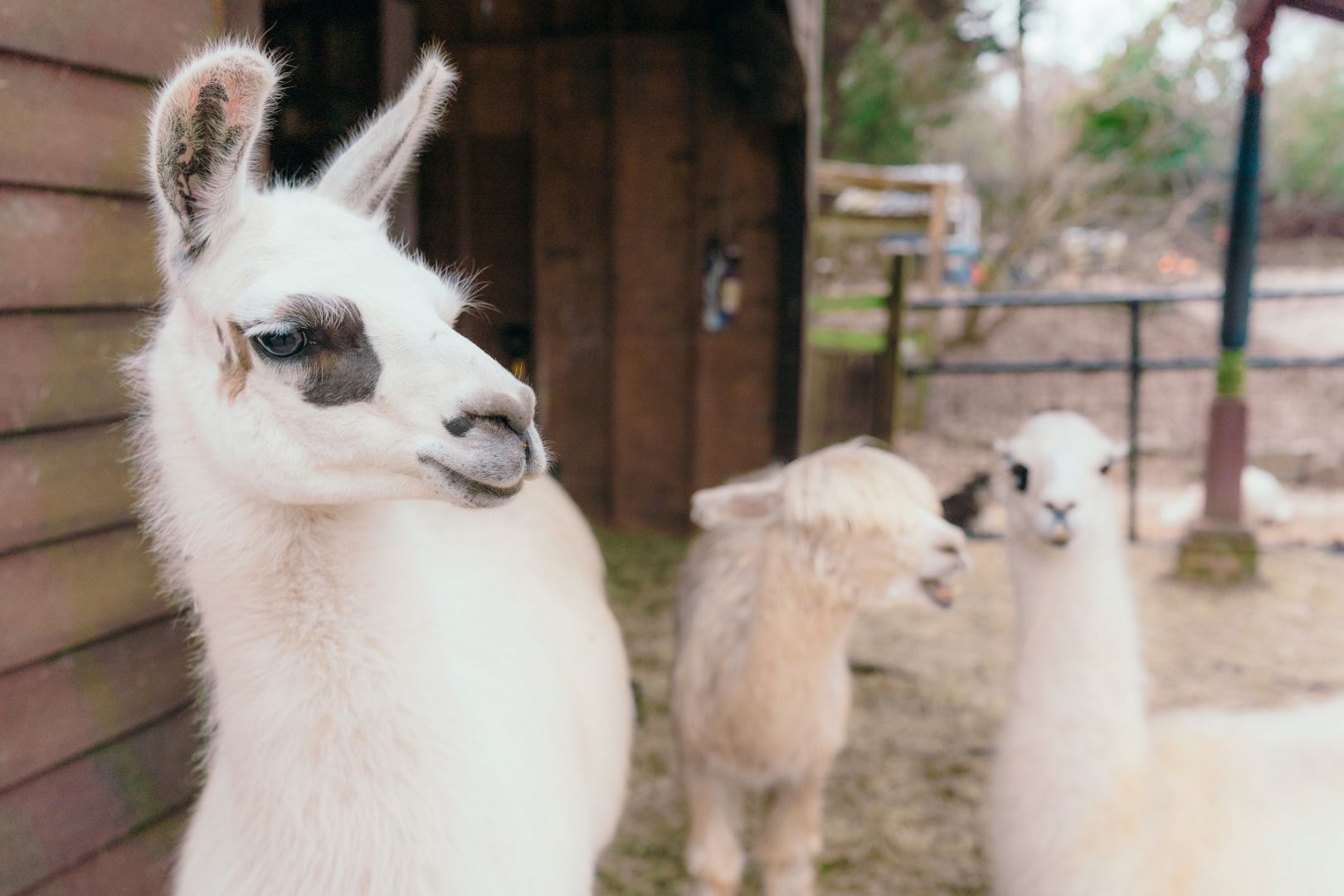 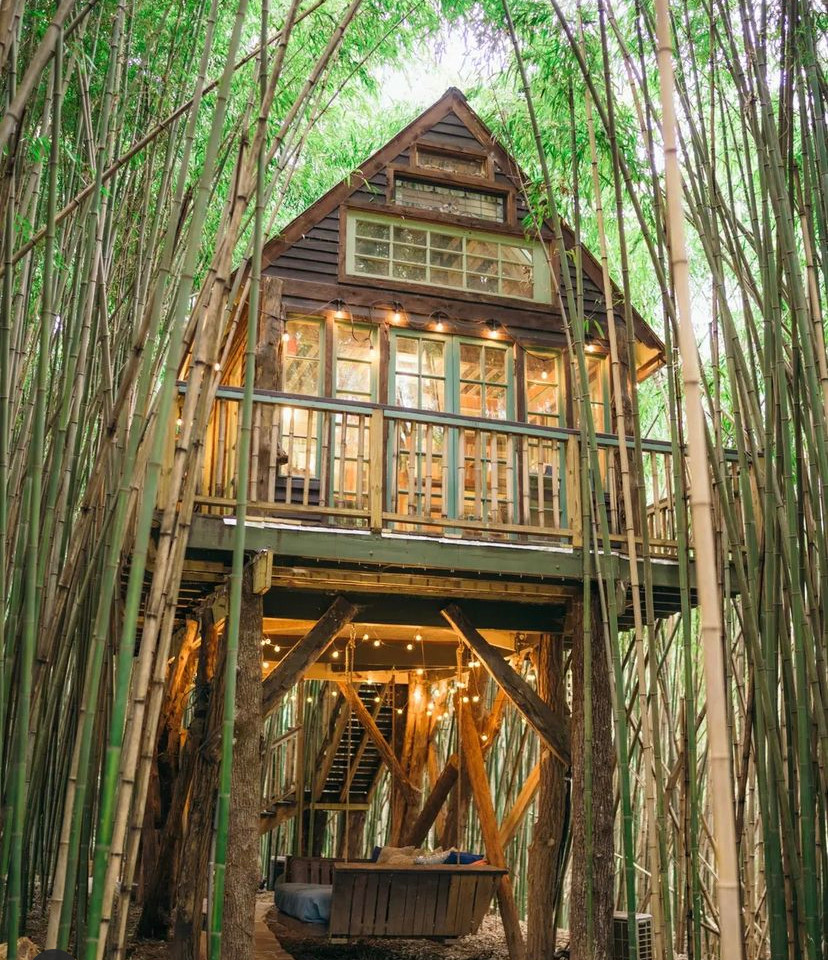 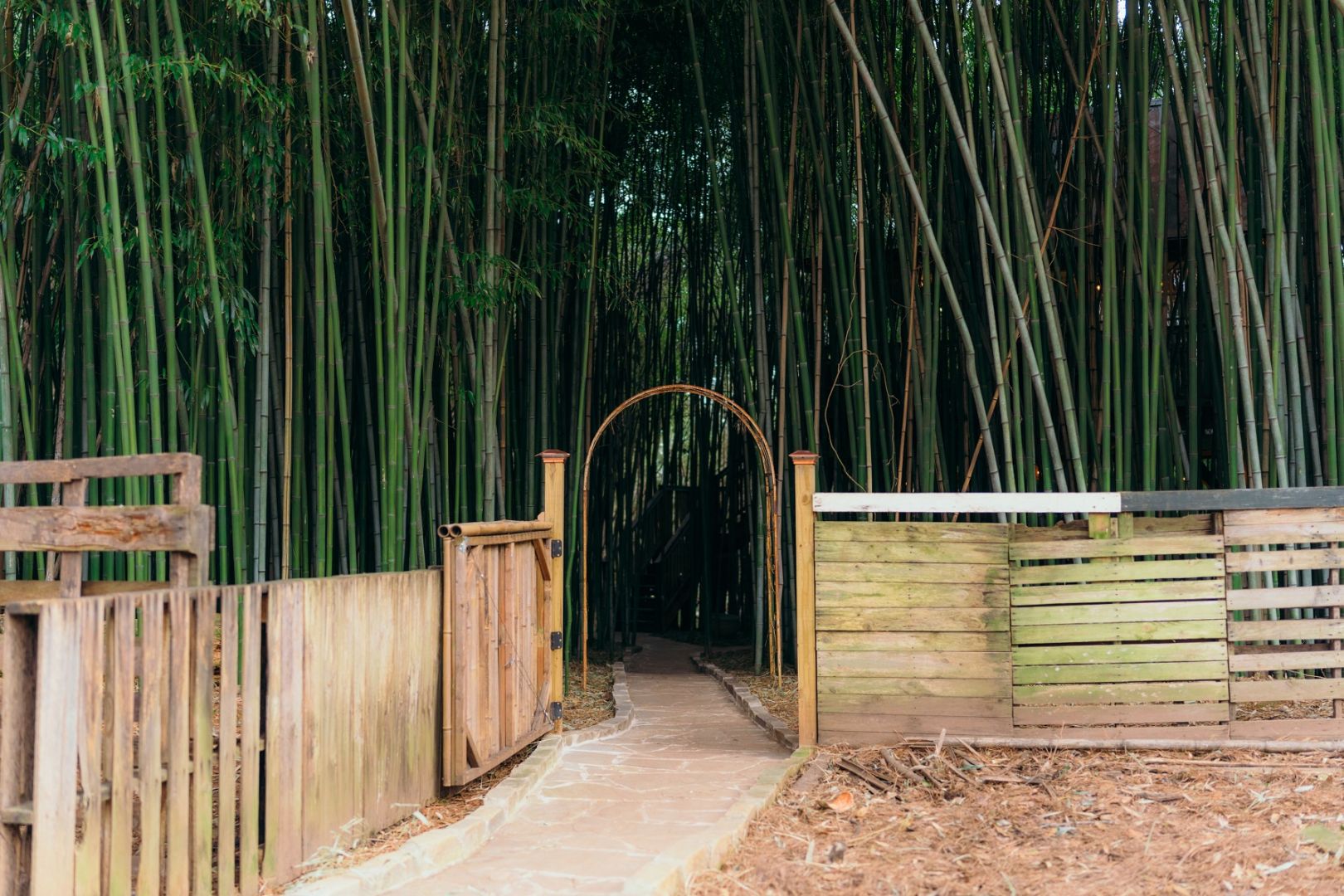 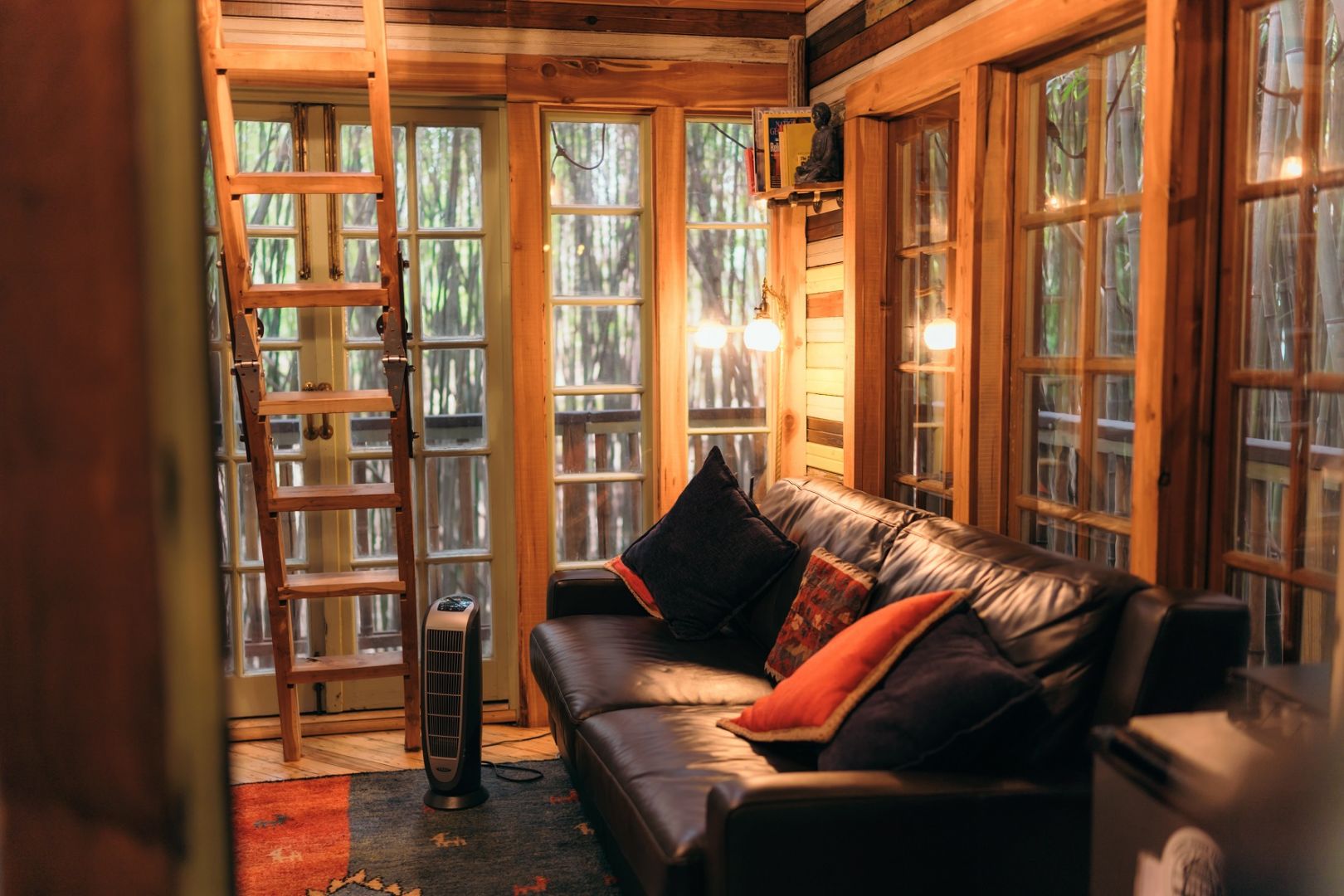 The Shoutout series is all about recognizing that our success and where we are in life is at least somewhat thanks to the efforts, support, mentorship, love and encouragement of others. So is there someone that you want to dedicate your shoutout to?
I am indebted to Deborah Logan, who introduced me to Southeastern Llama Rescue (SELR) and gave me a generous education on keeping llamas and alpacas. She also connected me with my first rescue herd (Maryland) and pointed me in the direction of some of the awful exotic auctions, explaining they were rescue situations found therein.

She taught me the basics on monthly shots, keeping a herd of 3-4 animals at minimum, keeping a single sex herd (since we are a mini-farm), and not coddling baby boy camelids (they will grow up crazy if you handle them too much). And much more specific camelid keeping information.