We had the good fortune of connecting with Jah Shams and we’ve shared our conversation below.

Hi Jah, we’d love for you to start things off by telling us something about your industry that we and others not in the industry might be unaware of?
I think in the entertainment industry, it is perceived by outsiders that actors, writers, directors, producers come out of nowhere. They are automatically made stars, and praised. What no one sees or what is not talked about are the years of hard work, the years of sacrifice, the rejection, often times not even being told you where rejected. I believe the perfect example of the industry… is the line in The Wizard of Oz, when Toto pulls the curtain back on the Wizard, he realizes he’s been exposed, and says, “pay no attention to the man behind the curtain.” Or the swan that moves graceful above the water; however, when you go under water, you see the hard work that goes into the grace. I believe to often the preparation, the hard work is made unaware, and the stardom is what’s given to the masses.

Can you open up a bit about your work and career? We’re big fans and we’d love for our community to learn more about your work.
I think I will answer the last question first. If you go on my IG page, I say Jah Shams the Gentleman’s Actor. I say this because of my idols: Paul Robeson, Sidney Poitier and Humphrey Bogart. If you look at their movies, no matter the character they played, be it antagonist or protagonist, they were gentlemen.

I started acting in the 4th grade. The school nurse noticed that my friends and I where the driving force of the school. She told us she was directing a play, and wanted us to be a part of it. Interesting enough I was the only one that agreed to do the play… I played Daddy Warbucks. Although, I did plays, commercials, TV and film through Jr High School, I didn’t know what acting was on a professional level. I come from a family of athlete’s, so I always saw playing football in high school and college as a. way to follow in my fathers.

When football ended, and the NFL combines didn’t pane out, I took my degree and entered the corporate world, but I’ve always been a believer in purpose and passion. We all have a passion, and it turned out my true passion was acting. Before I stepped into acting as a professional, I told myself I have to be great, I was just a good football player, I wasn’t great, and if this going to be my career, I have to be great. Putting in the work is the easy part, the fun part. What’s hard is accepting that majority of the people you audition for, are not going to hire you. Fortunately my writing balances me out. The ability to create a world and tell a story within that world is euphoric. 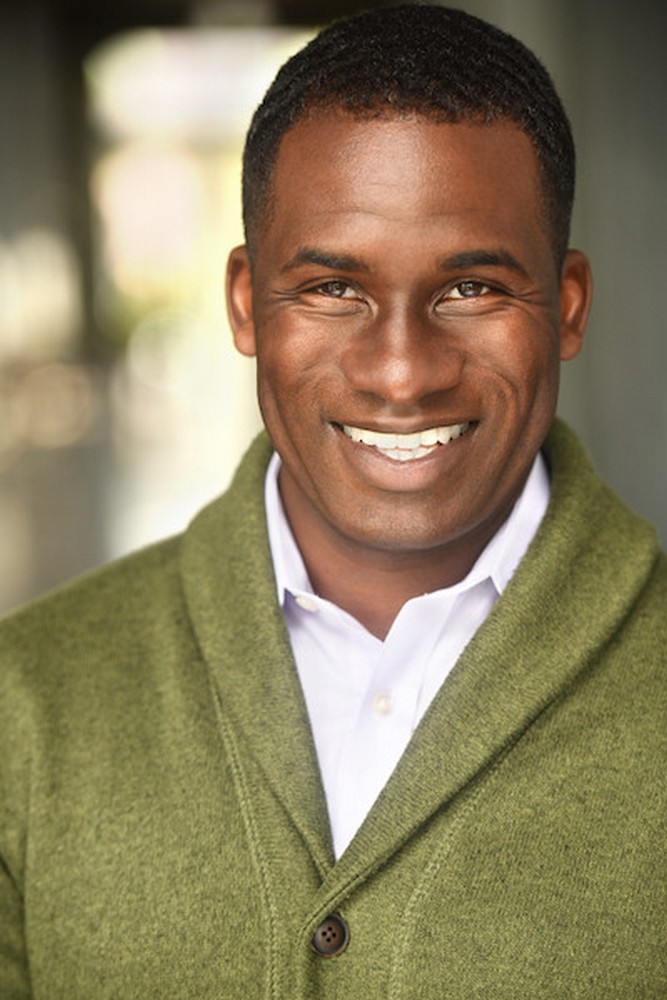 If you had a friend visiting you, what are some of the local spots you’d want to take them around to?
I am originally from Los Angeles, CA. So the itinerary would go like this: I would call my people that know about the parties in the Hollywood Hill, cause there is alway a party in the Hollywood Hills. Definitely have to give that Roscoes Chicken & Waffles introduction, the one on Pico & La Brea. Definitely have to roll through my side of town… South Central LA. There is so much to do.

The Shoutout series is all about recognizing that our success and where we are in life is at least somewhat thanks to the efforts, support, mentorship, love and encouragement of others. So is there someone that you want to dedicate your shoutout to?
My family, but specifically my father. He gave me life and nurtured me through it. My two industry mentors, who have since passed, David Downing & Billy Mayo. It is because of David I became a writer. Billy strengthened me as an actor. The Alchemist by Coelho, when I read it, I realized my path is my journey.