We had the good fortune of connecting with Deja (SupaGifted) Lee and we’ve shared our conversation below.

Hi Deja (SupaGifted), why did you decide to pursue a creative path?
I pursued an artistic/creative career because I wanted to enjoy my journey by doing things that I loved to get me where I’m going. My career is also a form of freedom for me. 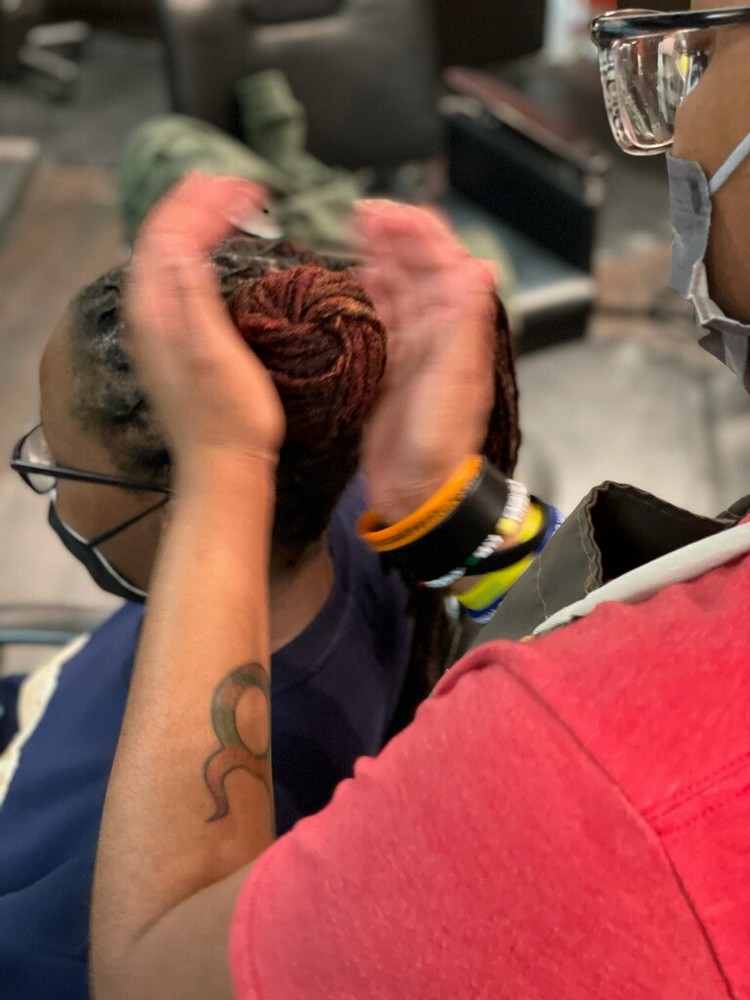 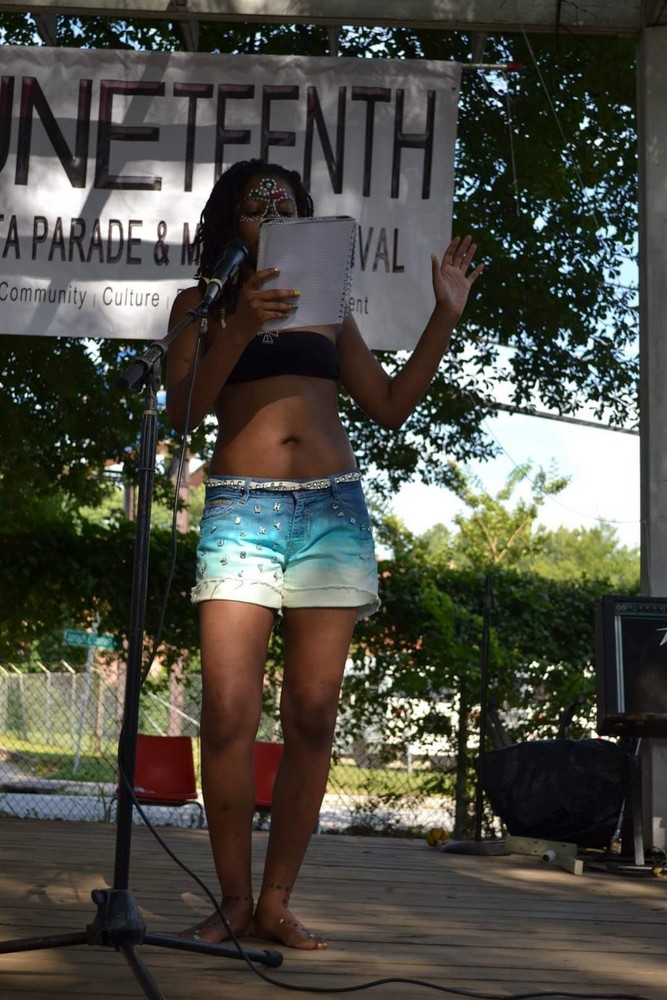 Alright, so let’s move onto what keeps you busy professionally?
So I’ve been doing natural hair about 10 years, as previously mentioned I used to do my younger siblings hair growing up. Then I learned to do looks which became a side hustle turned full time career! It took a lot of determination, adapting and overcoming to get to where I am now, it’s not easy turning nothing into something. So if you know me you know I’m very outgoing, but I’m also very scared at times. It was very hard trying to build a clientele while being scared to speak to new people without having a full on anxiety attack, also I was very much a beginner. I kinda had to force myself out there you know, hands shaking and all lol. My first time doing a retwist outside of myself was terrible in my opinion. I convinced a friend to let me twist him up for his college trunk party, he was cool with it naturally since it was free, but I cringed at my work lol. About 3 years later he became one of my human mannequins alongside my younger sister which helped me perfect styling locks, perfecting color on locs and providing a neater retwist. In the midst of building my unintentional hairstylist career, I was still very much so hungry in the VPA (Visual and Performing Arts) world. I was still heavily writing poetry and music, my notebooks was often a place where I could escape reality. I let it all go on the paper, I was able to get it all out once I got that pen in my hand. I even got a chance to perform a few pieces with my friends at Urban Grind Cafe in Atlanta right around the time I got introduced to professional modeling when I was 17-18 years old. These were the years I was planting seeds I didn’t know I was planting. I was always told I was “Gifted” and that I had this “Light” I honestly couldn’t see it growing up because of things I was going through. I’ve given up many times on myself and my passions due to my lack of support throughout the years. I had lost my confidence, I thought nobody cared, I felt like nobody could see me. But for some reason whatever it was that I wanted to do, I was still doing it in the shadows. I was still singing, dancing, writing, painting, and rapping because it made me happy at the end of the day. I was passionate about it all. Doing hair wasn’t my intentional career, but I loved what I was doing and became passionate about it to! Something in me wouldn’t allow me to fully give up though, and with where I am now I’m thankful to God that I didn’t. Before I close, I want to leave you with some things I’ve learned along the way, I’ve learned that if you really want something you must go after it, it’ll be worth it in the end. You have more than one dream to chase, most of us don’t realize how blessed we are so we end up putting all of our eggs in one basket. Ive learned that you’ve gotta go into the world like nobody has your back, you have to ENCOURAGE YOURSELF NO MATTER WHAT! People change and that’s ok, you have to come to terms that things will come to an end. Sometimes they have to. I’ve learned to listen twice and speak once when people talk. Keep your eyes and mind open, keep your heart pure but guard it, and you can learn a lot from anybody at any age at anytime. Stay close to God (The source, The creator, Allah, Jah, Yaweh) as you walk through life. Never chase money, its a tool so learn how to use it. Rest is apart of the grind, please don’t hustle yourself to death. lastly, always take time out to show yourself love, to give yourself praises and speak life back into you. Most of us are dealing wit the side effects of life as well as things that hurt/changed us along the way, things that were beyond our control, but you gotta heal. Its the best thing you can ever do for yourself, it’ll take some time but it’ll definitely get better. 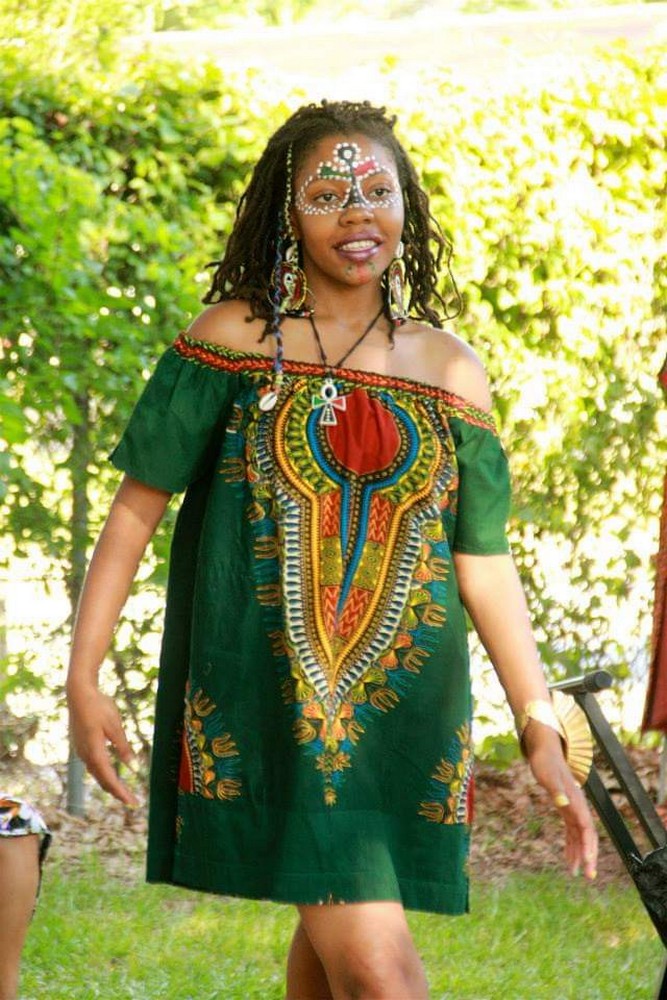 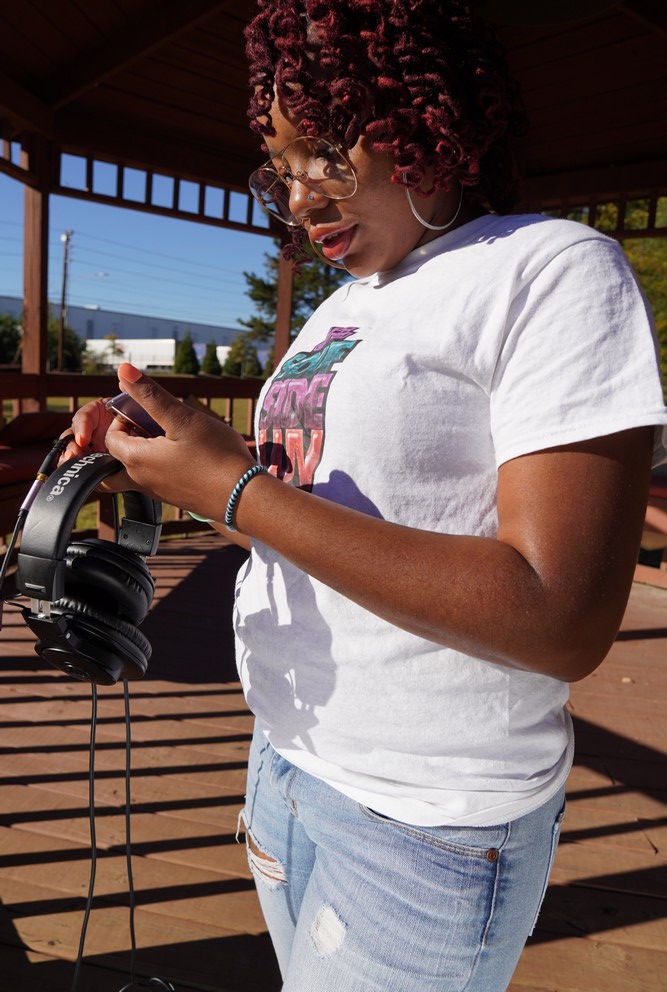 Any places to eat or things to do that you can share with our readers? If they have a friend visiting town, what are some spots they could take them to?
You know I gotta take em to the West End to visit some of my favorite stores and restaurants, Tassili’s, Wadada Healthy Food Market, Bakari’s Pizza, and Vegan Dream Doughnuts for the food. For shopping we gotta stop by Afrocentric Network, they have the most beautiful cultural and ethnic garments, jewelry, decorations, sculptures and other accessories! I’d totally take them to the Blu Cantina in East Point, Ga for good drinks and nice vibe on the weekend. Oh we have to spend a day at Jeju to relax and release! We are most definitely visiting Buford Hwy to stop by some of the various Asian bakeries, do some karaoke, and eat Korean fried chicken! 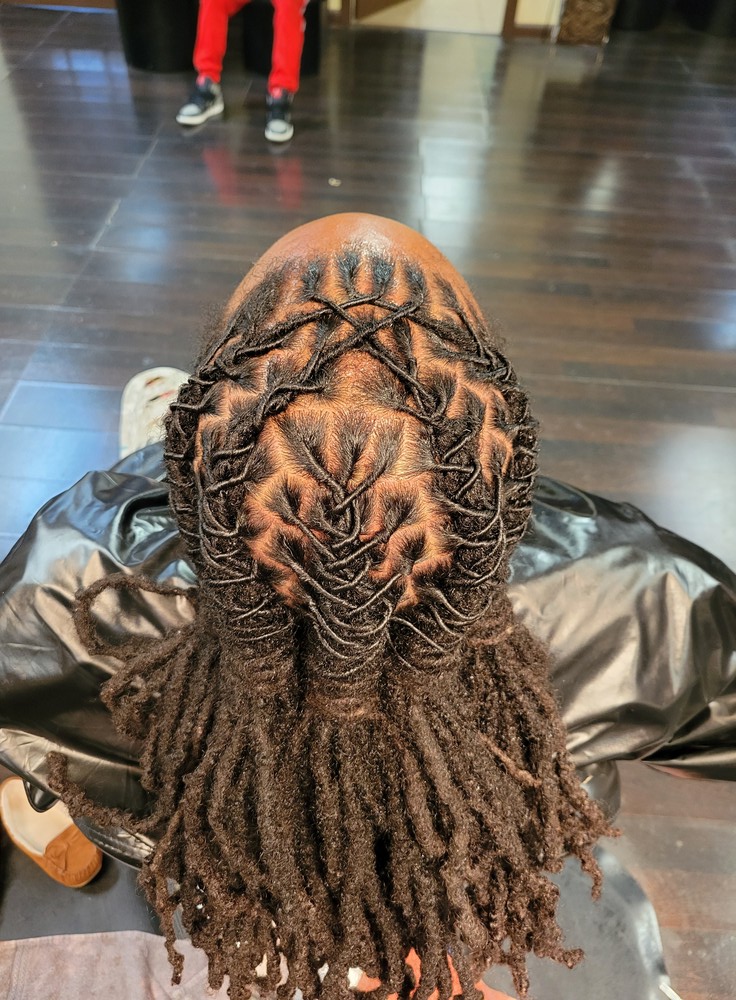 The Shoutout series is all about recognizing that our success and where we are in life is at least somewhat thanks to the efforts, support, mentorship, love and encouragement of others. So is there someone that you want to dedicate your shoutout to?
I would like to give a doting thank you to everybody who’s ever taken the time out to support any of my endeavors along the way. I want to to say thank you to the communities that raised me, my best friends, all of the salons I’ve worked in, my beautiful clients. Lastly, the current and patiently waiting listeners of my music!