We had the good fortune of connecting with Dayna Conway and we’ve shared our conversation below.

Hi Dayna, can you walk us through the thought-process of starting your business?
After trying for years to get discovered, or land a job with a prominent production company, I felt if the door wasn’t going to open for me, it was just time for me to create my own way in. 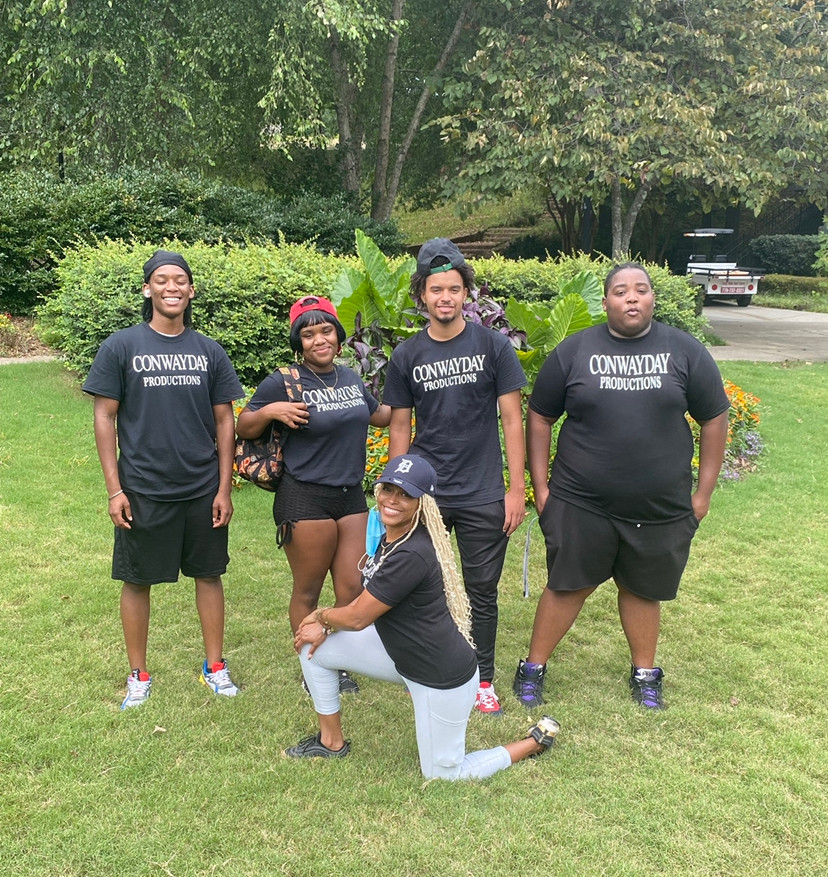 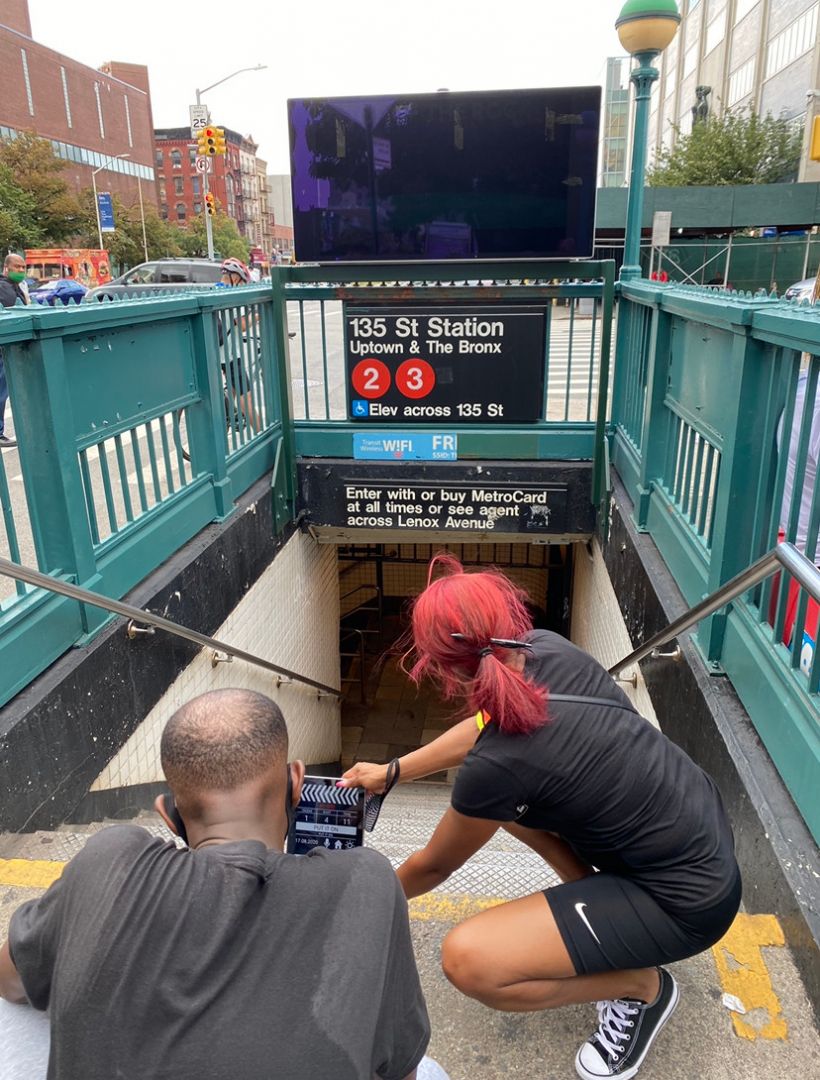 Alright, so let’s move onto what keeps you busy professionally?
Being an only child for the few years of my childhood, I had no choice but to have a vivid imagination. I can clearly remember watching movies, (Cinderella, Coming to America ,and Michael Jackson’s Moonwalker to be exact) and not just watch them, but would totally immerse myself into the movies! I would act along with the characters, sing, dance you name it! However, as I grew older my life turned from whimsical to quite… in fact dismal. Due to health challenges of my parents, my sisters and I became foster children, and needless to say I had to grow up fast. Dreams became just that… dreams; but I never lost sight that I had the power to turn my dreams into my reality. Being born and raised in Detroit, I think most of us are born with a hustler’s mentality, thus, if we really put our minds to it, and put the work in, we can change our reality. At the age of 17 and in my senior year of high school, I became a mother. I remember hearing some people say that I wouldn’t amount to much, along with other negative comments which became the fuel to my fire that still burns till this very day. I graduated high school on time, and even went on to earn my degree while caring for my children and working full time as an Emergency Medical Tech. It was actually one of my last semesters in college where I needed an elective to graduate and I decided to take creative writing… because it was easy to me. In that class I learned other people enjoyed what was displayed in my imagination almost more than I did. I found myself having to make extra copies of my stories because everyone wanted to read them! Flattered yes, but did I change my career yet, no. It was later on that year that there was a need for someone to create a production at my church and I decided I would do it. Therefore on March 29, 2013 my 1st production, a stage play entitled “What if Jesus Said No” was a sold out success! Even though that play opened doors, it was years before I eventually took the leap of faith and moved from Detroit to Atlanta to actually pursue my career in the entertainment industry. At the time I was single parent of 3 daughter’s working at the University of Michigan in medical research. On the outside it looked like I had it all together, however I was miserable. I found joy in writing scripts and directing music videos for local artist. Finally one day, I prayed and asked God if I’m supposed to move to Atlanta to pursue my dreams, please make it happen… and God did just that! However, following your dreams comes with some adverse effects… no salary, no health benefits, and some of the things you once took for granted become a distant luxury… just to name a few. I scrambled to find jobs in my field, and actually started doing background work to get my foot in the door. I was able to land a few PA (production assistant jobs), and eventually worked my way up to Production Coordinator. I took in every experience that I could, and was able to travel to film on location, and even worked with some of Hollywood’s elite such as Eddie Murphy, Jordan Peele, Brandy, and the late Michael K. Williams. I learned from each set, however, none of my stories could find their way to the hands of the right producer. So again, I knew it was time to take another leap of faith and step out on my own… therefore on July 26, 2021 ConwayDay Productions began. I really can’t complain, there has been ups and downs, and learning experiences in between, but cest la vie. Again, I accredit my faith in God and my “Detroit Hustles Harder” mentality for being able to make it this far, and I’m still going. I’m currently working on producing my 1st series “Lost & Found” along with partnering with Dennis McKinley (Cru Lounges & Hot Dog Factory) to produce the children’s musical “All Star Kid”, and more. Stay Tuned. 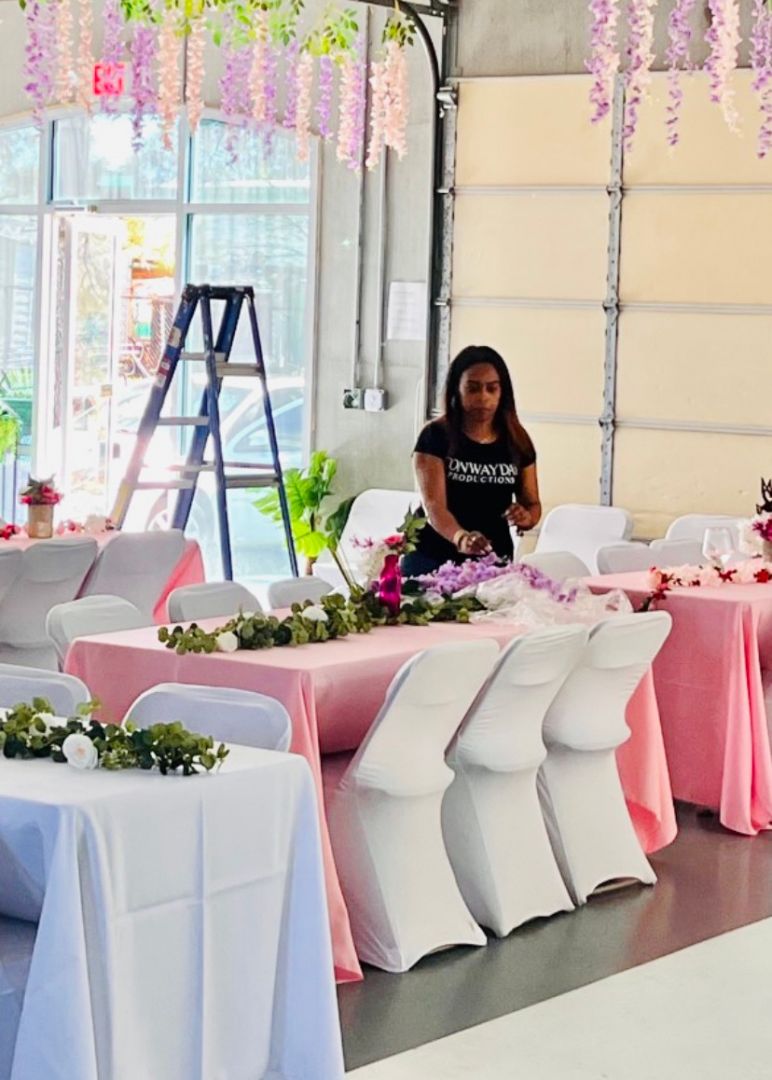 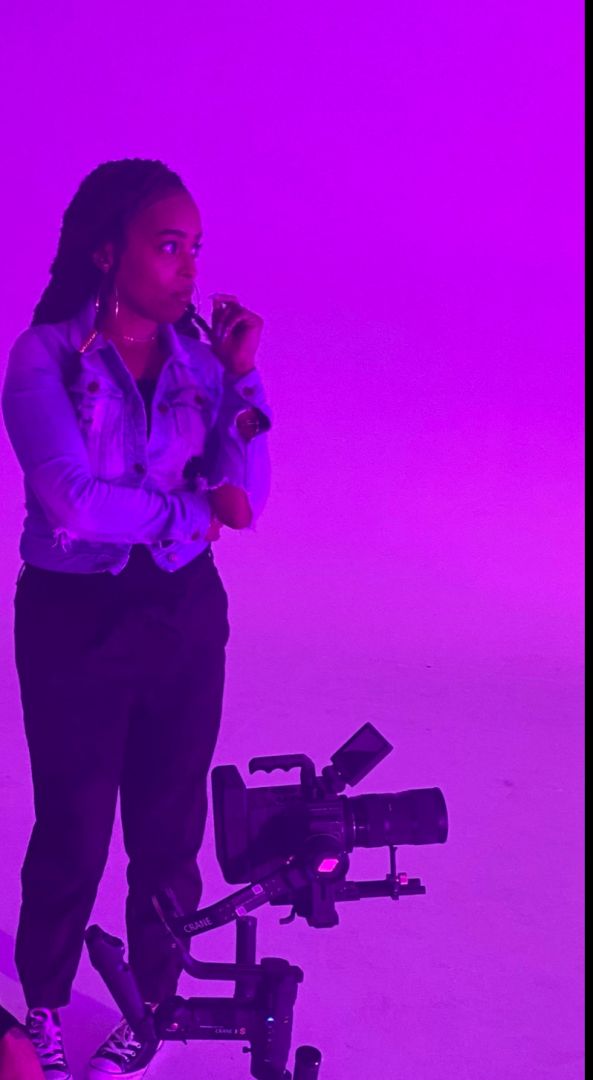 Any places to eat or things to do that you can share with our readers? If they have a friend visiting town, what are some spots they could take them to?
I don’t get out that much, because I’m always working, however, I absolutely love the Beltline, I love the art, the views of the city, and just the overall ambiance of it. Also Stone Mountain is of course a must if your’e in ATL. I like to go up there for exercise and also meditate, pray and clear my mind. The Avalon is nice as well. I overall feel Atlanta is such an eclectic vibrant city, thats full of art, nature, and wonder. 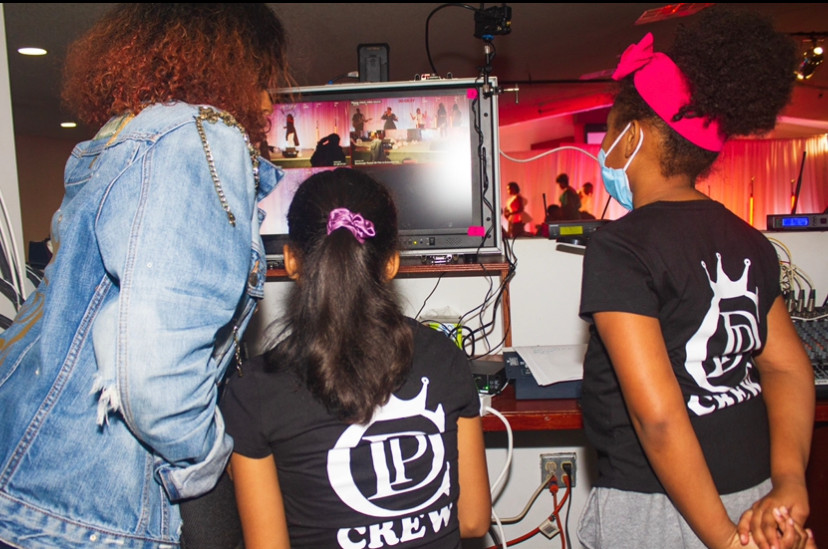 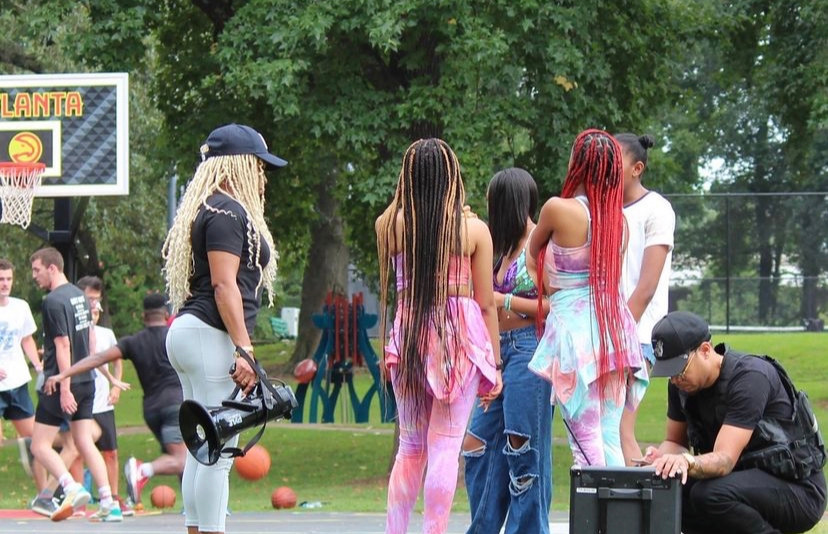 The Shoutout series is all about recognizing that our success and where we are in life is at least somewhat thanks to the efforts, support, mentorship, love and encouragement of others. So is there someone that you want to dedicate your shoutout to?
This is dedicated to my children, who work with me and will carry on the legacy, my sisters, my team, who’s always down for

whatever, family, friends, and everyone who has supported my journey: especially my root supporters in Detroit.

Additionally, I would like to thank my Bishop J. Drew Sheard and 1st Lady Karen Clark- Sheard, for without them I wouldn’t be who, and where I am today.

I would like to thank my aunt who helped raise us, and ignited my creativity.

Last but certainly not least, my parents my late father Russell Conway, who was a Motown

Musician, and my mother Brenda Conway who both always allowed me to imagine and truly believe that I could do or be

anything I wanted to be. 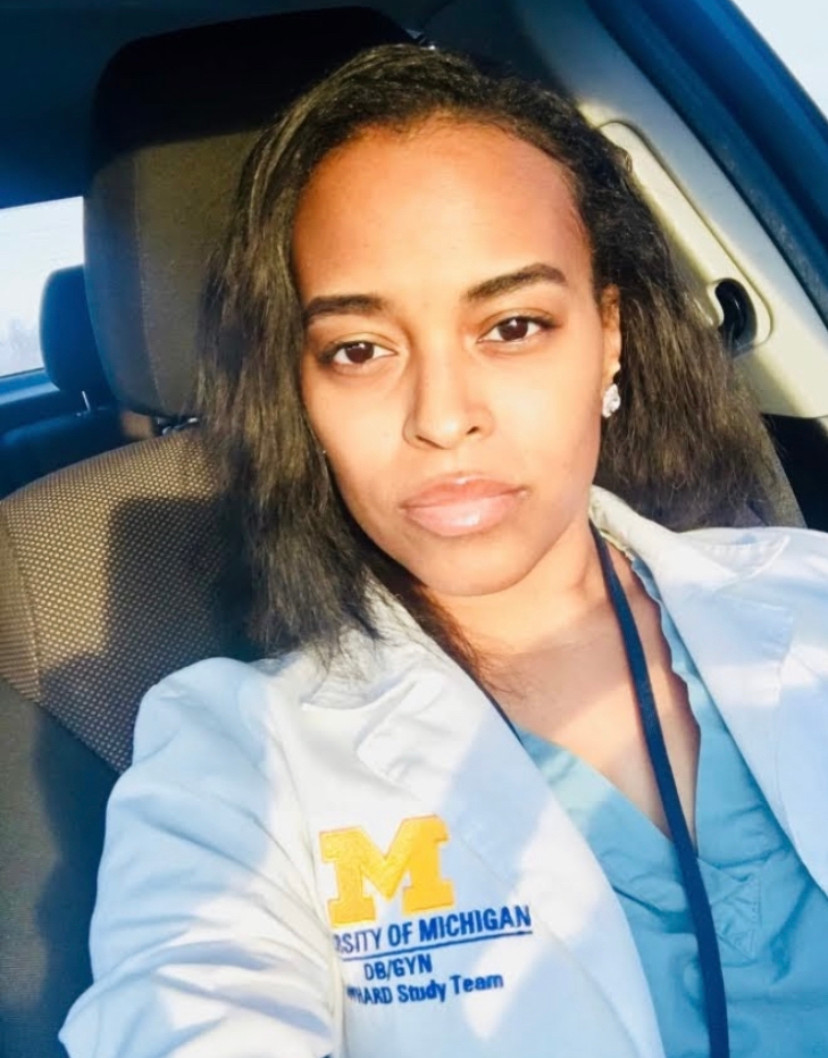 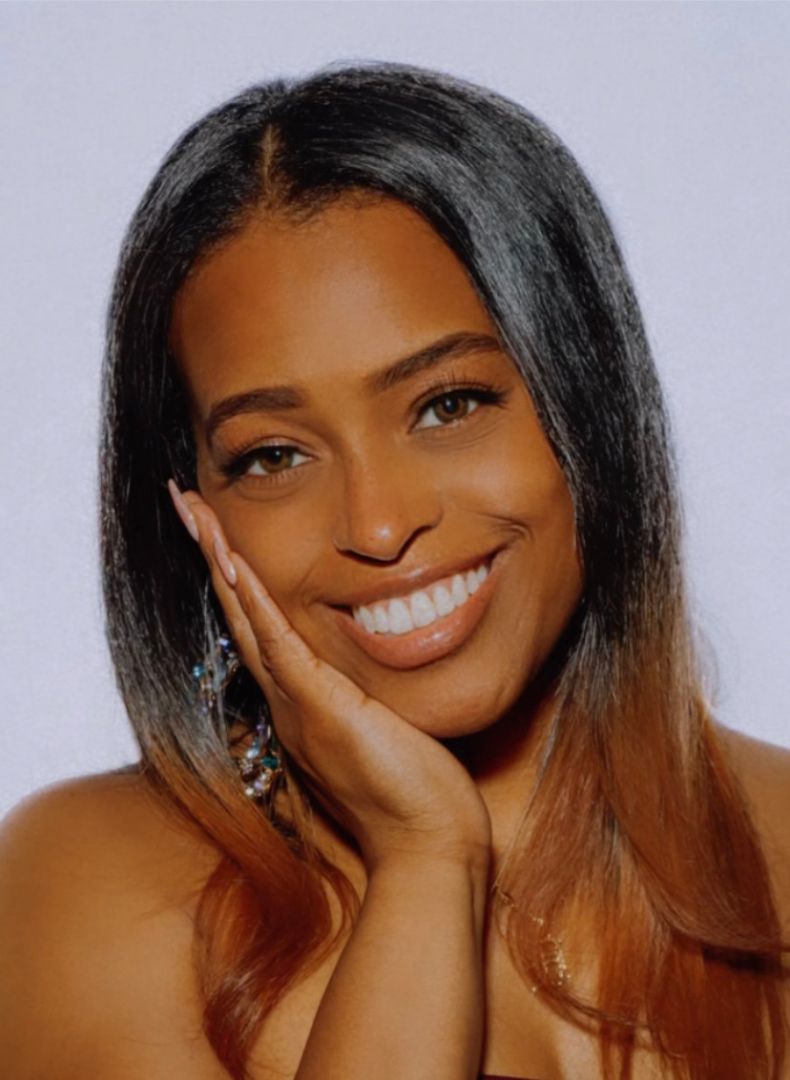