We had the good fortune of connecting with Art Shrian and we’ve shared our conversation below.

Hi Art, we’d love to hear about how you approach risk and risk-taking
I had a very successful corporate career, working in IT Consulting. Not only I was very good at my job, I liked it too. But there came a time, a few years ago, where I had to decide that do I want to do something that I like and it’s easy for me, or something that I love even though it may be hard. I decided on later. I decided to build a new career, in the entertainment industry. I have always loved acting, writing, and directing, and it was something I had always wanted to pursue. So I finally took a plunge into it. as an actor, writer, director, and filmmaker. I have never been happier or more excited. Another important thing is planning and putting the work. Taking blind risks, without any thought and preparation is futile. Most people don’t get lucky. But what is luck? Luck is ‘when opportunity meets readiness’. If you are not ready, you won’t be able to take advantage of any opportunity that comes to you. So it’s important that you plan for your goals, and put the required work in. I planned for this transition for over 5 years, saving the money and training myself for the things I wanted to do. I continue to train myself, learn, educate, connect, and collaborate. It was still a risk, leaving a great job and a successful career to pursue something very different. But once I started planning and preparing myself, in due time it gave me enough confidence and leverage to take the risk. I continue to follow the same strategy every step forward, and it has served me well. I read somewhere that the thing people regret the most is not what they did, but what they didn’t do. We get one life, I think it’s important that you make the best of it. It’s possible that your circumstances may not allow you to follow all your dreams. But if and when you get that opportunity, you have to take it and run with it. You give it your best, and at least you’ll never regret not trying. And honestly, if you plan, prepare, and put the work in, it’s highly likely that you will succeed and be glad that you took those risks. 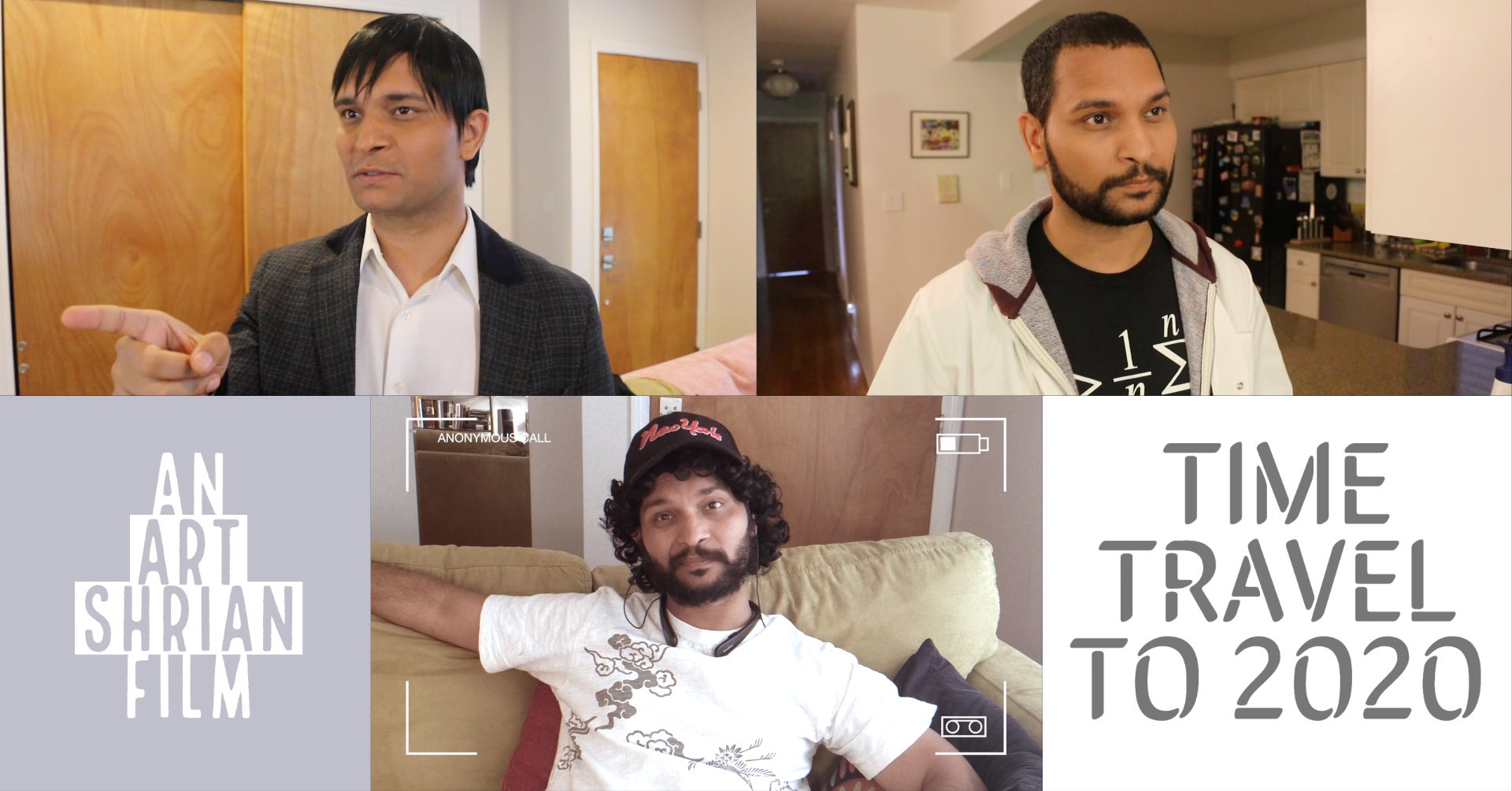 Can you open up a bit about your work and career? We’re big fans and we’d love for our community to learn more about your work.
I am a writer, director, a trained actor, and a filmmaker. I left my great corporate job and successful career in IT consulting to do this. Was it easy? No. It’s still not easy. Creative endeavors are never easy. You do not do it because it’s easy, you do it because you have to. Because you believe that you have some gifts to share with the world, and you do everything in your power to bring it to fruition. Now, I am a member of SAG-AFTRA, he has performed in multiple off-broadway productions, short films, TV, and a feature film; besides writing, producing, directing, and a lot more. My first award-winning short film “Kachrewala: Five Cents Each,” that I wrote, produced and starred in, screened at 2018’s Manhattan Film Festival, winning NY Spotlight Award, along with accolades for my performance as a down-on-luck struggling bottle collector in NYC. My first feature film in the leading role, “Werewolf Ninja Philosopher” has earned additional accolades for my performance as a truth-seeking Private Detective. The strong buzz about this absurdist neo-noir art comedy film is quickly gaining a national cult following. I am also the co-screenwriter (with Lapcazo Sandoval) of a new, urban love story LOVE IS LOVE, IS LOVE which has been optioned and is currently in development with a New York-based indie film production company. We are working together on multiple Feature Film and TV series screenplays together. I made my directorial debut with the short film RED IS MY COLOR, which I also wrote and co-produced with Lester Greene, who starred in the film. The film is currently in post-production. I am also working on a satire/comedy-thriller Feature Film IT’LL BE ALL RIGHT that I’ll be writing and directing. Right now, I am actively working on developing multiple projects including shorts, features, and series. 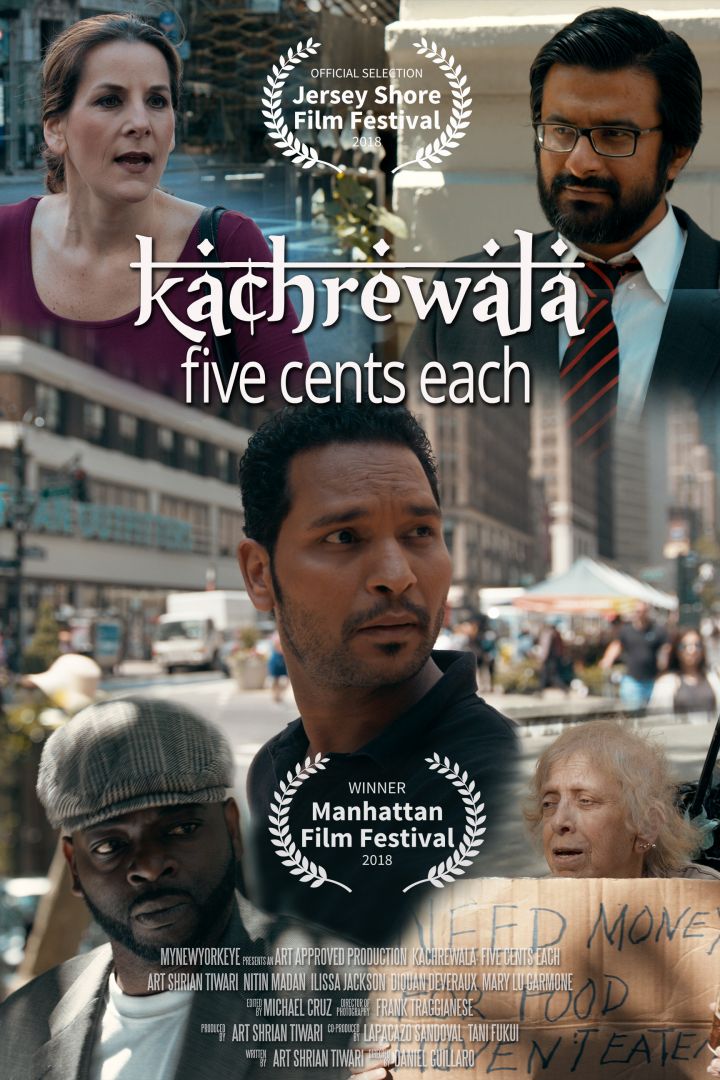 Shoutout is all about shouting out others who you feel deserve additional recognition and exposure. Who would you like to shoutout?
There are so many people that have supported me and contributed to my successes, in so many ways. To talk about just a few… My parents, Om Prakash Tiwari my father, and Shailendra my mother raised me with important values like kindness, respect, love, ambition, self-confidence and so much more. It’s the foundation of who I am. They always encouraged me in everything I wanted to do and there moral support has been crucial in my life. My wife Tani Fukui, who is my partner in life and has been a staunch supporter and my cheerleader. She is also the first person to hear all my ideas and usually a helping hand whenever and wherever I need. I am fortunate to have her in my life. I have been supported by many collaborators, some of whom have become friends over time. My writing partner Lapcazo Sandoval is one of those people, who I am working with on multiple projects. We optioned our feature-length movie screenplay last year and working on another movie screenplay and a TV series now. Sujewa Ekanayake, director of my debut feature film Werewolf Ninja Philosopher is another great friend and supporter. Wherever we are or wherever we get, it’s because of so many people’s efforts, support, and love. There are many more people who have been there for me and will continue to do so. I won’t fill this with their names, but I love them all and want to thank them. 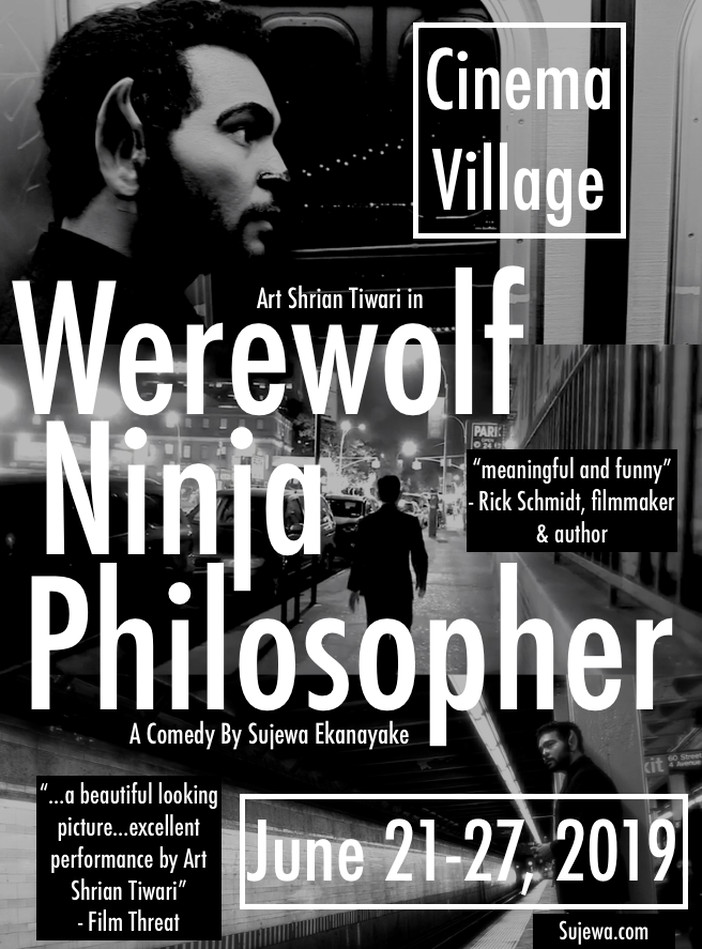