We had the good fortune of connecting with Vanessa Dos Santos and we’ve shared our conversation below.

Hi Vanessa, how has your background shaped the person you are today?
I’m originally from Maputo, Mozambique, but my family and I have been moving around since I was three. I was raised in five different countries and was exposed to different cultures from a young age. I think that exposure made me extremely curious from a young age. I would find myself being surprised by new customs, languages, ideologies. I’ve always seen this as a positive element of travel. However, with my upbringing also came its challenges. I struggled with finding a place to call home, and I am constantly questioning my identity as an African, Black woman who has grown up predominantly in the West. My nomadic upbringing has led to my interest in unpacking themes of identity as a photographer and writer. 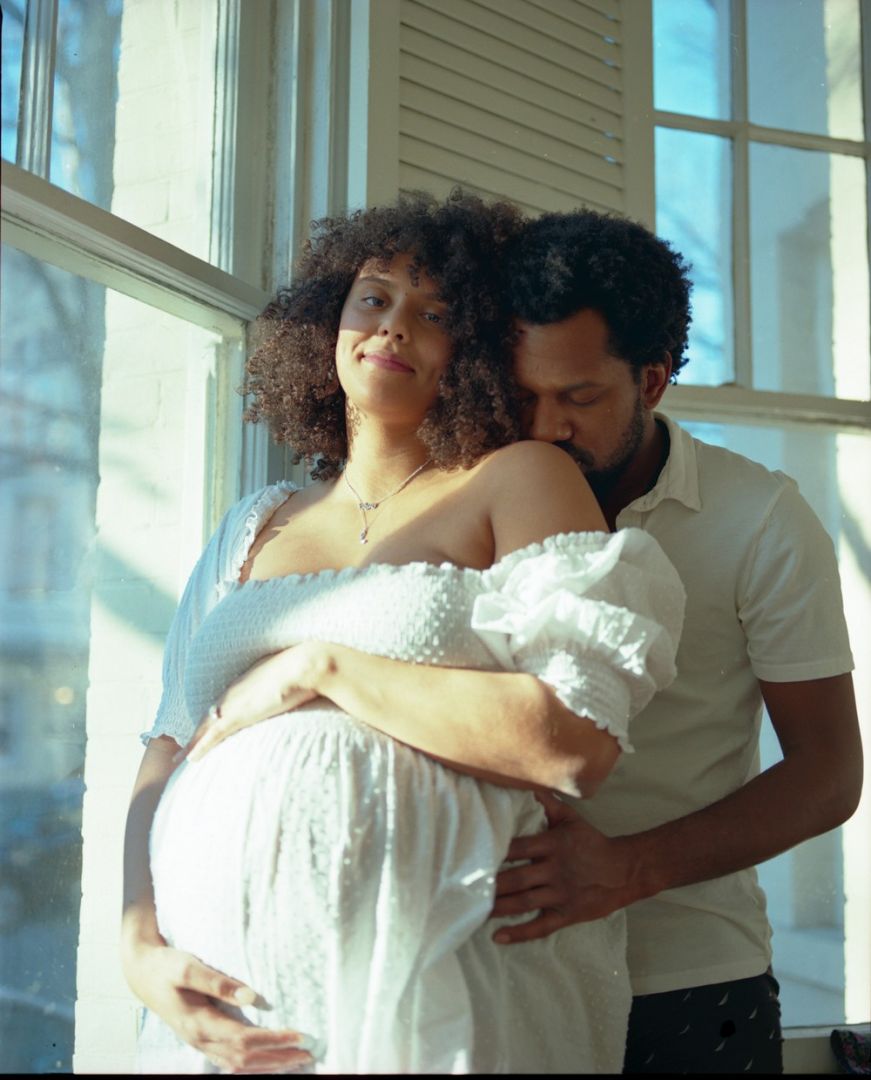 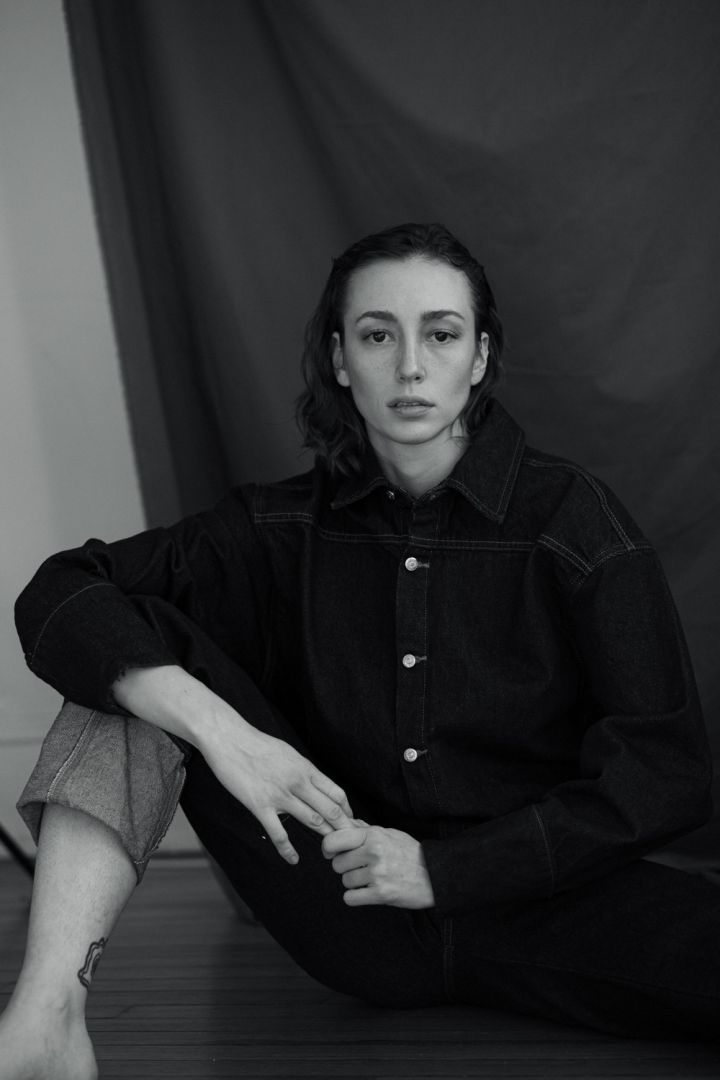 Alright, so let’s move onto what keeps you busy professionally?
When I was younger I thought I was going to be an actress. I was determined that was my life’s goal. When I didn’t get into drama schools after high school, I felt like my world crumbled. I opted for the next best thing, a degree in film. What led me to was a profession I didn’t even know I wanted, which was as a screenwriter and producer. During that time I missed the experience of performance and decided to audition for the National Youth Theatre while I was studying. I had gotten in and got the best of both worlds. After college, I started playing around with photography as a hobby. It wasn’t until I was asked by the collective Girls In Film: Gif to take portraits for an interview that I felt I could take photography seriously.

My way into the industry wasn’t so straightforward when I moved to the States after studying in the UK. I struggled to find a job that would sponsor me. Luckily because of my diplomat status, I could stay in the country and apply for jobs. When I hit roadblocks, I started shooting photos as a release. I could be creative and meet people at the same time. I started to become more acquainted with the arts community in Washington D.C. By the end of 2018, I did a show of series of portraits entitled, Brother Where Art Thou? After I started collaborating with artists in the area. In the meantime, I got opportunities in video production rising from a production assistant to assistant director and co-producer. In the last year in a half, I worked with Melanin Unscripted as their video production manager where I helped facilitate original projects as well as projects with Conde Nast, Nike, and Johnnie Walker.

Now I find myself returning to the stories I want to tell. I want to focus on the stories of the African Diaspora. I’m interested in identity and how they are shaped. 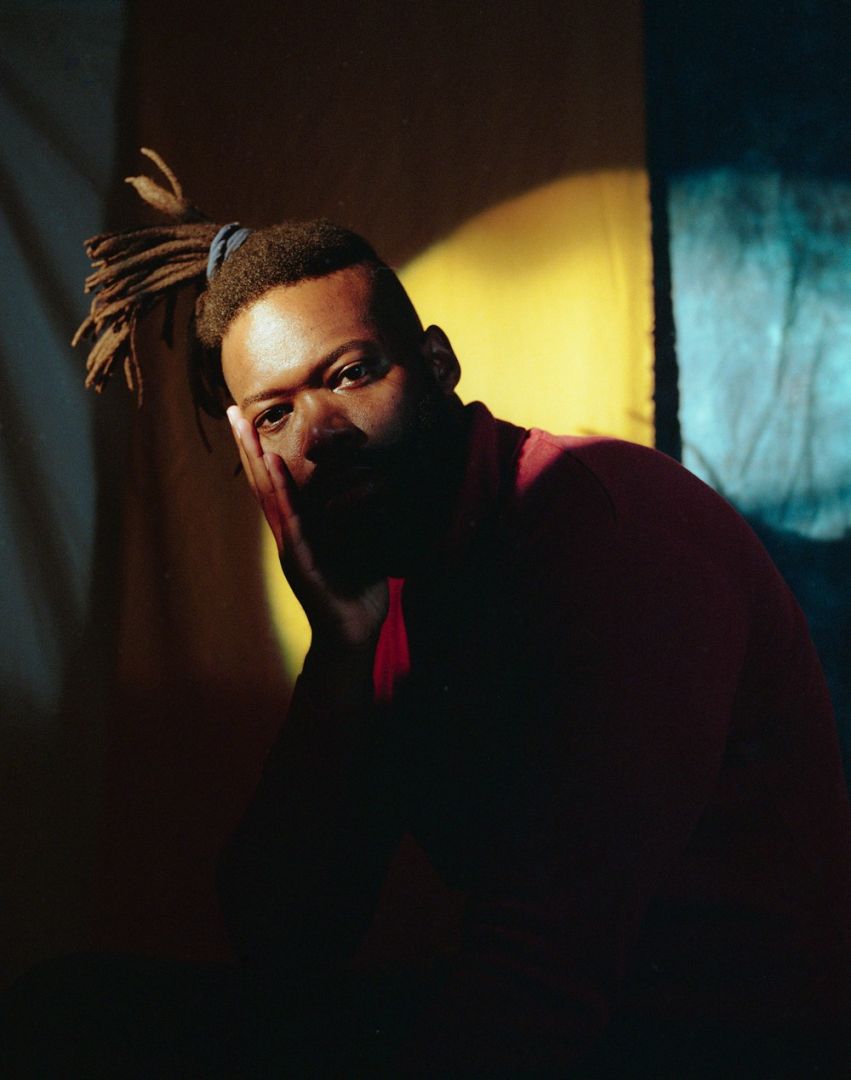 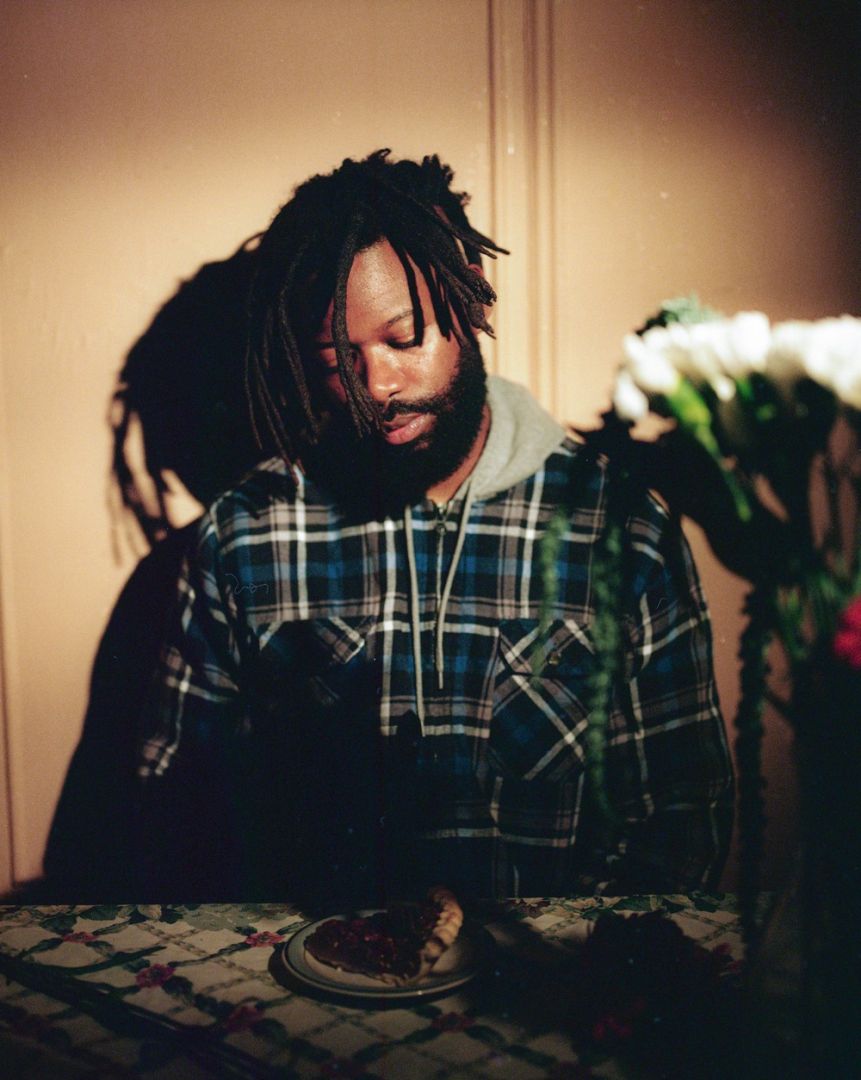 Let’s say your best friend was visiting the area and you wanted to show them the best time ever. Where would you take them? Give us a little itinerary – say it was a week long trip, where would you eat, drink, visit, hang out, etc.
I think it’s easy for people to overlook Washington D.C. people often think of politics, but there is so much to do and see in the city. I love food; some of my favorite places are St Anselm for some steak, Emmy Squared Pizza, Ambar for Mediterranean dishes, tapas-style, and Pho 75 (the best Pho in the DMV).

I like to take it easy when going out for drinks and finding cozy spots. For cheap drinks and good (sometimes chaotic) vibes, I would take my friends to my favorite dive bar in D.C., Showtime. If they were looking for something more upscale, I’d go to Bar Charley’s. For after-work drinks, I like to stop by All Souls during the week.

If you are looking for live music, Mr. Henry’s Restaurant has jazz open mic nights every Wednesday. A chance to see local talent riffing off of one another. 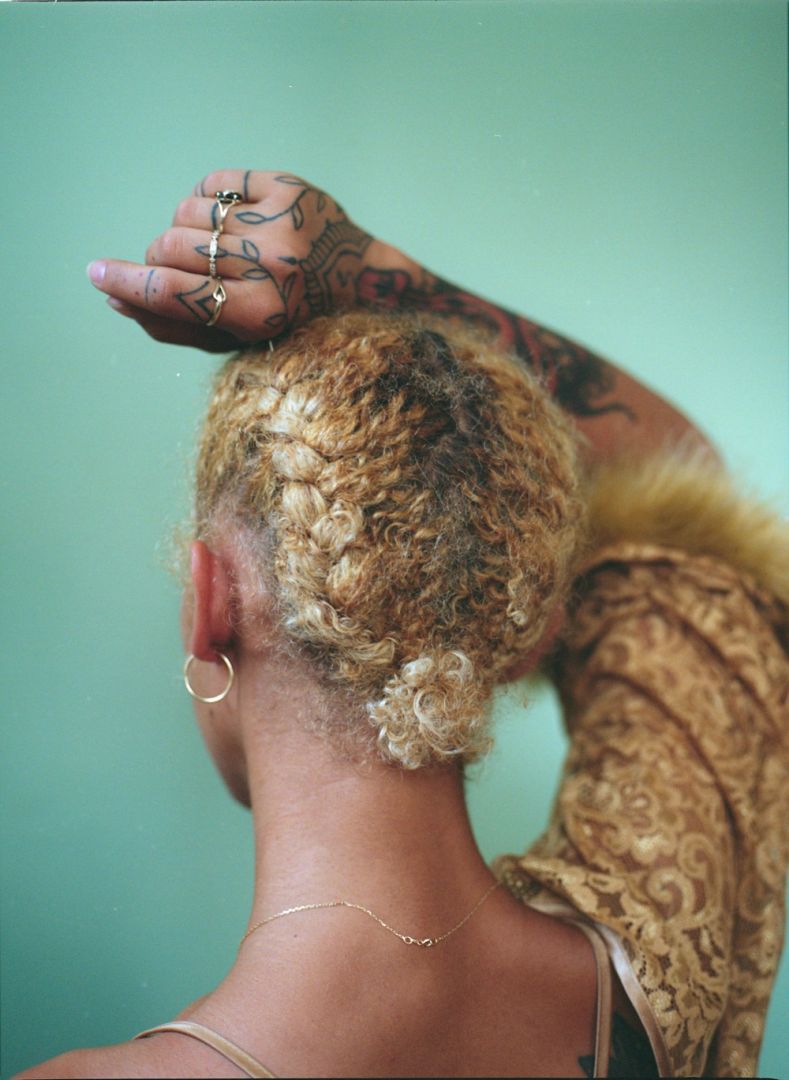 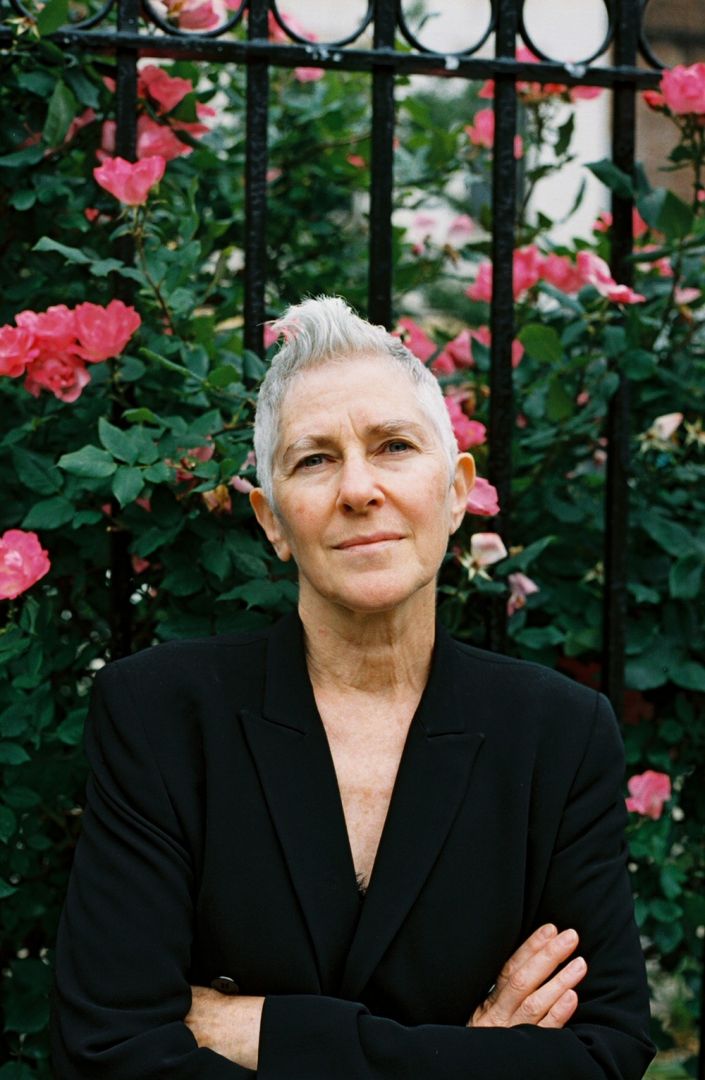 Shoutout is all about shouting out others who you feel deserve additional recognition and exposure. Who would you like to shoutout?
Firstly, I wouldn’t be where I am today without the support of my family, especially my older sister. Their constant belief and emotional support throughout my journey as a storyteller gives me comfort and strength on days when I have my doubts about the profession I have chosen.

I’ve been fortunate to be a part of art communities in the cities that I have lived in, starting with my supervisor during my MA program at University College in London, Victoria Showumni. Victoria helped me find my voice as a Black critical thinker and feminist and pushed me to embrace my critical and analytical mind as a writer. My friends Toby Lewis Thomas and Emmanuel Afolabi have not only pushed me as a screenwriter and producer but have given me opportunities to work alongside them on projects I would have never thought I was ready for. My friend and collaborator Mike Kim shared his studio space when I was in need, and he has offered so much technical advice. Filmmaker and artist Amarachi Nwosu gave me the chance to mold the video department of her production company Melanin Unscripted when I didn’t have all the experience to do it. We were both driven and excited to create together. There are so many people who I still seek advice from, these are just a few who have taken a chance on me. 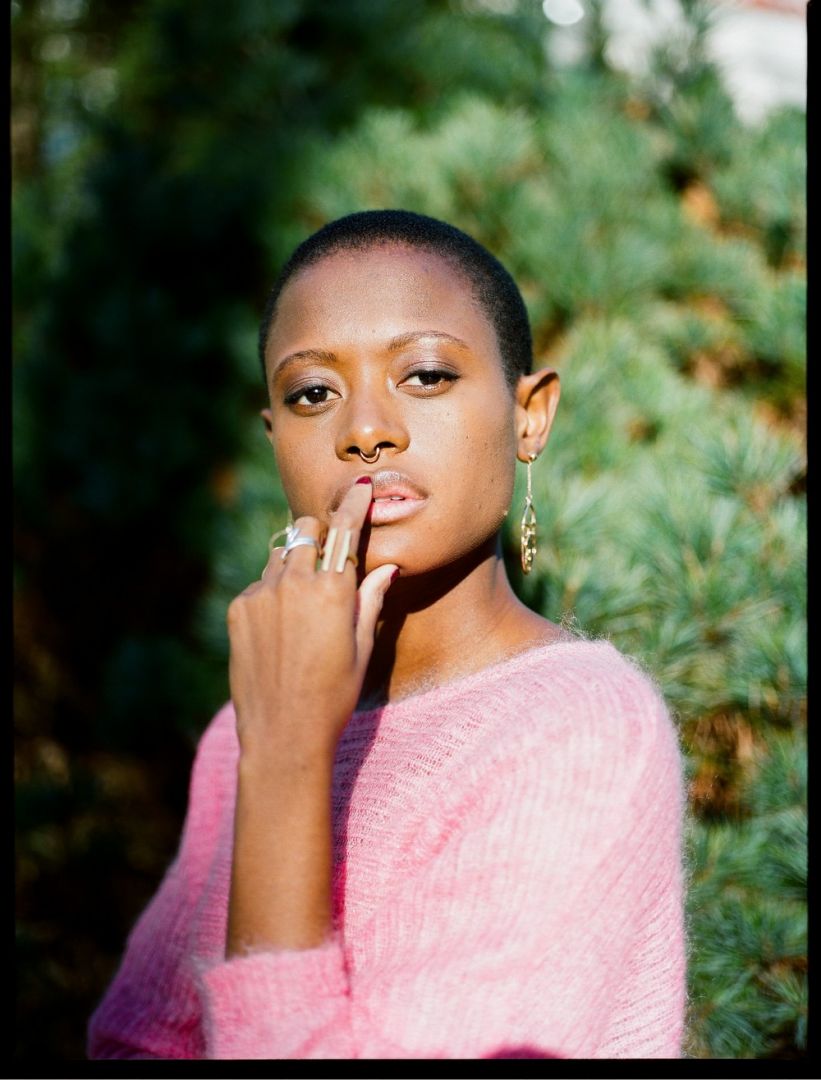 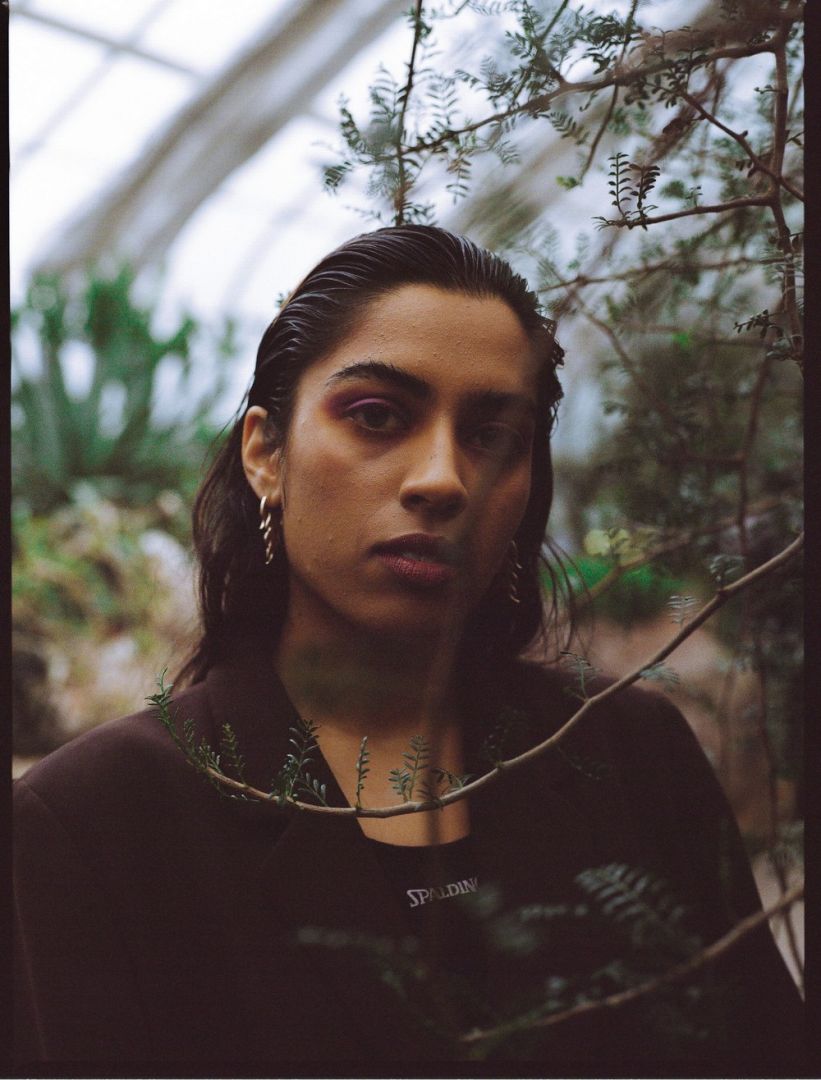