We had the good fortune of connecting with Juana Alicia and we’ve shared our conversation below.

Hi Juana, what led you to pursuing a creative path professionally?
The drive to make images, to shape forms, to create with line and color and to speak to others has always been intense and irresistible for me. Surrounded by the music of Motown, growing up in a musical family, creativity seemed a natural part of life. Growing up in Detroit, I was most awakened by visual artworks such as Diego Rivera’s Detroit Industry Murals, and spent a lot of time with them instead of going to class during high school. The monumentality of the images, the power of their messages and the beauty of the drawings set off an alarm in my soul, and I knew that this was what I wanted to do. 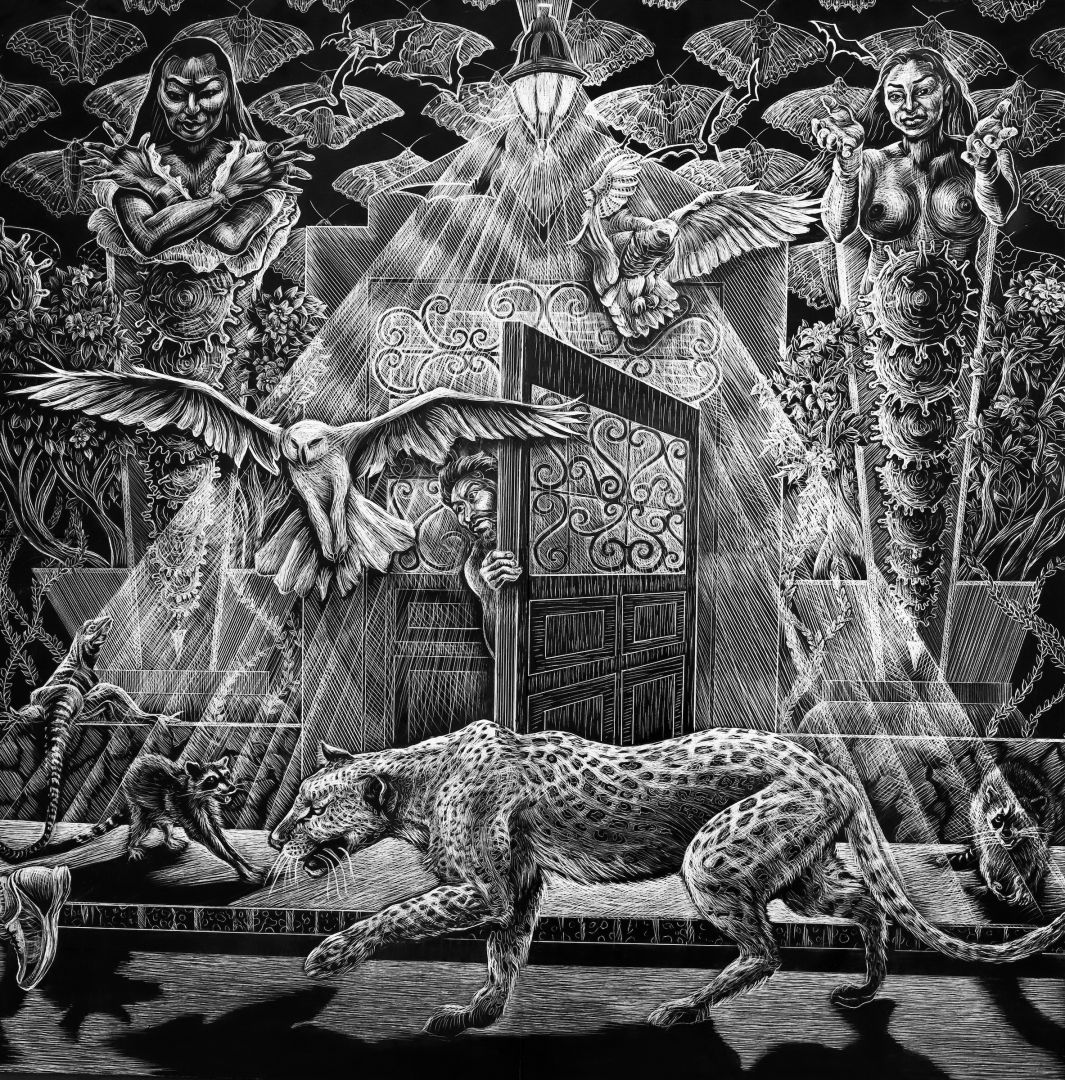 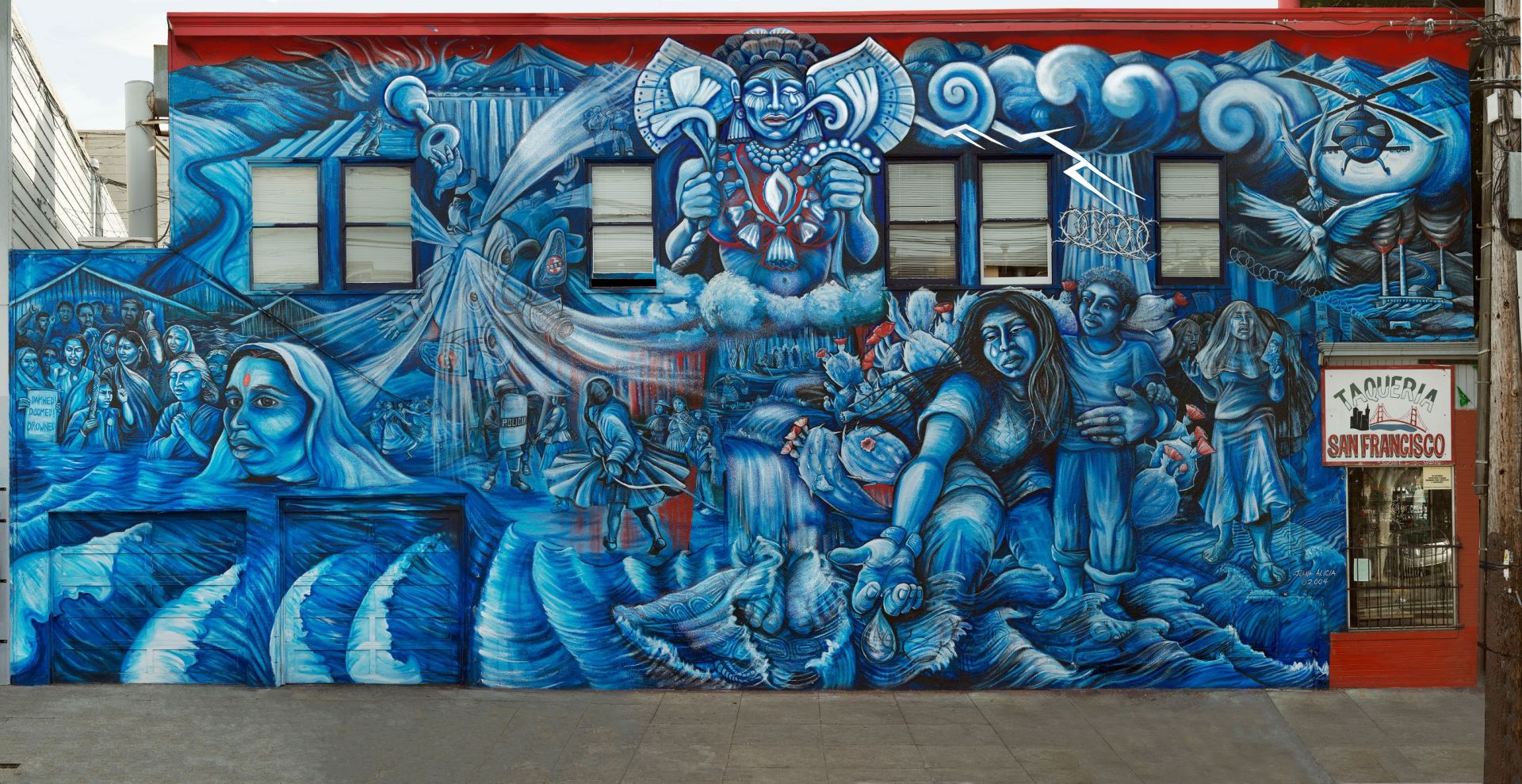 I don’t think of myself as a brand, in fact, I resist the flattening effect that type of characterization has on both individuals and society. I am in favor of a democratic socialism that prioritizes human values and respect for the environment over the selling of practically everything. As artists, by sharing our particular and collective stories, we can empower each other to create a more informed and beautiful society.

In terms of my own story, I had many rich cultural influences growing up in Detroit, near Diego Rivera’s Industry murals, in a Spanish and Yiddish-speaking household within a majority Black neighborhood. As a teenager, I began making posters for the United Farm Worker’s grape strike and boycott in the Midwest. The path to becoming a practicing artist was winding and challenging. In my teens and early 20’s, I was swept up by the Chicanx Movement, in particular, the UFW. I met Cesar Chavez at a rally, where he recruited me to go work with the union in Salinas, which I did. Working with the UFW (71-76) I learned great respect for the campesinos, working intellectuals that understood the history of the Mexican Revolution and the dreams of social equity it had represented. I learned that a humble, determined and organized group of people can overturn a system of exploitation; that international solidarity, as well as local organizing, is necessary to win the struggles for human rights and environmental justice.

After working in fields, and the birth of my first child, I joined Migrant Teacher Corps to become a bilingual classroom teacher, and then began integrating art into my pedagogy, working in Watsonville with Migrant Education. It was challenging to raise children, teach and develop my art practice simultaneously. After receiving my graduate degree in education from U.C. Santa Cruz, I moved to San Francisco’s Mission District, focusing on both muralism and education, eventually receiving my MFA in Painting and Drawing from SFAI. I have taught at all levels, from kindergarten to graduate degree programs at Stanford, U.C. Santa Cruz, U.C. Davis, San Francisco State University. As an educator, I have mentored many generations of young artists, and co-founded three public arts education programs: The San Francisco School for the Creative Arts, the East Bay Institute for Urban Arts, and, at Berkeley City College, the True Colors Mural Project, that created 10 public murals in Berkeley and San Francisco.

My work has expanded from printmaking to painting acrylic murals, ceramics, bas relief and cement and metal sculpture. I work to create architectonic, sculptural and painted works in the cityscape, with an increasingly green and sustainable global vision. My style, like Latin American literary movements, can be characterized as magical social realism, and my work addresses issues of social justice, gender equality, environmental crisis and the power of resistance and revolution.

I am excited to be illustrating a graphic novel by Tirso Araiza, as well as creating monumental graphic street art, based on the rich Yucatec Mayan folktale, LA X’TAABAY. Tirso has reinterpreted the story as a contemporary, eco-feminist tale of the struggle between modern “civilization” and nature, between men and women, between religion and indigenous tradition, between reason and dream. He has written the text, and I have created some thirty of the fifty expected illustrations, with no funding. With this graphic work, I hope to begin a new chapter in my work and its reach as an artist.

The role of my work is to humanize public spaces, visualizing a better world. As Nina Simone, said, “I choose to reflect the times and situations in which I find myself. That to me is my duty.” And at this crucial time in our lives when everything is so desperate…How can you be an artist and not reflect the times?”

My long-term aspiration is to create images that impact people’s thinking, to increase their love and respect for themselves and their environment. As artists, we can remove structures of oppression from our collective imagination and replace them with visions that celebrate our autonomy and power.

Any places to eat or things to do that you can share with our readers? If they have a friend visiting town, what are some spots they could take them to?
I live in two different cities: Mérida, Yucatán, México and Berkeley, California. Both cities have vibrant cultural lives, despite the effects of COVID. In fact, the resilience and resistance engendered by people’s movements in both places is inspiring. So, when my friends come to visit, here are some of the not-to-be-missed spots we enjoy:

In the Bay Area, we visit the murals of the Mission: The Women’s Building, Clarion and Balmy Alleys, 24th Street. In the East Bay, we check out all of the thrilling new pieces made during the Black Lives Matter Movement in downtown Oakland, at Restore Oakland (lots of public artwork there and at the Fruitvale BART Station next door), West Berkeley Murals, the Spill Mural across from the Ashby BART Station, and the murals inside Berkeley City College. The old Housewives Market, now Swan’s, is a great international eatery, and in downtown Berkeley, The Butcher’s Son offers amazing vegan delicacies.

In Mérida, which has been voted the Cultural Capital of Latin America, the party almost never stops, though local authorities have implemented many health policies to protect the population, and the party has definitely been dampened for the good of all. Pre and post-Covid, the city closes the downtown streets to traffic and sponsors music, dance, theater, vendors and cultural events every weekend. In the Centro, check out the Castro Pacheco murals at the Governor’s Palace, and the Olimpo Cultural Center just down the block.

The city has also recently installed ciclovías, or bike lanes, in many spots, and on Sundays, from 9-12:30, all types of wheeled vehicles come out for the Biciruta, a municipal bike fest (think Critical Mass made official) through the historic center of the city. My favorite eatery and cafe is called El Apapacho (The Hug), with a fabulous meat and meatless menu, delicious moles, a bookstore and boutique. Very feminist and LGBTQI friendly! And a visit to Mérida isn’t complete without visiting the nearby Mayan cities/ruins of Chichén Itzá, Uxmal and Dzibichaltún, which also has a beautiful cenote. The beaches of the nearby Gulf Coast are also exquisite. This is a magical place! 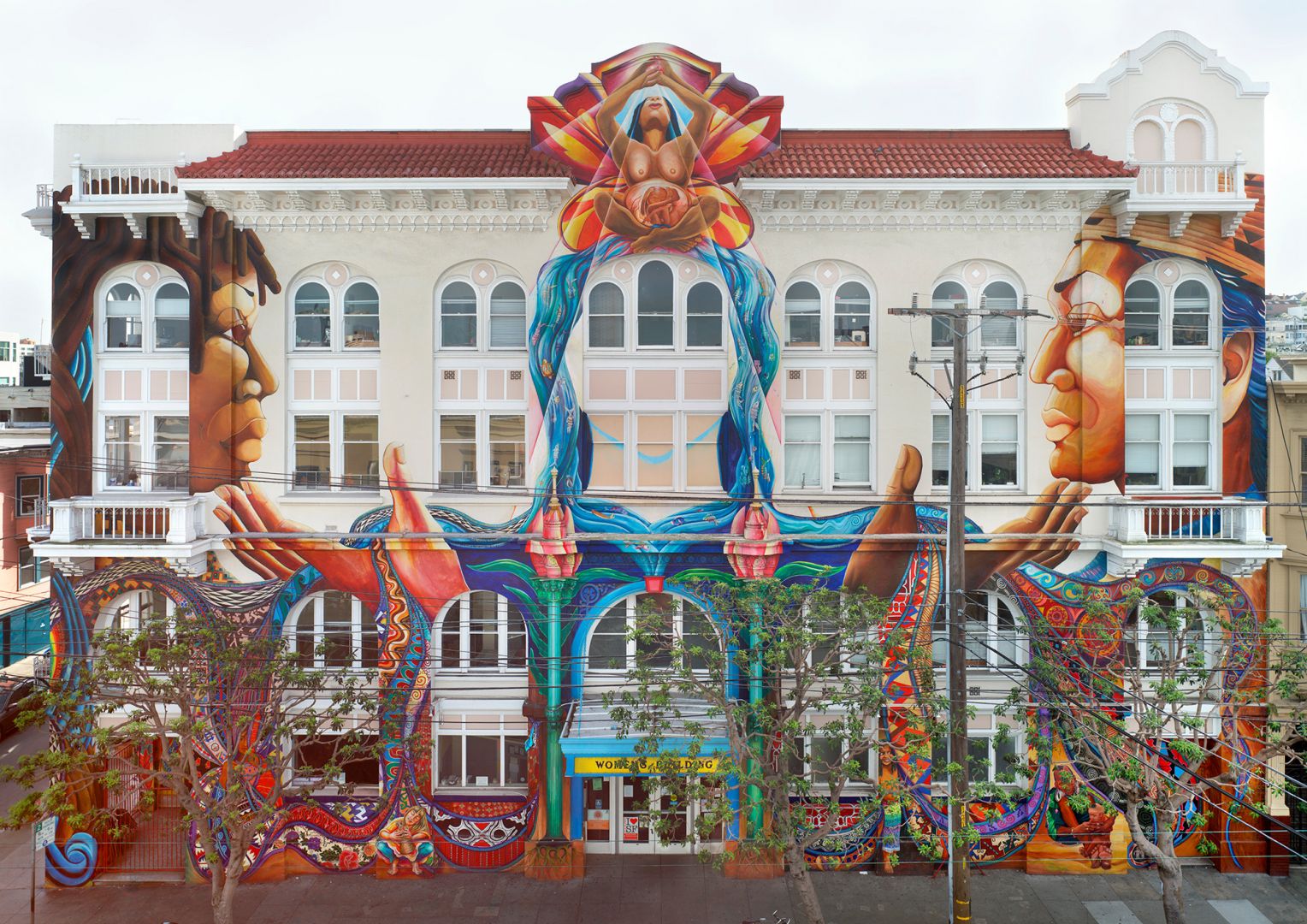 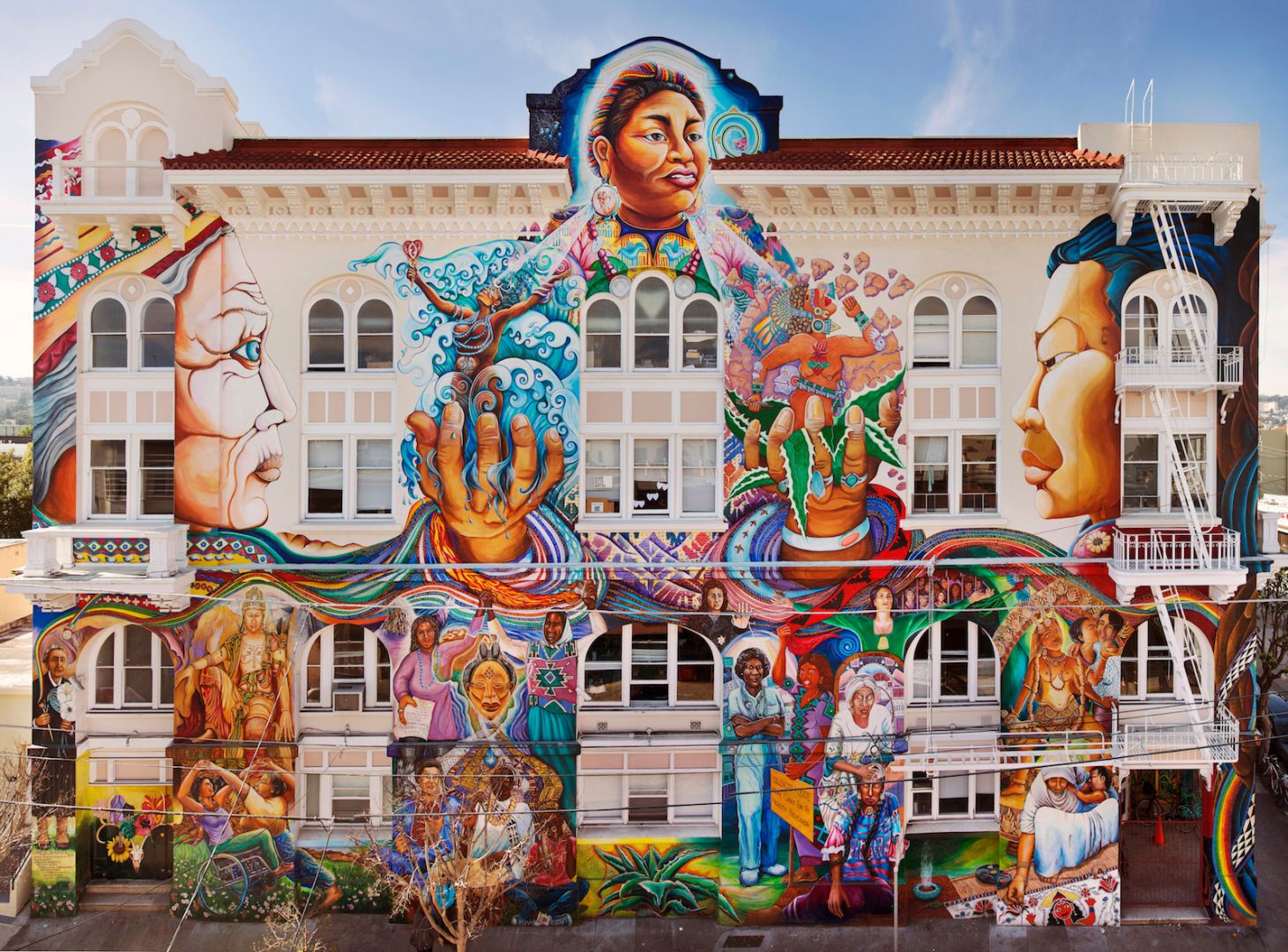 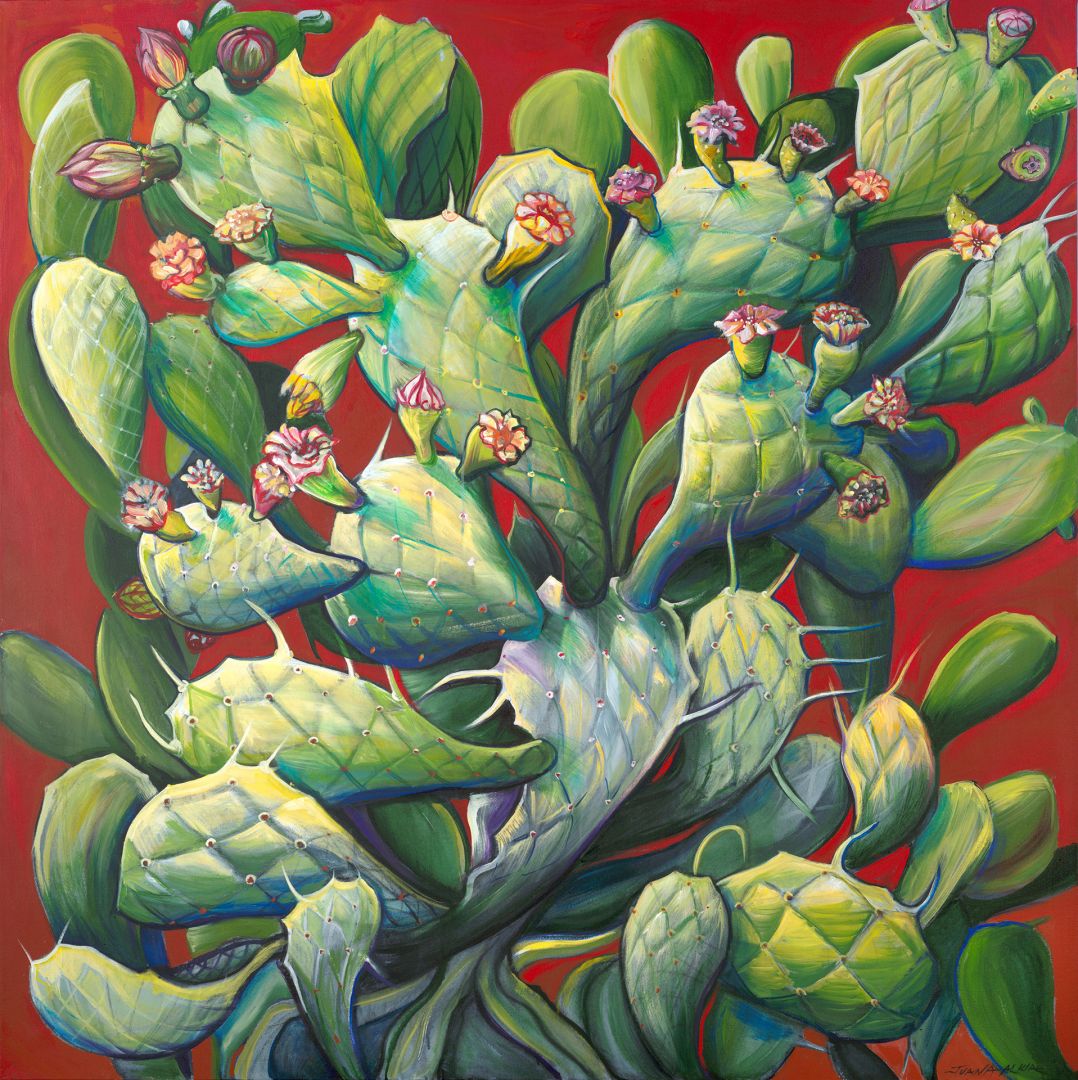 Who else deserves some credit and recognition?
My initial inspiration to be an artist was nurtured by art historian, gallerist and sculptor, Dr. Cledie Collins Taylor.

I have been blessed to have her as my mentor, teacher and life-long friend.