We had the good fortune of connecting with Donna O’Donnell Figurski and we’ve shared our conversation below.

Hi Donna, what’s the most difficult decision you’ve ever had to make?

Life or Death: Signing on the Dotted Line

Life is full of decisions—what to eat for breakfast, what to wear to work, what car to buy, what neighborhood to live in, or what to name your first born and your second and third. (If you are brave enough to have three. I wasn’t. Two children were enough for me!) Decision-making may seem huge at the time. For example, what to eat for breakfast or what to wear to work may feel daunting when you are still bleary-eyed and just out of bed. Buying a car or a house are much bigger decisions, and they take a long time to make, though they can be switched out later. You might want to get really serious with your decision about choosing a name for your new baby. That baby is going to have to live with that name for a very long time … and you do want to have a good relationship. So, you might not want to name any of your children “Rumpelstiltskin.” Yep, decision-making is hard. Even deciding on which flavor ice cream to top your sugar-waffle-cone is hard for most. (But, not for me—chocolate malt crunch wins hands-down every time!)

Seriously, the hardest decision of my life was a life-or-death decision on a Thursday morning in January 2005. That was the day that I had to sign on the dotted line to allow a neurosurgeon to cut open my husband’s skull and operate on his brain. I was scared. Petrified might be a better description. I didn’t know what to do. The one person I could have consulted, the one person I could have trusted with a decision as huge as this was lying on a hospital gurney in a coma with his brain bleeding.

David and I always made decisions together—which restaurant to go to, what car to buy, etc. But now, I was left to make this decision … alone—the biggest and most scary one in my life. The neurosurgeon said that without the operation David had a one in six hundred chance of surviving. With the surgery, his chance was better—a one in twenty chance. It felt like a Catch 22. If I signed for the surgery, David could die on the operating table. If I did not elect surgery and if I did not sign, well, David could die in the Emergency Room or in a lonely hospital room. It’s not like I had much time to decide. Every moment was crucial. The doctor showed me images of David’s brain on a nearby computer. He showed me the dark passages that meant blood was seeping into David’s brain and damaging neurons. He told me how dangerous that was, and I said, “Go! Do the surgery!” I took the one in twenty chance of David’s living. I took the proffered pen, and, with trembling hand, I signed on the dotted line. I thought that that was probably the most difficult decision I would ever have to make, but I was wrong.

Once David survived the surgery, I had to make the decision to keep him on the ventilator, which was providing life-giving oxygen, or to remove him from life-support. The doctor gave me options. He said that David was a professor and would not want to be a vegetable. I concurred with that thought. Then he suggested that, if David did not improve by morning, he be removed from the ventilator. It would be my choice. That decision was not hard. I would not pull the plug on David. I would not give up on him.

I thought my huge-decision-making days were over, but I was dead wrong. (Sorry. Poor choice of word.) I thought once David was settled in the Neuro Intensive Care Unit (NICU) at Columbia, he would be on the road to healing. So, when his new neurosurgeon pushed an official-looking paper at me and told me that David needed another brain surgery to remove an aneurysm, a weakened blood vessel ready to burst, I had to sign on the dotted line again. And, yet again, a week later for a third surgery on David’s brain to remove an arteriovenous malformation (AVM), a congenital tangle of blood vessels residing in David’s head that were described to me as a “time bomb.” So, sign I did.

They say surviving brain injury is not for the faint of heart. And, it’s not! It’s darn hard work to survive a brain injury or two or three. It’s not easy for the caregiver either. And, frankly, this caregiver (me) went on autopilot. I had to use my gut-feeling to make tough decisions, and I had to make them quickly. Many of my options really were life-or-death decisions. I didn’t know if I was making the right or wrong decision. I didn’t know if I was making the decisions that David would have made for himself. But, I had to trust me. I was all I had as David was sleeping the sleep of the innocent.

I’ve become a stronger person from this ordeal, but what a difficult way to acquire that trait! I still make a lot of hard decisions, but, with David once again by my side, we still decide which restaurant to go to and what car to buy—together. 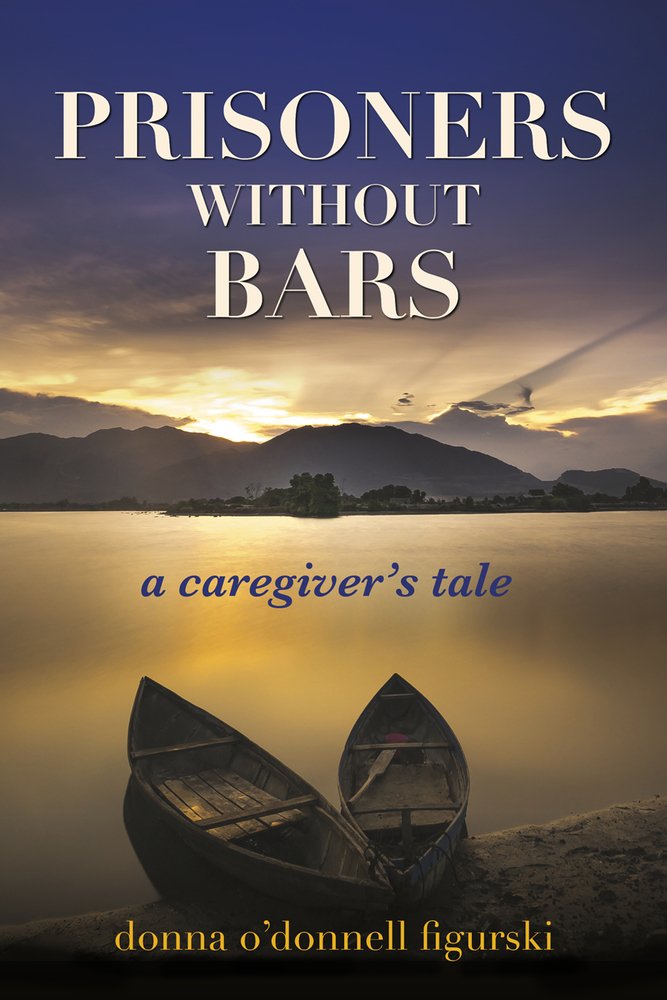 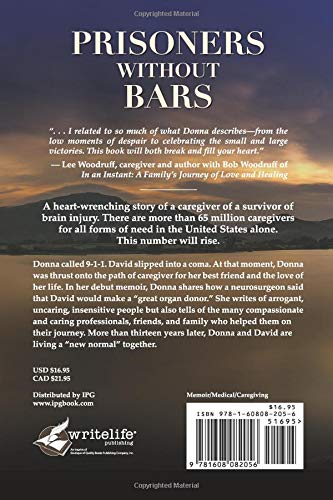 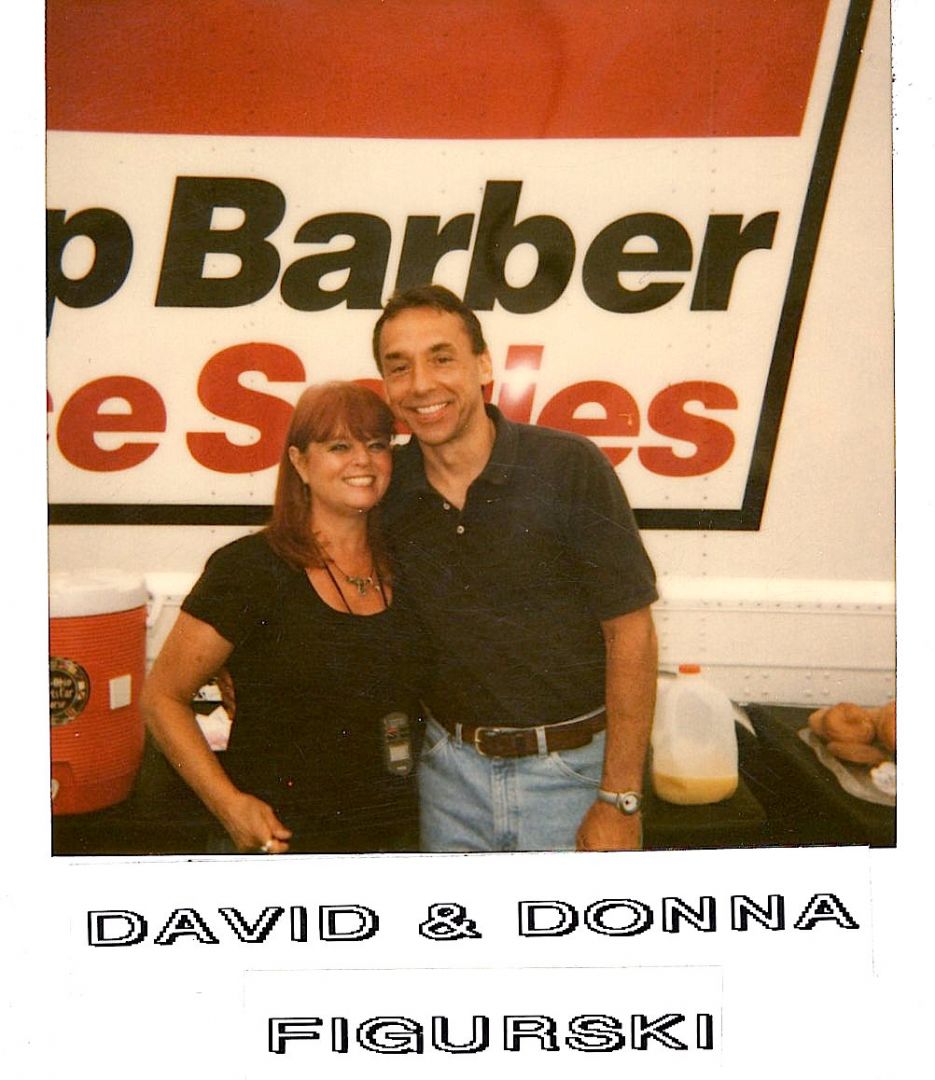 Alright, so let’s move onto what keeps you busy professionally?
I am a teacher. I taught first and third grades for more than 30 years. During that time, I also became a writer. I wrote quirky children’s picture book manuscripts, which have been seeking publishers. But, when my husband, David, had a traumatic brain injury in 2005, my life took a detour, and I became David’s forever-caregiver. It was then that my writing shifted to memoir. I needed to tell David’s story of surviving three brain surgeries in two weeks against all odds. I wanted to let others know that there is hope after brain injury, and so I wrote an award-winning book, “Prisoners without Bars: A Caregiver’s Tale.” (Since its publication in November 2018, “Prisoners without Bars”has won three awards.) Publishing a book, either for children or for adults, can be likened to the passing of a kidney stone or to childbirth. It’s that difficult! So, I was elated when a publisher liked my manuscript and offered to publish it. It takes patience, persistence, and stamina to write a book and get it published. It takes patience, persistence, and stamina to be a caregiver for a survivor of brain injury. So, don’t ever give up.

If you had a friend visiting you, what are some of the local spots you’d want to take them around to?
I’m not a big tour guide fan, but I do enjoy new places. So, if my friend were visiting Atlanta, I’d love to just hang out with her. Local coffee shops and restaurants would be at the top of my list. Since I love to share my love of theater, I would try to find a fun show, probably at a small or university theater. I’d definitely want us to visit local book stores and touch and smell the new books, and maybe even find my book, “Prisoners without Bars: A Caregiver’s Tale,”sitting on a shelf next to some of my favorite authors. Walking the streets of the neighborhoods would be great for us to catch up on talk, talk, talk. There’s no better way to learn a new area than to meander through its streets or parks, talk to the locals, pop into neighborhood shops, get an ice cream cone, and people-watch. 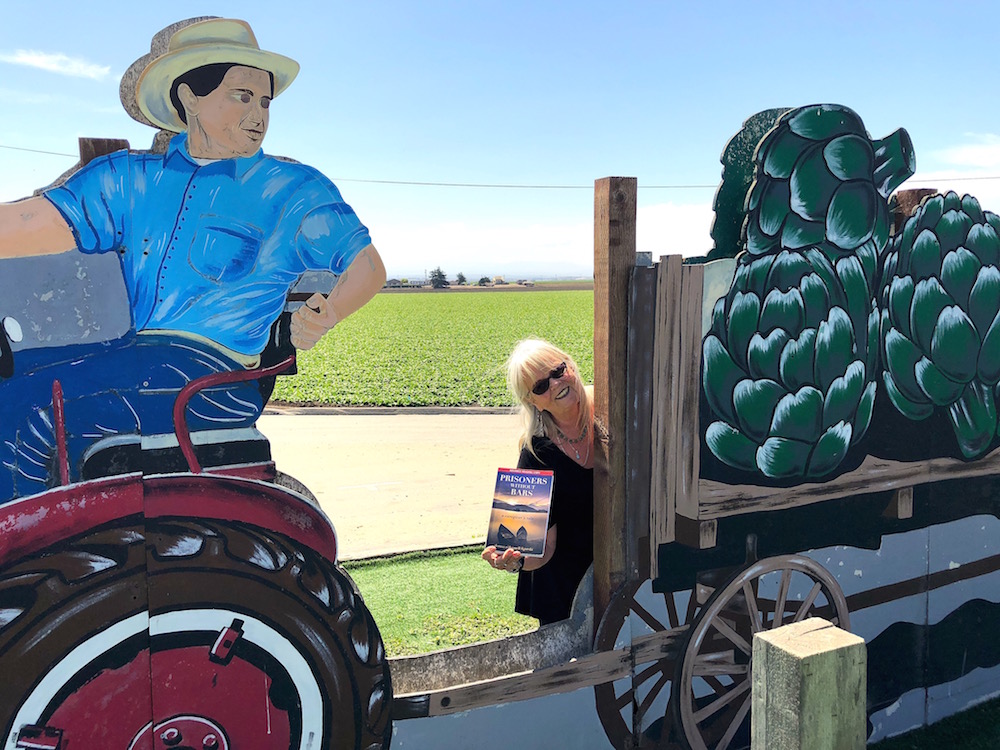 The Shoutout series is all about recognizing that our success and where we are in life is at least somewhat thanks to the efforts, support, mentorship, love and encouragement of others. So is there someone that you want to dedicate your shoutout to?
I will always be grateful to the medical personnel who both saved my husband’s life and helped him to grasp it again after his traumatic brain injury (TBI). But, my greatest shout-out goes to my husband, David, who fought the battle to stay alive and who beat the odds of three brain surgeries in two weeks. Before each surgery, I whispered into David’s ear, “I will never forgive you if you don’t come back to me.” Maybe a little guilt helped too.