We had the good fortune of connecting with Cherie Danielle and we’ve shared our conversation below.

Hi Cherie, we’d love to hear about how you approach risk and risk-taking
With me being an artist my entire life has been filled with risks. I never looked at it as a risk when I was younger. People would ask me,”What made you want to pursue acting as a career after high-school?” That was a confusing question for me because I didn’t understand how my pursuit of something I loved could be such a risk. Acting was something I had loved since I was a child. What I thought at that time was that people find what they are passionate about in life and make that their career. I grew up having a lot of love and support for my passion in the arts from my parents. That’s why I never saw how being a performer was any different than anyone else’s career. I was simply walking in my purpose.

As time went on and I got older, I began to learn why my lifestyle was seen as such a risk to people. Not even just me being an actress, but the way I approached it was risky as far as the route I was taking. After I was unfortunately rejected for my second year of acting school at a conservatory in New York City, I decided not to go back to traditional conservatory or college. The traditional college route is not for everyone. This was another huge risk that I took. However, I didn’t realize the weight at the time.

I made another major decision by moving back to NYC at 19 to continue my training and start auditioning. I worked with acting coaches like Marishka S. Phillps and found my true voice as an artist. My next big venture was creating my own solo-show “The Diary of an Afro Goddess.” I had no funding, no experience writing, and no idea what it would take to assemble a production of this magnitude. My determination enabled me to raise money, get support, and work extremely hard. The show was a huge success. It was nominated for an Audelco “Viv” Award for “Outstanding Solo Performance.

The biggest and most horrifying experience for me was doing stand up comedy. I had thought about it for a while after doing my solo shows. I dated two comedians and loved to observe their process. I always thought comedians were so smart and passionate. I would make excuses about being too busy or not ready. Until my last few months of living in NYC before moving back to Atlanta, I felt like I had nothing to lose. I did a few open mics and told a few people I was trying stand-up. People responded to me like I was crazy but I had a vision. Shortly after I started I got an offer to do my first paid gig by a friend. Little did I know that gig would be professionally recorded for me to be able to send to The American Black Film Festival. I sent the tape in not concerned with it being my first gig. Three months later I was selected in the top five finalists. I will be performing at the 2022 ABFF which is fully sponsored by Warner Media.

All I can say is that risks definitely pay off big time. But the true beauty is most of my risks have come from me truly doing what I love. When you don’t look at it as a risk and do it for love, it will always pay off in the long run. 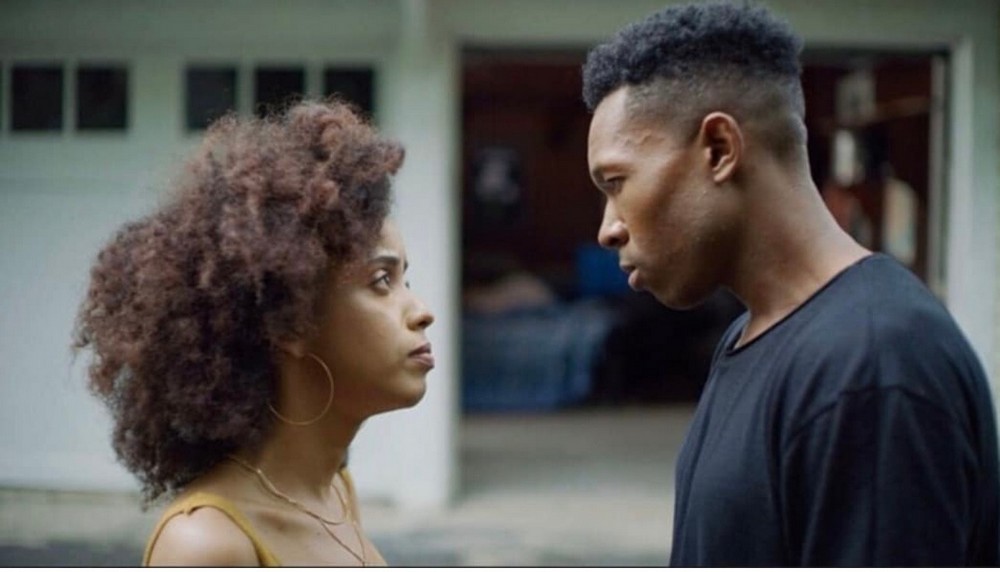 Let’s talk shop? Tell us more about your career, what can you share with our community?
I am an actress, comedian, and writer. What sets me apart from my other peers in this industry is not only that I create my own work ,but also the type of work that I create. I am an old soul. I’m a lover of black history and black theatre. I am the daughter of parents who grew up in the civil rights era. You see different elements of history, comedy, and Afro-Futurism in the stories I create. The very first piece that I wrote was my solo show “The Diary of an Afro Goddess.” This piece was heavily inspired by the stories I heard growing up about my parents and ancestors. It also played around with the idea of a black woman God figure and metaphysics. I remember people coming to the show assuming it would be deep and sad. They were quickly surprised with how comedic it was and how good they felt leaving. This is something that I am most proud of.

What I look forward to the most in my career is my continuing journey in the art of stand-up comedy. I am only 2 years into my career as a comedian and it has brought me so many blessings so far. I am extremely excited about performing at the 2022 American Black Film Festival in June. This showcase and continuing to build my relationships with the Warner Media family is something I cherish. I also look forward to my next television appearance on Hulu’s “Woke” and seeing my supporting role in the upcoming film “The In-Law Gang!”.

It was my challenges in the industry as a black actress that got me to where I am today. This is what made me want to start creating in the first place. I felt trapped. Not that I hated every role I auditioned for, but there was a disconnection. Even after creating my solo show it was not easy, I still struggled to find that consistent outlet for freedom. It wasn’t until I started doing stand-up comedy that I felt truly free, and I apply that freedom directly to my writing. The industry is changing in a beautiful way, but there are still limits being put on black women when it comes to the stories being told about us. The impact that I truly want to make is to continuously open the door for limitless storytelling for and about black women. My writing, comedy, and acting ethos is that we are not one way or the other. We are all that and more.

The biggest lesson that I have learned along the way is that my art is mine and nobody can take that away from me. Of course I want to book tv shows, get my scripts funded, and go on comedy tours like everyone else. As a creative you have to hold on to that, even when you are rejected, nobody can take your art away from you. No one can take your journey away from you. What I want the world to know about my story is that I do this for something greater than myself. I do this for the black women that came before me in this industry and the black women that come after. 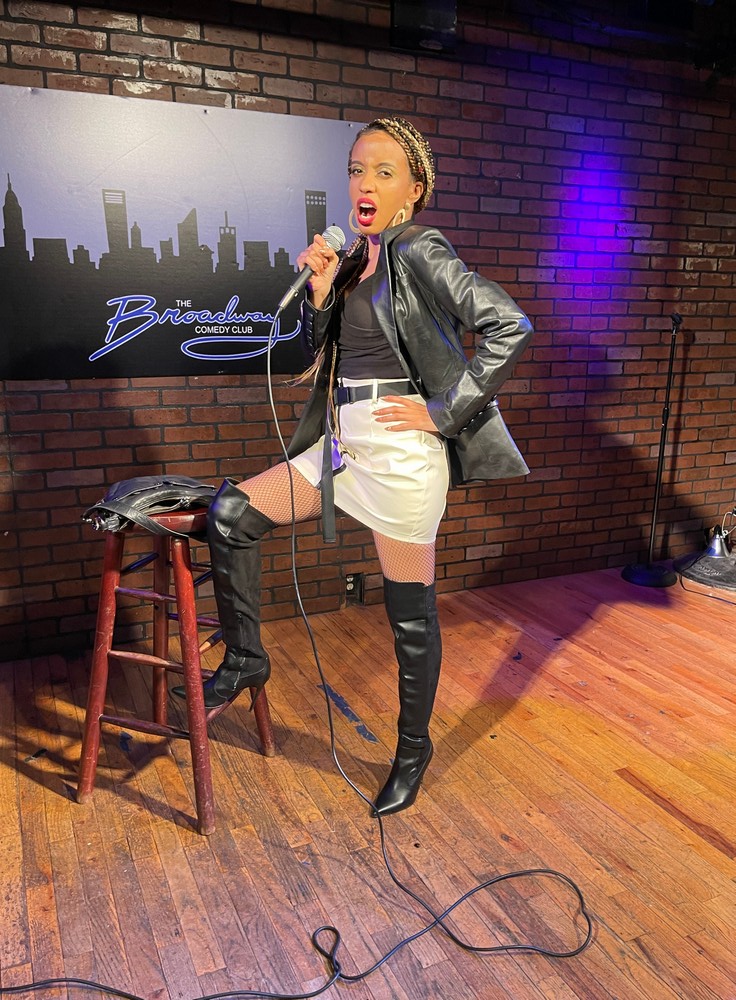 I also enjoy seeing creative spaces like the Madame CJ Walker museum filled with music, history, and culture. Seeing plays like “Hands Up” at the Alliance Theater is also a joy. I spend most of my time at the comedy clubs like The Laughing Skull, Kat’s Cafe, and The Monticello so that would probably how we end most of our nights.. 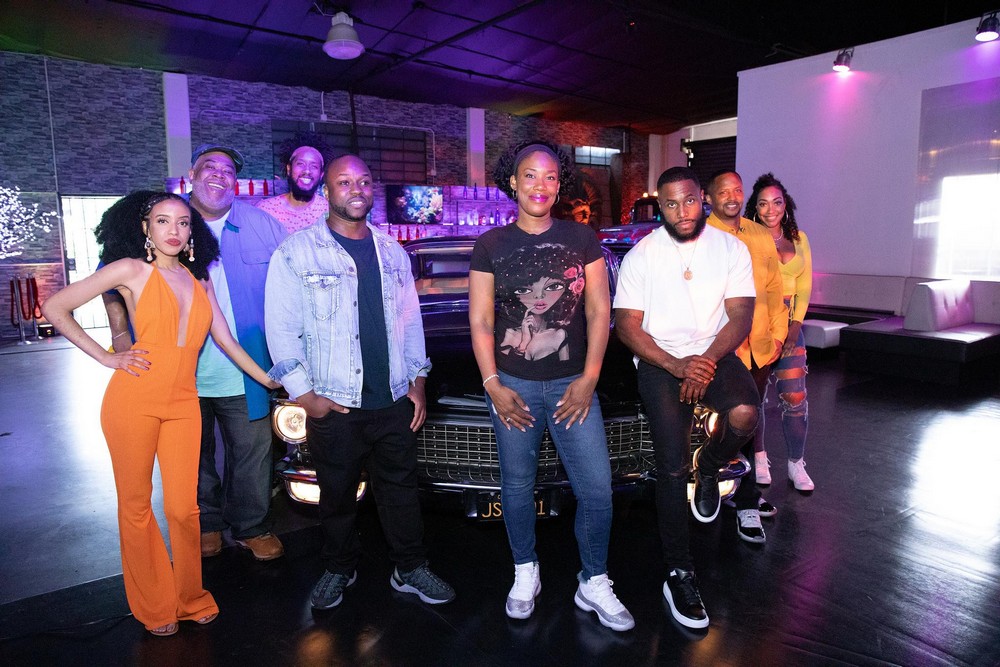 Who else deserves some credit and recognition?
I first have to thank my publicist, Phoenix Ascar under Luxe Diamond Enterprises for helping me this past year with breaking into the Atlanta Comedy scene and getting my name out to the public. I dedicate this article to her and all she has done for me the past year. I would also like to give a special shoutout to my mentor Bianca LaVerne Jones and my comedy director Akilah Walker. I’d like to give special recognition to Chantal Maurice of Costar Coaching for all of her help with my auditions. I also would like to thank my parents Deborah Murray and Charles E. Bythwood for their support in my career.