We had the good fortune of connecting with Britt Spencer and we’ve shared our conversation below.

Hi Britt, can you walk us through the thought-process of starting your business?
I was in my early twenties. I’m not sure there was much thought or strategy at all, really. I was accustomed to making nothing and living in abject poverty anyway, so it was a good time to take risk. The thought of getting a job was distant, but making money with side hustles was actually easy to imagine. I mean, 1 editorial job a month would be significantly more than what I had been living off of for the past few years in college. During my summer break, in between my junior and senior year, I went to New York with a backpack full of drop-off portfolios. Out of the thirty or so I dropped-off I only got a couple positive replies. But that’s all you really need to get going. 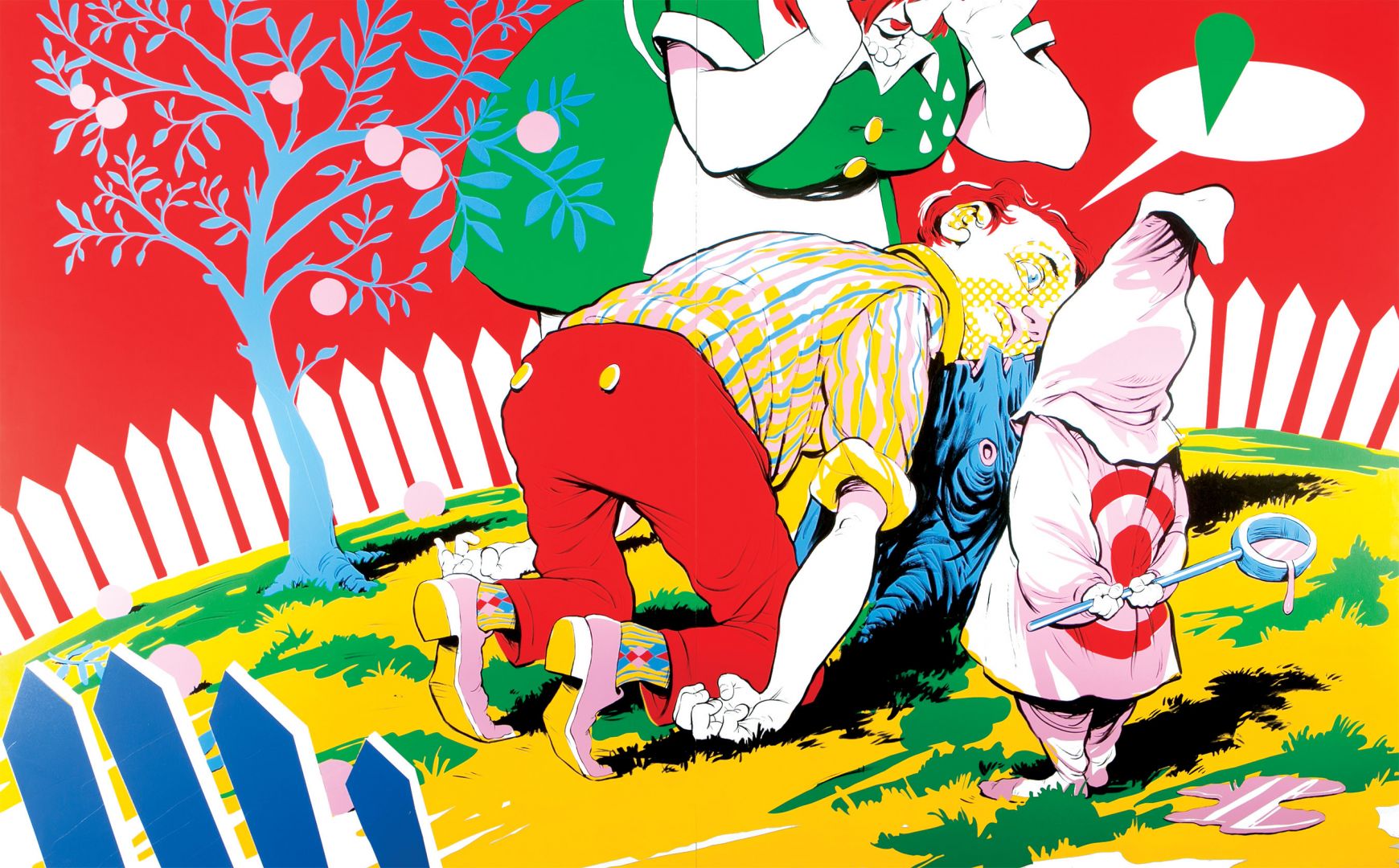 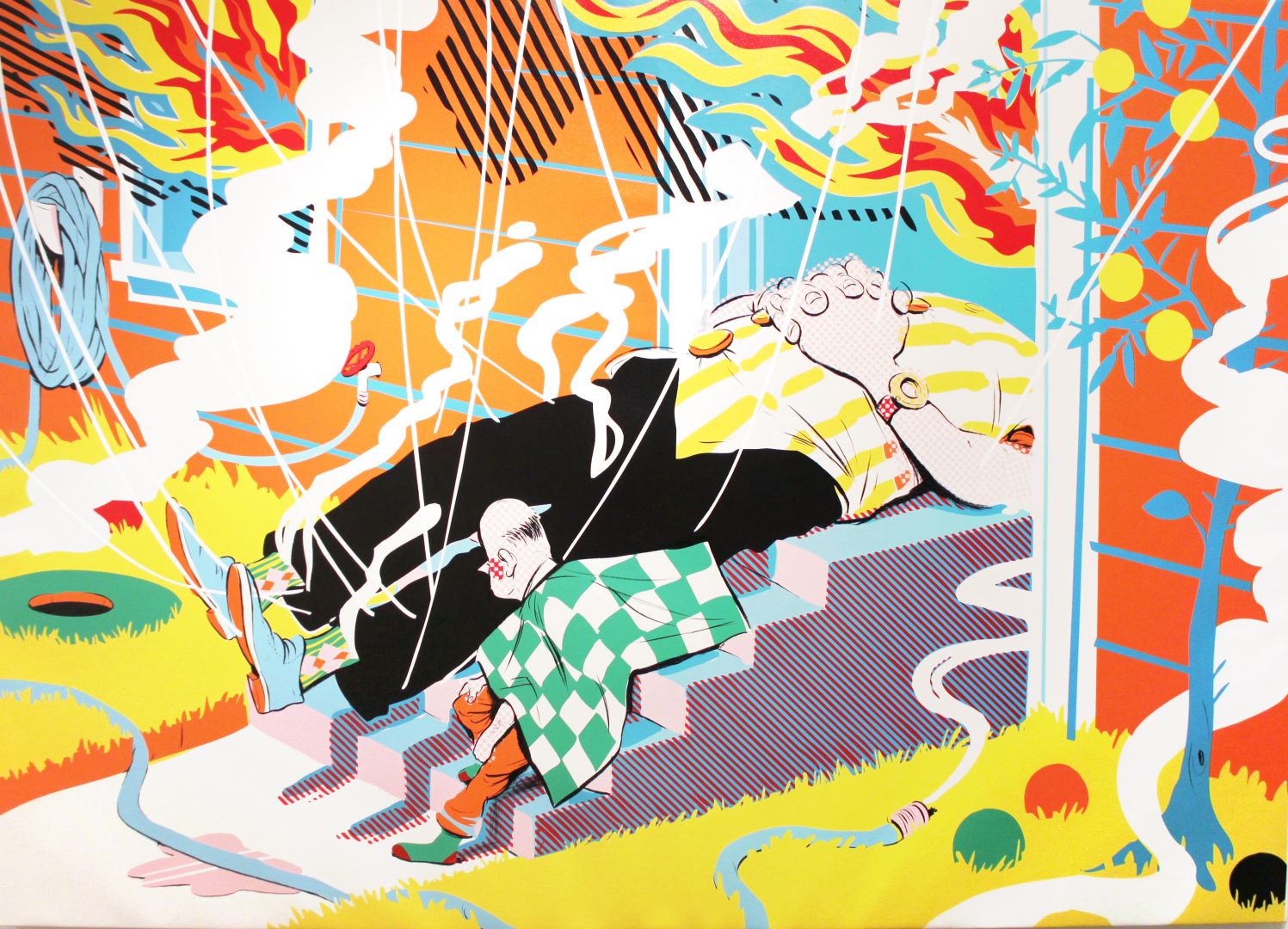 Can you open up a bit about your work and career? We’re big fans and we’d love for our community to learn more about your work.
In short, my paintings are euphemisms; a generalized pathetic misery painted with bright child-like colors that belies their content. Sort of a nice packaging of insecurities, operating somewhere in the realm between humor and pity. The message is delivered passively, like that of a spineless storyteller; obscuring a direct message with an ambiguous one. Stories of nothing say a lot about everything (think Seinfeld as paintings). To me, the formal arrangement of the painting is more important than communicating anything specifically. I’m more interested in the tone of the work than I am with what the work says. This often results in a meandering process of playing around with the visuals until it ‘feels’ right and not being overly concerned with its coherence. Common themes that I have in my work: I seem to enjoy the non-heroic man; a figure in some hopeless struggle with something. I particularly like this character to be a soft-bodied man-child; you’ll see them a lot in my work. Very likely these characters have both a sinister perversion as well as a sympathetic hopelessness, or at least that’s what I’m going for… that constant balance of good and evil; pride and humility. I’m largely a fan of /influenced by consumerism and simple media in general. In other words; Teen Mom is more stimulating than a tired performance of Don Giovanni. Also, I’m heavily influenced by the colors you see in fast-food and commercial packaging. I consider the McDonald’s fry box one of the most aesthetically pleasing things in existence. I like false nostalgia or the ease of adopting symbols and cultural cues into your own identity without actually experiencing culture in a genuine sense (most people would just shorten that and say I’m comfortable with cultural appropriation). As an example, I use the visual language of ‘comics;’ ben-day dots, halftone pattern, etc. People look at my paintings and say they look like comics. But not really, right? Certainly not any contemporary comics at least, and not comics from my generation. Instead it’s the cultural understanding of what a comic looks like and it has become a symbol of something, not exclusive or owned by anyone, but absorbed into the world of meaning-making through symbolism. I guess that’s what I’m doing with my paintings. If I get a commission for illustration; I read the text, consider the audience and try to create an image that’s relevant, good-looking, and consistent with work that I’ve done in the past.

If you had a friend visiting you, what are some of the local spots you’d want to take them around to?
Er- I’m living in Savannah, not Atlanta. How should I answer this? Is my opinion relevant as a distant Georgian? If I were in Atlanta, I’d be hitting up fairly touristy spots… with one exception, Perkerson Park to get in a round of disc golf. If people come to Savannah, I’d just recommend taking a stroll through all the squares downtown and have fun exploring. Get a drink-to-go while you’re at it. 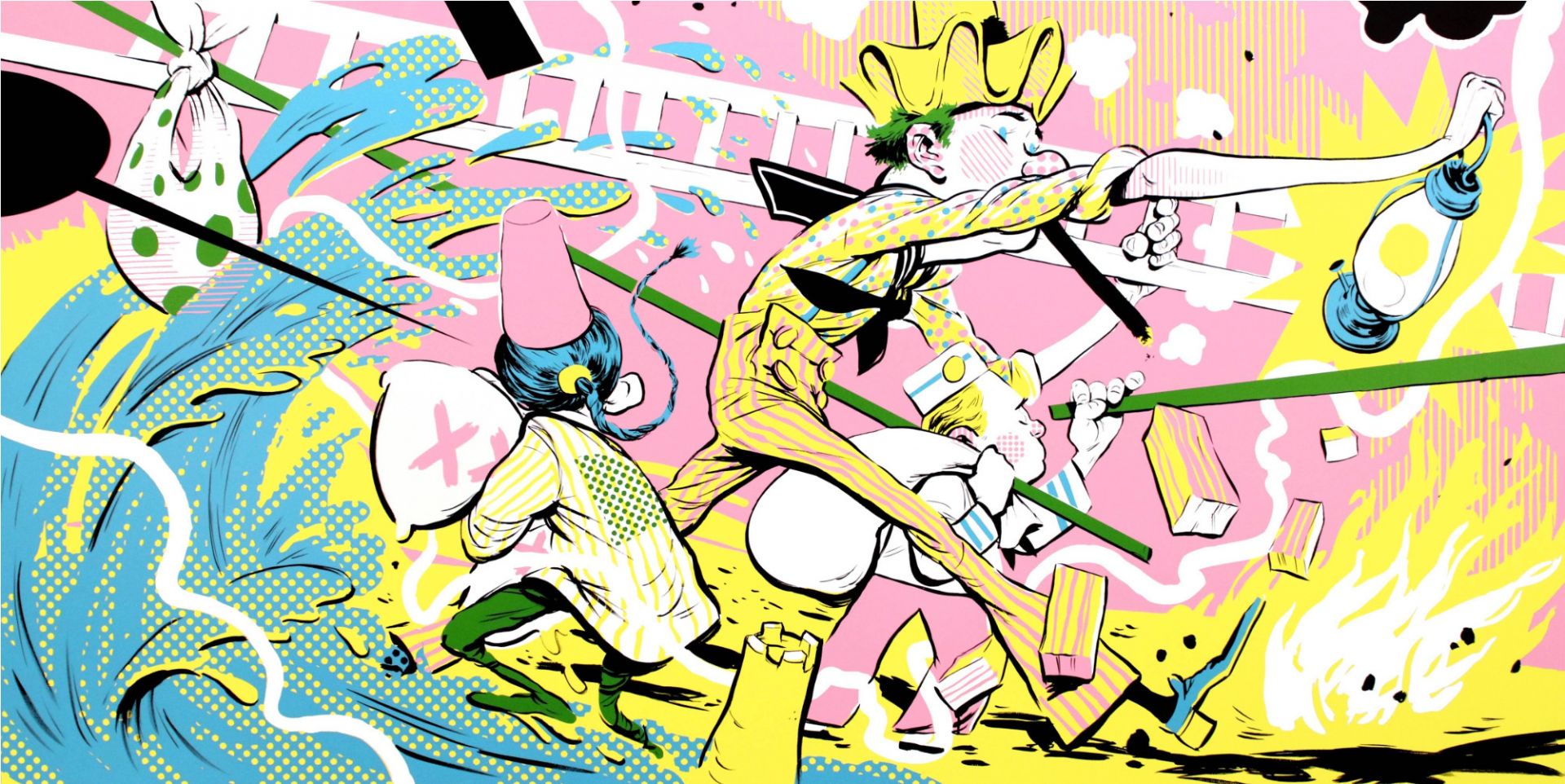 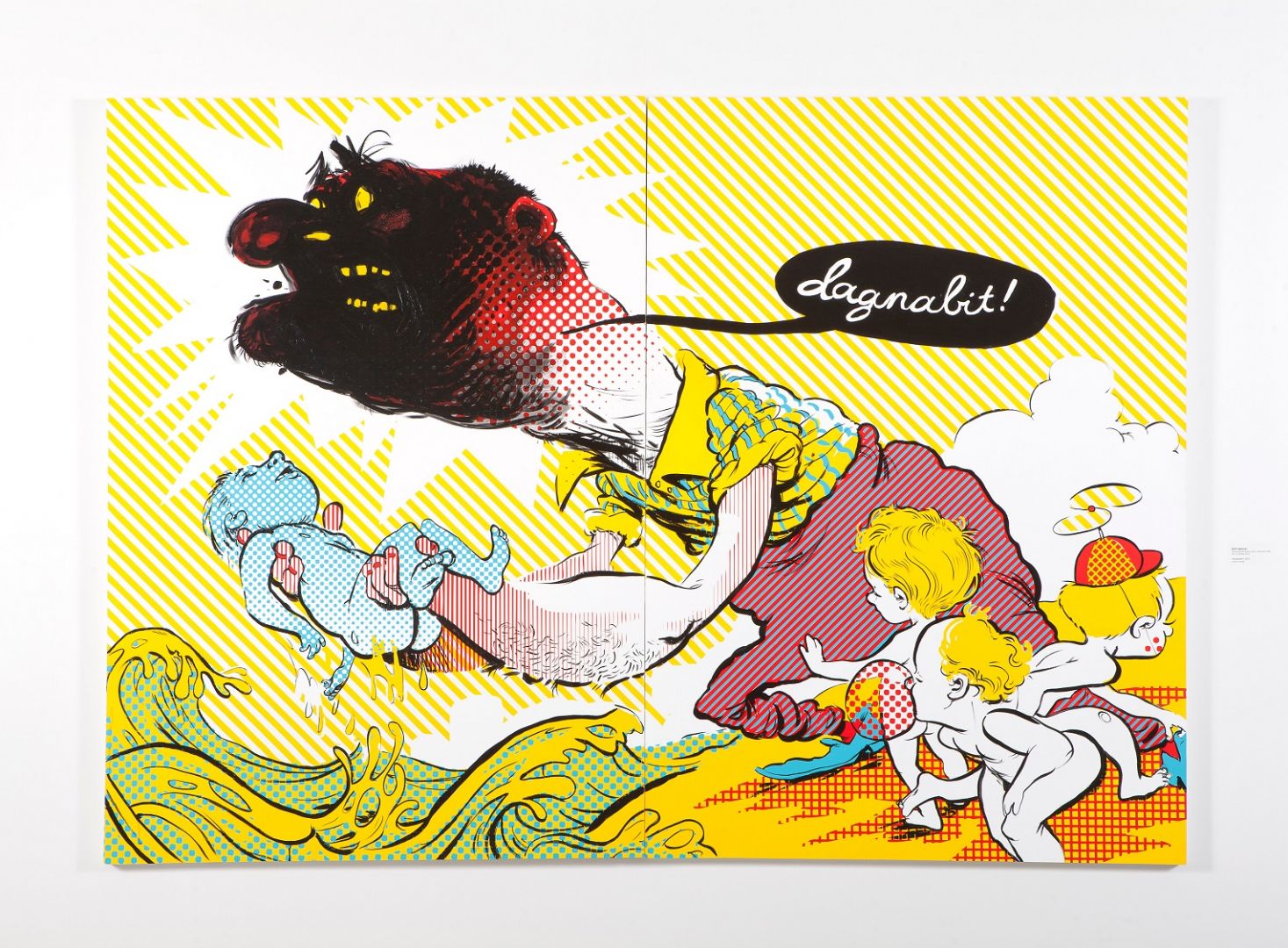 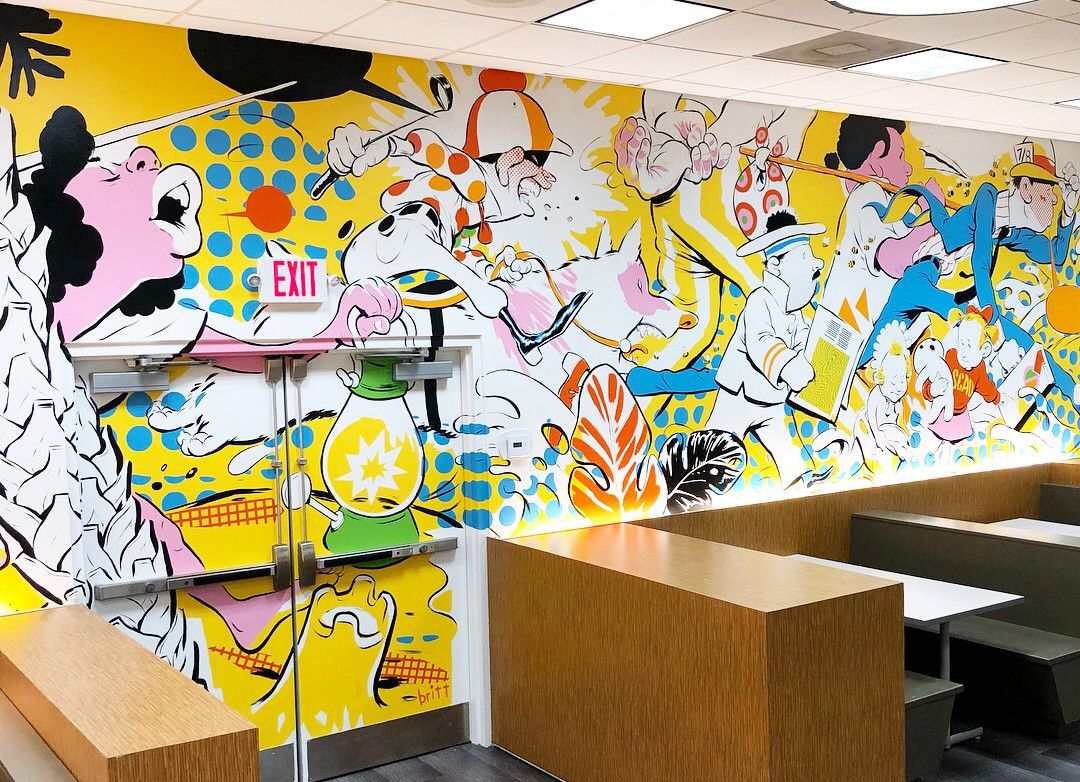 Who else deserves some credit and recognition?
Is it cheesy to give a shoutout to my parents? They never had any doubts about me pursuing art as a career. In fact, my mother said that it would be foolish for me to consider any other vocation. I know from a lot of my peers that a career in the arts was a nerve wracking experience for their parents who wanted to see their son or daughter ‘get a job,’ my parents always encouraged me to forge my own path.