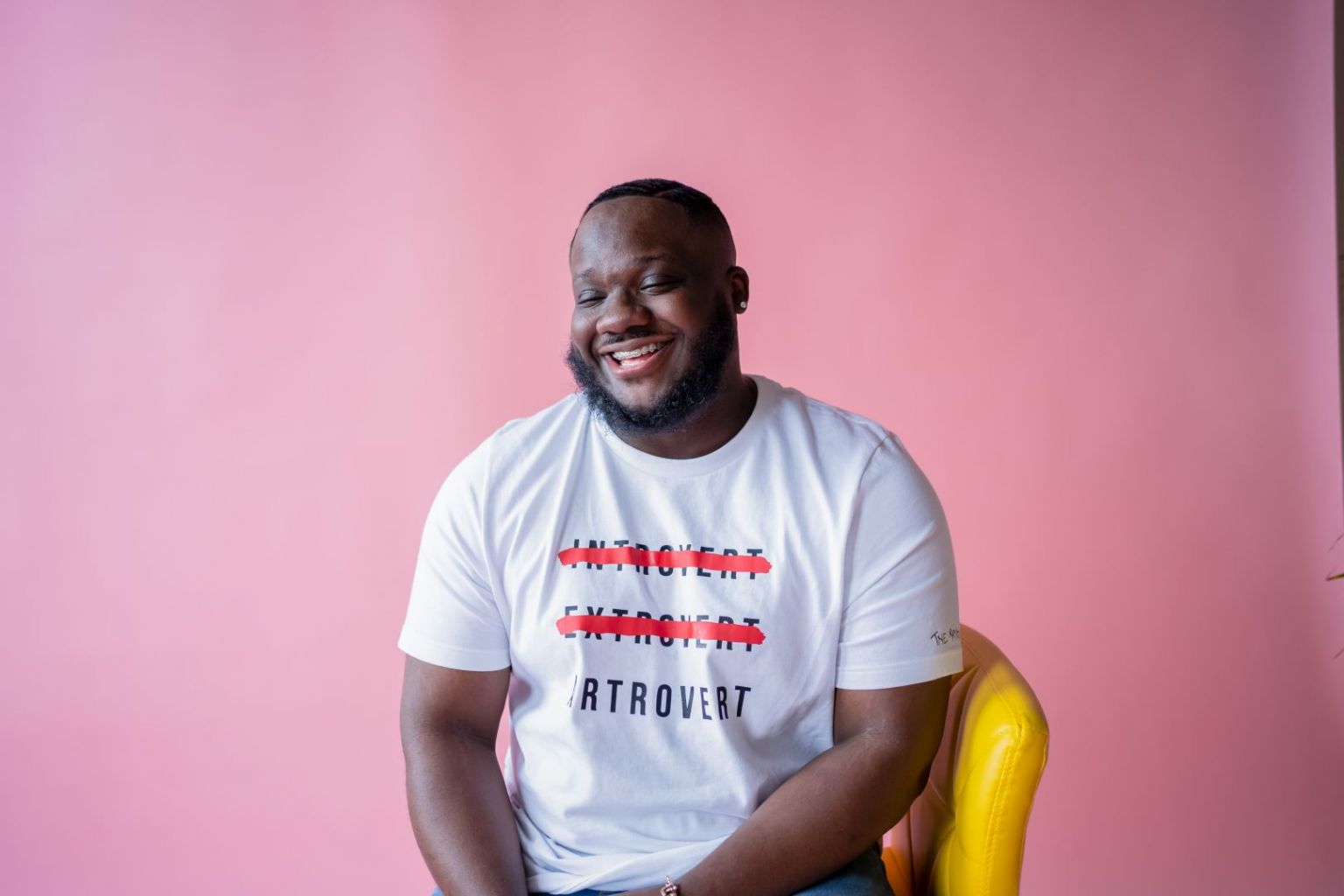 Growing up, I have always had a large imagination. Imagining scenes for movies, music videos, photo shoots & much more but I never was able to display my ideas. I thought I could not due to me believing I was not a creative or artistic individual. In my last semester of college, I decided to take up photography just as a hobby & my hobby turned into a passion. Read more>> 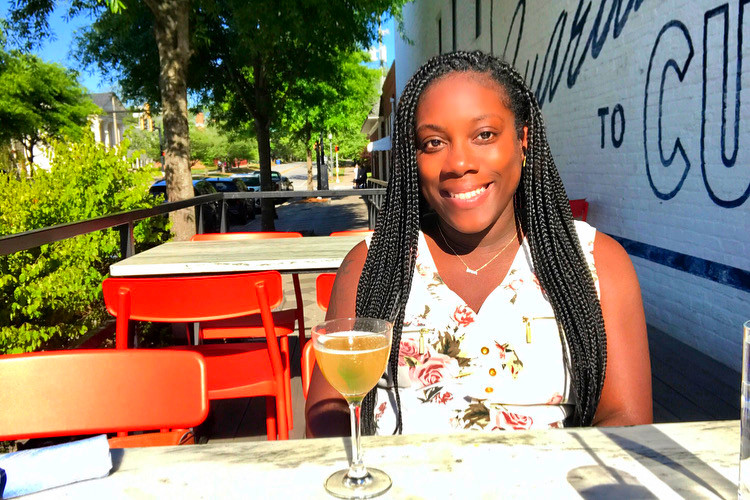 I decided to pursue a creative career because first and foremost, I realized it allowed me to spend more time with and involve my children. It also gives me control over how I express myself and everything I decide to put to create or put out. Read more>> 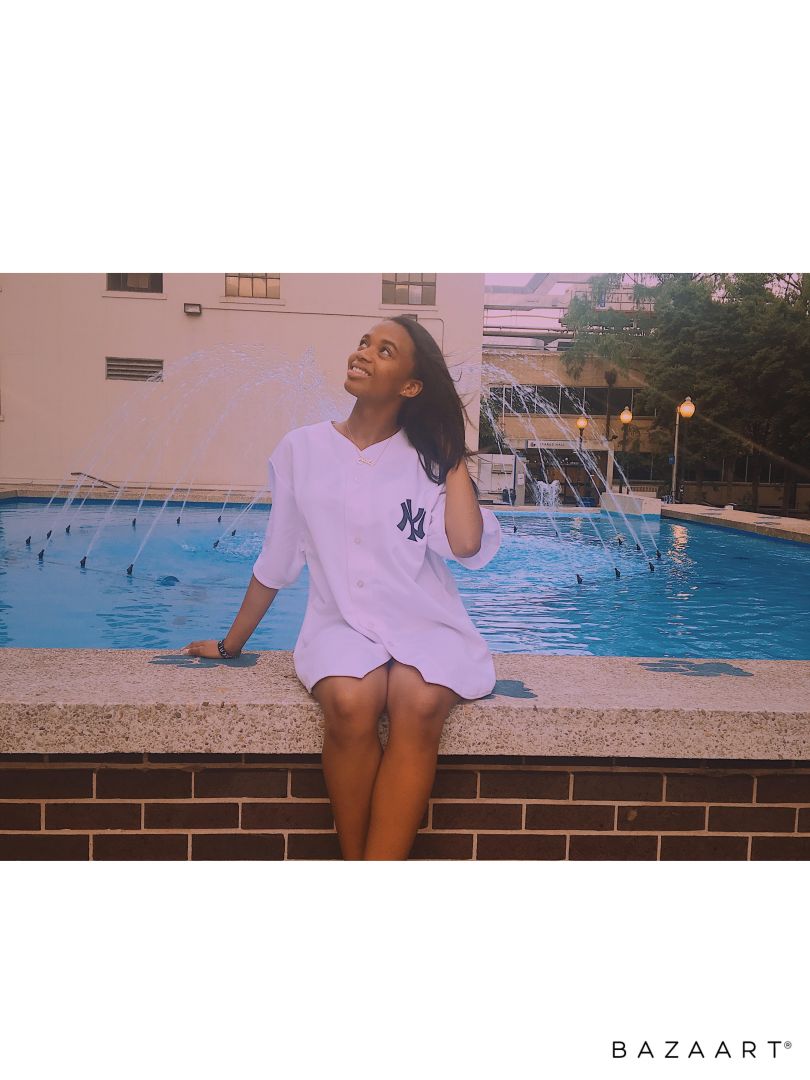 I am actually still in the process of starting my business but I have began getting my brand out there while also still forming my own brand. I say this because I started curating the K Melodies Playlist at the beginning of the pandemic and it was honestly just to blow off steam as well as give people something to look forward to every week. It soon became something that was in popular demand amongst my peers and social media followers! Once that happened, I knew that I should probably keep it going since I had an active audience looking forward to listening to my crafted music playlist. I then decided to refine my method of rolling out music by posting it on my Instagram story on Sundays (sometimes Mondays lol) and keeping the music roll-outs to 10 songs per week. Read more>> 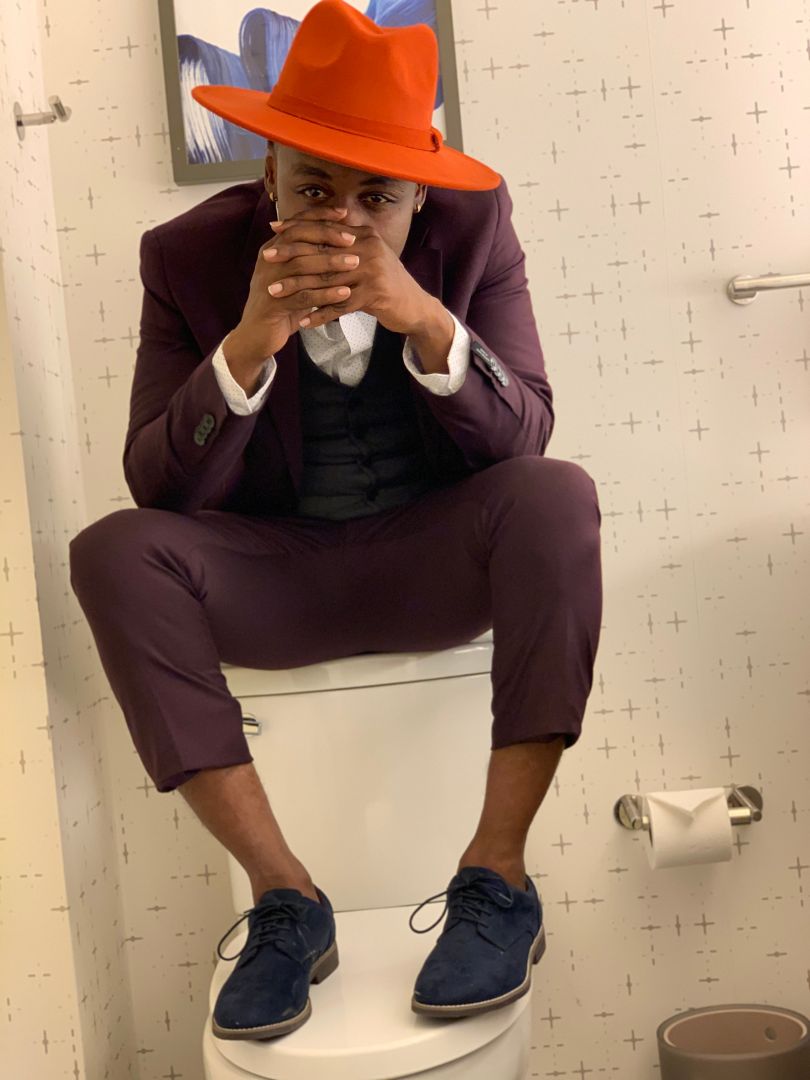 I became a artist because of how it made me feel. It was a great way to release stress and express myself as a black person in Baltimore. It was also a great outlet throughout different situations and relationships. Life can be like Tv sometimes and Every great movie has a sound track. Read more>> 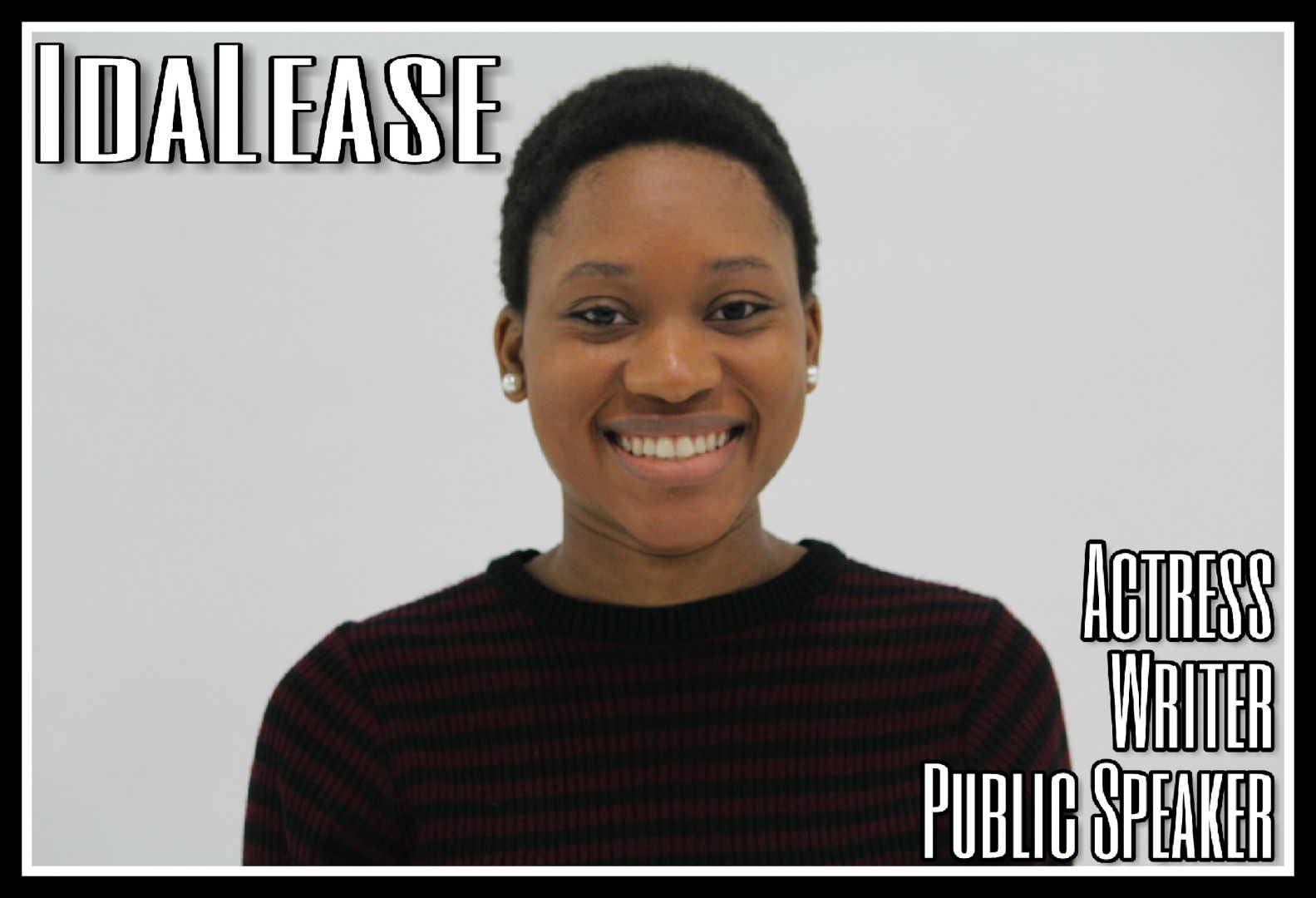 I’m not sure I chose the path. Everyday it reaffirms itself in my life. Even when gigs are slow or seem to be going nowhere and I start to think, “maybe acting isn’t for me”. I have tried other careers from administrative work to childcare. I was also employed by Emory Health right before the pandemic. Had I stuck with that I may have easily paved an easy breezy path into healthcare. But none of these jobs were at home to me. They were just jobs. And I am one of those people who likes to give 100% to what they do. However, I found myself giving 100 and being left with nothing. Or showing to the job up but being mentally checked out. I had lost time to a zombie-like trance. Previous jobs put me in survival mode, just going through the motions, and I don’t like that. That is not living. Read more>> 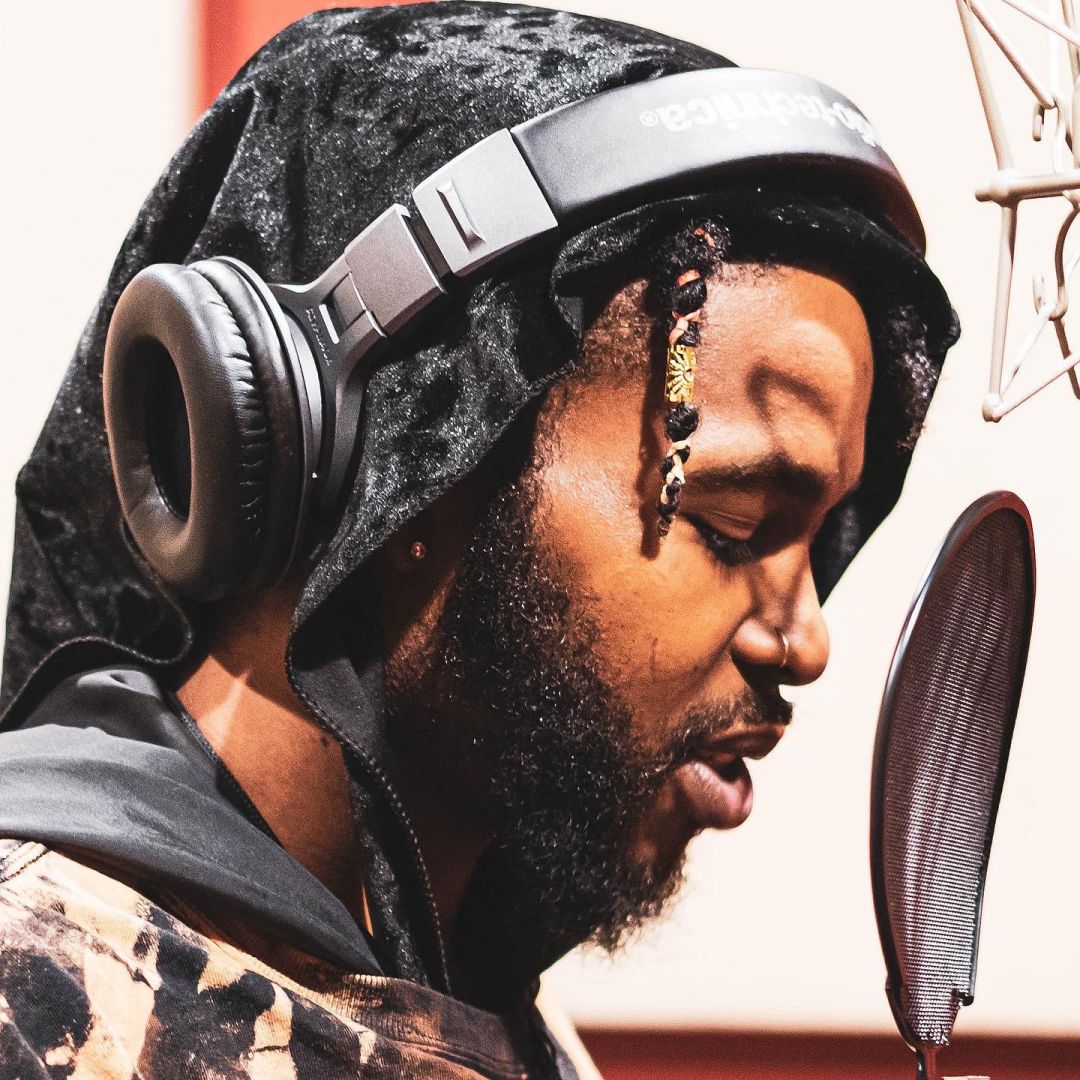 An artistic career provides the freedom to transform everyday struggle, passion, joy, and thought into a digestible creation. The thought of my story or creations influencing and shifting ways of thought is what drives me in this pursuit. Read more>> 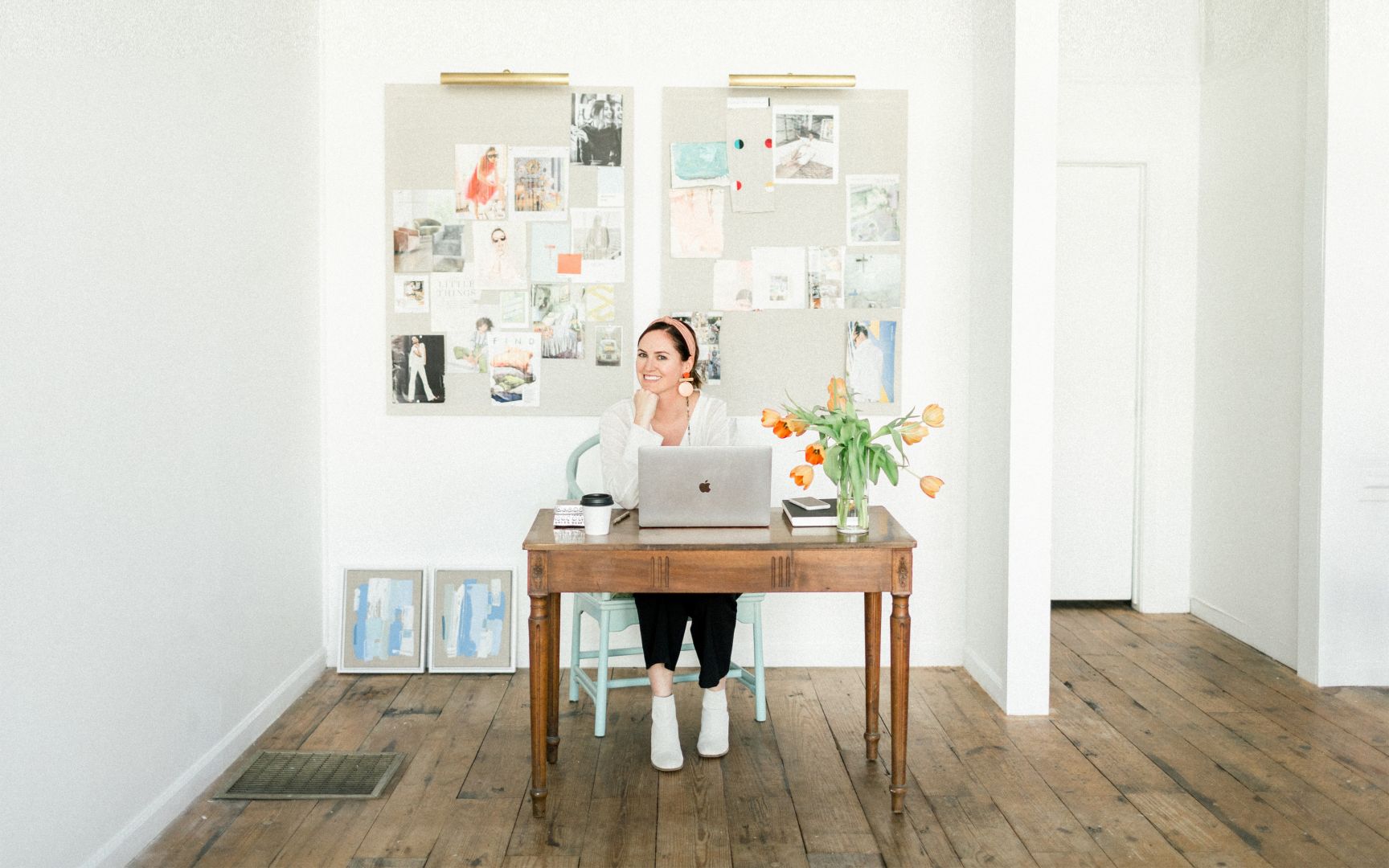 I’ve gravitated towards creating my entire life. I also was always a dedicated student, so when I discovered the Industrial Design program at Georgia Tech, I was thrilled to find a path that would play to my strengths – both the creative and analytical sides of my brain. When I was learning about this program, it described the ideal candidate as part artist, part engineer, and part entrepreneur — this really spoke to me! Read more>> 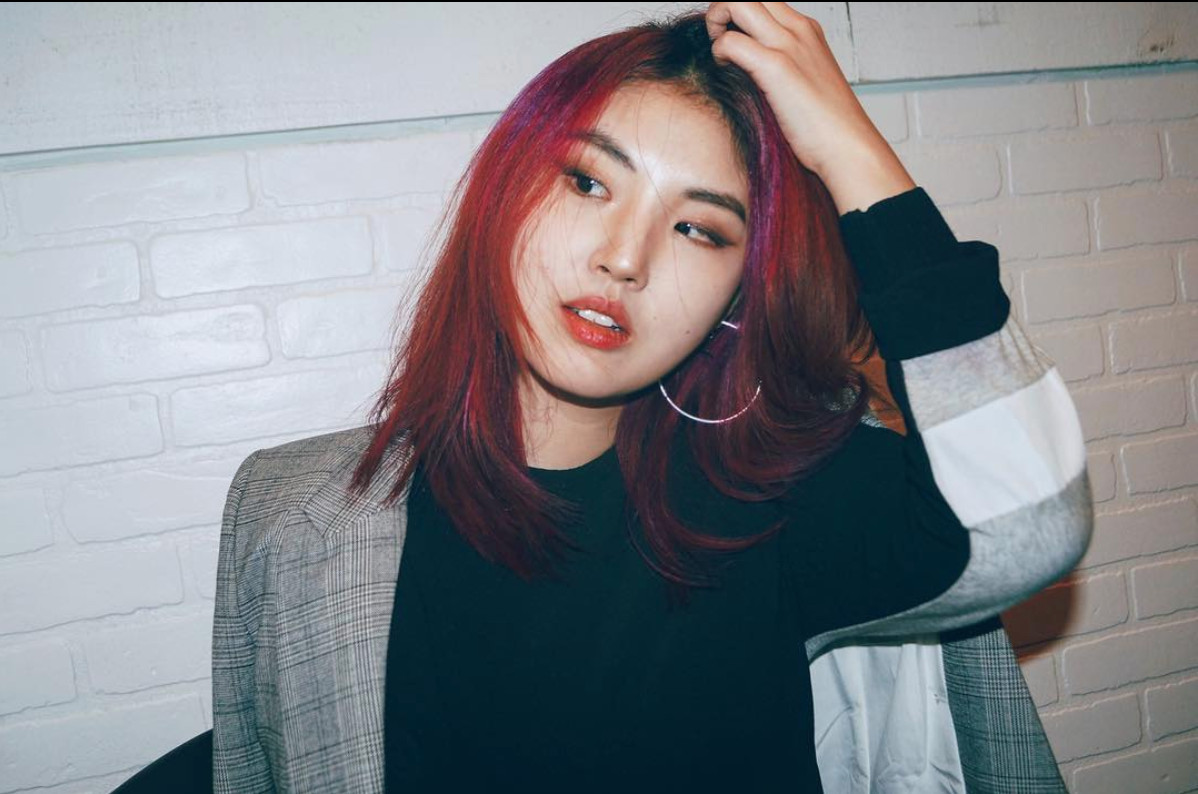 Ever since I was a little kid, I could feel that I will be in the art and creative industry. I loved drawing, music, movie, performance, and all kind of art. I’ve never doubted myself having a career other than art, the only concern I had was which specific area among the art should I go for as I was interested in numerous fields. I’ve got my major degree in graphic design and a minor in motion media. The reason for choosing graphic design was because of the various fled I could get into. I love myself in the creative industry because art is a great way to throw out the message to the world in a unique style of my own. In my point of view, ultimately, most people’s goal including me in life is trying to express their value and voices to the world in their way and there are various ways to show up the messages. Art can be used as a tool since it has the power to reinterpret messages and enables viewers to communicate by throwing the questions. Read more>> 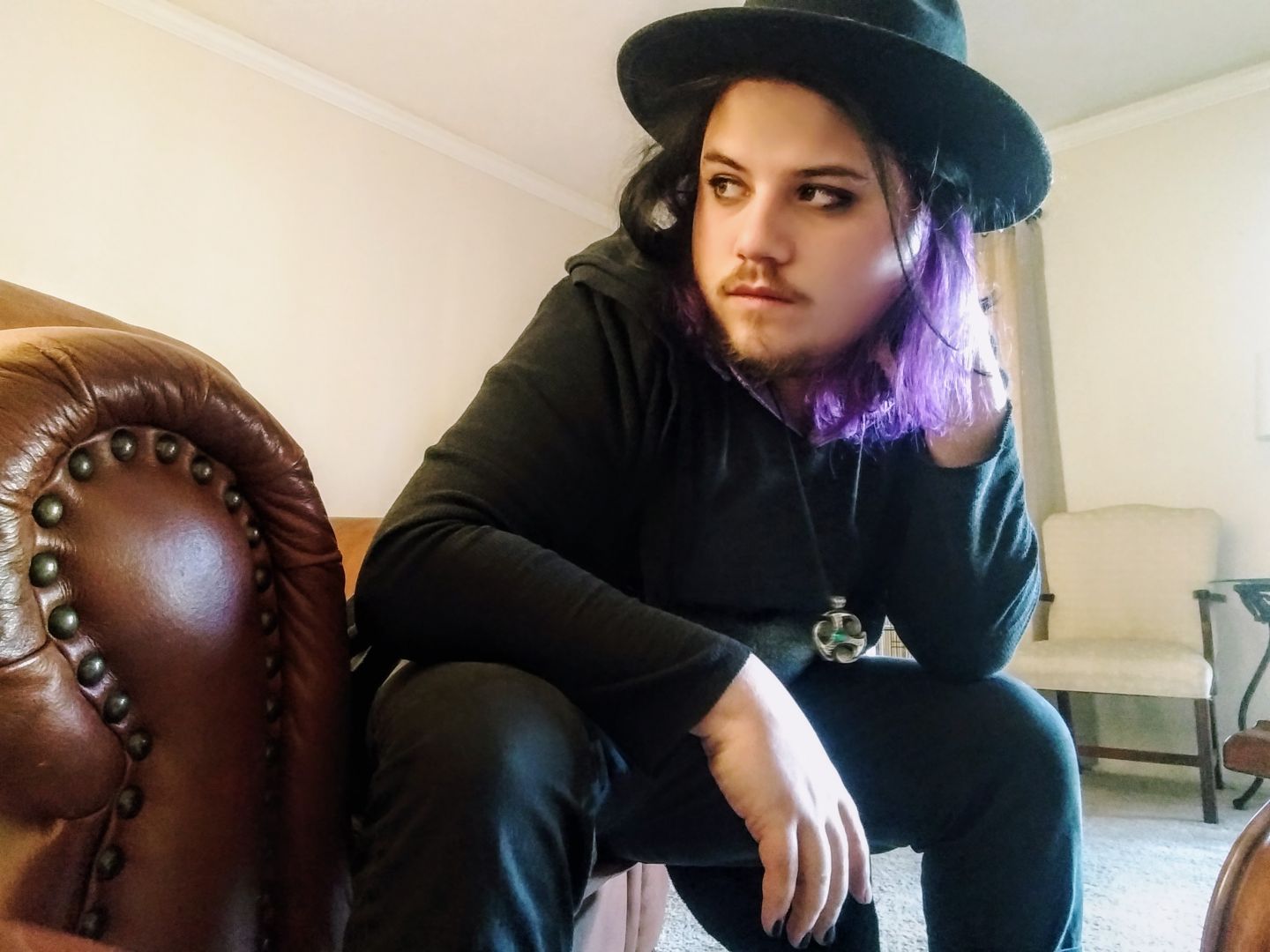 Well, the short answer is that it is fun. The long answer is that I have always enjoyed the creative process. To imagine something and match it with visuals is a powerful skill. You create something out of nothing and that magic has fascinated me for years. Read more>> 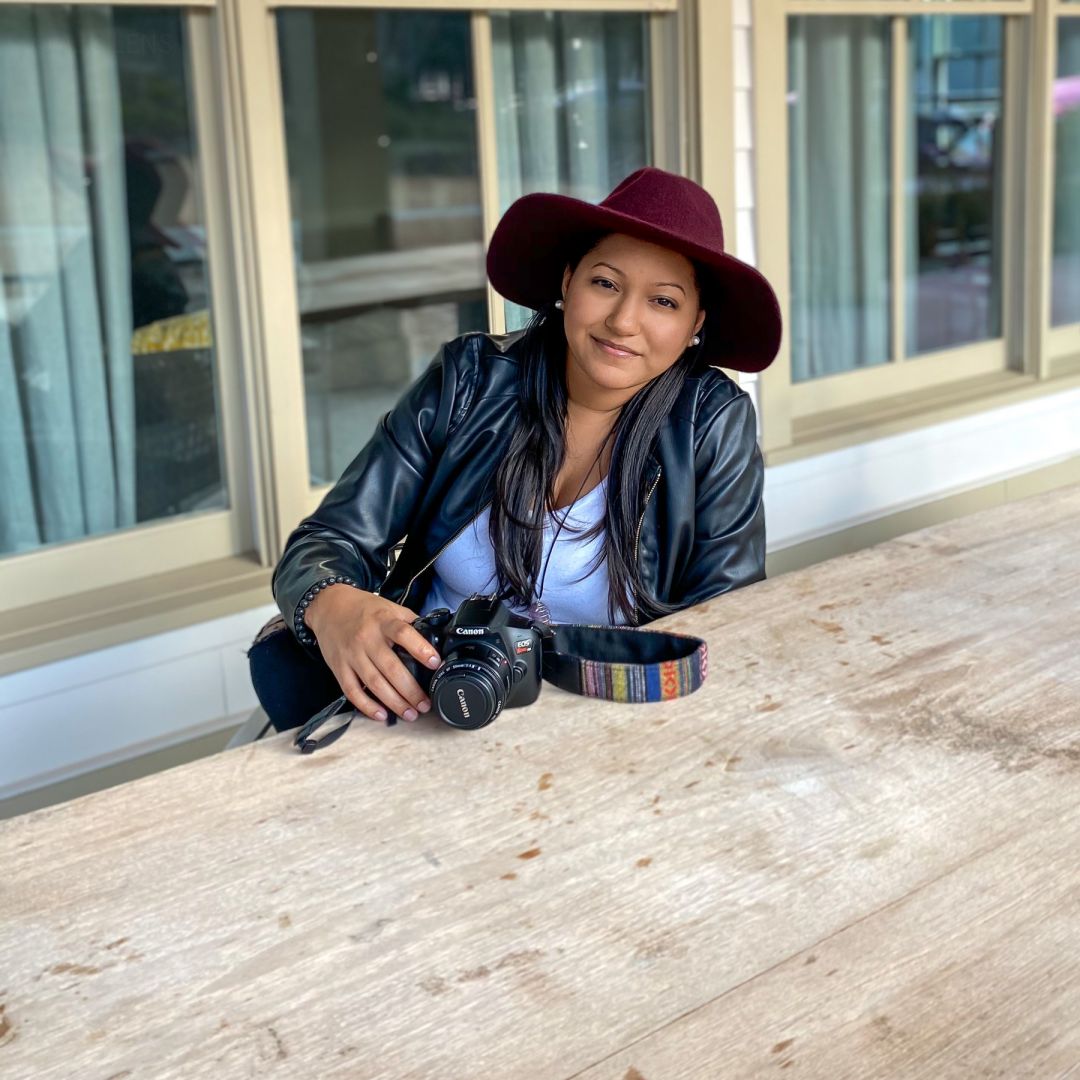 Creativity has always been in me. I will be honest I do think that earlier on in my life between navigating I life as an adult and working a 9-5 I submerged my creativity for many years out of college. Due to the wonderful advancement of technology I started to look at the world with a different eye taking pictures on my phone which led to getting a professional camera doing photography. Read more>> 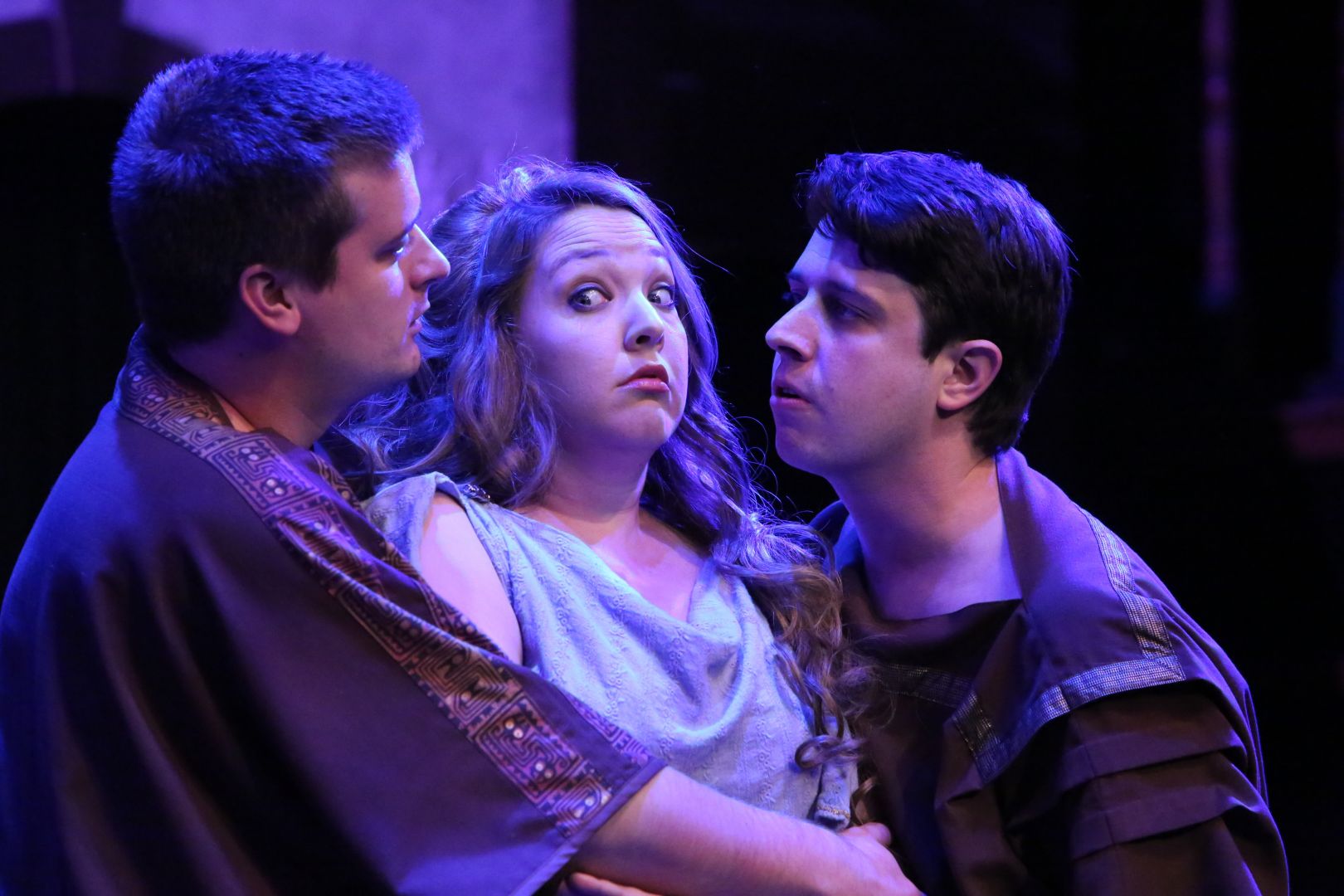 I discovered a love of singing first, participating in school choruses and show choir and my church’s praise band. Before singing, I don’t remember having an avenue to really express myself. I did sports and and excelled in school, but for the most part all of that had the theme in common of someone telling me what to do. Executing instructions correctly. There was not a lot of ‘me’ in the gym or in the classroom. Singing led to dancing and acting and even doing some opera with Huntingdon College in Alabama while I was still in high school. I know my dad would have probably rested easier at night if I had decided to be a lawyer or a college professor (like both of my parents were), but when it came to choosing a college it was music/ theatre or bust for me. And once I did my first Summer internship at Barter Theatre in Virginia… there was no going back. Being a performer and bringing stories to life was the most exhilarating way that I could imagine spending my time, and I was determined to make it my career. Read more>> 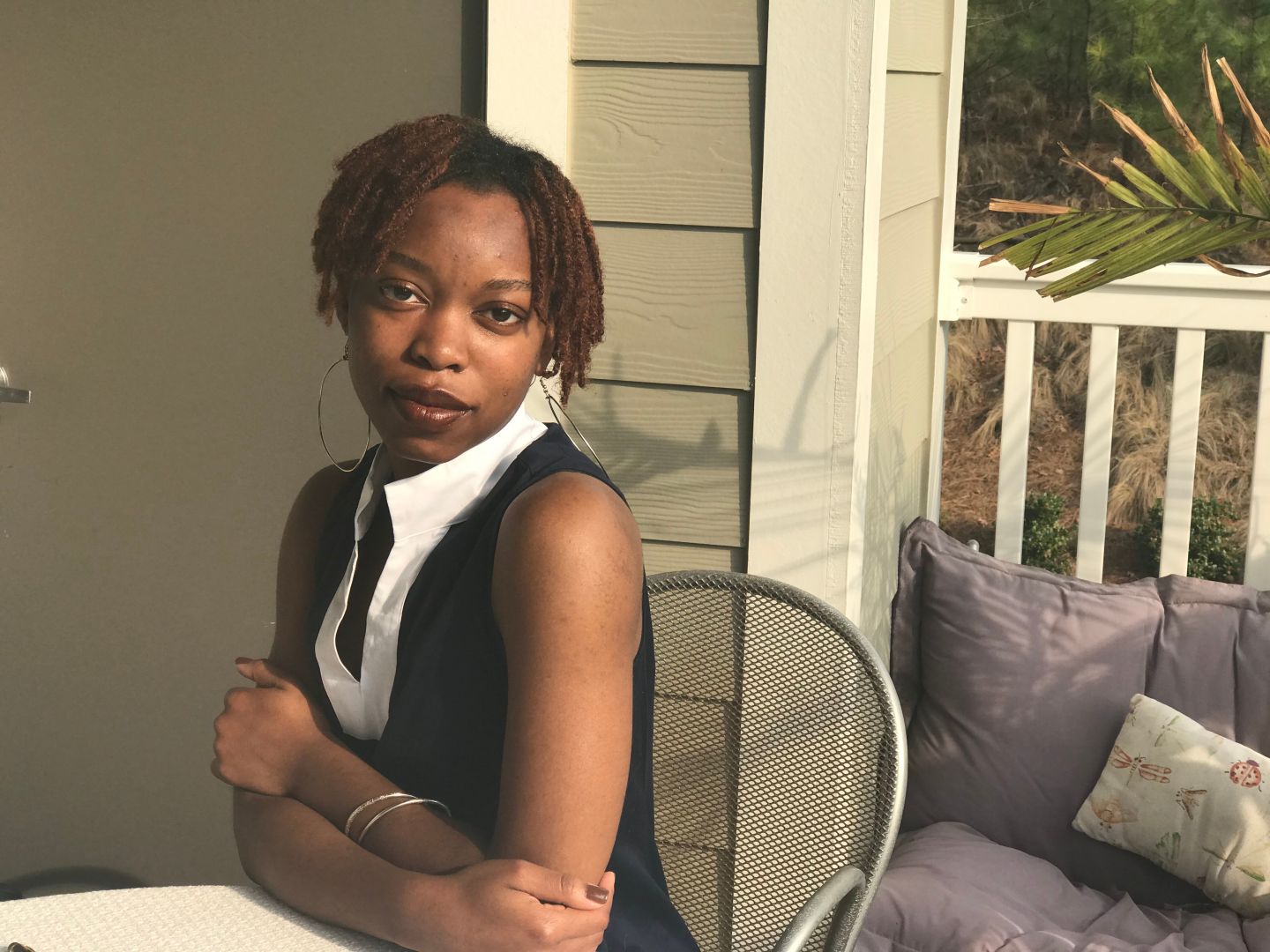 The Universe confirmed that I was meant to pursue an artistic career when I traveled to Ethiopia and Ghana in 2014. I was 17 and it was the summer before my senior year in high school and it was my first international trip. I saw firsthand how influential Western media is in its ability to shape and influence people’s perceptions of themselves, other people, and other places. The things that I saw was neither reflective of information I learned in school nor of what I saw on the news or in TV/Film. I was already very much a writer at the time and was interested in pursuing a career in either journalism or screenwriting. When I went abroad I realized that I needed to do more than just write, I needed to direct. I needed to take advantage of television and film’s powerful impact to tell stories that empowers people and encourages them to think deeply. Art is a beautiful medium that serves many purposes, and I love documentaries, television, and film. Read more>> 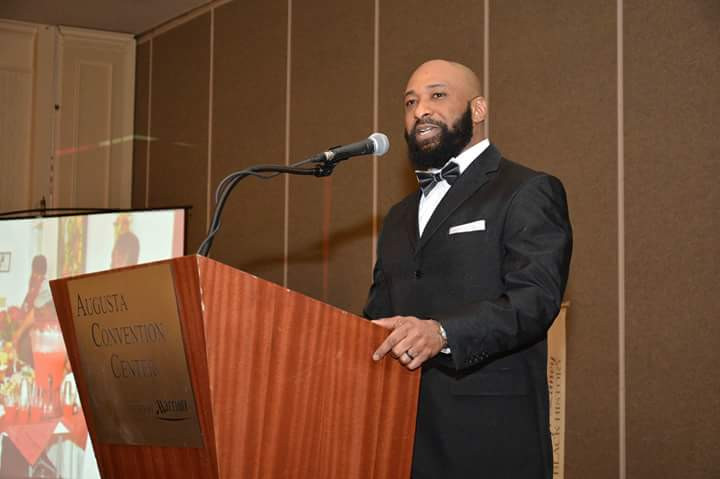 I don’t think a person decides to be an artist or a creative. I believe God chooses us to be artists and creatives. I started off drawing sketches as a young child and took art classes throughout school. I played percussion instruments and marched in my high school’s band. At the age of 27, in response to being terminated from a job in Northern Virginia, I wrote my first poem and I’ve been writing ever since. I returned to my hometown, Augusta, Ga in 1997, to find there weren’t any venues hosting poetry readings. A friend of mine allowed me to host an open-mic poetry show inside of his culture shop on Broad Street. I printed out a stack of black and white paper flyers and handed them out around town. The event was an instant success, with standing room only and people gathered on the sidewalk. This is when I knew there was a need and I can be the person that provides this service. I developed my passion into an actual business, Uprise Enterprise, in which we host and promote artistic concerts, plan events, and coordinate artist bookings. My God-given gift has also allowed me to get paid as as a poet as well as master of ceremonies. So, in response to your question, I did not choose this artistic career. The career chose me. Read more>> 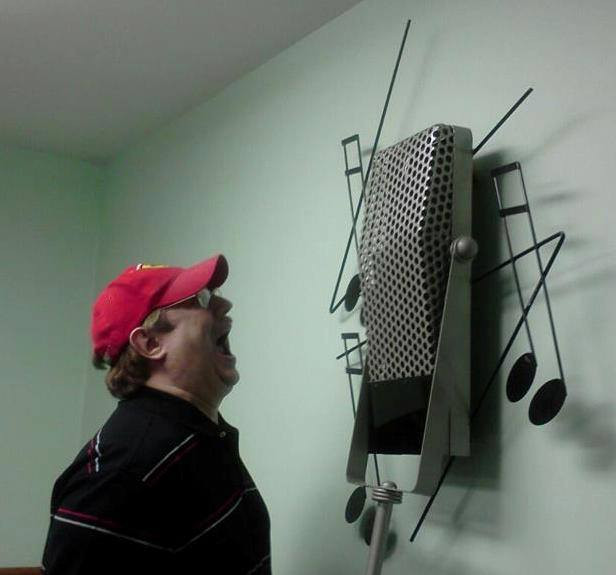 Honestly? I started life wanting to be a car mechanic, I love cars, motorcycles, racing. I realized early on that working for someone else will never get me the income I need for fun, fast cars. When I reached high school, my best friend was into cars, girls AND radio. I got “the bug’ and made a ten plus year career of being in radio. Between radio jobs, I DJ-ed at many types of nightclubs to keep me close to “today’s HITS” and keep my audio board skills sharp. My natural progression was to move full time to voice overs. I started as a freelancer and worked myself into becoming a union professional. My total VO career, including radio spans 40 years. In voice over, no two jobs are alike, I get to meet different people every day and the money is good. Once I was asked ‘why voice overs’. I looked at him, cupped my hand over one ear and with my BEST Gary Owens impersonation I exclaimed “Noooooooo heavy lifting!” We all got a laugh, but he quickly understood what I mean! Read more>> 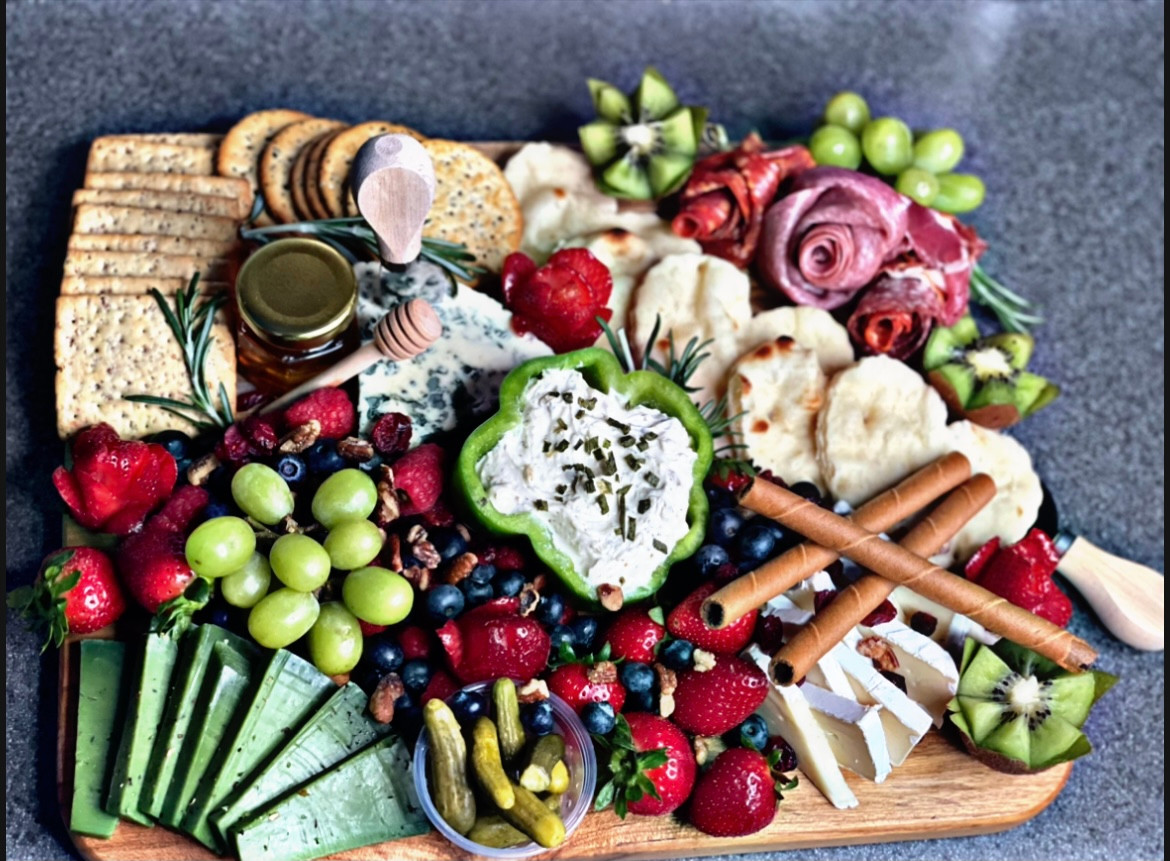 When I think back as a young child, I remember being creative in a multitude of ways. I remember the first time my mother brought home a computer. I taught her how to turn it on and she hasn’t turned it off since. She started a graphic prints and design business from home. Both of my parents worked for Ford Motor Company in the 80’s and 90’s. However, they both held on to small hustles outside of Ford. I was taught at a very young age how to work hard for others and 3 times harder for myself. A creative career came natural to me in all aspects of life. From cooking, writing poetry to designing nails. You name it, I’ve always had a eye for uniqueness. The thing about being artistic is that there’s no limit on exceling. Once the creativity sets in, my mind continues to rotate making it unique in my own special way. Read more>>