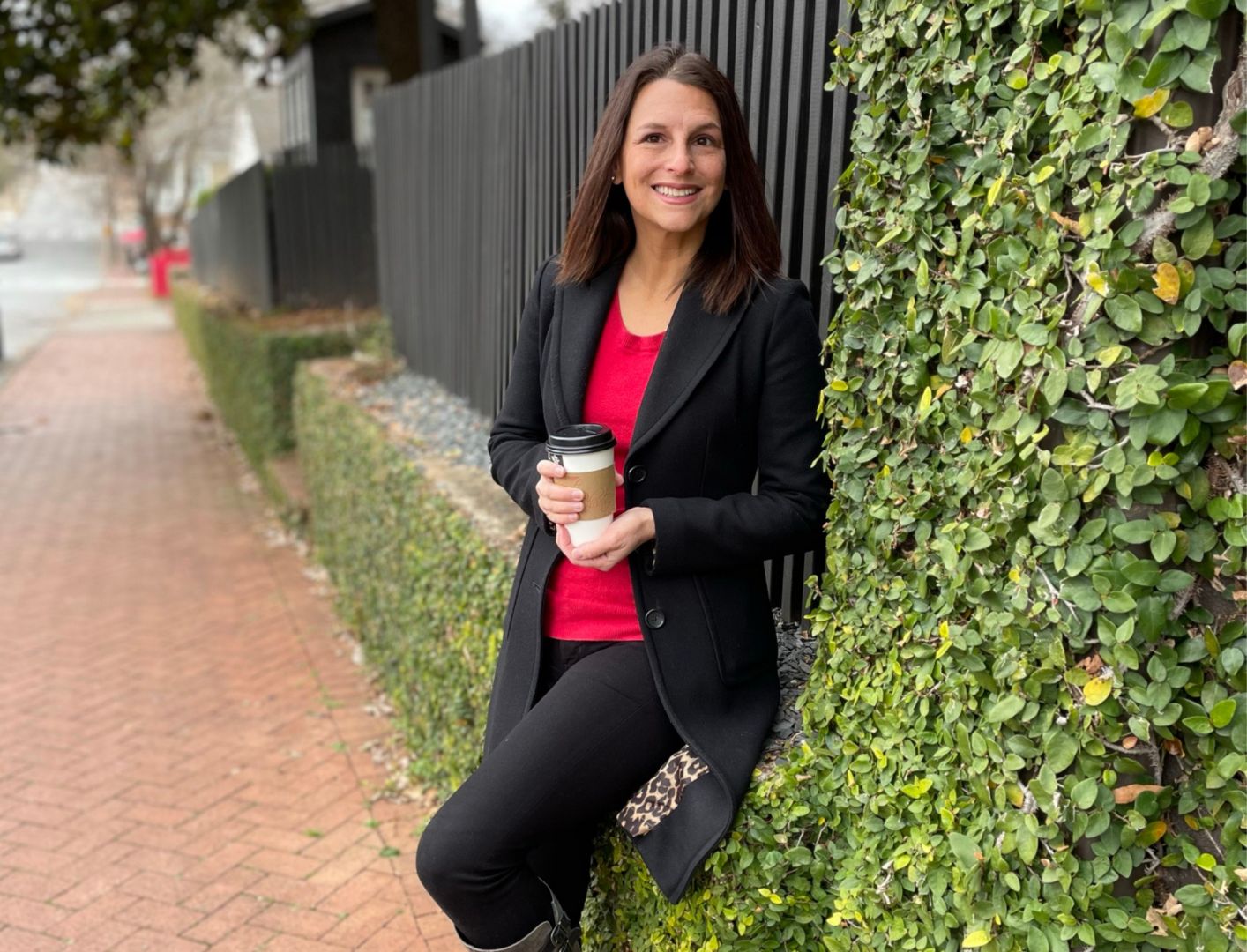 I grew up mostly in New Jersey, close to NYC, but as a child my family made an international move and I got to spend 4 years in Paris, France. The relocation presented us with both challenges and amazing opportunities. We got to experience a different culture, travel, and also settle into a new environment and make it our home. Looking back on it now with children of my own, I realize what a leap my parents took to move to a foreign country where neither of them spoke the language with three elementary-school-aged children. I’m so glad they did because it was an experience that shaped us all during those impressionable years. During our time abroad I got to see my mom reinvent her career after being the trailing spouse who moved for her husband’s job. Years later, I was in the same position when a job opportunity for my husband moved our family to Atlanta. Although I spent many years in marketing for luxury brands and e-commerce businesses, I pivoted my career into real estate and this is the job where I feel most at home. Read more>>

Kimberly Miller | A Chalk Artist and A Creative 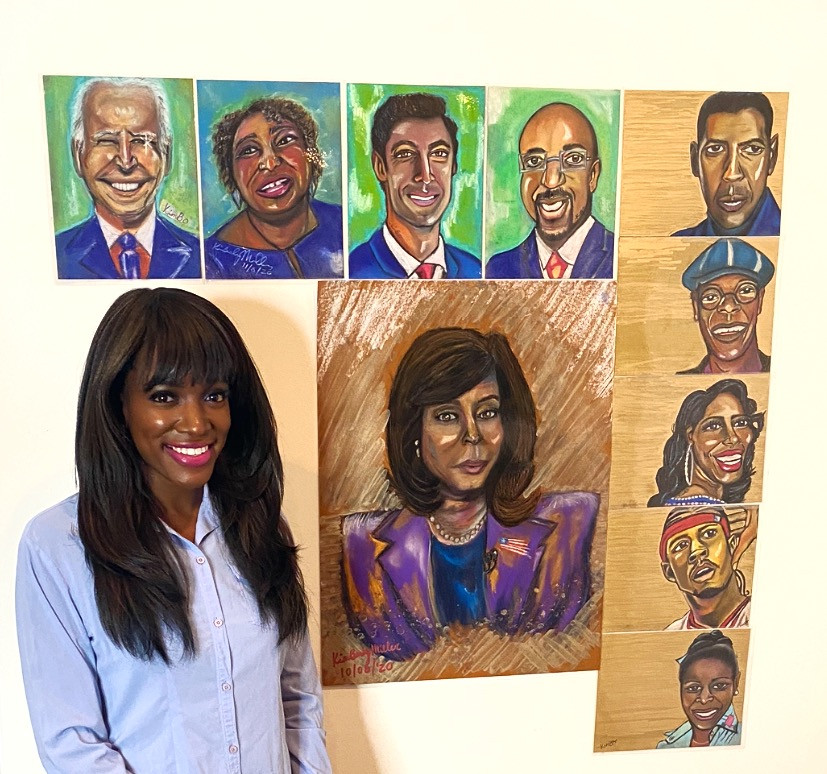 I am from Stone Mountain Georgia, however as a multicultural woman 3 countries have an influential impact on who I’ve become; Jamaica, America, and England. In demeanor I carry the bold proud presence of a Jamaican woman. Driven and hard working. Inevitably developed from my Nan and Mother. In spirit I move as an American, in taking looping inspiration from the many Greats that have amounted successes in the opportune country. In heart, home resides in England where family resides and love is felt. Read more>> 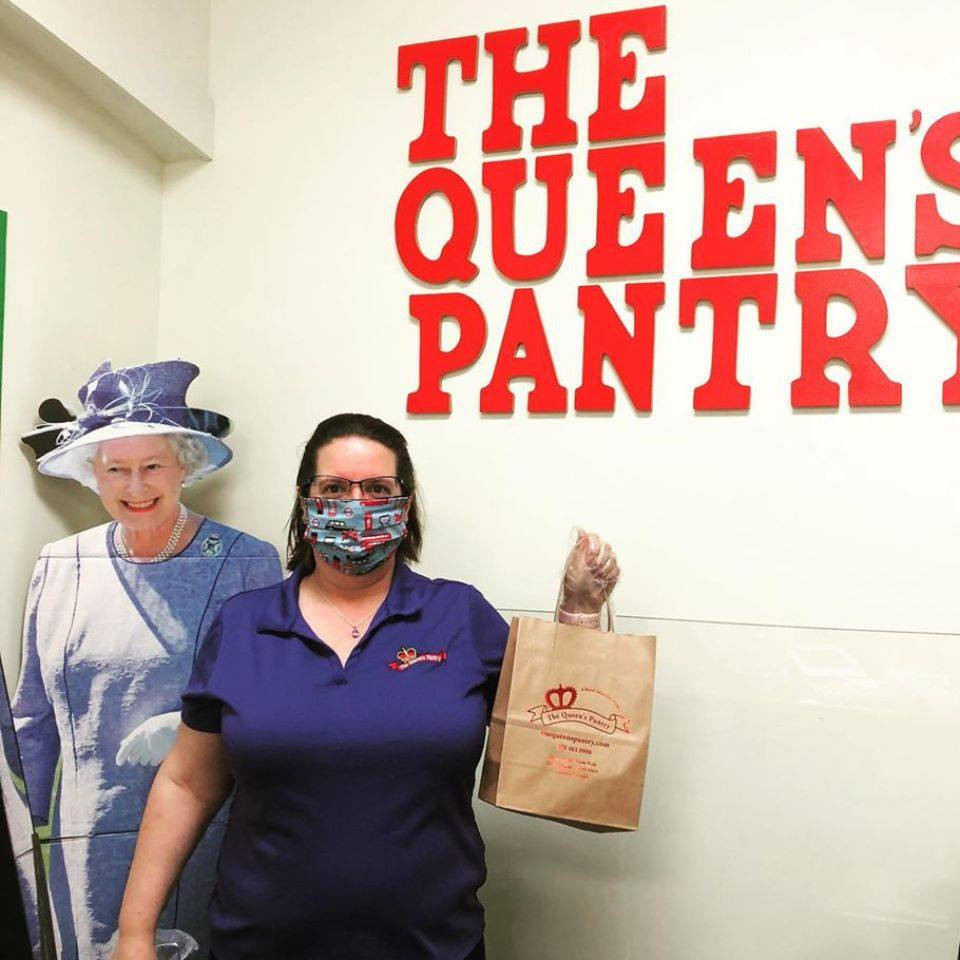 I’m from a town called Royal Leamington Spa, which is in the centre of England, about 10 miles from William Shakespeare’s Stratford Upon Avon. It is a very beautiful town, with links to King George VI and Queen Victoria. I grew up with 3 brothers and 1 sister, so family is very important to me. The house was always busy with people, with friends coming and going, so that’s where I get my social side from, interacting and loving being around people. Read more>> 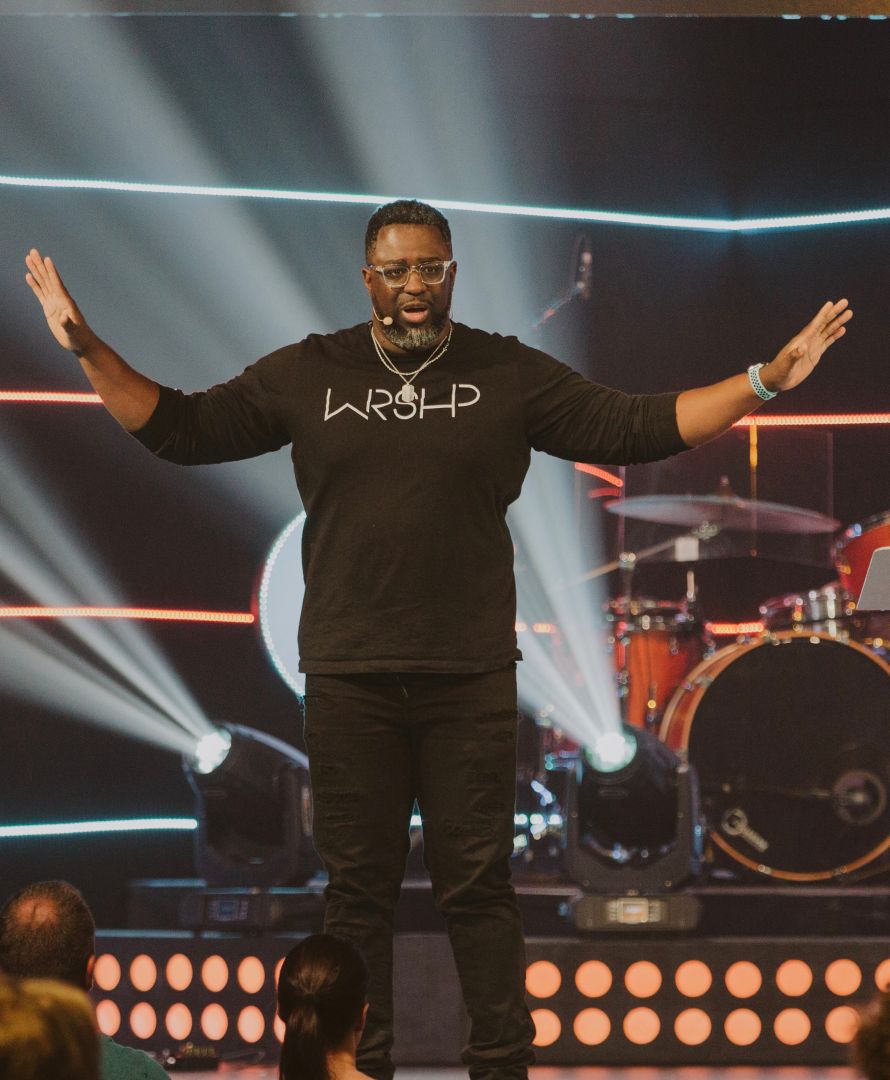 I was raised in a military family so my family moved quite a bit growing up. I was born in Texas and our family eventually returned to Texas when my father retired from the Army. So if I have to say where I’m from it would be El Paso, Tx. That’s where I finished high school. In addition to being a military man my father was also a minister. Both he and my mother were pillars in the faith community. This has a great influence on me growing up because I learned from an early age from both the military and the ministry the importance of giving my life to something greater than me. I learned as a child that we all have a purpose in life. Read more>> 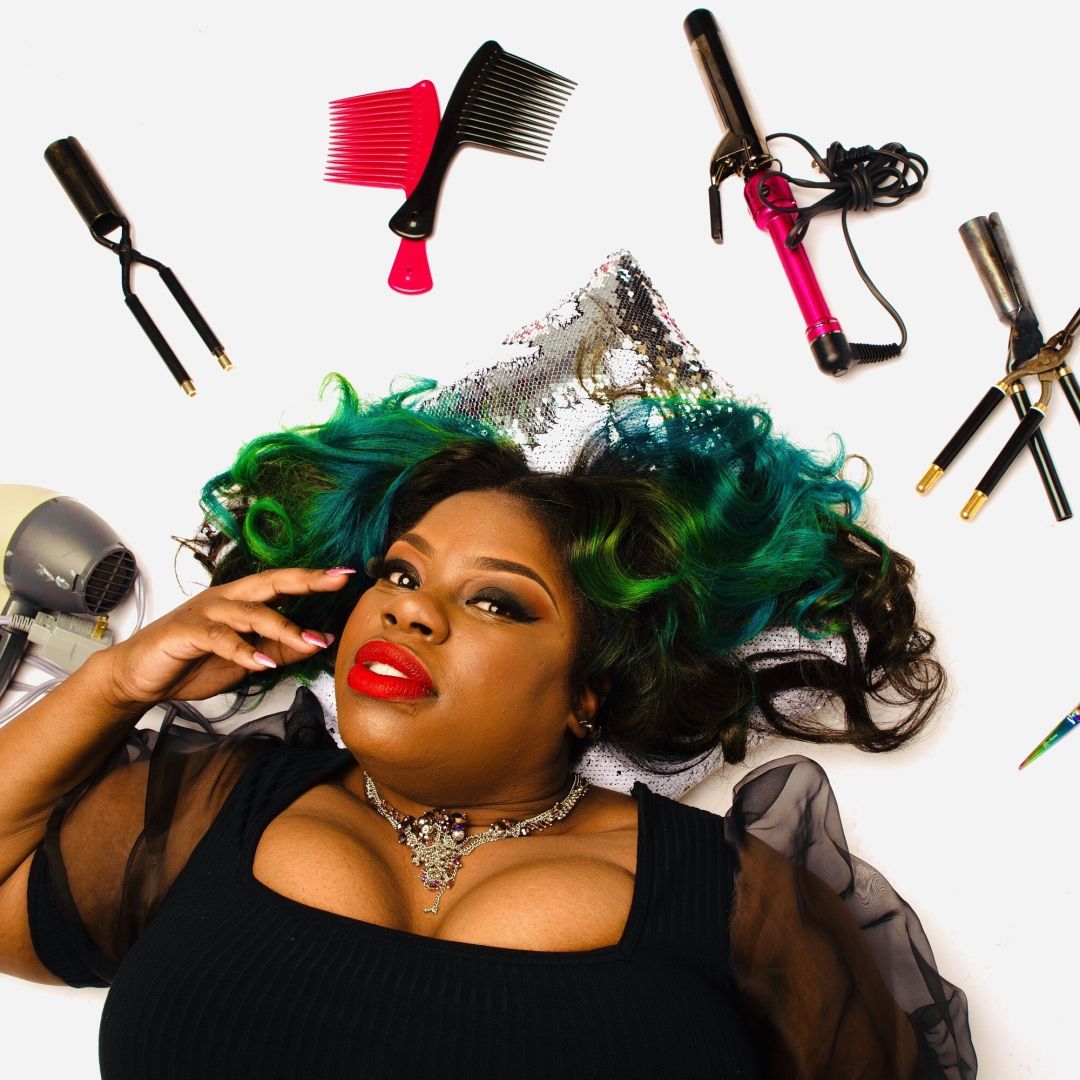 I’m from Decatur, Stone Mountain, Rex, and Ellenwood Georgia. Going up as the only child with 1 deceased parent and being raised by my grandparents my life seemed good to others. I learned the value of family, cooking, having a HOME not just somewhere to stay. At a young age I learned how to adapt to change, living with a smile on my face and never saying something is a mistake it’s a lesson learned. I can jumgle.many things but I have learned it’s ok to say NO and to take a break every now and again. Today I am a Wife,mother, mentor, businesswoman, Licensed Master Cosmetologist. Read more>> 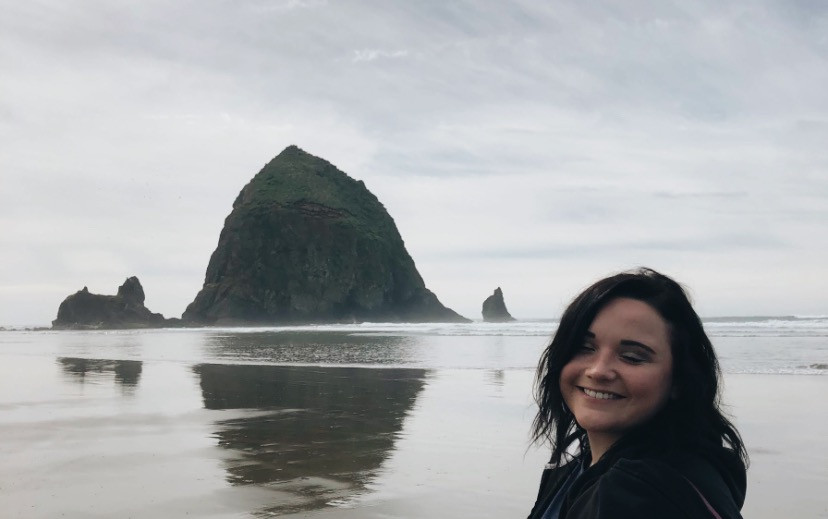 I am from Lawrenceville, Georgia. This is gonna sound irrelevant but stay with me because it was a domino effect. When I was young, I played soccer from 4 years old to 14 years old. It was my entire life, built a semblance of a future in soccer. Then I got two fractures in my spinal cord during a game. I stopped playing soccer because I physically couldn’t anymore. Furthermore, I got prescribed pain killers and I found a new vice to build a future around. So, before my battle with addiction started, I was always a feminist. My mom instilled that in me, and I knew that I could do anything if it were important enough to me in my heart of hearts. I did not question my abilities to succeed. It was a matter of deciding what I wanted to succeed in. I choose to succeed in becoming a full-blown heroin addict by the age of 17 and a full-time sex worker by the age of 19. I thought that this would be my life for a long time, and I had accepted it, but you get exhausted, and I finally got exhausted around 21 years old. When I got exhausted, my addictive personality and my need for vice were still there. Read more>> 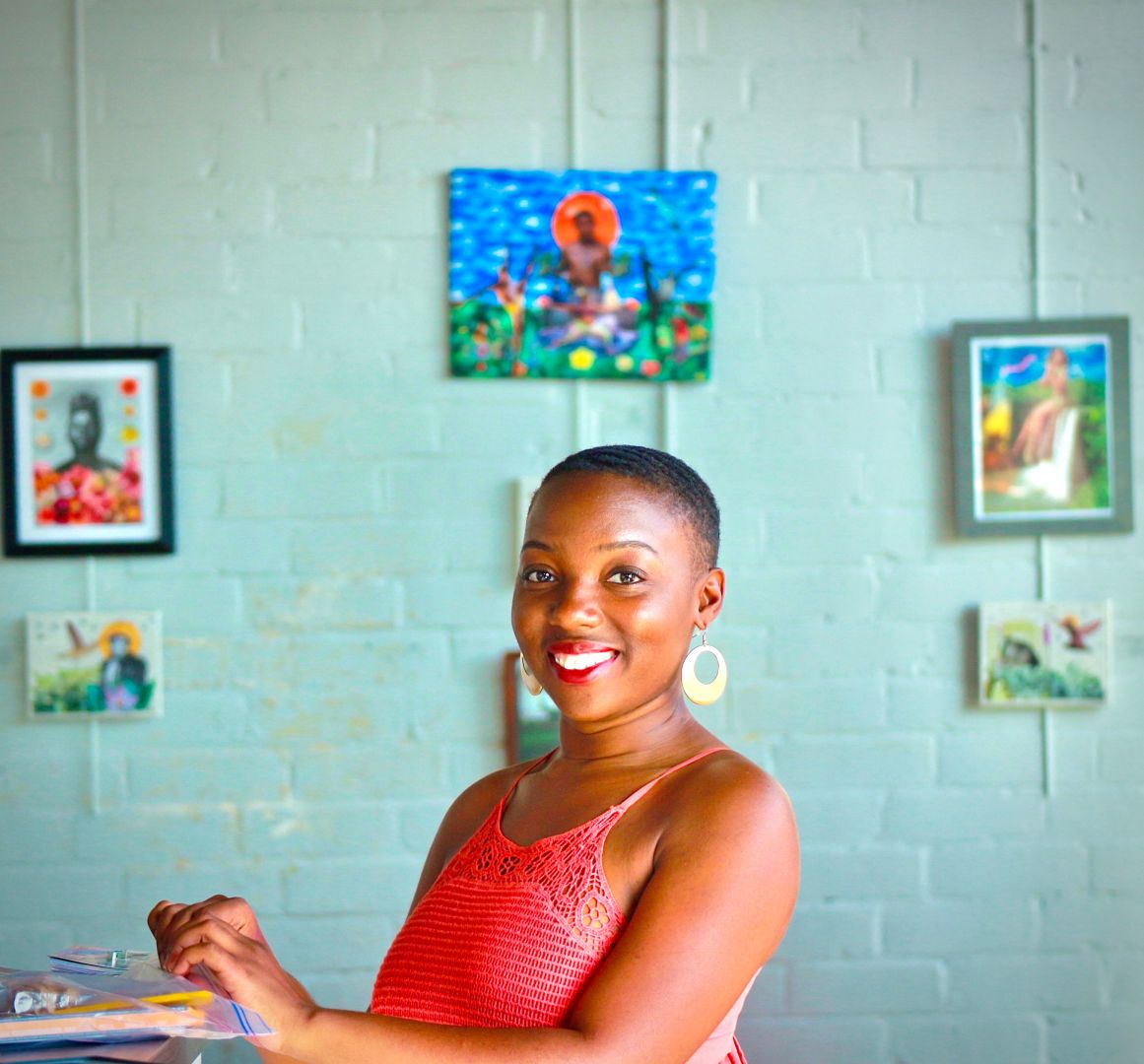 I draw my creative inspiration from a plethora of sources, many in my very own back yard. I credit my writing and storytelling abilities to decades of listening to my family share oral histories and anecdotes of yesteryear. Having spent so much time enthralled by the way they become so animated and passionate in the way they share these stories, I channel that passion in my own work. Furthermore, my journey as a collage artist grew out of my childhood obsession with paper dolls and my sudden desire to tell stories through the visual arts as well. It’s through this form of visual storytelling that I’ve gained the most traction as a creative thus far. Having received early confirmation that collage art will be a permanent fixture in my life through a commission from O, the Oprah Magazine in 2017, I’ve grown to take my artistry more seriously while also staying true to the influence from my family that inspired my creativity in the first place. Read more>> 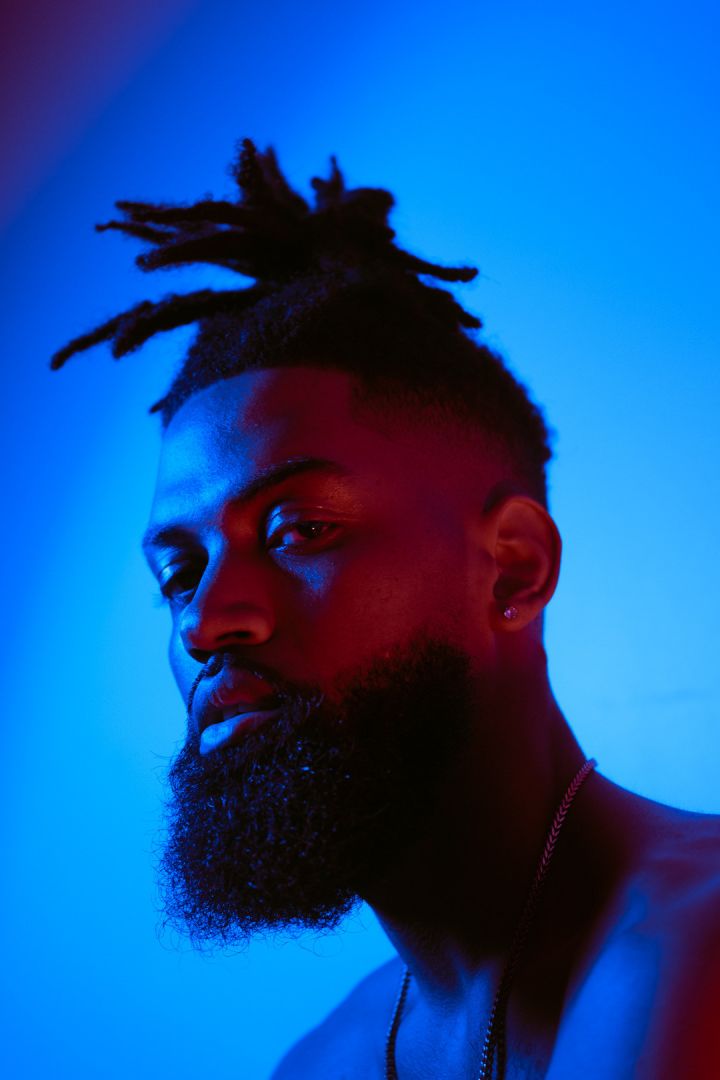 I’m from Sandersville, Ga in Washington County. It’s a small town in middle Georgia. I was raised by women so that had a huge impact on my upbringing. I experienced my mom raising three children as a single mom while working 2 to 3 jobs. That in itself gave me enough strength to say, “no matter how hard things get for me, I’m going to find a way to make the best out of the cards I’m dealt.” My grandma molded me though. I learned what responsibility meant first hand and to stand by what I said when I said I was going to do something. She leads by example and I took that from her 100%. Read more>>

How do you think about work life balance?