We asked some of the most creative folks we know to open up to us about why they chose a creative career path. Check out their responses below. 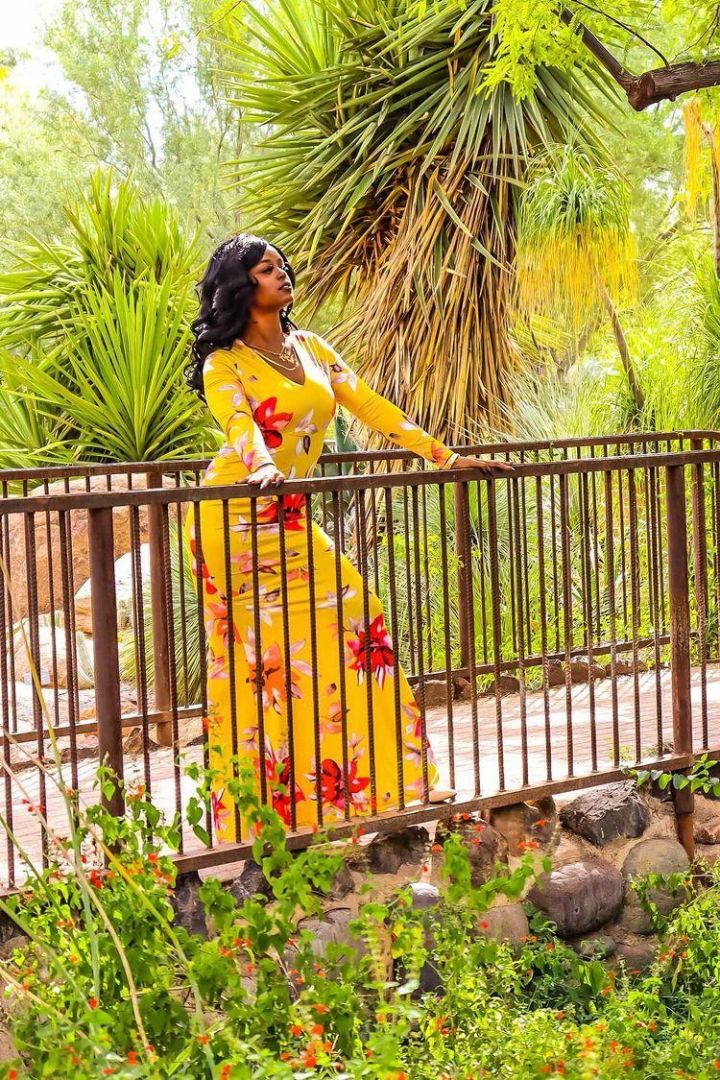 The first time i said i wanted to be a model was about 8 years old. I was walking with my grandma and a modeling scout agency introduced themselves and asked to work with me. I never thought about what i wanted to be until that moment. After that day any chance i could watch pageants or fashion shows i was glued to the TV. Walking back and fourth in my grandmothers shoes imagining i was on that runway. Now as i got older i also became a cheerleader and step team captain. Now dance is another one of my passions so i kind of put modeling on hold in middle school but still attended a couple of fashion shows. At this time also becoming a young woman i was still considering all options and trying to make sure i go for my true calling . Everyone always told me to choose something you love because you will enjoy the hard work it takes. Read more>> 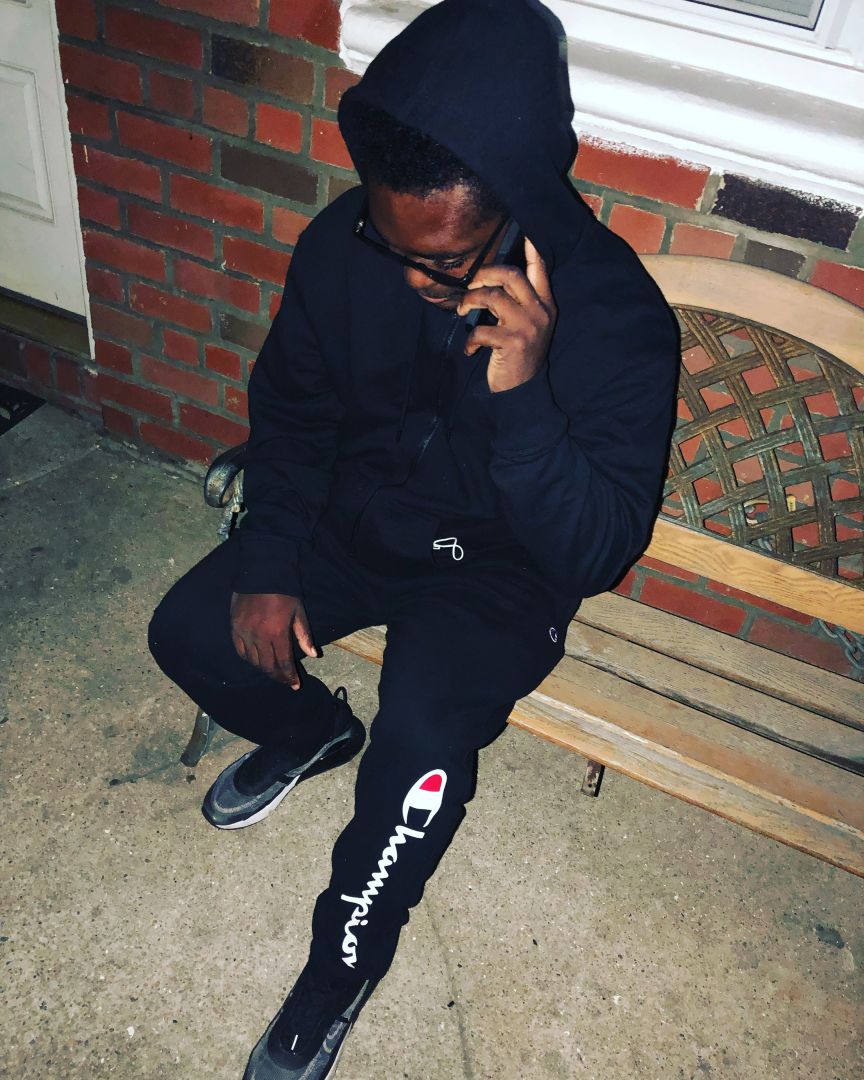 I started my Musical career as a way to express myself. I love Music in general but it was a way to not go to the streets as a kid.. I played the drums and piano in my church growing up so I wanted to transfer that energy into a full career. I never wanted to be in the spotlight as a rapper so I decided producing was a way to express my musical talent with the world without the worry of the negative energy of being a rapper. I know that this is something I wanted to do this full time and to do it is a blessing. Read more>> 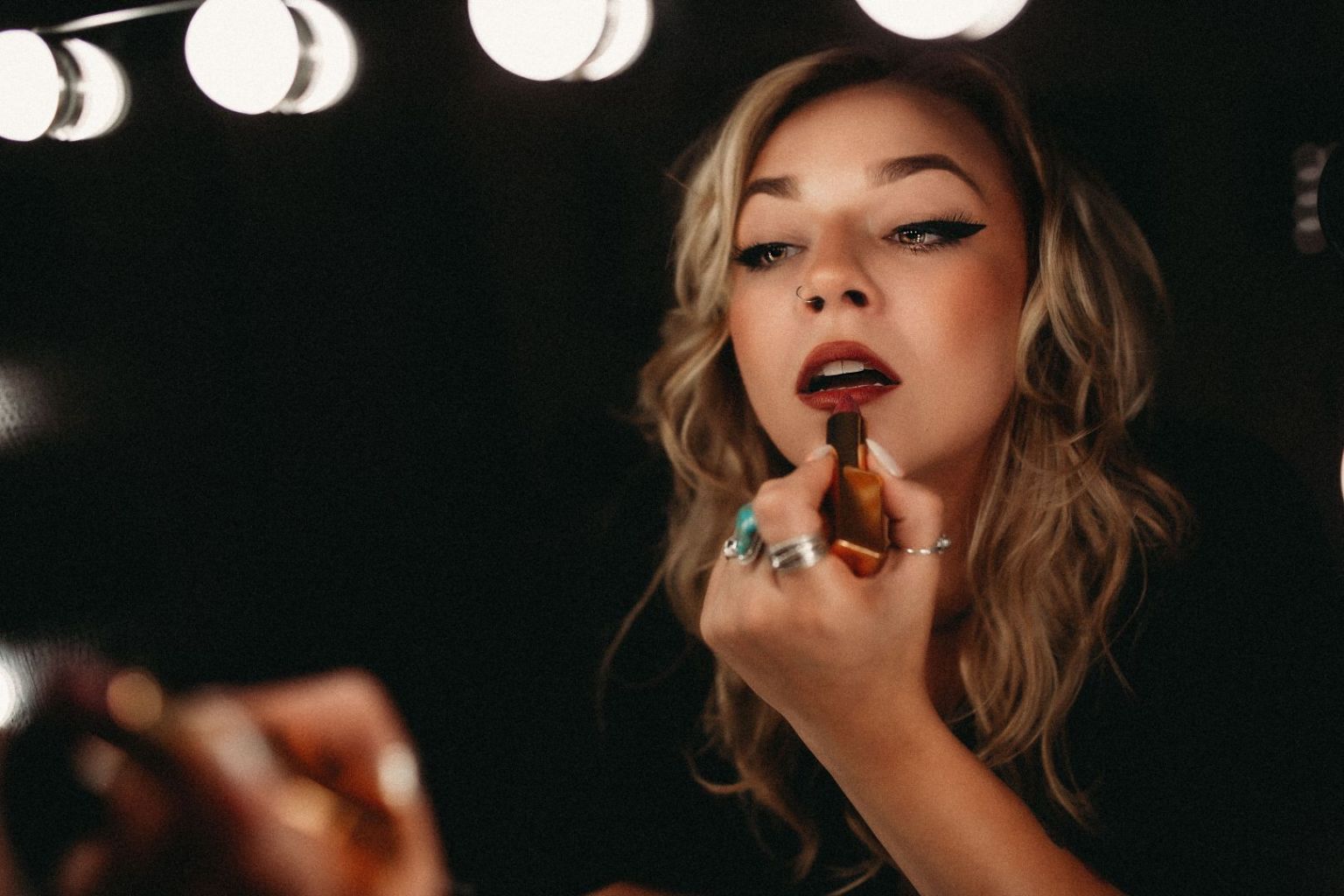 The first time I ever put makeup on someone else was their wedding day. I had no clue what I was doing, yet when I handed her the mirror and I saw her eyes light up exuding confidence, I was hooked. I knew that I wanted to make people feel good about themselves through a creative outlet, and from that day forward I started practicing on anyone who would let me. Overtime, now 12 years later, I have become so comfortable being creative for people. My favorite clients are the ones who have no preference and allow me to create something unique for them. I pay attention to every detail that can make their experience special; even down to their anatomy. Read more>> 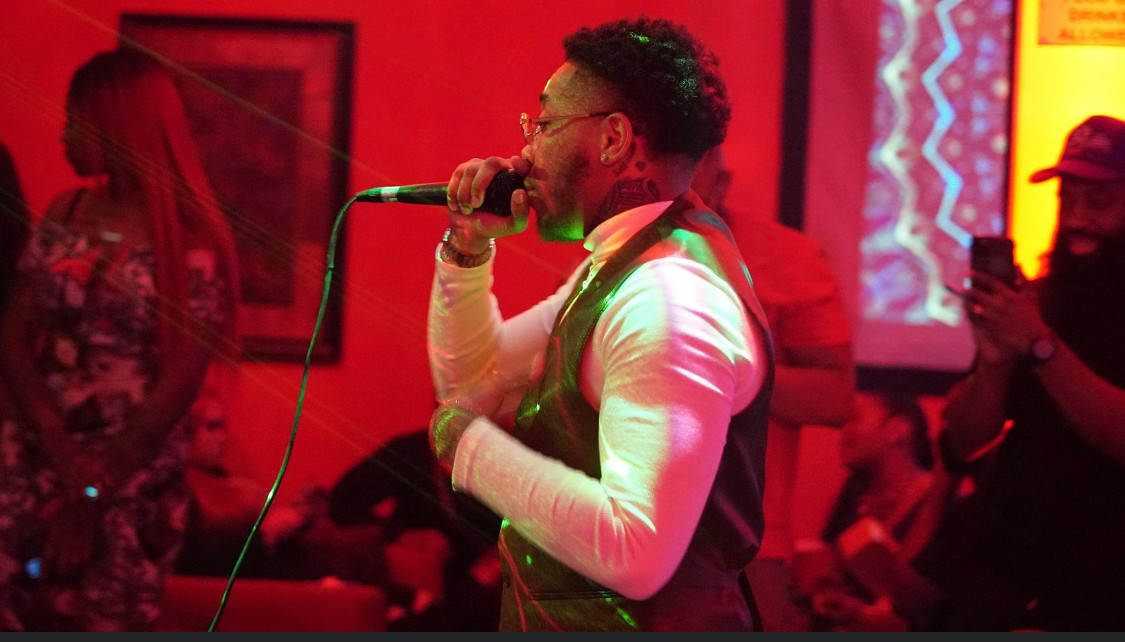 I pursued an artistic career because I felt like growing up I was nothing without art. I’m a very outgoing , goofy & energetic type of person. Especially when I was younger , my mom would always tell me “You would make a great actor.” I would easily mimic anything I saw whether it was dancing , a voice impression, or singing, etc. Art is the best way for me to express who I am as a person and I feel like everyone has that one thing that allows them to feel safe & open. Being an artist does that for me. Read more>> 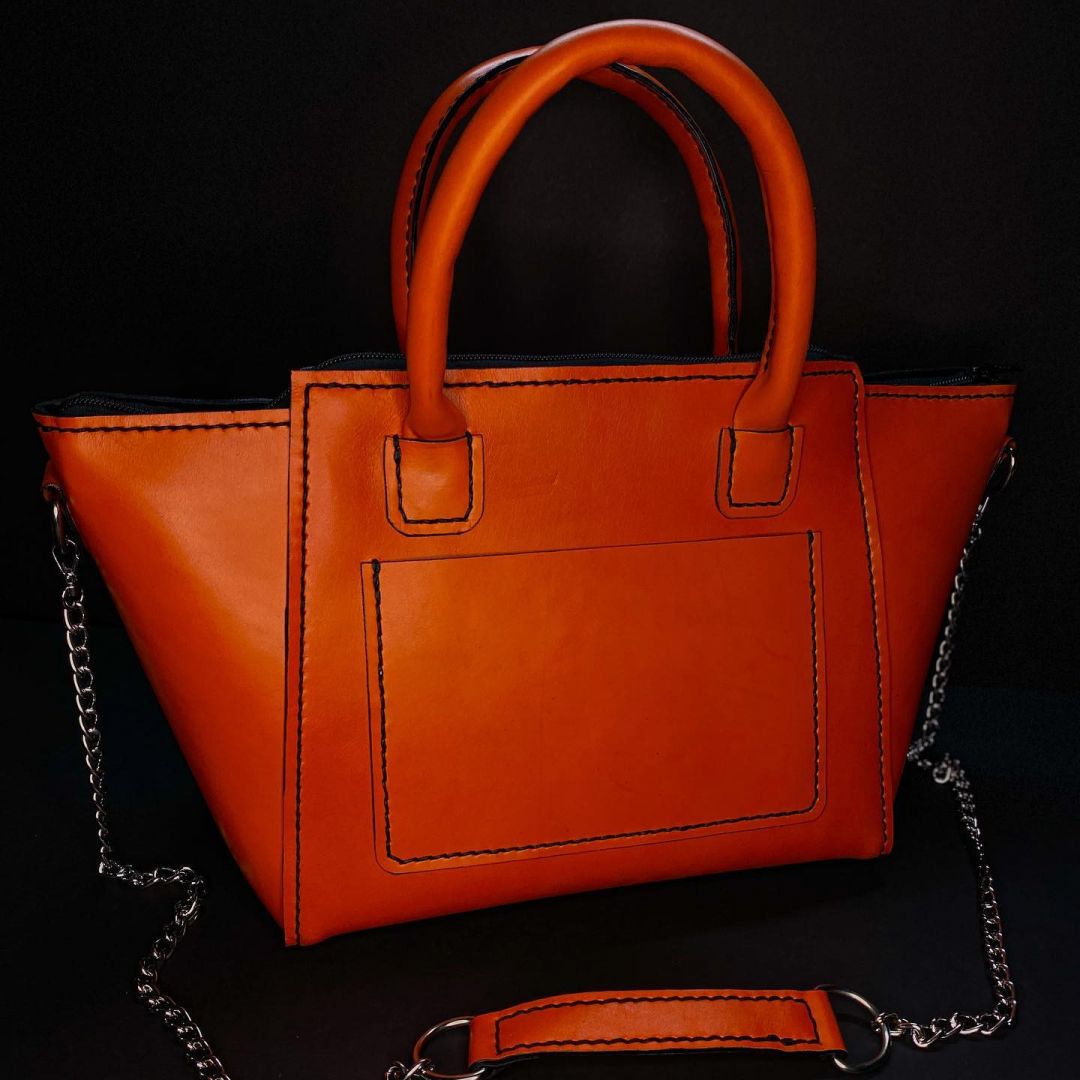 I have always been a creative person as long as I can remember. I’m not sure if I can even consider this a conscious career choice as much as it is just how I operate. I’m always fascinated by the design and creation of things. Read more>> 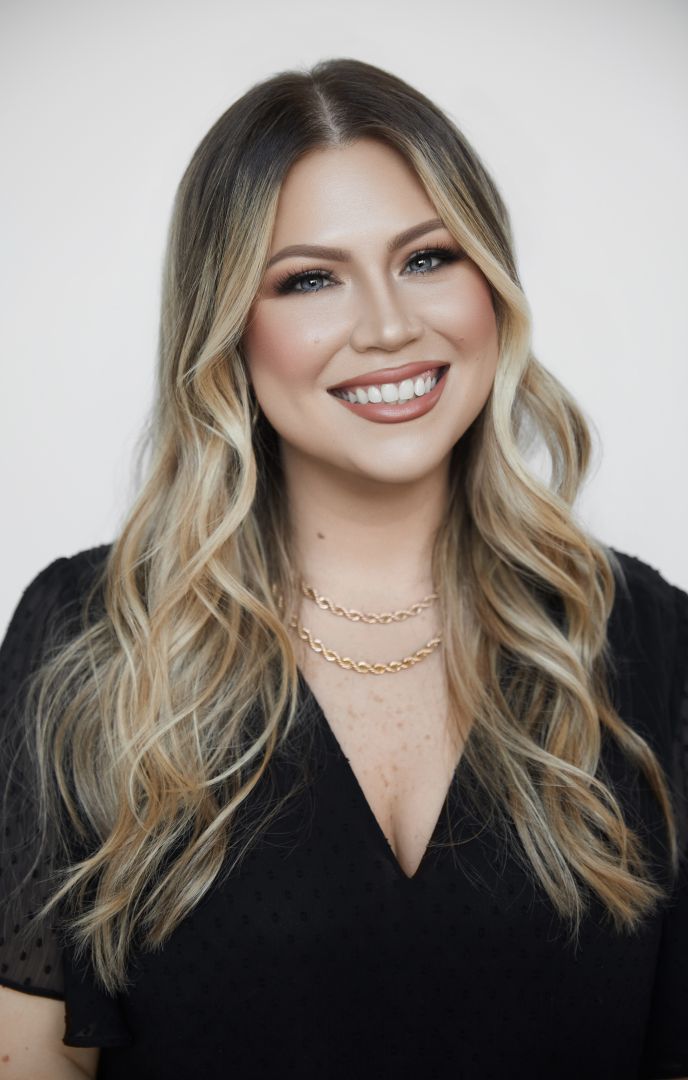 I’ve always had a knack and natural talent for all things beauty related. I would flip through fashion magazines when I was young and would always dream about what it would be like to create something you would see in these magazines! This fascination bled into my life and I began by sitting in front of my mirror for hours just playing around with the cheap multi-level box makeup that we used to give/get as gifts 20 or so years ago. I would also always try fun new hairstyles, especially when butterfly clips were popular growing up! Read more>> 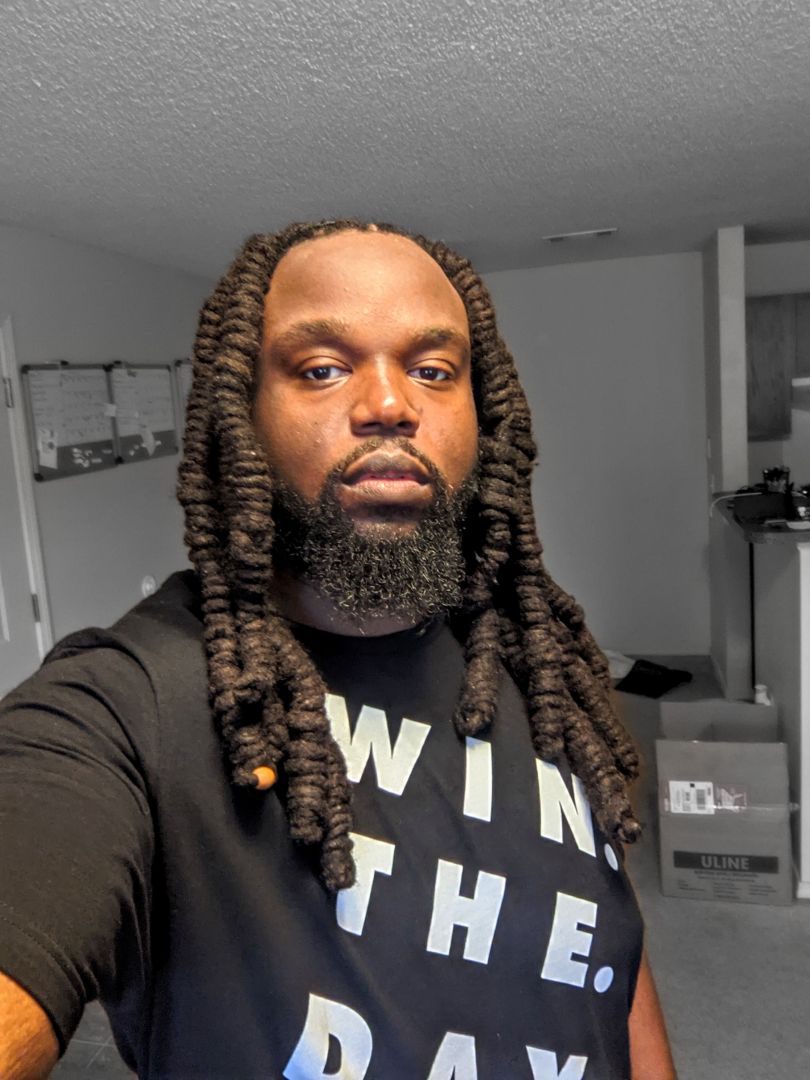 I had no clue what I was doing in 2016 when I established this Syrup thang. I just wanted to be free and make a living from creativity. I had moved from Alabama to Texas in 2015, and was fresh on Instagram. Through scrolling the digital art scene, I was exposed to creative people, who looked like me, and were killing it! They had beautiful families, flourishing careers, travel, the whole shebang! I was in! I could draw but I quickly realized I had developed some terrible habits and had to humble myself to learn the fundamentals: shadow, light, gesture and the boogie man, ANATOMY! I had also seen the hardships that come with following any kind of passion, but no risk no reward, right? Read more>> 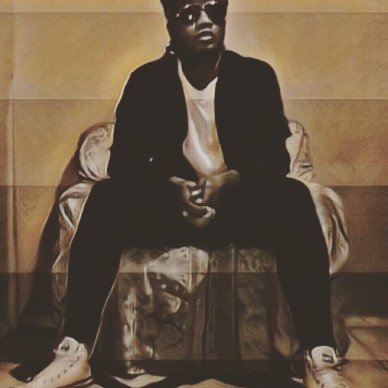 Music is art and honestly o don’t know how the world would have been without music. Ive been an artist (rapper Singer) since i was 6 years old and music is The Love of my life . And being creative innovative is what i do Best Read more>> 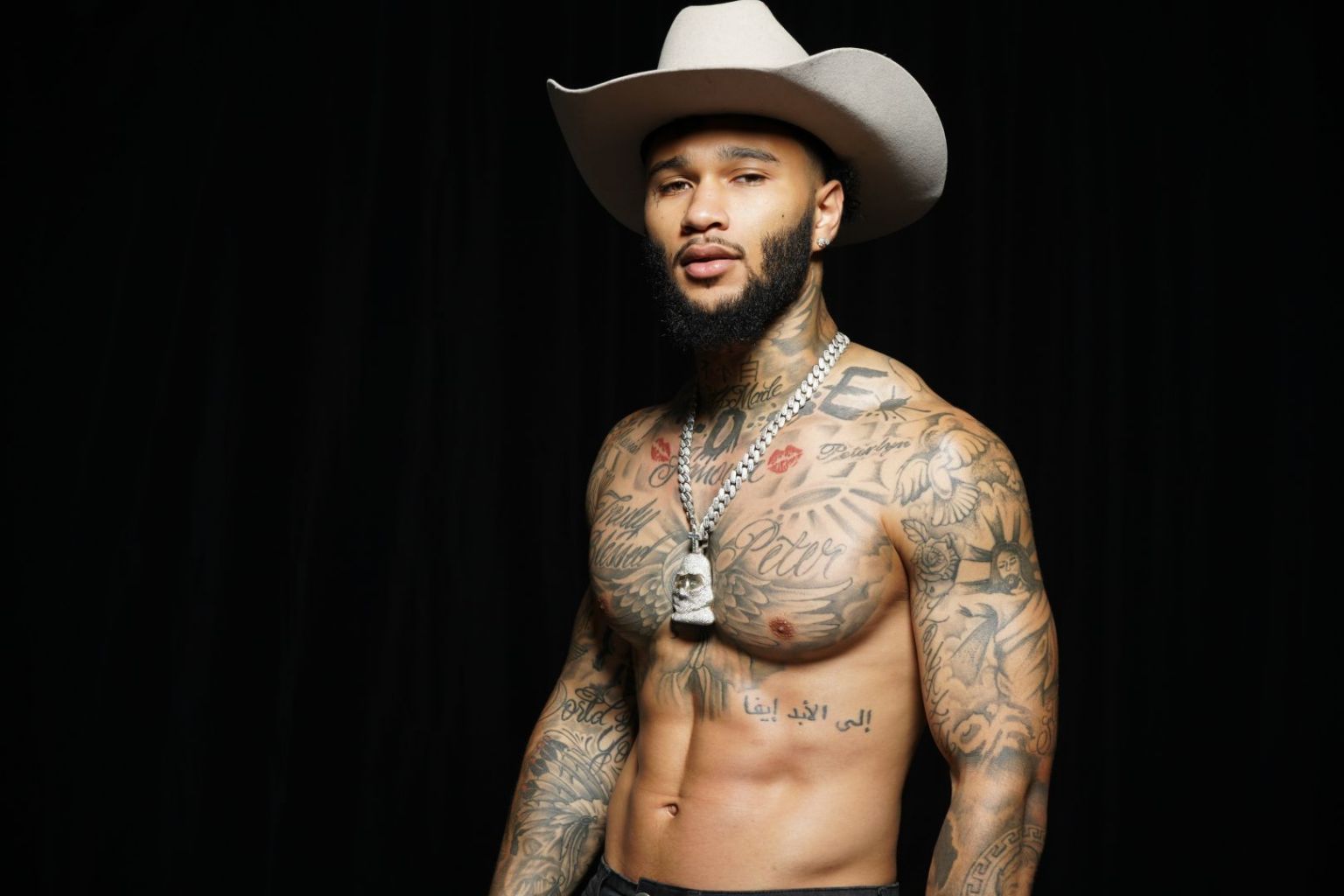 Growing up I knew I was destined for greatness. It’s a feeling God gives you before you’re even born, you just have to tap into yourself. In high school I was basically young man, around kids. I grew up and came up fast. Sitting in class felt like it was holding me back, I was already making money and moves outside of school, I knew a class or teacher couldn’t tell me what I’m going to be, when I have all the tools/ talents to be whatever I want to be. So I took a leap of faith and decided to chase my dreams instead of the norm, college, military etc. Read more>> 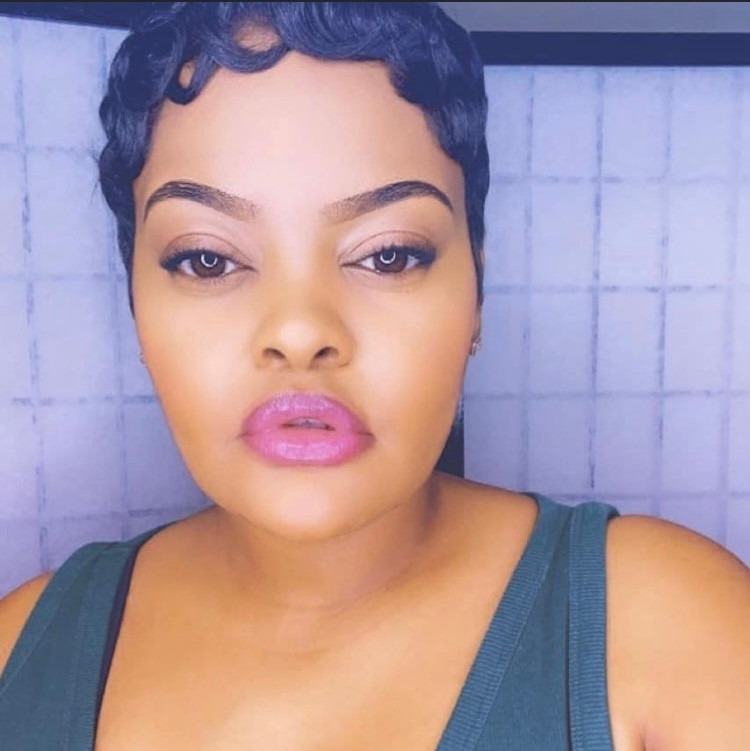 I didn’t set out to be a beauty professional or PMU artist. I stumbled upon it. Prior to this, I was a pharmacy technician, for over 10 years. I also became a web developer. But nothing brought me more joy than “playing” in makeup. I used to do my makeup, just to sit around the house. It was a passion of mine, but only a hobby. Eventually, people began asking me if I would do their makeup or their brows. That was the most intimidating thing to me, at that time, because I didn’t feel qualified. So I decided that I would take a course to become a certified MUA. To be honest, the course was just to make me feel more confident, as an artist. A few years after completing that training, I stumbled upon a video about permanent makeup. Read more>> 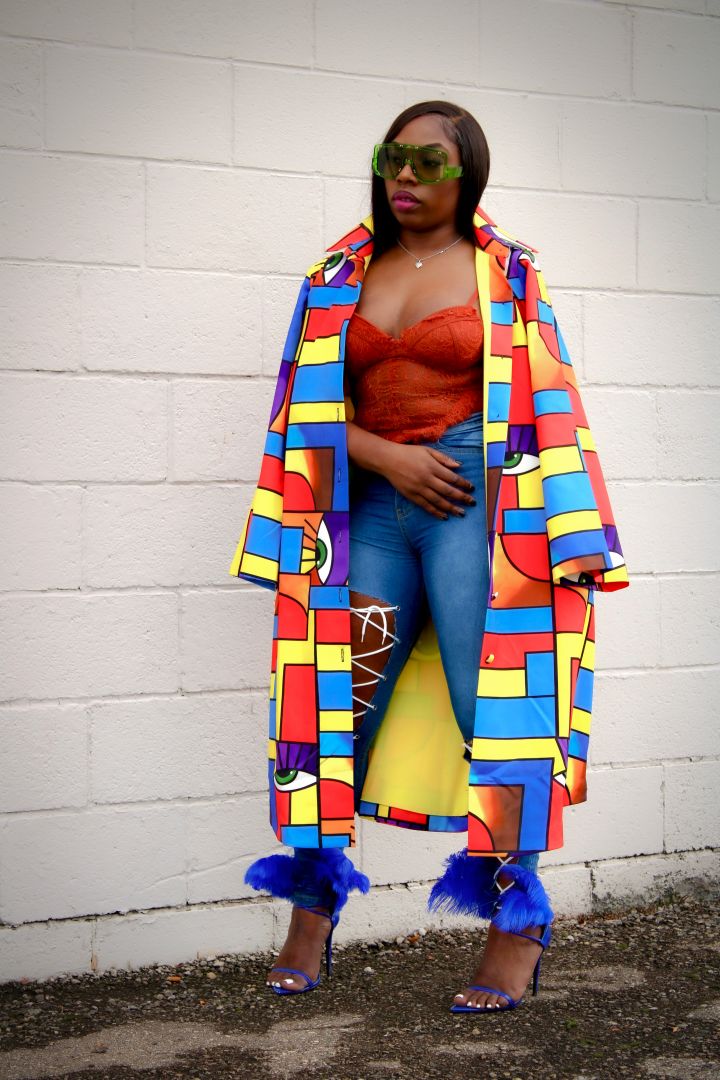 I grew up around fashion. Michigan is known for having that fashion statement known! I love it ! Since i was young i couldn’t think of a better lifestyle than this one! I cant wait for what’s instored for me that i create and vision a lot of things to help market and brand my business ! Everyday i write in my notebook about what i want to create that week and i use that to make content on social media ! It has helped me to grow mentally, spiritually and emotionally and taught me that whatever i sow my seed in that it will grow and bloom. I just started and I’m ready to take off to become that fashion brand on the block Read more>> 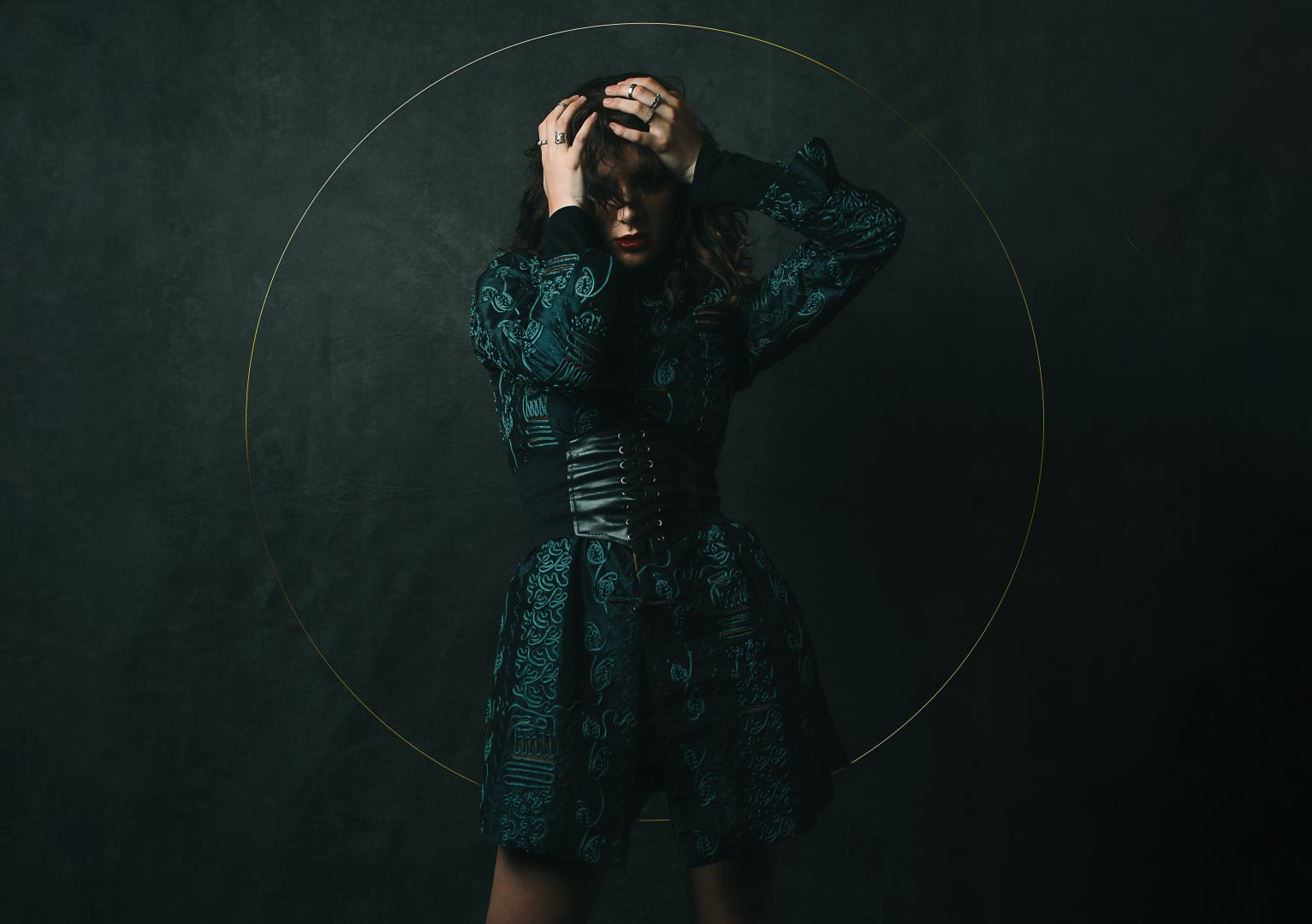 I’ve been involved in a lot of creative industries at this point. I started out as a model and actor, and when that became too draining, I became a photographer and media manager. I now write and produce music, as well as manage all kinds of artists, which I have found to be most rewarding. Out of these artists I have worked with, and the ones I have worked alongside, I’ve come to the conclusion that, unless you’re already a very rich person, people go into the arts because they simply have to. No other career seems to fulfill them as much, some burning part of their brain tells them that creating art is the most vital part of their existence, and it’s the same for me. Read more>> 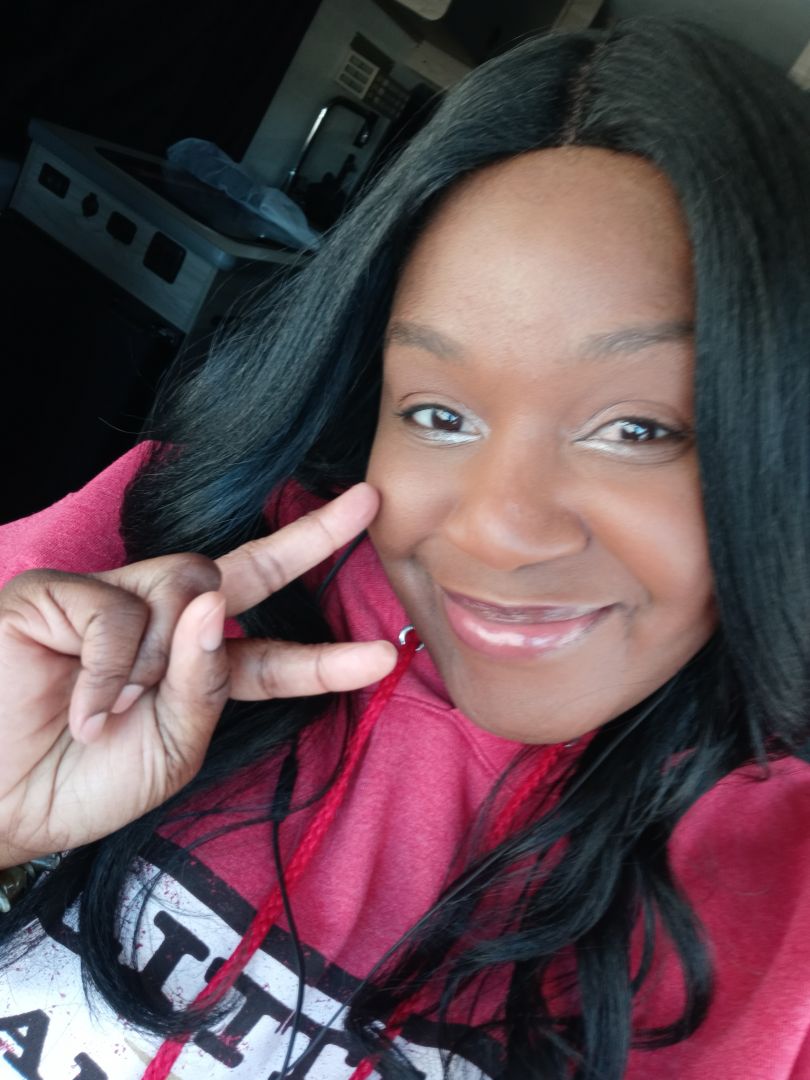 Growing up I was encouraged to use my imagination. I had paper dolls, connect the dots, dress up, and my third grade teacher would read to the class. My grandmother also taught my brother and I to take care of the elders because they took care of us, so I like to bring smiles to the people I encounter. Read more>> 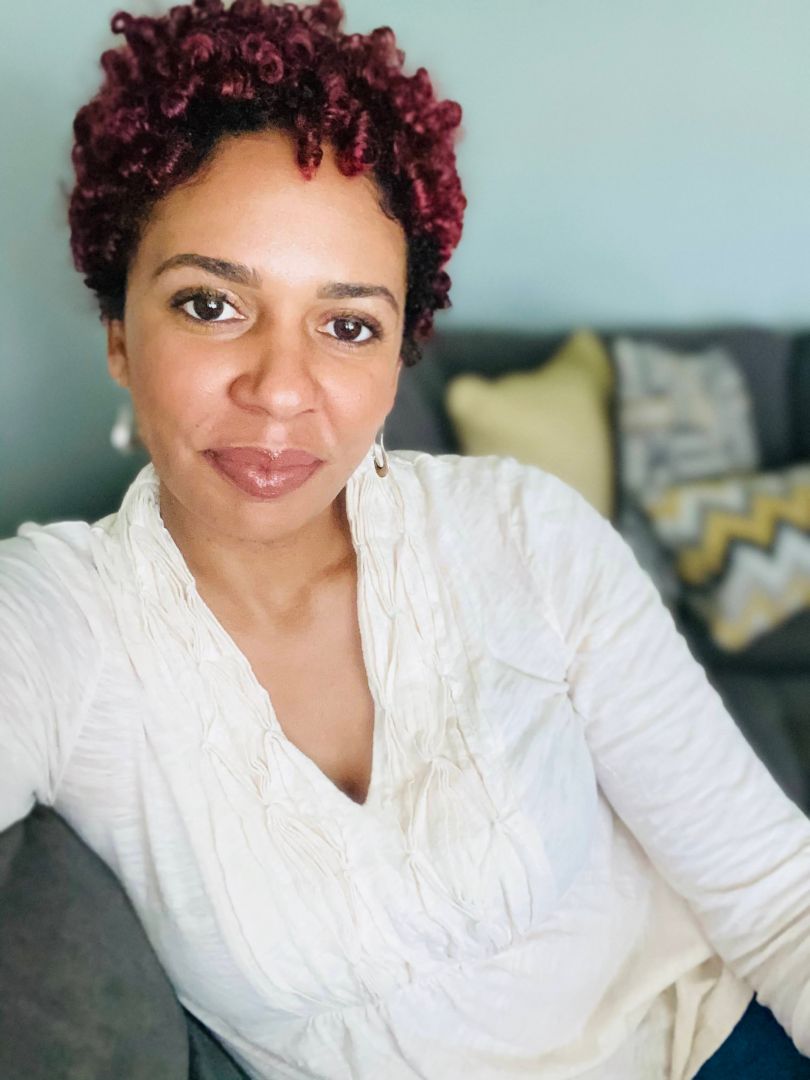 Writing is a talent that I don’t take for granted. It allows you to paint a picture in a person’s mind that may inspire them to become more engaged, answer a call to action, or even convince the most empathic voters to support an issue or a cause. At a young age, I learned the importance of communication and words; how delivery can persuade someone’s opinion or evoke emotions that a person never knew existed. Schools now describe me as a “transient” student, so I was often the new kid in school. I developed interpersonal communication skills early to quickly adjust to the new schools and meet people. Little did I know, those skills would also prepare me for my future role as a communications specialist. Read more>>