We had the good fortune of connecting with Yirser Ra Hotep and we’ve shared our conversation below.

Hi Yirser, how does your business help the community?
My business is dedicated to the teaching of a system called Kemetic Yoga. Our system is focused mostly on healing physical and psychological stress as well as the trauma that is deeply ingrained into the psyches of people from the African American and African diaspora community. Our Yoga is also from an ancient African tradition that incorporates our own cultural values and makes it more meaningful to our community. In addition to this we offer traditional African spirituality and healing which is a division of our business headed by my daughter Iyabo IfaKiyaa Faluade who is a priestess in the Yoruba tradition.

In addition to our studio in Atlanta we have built a global community of over 6,000 certified Kemetic Yoga teachers through our teacher training courses. Our teachers are taught to be agents of health and wellness in our community. Most work in areas where Yoga and holistic health practices are under-represented and conditions such as obesity, hypertension, heart disease, diabetes and substance abuse are high. We have been successful in getting Kemetic Yoga into many schools and other institutions in the US, various countries in Africa, Brazil, Europe, the Caribbean, Europe, New Zealand and Australia. We have also been able teach Kemetic Yoga in various prisons, juvenile detention centers, etc.. In response to the trauma that we sensed in our community over the deaths of people at the hands of police we instituted a course called Healing Racial Trauma Through Kemetic Yoga that reached a lot of people. This course trained Yoga instructors in various protocols to address the issues of inter-generational trauma. 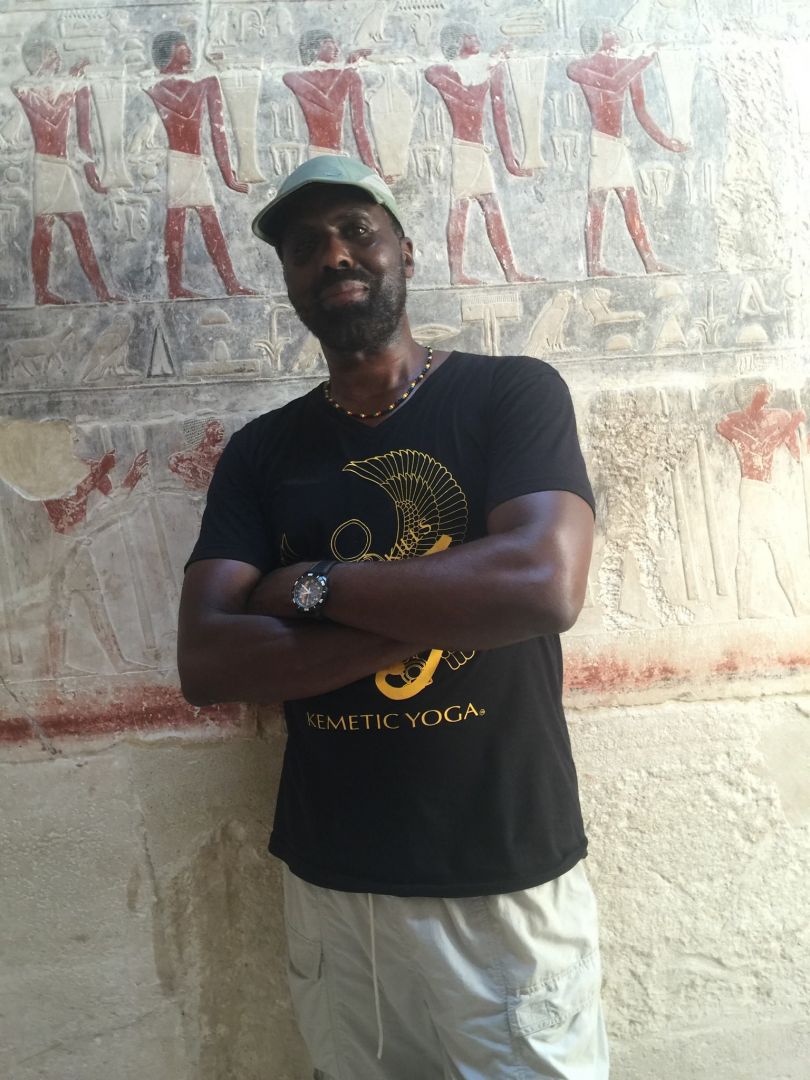 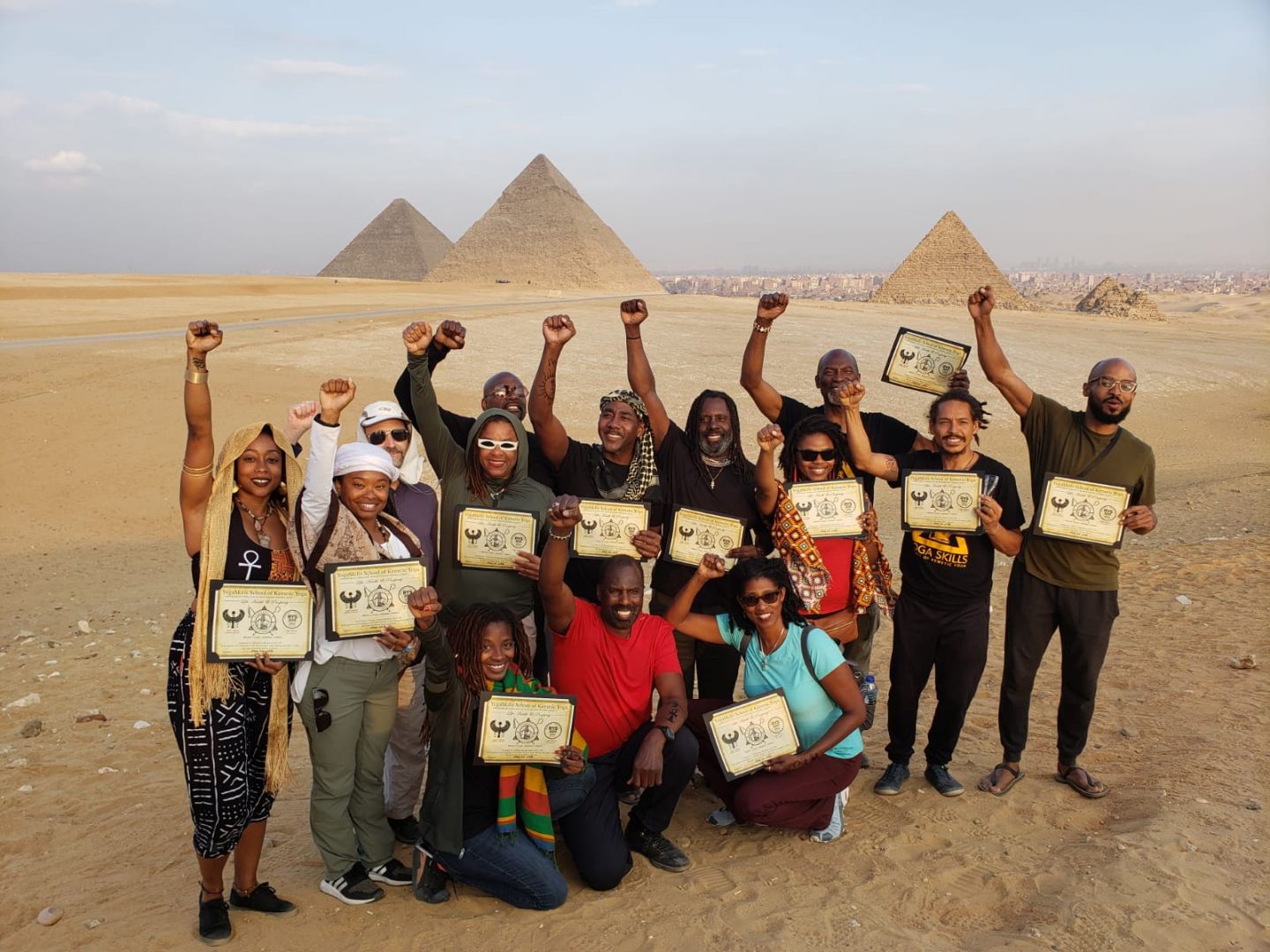 What should our readers know about your business?
We believe that we have been pioneers and innovators in the field of Yoga. I began practicing and teaching Yoga 46 years ago when it was not known or popular in the African American community. We decided early on that we would learn how Yoga and meditation were practiced in Ancient Egypt and traditional African society and create a system that was relevant to our current needs. Our other priority was to curate Yoga in a manner that was safe and effective. Our innovation was to create the YogaSkills Method of Kemetic Yoga which incorporates the Best Practices of Yoga by emphasizing the development of skills that can be learned on the mat through practice, then applied to overall personal development. Instead of emphasizing the “Yoga Butt” or getting “firmer thighs” from Yoga, we emphasize gaining concentration and focus, patience, self-control, mind/body integration as well as an internal experience of your true nature and your true power. We teach that approaching Yoga from this perspective that you will be healthier physically and emotionally and more effective in attaining your personal and professional goals. We put great emphasis on developing control over our breathing process. We believe that a missing element of mainstream Yoga is the proper adherence to correct breathing along with practice. We believe that the correct breathing will not only stimulate a deeper relaxation response but will cause the circulation of life-force through the energy channels and chakras of the subtle body and allow one to achieve a transcendent state of consciousness. It is our impression that most mainstream Yoga only puts emphasis on the physical stretching aspect of Yoga and that our approach sets us apart. Because of this we have been able to attract large numbers of people who are seeking a deeper experience from their Yoga practice than simply doing the same old poses over and over again. On that note we have also incorporated into our system Yoga philosophical concepts and movements/postures that are uniquely ancient Egyptian (African) and therefore has effects not normally experienced. We believe that our Kemetic practices put us in touch with our ancestors and open doors in the mind in terms of insights into self that are unique.

Our business has grown during the COVID-19 crisis and BLM protests as more people are seeking a deeper meaning and ability to get out of our current conundrum. In addition to expanding our online presence and video offerings, we have plans to franchise Yoga studios, create retreat centers in Africa, the Caribbean and Brazil and build communities where people can thrive and be self sufficient. We have had to overcome the challenge of bias from the mainstream Yoga community and the Yoga industry. In the beginning the Yoga Alliance refused to recognize Kemetic Yoga and the Yoga Journal edited us out of articles they published in their magazine. We are now full members of the Yoga Alliance after having had to pressure them, but Yoga Journal continues to treat us with disrespect. In spite of this we have been able to spread around the world.

One factor that I am very proud of is our traveling festival called Soul Yoga Fest. It began in Chicago and has spread toJamaica, South Africa, France, Gambia, Las Vegas, Kansas City and Atlanta. Even though we get little publicity we attract thousands of participants to this free event and are able to expose children, adults and seniors to the benefits of Yoga and other holistic health practices. 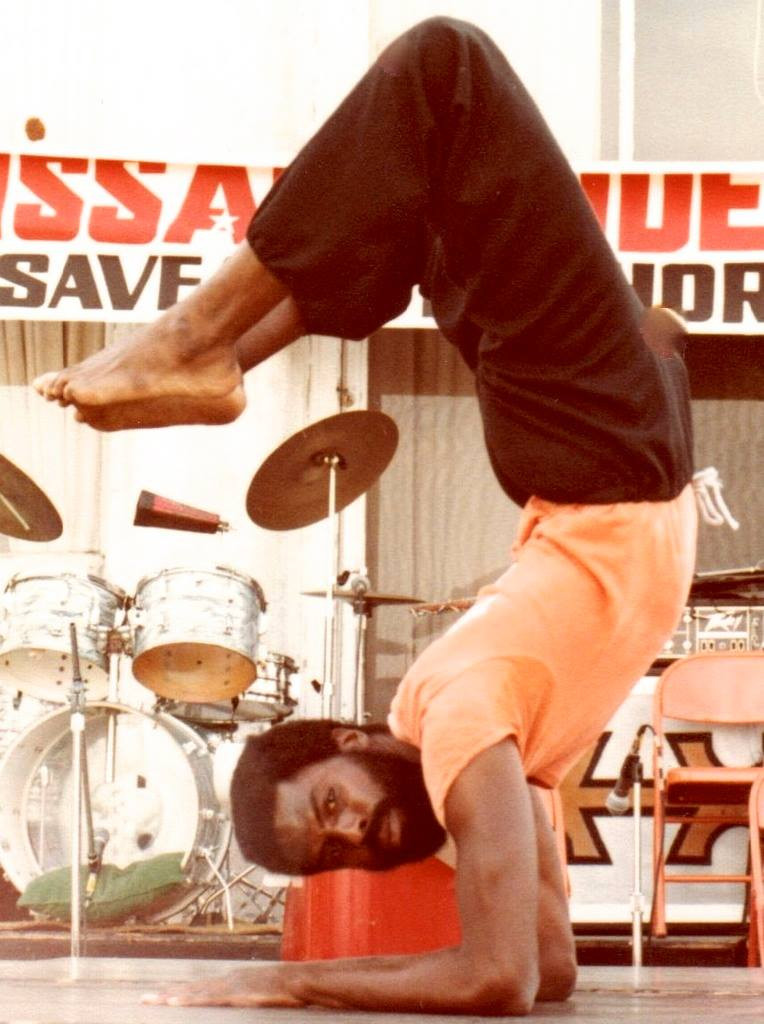 Any places to eat or things to do that you can share with our readers? If they have a friend visiting town, what are some spots they could take them to?
As a vegan I would definitely hit my favorite spots such as Herban Fix Restaurant, Wadada Healthy Market and Juice Bar, Life Bistro, Loving it Live and Tassili’s Raw Reality. Slutty Vegan is another popular vegan spot that is on the same block as our Yoga studio on Ralph David Abernathy. Since I value relaxation and rejuvenation JeJu Korean Spa would have to be on the agenda for steam, sauna and massage. I actually am a politics nerd and love the Carter Center. I would go there not only to visit the library but just to spend time doing Yoga in the park. Of course the King Center would have to be on the agenda. Atlanta has excellent bike riding paths so this is something I would definitely do in conjunction with hiking at the Chattahoochee River. The Aquarium, CNN Center and the Carlos ancient Egyptian museum at Emory University are also of interest to me. I am actually a shopper so I love the malls like Lenox Mall. I would also go to the movies at Regal Atlantic Station. We would also have to check out my friend Rodney Sampson a tech entrepreneur and found of the Opportunity Hub OHUB, author of Kingonomics and a practitioner and supporter of Kemetic Yoga. Zinah Artistic Retail a vintage clothes shop across from my studio on Ralph David Abernathy owned my friend Dionne Frazier is a place I would recommend for the cool vibes and the eclectic styles she puts together. 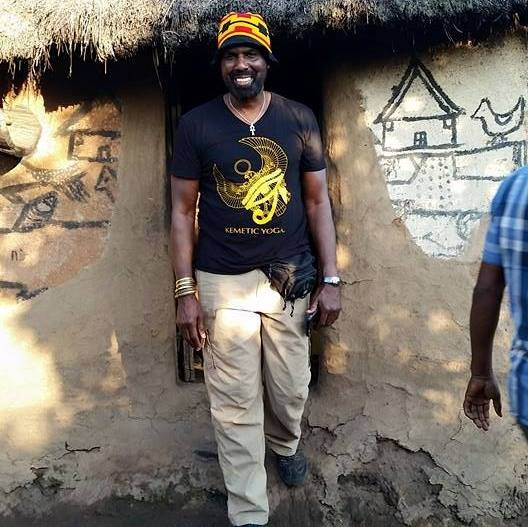 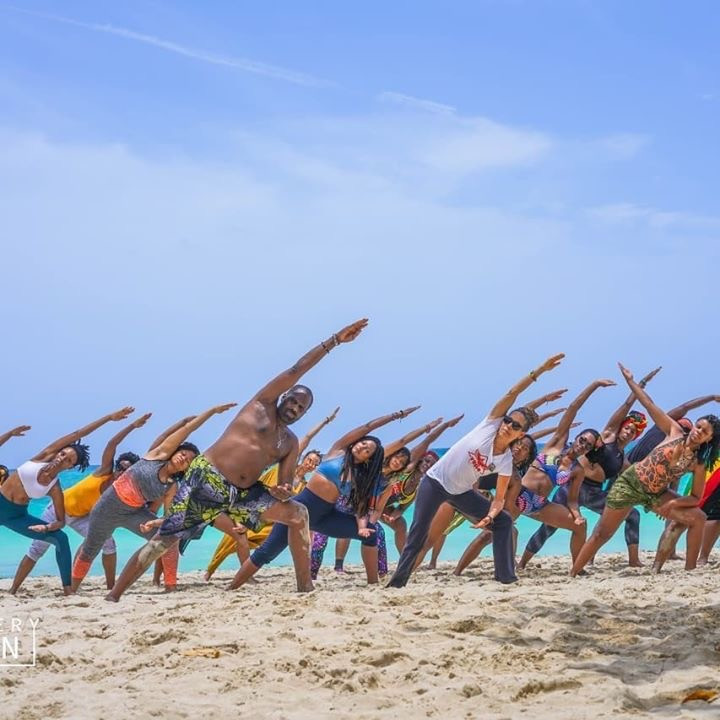 Who else deserves some credit and recognition?
My daughter,Iyabo IfaKiyaa Faluade has been a rock of support for me and our business. She has really stepped up to run the business day to day and to chart a new course and direction. I credit her with the fact that our business has survived the COVID pandemic and continued to thrive under her leadership 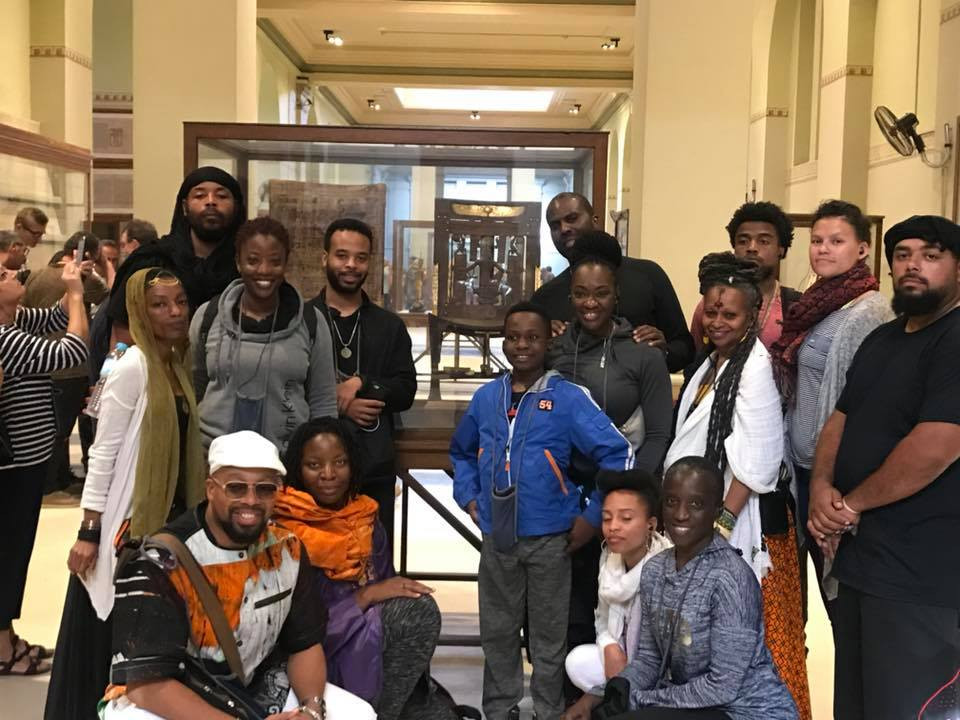 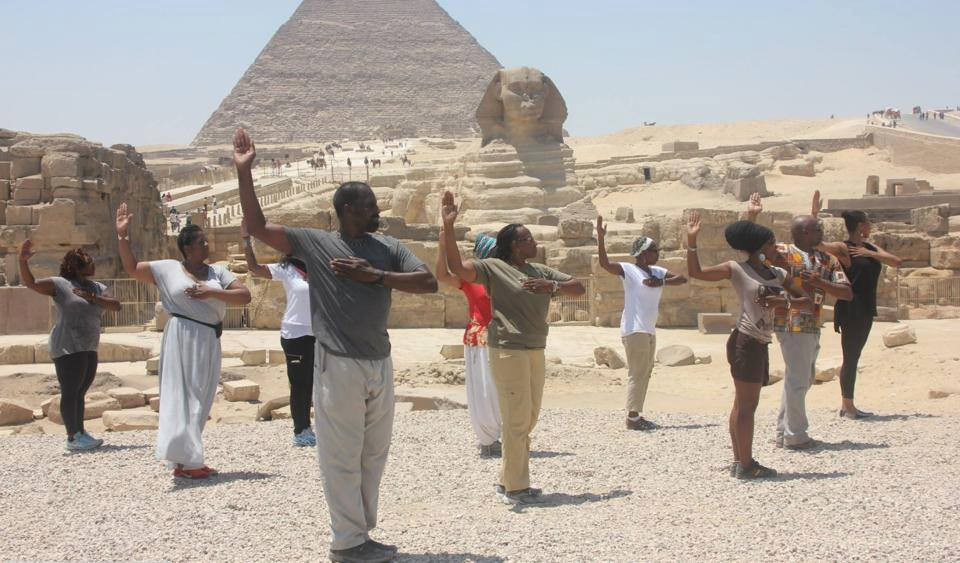